Fans of bikes and engines, feast your eyes! Today we show you a project created by Matteo “Bubba” Carrubba, owner of the Hot Bikes shop in Pietra Ligure and a lover of both bikes and engines, in particular MTB and rally … and even more specifically of Transition and Lancia Martini. Bubba is a long time user of our forums with the nickname Belin ke biker and has already had bikes featured in our Bike of the week column twice, in both cases with a Transition built up beautifully, first a Patrol and then a Scout. This time, however, he outdid himself by setting up a Sentinel with a paint scheme that celebrates the Martini Racing team, photographed together with the racing cars that have marked the history of rallies in one of the most fascinating eras of this sport. 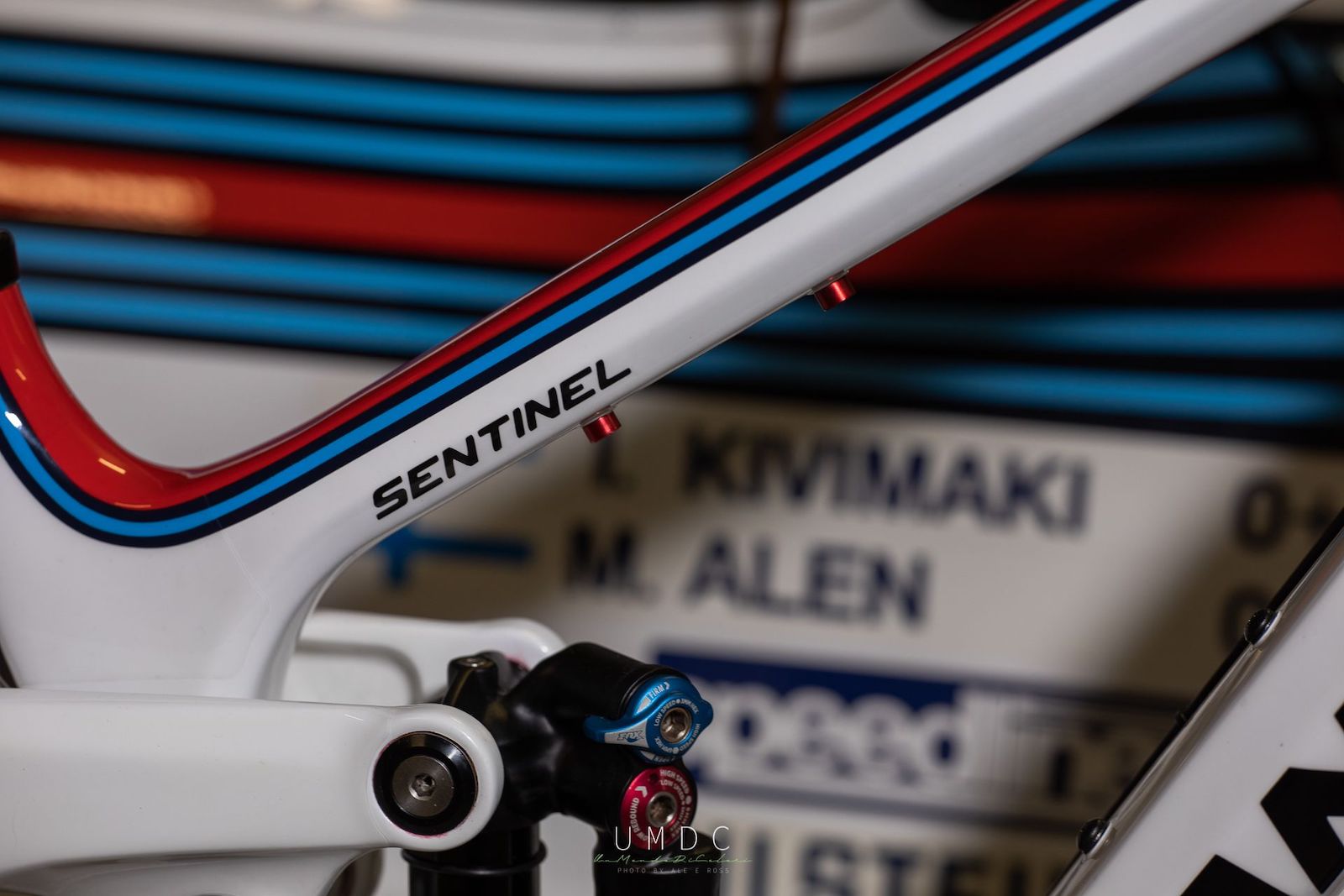 The Lancias that co-stars at Bubba’s Sentinel were kindly made available by a collector (who for obvious reasons prefers to remain anonymous), owner of several cars from the former Martini Racing team, all original and kept in impeccable condition to say the least, including quite rare examples such as the Rally 037 and the Delta S4. 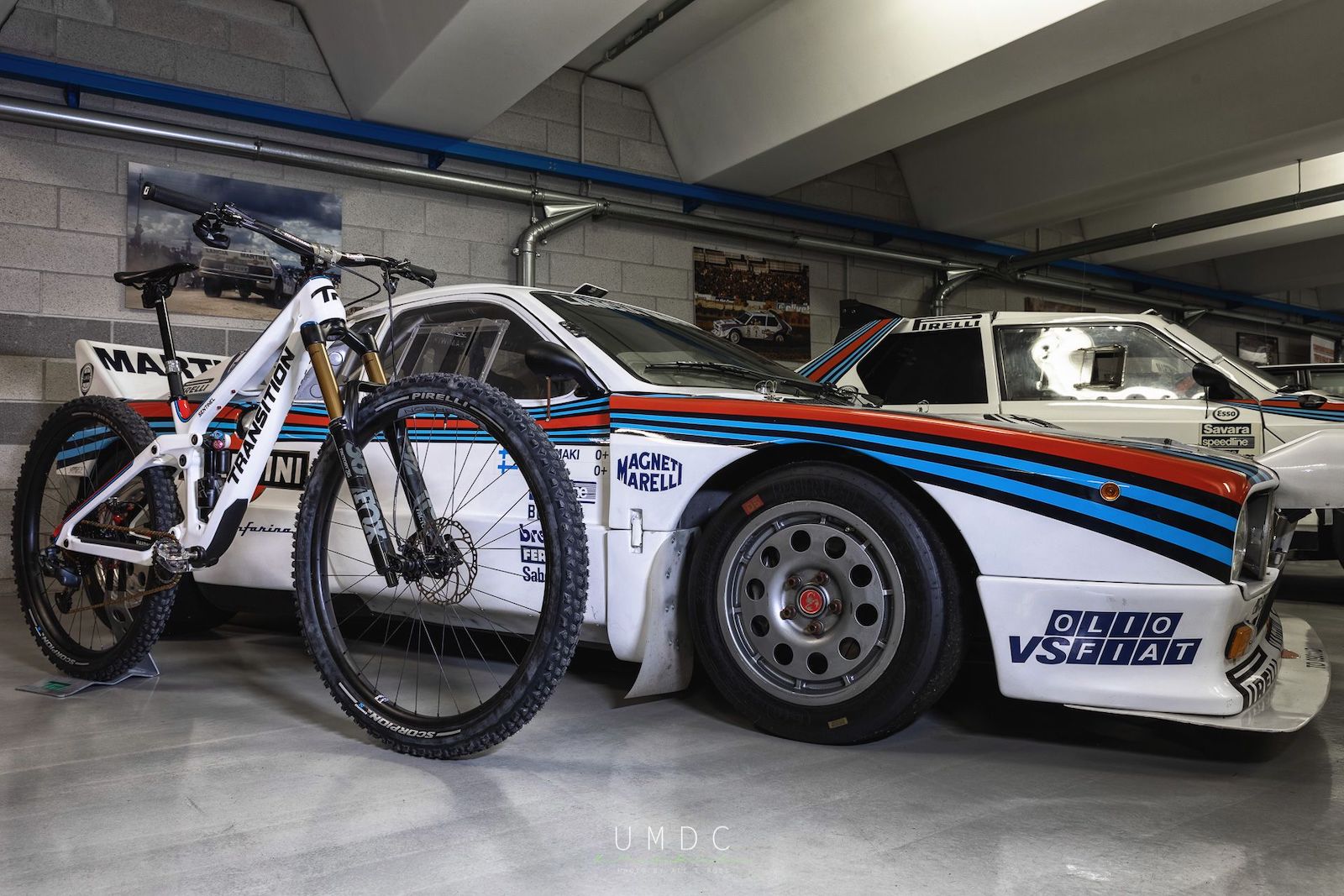 The tribute colorway to the Martini Racing team of the Transition Sentinel frame was made with skill and absolute precision by WP Aerografie. 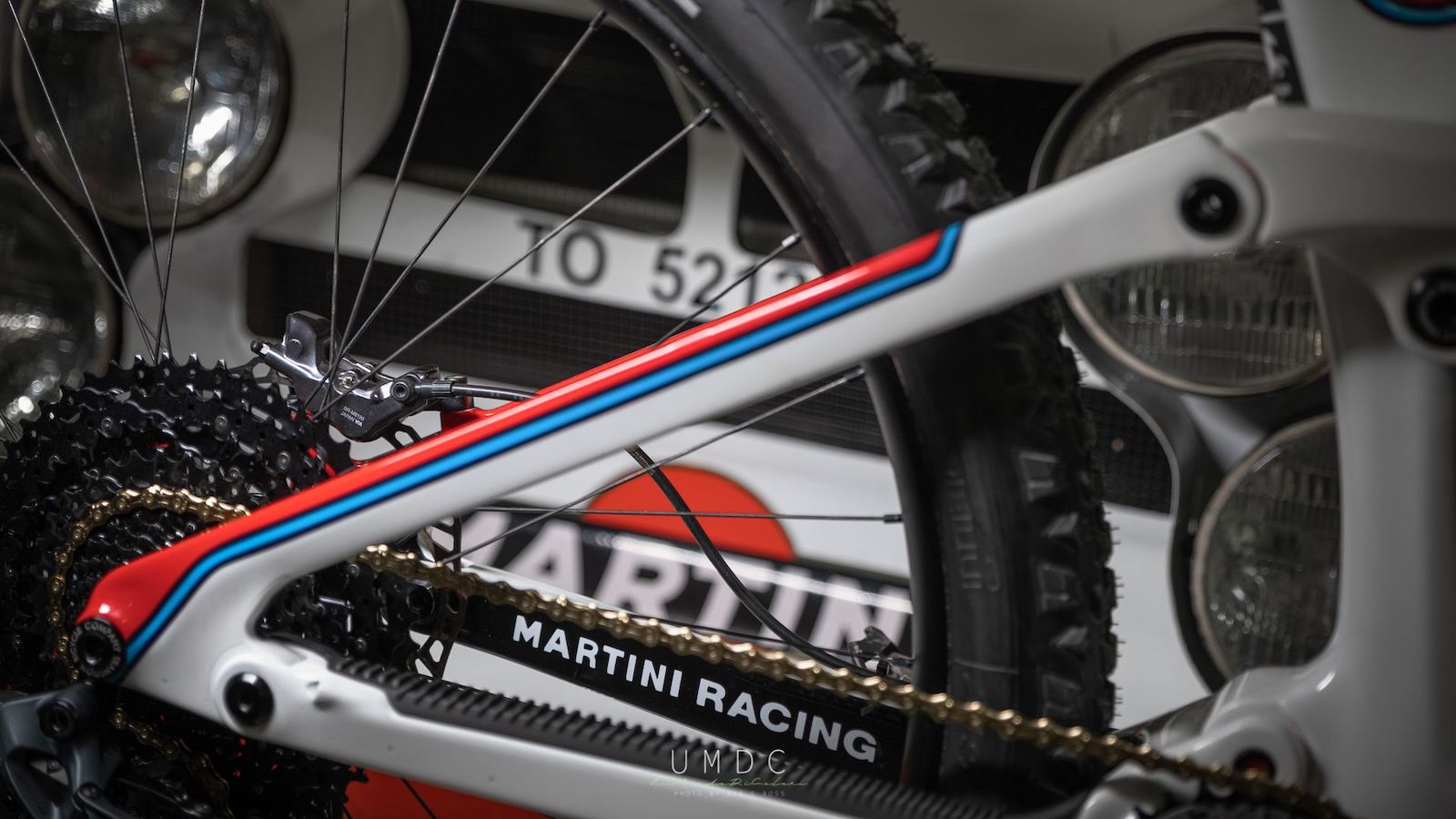 Below we discover all the components chosen by Bubba to set up his custom Sentinel which, without pedals, tips the scales just under 14 kilograms. 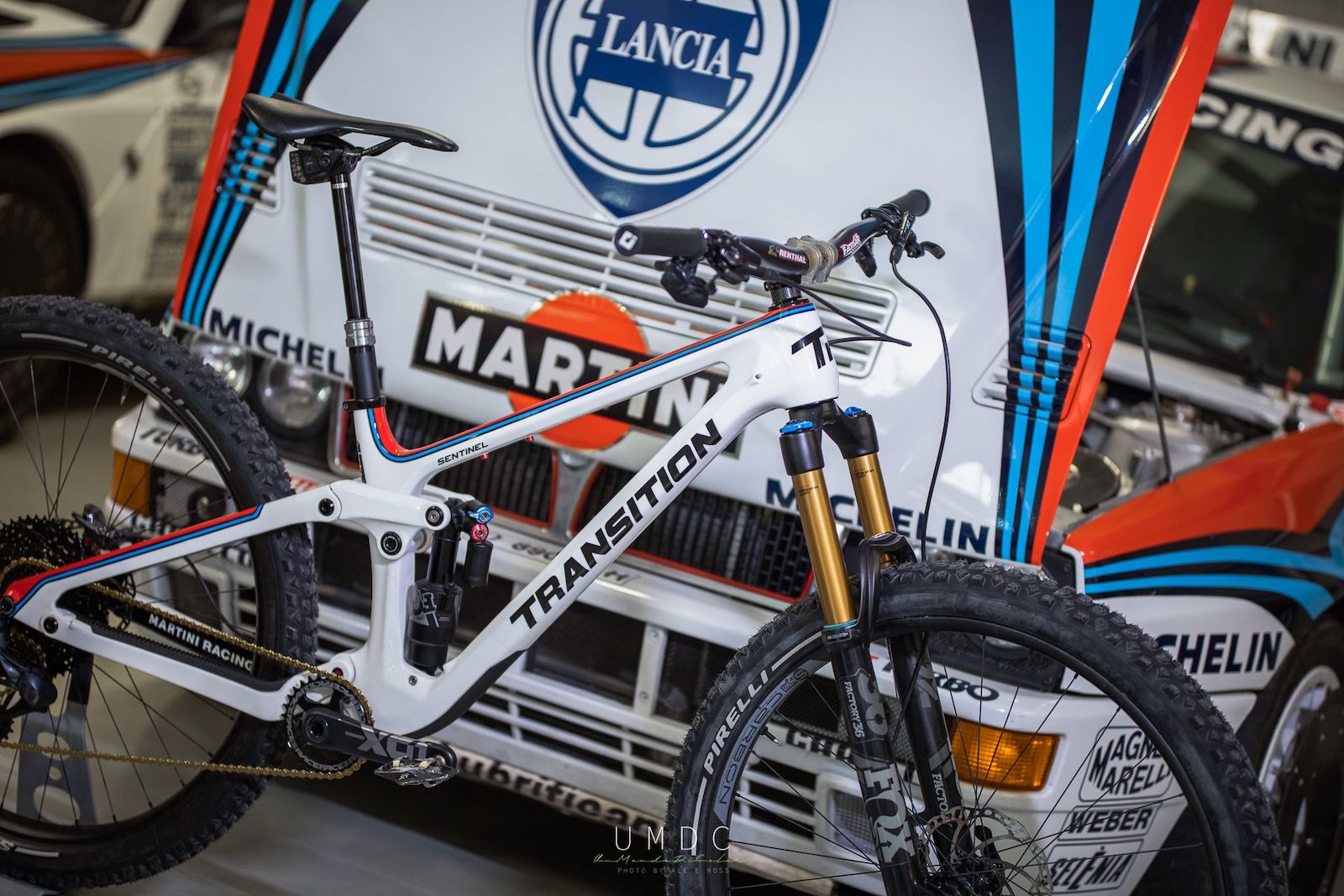 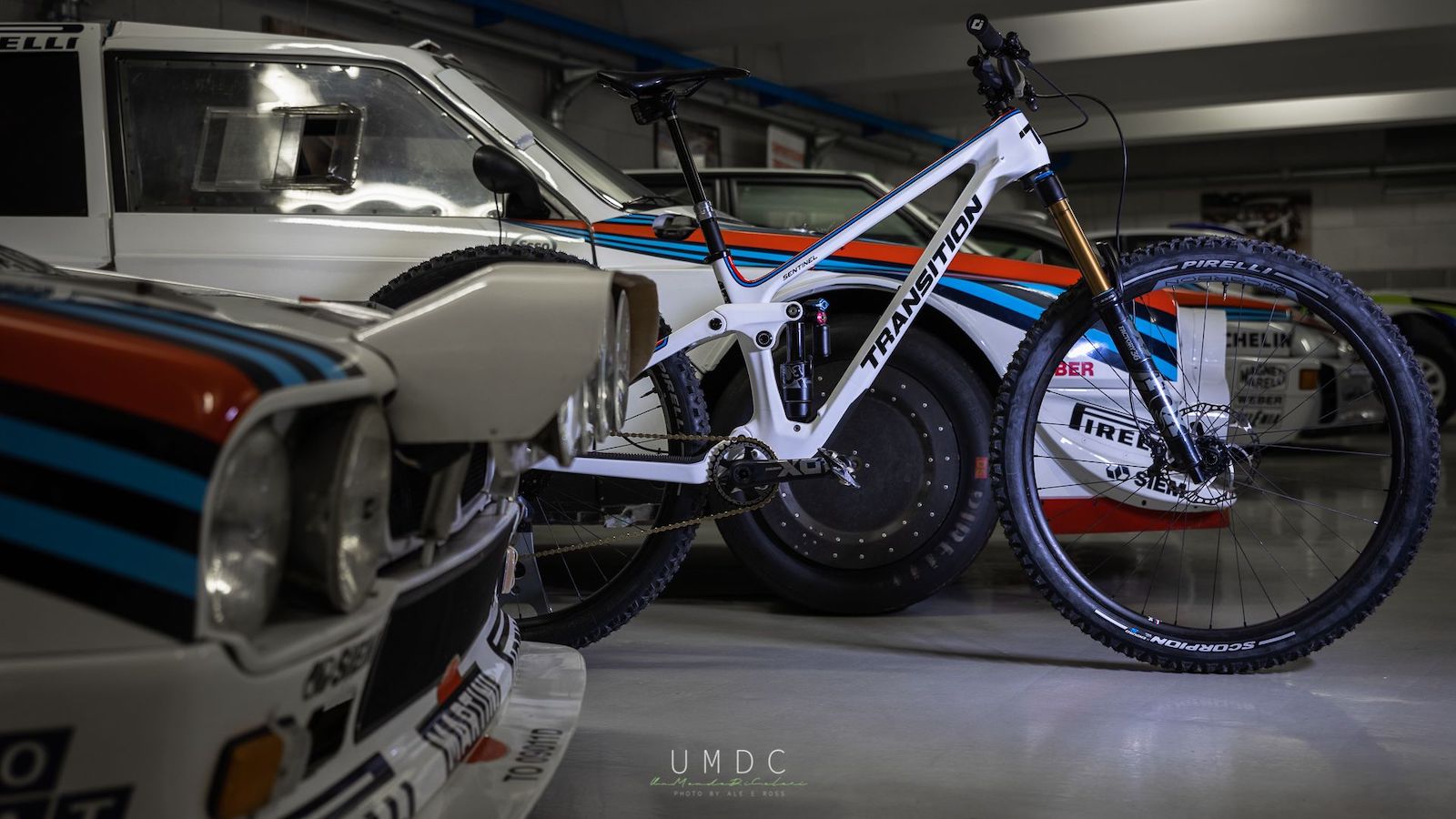 [Video] Next Peak – No Other Way