Gabriel Wibmer seems to be filling his brother’s place …

Already known for his incredible ability to blend the disciplines of Trials and Freeride into jaw-dropping videos, Gabriel has added BMX inspiration to create this new, one-of-a-kind video. Gabriel approached his sponsor Canyon with the idea of ​​producing “grind” pegs that would work on his “Spectral AL” full suspension Enduro bike. Machined from solid, these pegs were custom made in pure BMX style and represented the first step towards the realization of this new project. 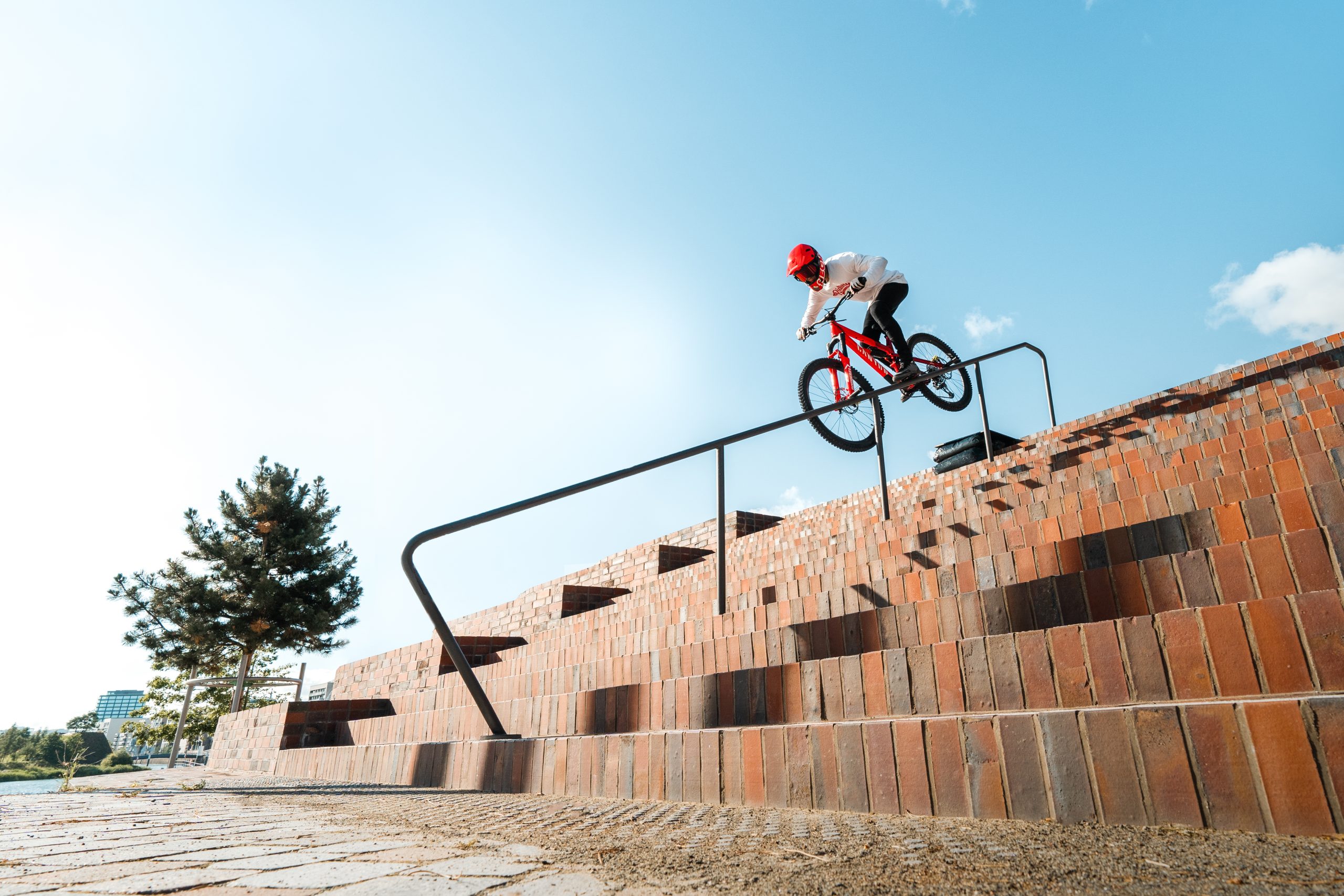 Moving from rails to Flatland, Gabriel has unlocked a whole range of new tricks, becoming familiar with the pegs and continuing to explore what is possible with this unique and rare prototype of his mountain bike. 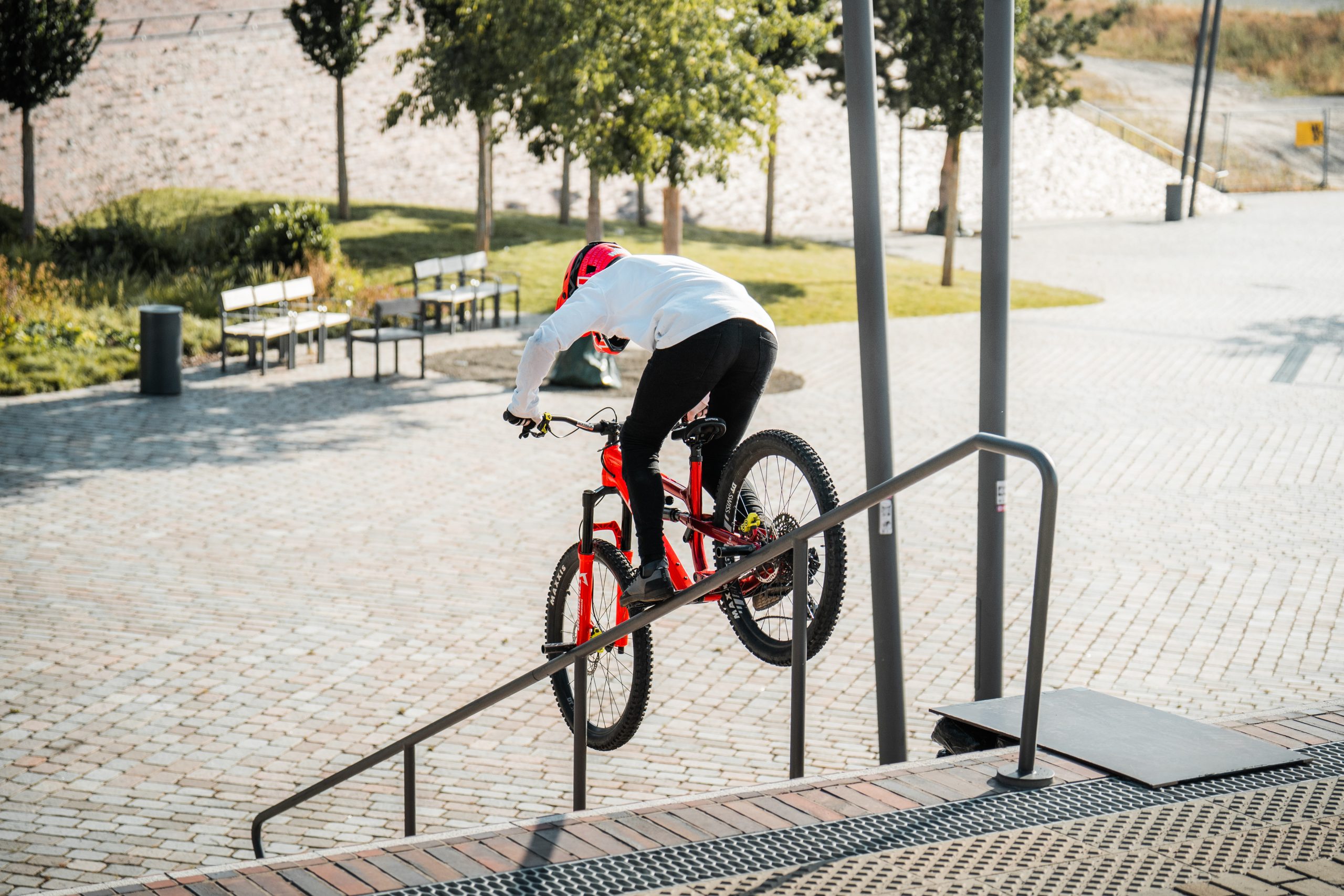 “Our idea was to merge the MTB world with the BMX one. After watching several BMX videos one thing became clear to us: we needed the Pegs!
With the help of Canyon we were able to implement this idea very quickly and in just two weeks I had a dream bike in my hands, with a custom made axle and Pegs to grind. Of course, we didn’t know right away if our idea would work, but that was what made the whole project so exciting for us.
After some initial difficulties we went to Hamburg for 14 days to shoot. Obviously not everything went according to plan, but I am very excited that we were able to bring our idea to life and implement a piece of BMX in the MTB scene ”. Gabriel Wibmer 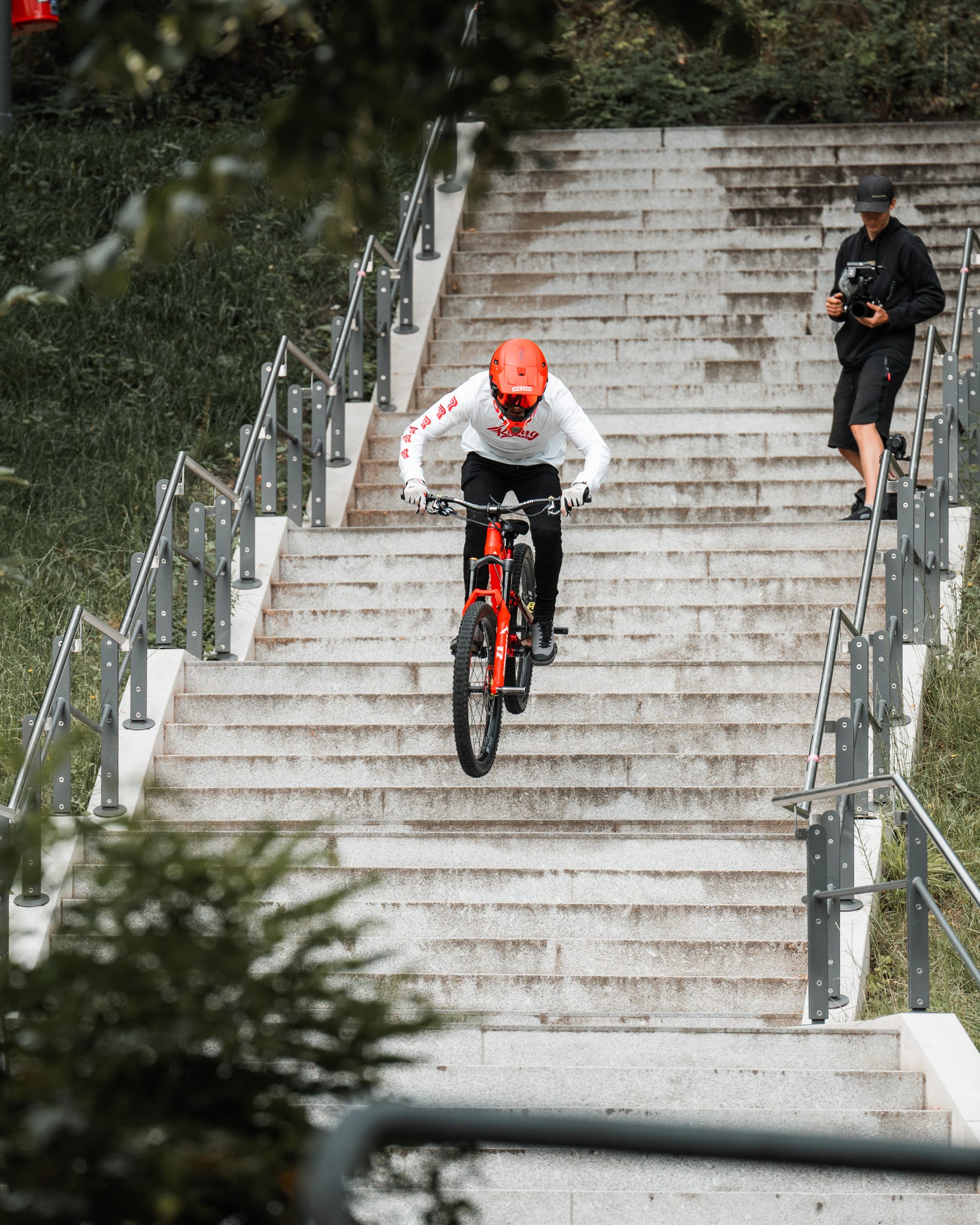