Pole is updating their line starting with the new Vikkelä, designed as a descendant of the Voima ebike from which it inherits most of the features including the “Sensei” suspension system. With the new Sensei kinematics, the Finnish brand has retired the Evolink and consequently the Stamina which has been replaced by the new Vikkelä. 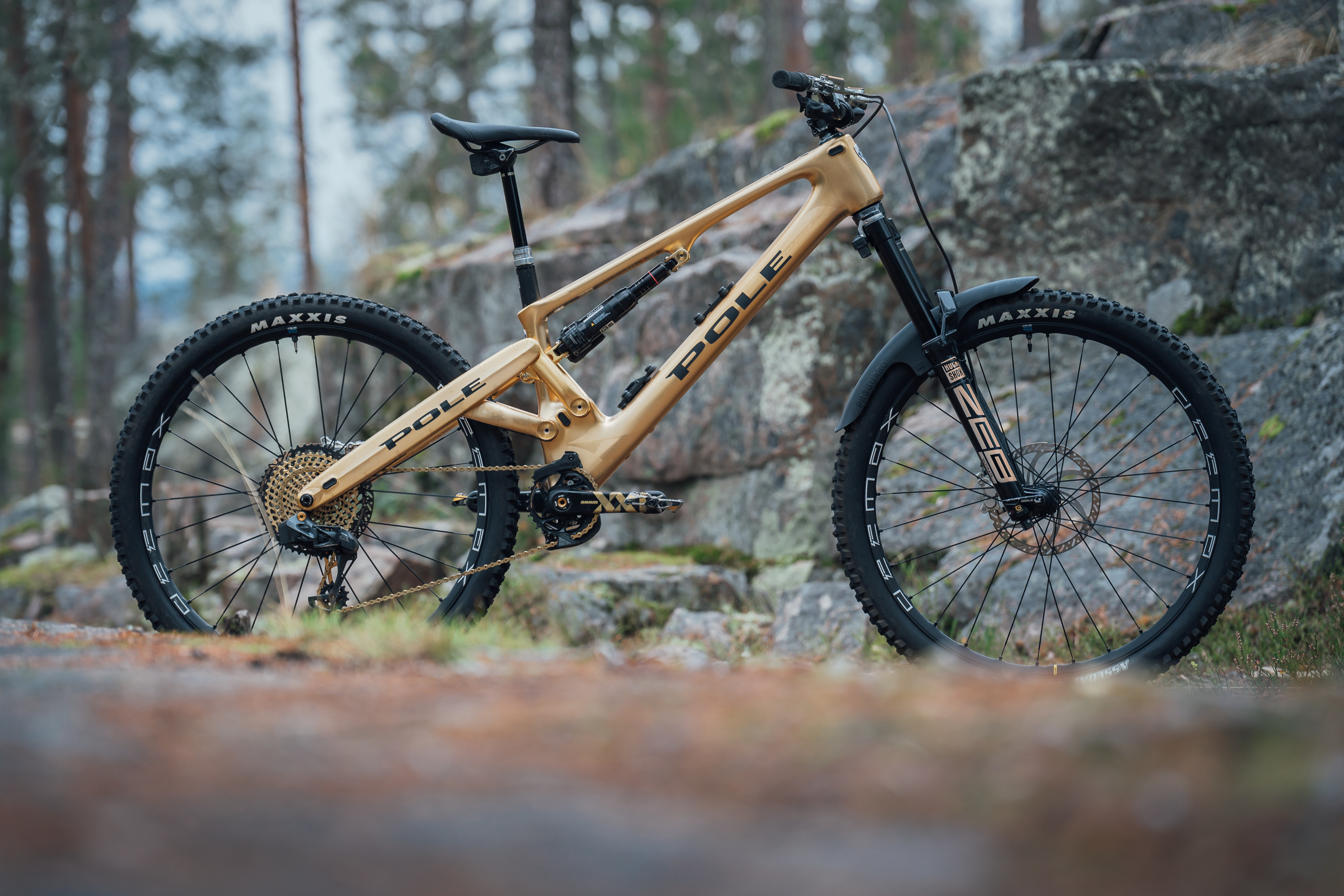 The new new model from Pole offers 191mm of rear travel that can be combined with forks from 180 to 200mm in both single and double crown options. It has 29-inch wheels front and rear and is suitable for all uses ranging from all mountain to bike park. It is described as “a DH that you can ride all day” and its name, in the Finnish language, means “agile”.

As per Pole tradition, the Vikkelä is also built in Finland with the CNC machining technique of two 7075-T6 aluminum half-shells that are bonded together. The frame has passed the EFBE tests for certification in category 5 and is guaranteed for 5 years with a weight limit of 140kg for the whole bike / rider. The weight of the complete bike varies from 14 to 17kg depending on the build. 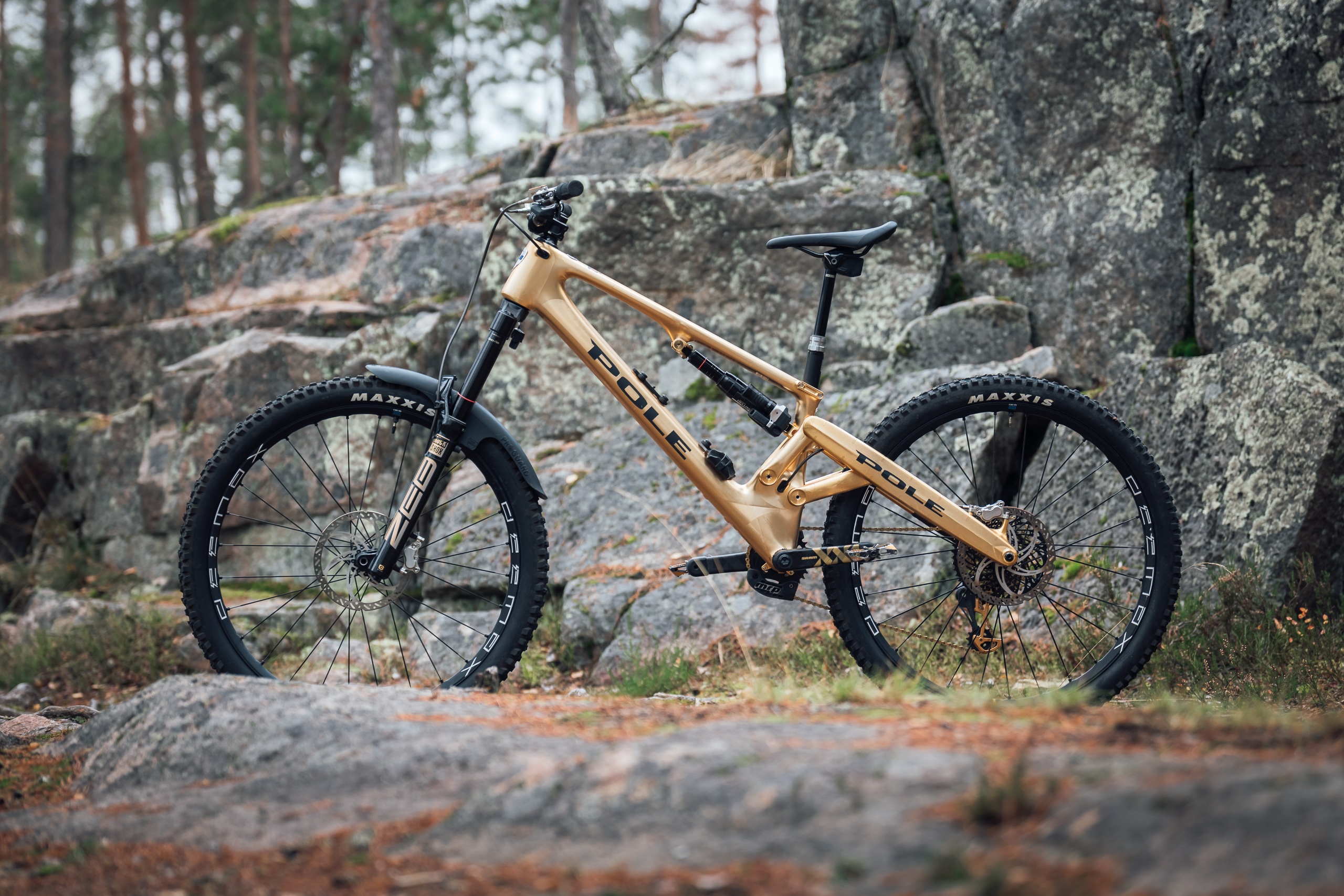 It is fair to say that Vikkelä was born around the new Sensei suspension system. This suspension system in turn was created so that Pole could make an electric MTB, since the previous Evolink kinematics, with its linkage was concentric to the bottom bracket, and thus did not allow the adoption of the motor. The results pleased the founder Leo Kokkonen and Pole’s riders so much that the production became devoted to the design of the Vikkelä with Sensei, and so the Stamina was discontinued. 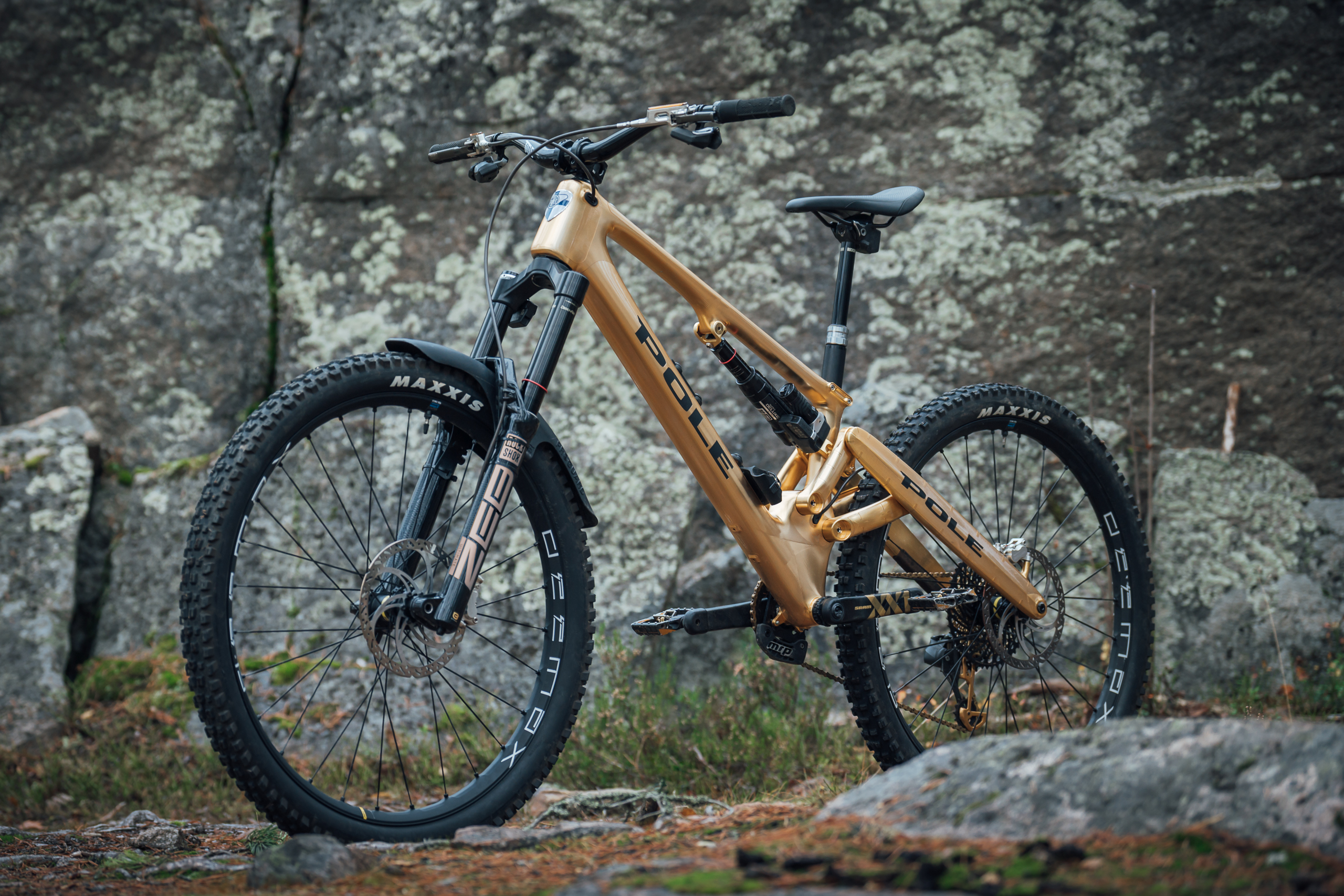 An interesting aspect of the Vikkelä is the possibility to mount two different main pivot options of the suspension system to adapt the lateral stiffness of the frame to your riding style. The normal axle determines a good stiffness which allows adequate precision and at the same time makes the Vikkelä sufficiently forgiving and comfortable. The “race” pin greatly implements the lateral stiffness of the Vikkelä and makes it suitable for racers and those who really push the bike to the limit and seek maximum precision at speeds well above average – stiffness that would be excessive for an amateur level rider. 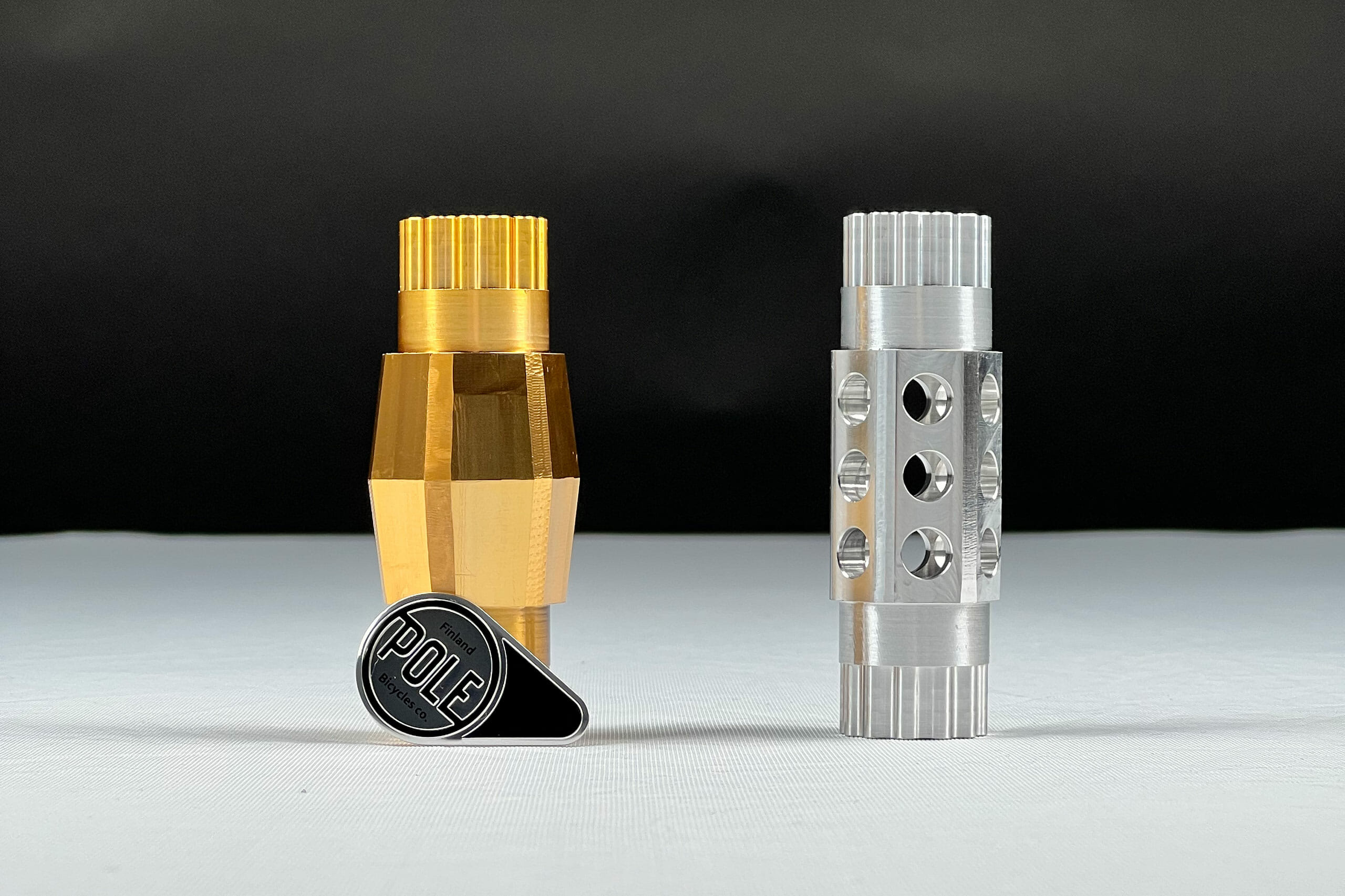 The geometry is rather aggressive but all in all adequate for the human powered pedaling that the Vikkelä allows, thanks to the very stable suspension system, despite the long travel. The height of the bottom bracket is rather high compared to the average bike – a deliberate feature that emerged from the testing of the Vikkelä prototypes during its development.

The Vikkelä is available in 2 different configurations which can be customized at the time of purchase. The priciest starts at €6,835 while the second option starts at €5,500. It is also available as a frame/shock combo starting from 3,926 euros. The standard color is raw aluminum while for the other two colors, gold and gray, 350 euros will be tacked on.