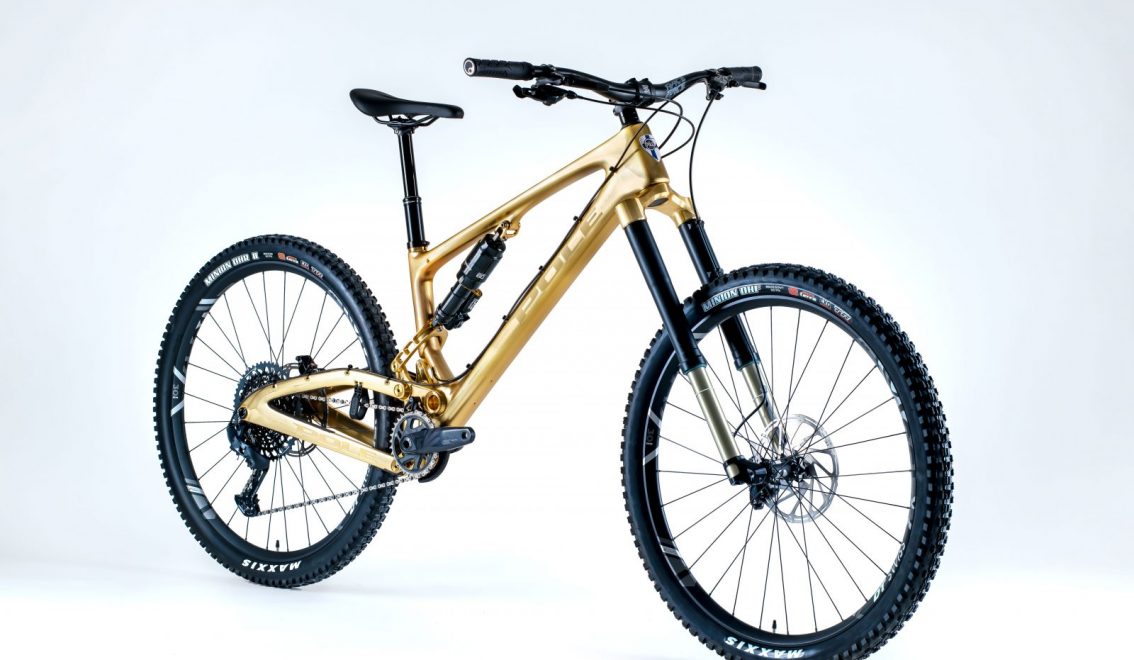 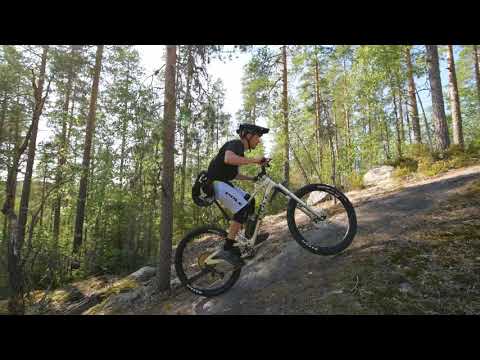 Thank you for waiting

Over the past three years, there have been ups and downs at Pole. Since ditching the carbon project for ethical reasons, we didn’t really have a clue where our future path led. In 2018 we introduced a completely new manufacturing method to the industry which has since been adopted by others. Some brands have decided to weld their frames and others have decided to bond them, but they have all decided to CNC-machine their frames in-house and locally.

We believe in the technology that we have created by adopting already well-known bonding methods and applying them to mountain bikes. We also believe in 7075-T6 aluminum and the ability it allows us to create stronger bikes that weigh less. As we now have several patents under our belt, we are keen to push even harder and keep challenging the boundaries of what’s possible. 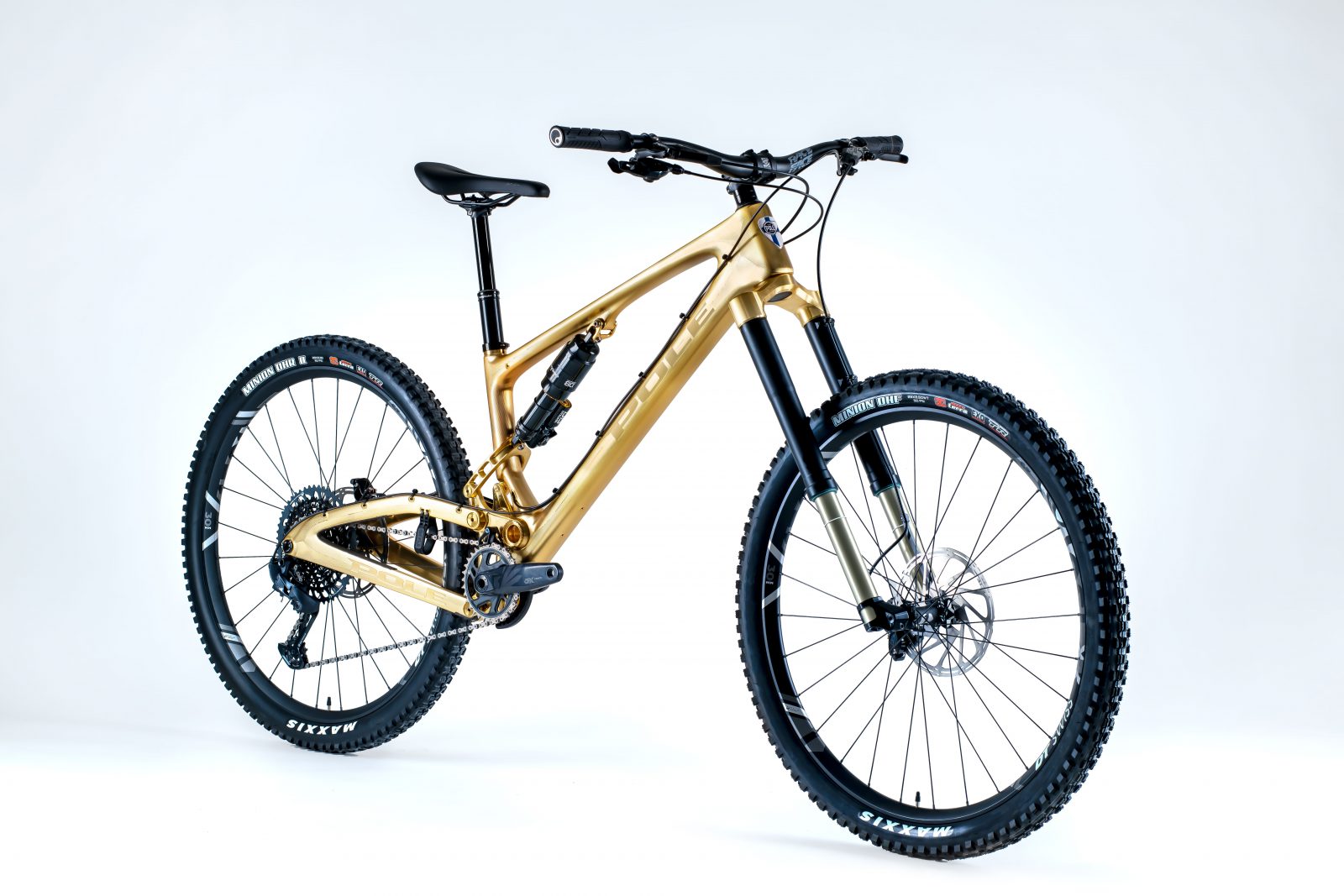 Pole Bicycles and the Stamina were probably one of the most talked-about bikes in 2020. After the successful Fastest Trail Bike review in Pink Bike, the Stamina test bike suffered a swingarm failure during their ‘Huck to Flat’ feature. A mix-up between a lighter pre-production chainstay and a standard production chainstay led to a costly mistake – not only for the outcome of the review but also to us as a brand.

We redesigned the rear swingarm and created an even stronger new patented construction – the ‘Dog Bone’.

It was also well known at the time that our customer service requests weren’t being answered in a reasonable time frame. Customers felt that we weren’t really listening to their problems and customer’s needs were not being met as efficiently as expected.

We’ve taken significant actions since to improve the overall quality of service and cut down the time taken to answer customer’s inquiries. Again, we broke it and we own it.

This has made us even more determined to reach the quality that our customers expect and to keep pushing the boundaries to surpass these standards. 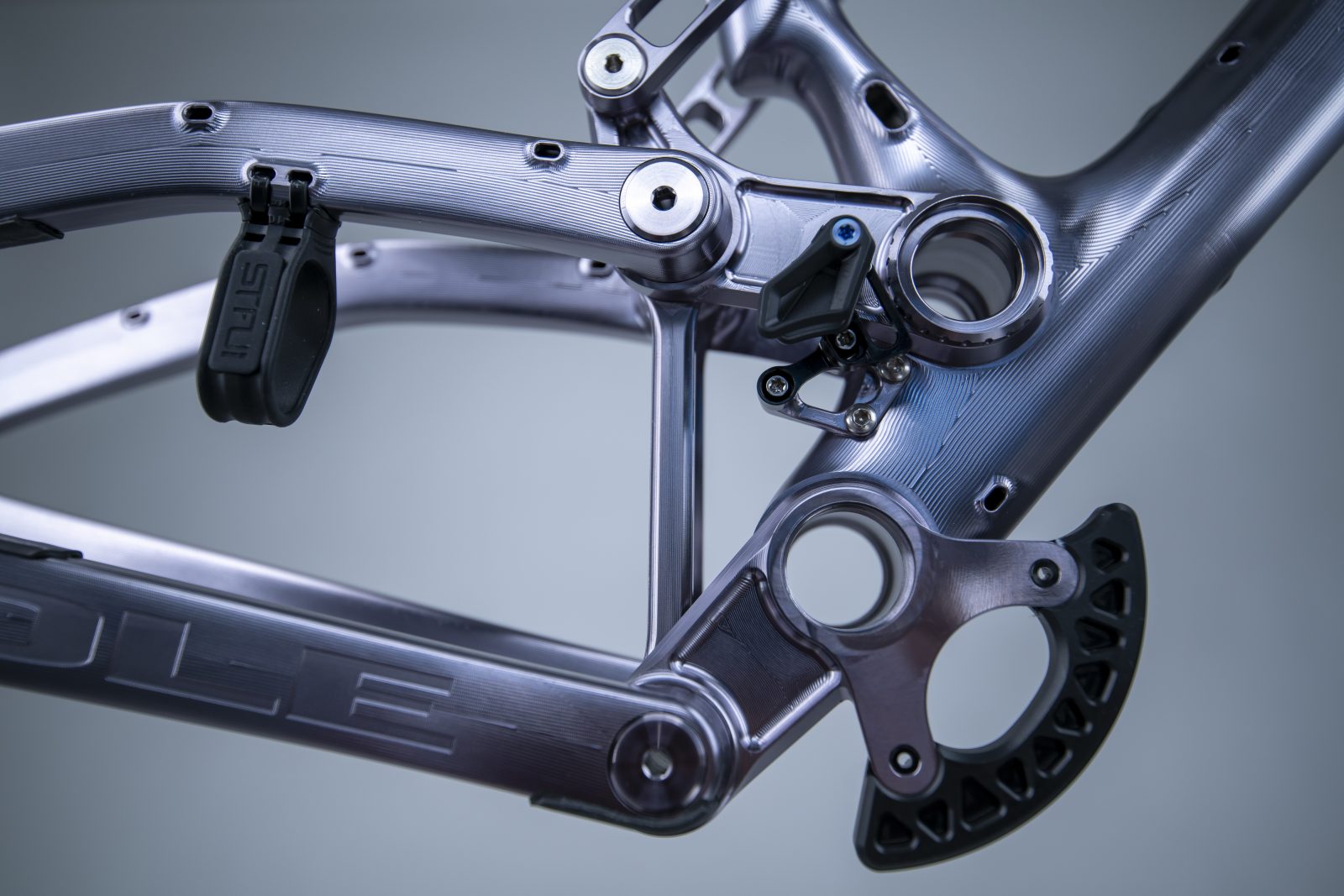 Three months ago we started a program to revive, rebuild, and regain the trust in Pole Bicycles. We have completely overhauled the customer service and quality control processes. We have a new Marketing Manager based remotely in the UK, we’ve hired an experienced Supply Chain Manager, brought a Brand Manager onboard, and implemented new protocols in both Customer Service response and Customer Aftercare.

In February we doubled our floor space at our new in-house production facility in Finland, our processes have been streamlined and we have a bigger production and assembly team so that we can keep up with orders.

As a result, so far CNC frame production is running better and the quality of Customer Service has been improved.

We also have a load of exciting news of other improvements we’ve made recently, that we feel will lead the way in achieving more refined products and service for our customers.

Pole Bicycles is under new management and we are determined to do everything better.

We take every failure, however significant, extremely seriously and will always act accordingly. There is not one single reason that has been found behind the small number of failures we have experienced, and each had its own specific set of circumstances. Never ones to rest on our laurels though, refinements are always necessary to lead the way to a perfect bike.

Mechanical testing to the highest standards

We are 100% confident in our manufacturing method and materials used on our CNC frames. So much so that we sent a Stamina 180 frame to EFBE in Germany to put it through its paces. We are so pleased to say, not only did it surpass the recommended standards for frame testing in the industry, but the Stamina frame has been awarded the EFBE TRI-TEST® Gravity Cat-5 Certified seal.

The TRI-TEST® is EFBE’s proprietary development, which goes way beyond the established national and international standards and reflects the specific challenges faced by modern bikes. With its three modules – fatigue tests, maximum load tests, and overload tests – in various load cases, it provides a time-lapse simulation of the stresses throughout a bike’s entire life. The Stamina frame had to undergo eight individual test stages to be awarded the seal of approval.

“We are happy that Pole Stamina passed our EFBE TRI-TEST GRAVITY with flying colors – the most comprehensive and realistic test program for DH and Enduro bike frames, going way beyond ISO 4210 requirements with increased test forces and added load cases, which reflect the harsh realities for a modern long-travel Enduro frame.” – EFBE Prueftechnik GmbH

Not content with that, we asked EFBE to carry out the ISO test on the frame also which it passed. But we still wanted to see just how far we could take the frame. We wanted to break it! So we asked EFBE to carried out the ultimate frame failure test for us – the Casing Test. Not many frames live to tell the tale from this test. Against all the odds and after downward frame forces amounting to 6000Nm for ten seconds, the Stamina frame still refused to give up and passed.

The proof is in the testing and Stamina passed.

Since its release, the Stamina 180 has been a landmark in enduro and gravity bike development. The category of long-travel 29-inch bikes that were capable descenders but could still be pedalled uphill was non-existent. Stamina combines big-hitting capabilities in an efficient package that is still very much ahead of the curve.

Listening to our customers and following our R&D, we have made some small but very significant changes to the frame internals. Changes such as increasing frame wall thickness, increasing the bonding surface for each frame half, creating keyed headset inserts, and adding reinforcement walls to the top tube to prevent bike stand clamp crush damage.

We have listened to our customers and the message was loud and clear: They want their RAW finished bikes to look amazing for longer. Not everyone is a fan of the patina that forms on the frame surface over time. The machined finish also requires a little more attention to which chemicals are used for maintenance. Wet paint or anodizing was not an option for us because we did not want to cover the pure awesomeness of the machined surface. To address this, we’ve created an area in our new manufacturing warehouse and invested a good deal into industry-leading equipment that can offer a long-term solution. A unique and innovative surface treatment machine. 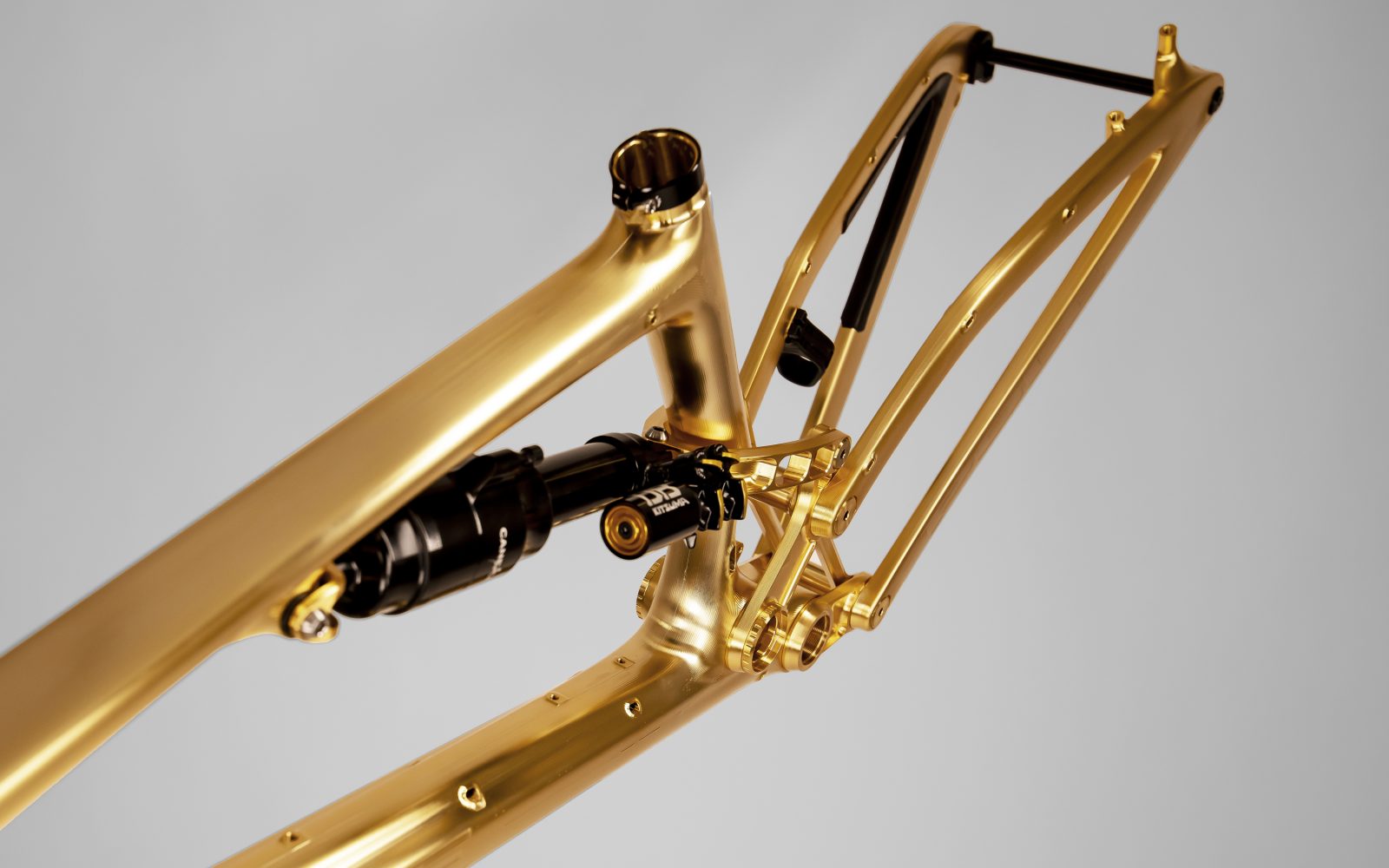 Going Electric – This is NOT anodising

After extensive studying and testing, we chose to go with Electrophoretic Lacquering. Something you haven’t heard about before? That’s not surprising, because its use in the bike industry is unique and as far as we know, never been done before. This type of surface treatment is mostly used in industries whose applications have to resist mechanical strain and environmental impacts like salt, but it’s also commonly used in the jewelry industry. The coating system has a harder surface than anodizing and being completely clear will look the same as the RAW surface.

As the name suggests, the process involves electricity and exposing the processed part to different solutions. First, the surface is cleared from aluminum oxide and other materials present in the alloy, like zinc, copper, and magnesium. Then an electrical circuit is made between electrodes and parts being processed. When voltage is introduced to the solution, the lacquer attaches to the surface of the parts. Finally, the parts are cleaned and placed in a low-temperature oven to remove any moisture and residue left over.

The resulting finish is very durable, and impressively only a few microns in thickness. High tolerance parts like bearing races and threads are also completely unaffected by the process. 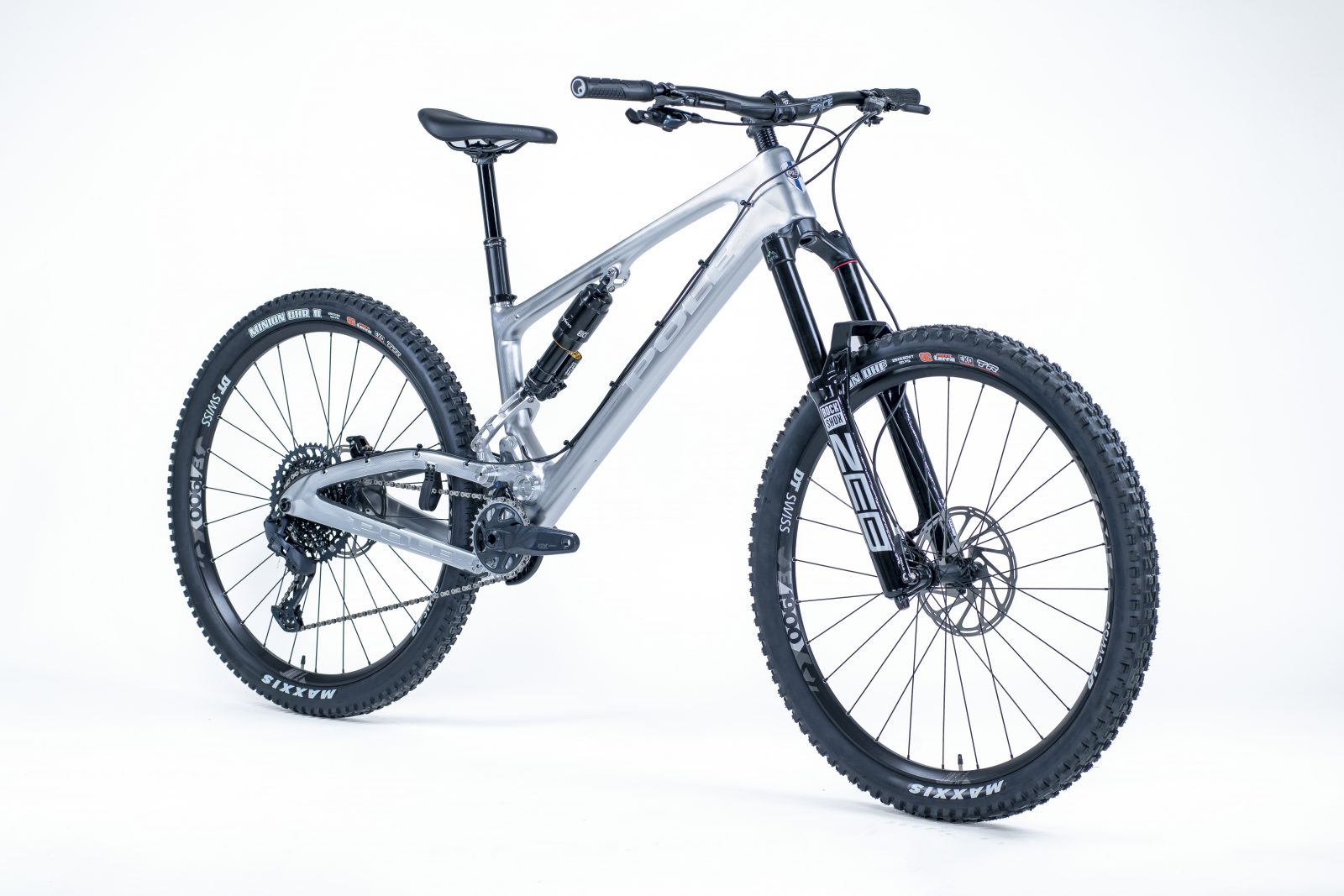 As with our in-house CNC manufacturing process, we wanted to keep our environmental impact as low as possible and always a high priority. In general, the business of surface coating involves chemicals of the worst type, and we wanted to stay with the most environmentally friendly option possible.

When it comes to green factors, Electrophoretic Lacquering ticks all the boxes. It’s a fully closed system that does not involve any heavy or toxic chemicals and all the wastewater is securely stored in tanks that are later recycled. Unfortunately, the same can’t be said for some other commonly used coating processes used in most industries.

As the whole treatment is done in-house, it also gives us complete control of the processes and its by-products.

Production at our new on-site clear coat surface treatment facility is now fully operational. All Stamina frames ordered in April and going forward will have the new clear coat Electrophoretic Lacquer applied as a standard procedure.

Along with the standard clear coat lacquer, the new process allows us to create colors too. So far we have successfully applied, tested, and created True Gold and Storm Grey.

True Gold and Storm Grey will be available as an additional option first off and can be included on all stamina frames for a limited time. 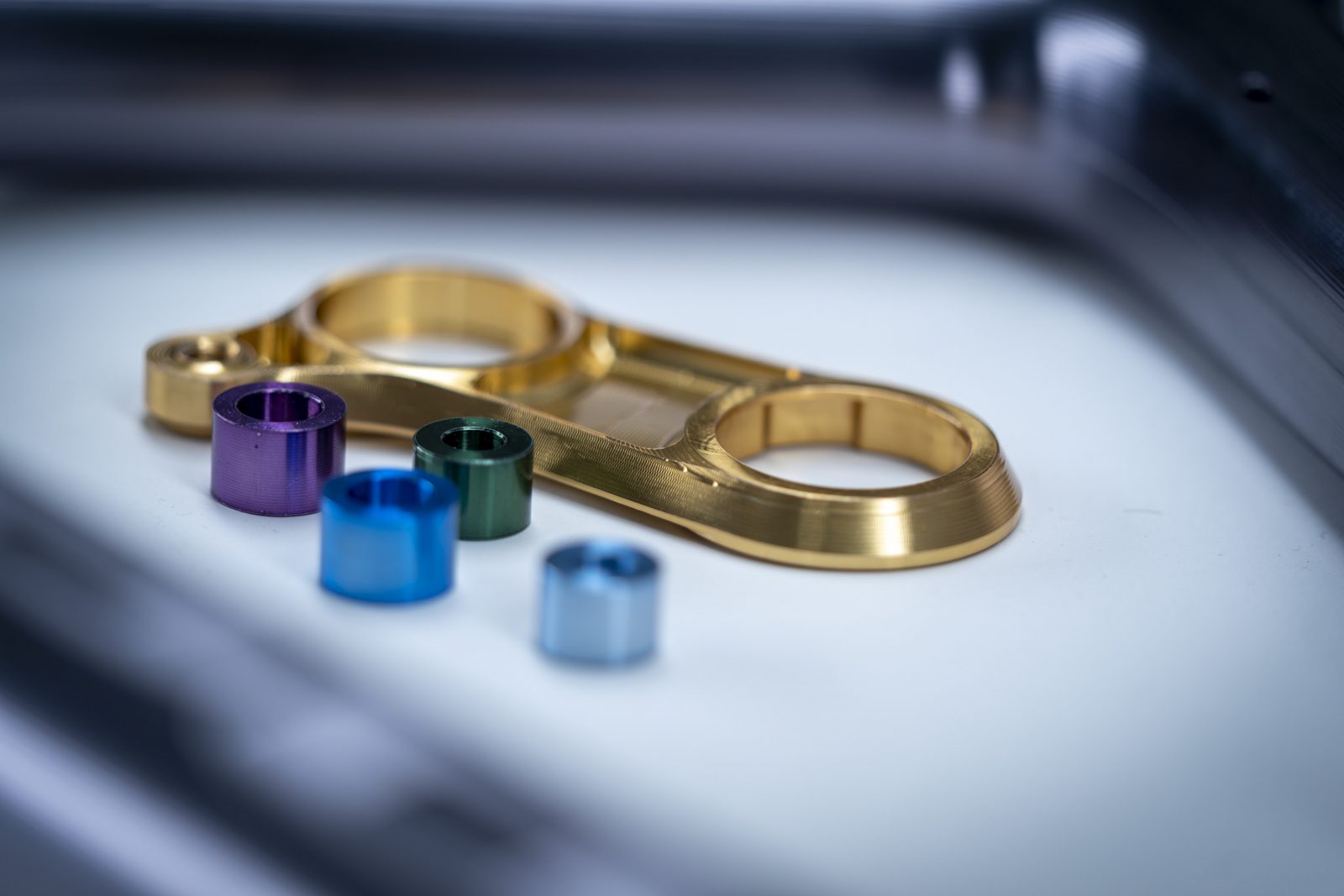 Kicking off with Total Gold and Storm Grey, we have big plans to offer limited color runs on all Stamina frames going forward. Storm Grey and Total Gold will be available as an additional upgrade to any Stamina from 250€ for a single colored frame.

If you’re wanting to add even more color combinations to your frame, we’re offering the same color options to all shock yokes and links on Stamina frames for 100€.

As an introductory offer all Stamina’s purchased between now and the end of April, customers will be able to choose True Gold or Storm Grey in addition to the standard Raw Clear for FREE.

As more colors are introduced in the future, the option to totally customize your Stamina frame will be endless. 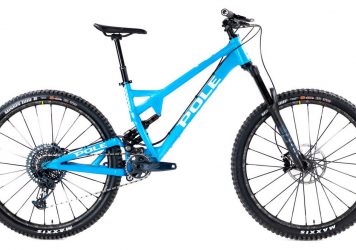