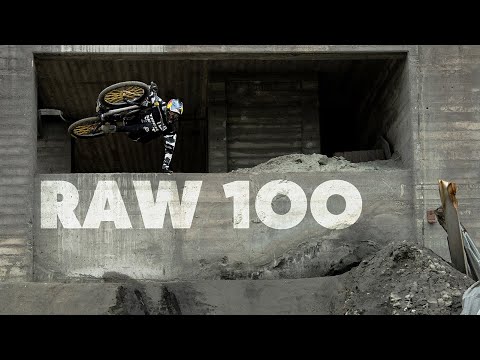 Another year and another mind blowing experience shooting RAW100 with Brandon. If you’ve payed attention to all six of these edits at this point, you might be wondering when the progression will ever slow down. Well, so am I…In the meantime, here is an inside look at what went into the build, the filming and riding on this project. 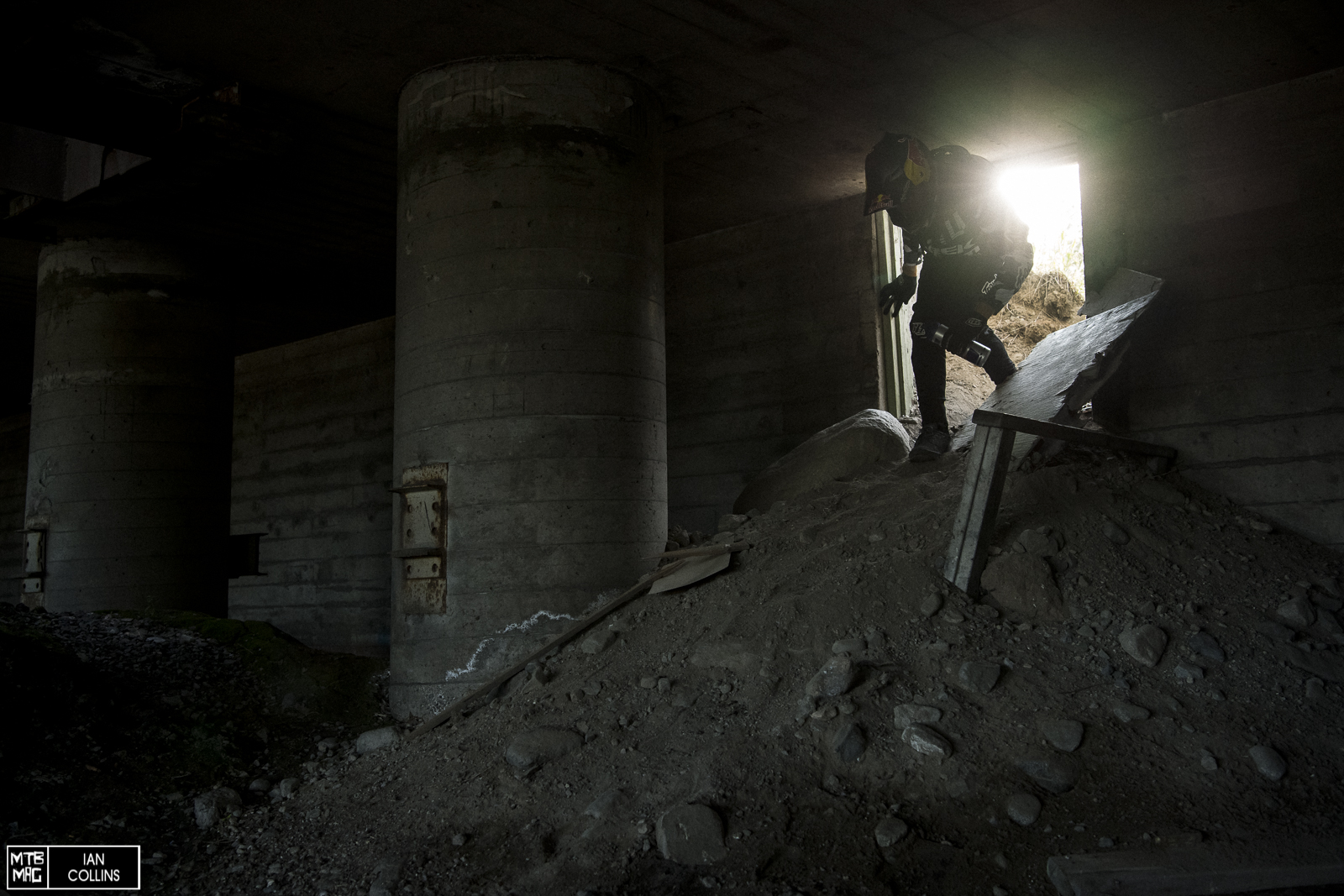 It always starts out with finding a sick location to shoot and Brandon really outdid himself this time. We ended up shooting at a mine near Merritt, British Columbia where we had full access to decommissioned buildings – which made for a truly unique shoot. 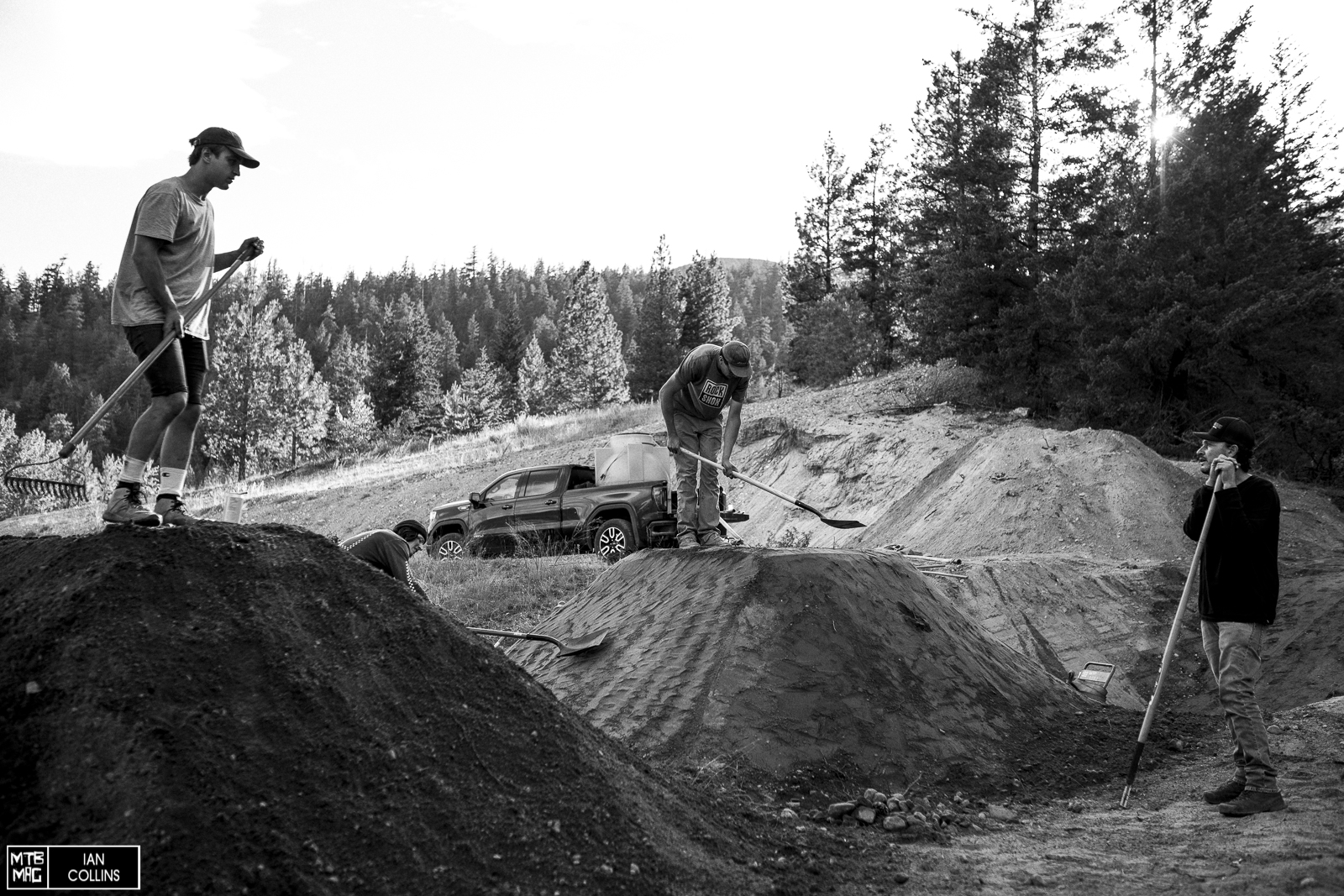 Being located at the base of a mid-grade hill was helpful in building lines near, around and going into/out of the structures. Having a power crew of builders doesn’t hurt either. 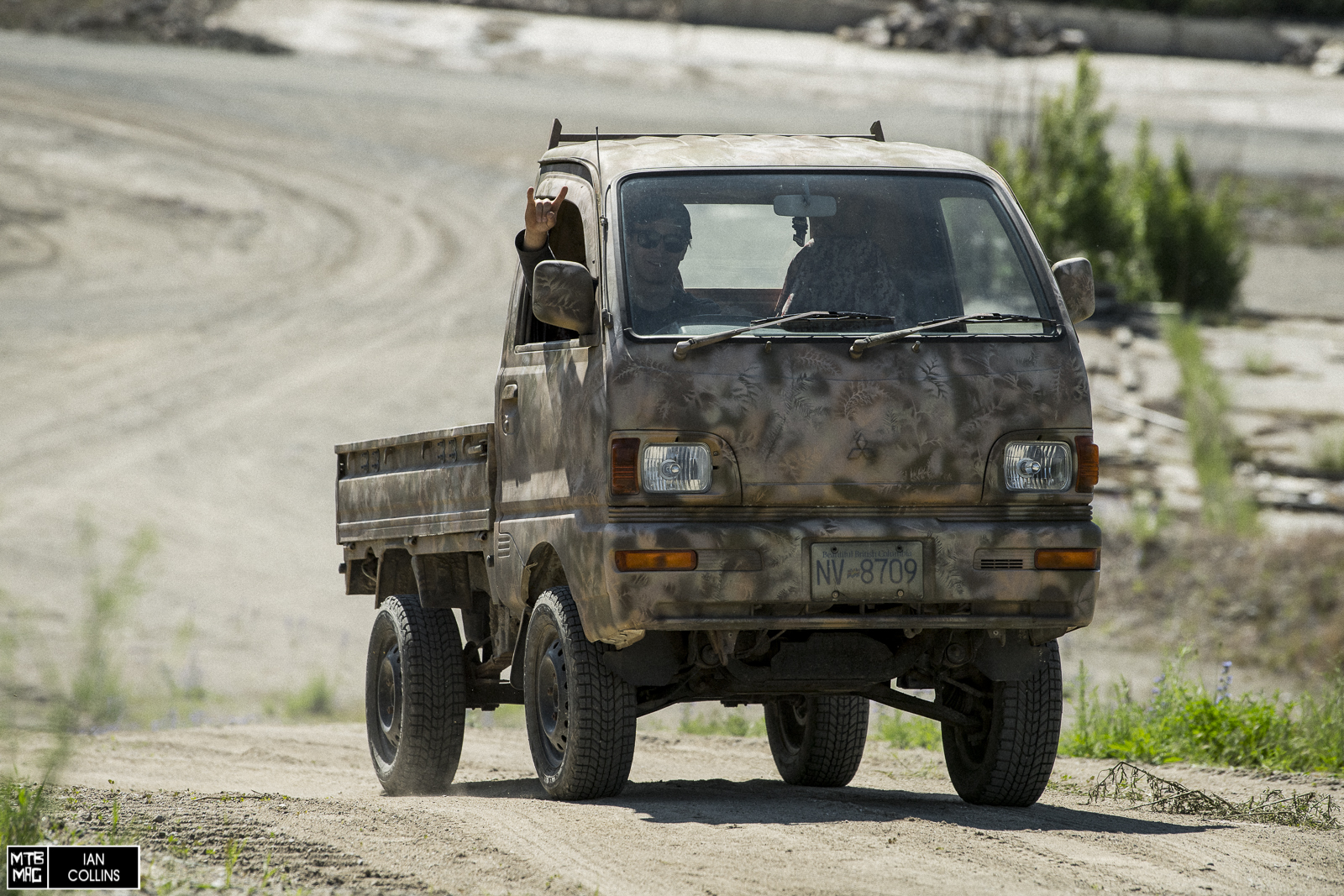 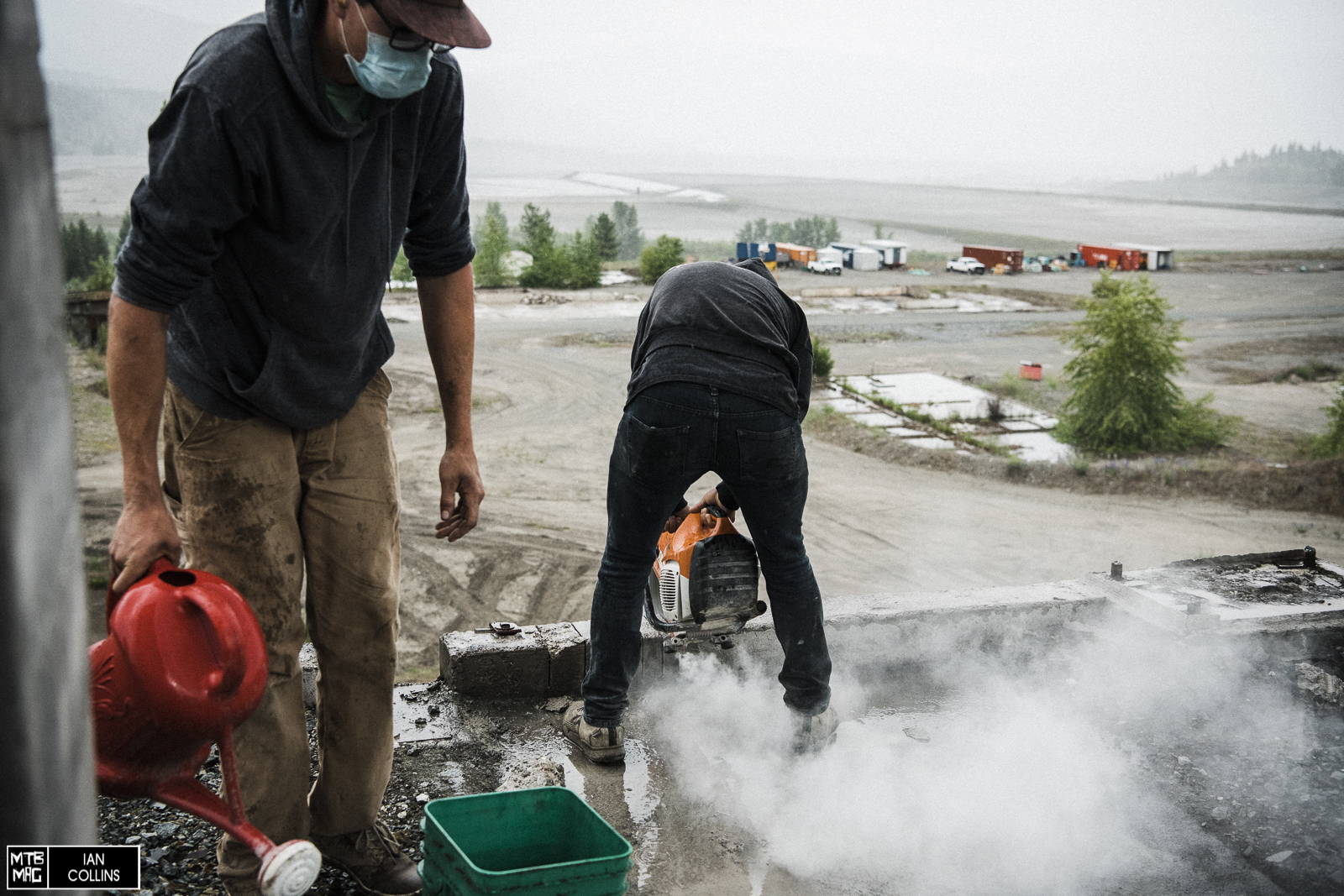 A ledge at the end of one of the structures was in the way of the trick for the ender. A big saw, crowbar, and a sledgehammer did the trick. 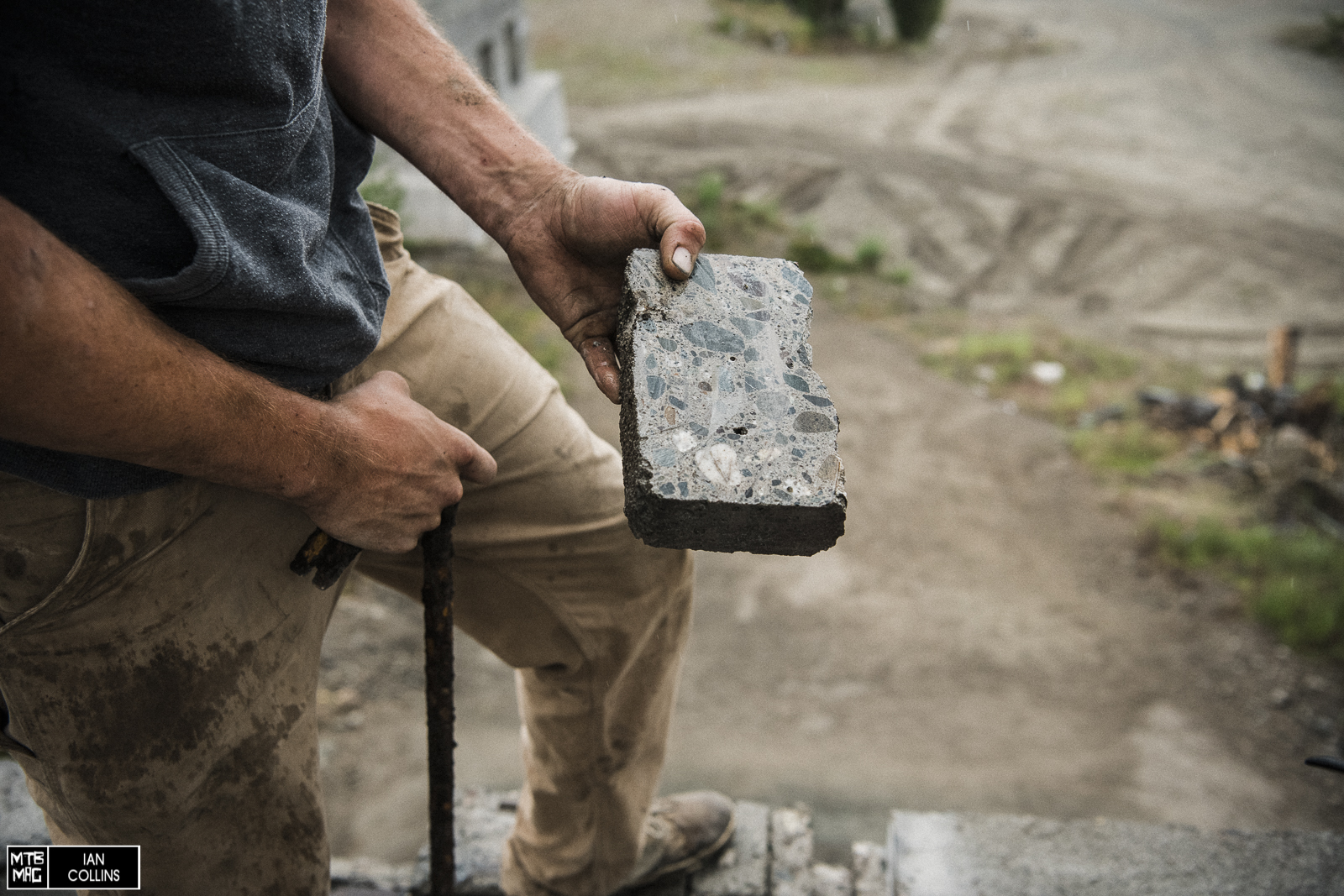 A couple dozen of these got chopped out over the course of a few hours. 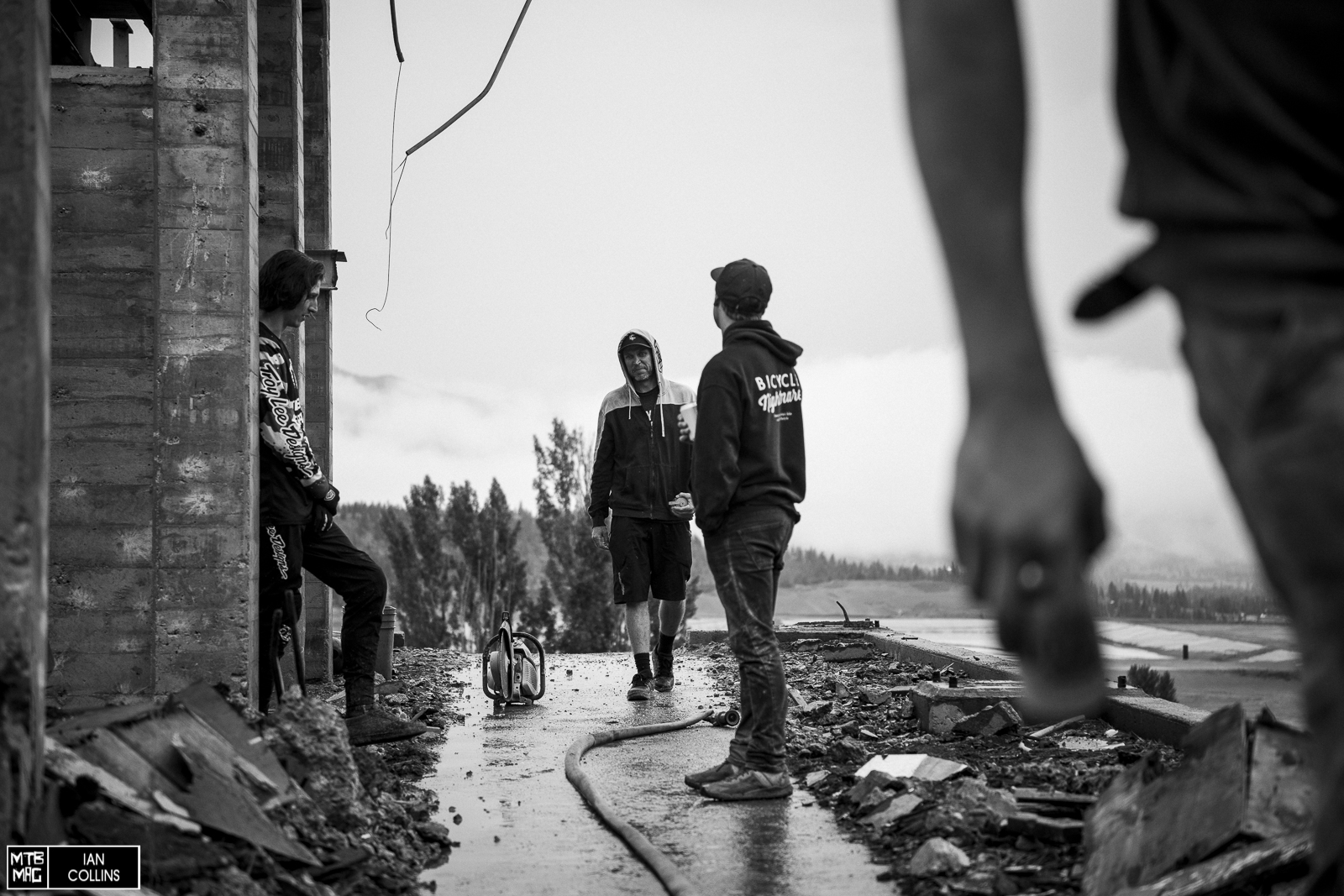 Gone is the ledge, with room to spare…But in came some rain to slow things down. 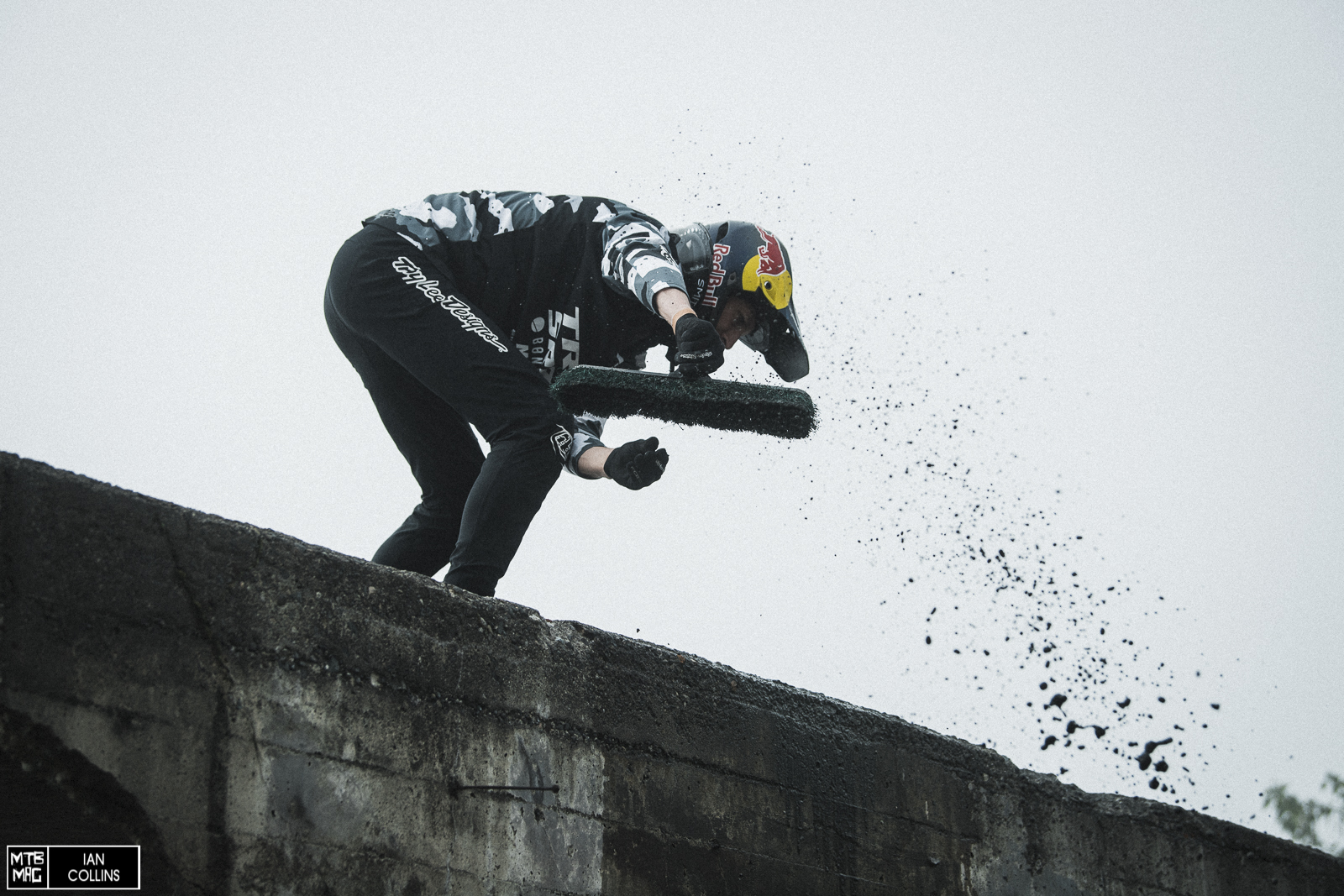 Always keen to keep things moving, despite the weather. 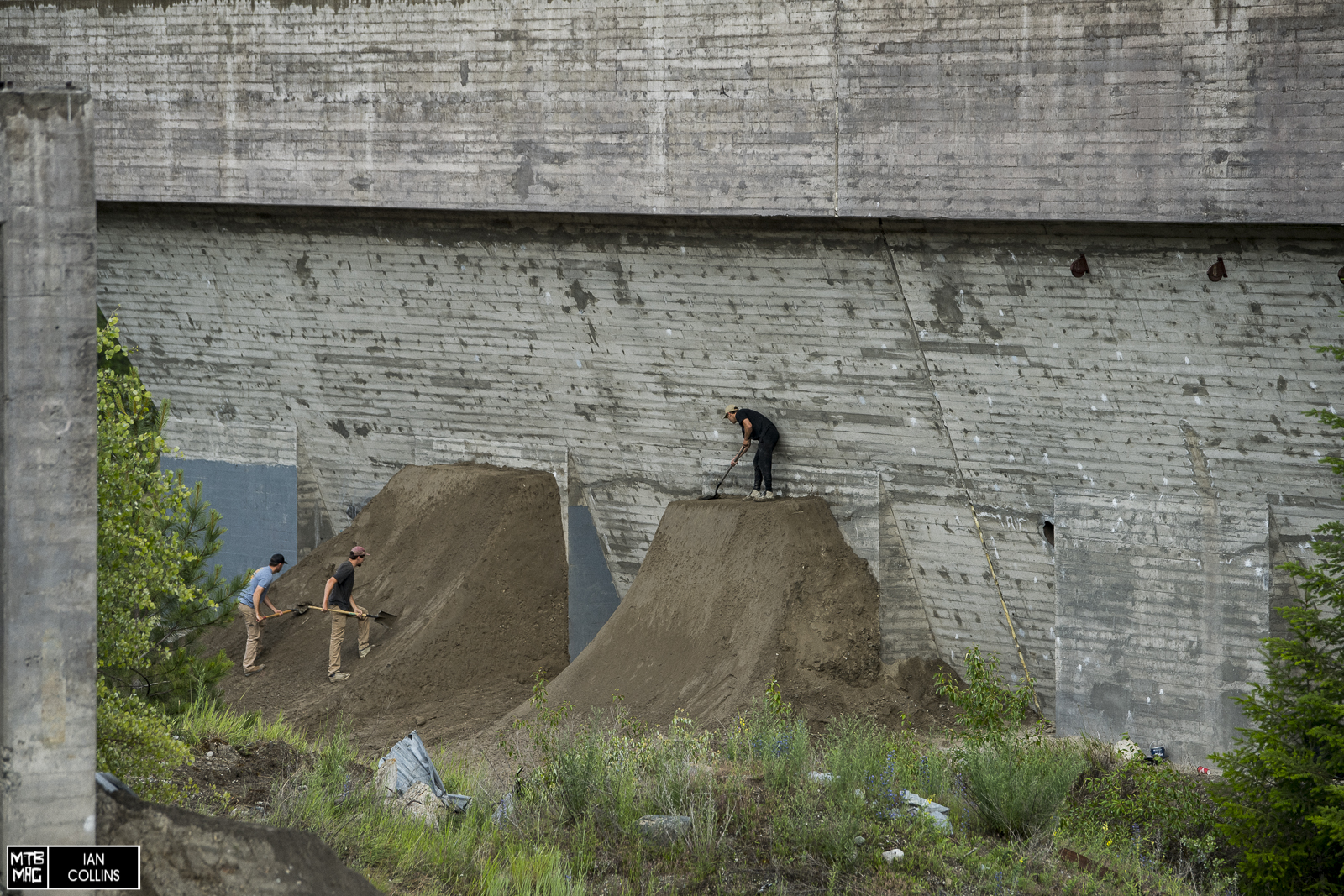 When dirt and structure collide…

This was one of the more visually appealing features we got to work with. Clicked table under the over vert section with a ledge to negotiate. Brandon tapped the wall a couple of times – but not intentionally. Legendary filmer Anthony Vitale lending a hand behind the lens and on the tools. Dirty scrubs on the “side boob”. Gotta have the right tool for the job. Brandon has made some mods to his most recent version of the Ticket S. Lately he’s been running the Trickstuff Gyro so he can run a stronger hydraulic brake and stop fussing with cables. If you’ve ever been to Coast Gravity Park, you’ve probably had lunch courtesy of Jawny – this year we were fortunate enough to have him along serving up delicious meals and keeping morale high. One of the coolest parts of this shoot was a line built inside the mine. No room for error on this flatspin with ledges hanging over on the take off and entry. Making sure the shots are crispy for your viewing pleasure. Brandon and Rupert chatting strategy and waiting out some mid-day sun. Handplant out of the darkness. We were lucky to have Nic Genovese show up at the tail end of the shoot to lend a hand with some of the shooting. One of many hammer moves – downside footplant flip. And last, but certainly not least, the ender – Manual to flat drop flip…All that work getting the ledge off that deck was worth it.