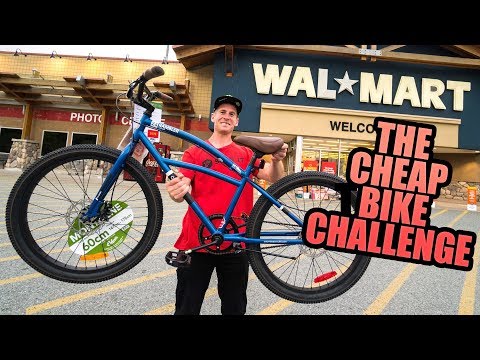 “The cheap bike challenge at Whistler bike park! I bought a Walmart bike for $180 and pushed it to the limits on the worlds best MTB trails! But how long will it last?

Mountain biking is amazing but for some people it is just to expensive so I decided to buy a cheap mountain bike from Walmart to see if it would work on the worlds best MTB trails in Whistler Bike Park! The bike I chose had 24” wheels and was fully rigid with no suspension what so ever and single speed gearing. The bike had mechanical disc brakes, but were they really going to be strong enough to stop me on such a technical mountain. I started of small on a blue trail but then slowly made my way up to the most famous jump trail in the world, A-Line. But how much can this cheap bike really handle?”