The third stage of the UCI XC World Cup in the Czech Republic has just ended on the dusty track of Nové Město na Moravě. Technical, demanding, full of fast, rough sections and steep bits, the track is unrelenting…

An incredible race, full of twists and fights to the finish with a highly emotional final in which Nino Schurter claimed victory quite literally at the finish line. 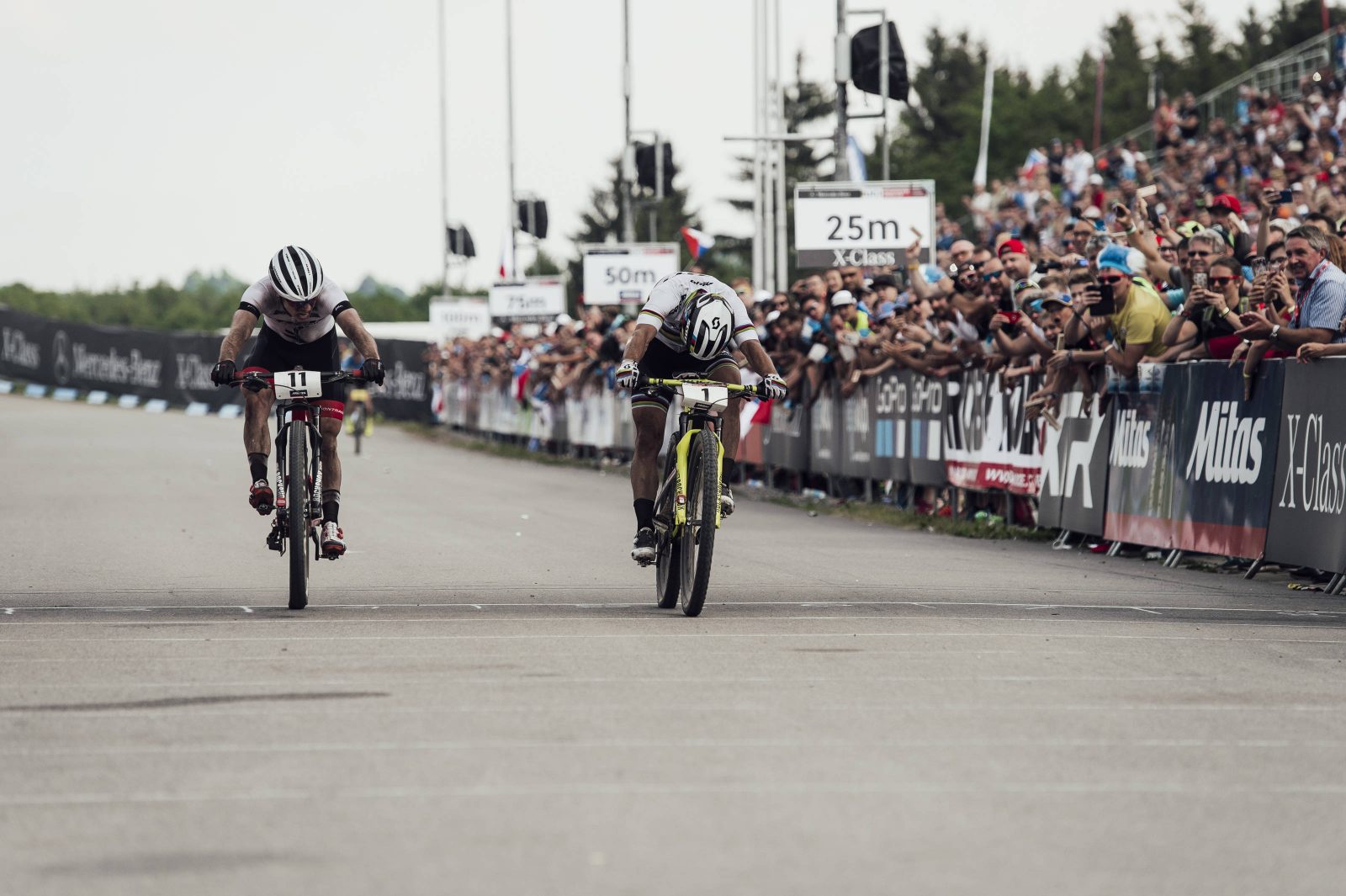 The Swiss had to cope, with great difficulty, with the powerful final sprint of the New Zealand champion Anton Cooper, who give it everything and was understandably disappointed after the finish line. 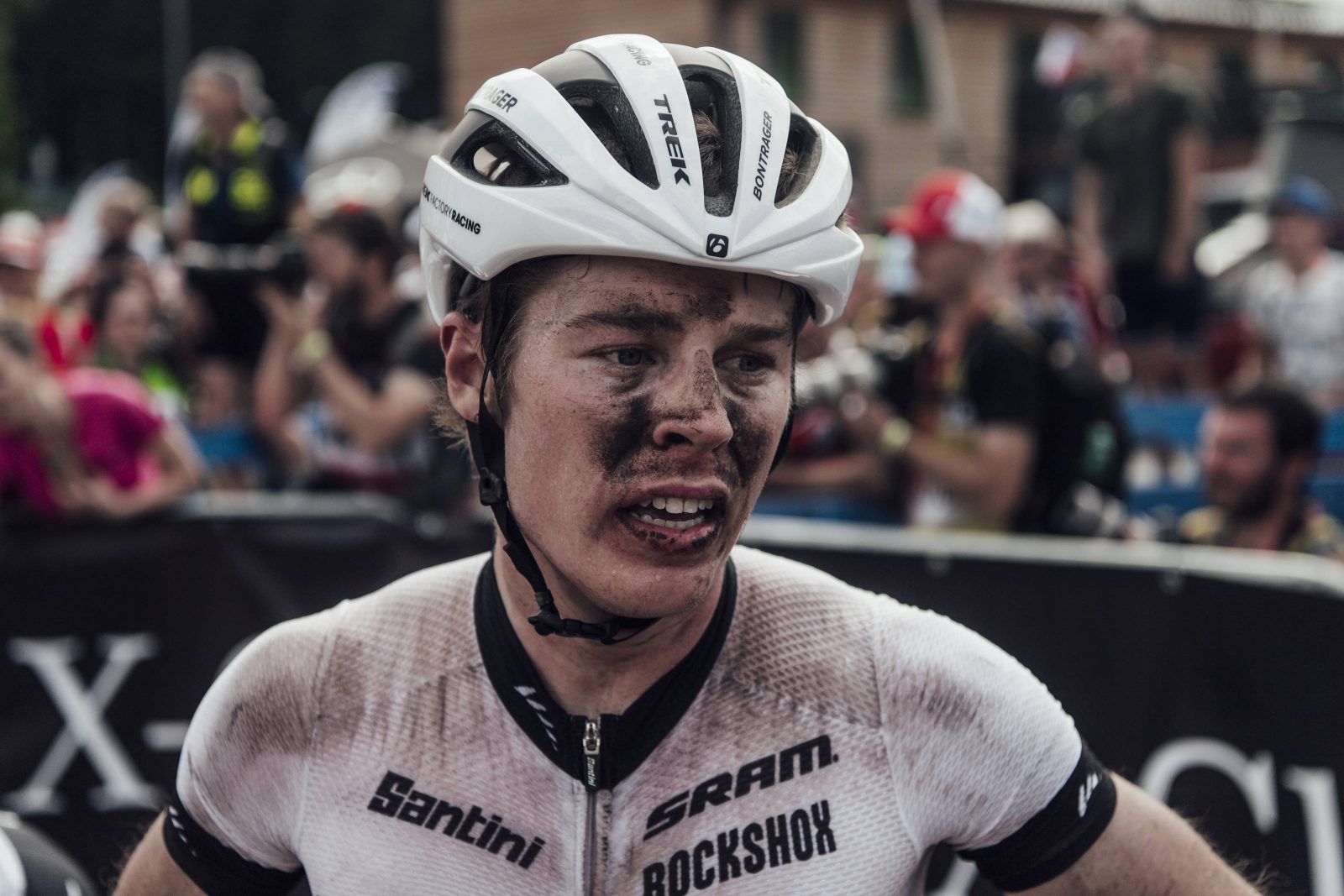 Even Schurter himself was clearly suffering at the end of the grueling race. Pictured below, he is lying on the asphalt of the finish line trying to recover. 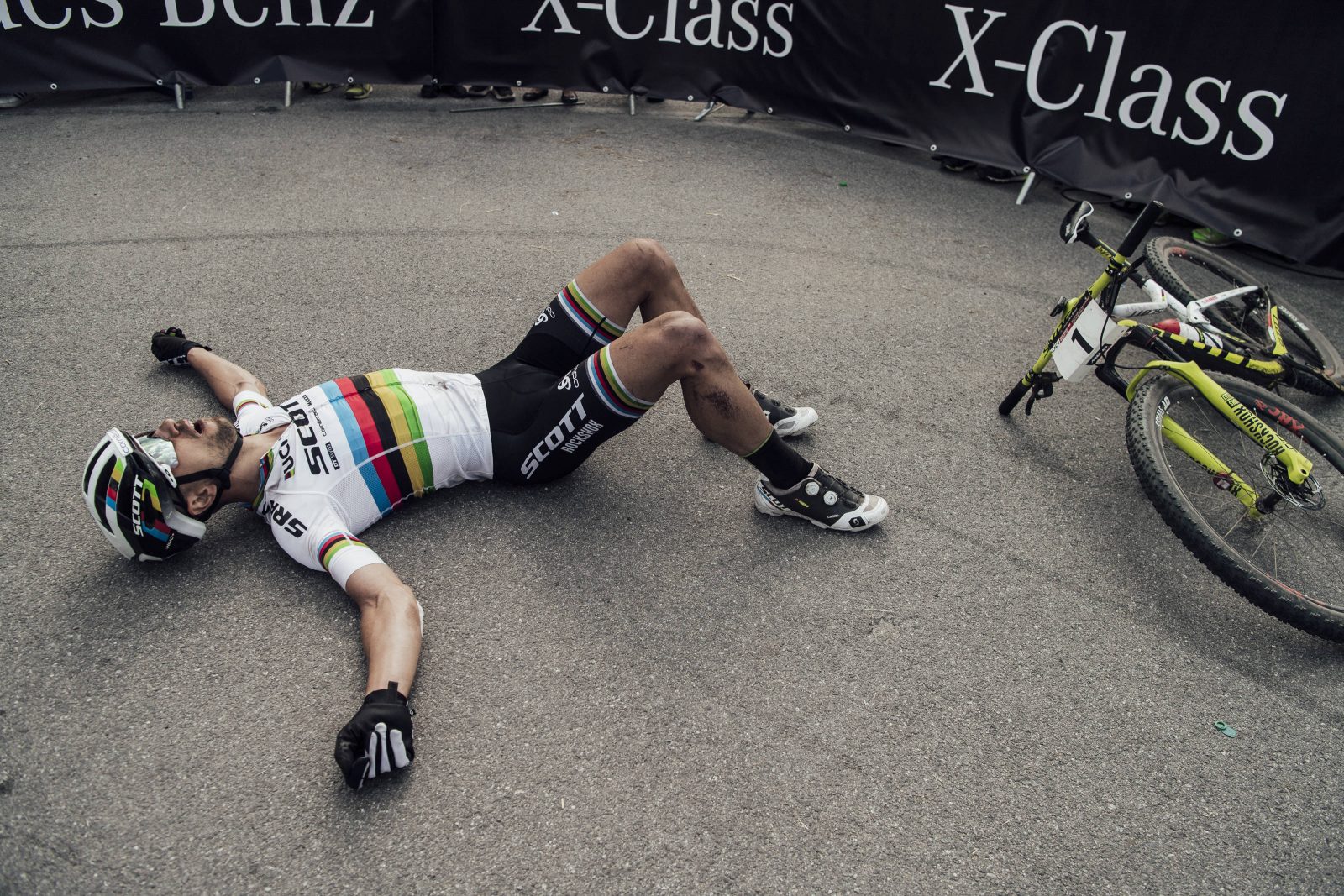 The world champion, during the first half of the race dropped his main competition, first Gaze and then Van del Poel, both falling back due to violent crashes. 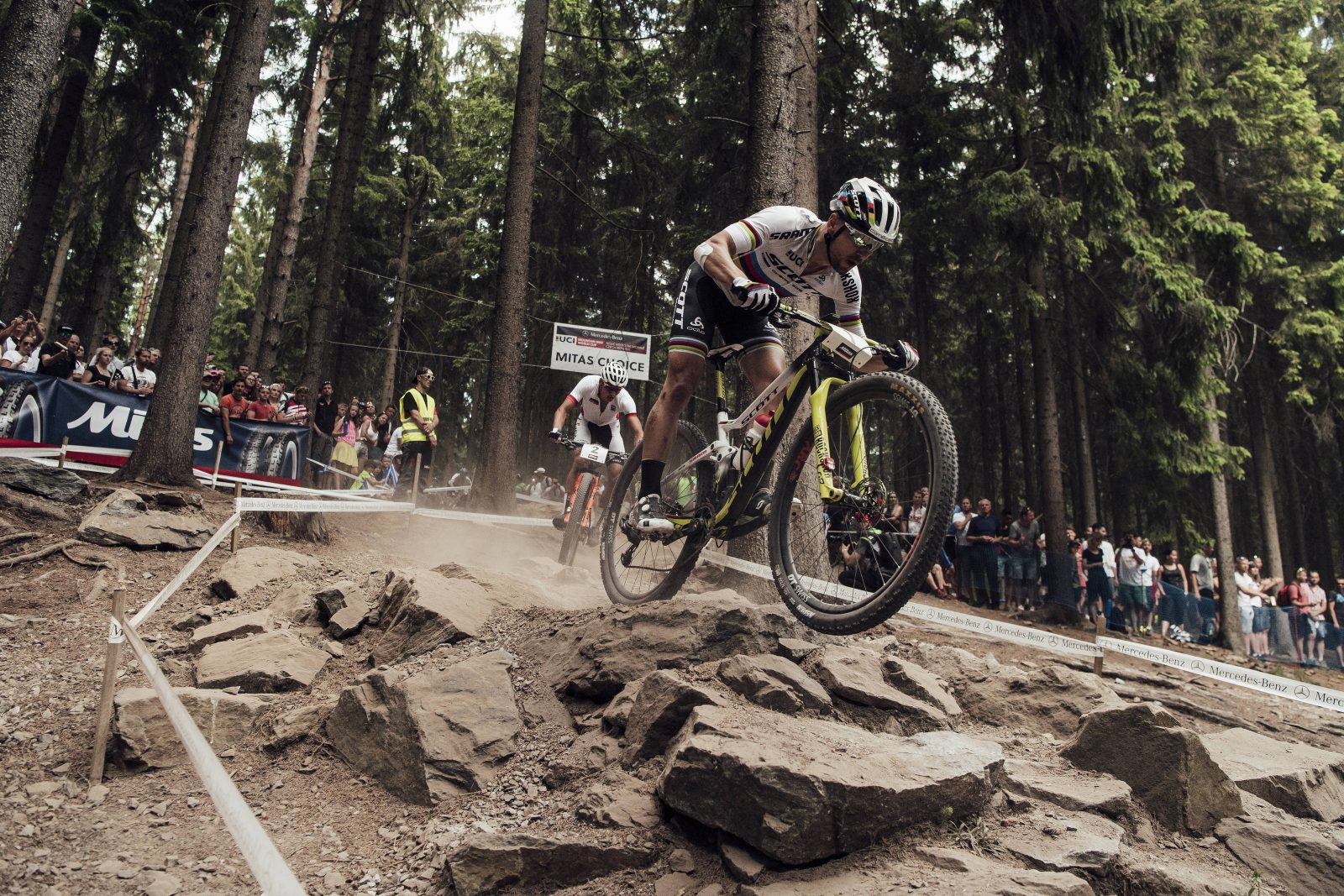 Later he played the “cat and mouse” game with Cooper and Marotte, running the risk that “the mouse” would get away, underestimating Cooper who proved to be really quite stubborn and in good shape. 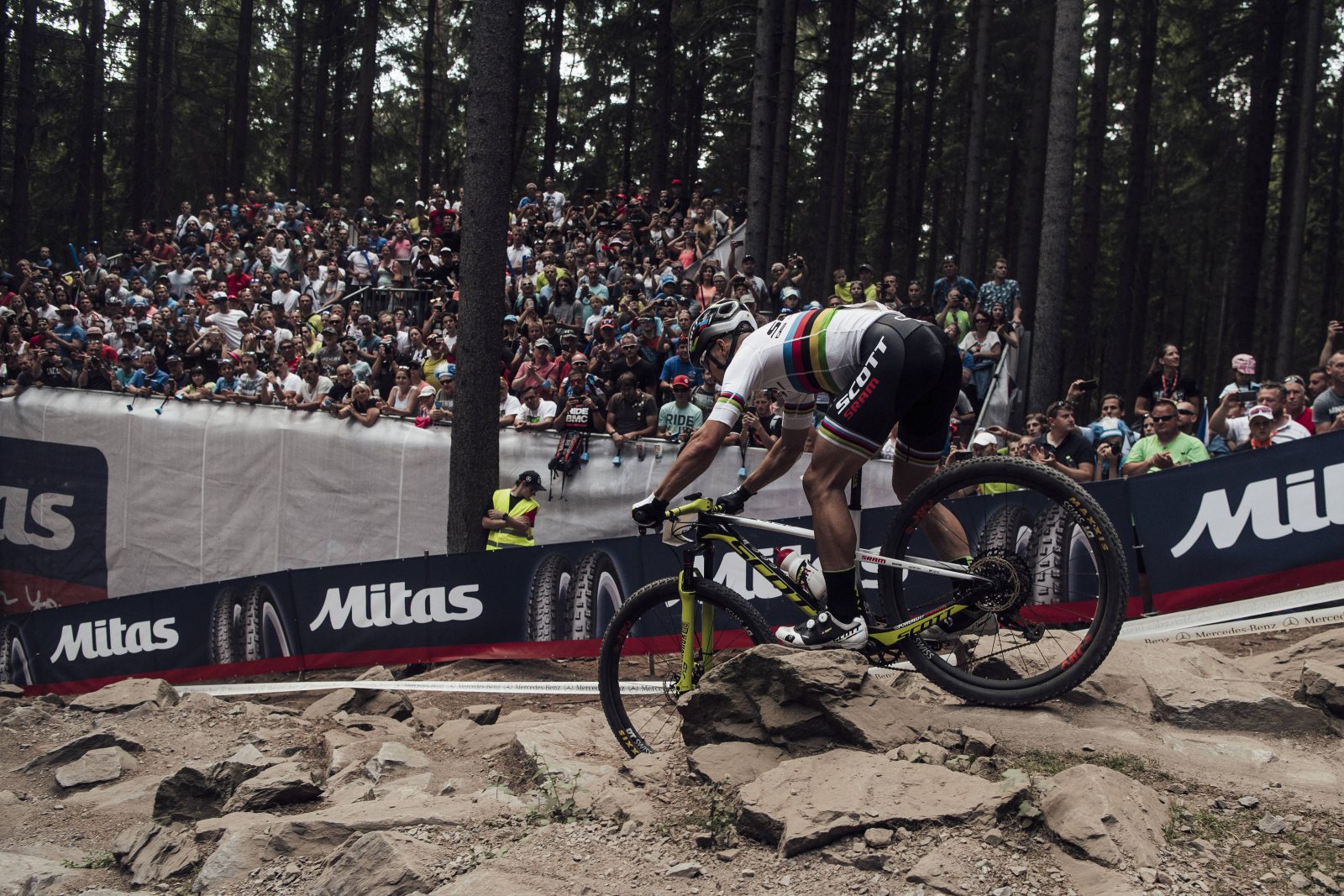 Maxime Marotte did not keep pace after the sprint in the middle of the last lap, losing ground but still closing out in third. Fourth position went to Lars Forster who, after keeping Schurter’s pace for a good part of the race, showed some difficulties, ultimately being passed by Marotte and Cooper. 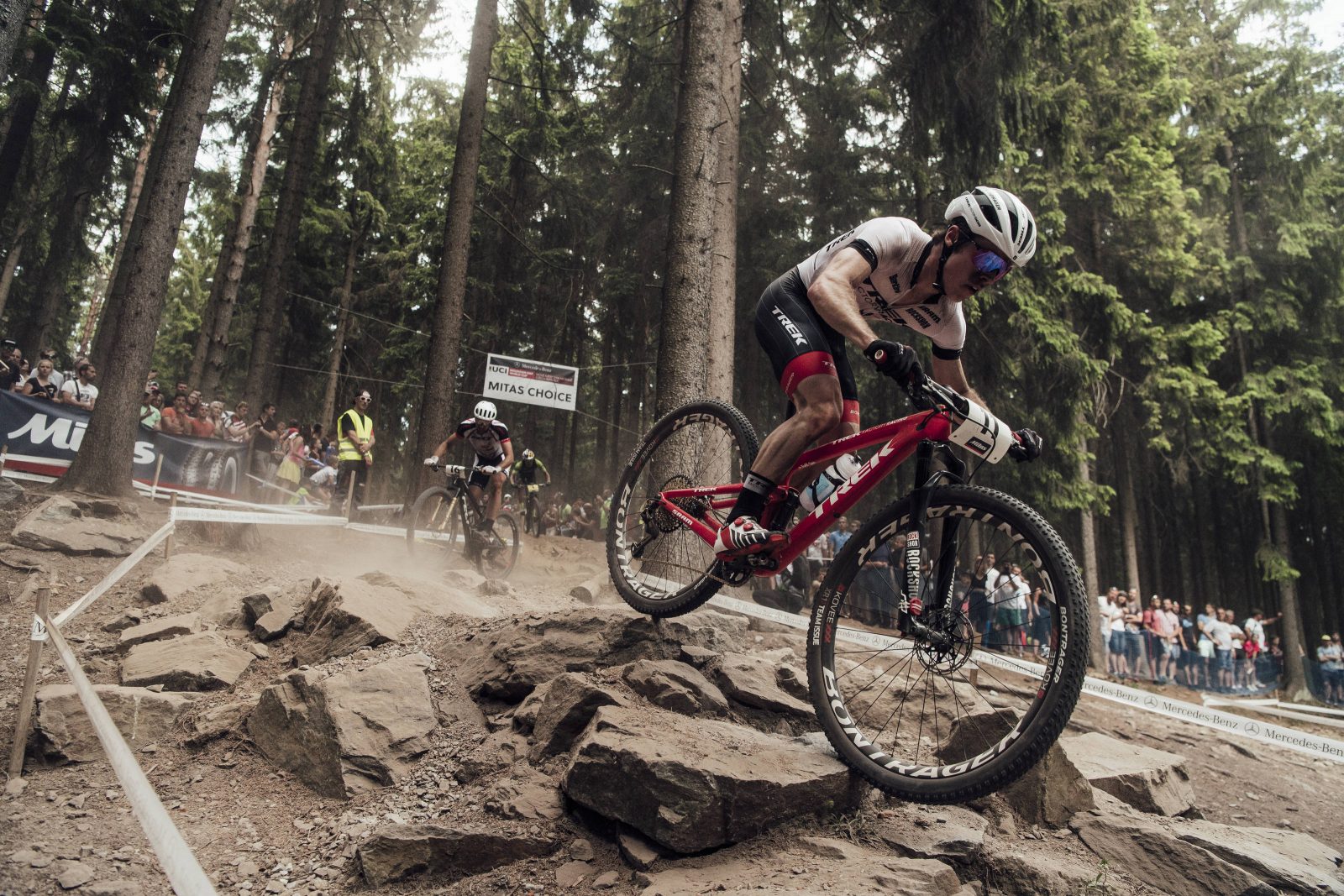 Unfortunately, Jaroslav Kulhavy failed to do better than the 9th place in front of his home crowd due to a problem with the chain during the last lap. That forced him to stop, losing some time and forcing him to give up a possible return to the podium. 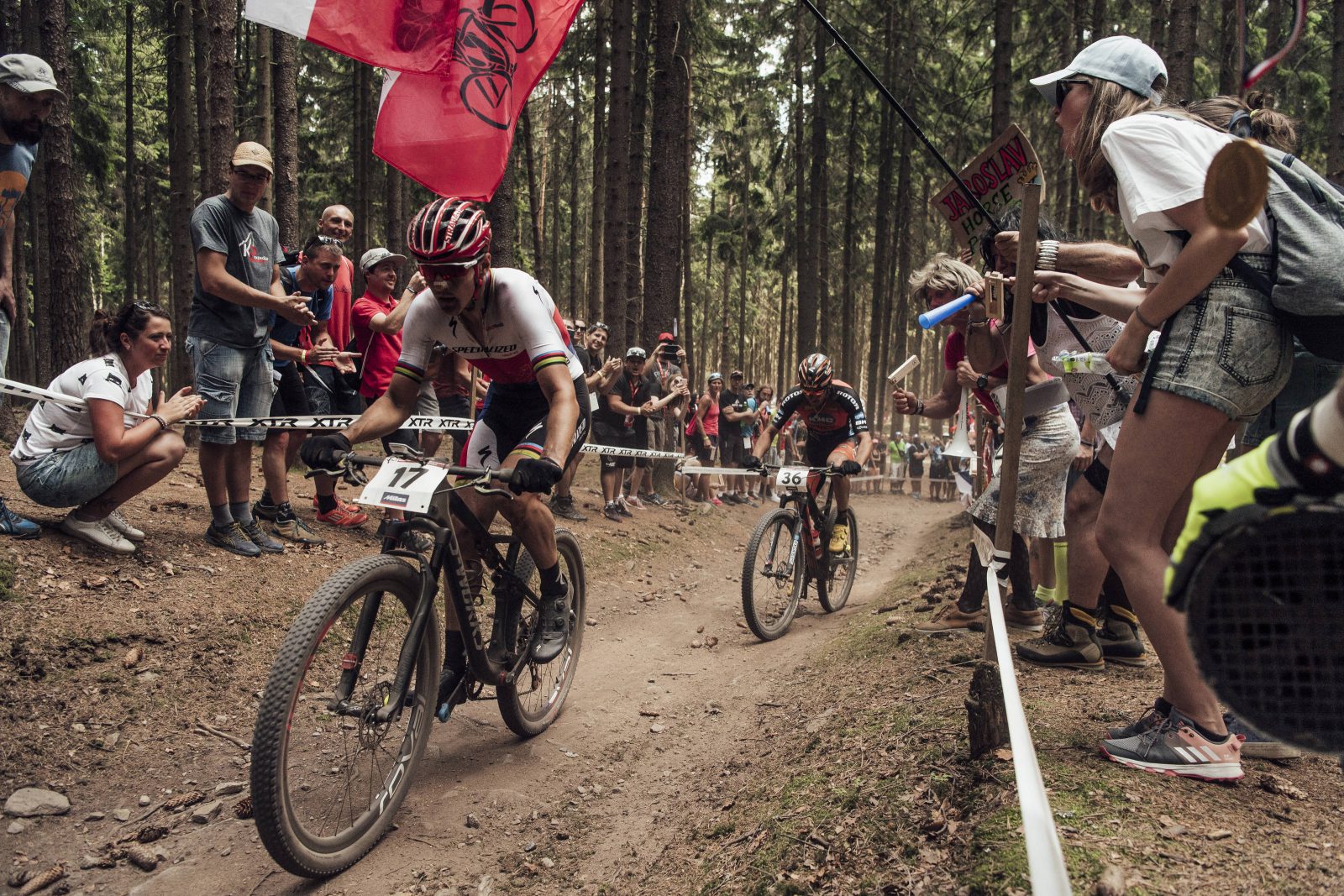 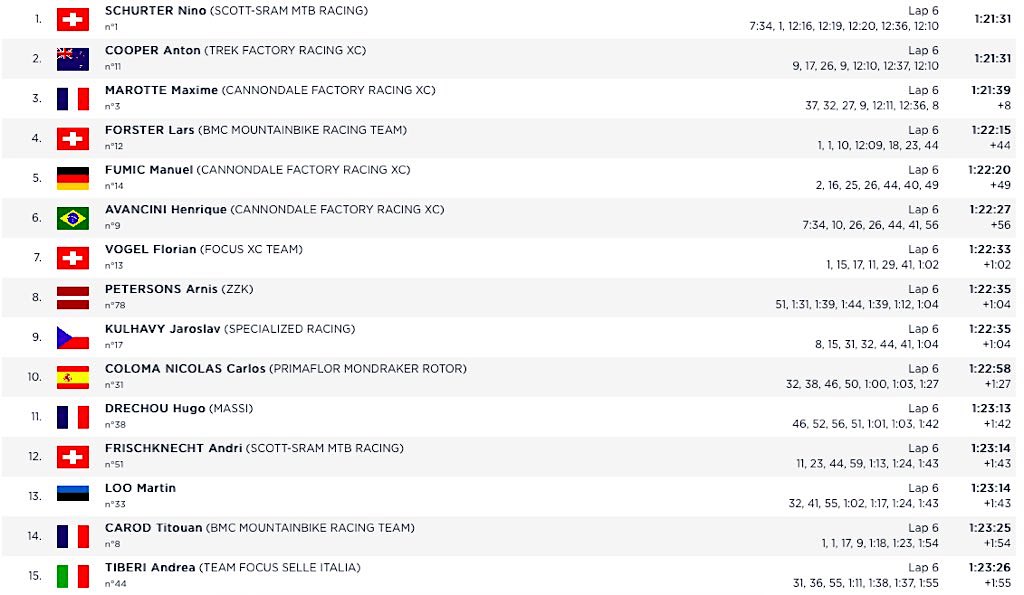 The pace was high in the women’s field where Jolanda Neff took the lead during the first lap to take advantage, entering the technical section first. 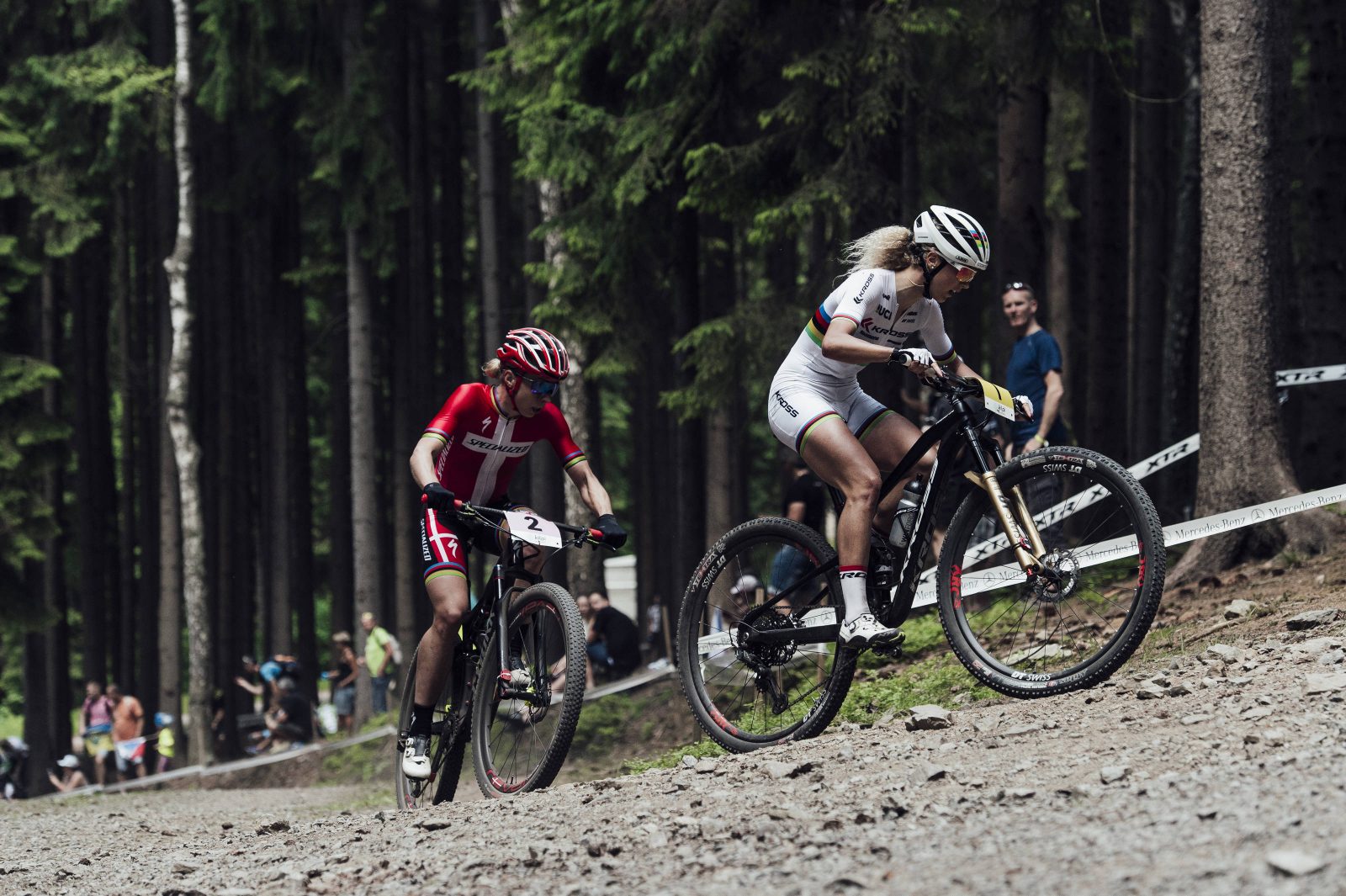 Annika Langvad overtook the world champ who came back behind her at the bottom of the descent of each lap, putting on some pressure but without managing to steal the lead, despite struggling to the end. With a sprint to the finish she pulled out all of the stops, ending with second place, compared to Langvad, who ultimately would win the race. 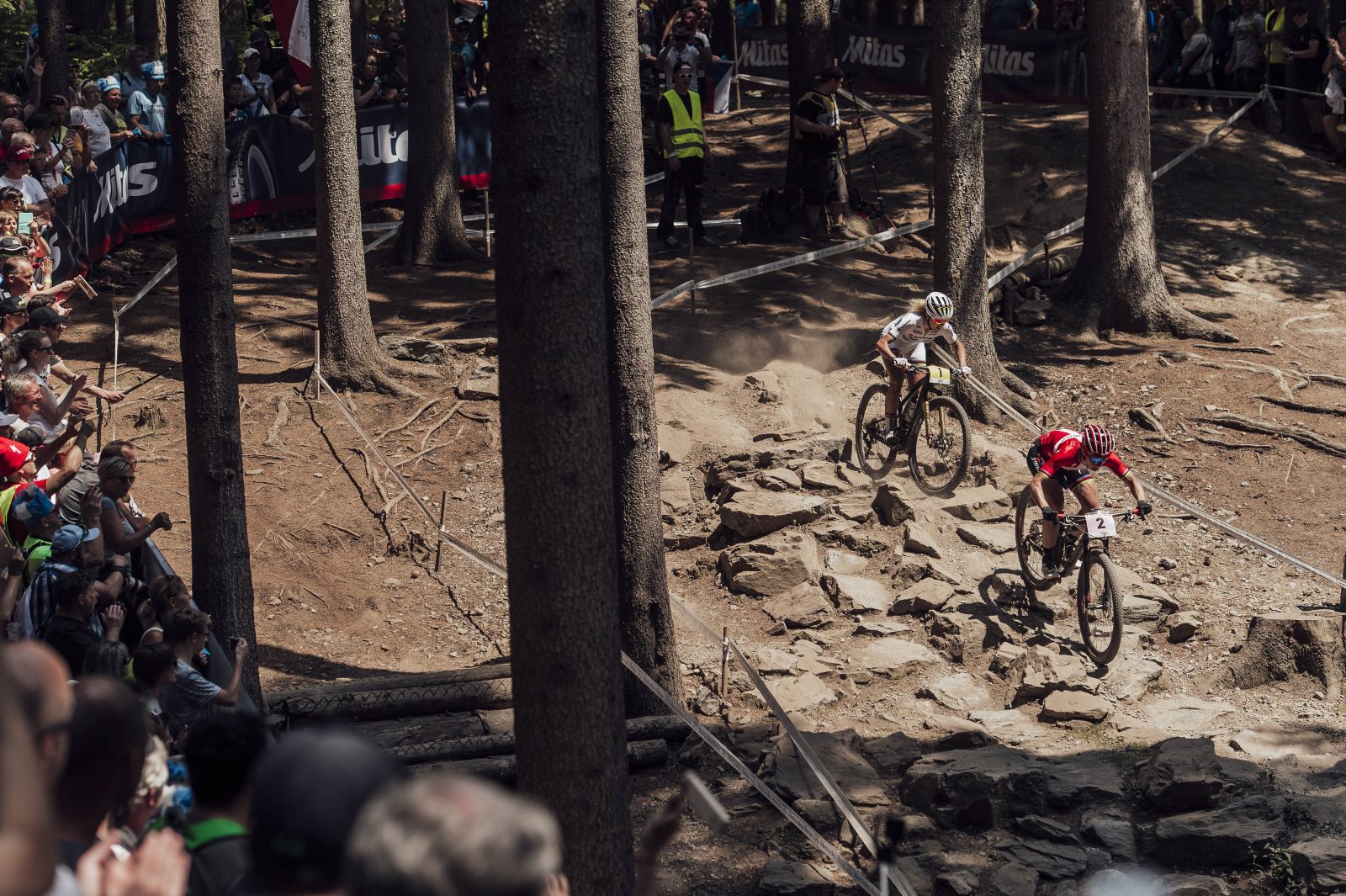 Third place went to Pauline Ferrand Prevot and it wasback to the podium for Emily Batty in fourth position seemed to have found a good rhythm here in Nove Mesto. Fifth place for Maja Wloszczwoska. 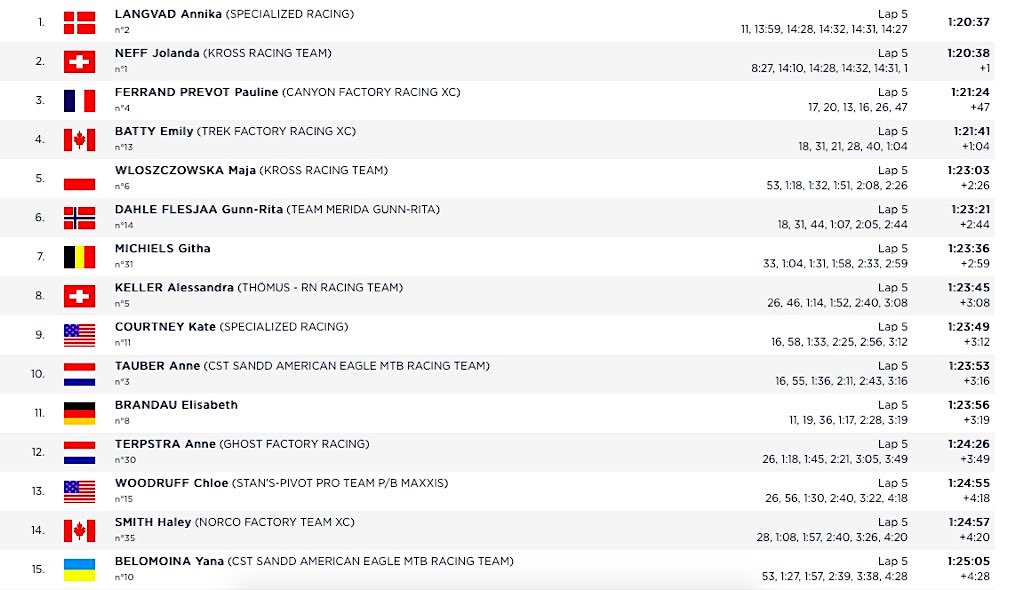