Results just in, Ratboy does it again, the only rider this year so far to win two world cups, it seems his confidence grows and grows, apparently he is even training seriously at times, a real character and one of the things that make DH so damn interesting and exciting. Given the fact that Josh managed a 1.5 second margin over the home favorite Aaron Gwin, shows his form is developing and now consistent at the highest level. 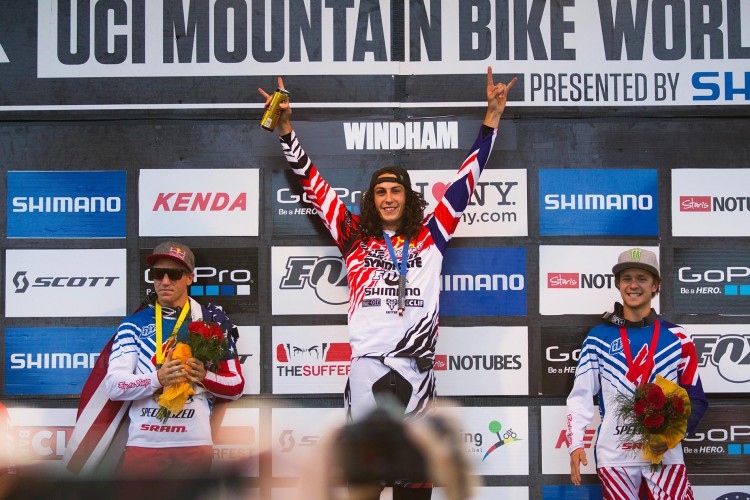 Aaron looked disappointed on his second place, with two wins previously at Windham, Aaron probably felt it was one of his best chances for a top of the podium position, however Josh looked really in control and coasted down the track with a few pedal strokes only, seems he was conserving energy where needed and then just letting loose. All three top riders in Windham are on new bikes, with 27.5″ wheels, whether or not the bikes made a difference is hard to say, but for sure the latest technology has helped all three stay at the peak level of performance. 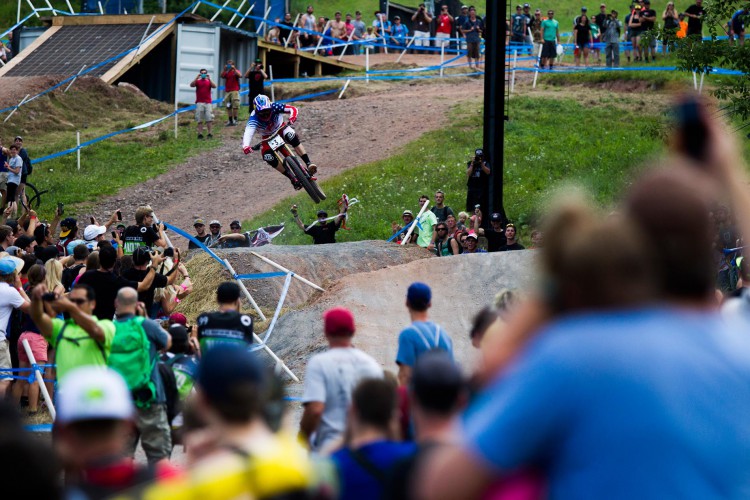 With only one race now left in Meribel, there are only three riders that can win the overall, Josh, Troy and Aaron, the pressure will be on in the next round to see who takes home one of the closest contested seasons in Downhill in the last few years. 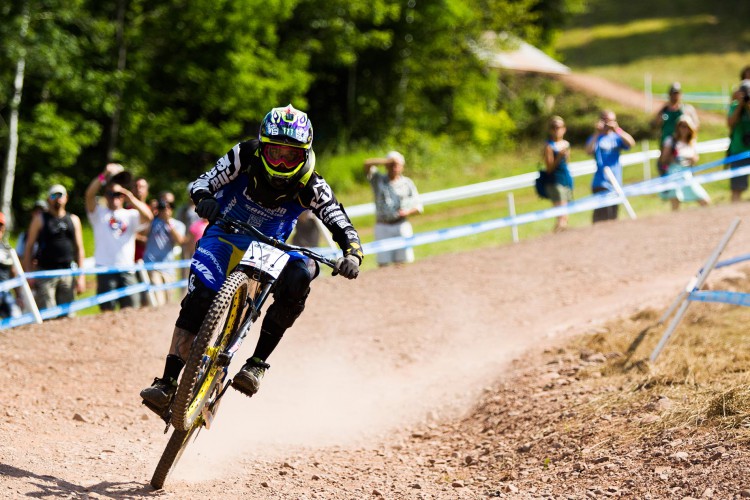 All photos by Constantin Fiene. 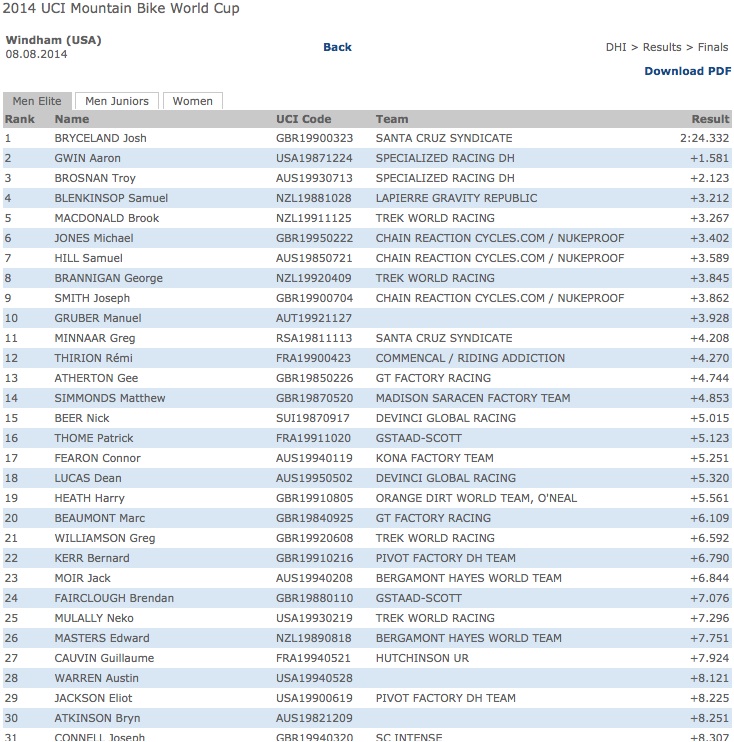