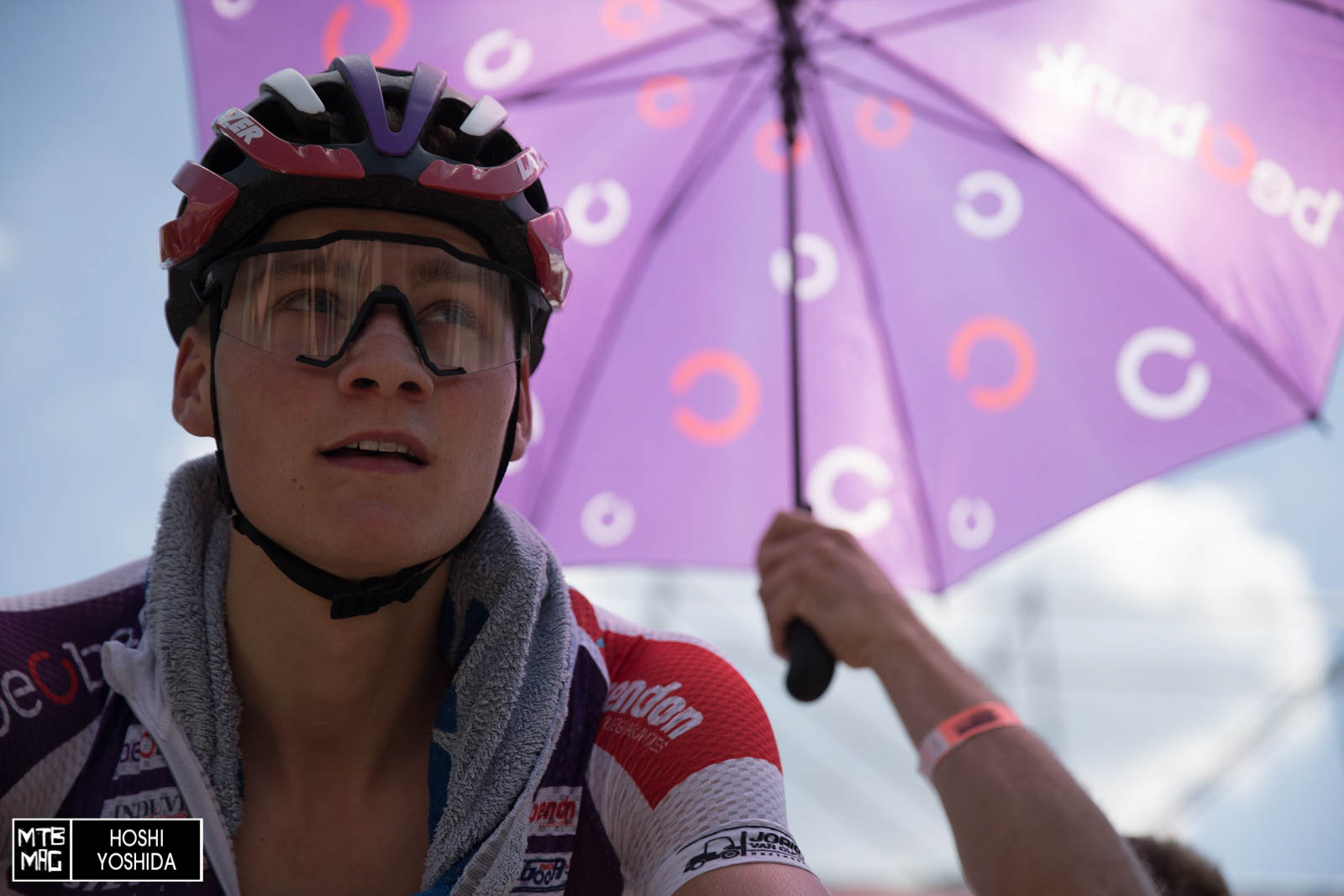 That’s what Wikipedia says (until now) about the 22 years old athlete that yesterday finished second behind Olympic Champion Nino Schurter. This is the same guy that last week, in Nove Mesto, started in the 90th position and finished 8th. 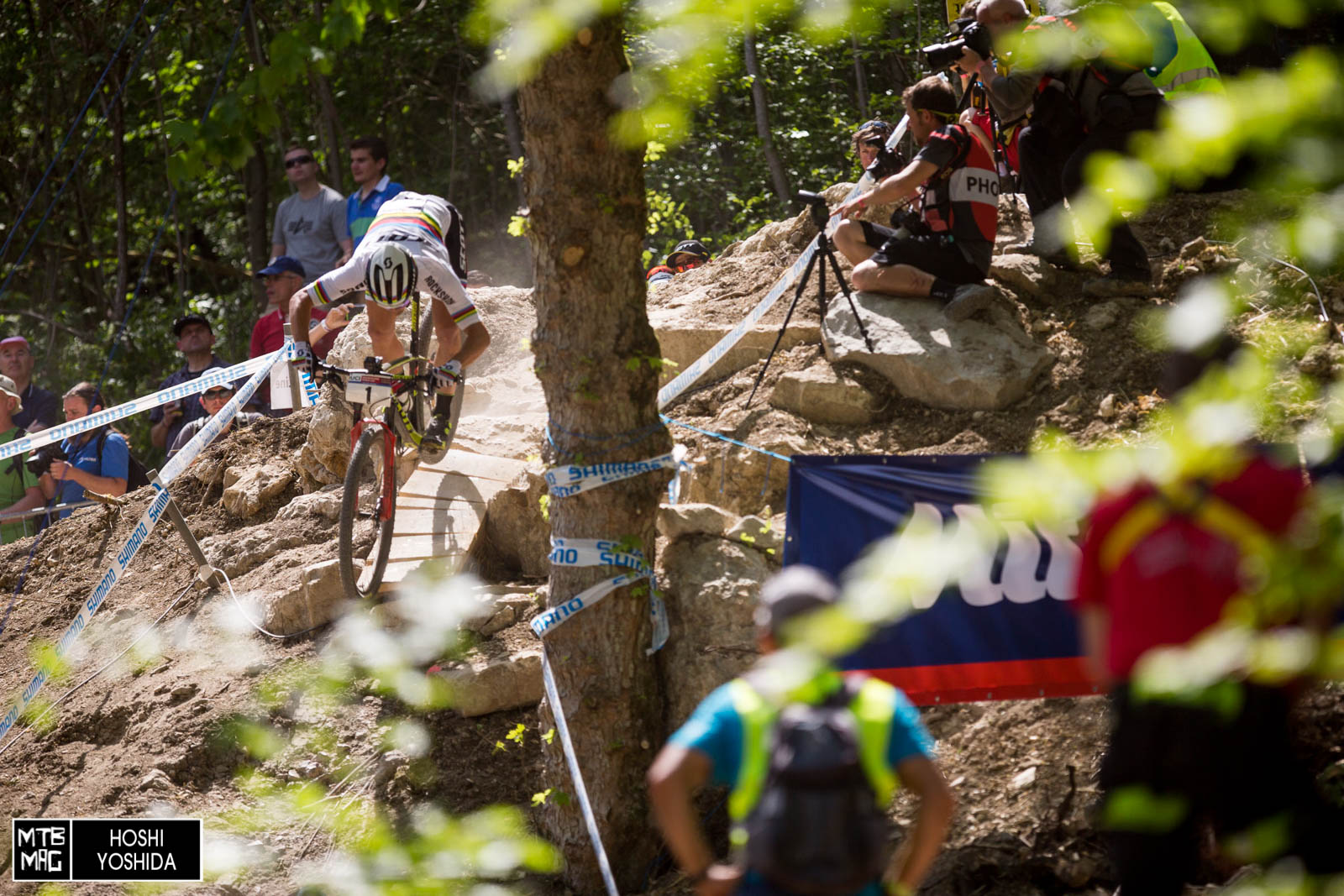 The race was quite dramatic: Flückinger, Van der Poel and Schurter kept a brutal pace right from the start, building a gap with the chasers. 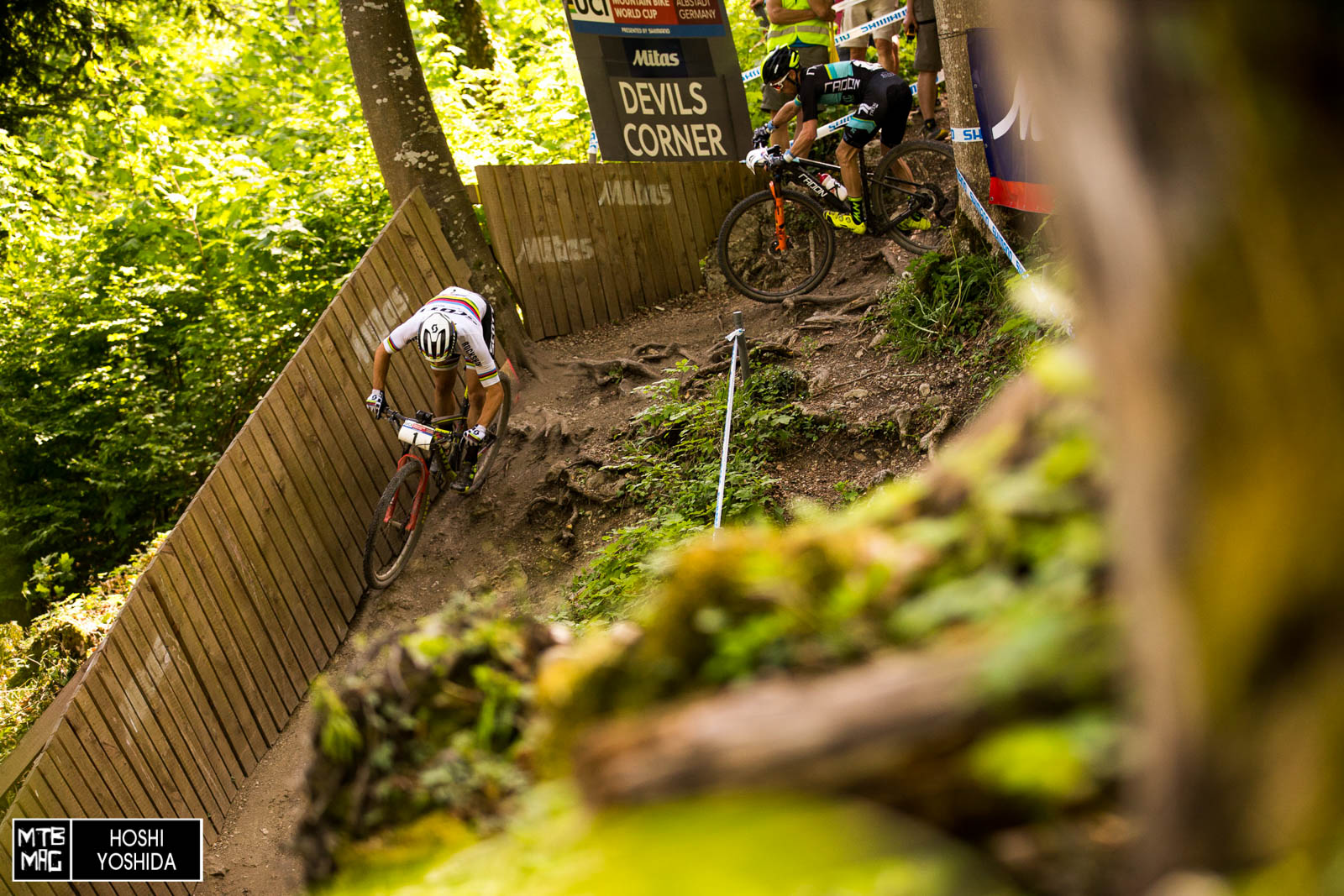 Brutal, but it became even more brutal in the 4th lap, when Nino accelerated and the two others started making mistakes. Van der Poel had a minor crash, but he lost Nino’s wheel and he wasn’t able to close the gap until the finish line. 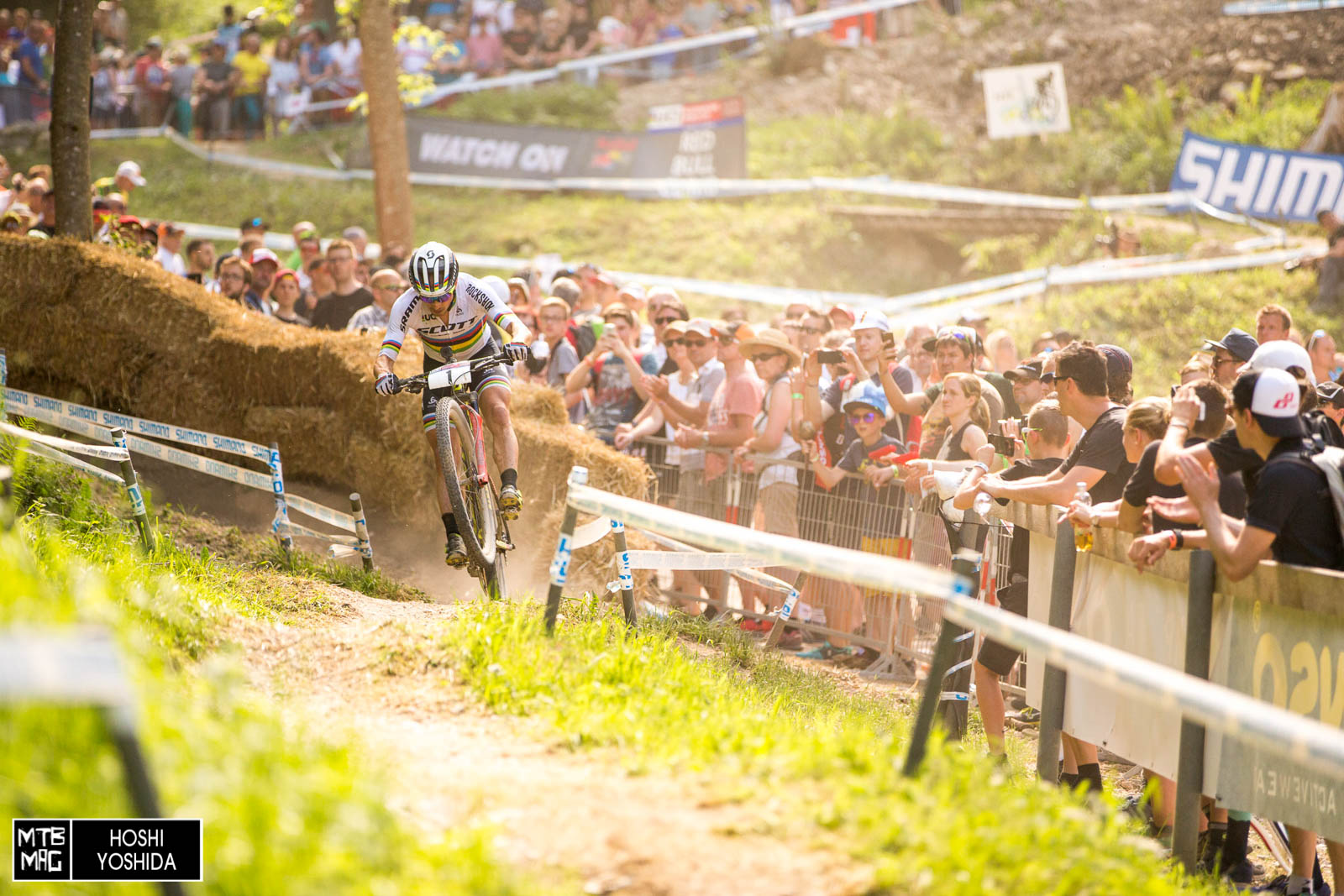 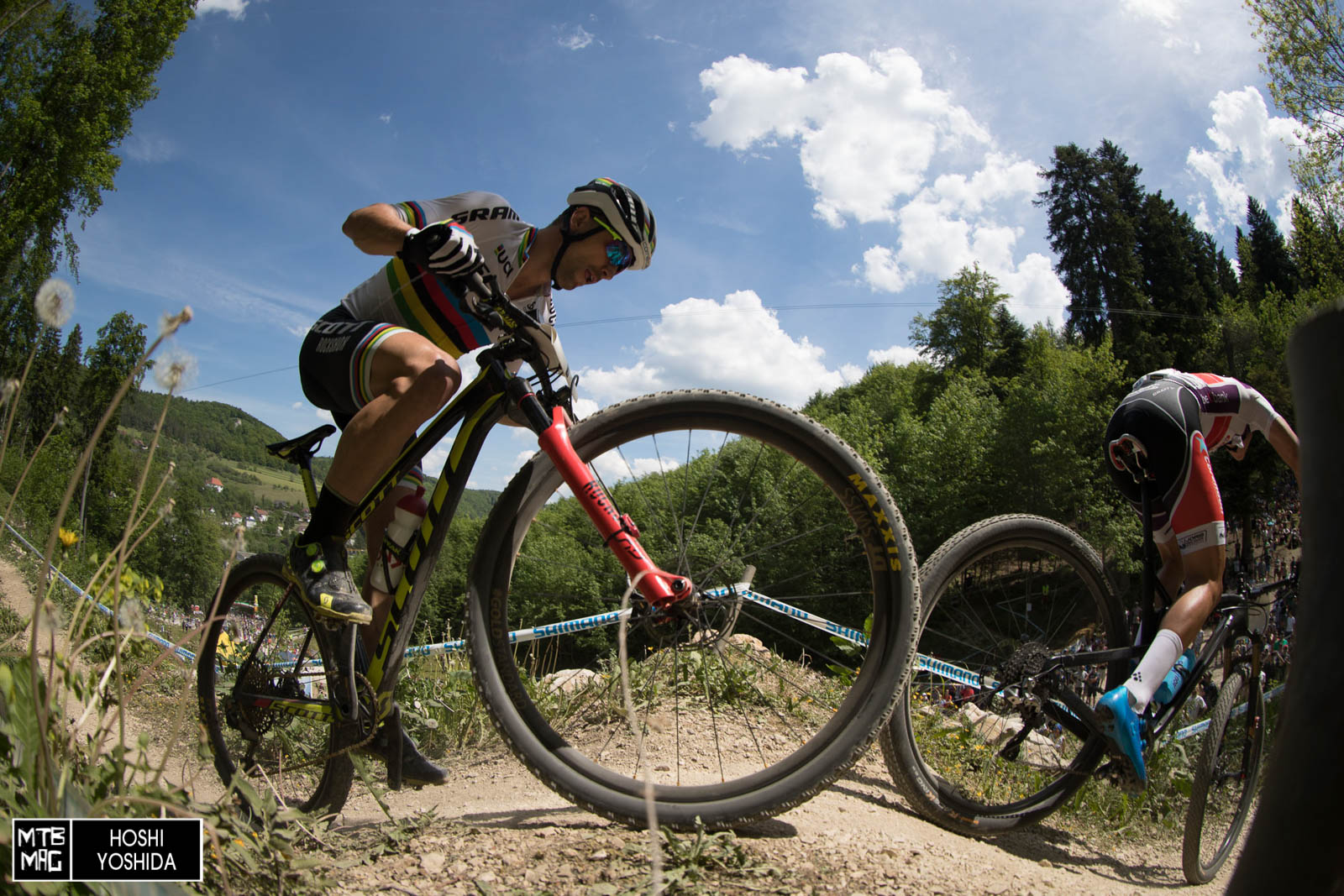 Flückinger had also a small crash, he jumped back on his bike and, thinking he was too slow for the bunny hop he usually did in the next step down, he overcooked it and crashed spectacularly.

The Radon rider wasn’t injured, he tried to go on racing, but something was wrong with his bike, so he quit. 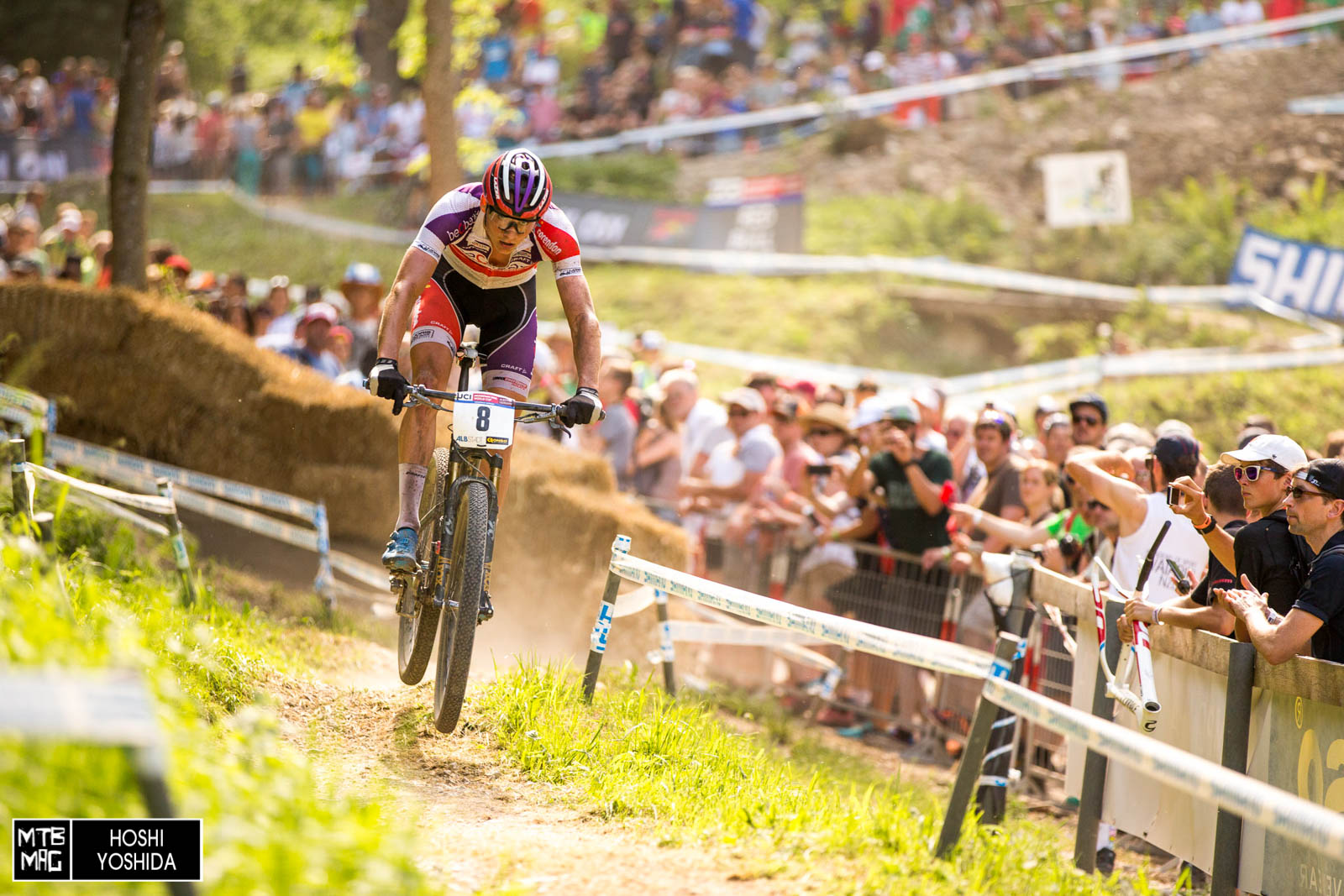 It was quite clear that Schurter didn’t know Van der Pool well and the he, somehow, feared the power of the young Dutchmen: many times the Swiss rider turned his head to check the gap, something we don’t usually see, when he’s fighting with Absalon. The French finished seventh on one of his favourite tracks. Don’t get us wrong: Van der Pool is young, strong and highly motivated, but Schurter has always been in full control of the race. Given the fact that this is his second world cup race, his potential should be huge, and probably we will see some  good racing in the next future between the two. Anton Cooper finished third, his best rank in the Elite class so far. 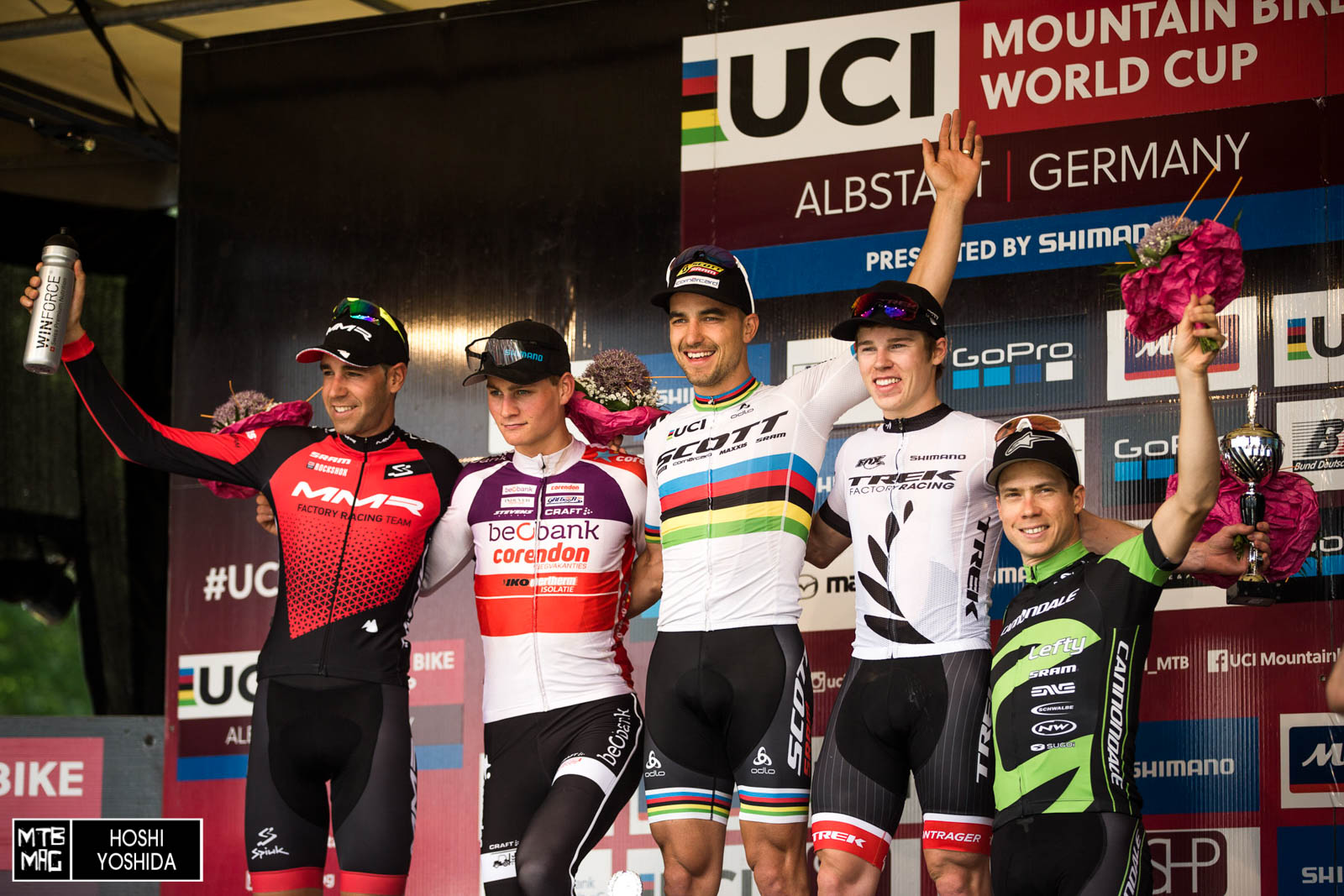 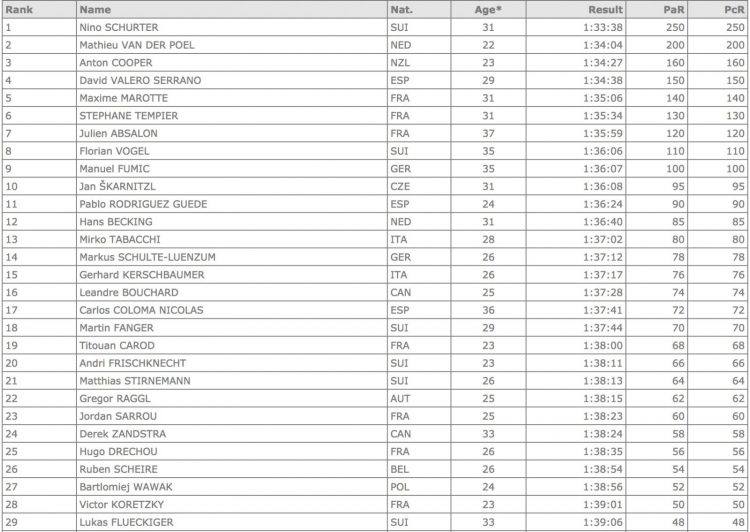