In 2004, Les Gets held one of the most exciting world championships in the history of modern DH, won in front of the home crowd by Fabien Barel with Steve Peat who gave him the rainbow jersey after falling while he was clearly ahead. After 15 years the spotlight of the global DH scene returned to the renowned resort in the French province of Haute-Savoie, at Portes du Soleil, and rekindled things with a gripping fifth round of the 2019 season of UCI DH World Cup. 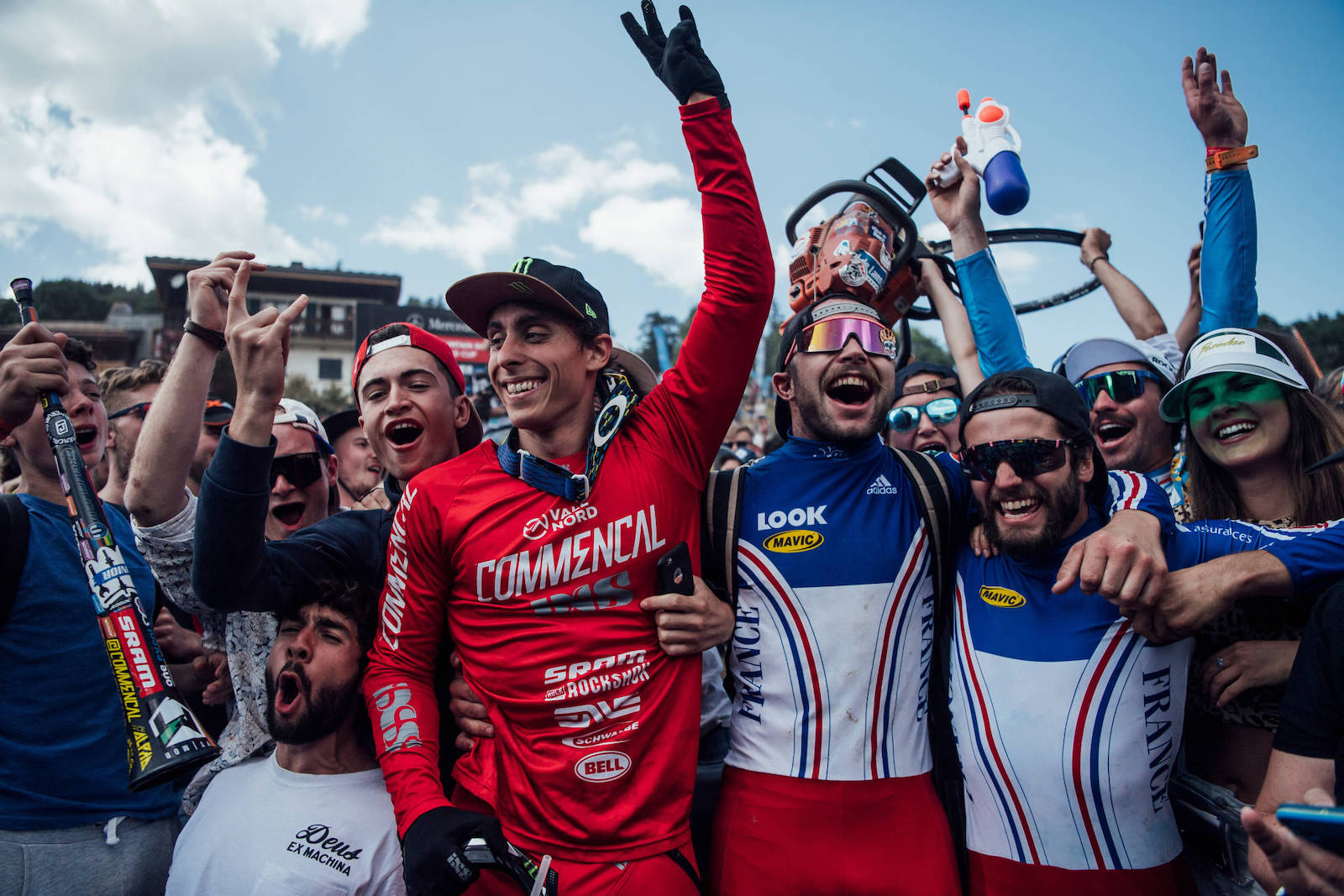 Les Gets is a very fast track drawn down open spaces, amongst pastures made dusty by the continuous battering from bikes, broken up by a middle section in the woods, technical and rather steep. Under the eyes of a literally delirious crowd, Amaury Pierron attacked the track from beginning to end giving us a show with his unique and dynamic riding style that led him to win with honor in front of the French public. 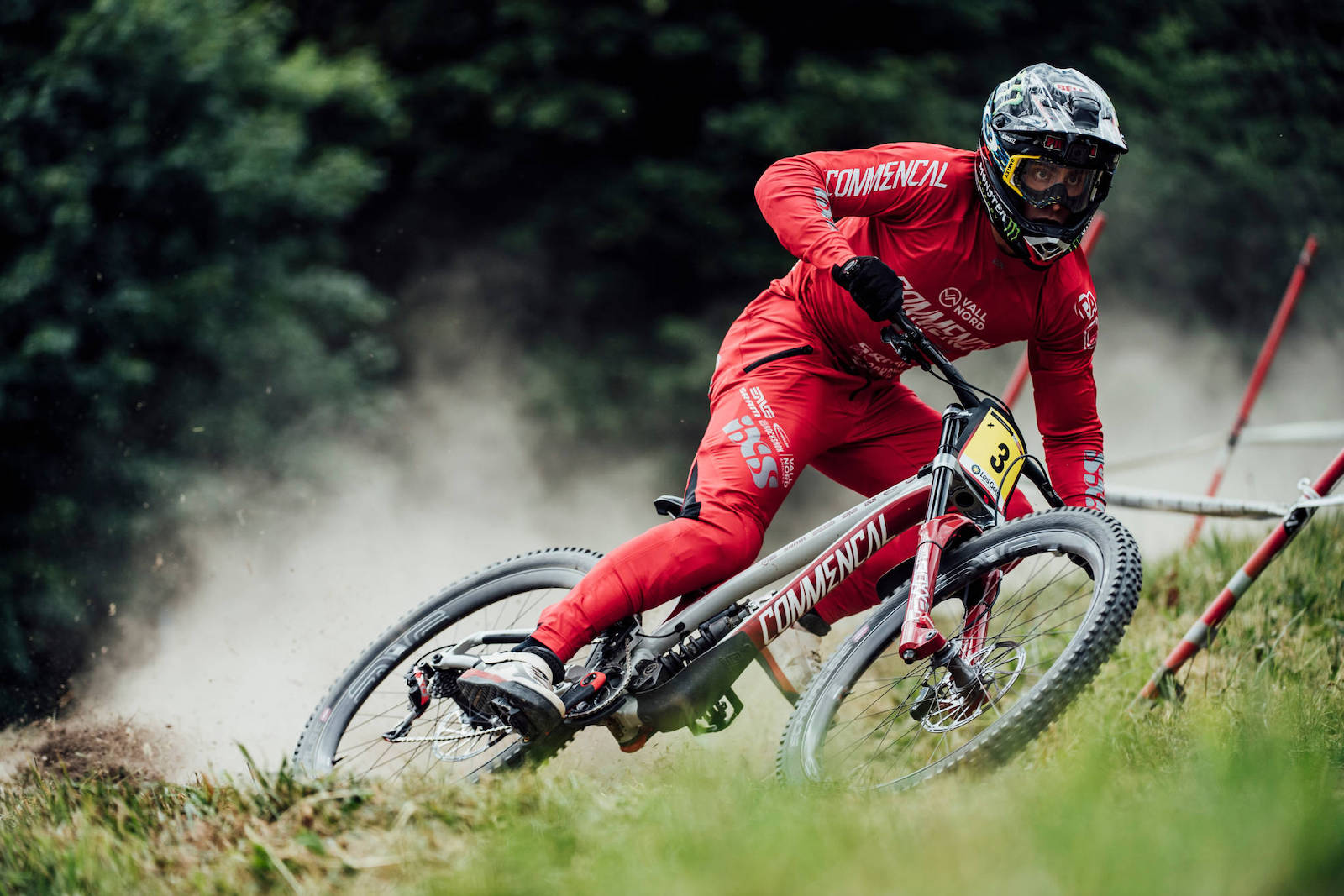 Second place for Loic Bruni who, despite having to give up the top step of the home race podium to his friend Pierron, remains the athlete who dealt with the key forest section, the entire technical section in the woods, in the shortest time. 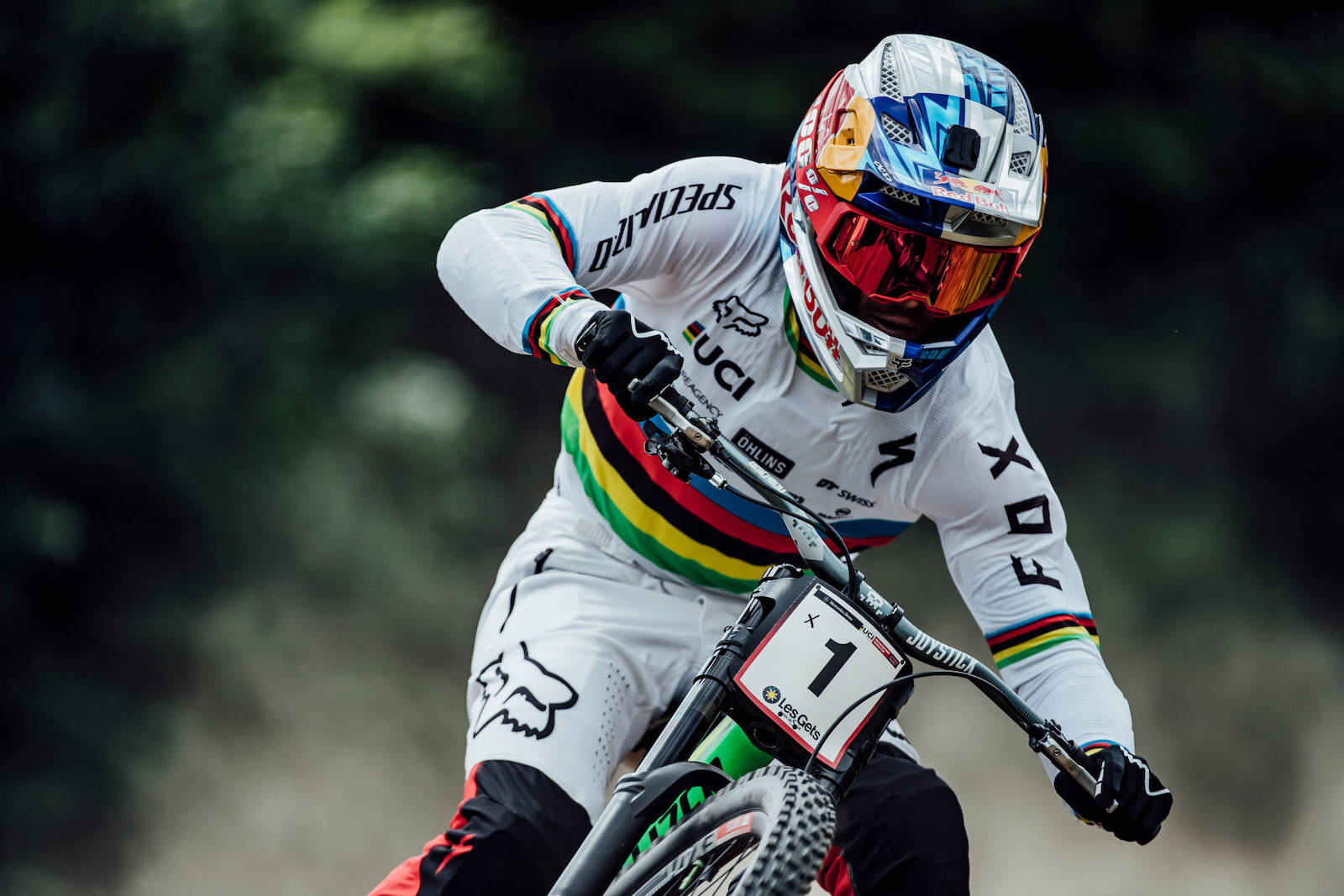 Laurie Greenland closed out in third place with an amazing run conducted with an aggressive and precise attack, the first to really raise the pace compared to the athletes before him. 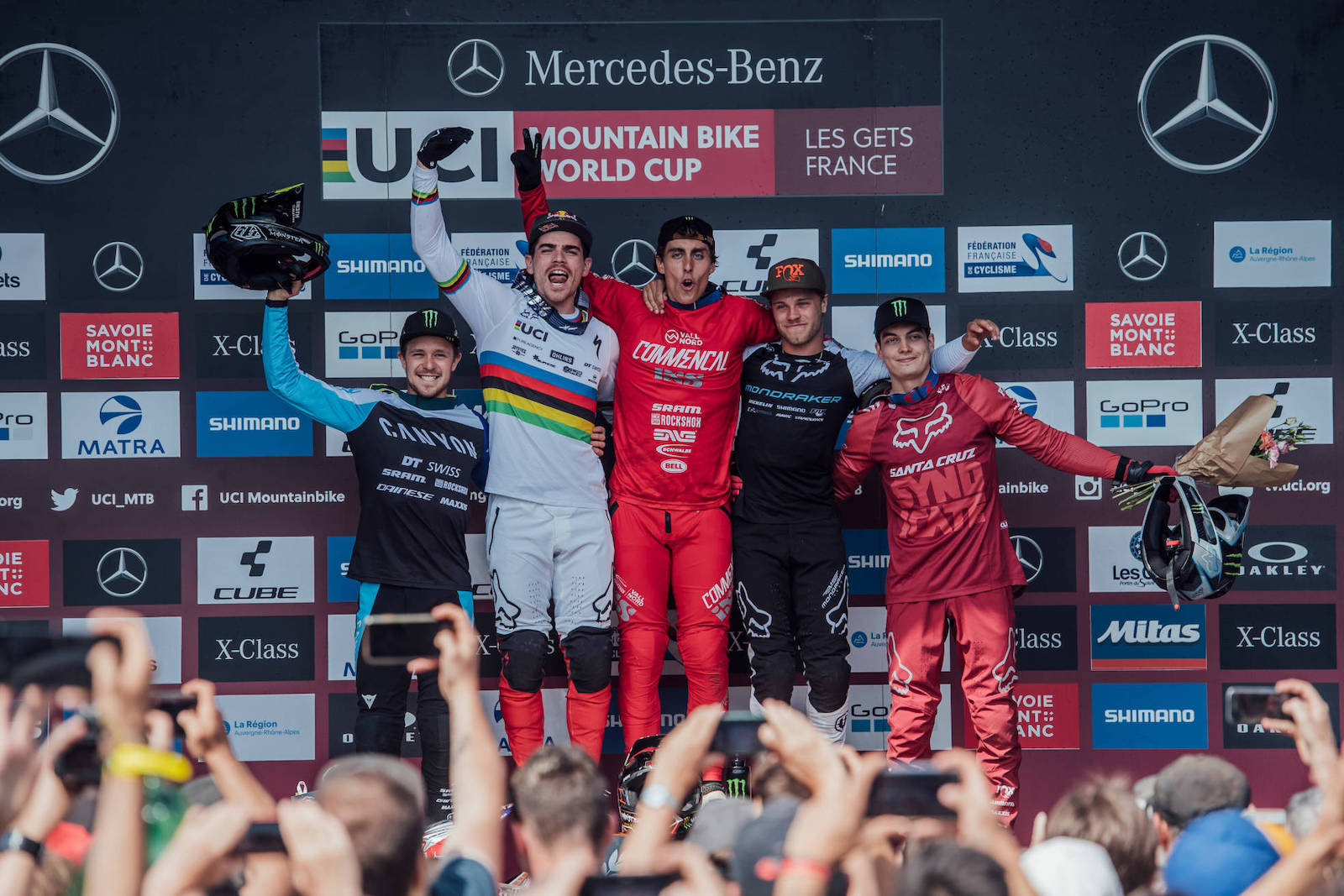 Fourth place for Troy Brosnan, whose run was impeccable but unfortunately not fast enough, on his birthday to celebrate with a win. 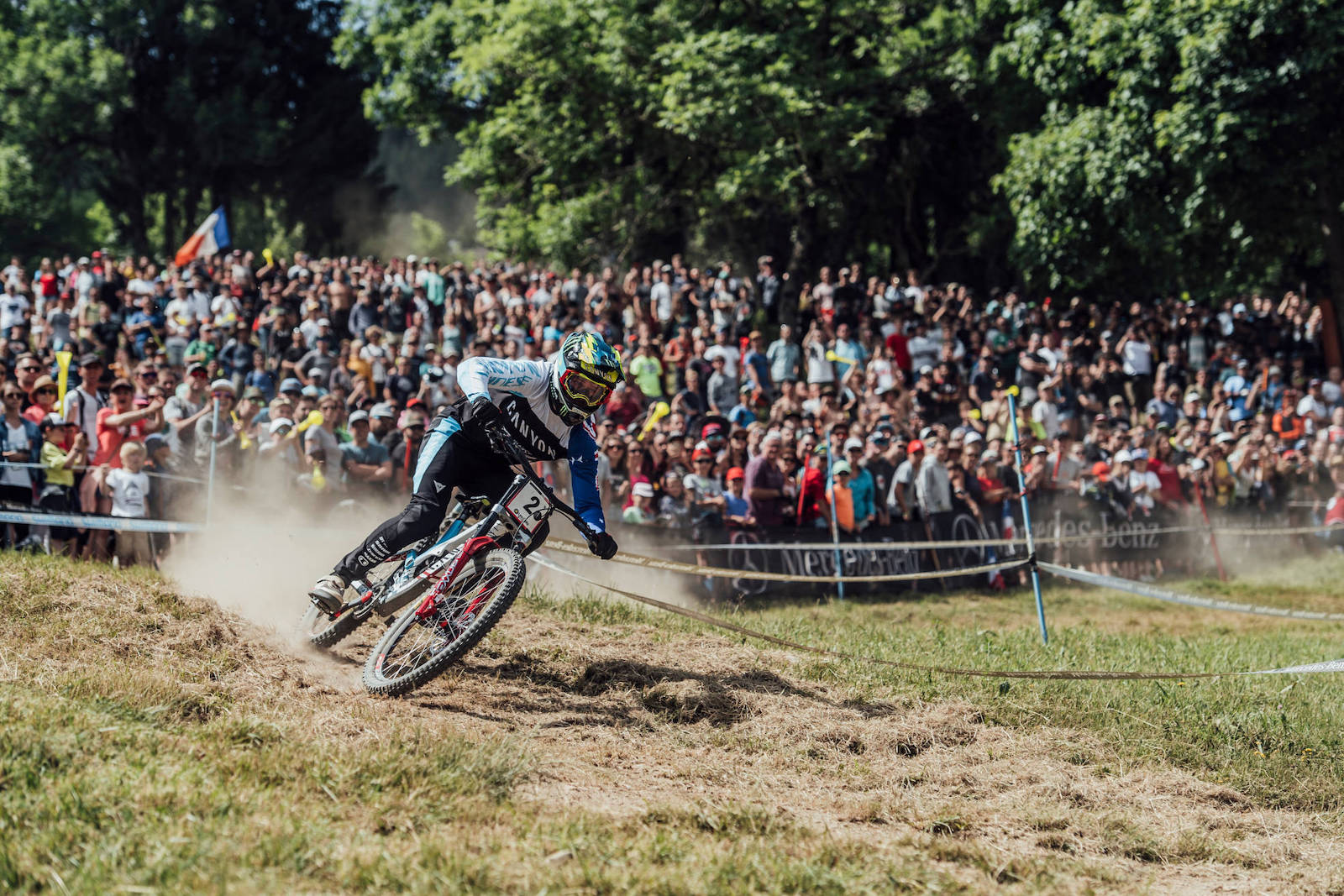 The third of the French “three musketeers”, Loris Vergier, rounded out the podium with a fifth place he can’t complain about considering he only just recently recovered from a bad crash during practice this morning. 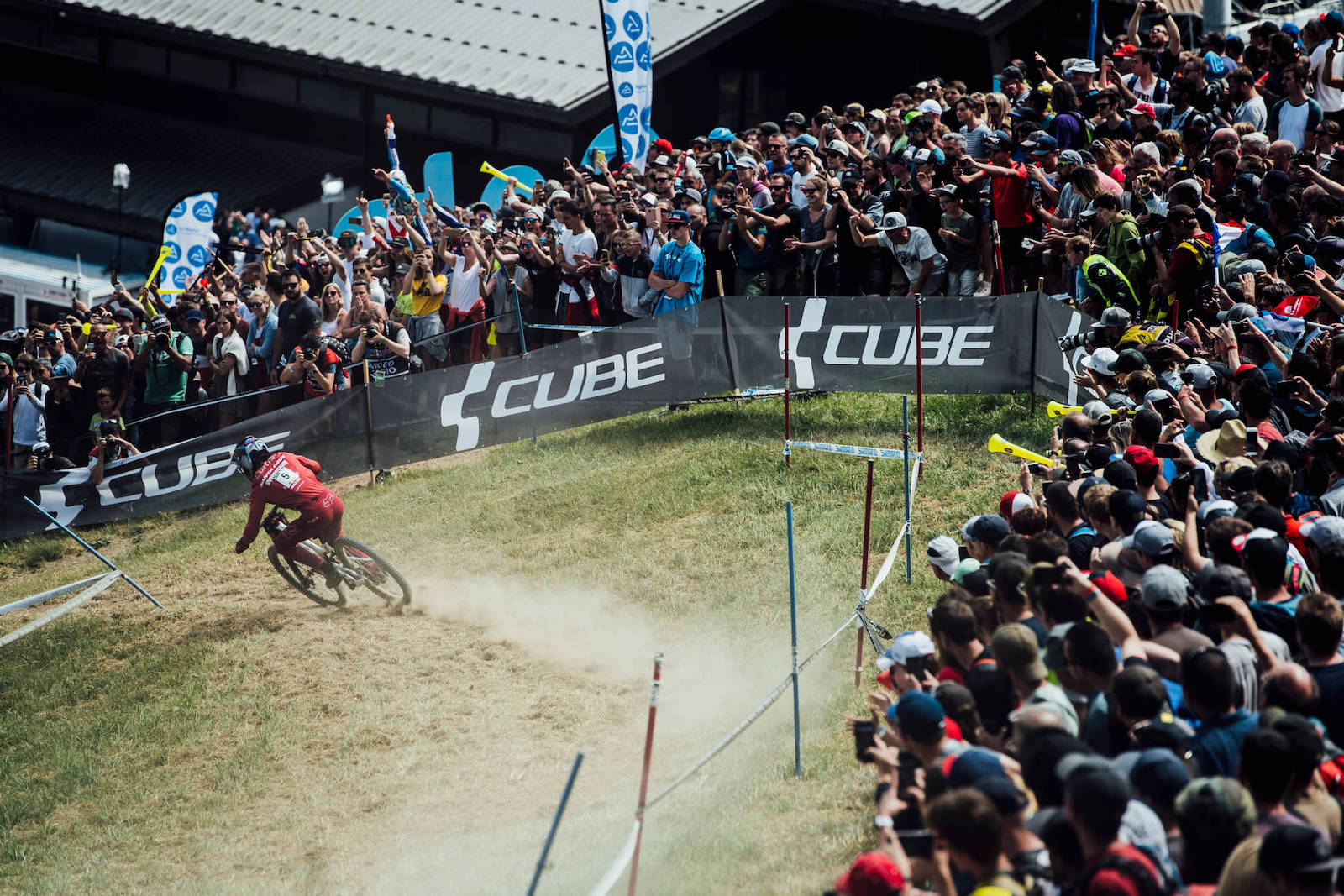 Long overdue was a fantastic 6th place from Brendog who was just over 1/10th off of the podium and kept the hot seat warm for quite some time. 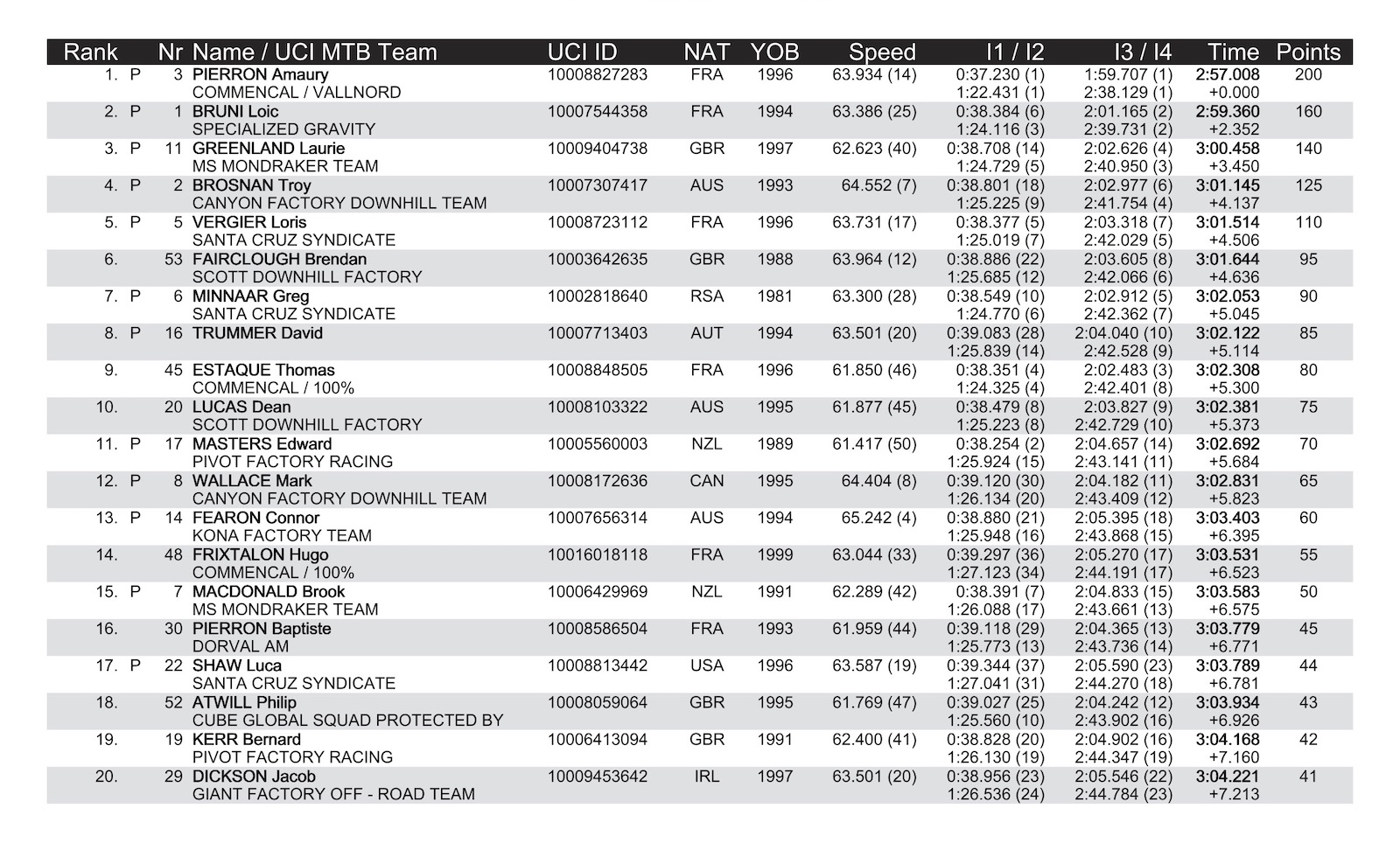 The female category without Rachel Atherton, seriously injured here at Les Gets during practice, and without Tahnée Seagrave and Miriam Nicole still in the recovery phase, is short on female athletes, however the show was not lacking with a hard fought race at a high level for the athletes on the podium. 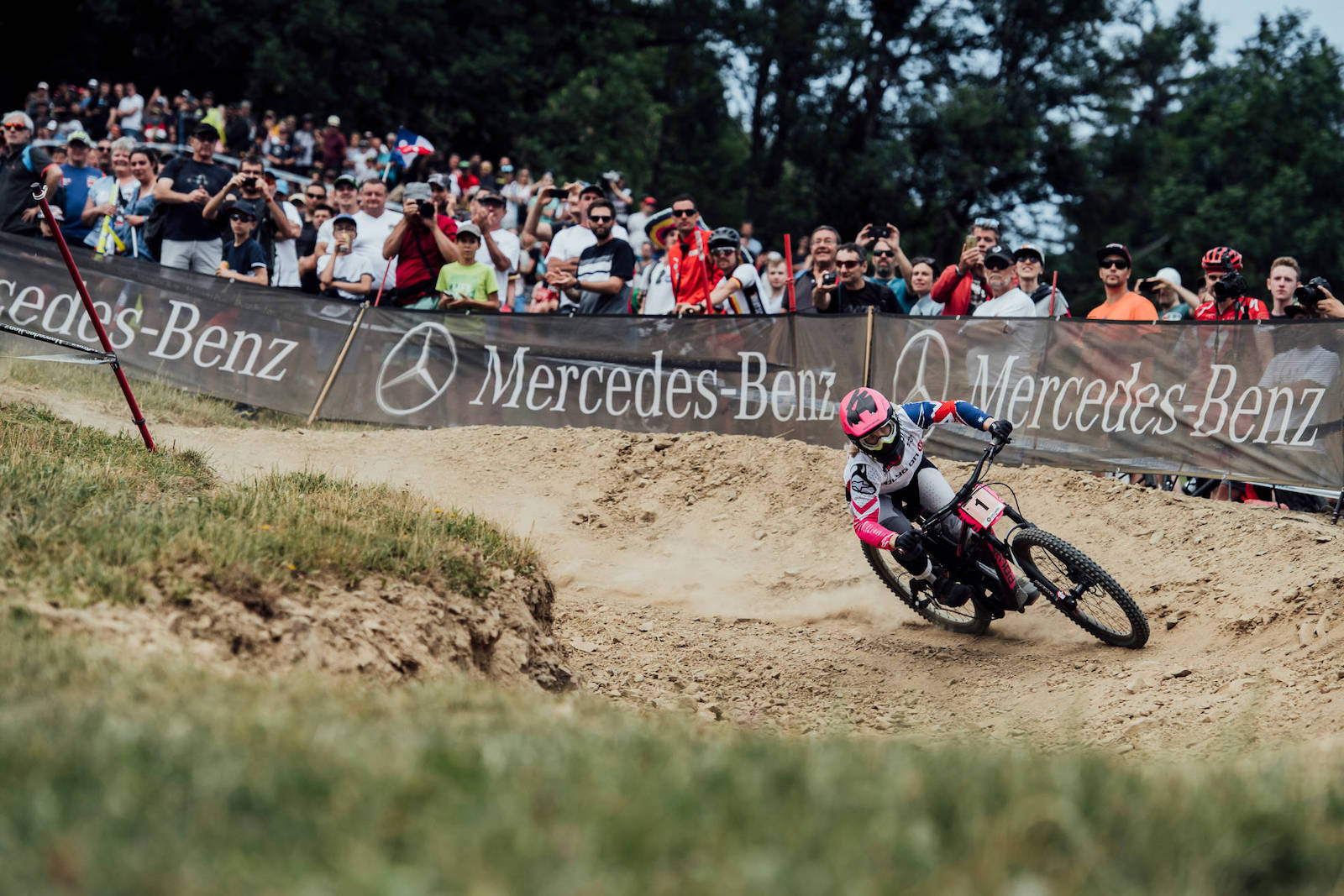 Tracey Hannah got her second career win after Vallnord’s first place, besting Marine Cabirou’s time by less than 7 tenths of a second. Third position for the aggressive Italian Mariana Salazar upon her return to the races. Eleonora Farina confirmed her fourth place in qualifying by closing a beautiful run that took her to the hot seat. Fifth place for Nina Hoffman while Veronika Widmann finished in sixth place, missing the podium by less than 5 hundredths of a second.

The domain of Thibaut Daprela and Valentina Höll in their respective Junior categories is now so well established that it almost ceases to be news, except for the fact that the young Austrian athlete has marked a time of almost 1.5 seconds faster than that with which Tracey Hannah won in the Elite category.

The UCI DH World Cup will be back on track in Val di Sole on 2 and 3 August.