After 12 years of progression Santa Cruz Bicycles have released their latest incarnation of the V10 downhill bike. With a completely reworked frame, and 27.5″ wheels, the new V10 with already a number of wins under it’s belt sets the standard for downhill bikes. 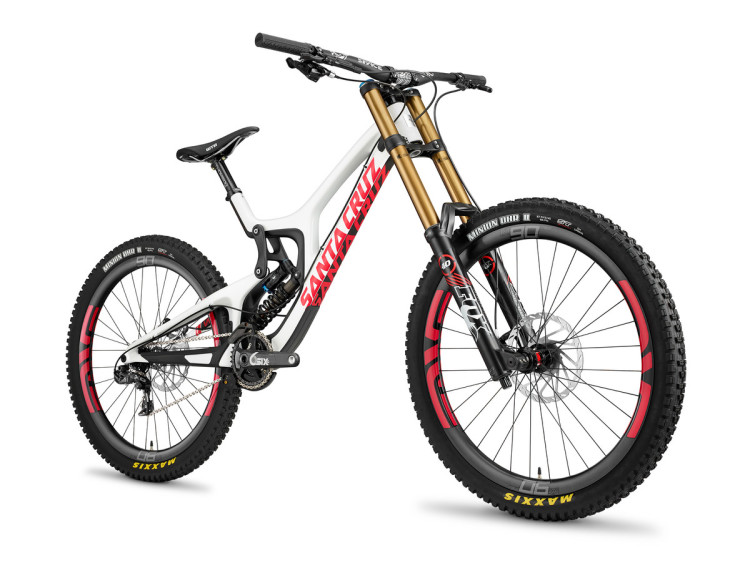 The V10 was launched at the annual Santa Cruz get together in California, where the company celebrated the achievements of it’s riders and staff for the year. The get together was also in order to celebrate Josh Bryceland’s championship win for 2014. Josh was present despite his foot which was still in plaster along with the rest of the Santa Cruz riders.

Along with the V10 announcement it was confirmed that first deliveries have been received and soon dealers will be receiving the first bikes for customers immediately.

The V10 has been put together slightly differently compared to the last versions, again the bottom bracket is marginally lower, and adjustable by changing the geometry, plus despite the bigger wheels the chain stays are the same length as the 26″ version. The full carbon frame front and rear has been reworked with a slightly longer front centre and thicker front tubes, with an improved rear triangle strength wise. The travel has been altered slightly (reduced to 216mm) that takes into account the new wheel size, and the shock travel is marginally shorter. The complete bike is available in two versions, a Zee based lower end version and a Sram XO1 based high end version.