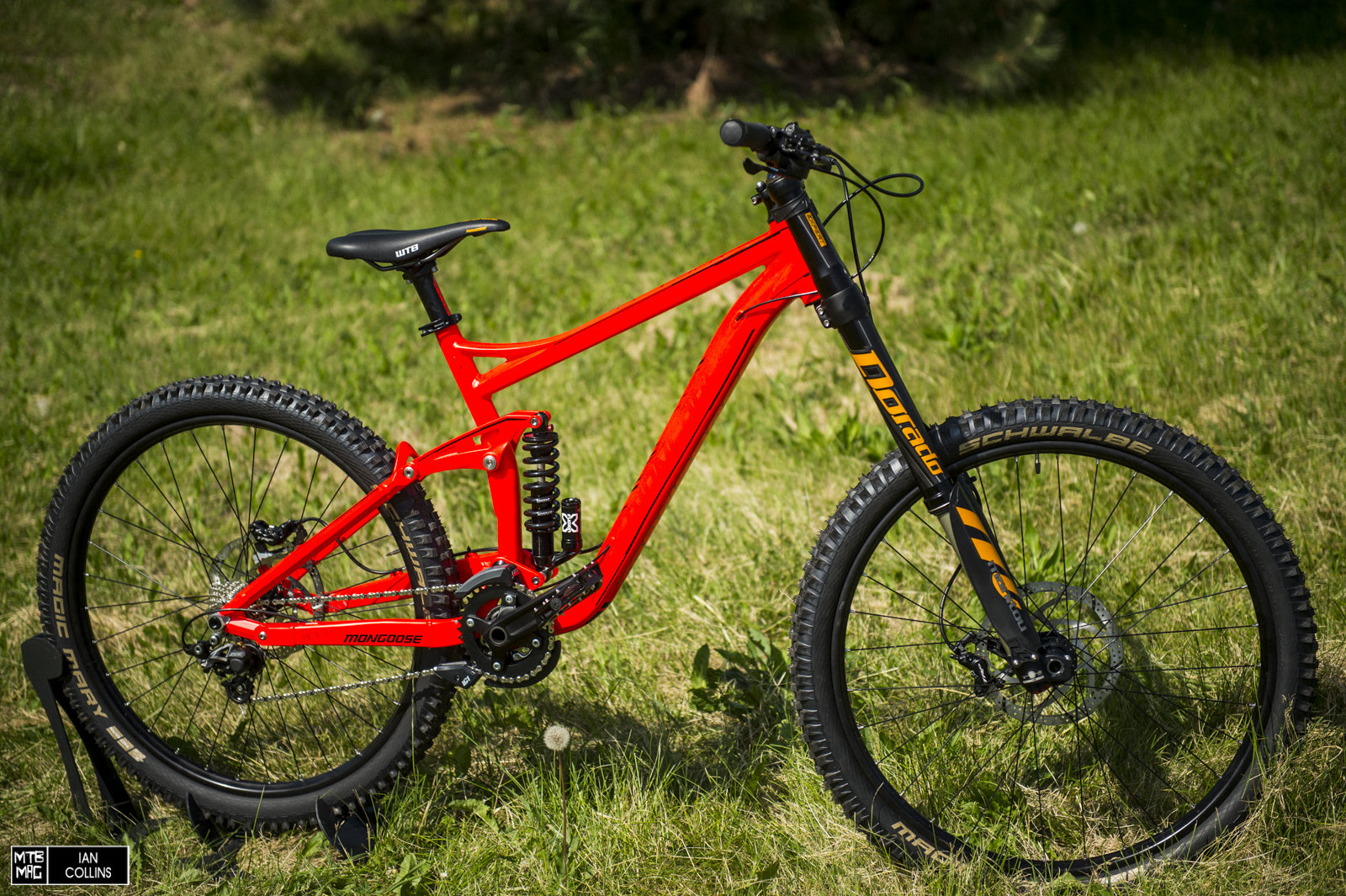 Mongoose Bikes recently invited us to their US headquarters in the capital city of Madison, Wisconsin. Owned by Pacific Cycles, they share resources with sister brands such as Schwinn, GT and Cannondale as well as a handful of component, accessory and clothing brands such as Fabric and Sombrio. Mongoose first came to life when Skip Hess began making BMX bikes out of his garage in Simi Valley, California. Since then, the brand has taken various shapes but was always generally best known in the BMX world. 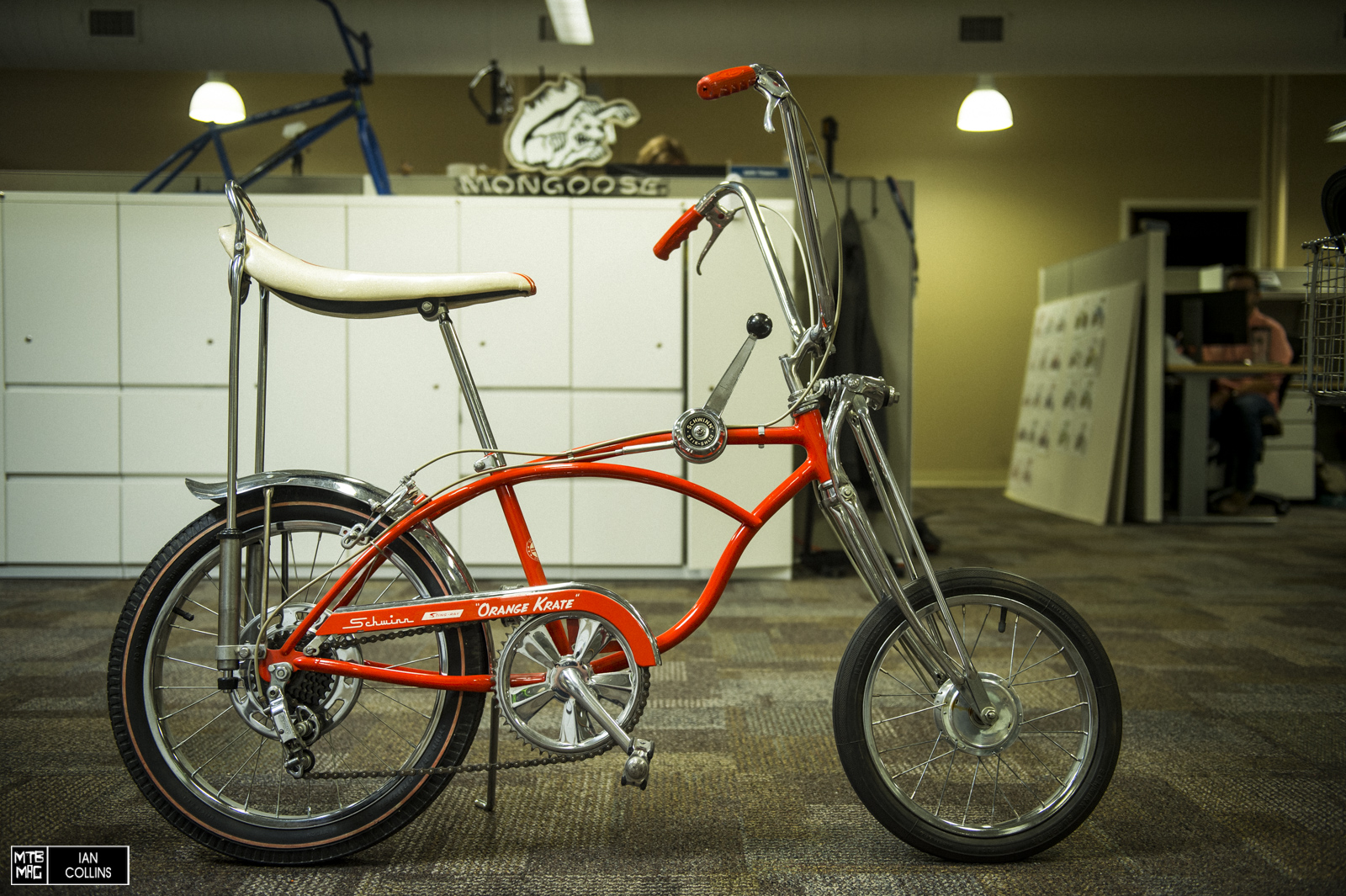 An original Schwinn Orange Krate in pristine condition, found in the office. There’s a great deal of history under the Pacific Cycles umbrella.

From the beginning of our introduction, Senior Product Manager Matt Prest made no attempts to mince words.  He made it abundantly clear that Mongoose bikes aren’t trying to compete with some of the other big brands’ high end offerings. Rather, the ethos was more about being an entry level brand that packs great value for those new to mountain biking and wary about how much it costs to get involved in the sport.  Basically, Mongoose’s mission is to help attract new customers and encourage growth in our sport. Anyhow, before we got to take a jaunt on their local trails with Greg Watts and Chris Akrigg, Matt gave us a presentation on some of the new features and technologies offered in their 2018 lineup. Here’s a shakedown… 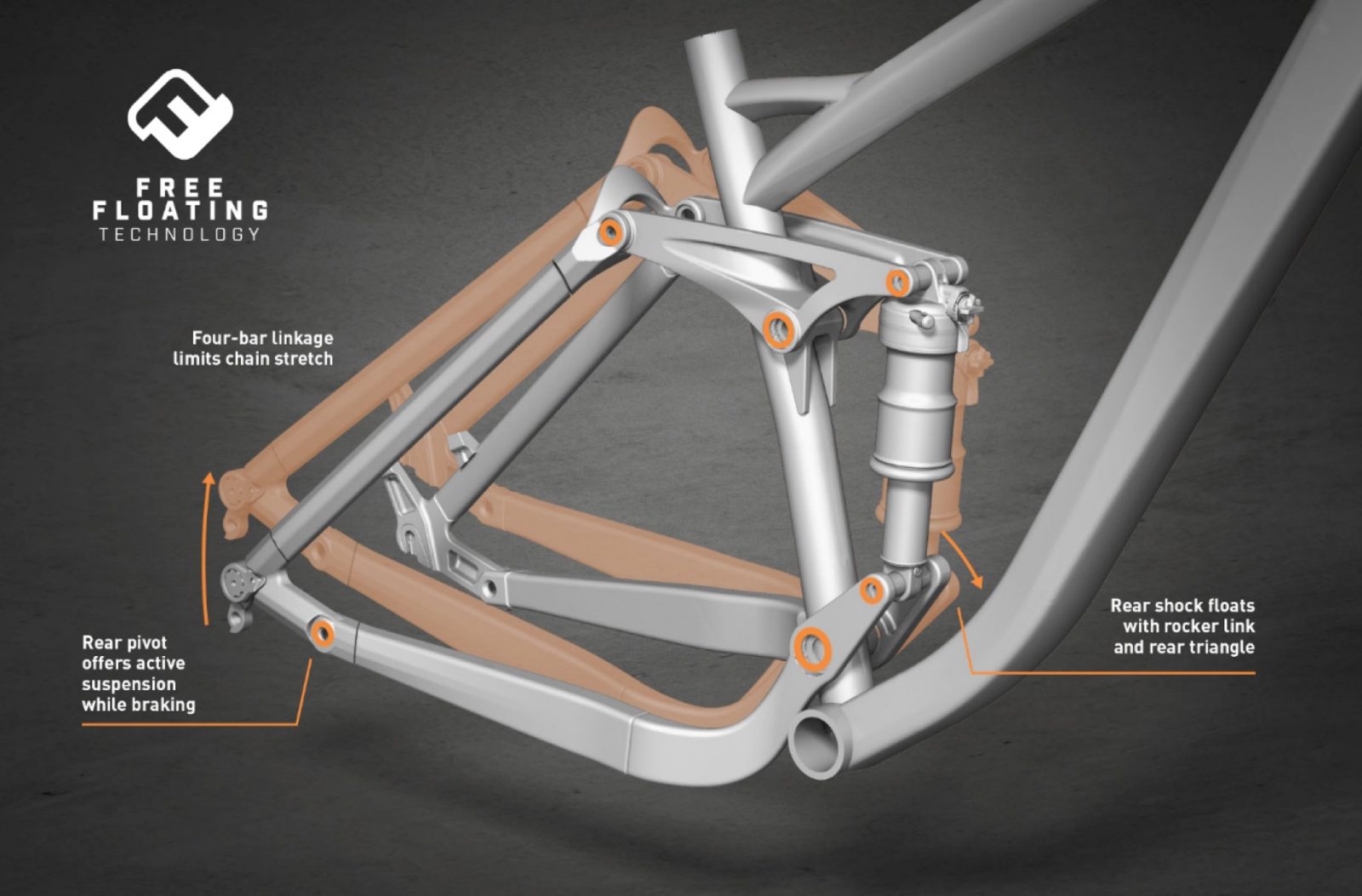 The bikes ship with a 141mm QR which helps get prices down – however, adapters bolt into the 148mm Boost standard dropouts so that the bike is up to date and easily upgradeable.

The Boot’r comes in complete at just $2,499 US.  It’s a full DH bike with mainly name brand parts such as Schwalbe tires and a WTB saddle. 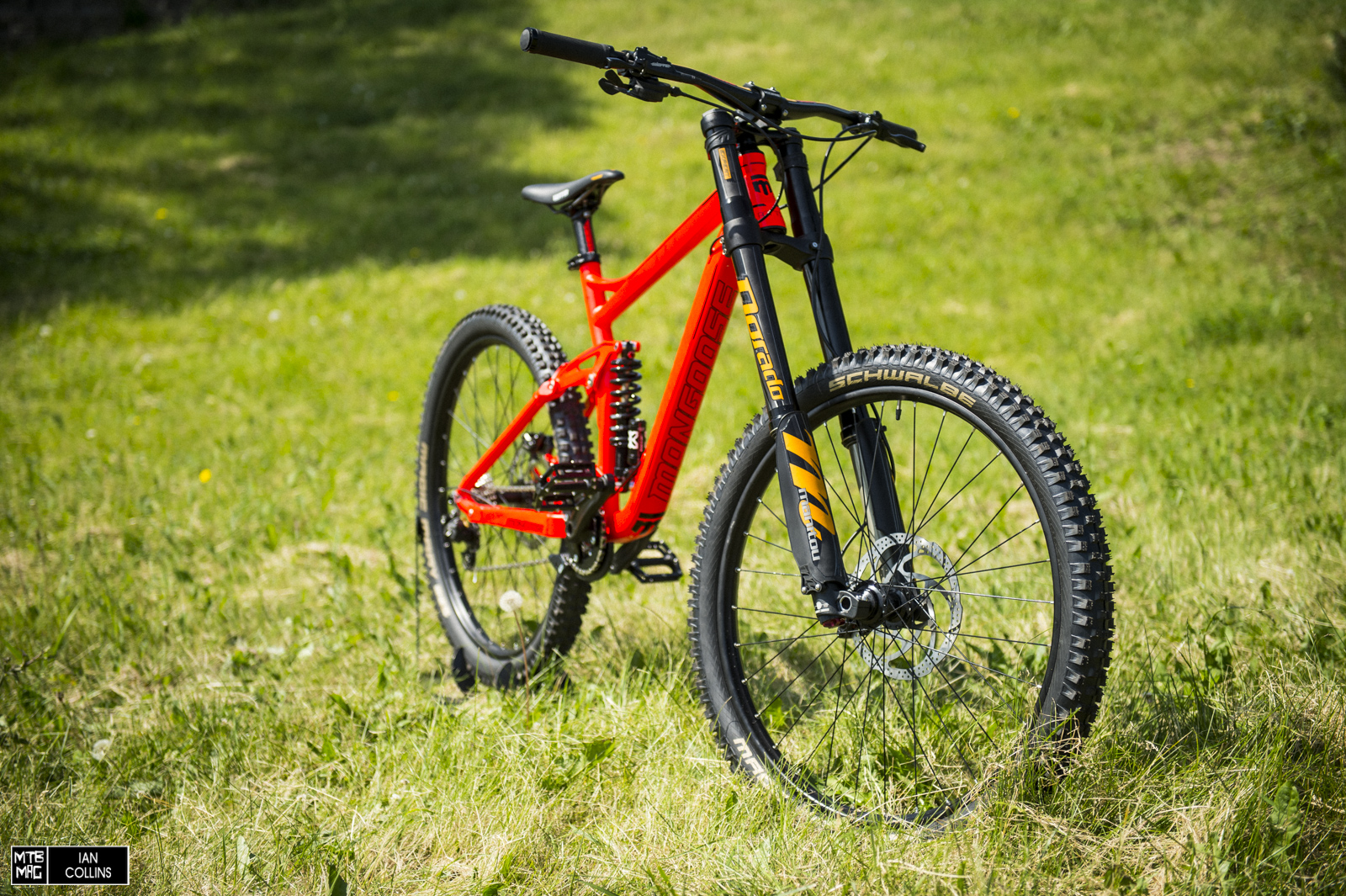 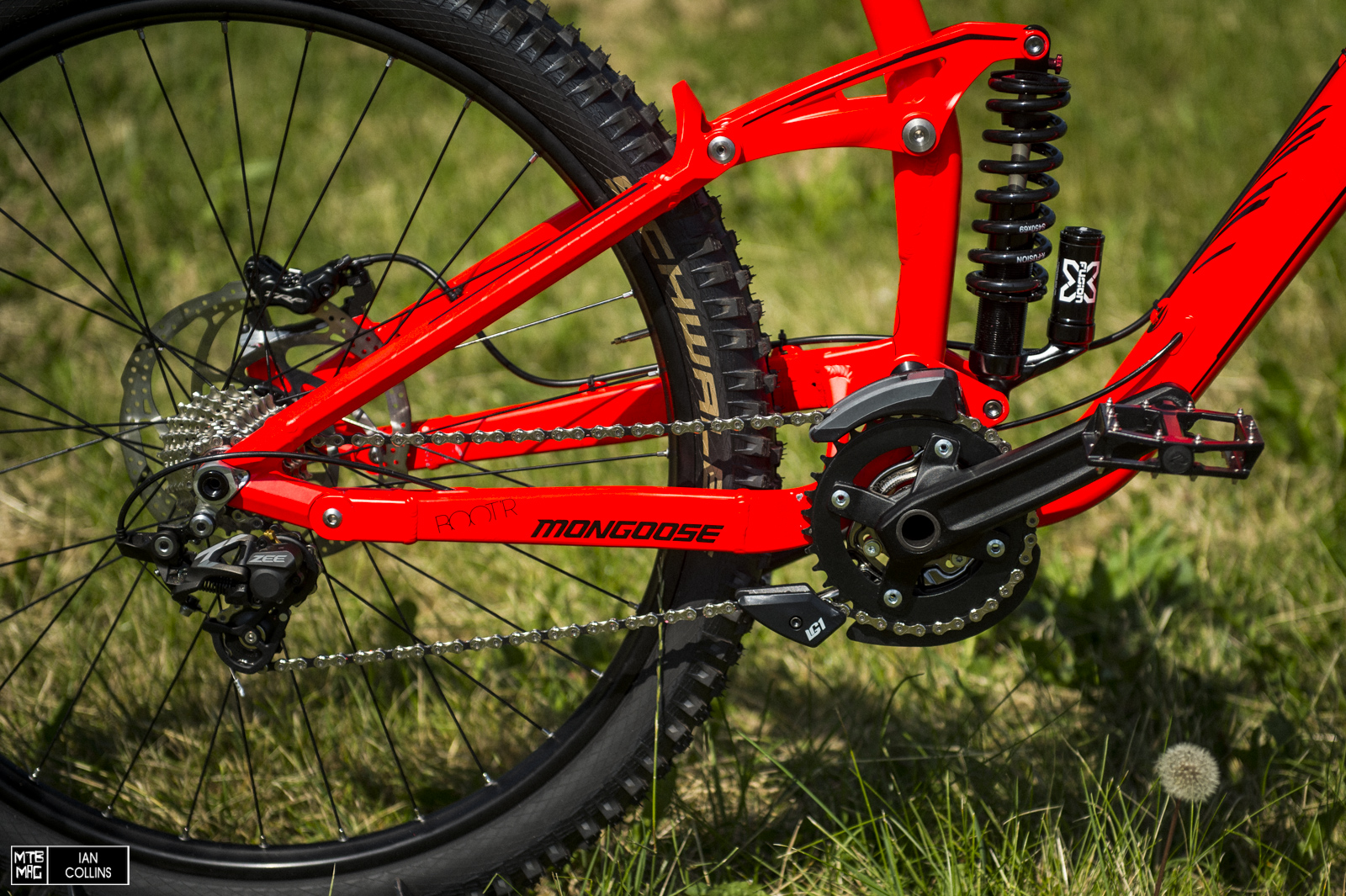 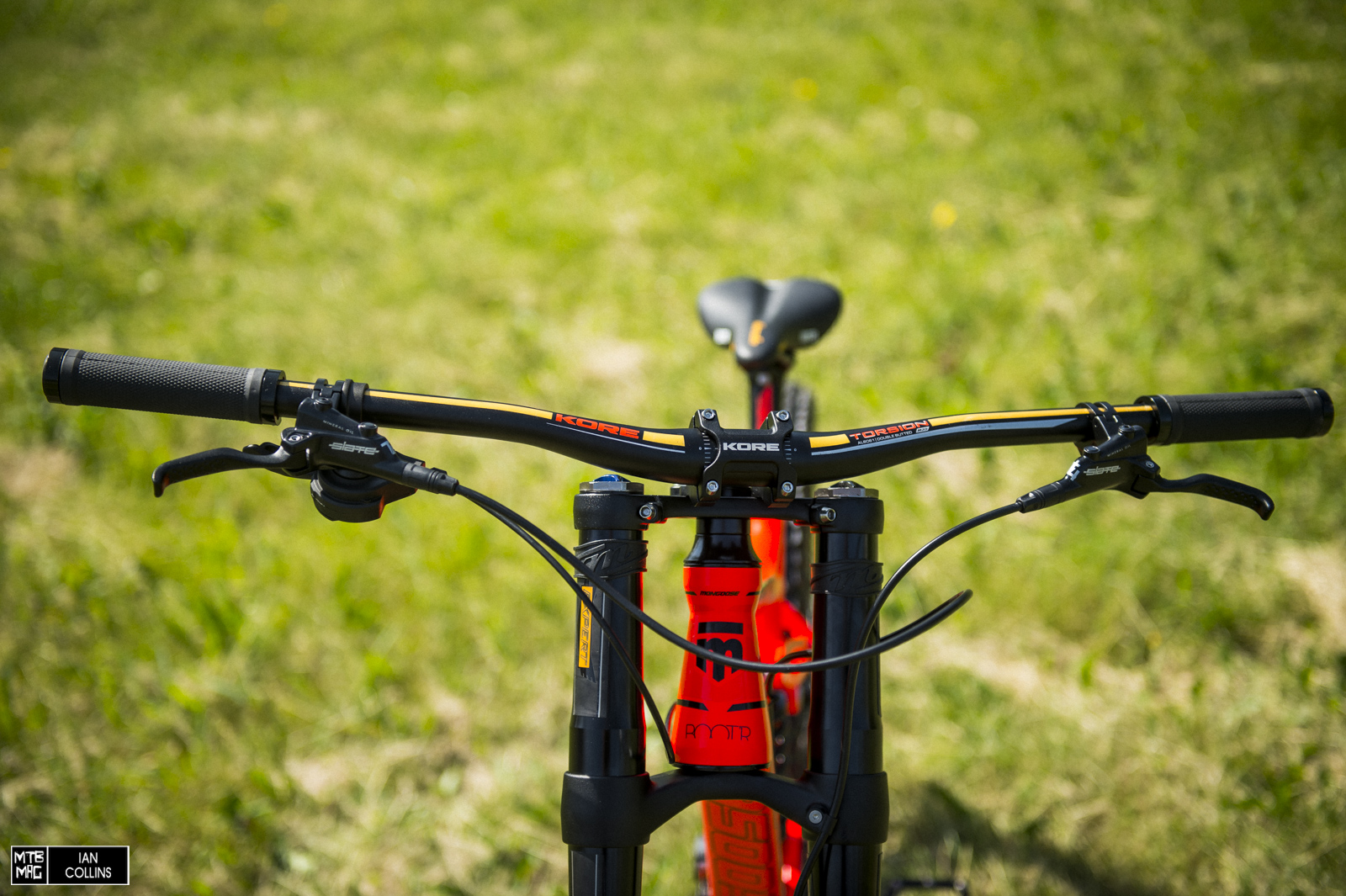 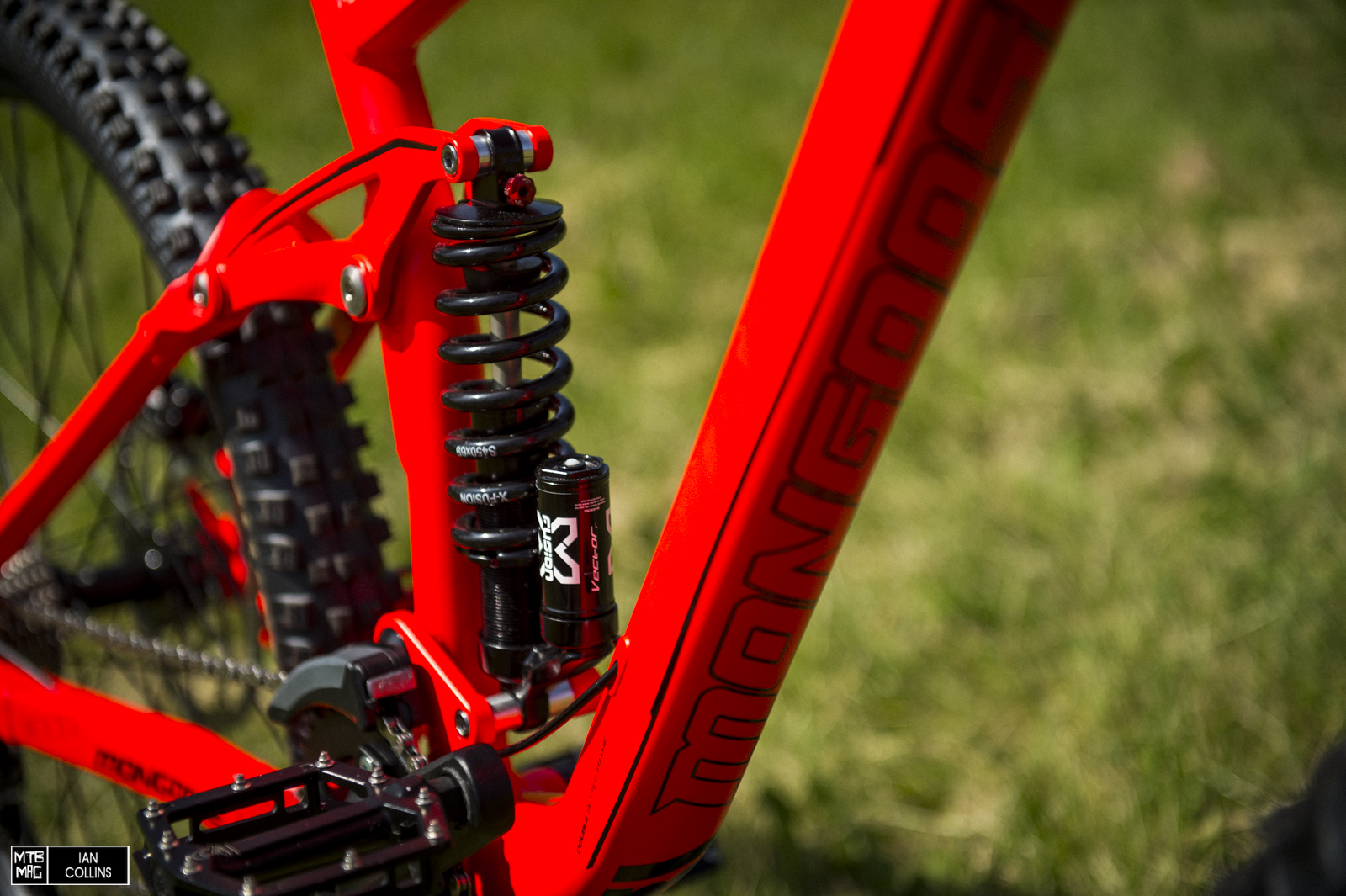 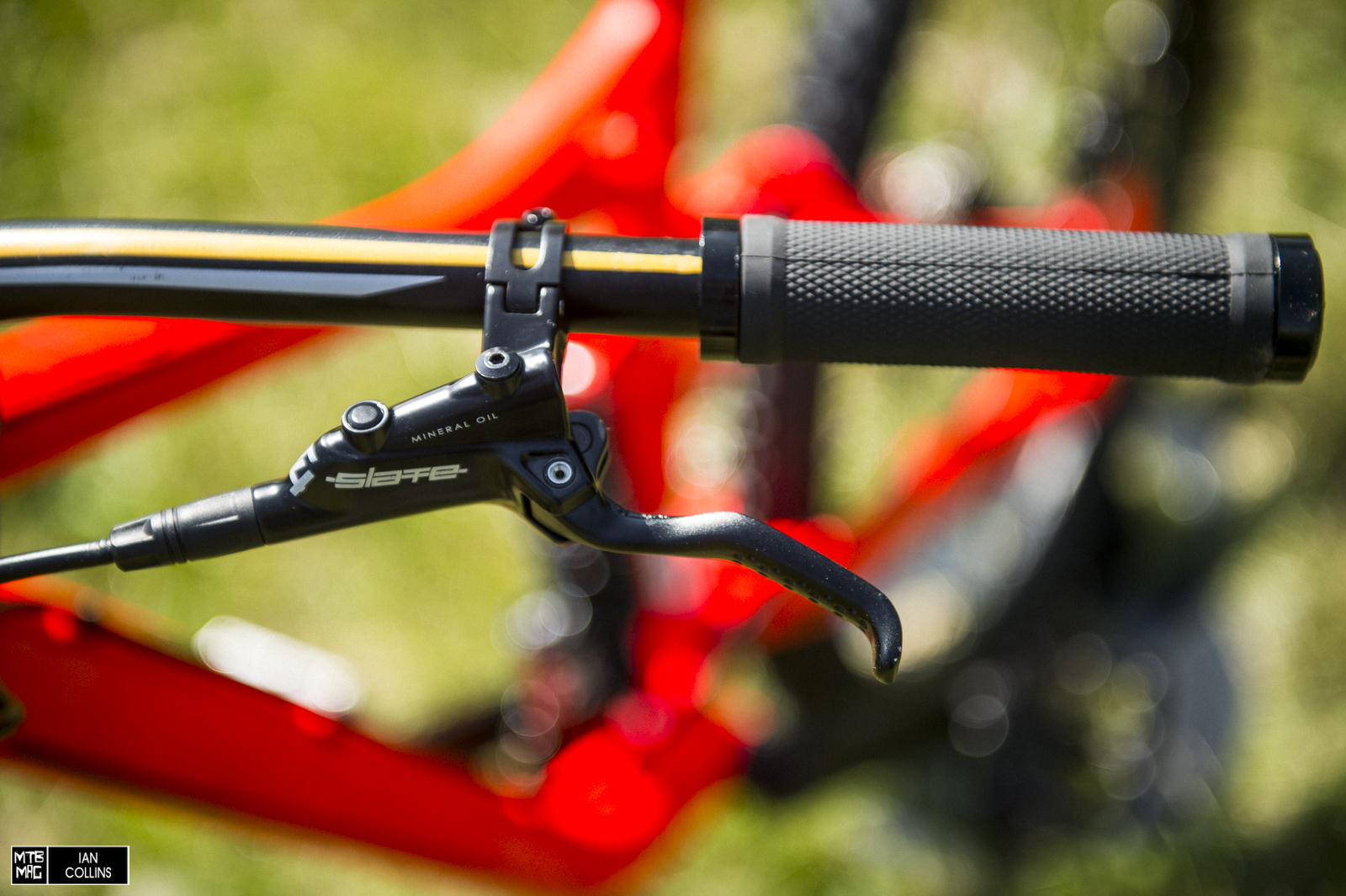 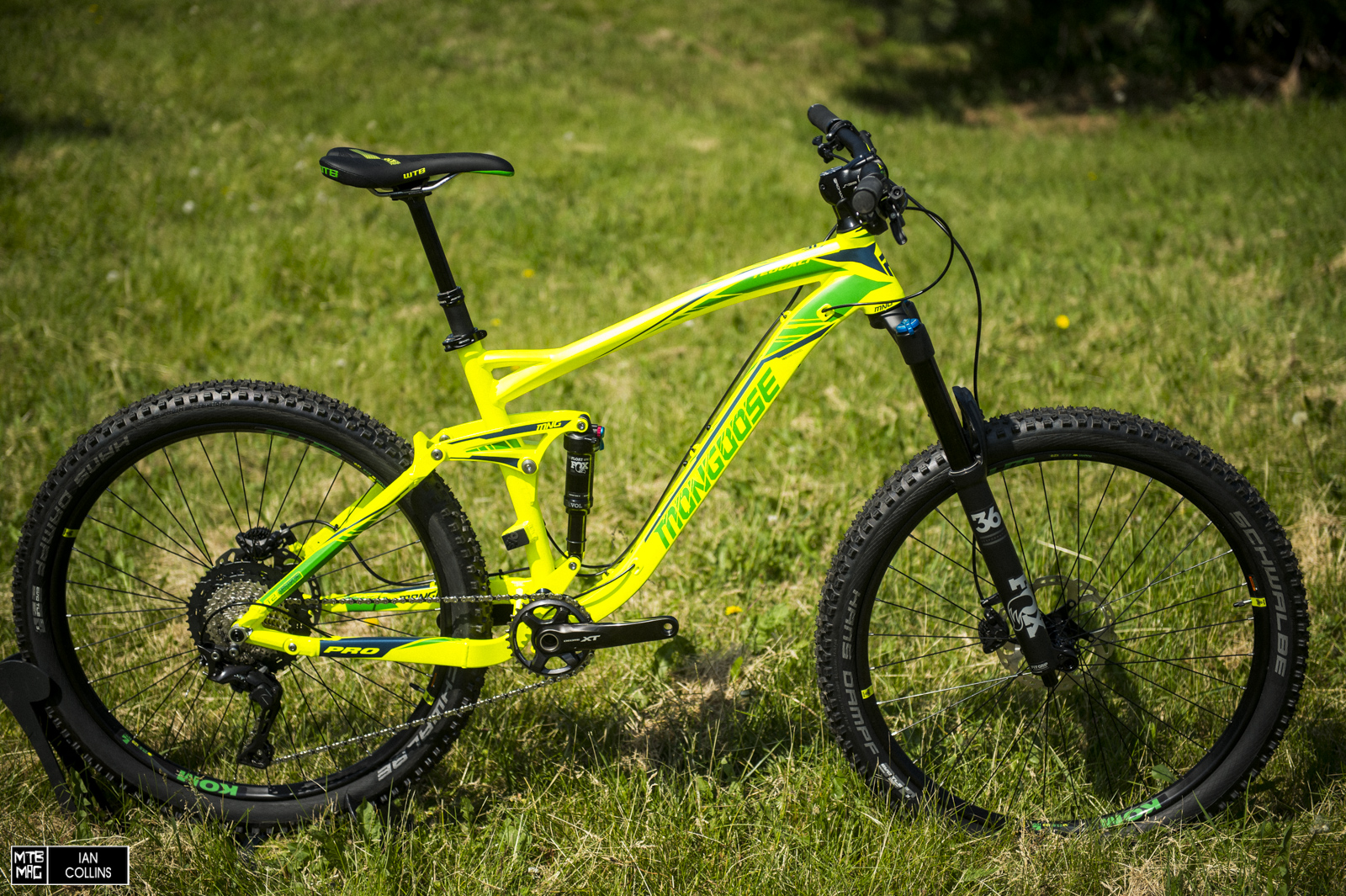 At just $2999 complete, this is the flagship bike in Mongoose’s lineup and boasts a rather impressive spec for the price. 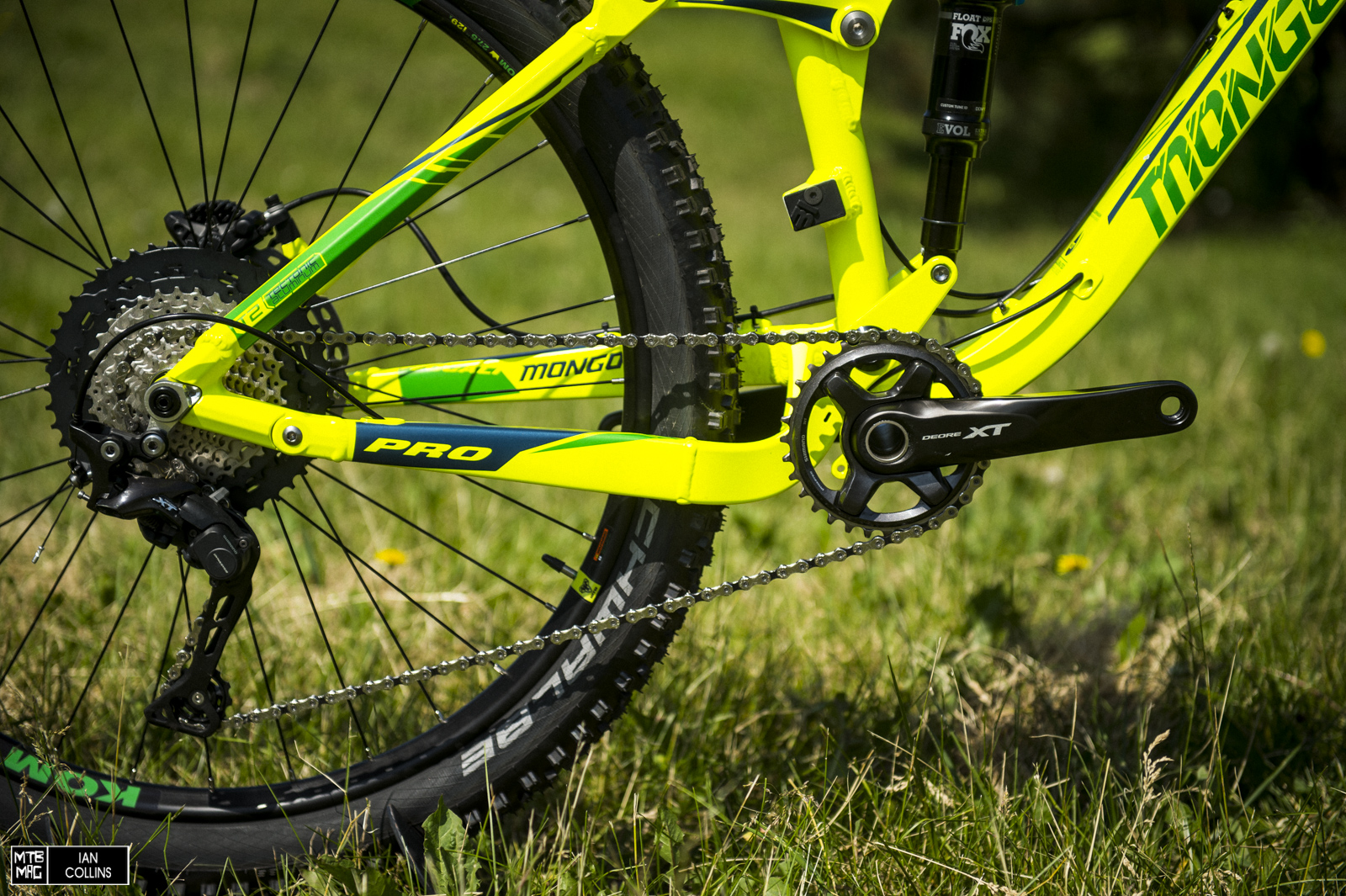 Shimano XT drivetrain. Notice the option for a front derailleur. 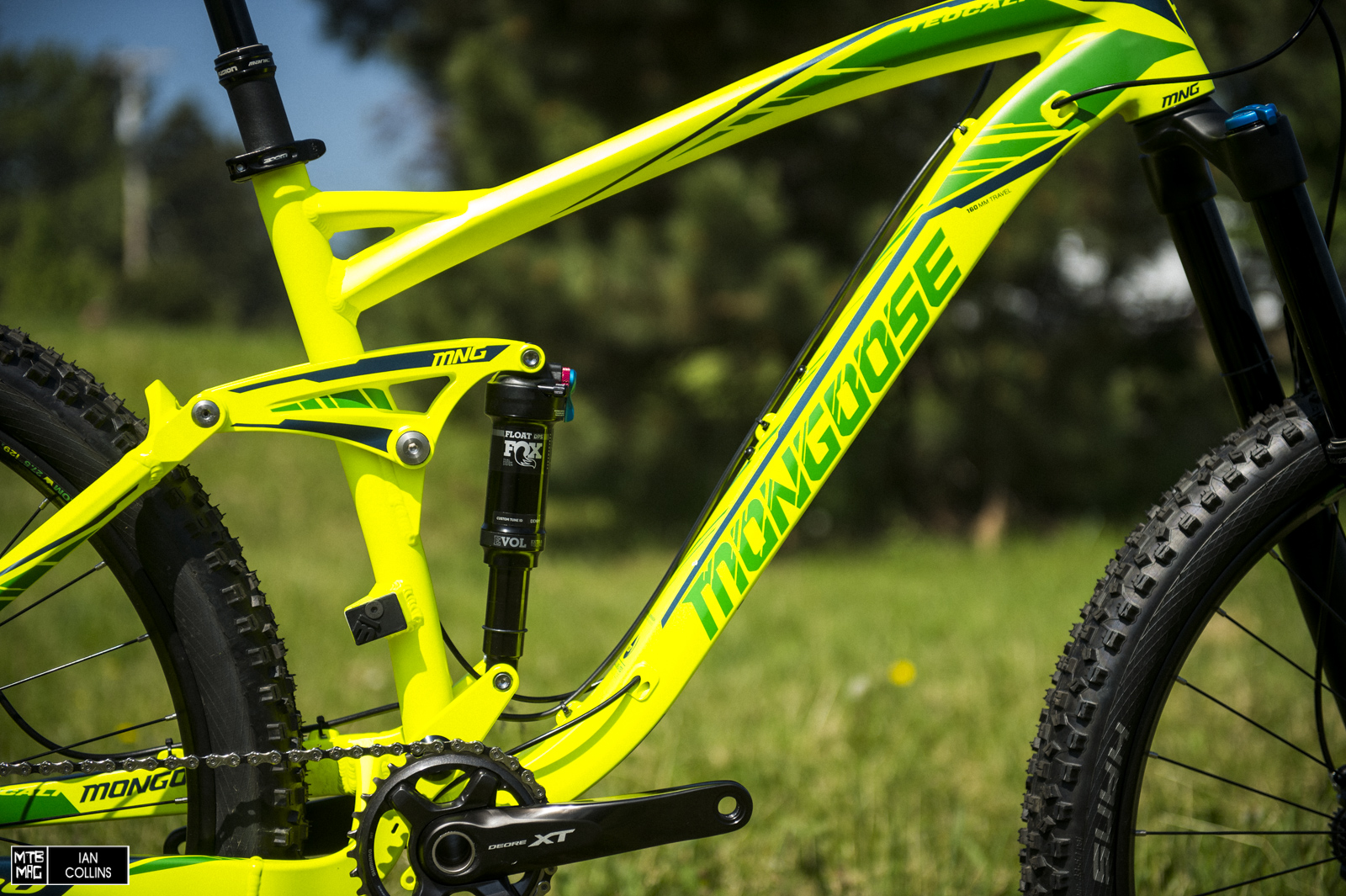 Kore cockpit with a full width handlebar and lock on grips. 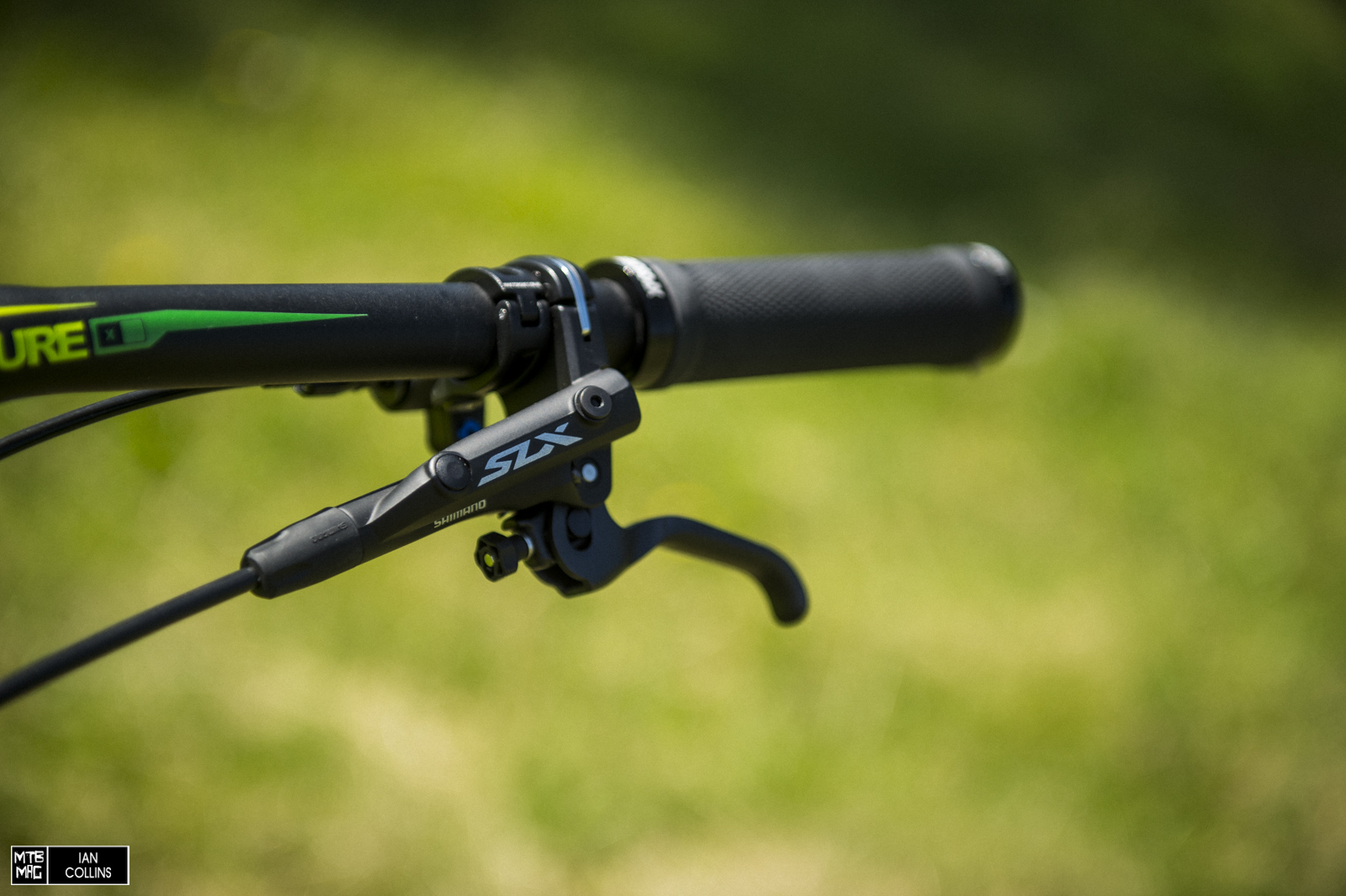 Coming in at $2499 this is the bread and butter spec for the Teocali line. It’s the same frame as the Pro, RockShox suspension and different parts… The retention system wraps a full 360º around the head. GoPro mounting and loads of rear ventilation for just $30 US. To catch up on more details from Mongoose bikes and their 2018 lineup, head to their website: