For some time now, I’ve been thinking about putting together a quick piece laying out the bikes I ride day to day. While these days most of my time is spend on trail and enduro bikes, it’s still nice to get out on the “little” bike and “big” bike once in a while. 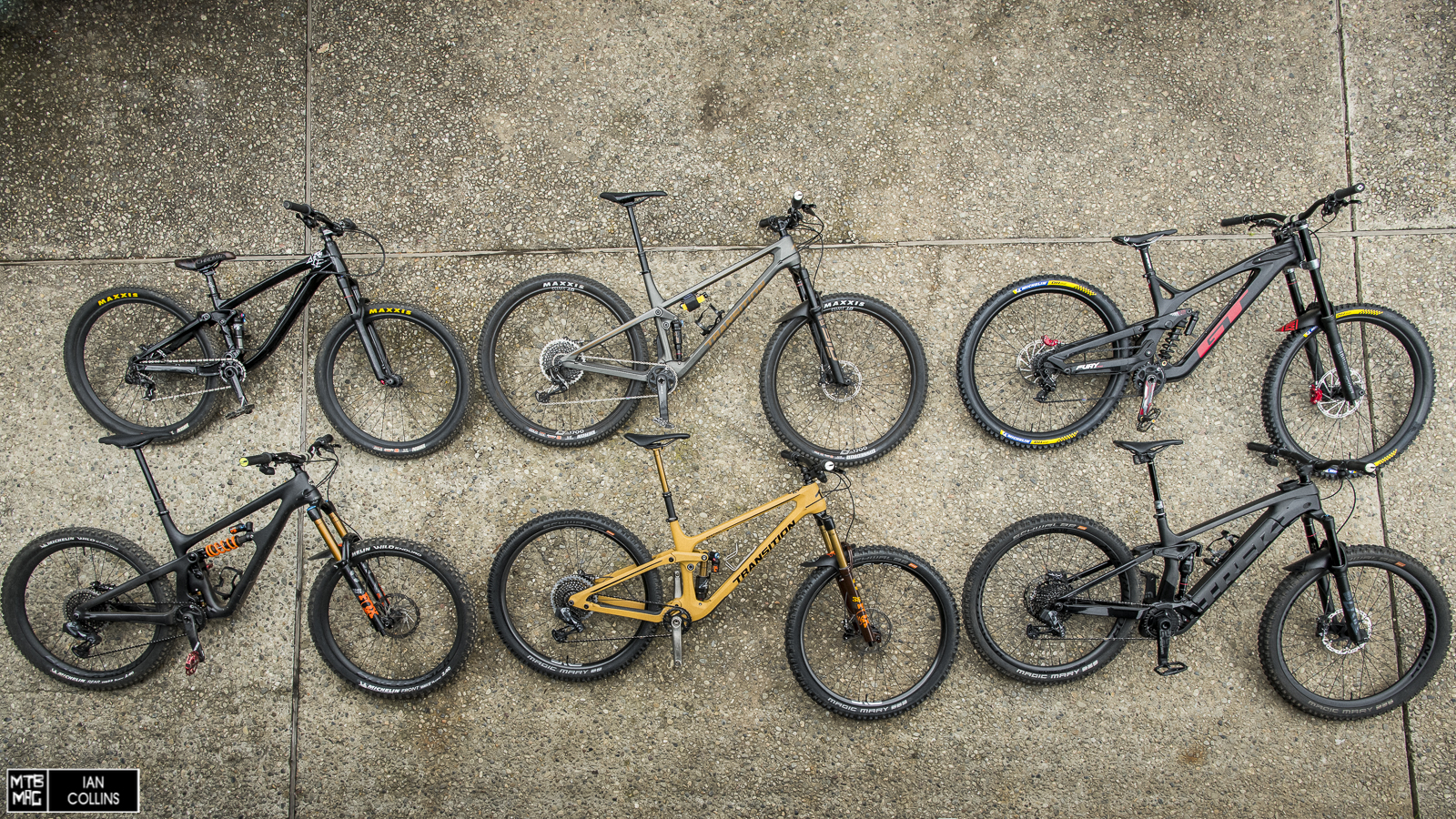 Working as an editor, I’m fortunate, and grateful to get to test new products regularly. With that in mind, I’m not a brand whore, or a loyalist for that matter. I’ve owned many bikes over the years from many different brands. While I tend to like certain attributes in mountain bikes, they tend more to center around geometry and suspension mainly. And thus, the rotation in my stable changes constantly. Here’s a quick look at what I’ve been riding lately… 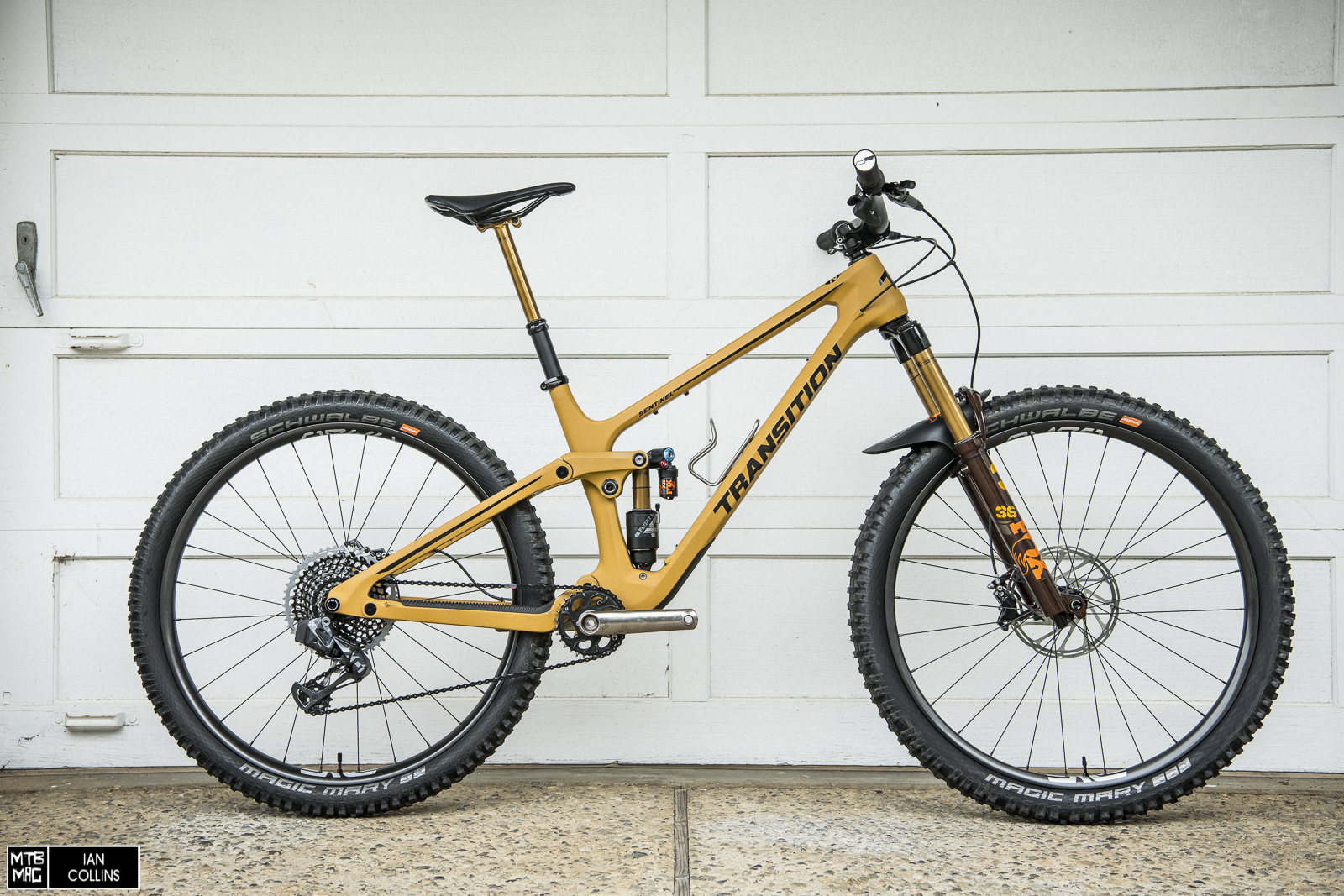 The new Sentinel is one of, if not the best all around mountain bike I’ve tested to date. I liked it so much that I decided to keep it and build it out as a dream bike. At the moment the bike is sold out through September, so I guess I’m not alone. With 160mm travel up front and 150mm rear, it can manage just about anything I throw at it, yet it remains playful and can handle the task of some pretty big days thanks to its excellent geometry and kinematics. 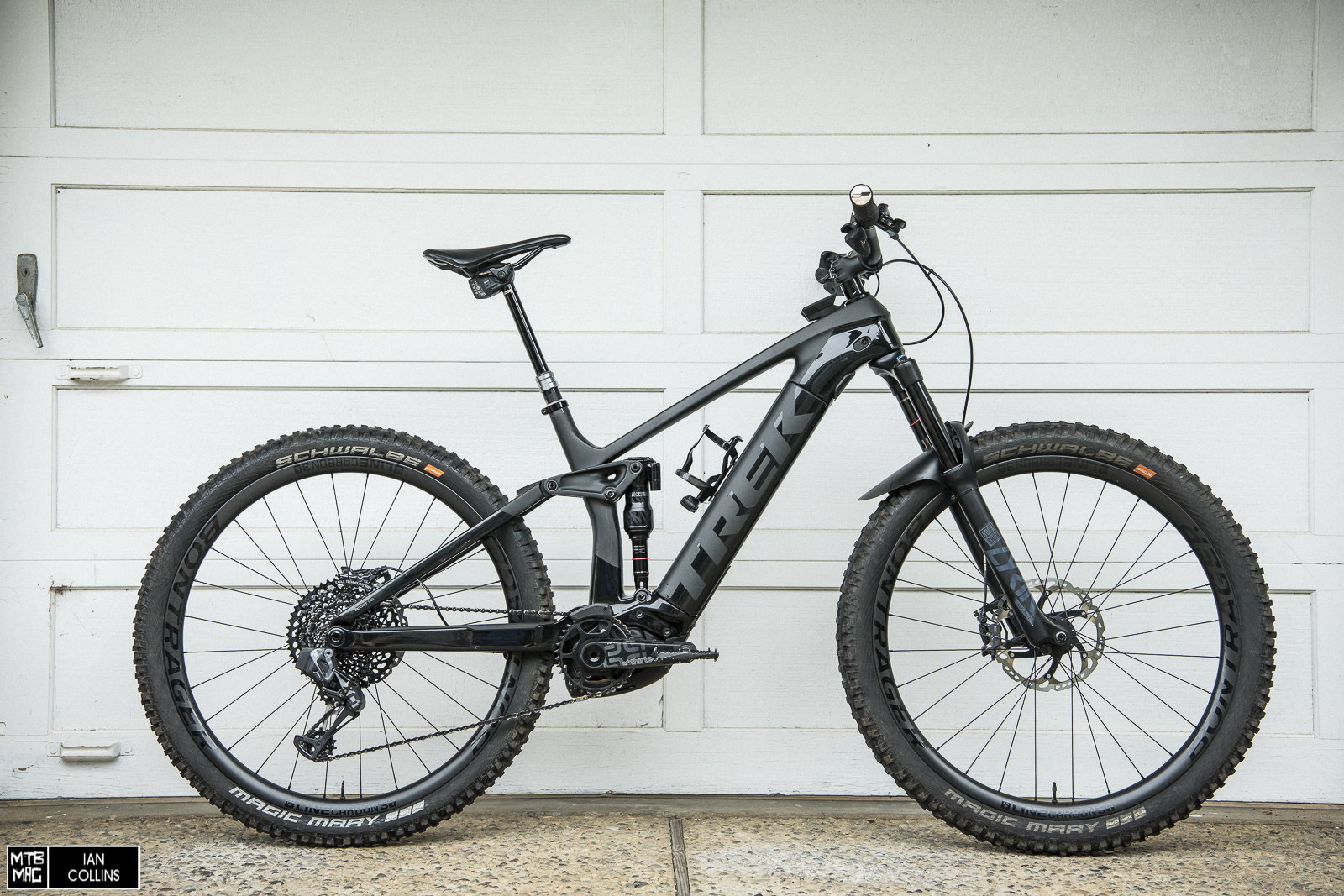 As a photographer, it was only so long that I could hold out until finally pulling the trigger and getting an e-bike. When I looked around, most of the brands’ bikes weren’t really doing it for me when it came to geometry. I really like the Specialized Levos, but in the end I chose the Rail for its new school geometry (long reach, slack head angle, steep seat tube angle). Full SRAM AXS electronic shifting is dream come true on an e-bike – they already have enough cables! I put a RockShox MegNeg in the rear shock to get a bit more initial support and bottoming resistance. E-bikes tend to feel a bit wallowy with all of their chassis weight, but MegNeg was a huge help. I also threw a Push HC-97 in the Lyrik, which definitely helps take the edge off. When it comes to photo missions, digging missions and times where I only have an hour to ride, this thing has been a dream come true. 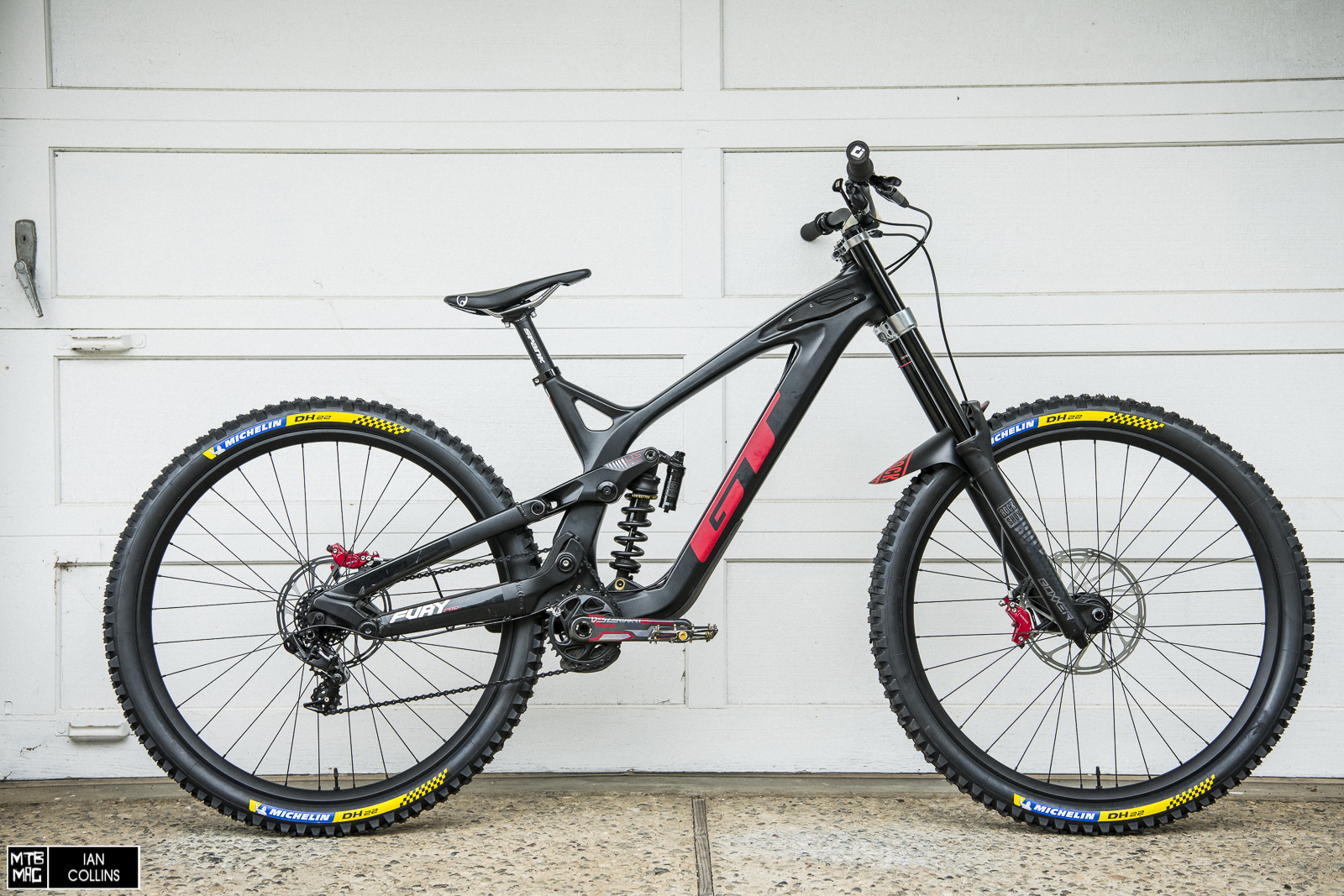 It took me some time to finally get used to the idea of a 29″ wheeled DH bike, and spending time testing the GT Fury made me a convert. Living in Santa Cruz, where there aren’t all that many downhill shuttle trails leaves my time on the Fury mostly limited to proper bike park riding. With 200mm travel front and rear and a high pivot with an idler, braking bumps simply disappear. I recently installed Michelin’s latest effort and can’t wait to try them now that it’s bike park season. I also ordered a +/- 1º headset, which I may use to experiment with this bike as a mullet, because why not? 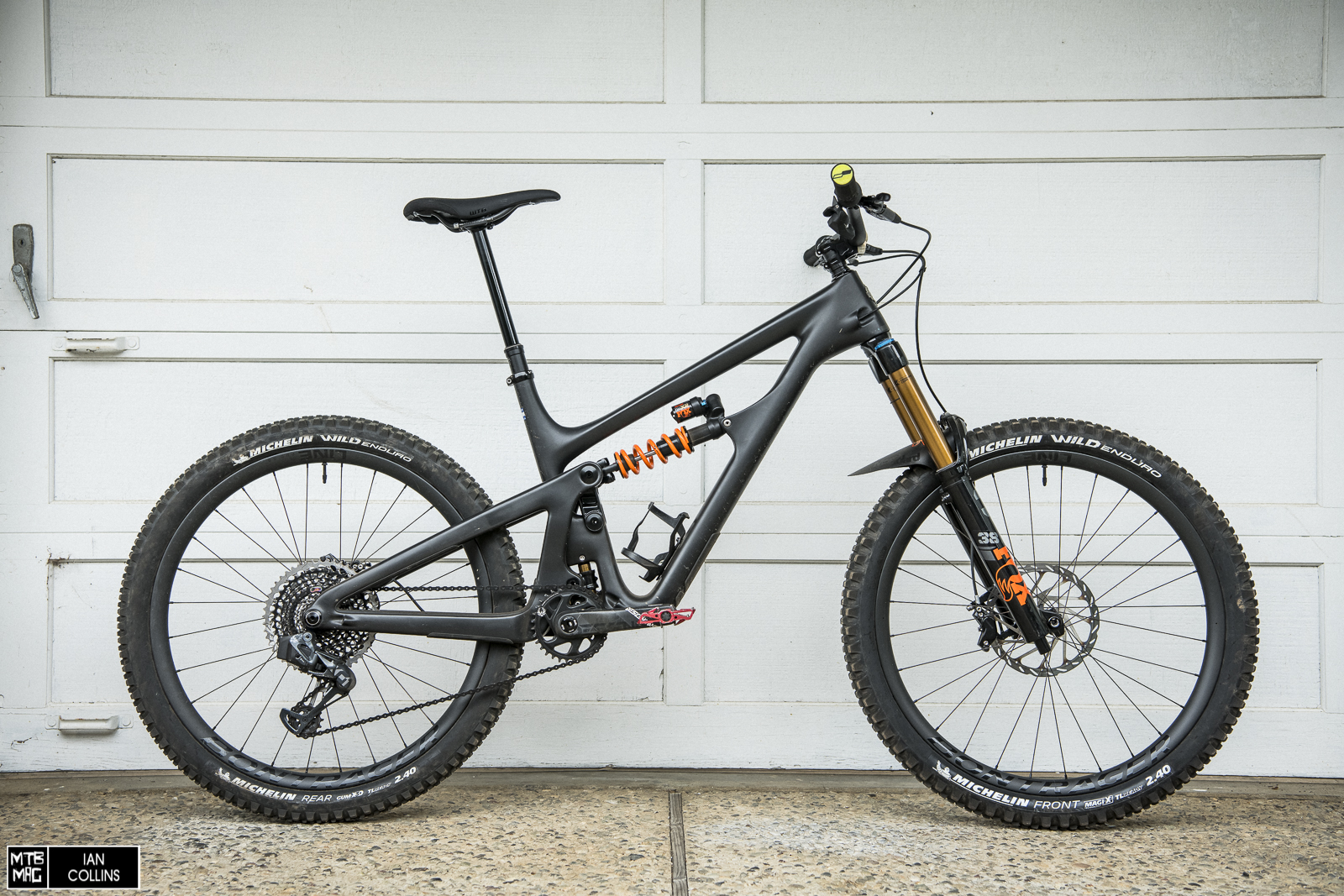 This was the first Yeti I’ve ever owned. While I’m mostly a 29″ convert at this point, after hearing a great deal of positive buzz about the SB-165 I convinced myself that I need to keep a 27.5″ bike around “for testing purposes”.  Truly radical geometry makes the SB-165 a freeride bike that climbs. For how much you can throw at this bike, it’s stunning how well it motors back up the hill – it’s freakishly playful as well. At the moment I’m testing FOX’s 2021 products on this mean little toy. 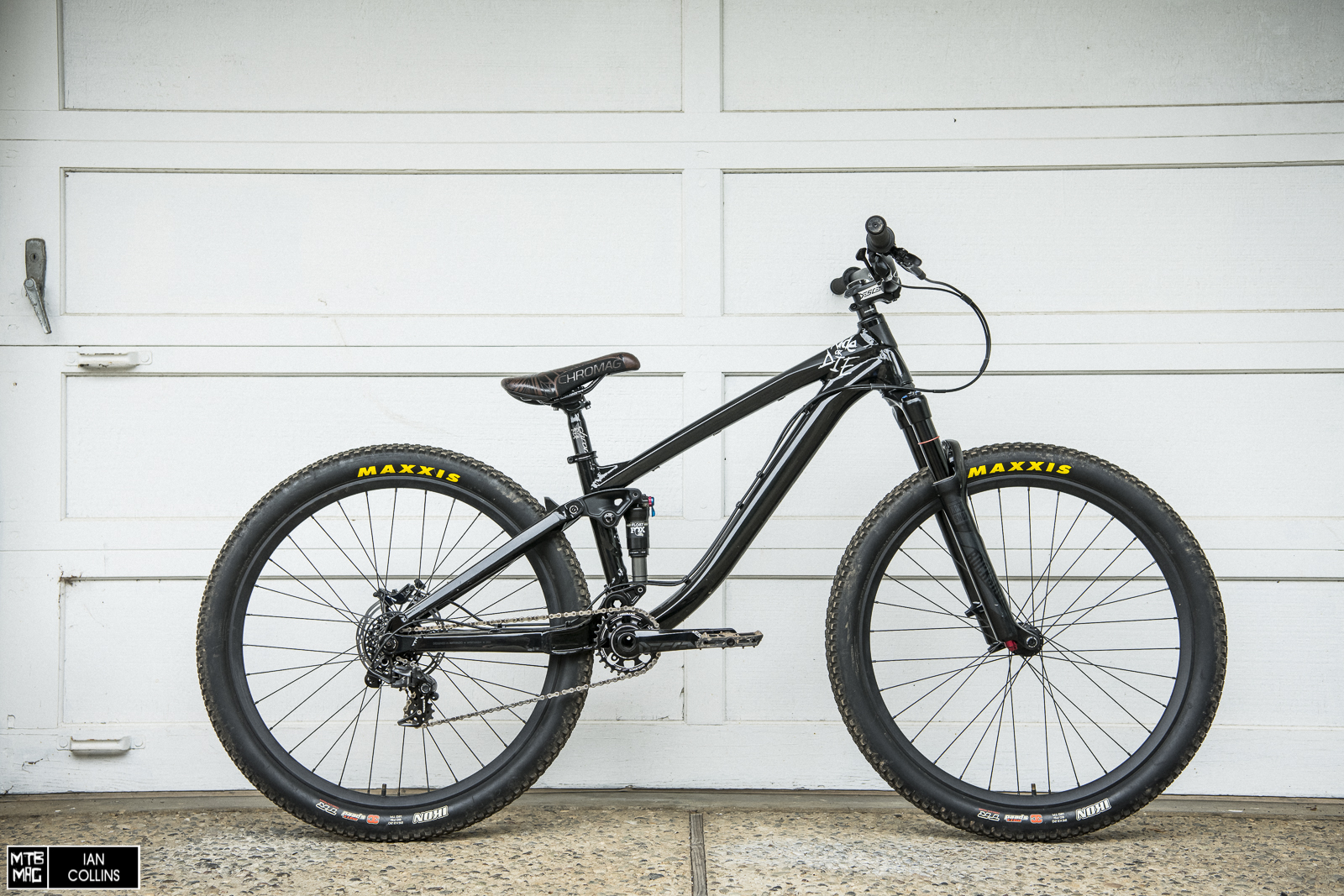 I absolutely suck at jumping, but that’s no reason not to keep a bike like this around. I refuse to call it a slope bike because I wouldn’t go anywhere near any sort of slopestyle features with it. That said, this bike has been really fun for pump track sessions and working on getting less bad at jumping. Getting on a small 26″ wheeled bike definitely helps hone your skills and make you a better all around ride. I feel spoiled having such a nice bike of this sort, but a great deal of the parts just happened to find their way on here by chance. This article has been a good reminder that I should ride this thing more. 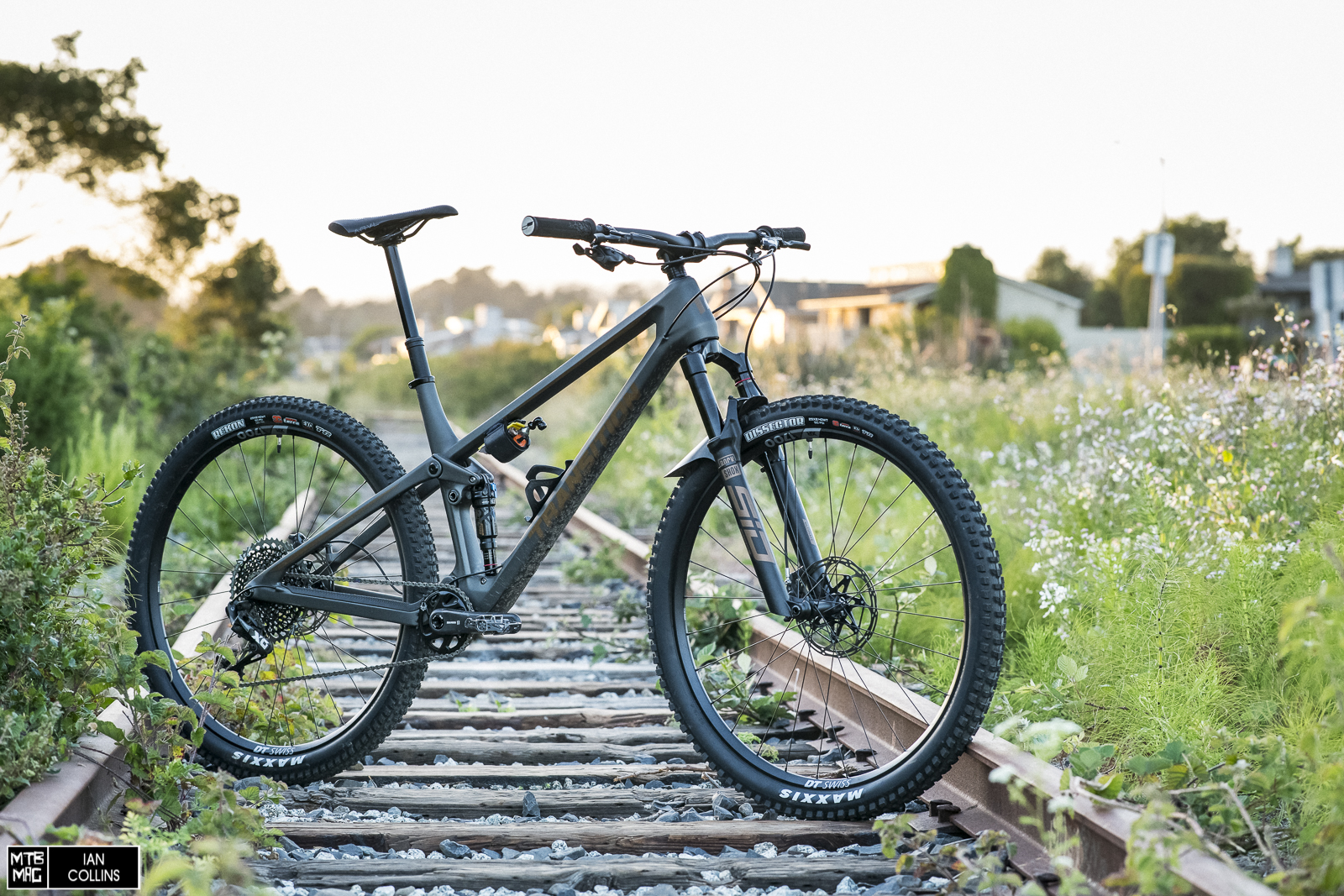 I’ve been spending some time on a new bike model from Transition lately – the Spur. At the moment, it’s the only light duty bike in my stable and I’ve had limited time on it. I’m pretty floored by it so far, but I’m undecided on whether or not I’ll keep it. For me, Summer means long rides early in the morning or late in the evening and this has been the perfect bike for that. It’s freakishly light, super capable and with a penchant for air time, it’s really fun to ride for an “XC” bike.

Thanks for taking a look at my whips!