After the success of our big enduro comparative test, that received more than 200.000 views, we decided to focus our attention on a bike category that has become increasingly popular during the last few years: trail bikes with travel ranging from 120-140mm. These are the bikes most people get along with : they can be used for the lunch ride as well as for the epic alpine tour during summertime. If you are not racing but you simply enjoy riding all kinds of terrain, this review is for you.

We divided this comparative in two groups: 27.5″ and 29″ wheels (with one 27.5+), in order to be able to get as deep as possible in our evaluation. We had 7 testers, 4 days of riding and plenty of time to understand each bike. The 29er review will be published a few days after this article.

Basically, the two groups differentiate from each other by the more agile handling of the 27.5 bikes, the better traction of the 29ers and the higher weight of the complete 29″ bikes. Their “spirit” and intended usage is exactly the same: have fun on the trails, without fighting against a stopwatch.

The brands we requested bikes from sent us what they had on hand: we set no price limitation. Therefore, our review focuses on the bike’s frame and handling characteristics more than on the specs. Basically we had one rule: imagine that we’re a customer who buys a trail bike to get in the saddle and hit his favourite trail, without having to pimp his ride.

We use 6 parameters for our review, which you can find in the table at the bottom of the article. The most important  is the “Allround features”: this parameter indicates how good a bike is in handling uphills AND downhills. The perfect trail bike stands exactly in the middle between an enduro and a XC race rig: it climbs well, and it descends well. An allrounder.

Every parameter has been weighted for its importance in the trail segment (look at the enduro comparative to check the different importance of each factor) and multiplied by each tester’s score. For the complete rankings, scroll down.

As far as the quality of the frame, with this we parameter take into account water bottle cage mount, the cable routing, the fit of brake levers/shifters/dropper post remote on the bar, and some special features like Specialized’s SWAT system. For this reason, our 10/10 note goes to the brand from Morgan Hill, and we start from that unrivalled feature. Between all the bikes we tested, the Habit is the one with the least amount of travel and the steepest head angle (68°), therefore it has a rather “racey” nature. No, it’s not  a cross country bike, but it’s a really good climber that needs quite a few skills to be ridden fast downhill, because on the techy stuff it gets nervous and harder to control than other bikes in the testing group. Perfect if your riding terrain has a lot of flowy trails.

The Lefty is as stiff and precise as it gets, and it’s very progressive towards the end of the travel, keeping some in the tank for the scary situations. 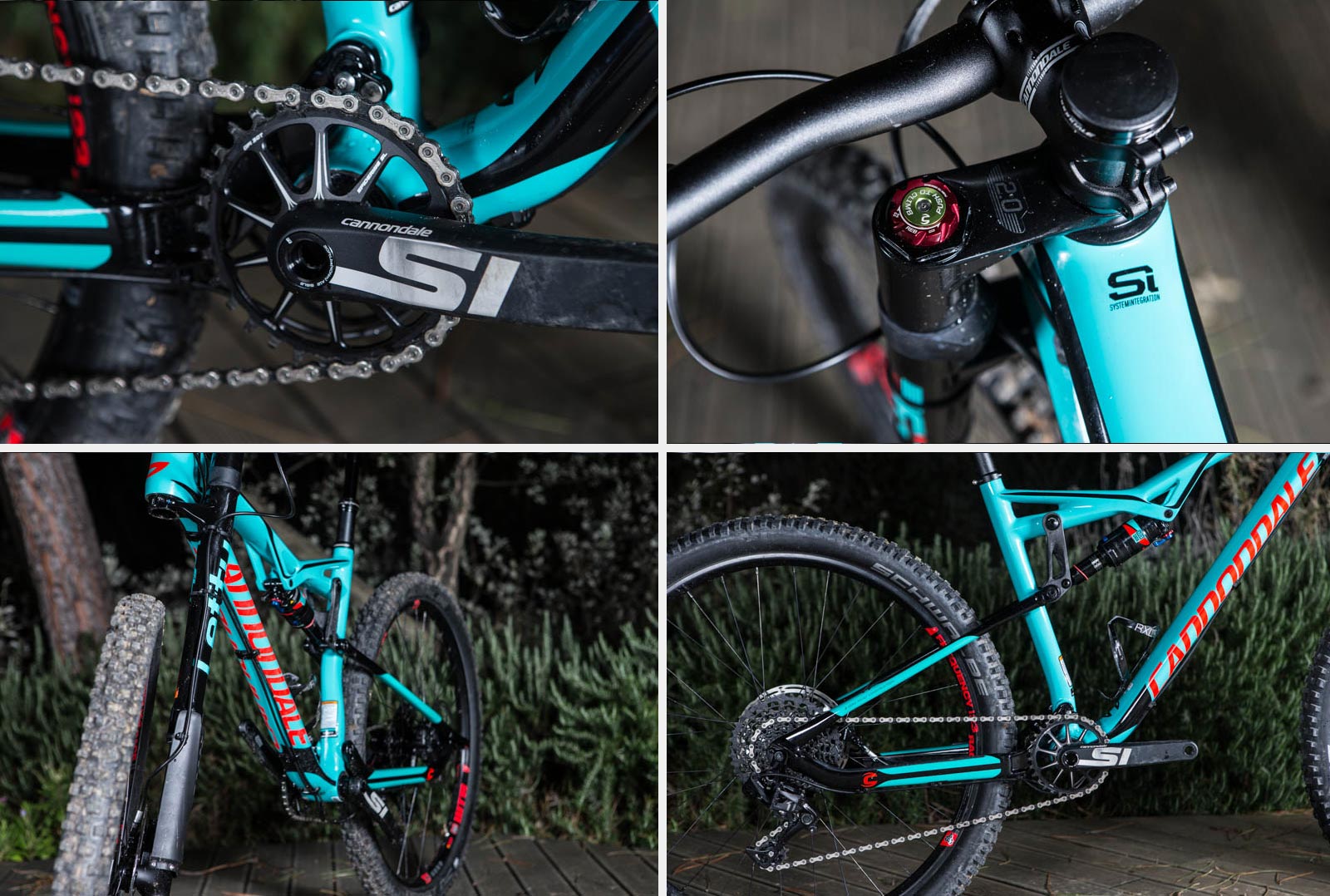 Out of the box, ready for the trail. That’s the first thought that all testers confirmed the first time they threw a leg over the Spectral. And because Canyon follows a consumer direct model, the box is the only way the customer can receive the bike, so we had also a look on how easy the set up is:

The German brand nails the “trail” aspect of this bike: it climbs and descends equally well, due especially to an amazing riding position, very central on the bike. On the uphills the Shimano 2×11 drivetrain with a 11-42 cassette and 26-36 crowns helps a lot in the long and steep sections of the trails, and this is quite beneficial those riders who are not quite as fit.
That said, the chainguide creates friction when pedaling, and it doesn’t look particularly good on a trail bike. 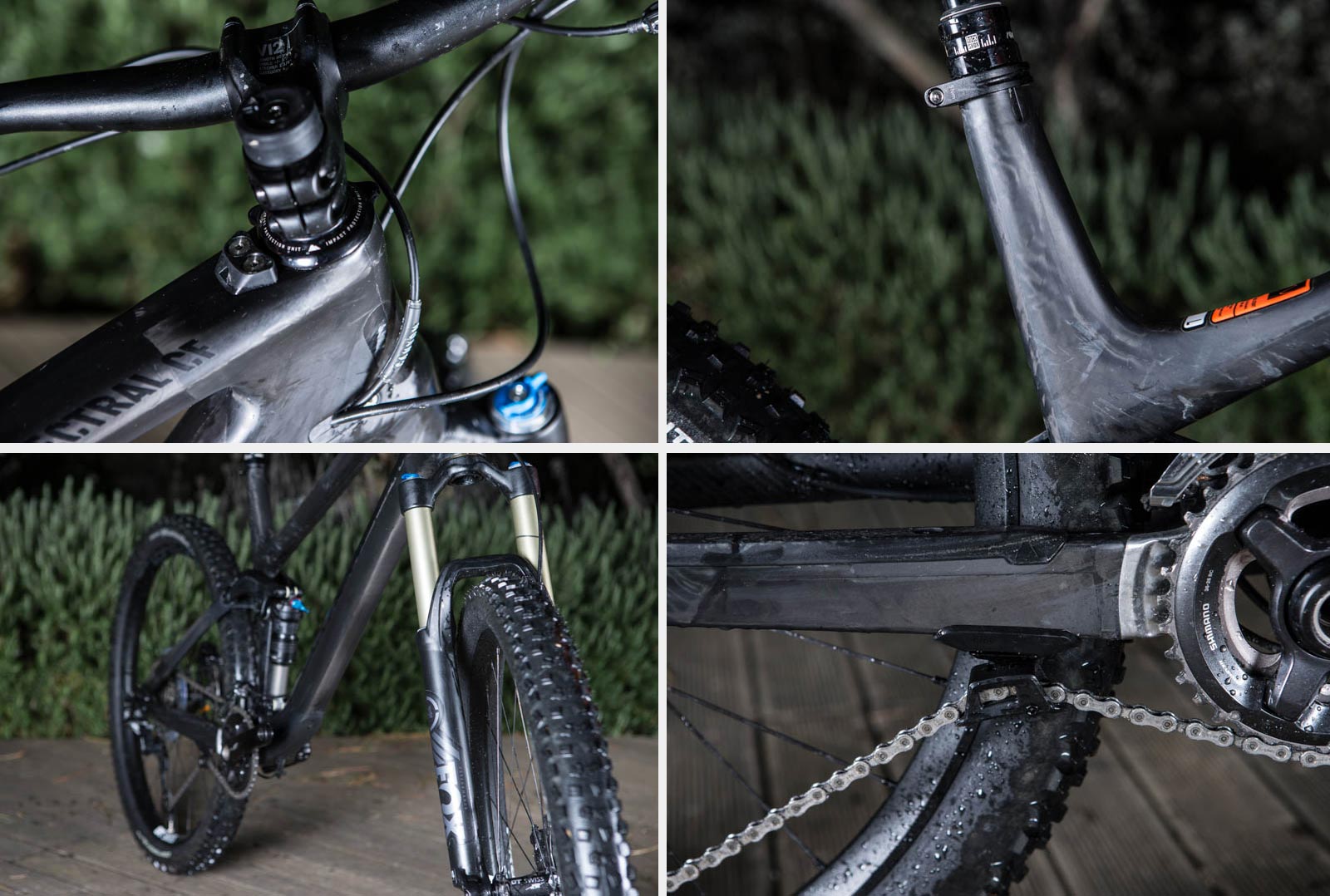 What we definitely didn’t like on the Spectral was the messy handlebar, due to the mix between Shimano and SRAM commands. We could fit the Reverb remote only in two less than ideal positions: too far away from the grips (see photo below) so that we had to move the hand , or close to the grips but so inclined that our wrist ached every time we used the dropper post. 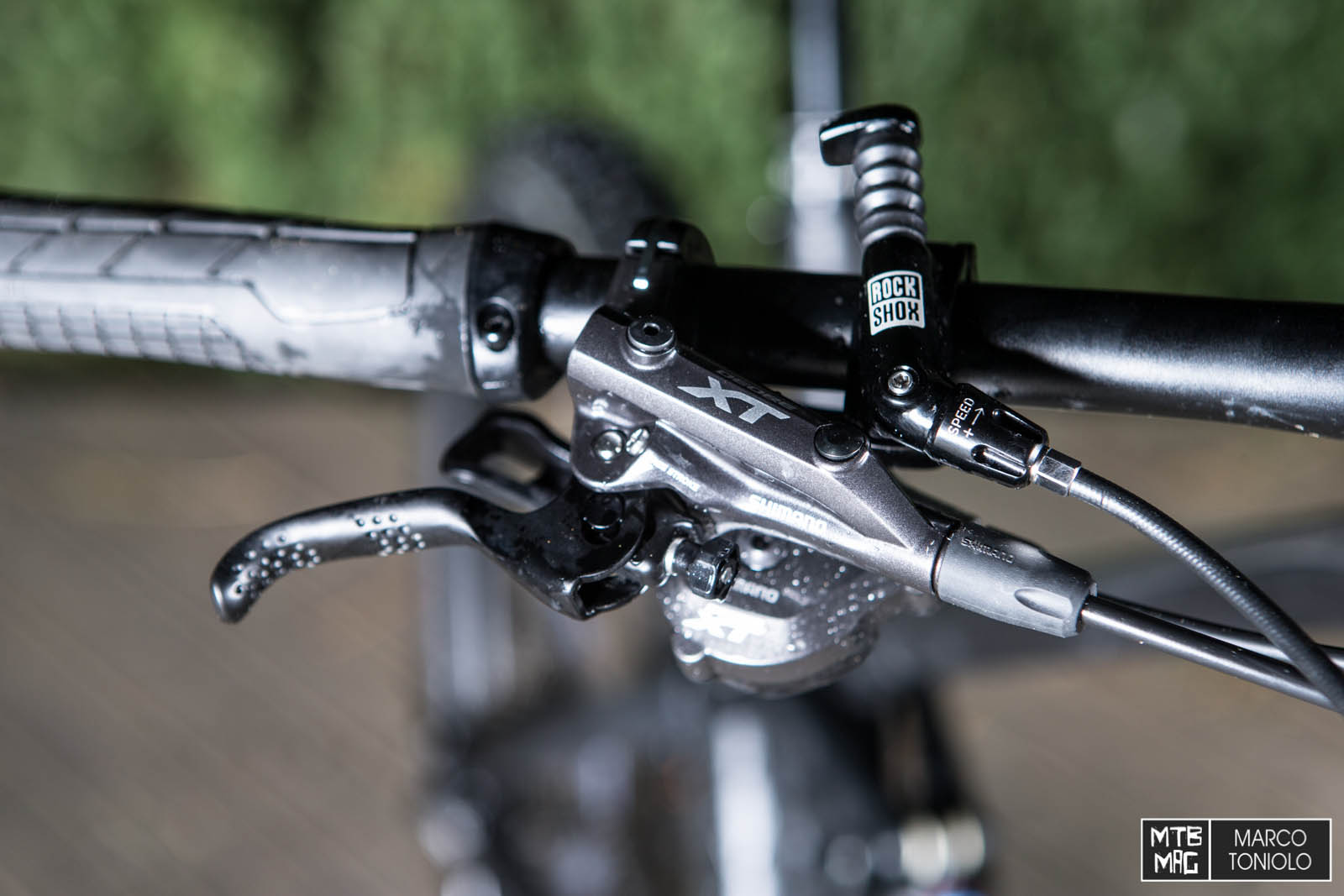 The second lightest bike of the group looked like it could score top points, but surprisingly finished last instead, for two reasons:
1) A long and narrow cockpit that causes odd steering. The handlebar is only 73cm wide, the stem has an 8° rise and is 70mm long. The riding position, despite the modern geometry, becomes kind of “old school.”
2) The rear suspension feels quite harsh: it lacks of support, working mostly in the last part of the travel. As a consequence, the rear wheel doesn’t stick to the ground and offers only limited traction. The bike feels nervous and hard to steer at speed. 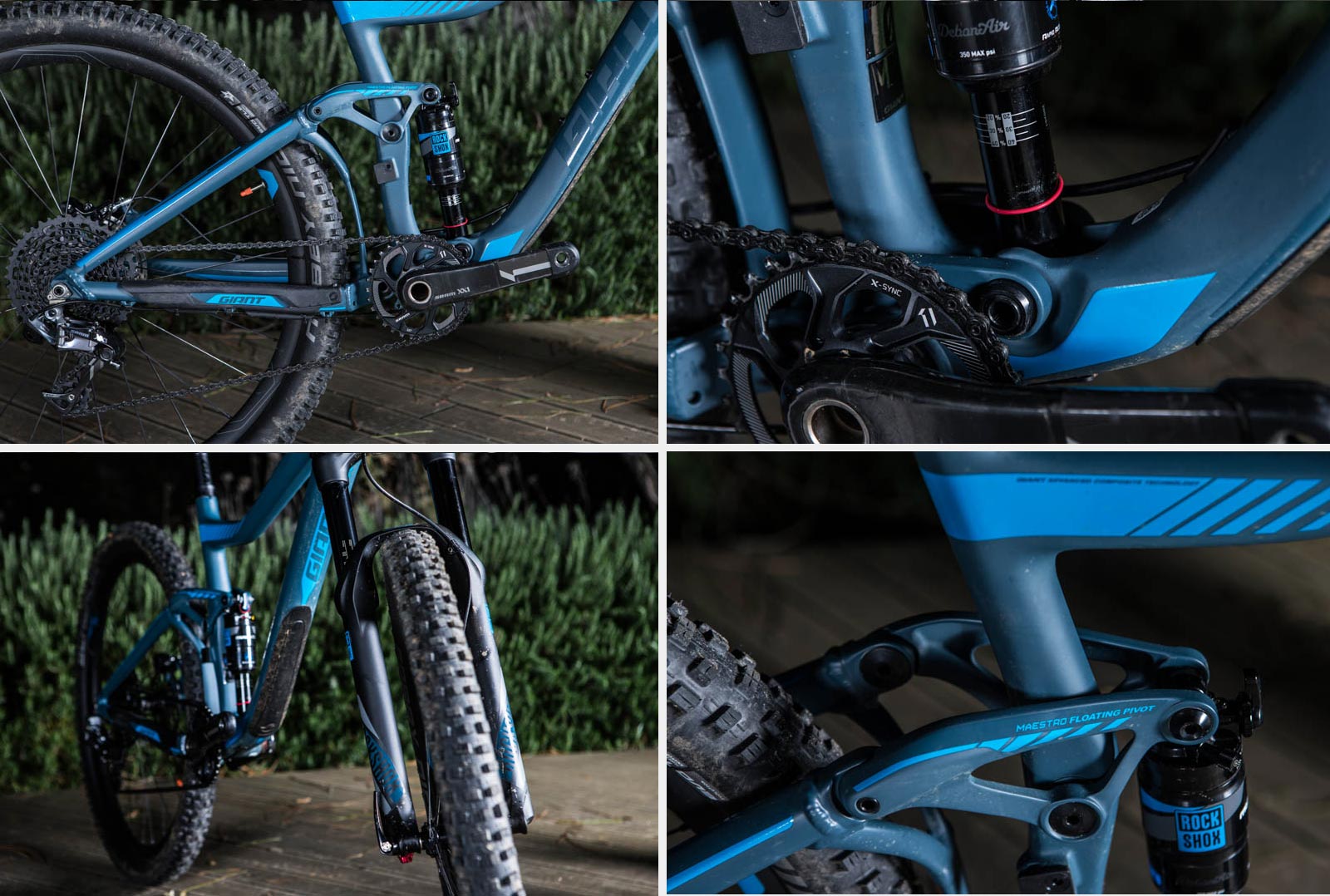 Here it is, the winner of our 27.5″ trail bikes comparative. We would like to point out that the Mojo 3 won on its regular 27.5″ wheels, further below you will find our review of the 27.5 + wheels.

The DW Link suspension system works really well, delivering tons of traction that make this bike a real good climber, given also the central riding position. On the downhills the testers wrote these keywords: “agile, stable, stiff, very fast in the direction changes”.   Its spry nature is likely attributed to its super short 425mm chainstays; the shortest in test.  We felt the 741 rims were a bit too wide for a trail bike, and if you don’t plan to use the Mojo as a 27.5+, you may want to consider other wheels that don’t square up the tires so much. A rounded tire is easier to control. 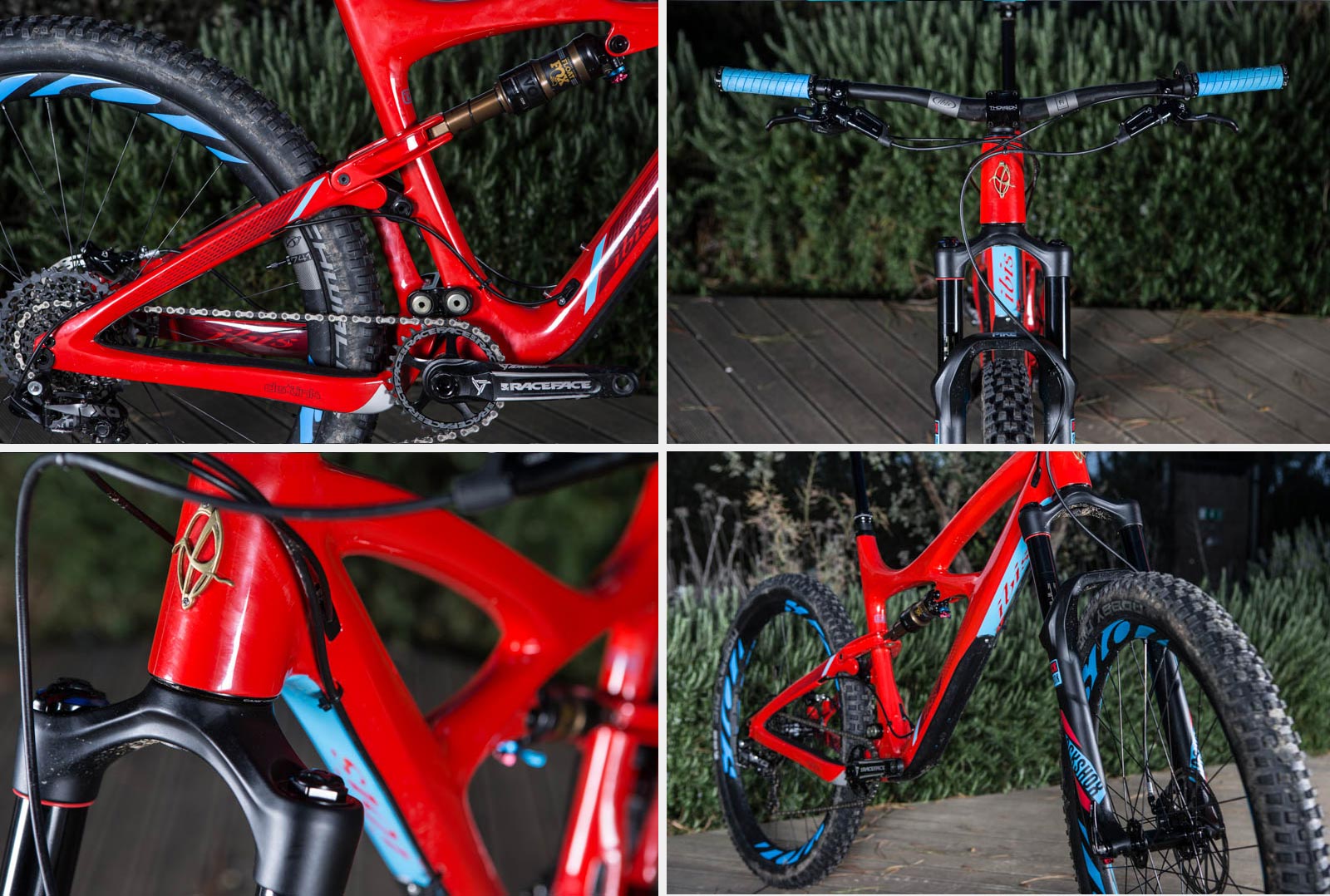 The Ibis Mojo 3 can be transformed in a 27.5+ easily, by simply changing the tires. Our mechanic set up the bike and gave it to Enduro pro Sottocornola. These are his thoughts.

We can define it as a bike “to ride slowly”. It rides really well in steep sections at low speed. The bigger tires with a pressure of 0.9/1.0 bar climb over obstacles easily and dampen vibrations more than normal tires, but at speed it “pushes” (i.e. it feels like the beginning of a tire burping) when hitting a corner. Trail riding when pedaling becomes less agile.

On the Mojo 3 the tyre clearance is really minimal, so if you ride in muddy conditions the gap between the tire and the fork/frame can be filled quite easy, risking rubbing the wheels or scratching the paint.

It’s a bike for riders that are not looking for all out high performance on a bike, but rather for a safe mellow ride out in nature. 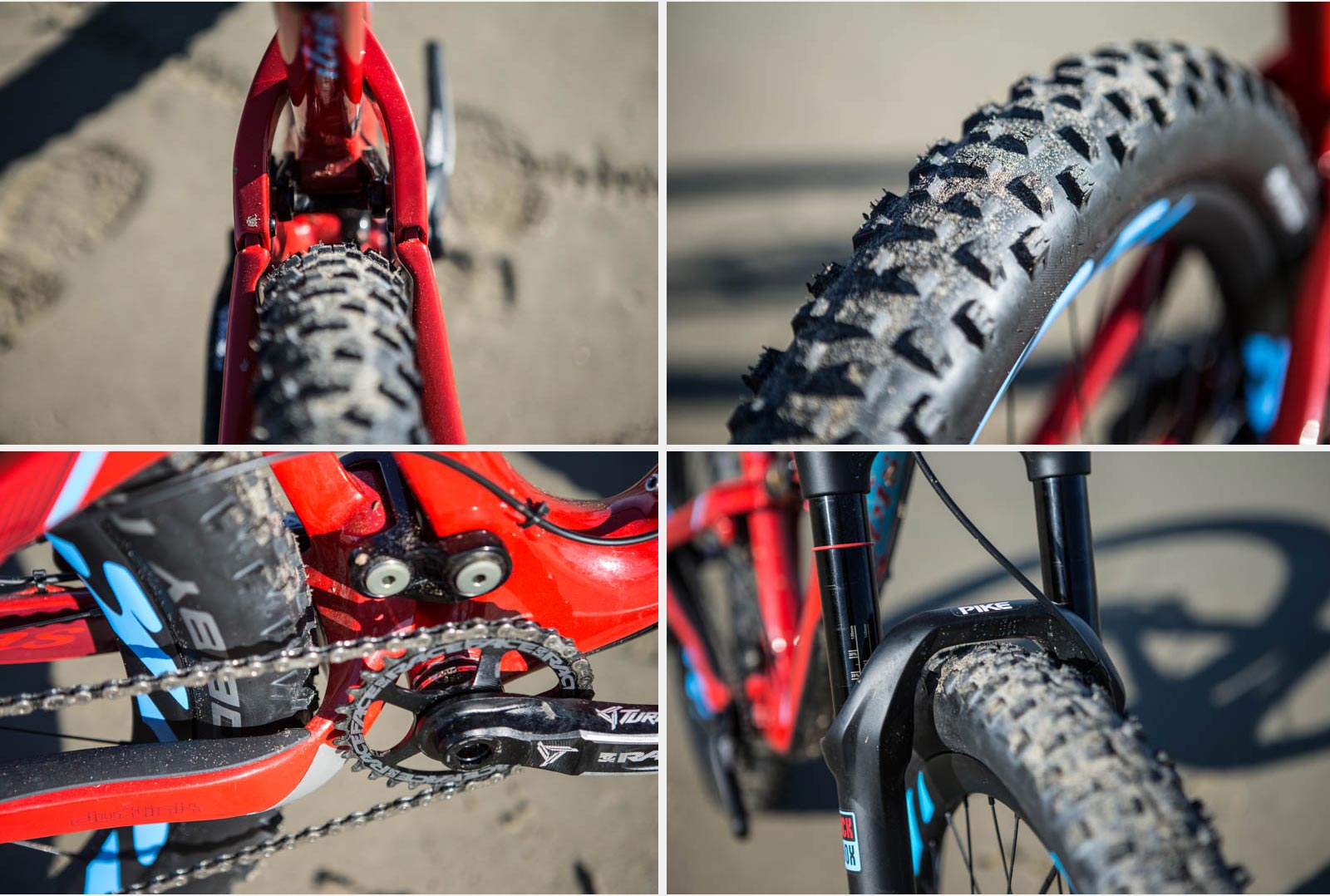 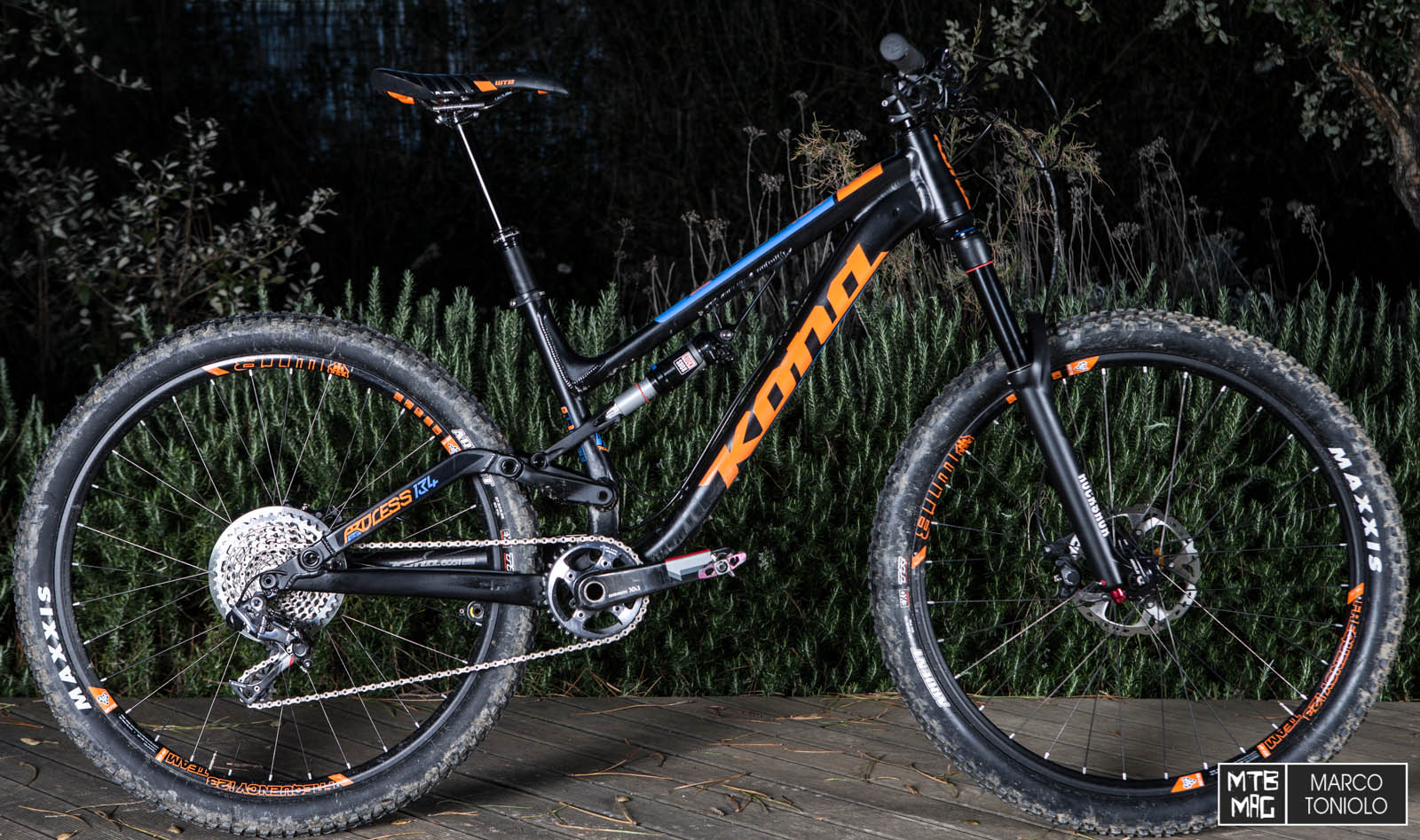 A spot-on geometry and position on the saddle hasn’t been enough to get the Kona Process higher in the ranking. The RS Monarch shock you see in the photo is not the one in the specs, but an older one that makes the rear suspension way too harsh, the traction is less than ideal. Kona is aware of the mistake and will provide us with a new shock for a separate review.

This is the only bike of the group without a logically placed bottle cage mount, due to a questionable cable routing on the top of the down tube. The mount is on its bottom, in a position that gets the dirt from the front wheel; not to mention that its quite hard to reach when riding. 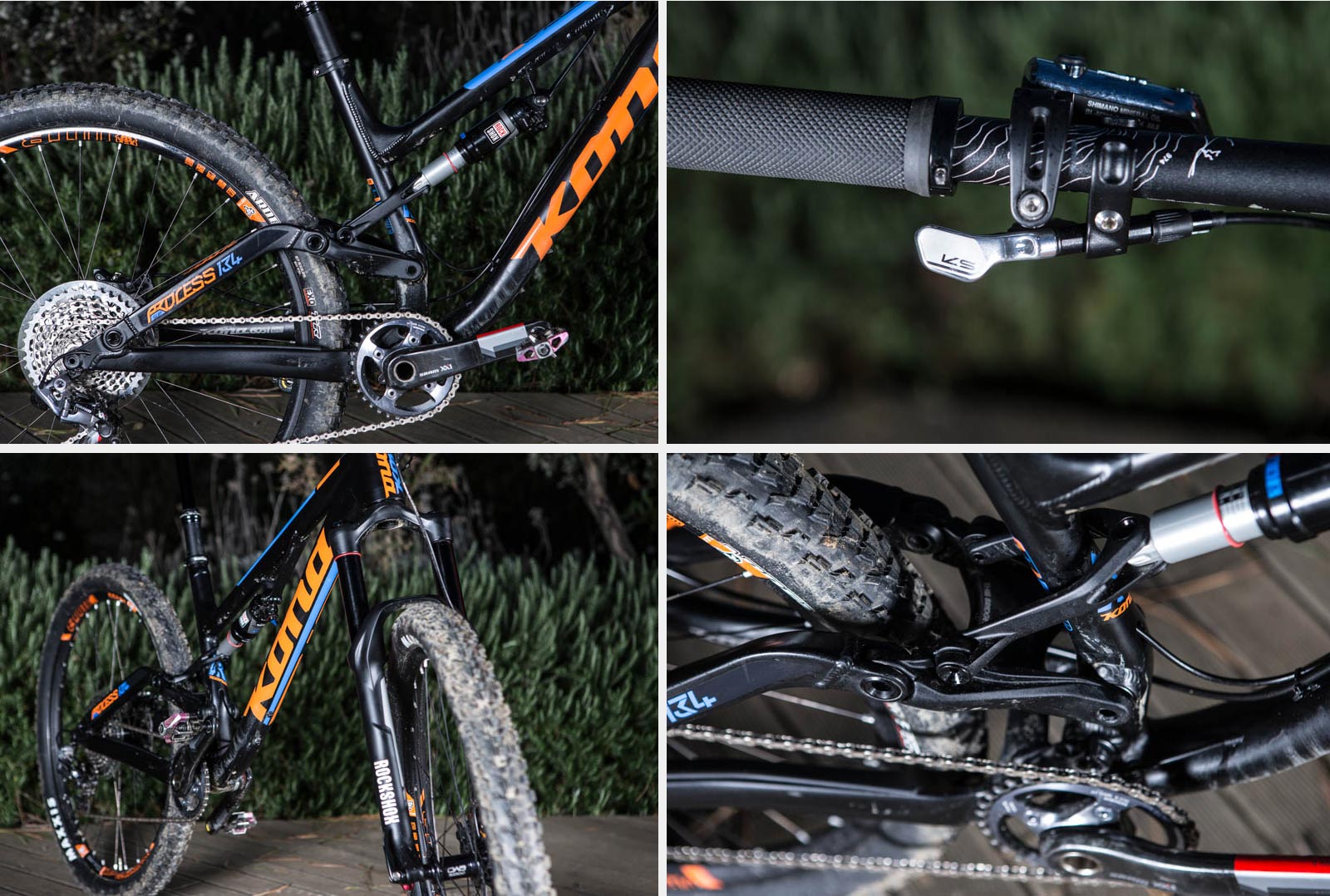 Just like the Range, we loved the Norco Sight. It’s very agile and reactive, easy to turn because of its short chainstays and overall geometry. It’s the heaviest bike of the group, mainly due to the massive tires, especially the Magic Mary on front, but it still climbs very well with rear suspension that offers loads of traction. It’s well balanced between uphill and downhill, and would be an even better allrounder with lighter and faster tires. The frame is top notch and packed with logical details and features. It’s easy to notice the second bike in the ranking because of its lightweight (11.09 kg only), attractive lines, and full carbon frame & wheels. It accelerates like a cross country bike, and its rear triangle really reminds us of one, with its missing rear link. Don’t take that the wrong way: the position on the saddle is comfortable for long rides, and the bike is intuitive despite its high overall stiffness.

The rear suspension works really well, with a good compression curve, very progressive towards the end of the travel. In the technical downhills, the bikes gets slightly nervous, less plush and stable than other bikes in this review. In the table below you can find the average of the single scores given by the testers, not yet multiplied by the “trail factors”. The final results (yellow) take the factors into account. The maximum score is 10.

You can find here the seven 29er trail bikes review. And, if you’d like to hit the trails we have been riding during the past week, remember that the Punta Ala Camping Resort will be open starting March 11th.

We would like to thank all the people who made this review possible: Thomas, Roberto, Maria Luisa and Davide from the Punta Ala Camping Resort, Davide and Alessandro from Bagnoli bike, and the brands that sent us the bikes.

[video] Getting to know Coronet Peak – with Fabien Cousinié