After yesterday’s first laps in timed practice on the Lourdes track, today the opening round of the 2022 UCI DH World Cup season gets underway with the qualifying round. The route is physically demanding with a succession of very technical sections covered with rocks that alternate with fast and flowy sections. Fortunately, the weather is cooperating, also because a storm brewing in the mountains at the end of March could heavily affect the temperature, which is why there has been a lot of controversy over the choice of the date so far in advance of the rest of the season. The season picks up where last year ended, with the domination of the young French riders who crowd the top of the standings, led by Loïc Bruni. His teammate Finn Iles follows him, the only “foreigner” to join the group of French in command. Third position for Amaury Pierron and to follow Daprela, Coulanges and Vergier.  Luca Shaw was the fastest American in 10th on his new ride with Canyoon. 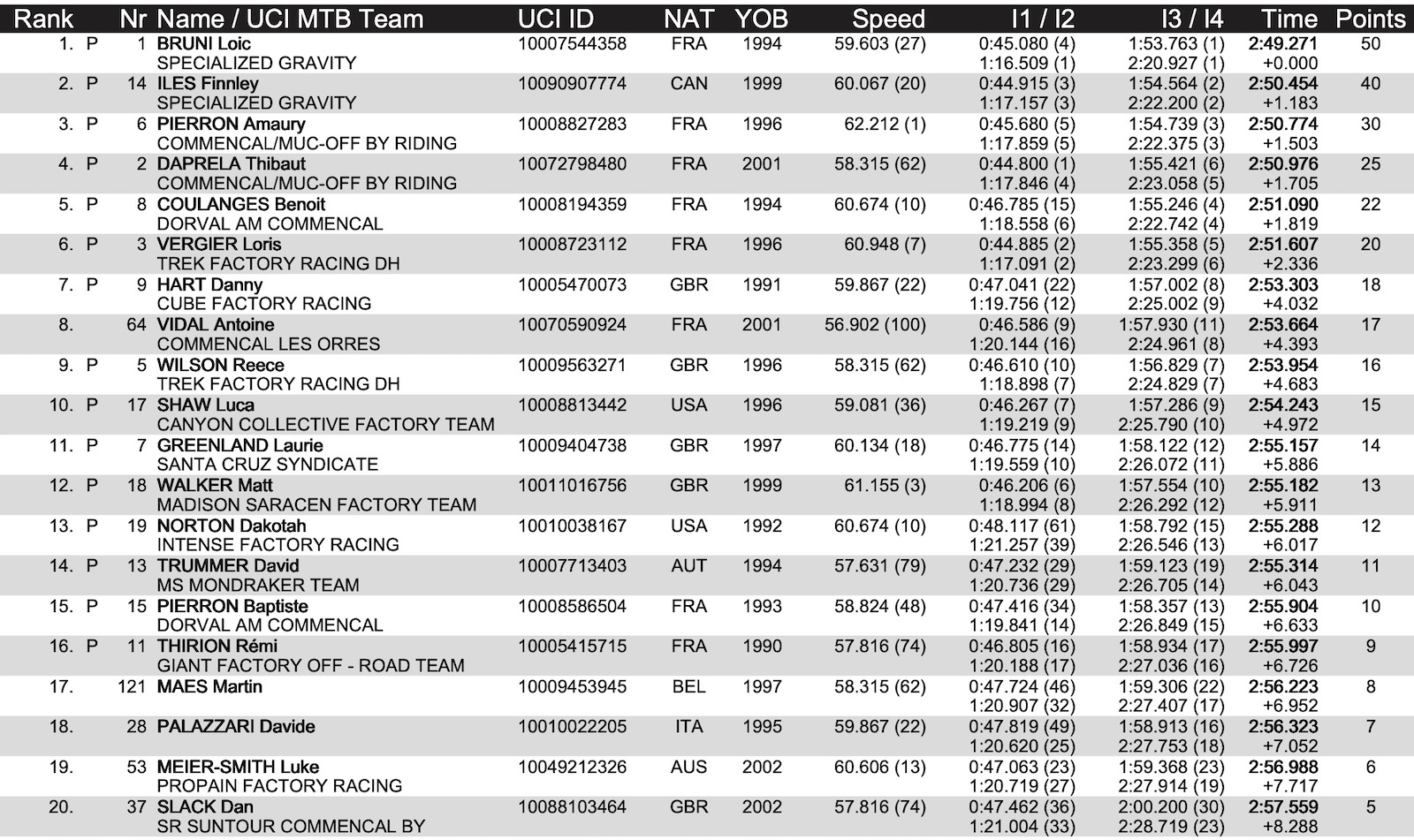 In the women’s field, Valentina Höll sets the quickest time ahead of Myriam Nicole and Tahnée Seagrave. Fourth position for Camille Balanche and fifth place for Eleonora Farina. 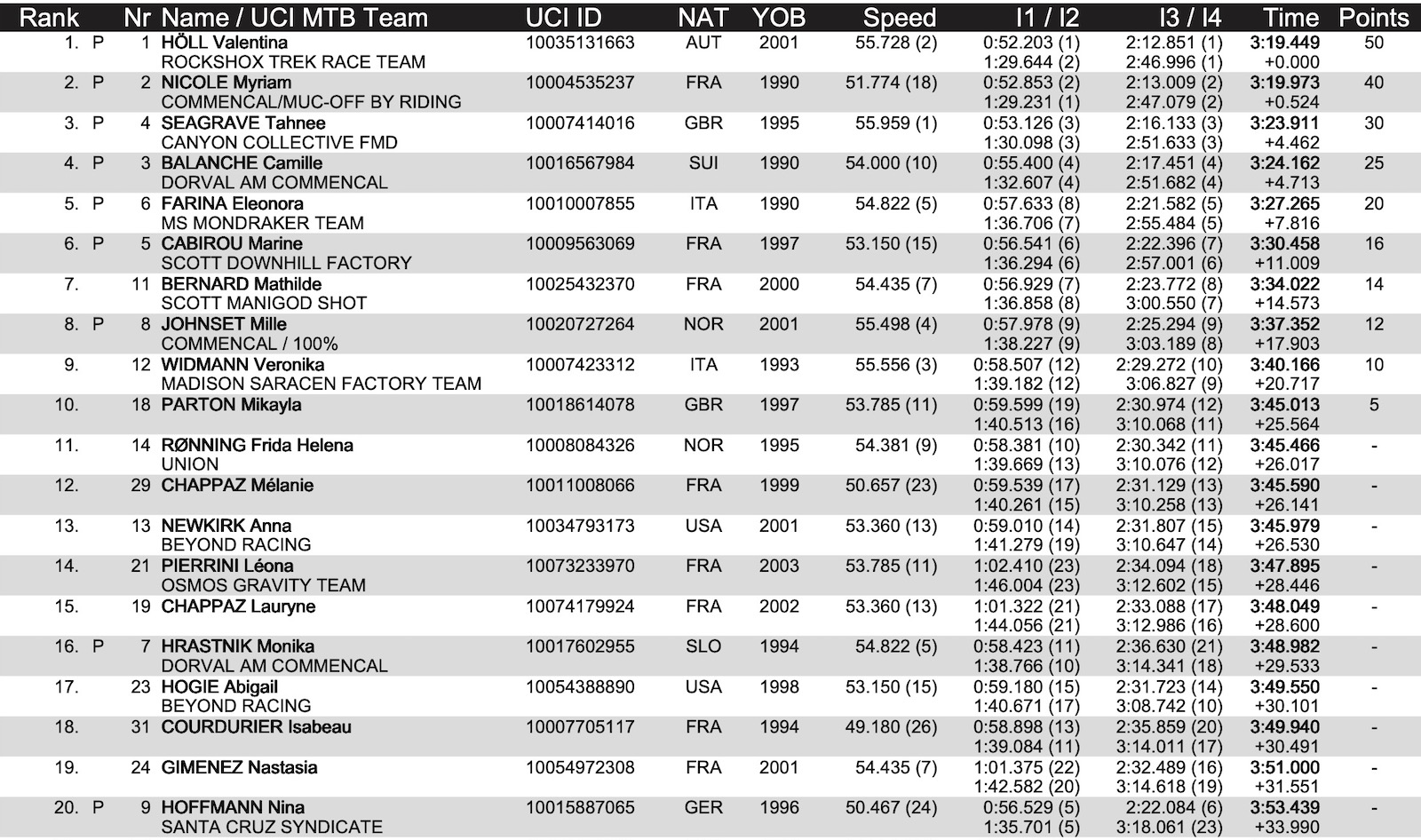 Among the Juniors, the world champion Jackson Goldstone sealed the best time, half a second ahead of Jordan Williams. The girls ranking is led by Phoebe Gale.