Les Gets, the famous French resort in the Portes du Soleil district, returns to host a UCI DH World Cup competition after a 15 years hiatus since its last spectacular World Cup event in 2004. For the occasion, an almost entirely new track was created – it is mostly fast, on open spaces and littered with jumps, and a couple of sections in the forest, one of which is particularly technical and demanding. On this track there is very much an old school vibe and in full alpine style it was the six athletes leading the circuit to take the first six positions in the qualifying heat. Amaury Pierron set the benchmark time for tomorrow’s final, followed by Loic Bruni and Troy Brosnan. 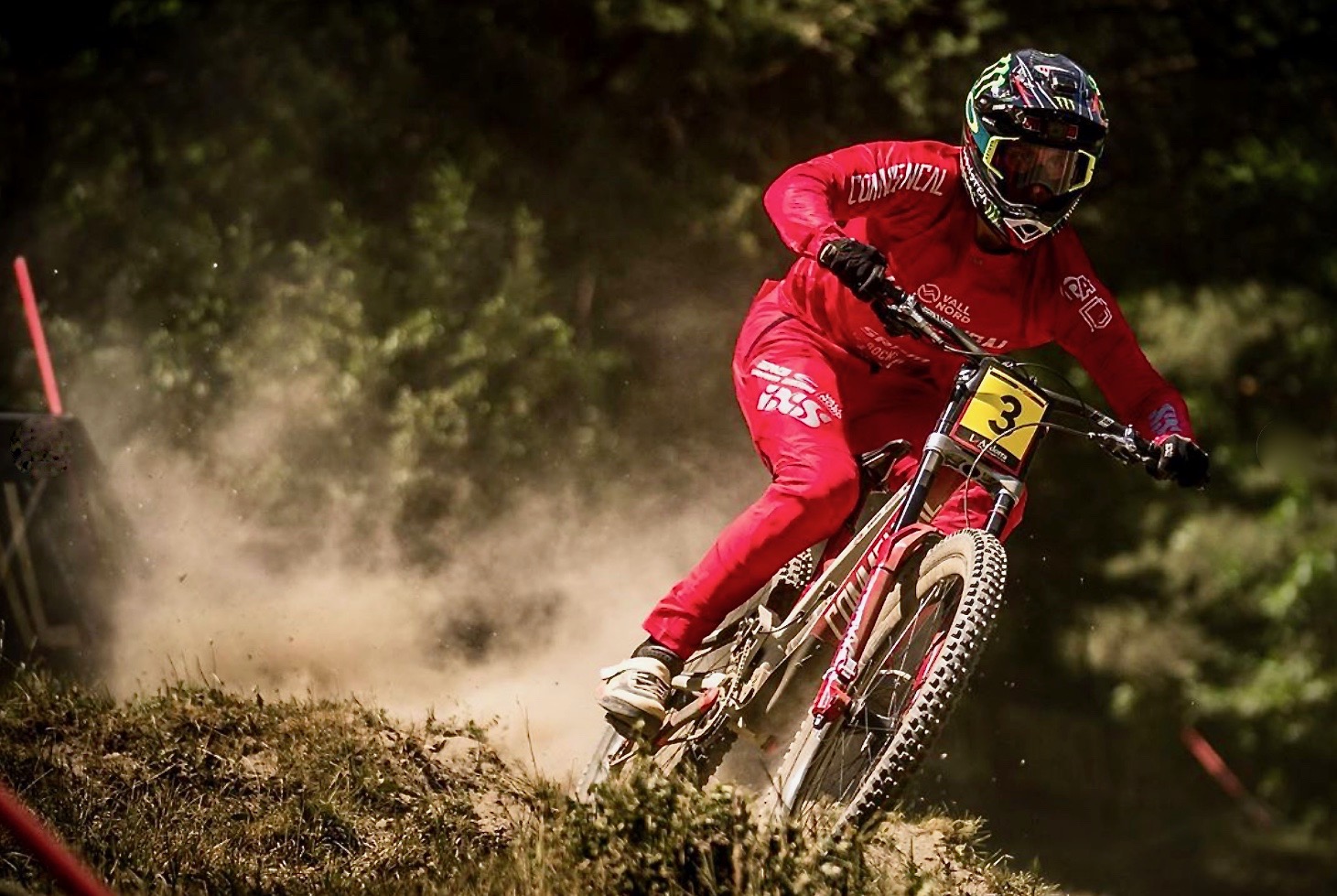 Training buddies Bernard Kerr and Connor Fearon had good results in 7th and 8th accordingly. Luca Shaw and Dak Norton held it down for Team USA in 12 and 13th. 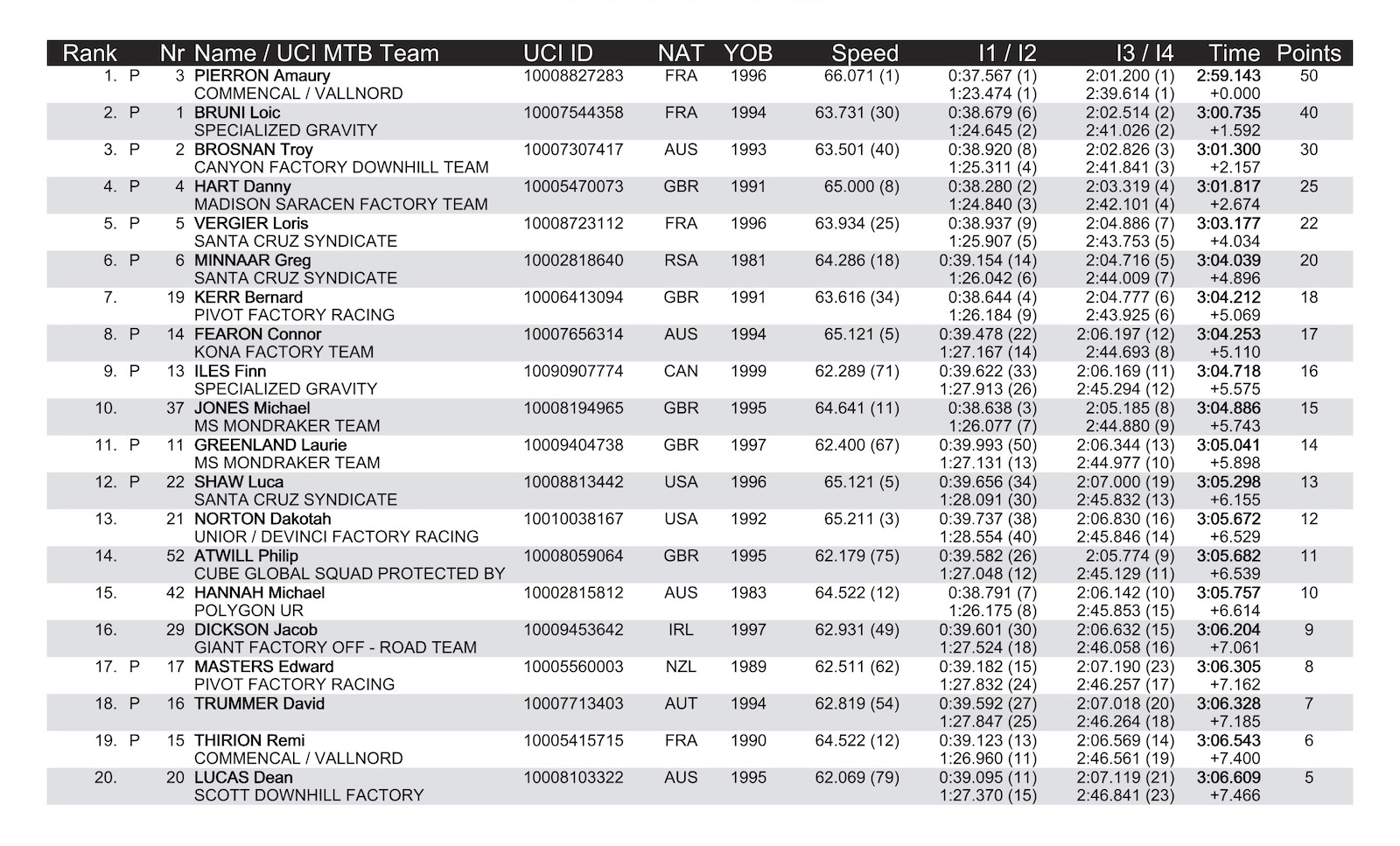 The female category has fallen victim to numerous important absences including Rachel Atherton injured yesterday and both Tahnée Seagrave and Miriam Nicole still in recovery phase from prior injuries. Therefore, Tracey Hannah did not have too many obstacles in getting the best time in qualifying. Marine Cabirou and Mariana Salazar follow her in second place on her return. 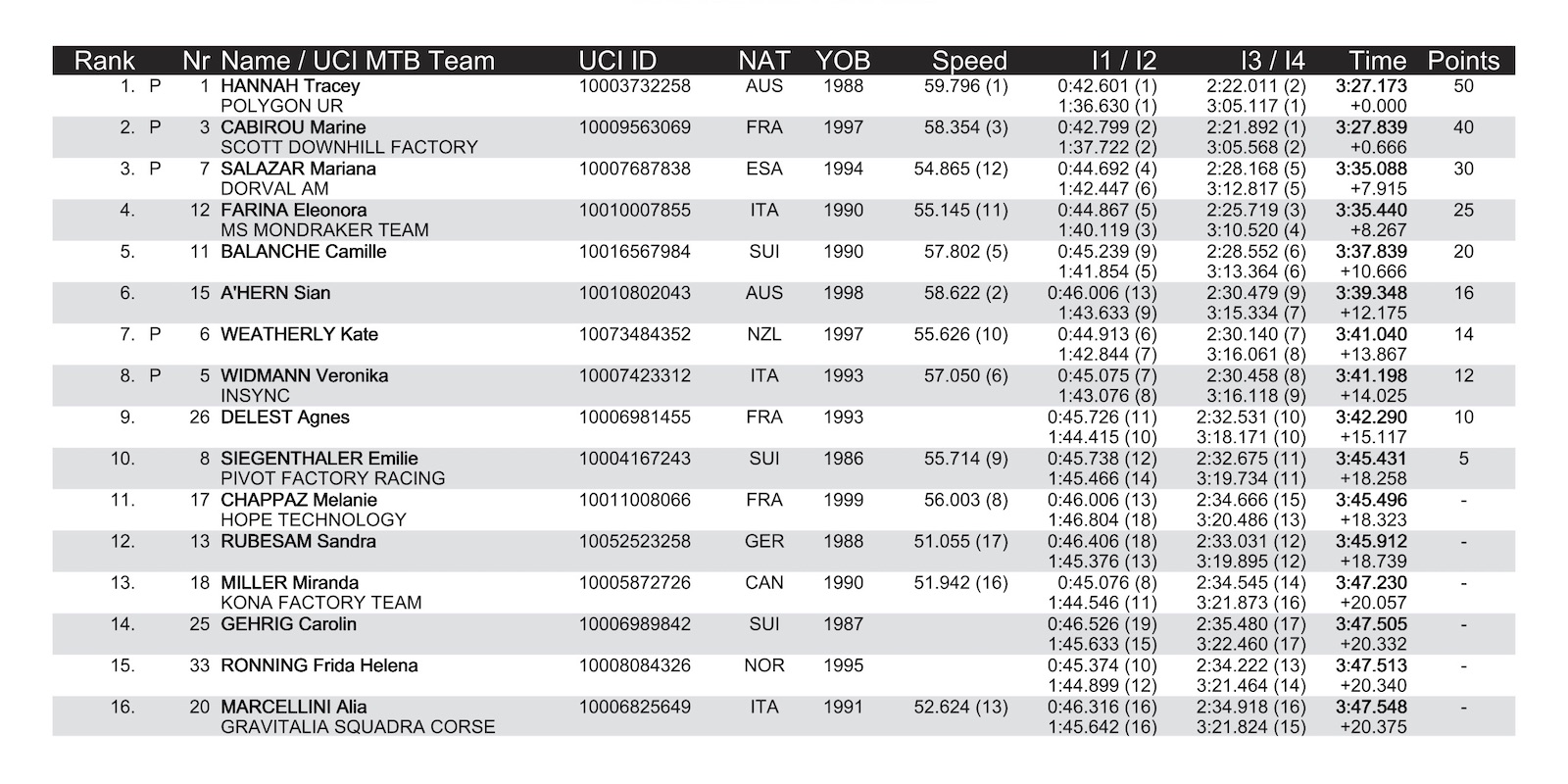 Thibaut Daprela continues his series of first places among the Junior category. Valentina Höll, continues to dominate chased by Anne Newkirk who is increasingly reducing the gap.

Tomorrow the final round will be played with on live stream via Red Bull TV.