The qualifying round that has just ended in Les Gets marked the official start of the second round of the UCI DH World Cup 2021. The track has been defined by all the athletes as one of the most complete, fun and demanding in recent years. Some traits are also putting the top riders in crisis mode and in fact the race is anything which will make the results of tomorrow’s final heat difficult to predict.

Loïc Bruni managed to land the winning run, placing himself at the top of the standings with a 6 tenths of a second advantage over an excellent run from Angel Suarez. Loris Vergier crossed the line in third position. Fourth position for Reece Wilson followed by compatriot Danny Hart. Troy Brosnan, the star of the first round in Leogang, did not finish his run as he ran off the track on his bike, so it is more likely that it was a problem with the bike than an injury (we will update you when we know more). 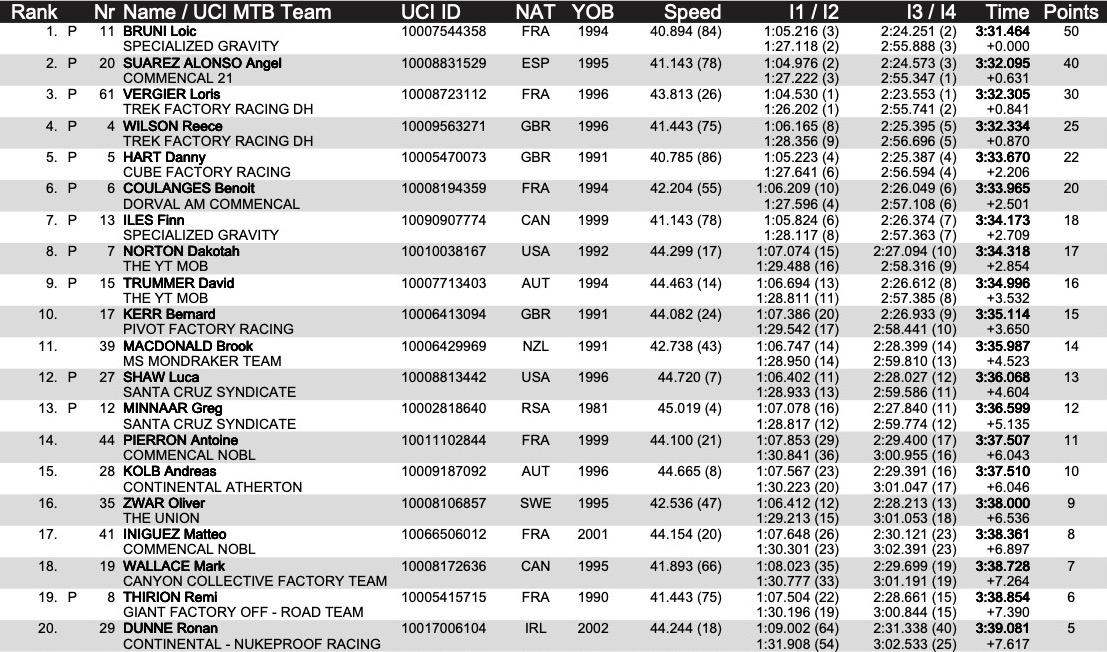 Myriam Nicole marks the time to beat in the women’s category with a clear gap of 7 and a half seconds on Valentina Höll. Third place for the winner of the inaugural stage of Leogang, Camille Balanche. Fourth position for Nina Hoffman, returning after a bad fall in Leogang. Very well Eleonora Farina who conquered the fifth position, while Veronika Widmann fell in the middle part of the track, finishing in 16th place. Marine Cabirou was injured yesterday from a crash on the massive road gap and therefore did not participate in the qualifying heats.

In the men’s Junior category the qualifying round is led by Jordan Williams, followed by Jackson Goldstone and Pau Menoyo Busquets, winner of round 1 in Leogang. The ranking of the female Junior category sees Phoebe Gale in the lead, Izabela Yankova in second position and Vicky Clavel in third place.