After a 6-week break since the last race in Les Gets, the UCI DH World Cup officially returns for round 3 in Maribor, on a track, that in the case of this version, has been defined by the athletes as one of the toughest in the circuit. Very bumpy and fast, it allows you to maintain a high pace and high average speeds, but the bottom is very tiring and therefore at those speeds you pay dearly for a mistake in terms of time and even more, if you fall, in terms of injuries. Many athletes who had to resort to medical care during the tests of recent days. 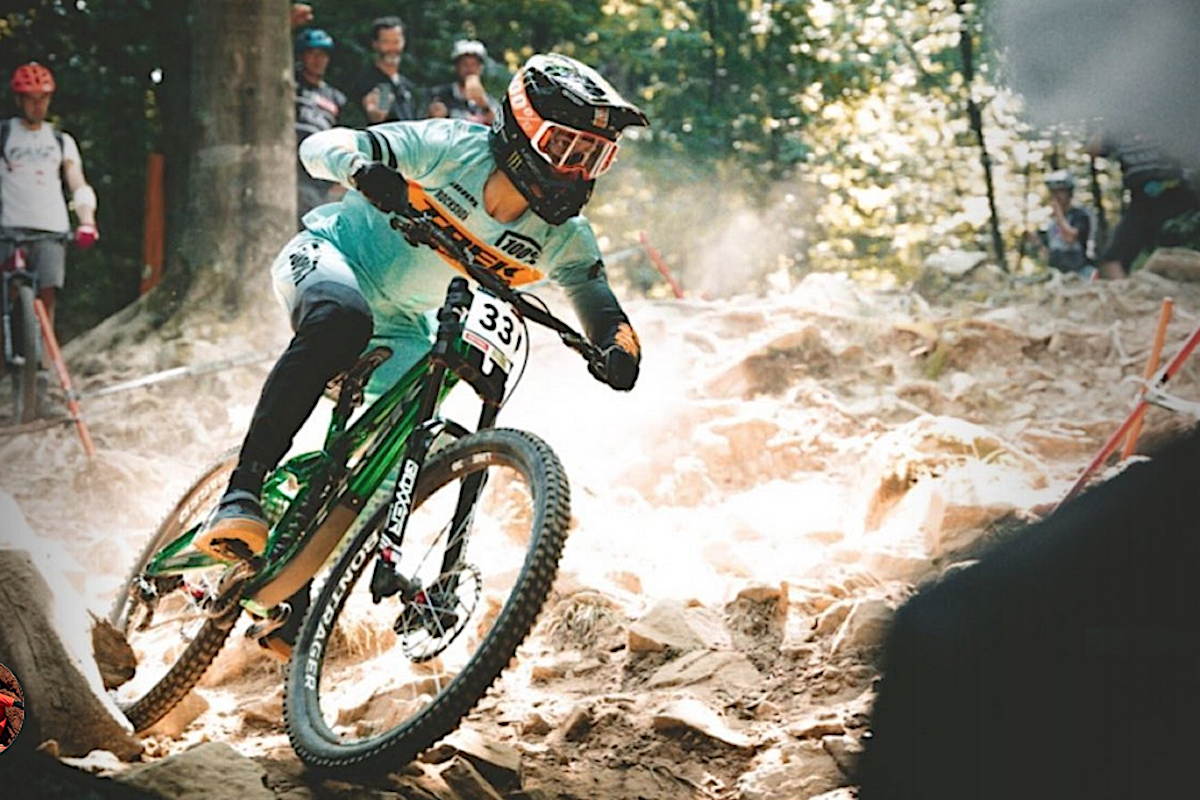 The qualifying race confirms the French leadership in yesterday’s timed practice, with Loris Vergier in command with current overall leader Thibaut Daprela just 3 tenths behind him. Third position, 3 seconds behind the French duo, was Laurie Greenland and immediately behind him the GOAT of DH Greg Minnaar. Fifth place for Matt Walker who precedes Hart, Brosnan and Bruni. Macdonald in 14th also did very well. Luca Shaw was the fastest American, with Dak Norton missing out due to a positive Covid test. 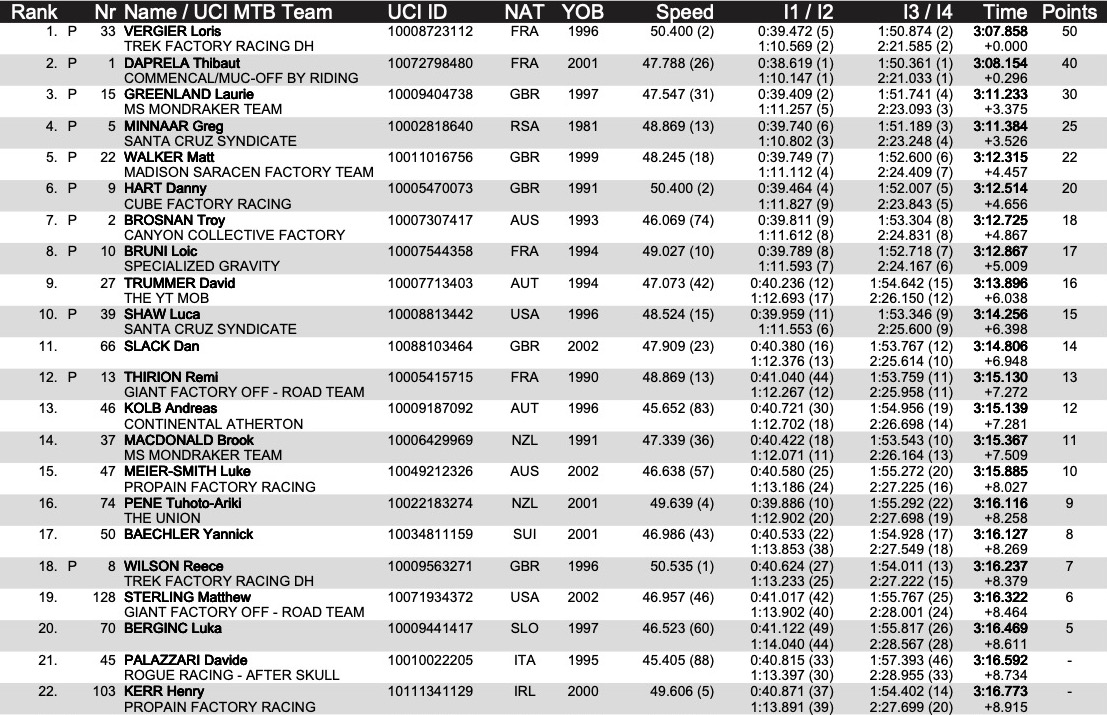 In the women’s field, Valentina Höll prevails, 2 seconds and 7 tenths faster than Myriam Nicole. Third position for the world champion and current overall leader Camille Balanche, followed in fourth position by Eleonora Farina just a few tenths of a second behind. 13th place for Veronika Widmann and 18th for Lisa Gava. 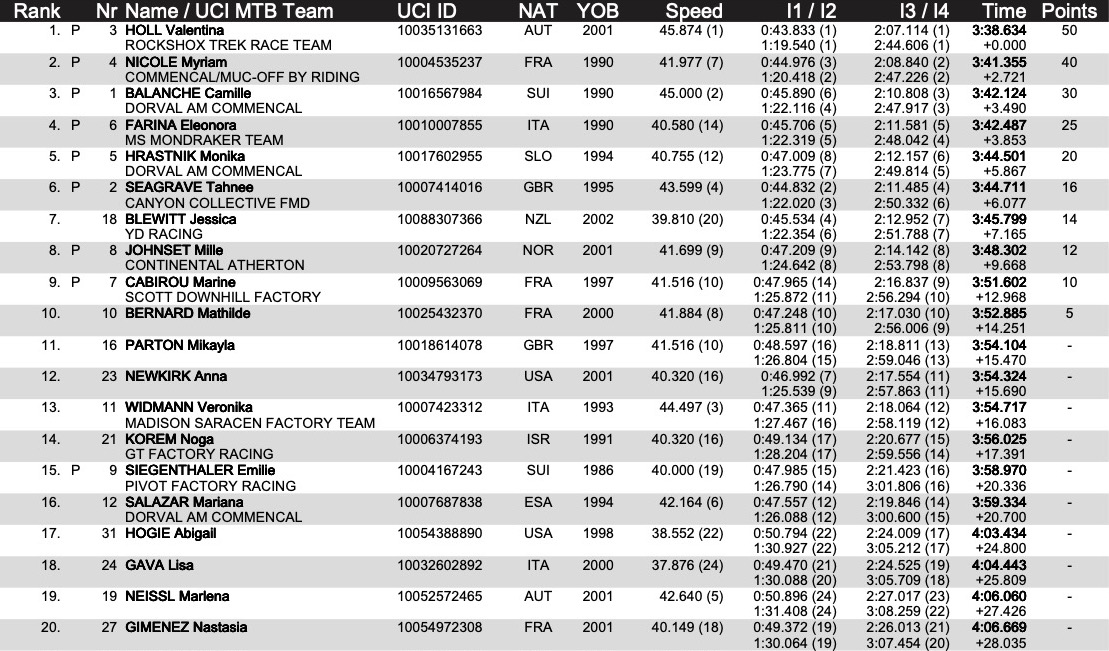 The fastest time in the men’s Junior category was Jordan Williams followed by Lachlan Stevens-McNab. Third position for Ethan Craik while Jackson Goldstone had to deal with the after-effects of yesterday’s wild crash in the rock garden and finished in 10th place. In the female Junior category the winner of the qualifying heats goes to the Coast Gravity park ruler – Canadian Gracey Hemstreet.