Maribor welcomed the fourth round of the 2021 UCI DH World Cup circuit on an extremely demanding track, very fast and at the same time rough – for which the perfect suspension set is critical as ever, broken up mid-track by the infamous rock garden that’s given a great deal of trouble to even the best athletes in the world, who tire from the very high pace that must be kept along the entire length of the track. The super dusty ground did not help to facilitate things but at least it granted a fair race unlike the previous ones, determined more so by the rain.

The situation that gave rise to an extremely exciting race with a succession of twists and athletes on the hot seat, up until the descent of Vergier, the last to cross the Maribor track and set the lowest time, winning this spectacular third World Cup round. 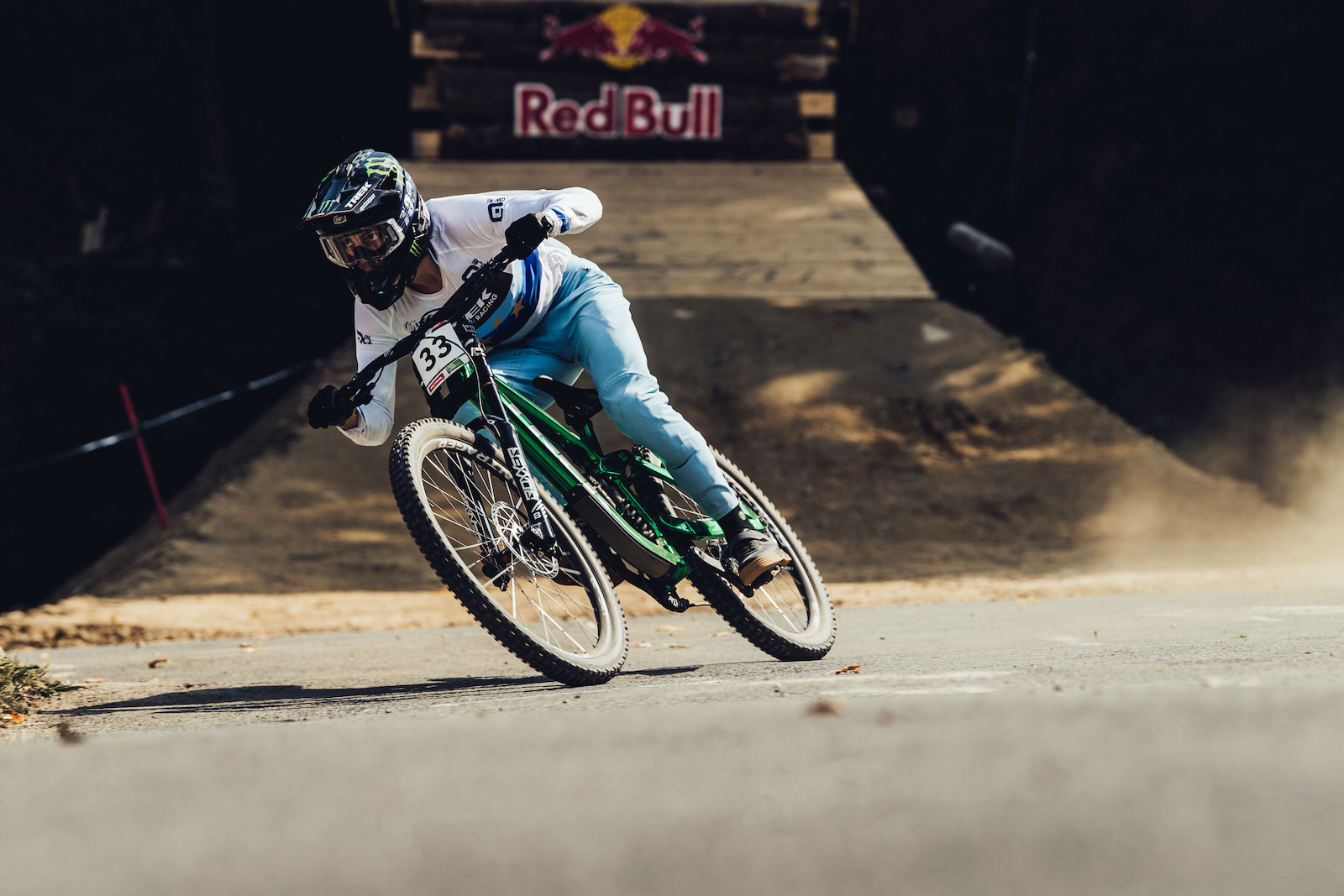 Vergier confirmed yesterday’s victory in qualifying with an incredibly progressive, precise and run, that was really exciting to watch. With this double result he puts in the safe the maximum score for the weekend, useful to climb the overall ranking that sees him currently in 19th position. 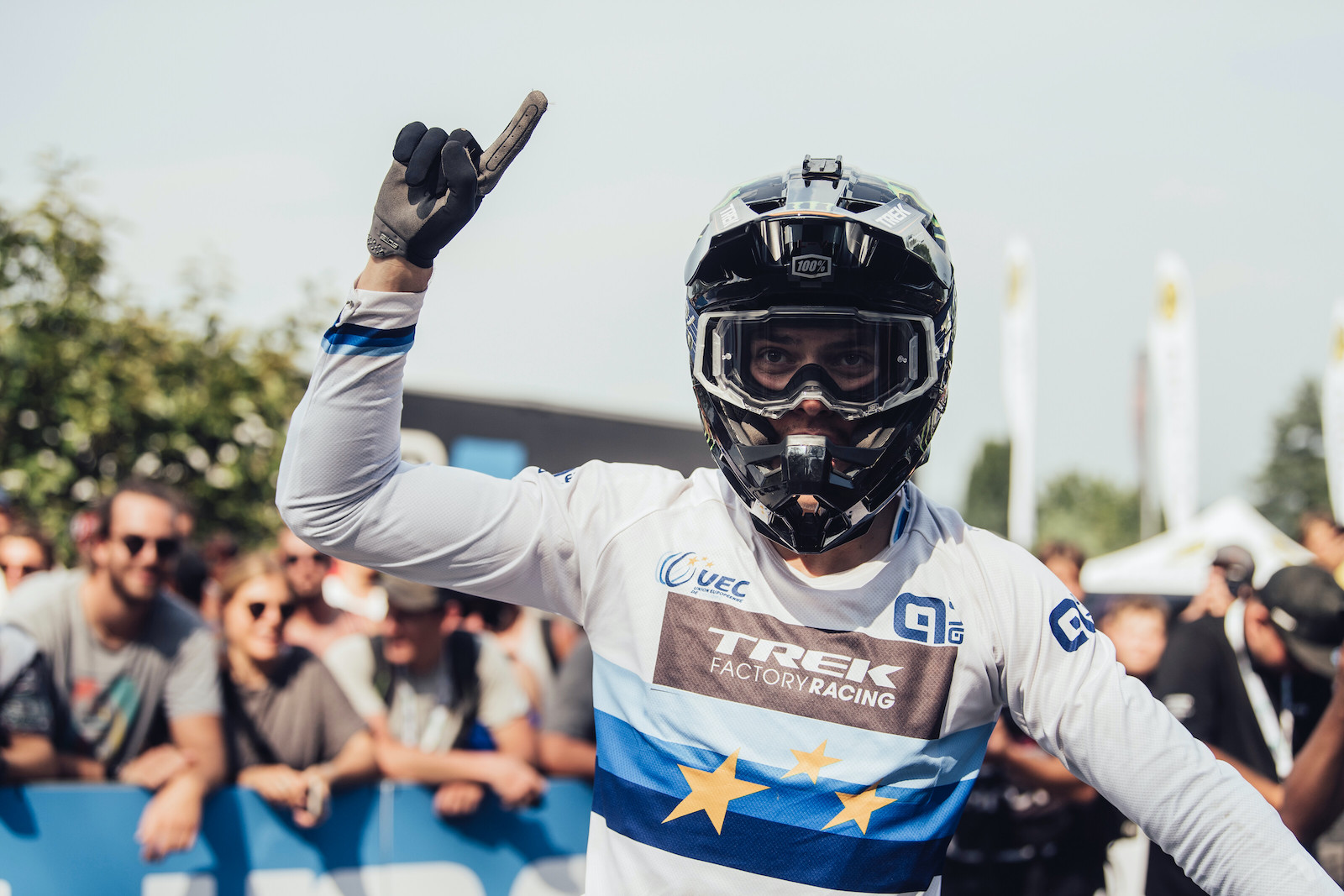 Second position for the circuit leader, the young Thibaut Daprela, the star of Les Gets, who maintains his position in the overall. An impeccable run that forced Vergier to give his best to get on the first step of the podium. 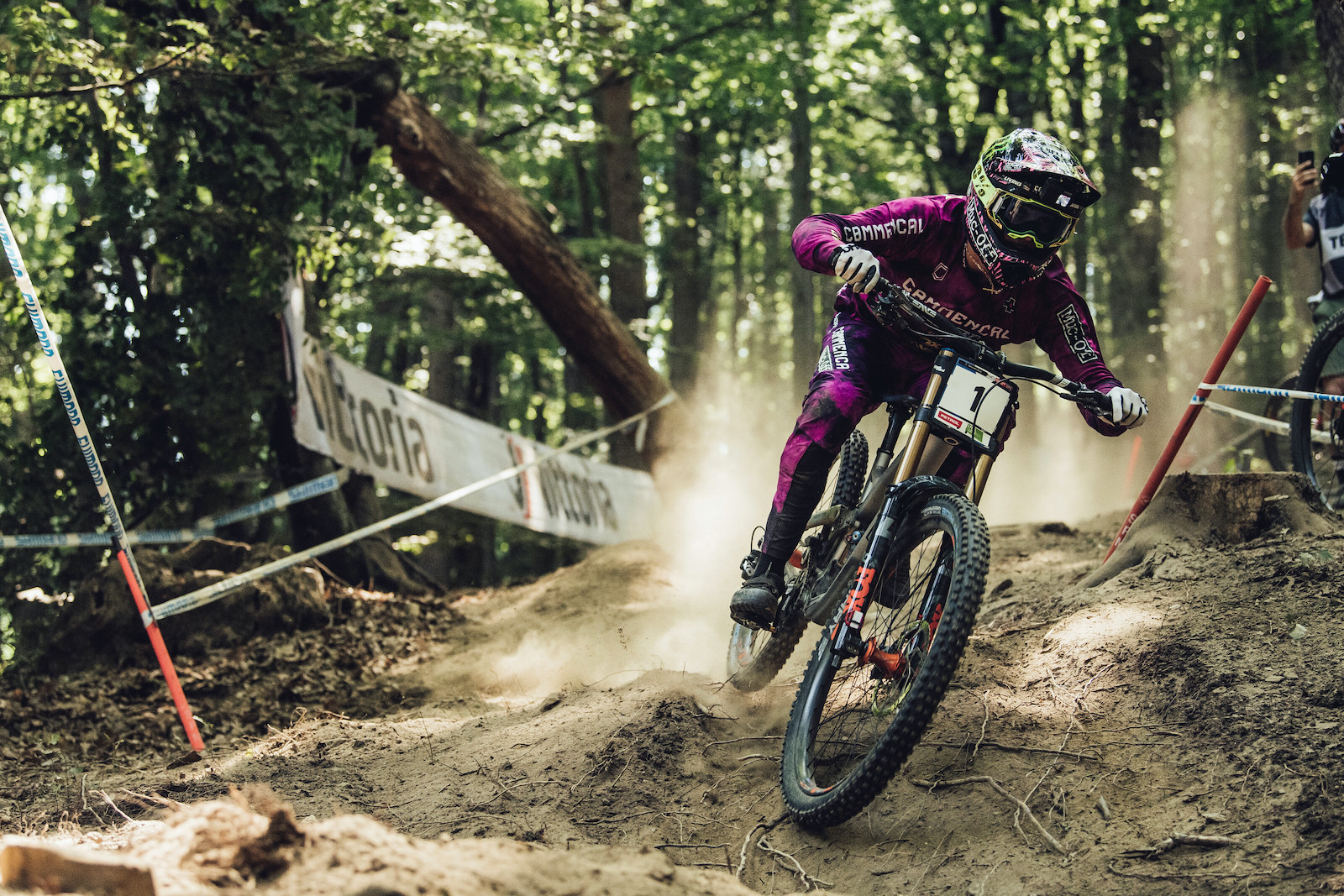 Laurie Greenland closed out in the third position, the same as yesterday in the qualifying heats, facing the Maribor track with his usual aggressive style, approaching the rock garden with a line right down the middle of the battered track. 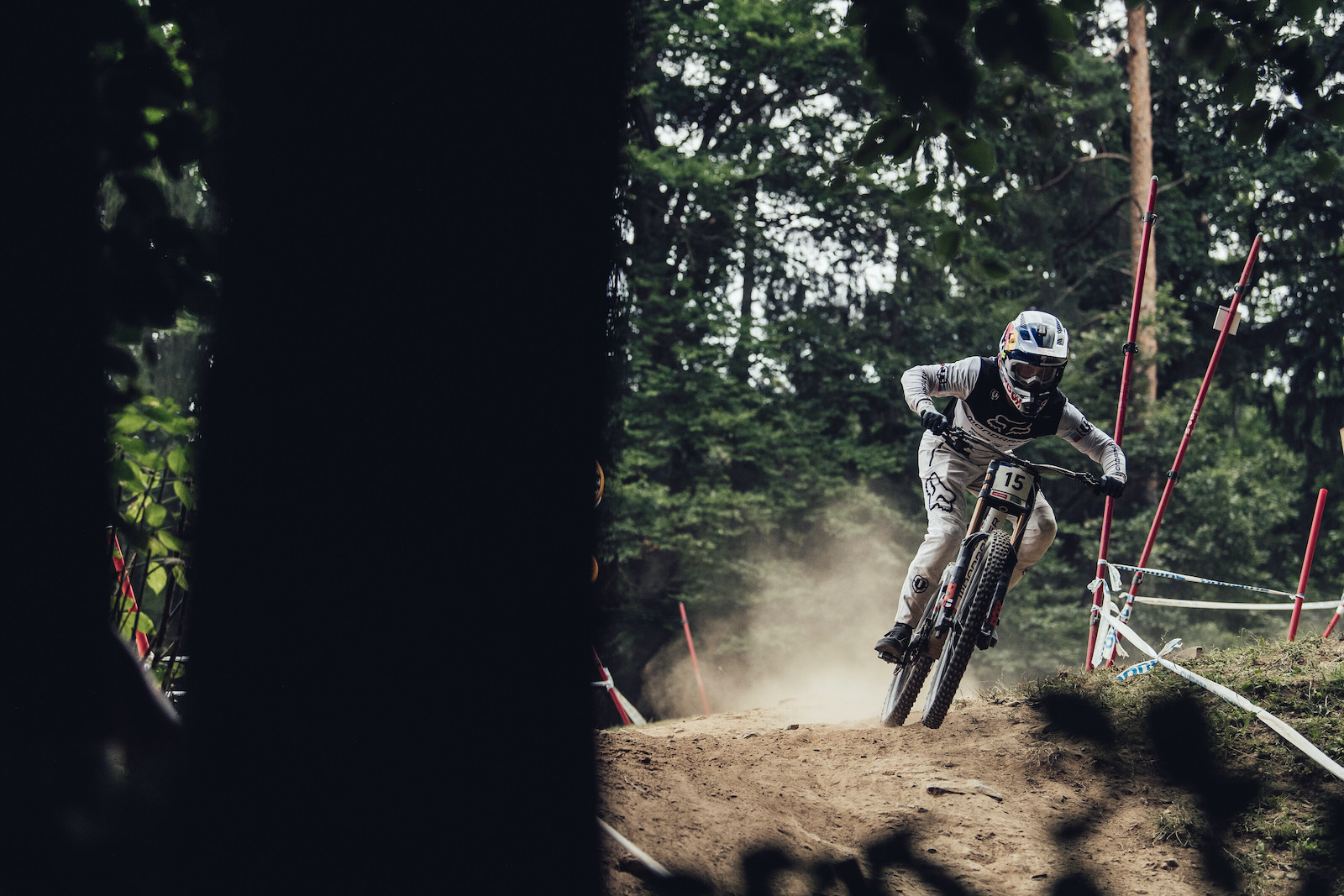 Fourth position for the human monument to DH Greg Minnaar, increasingly the “Greatest Of All Time”, who with a demonstration of superb technique and experience, placed just under a tenth behind Loïc Bruni, who closed out in fifth position. 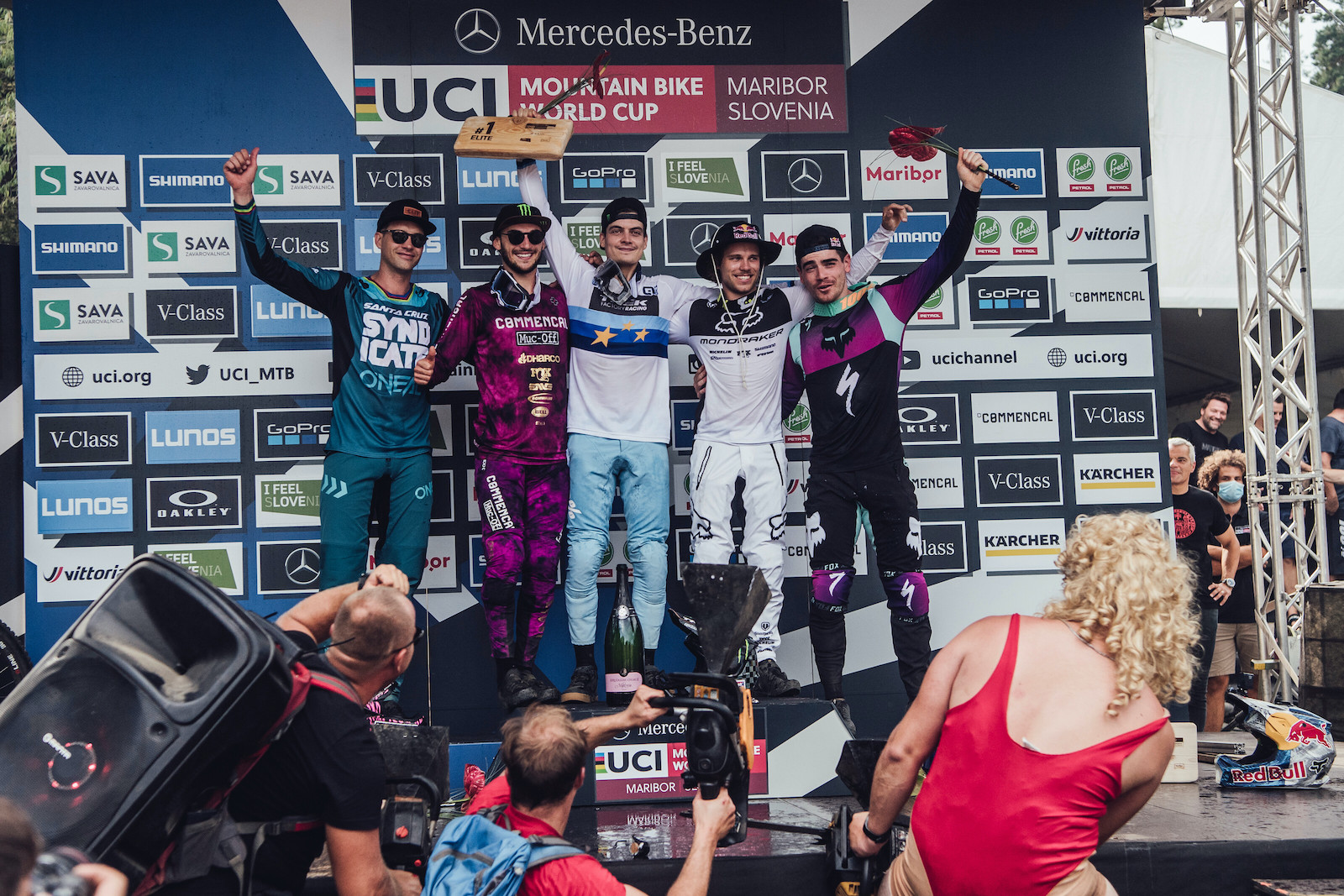 Benoit Coulanges finished in sixth place, keeping the hot seat in check for a long time. Excellent descents also for Luca Shaw and Danny Hart and congratulations to Brook Macdonald, 15th today, more and more consistent since his return after the serious injury that almost saw him lose the use of his legs. 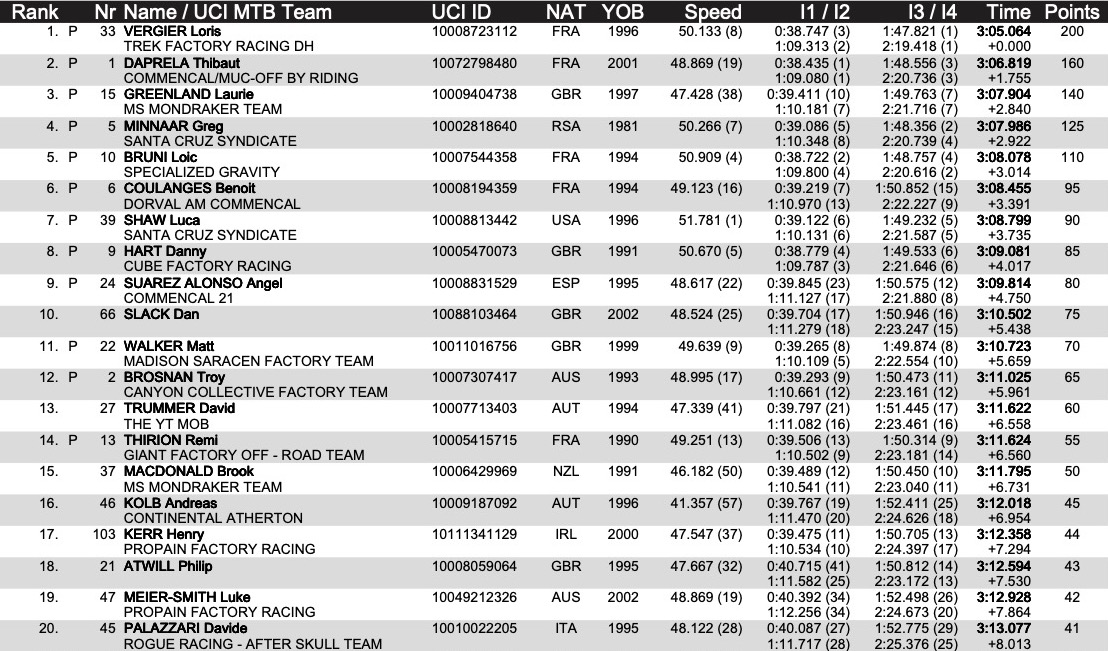 Myriam Nicole grabbed her first victory of the 2021 season here in Maribor, after a second place in Les Gets, scoring a simply impeccable run, with great precision especially in the technical sections that allowed her to get on the top step of the podium and also conquer the the overall leadership. 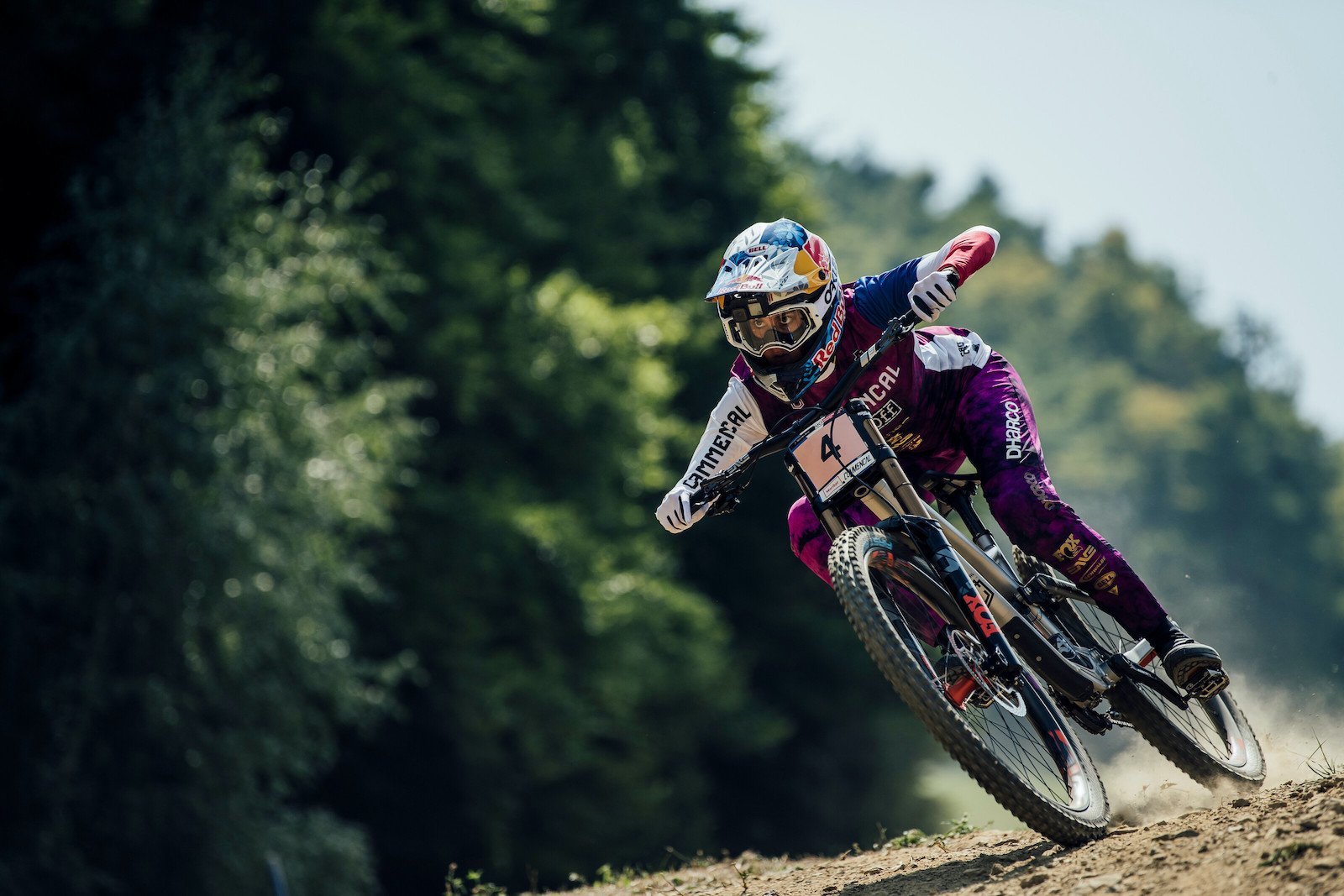 Also an incredible performance by Eleonora Farina who finishes in second place deservedly earning her best career result with one of her cleanest, most determined and precise runs ever, constantly in attack, both in the technical parts and in the raises. Congratulations Ele! 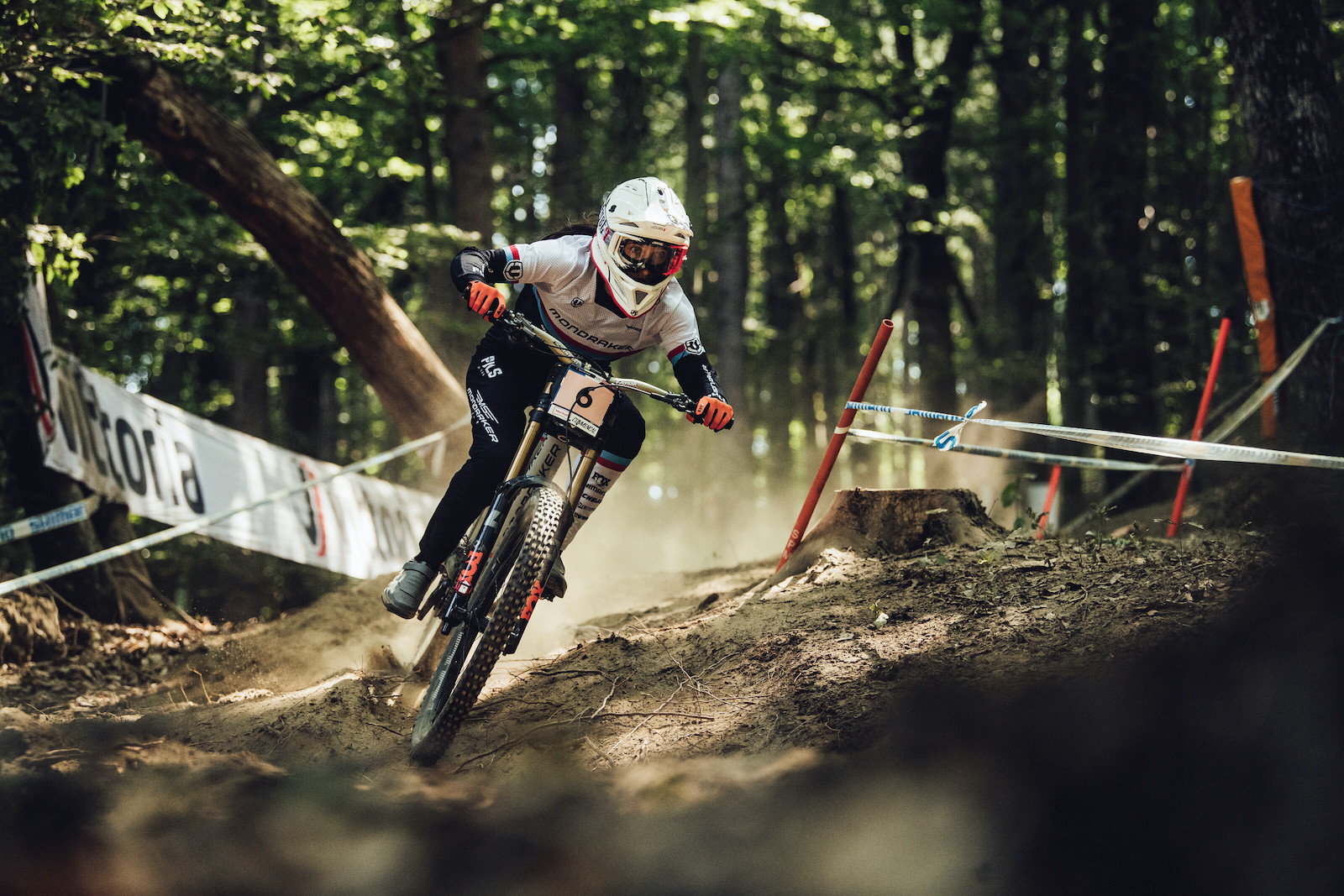 World champion Camille Balanche concludes in third position with a very good run but not enough to undermine Eleonora from her position. The points obtained with the third position today are not enough for her to maintain the lead position in the overall and she therefore slips into second position. 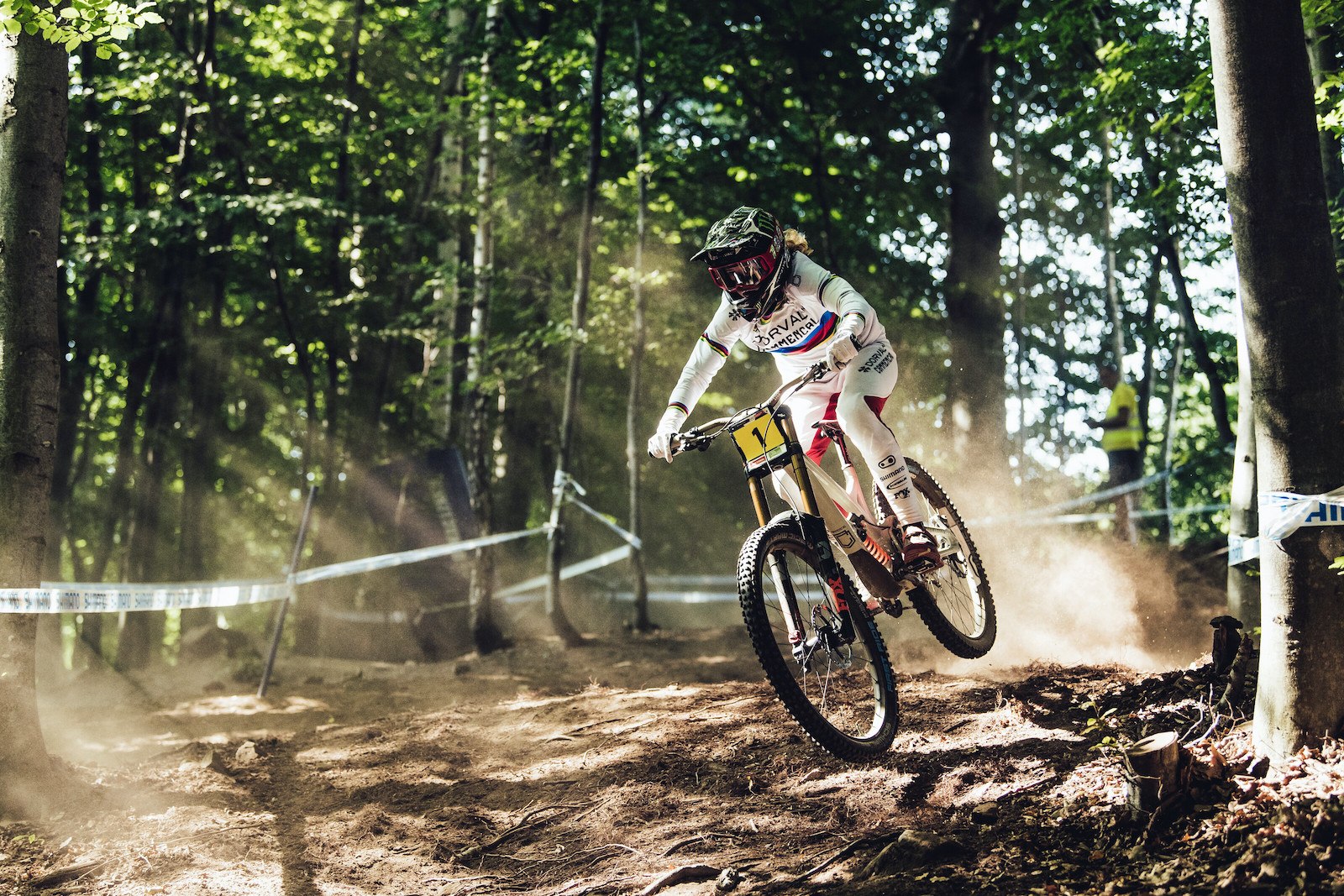 Fourth place for the newly elected European champion Monika Hrastnik, followed in fifth place by the winner of the Les Gets round, Tahnée Seagrave. 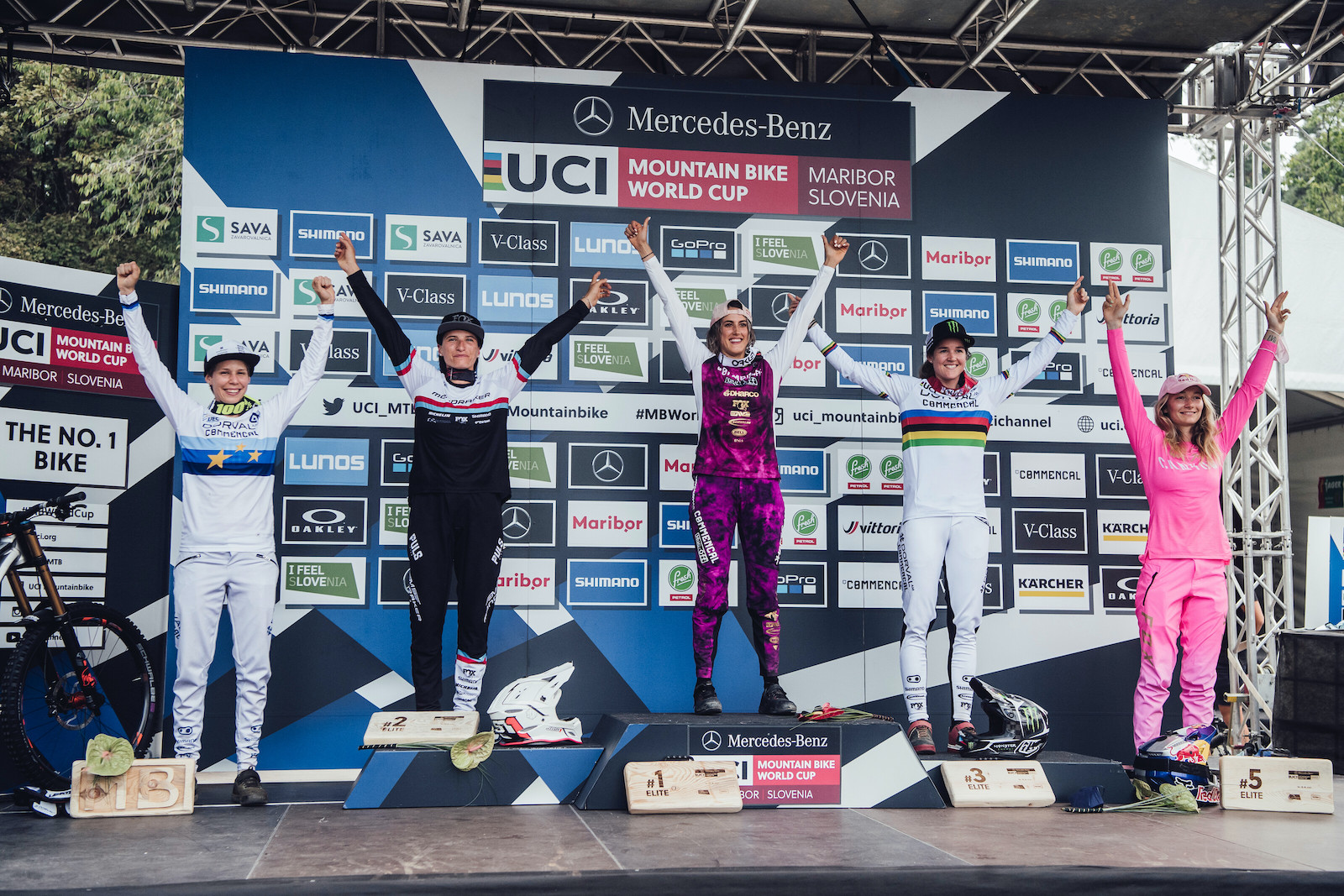 In the men’s Junior category, Jackson Goldstone conquered the top step of the podium and maintained his leadership on the circuit, despite the frightening blow he suffered in the rock garden during Friday’s practice. Behind him Jordan Williams in second position and Pau Menoyo Busquets in third. Among the Junior girls it is Phoebe Gale who beat out Izabela Yankova and in third position, with a wider gap, Aina Gonzalez Grimau.

The DH World Cup will be back on track in Val di Sole for the UCI MTB World Championships from 25 to 29 August, while the UCI DH World Cup will resume on 4-5 September with the Swiss leg of Lenzerheide, the fourth event of the 2021 season.