The mud has once again welcomed the world’s best DH athletes for the opening of the short but intense 2020 UCI DH World Cup season with race #1 of the two part Maribor event. The rain that wet the Slovenian track until this morning made it even more challenging but equally spectacular and the final was exciting and thrilling. 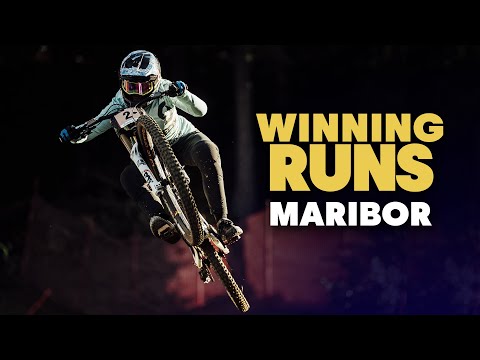 An impeccable Loris Vergier crushed the track, setting incredibly precise and flawless lines which where made all the more critical by the mud while he kept a frighteningly high pace, managing to set the fastest time with a clear advantage over his opponents and winning the first race of this World Cup season, two years after his last victory. 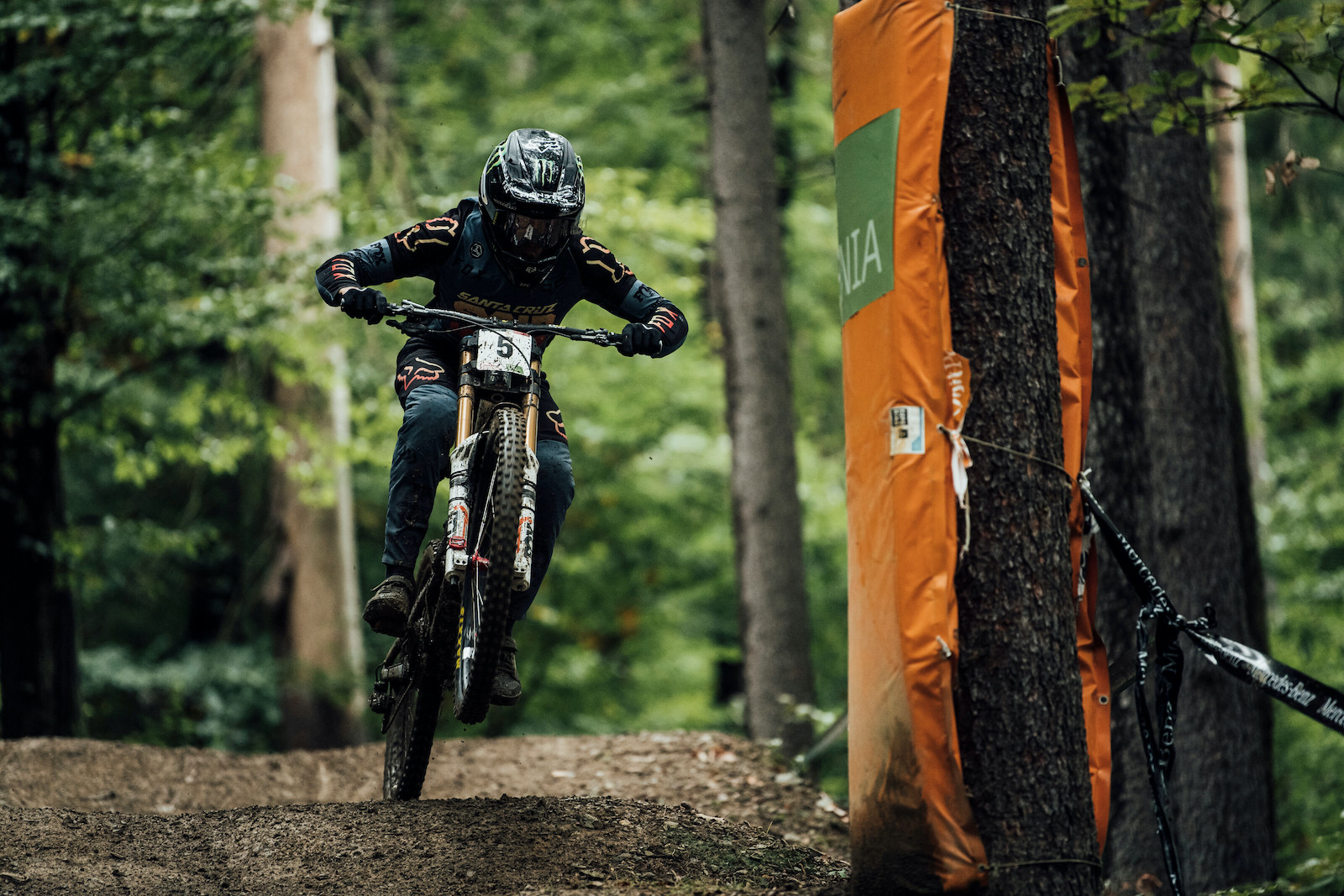 Second position at 2 seconds and 6 tenths back for Remi Thirion, who laid down an incredible run with his classic aggressive riding combined with excellent concentration that allowed him to earn his result, reaffirming the excellent performance of Leogang’s world championships where he won the bronze medal despite a couple of spectacular mistakes. 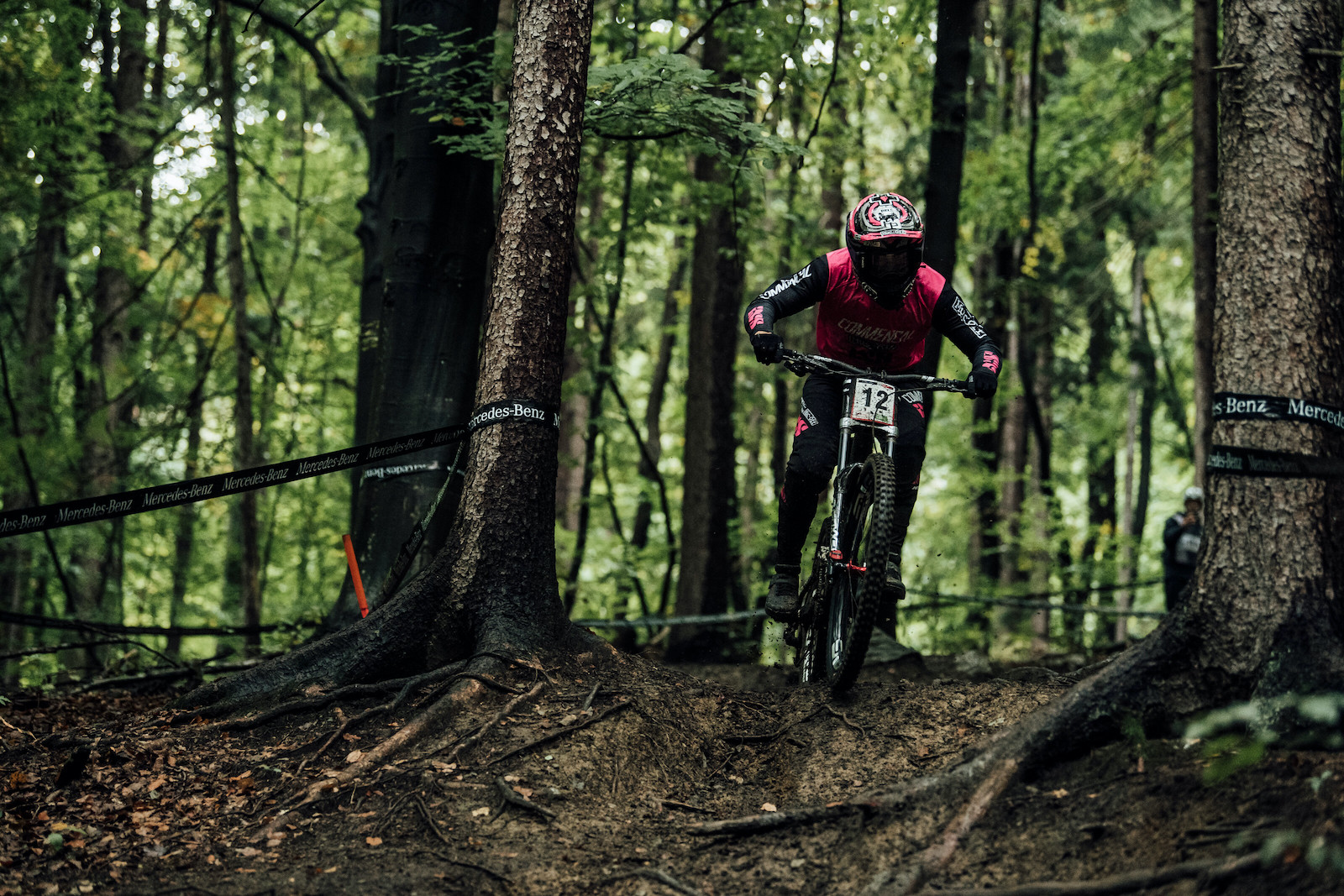 The very young Thibaut Daprela proves to be a rider with enormous talent and potential, finishing in third place in his first World Cup race as an Elite after dominating the Junior category last season. Despite a nervous and at times rough ride, which shows the impetuousness of his young age, Daprela finished less than 3 seconds from Vergier’s incredible time, sealing an entirely French podium. 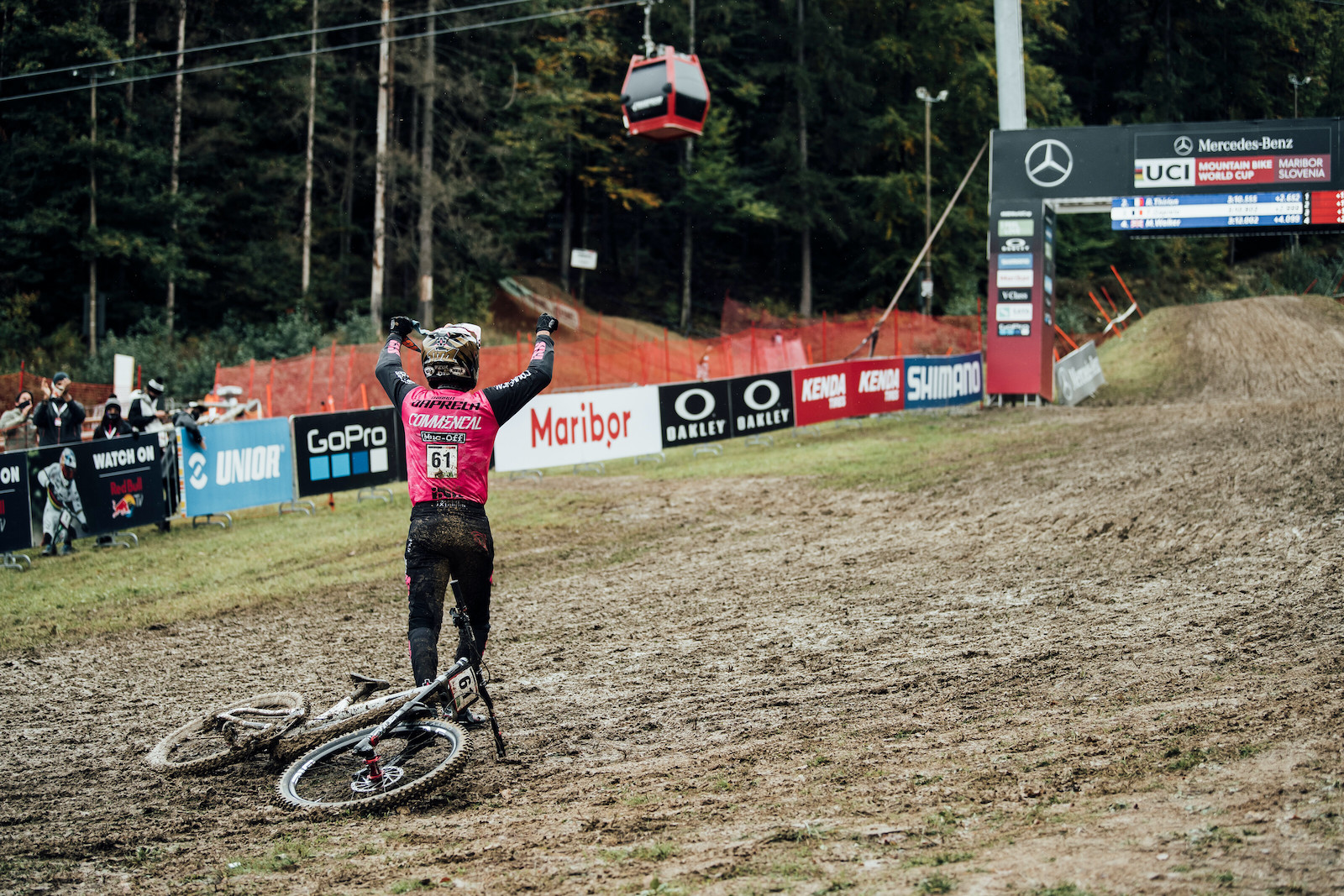 Fourth position for Matt Walker, consistent and effective in his run, while in fifth position we find veteran Greg Minnaar who excited his many fans by staying in the hot seat for quite some time as the holder of the time to beat. 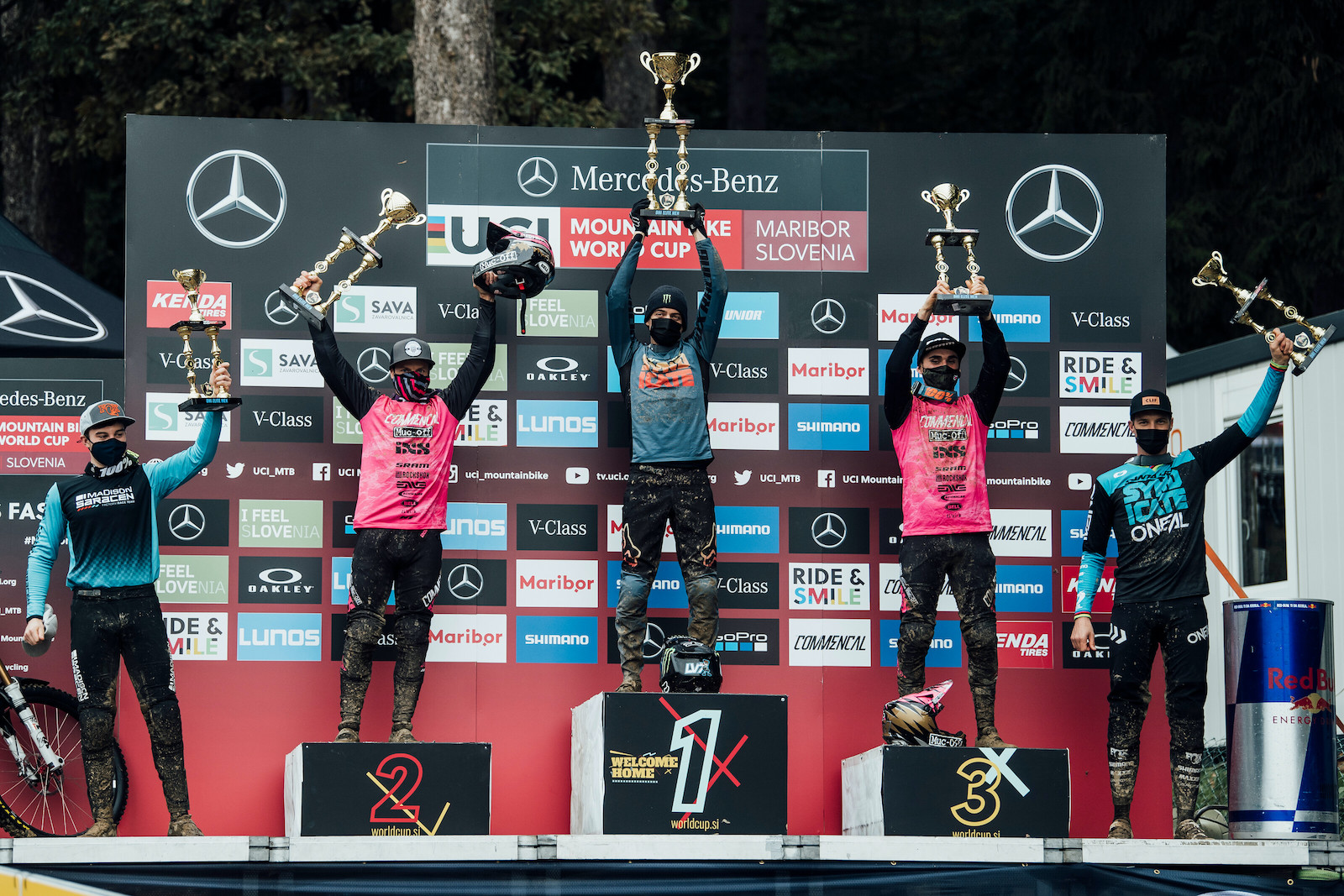 Excellent performances also for Luca Shaw, sixth, Jack Moir, seventh despite a big mistake at the beginning of the track, and Troy Brosnan eighth. Once again disappointing, after the World Championships in Leogang, the performances of other top riders such as Loïc Bruni and Aaron Gwin, who finished on the edge of the top 20. 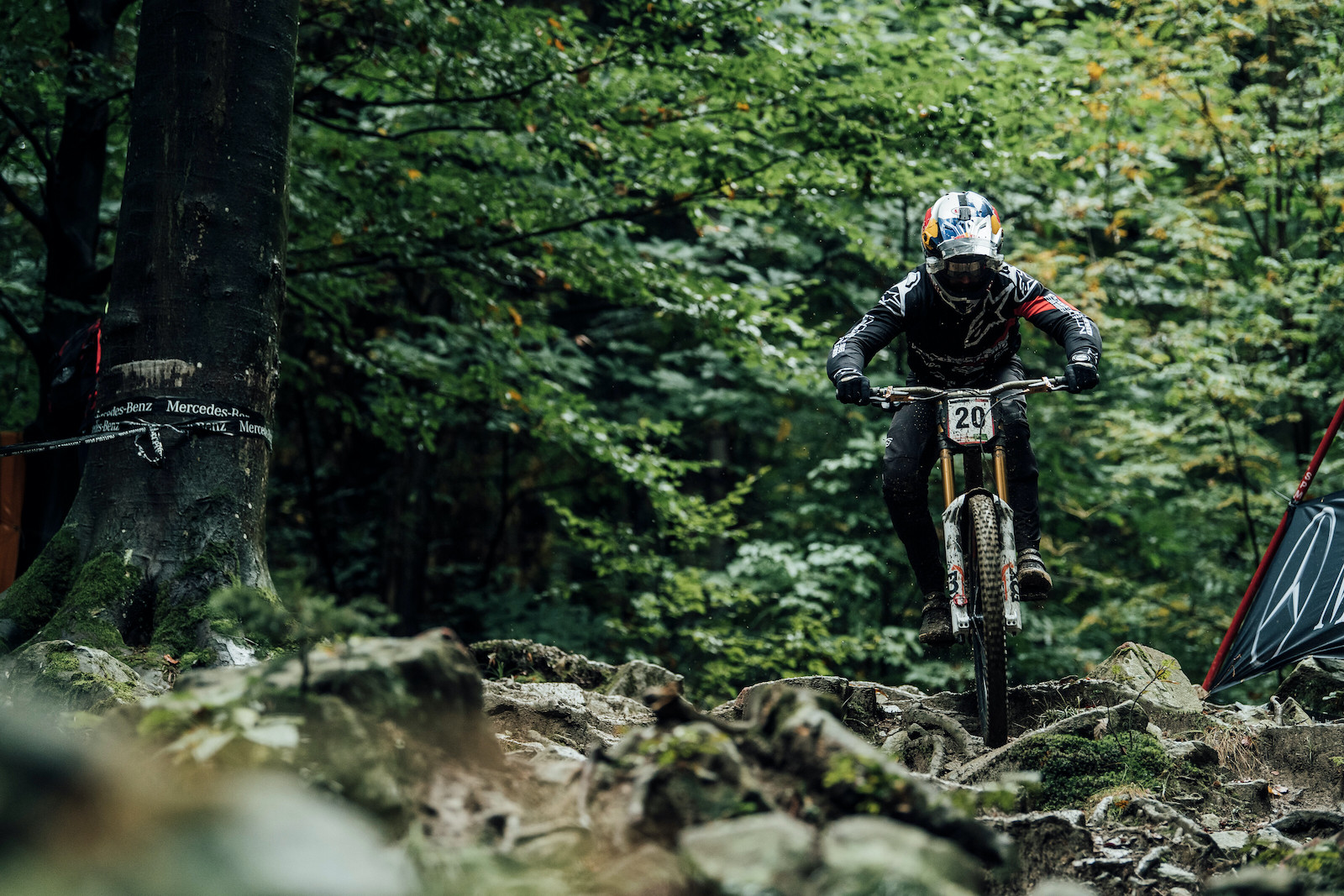 The World Cup season started out very badly with a truly unlucky day for the new world champion Reece Wilson, who also won yesterday’s qualifying round, and had to give up racing in the final heat of race #1 due to a crash this morning during practice. However, it is possible that he will be able to return for race # 2. 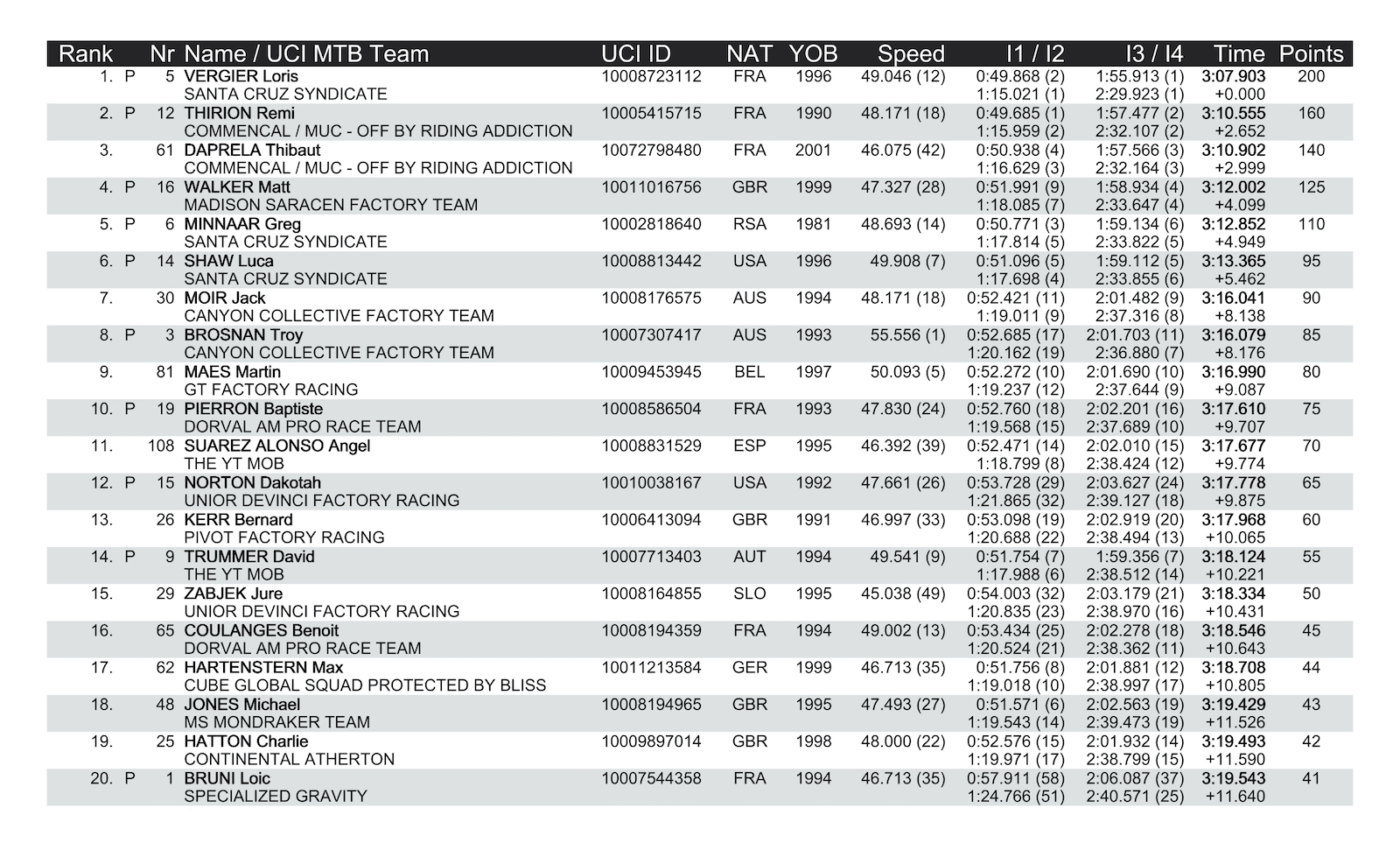 On a track that proved to be even more challenging for the female category, wetter and even more slippery than it was for men, Marine Cabirou was able to make a huge break from her rivals, landing an aggressive and on pace run with few significant errors despite the conditions of the terrain. And thus she claimed her fourth consecutive World Cup victory. Second place for Myriam Nicole who, with a good but not flawless run, failed to upset Cabirou, finishing more than 6 seconds behind. 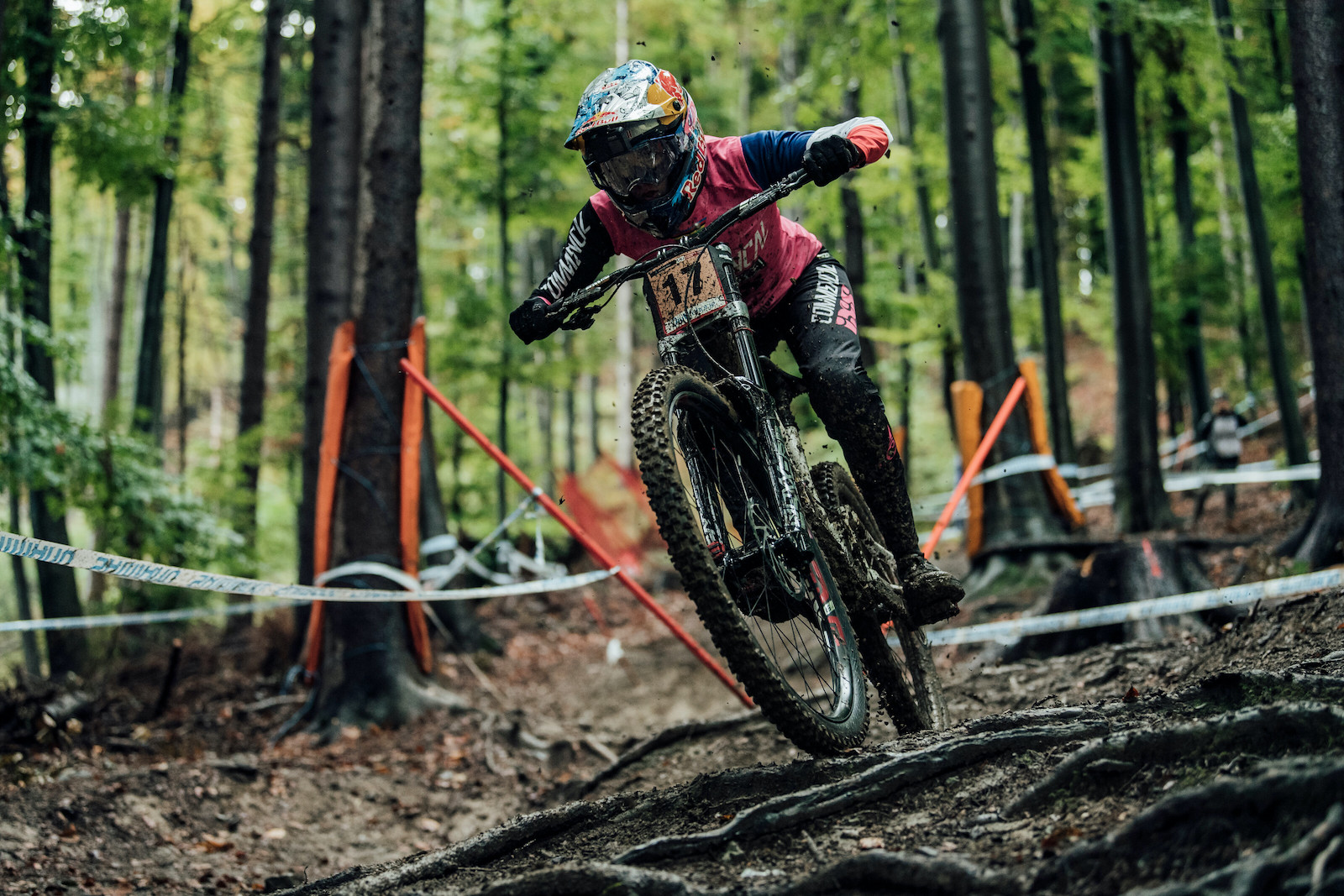 Third place for Tracey Hannah, winner of the World Cup circuit last season and holder of the fastest time in yesterday’s qualifying round. 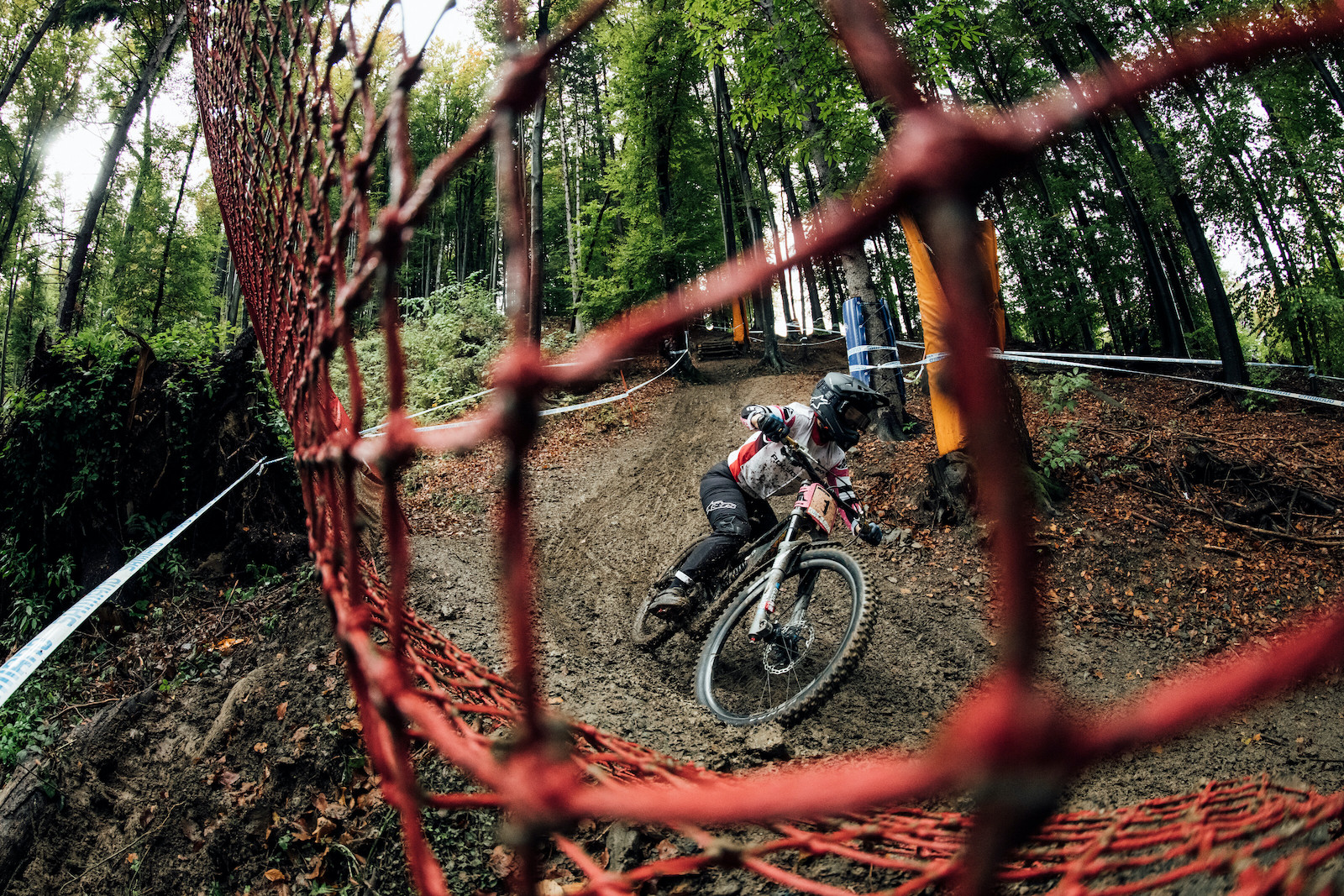 Fourth place for Eleonora Farina, more and more constant at the top of the standings and ever closer, also in terms of time difference, to the leading position. 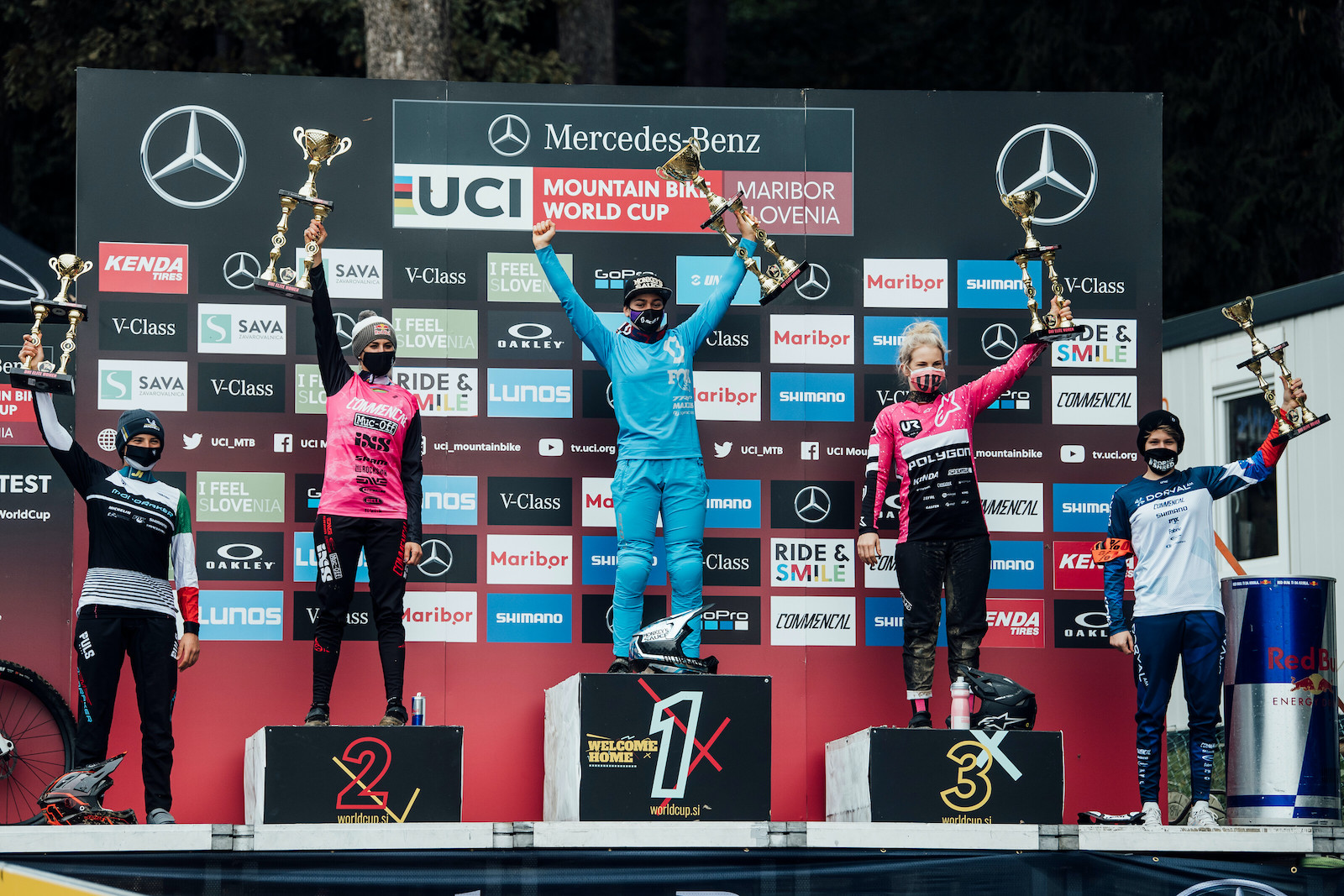 Monika Hrastnik closed out in fifth position in front of the home crowd while the new champion Camile Balanche had to settle for an eighth place.

In the junior categories it is again the new world champion Oisin O’Callaghan who earned himself the fastest time, but finding in Dan Slack a very fierce opponent who placed himself behind O’Callaghan just 9 tenths of a second behind him. Third place for Nuno Reis.

[Video] The Battle for the European XC Championship