Less than a week from the exciting world championship in Val di Sole, DH racing is back on the thrilling fourth stage of the UCI DH World Cup which took place today in Lenzerheide, under a hot late summer sun and on dry and dusty terrain, which has increased the difficulty of a rather technical track (which wasn’t easy to appreciate from the bad video footage of this event), full of steep and very bumpy sections, very fast bits, huge jumps, berms and manmade features. Needless to say, it was a worthy conclusion to the European part of the season which this year took place on a series of very demanding tracks.

Loris Vergier put forth a truly exciting run that kept the audience on their toes until the last tenth of a second, flawless in the first half of the track, he suffered a slight delay at the third split time, slipping into third position and then coming back with a great recovery in the final stretch, winning the first place spot in the race and climbing to the second position in the overall. 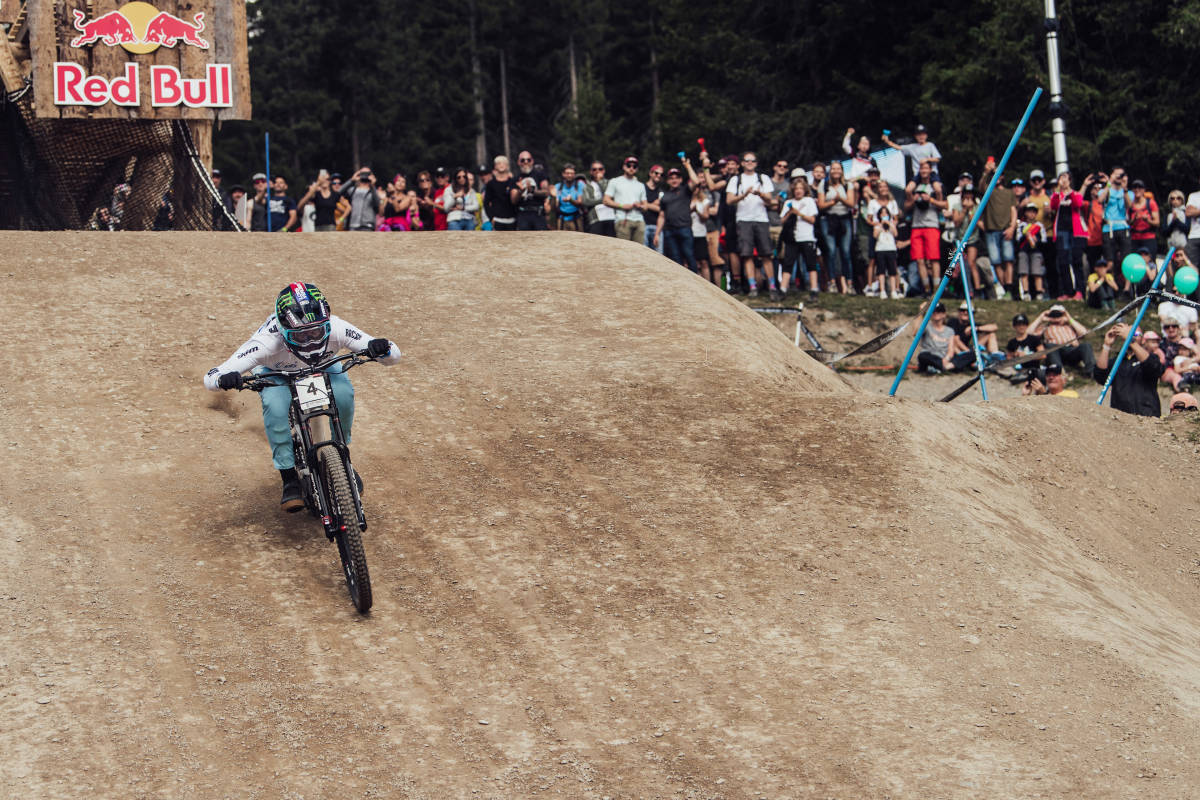 In second, once again beaten by his best friend, it was Loïc Bruni who on this occasion would have actually deserved the victory thanks to his style found after several races with the characteristic mix of precision and power. 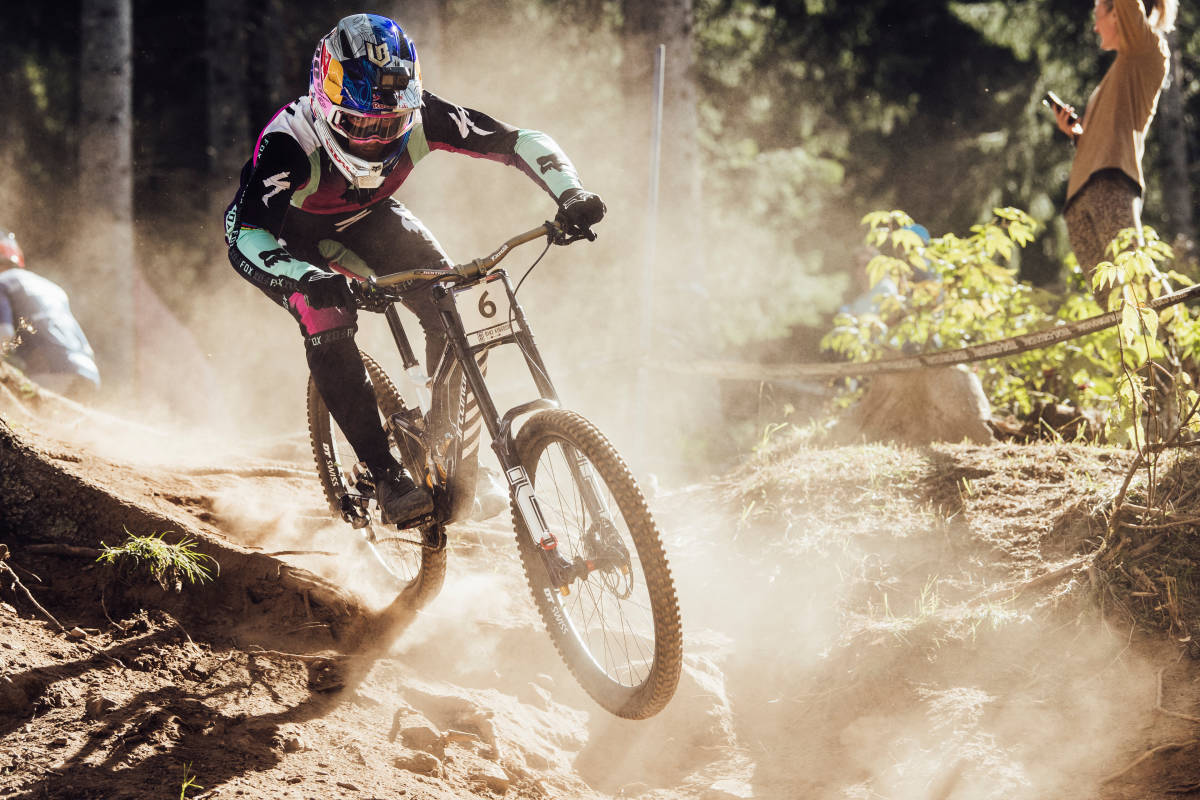 Third position for Thibaut Daprela – with an impressive rebound after his less than stellar performance at the world championships. He was very aggressive but with some minor mistakes in his race. The points garnered by this podium allow him to maintain the leadership of the overall. 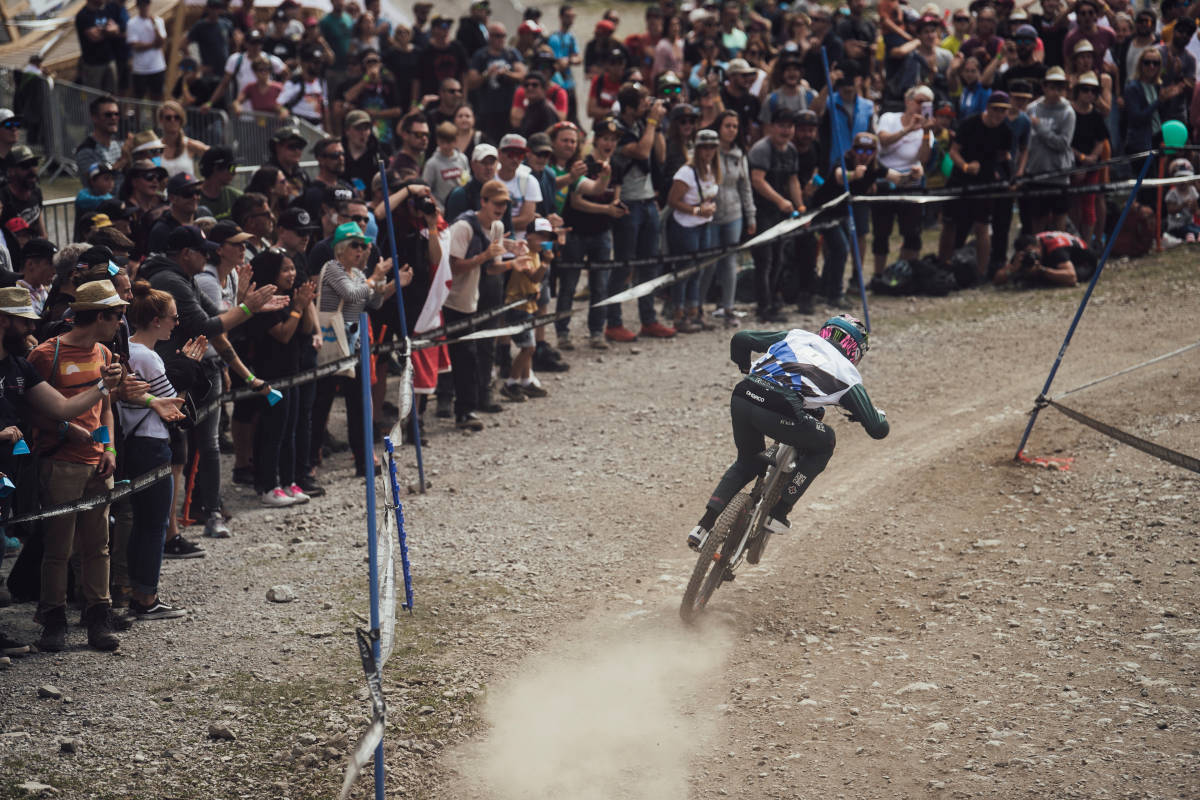 Amaury Pierron in fourth place closes the leading group, all French, with a very combative run in which he showed all his determination to return to the podium, but was slowed down by a few mistakes, especially at the end. 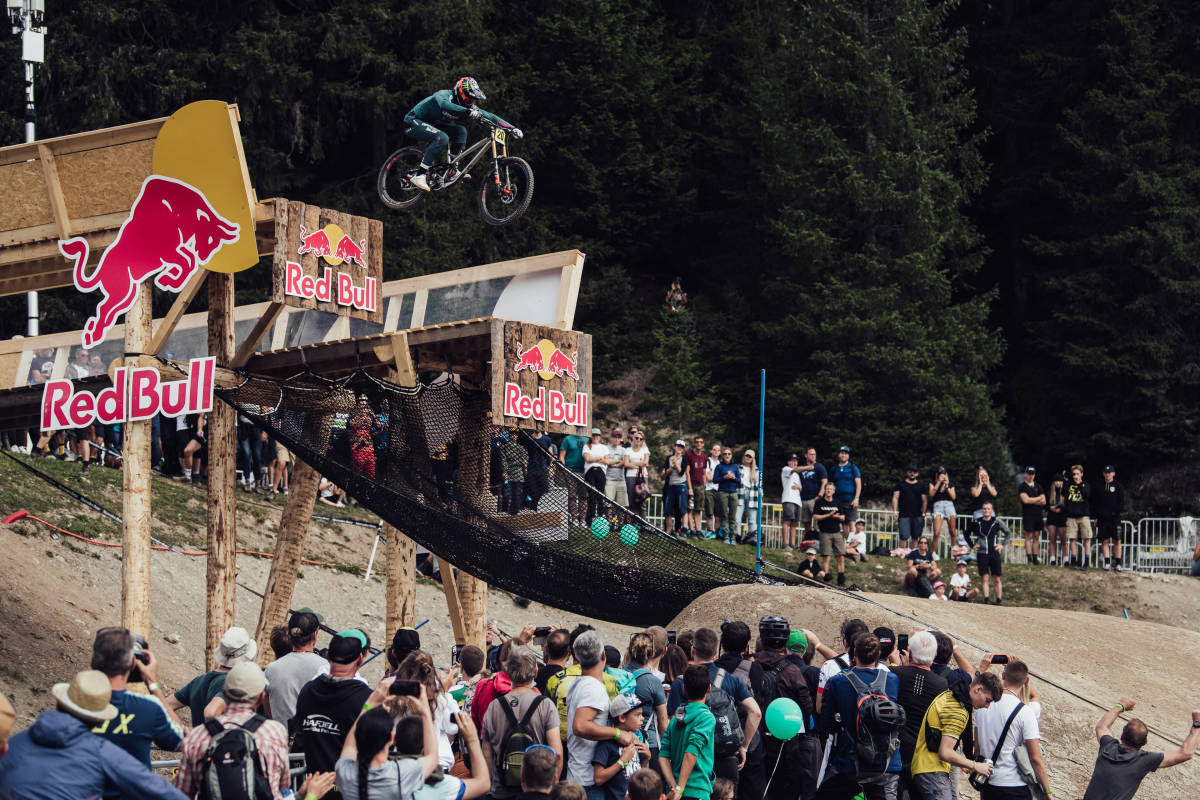 Fifth position for Laurie Greenland, increasingly present in the leading positions. Although he still hasn’t managed to land a win, he is very well placed at fourth in the overall, thanks in part to the points from this race. 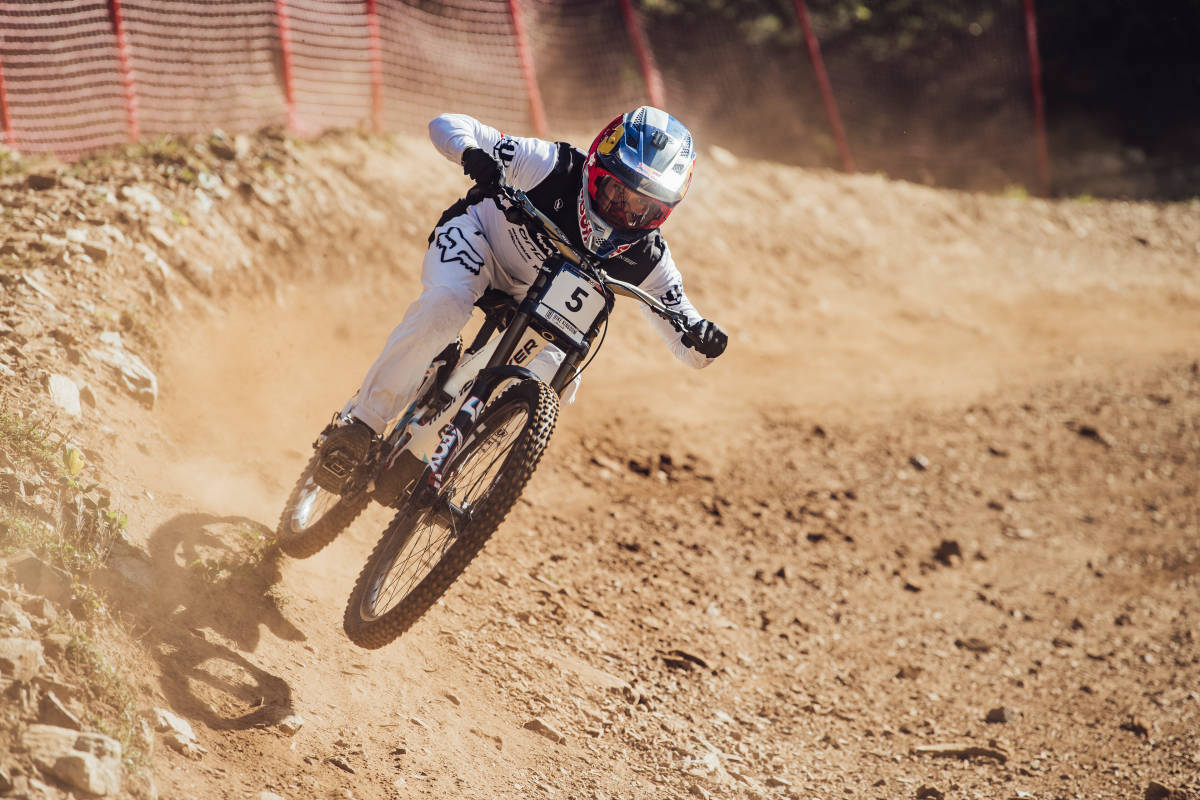 The almost entirely French podium makes us reflect on how this generation of athletes, all from the same province of France, is the result of the great work done by the veterans of the French DH who have passed down skills, experience and values ​​to the kids of the time who went on to become the champions of today. World champion Greg Minnaar did not attack the track as he did in Val di Sole, probably still bewildered by the celebrations for his eleventh world medal, and was satisfied with a position in the “rear” finishing in 19th place. 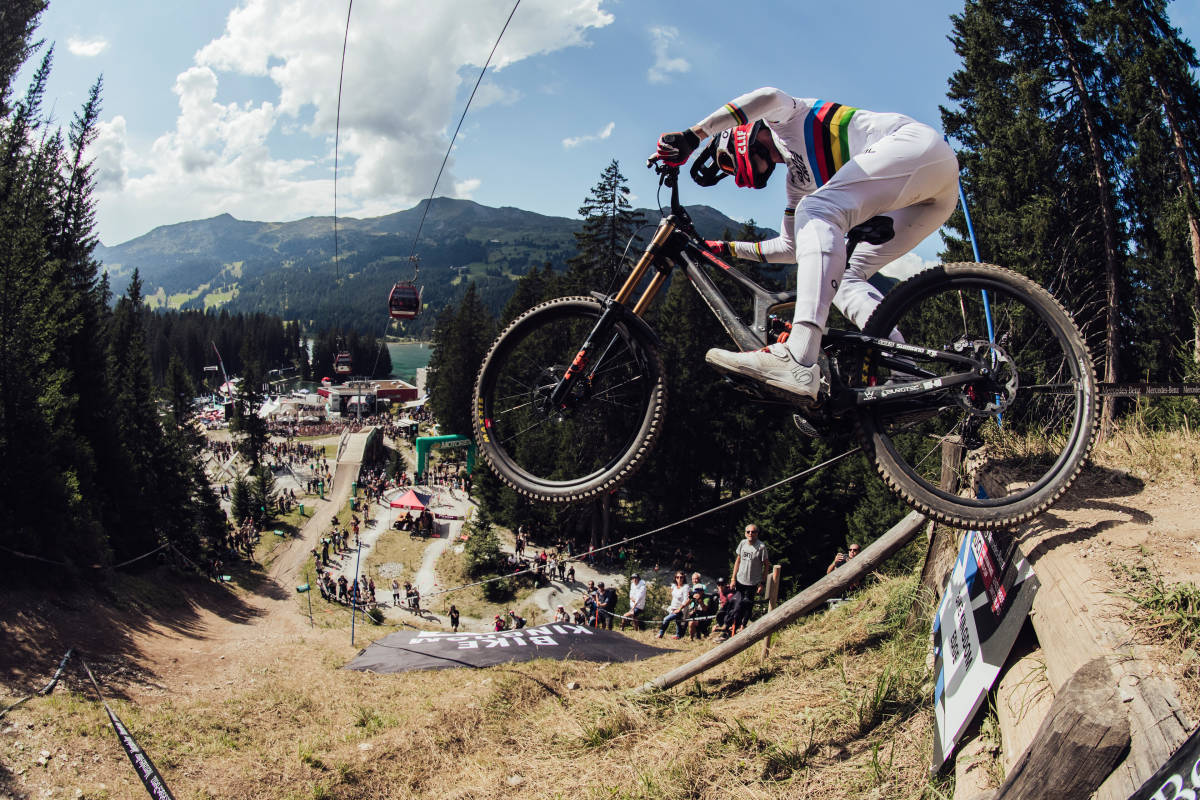 Troy Brosnan crashed at the top of the track and finished in 48th place. Dakotah Norton was the fastest American, nipping at the podium just slightly back in 7th place. The newly elected world champion Myriam Nicole dominates the women’s race with an aggressive and clean descent that earned her an advantage of over two and a half seconds. In the space of a week he conquered both the rainbow jersey and the leadership of the world cup overall Second place for Tahnée Seagrave with what can be defined as her best run of this season, very determined and precise. Valentina Höll finally returns to the podium with a third place, thanks to a controlled race free of those mistakes that too often characterize her performances in the Elite category. Fourth position for Nina Hoffmann who for the first time this season, after her injury, found her right rhythm. Camille Balanche showed incredible aggression which, however, cost her a few mistakes too many and did not allow her to do better than fifth place in front of the home crowd. 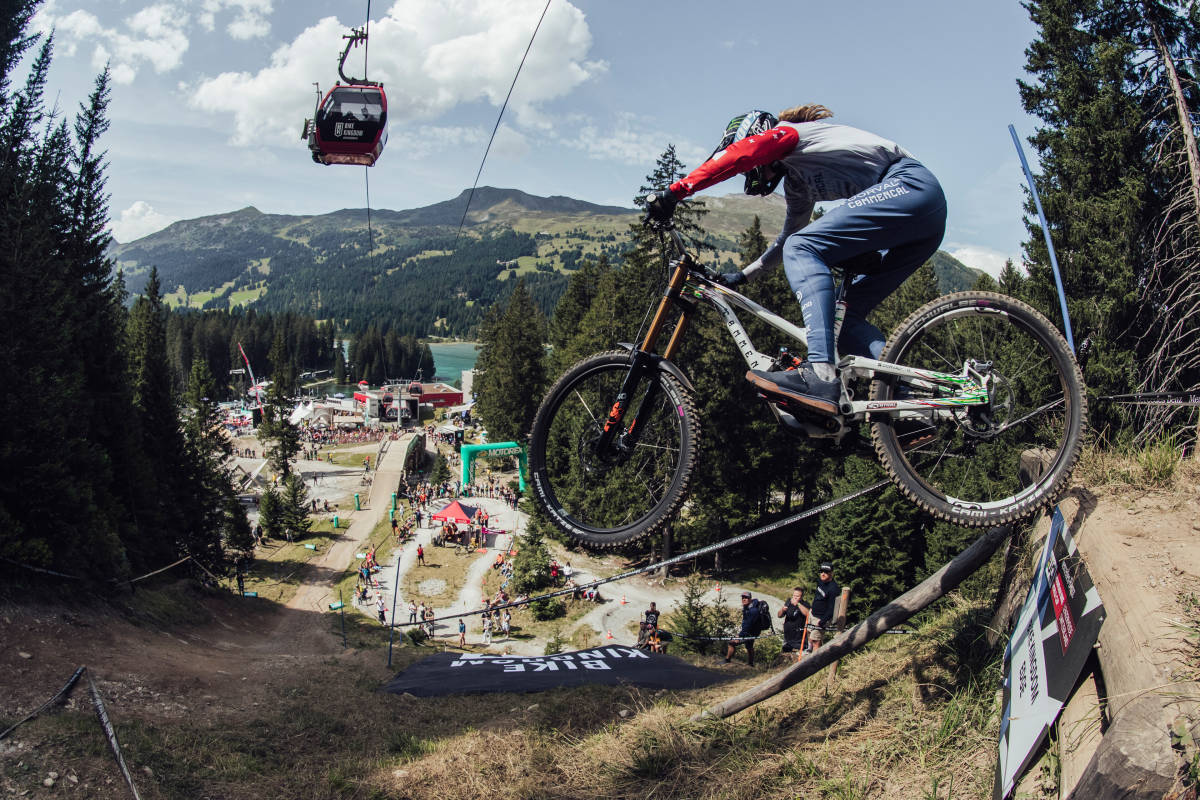 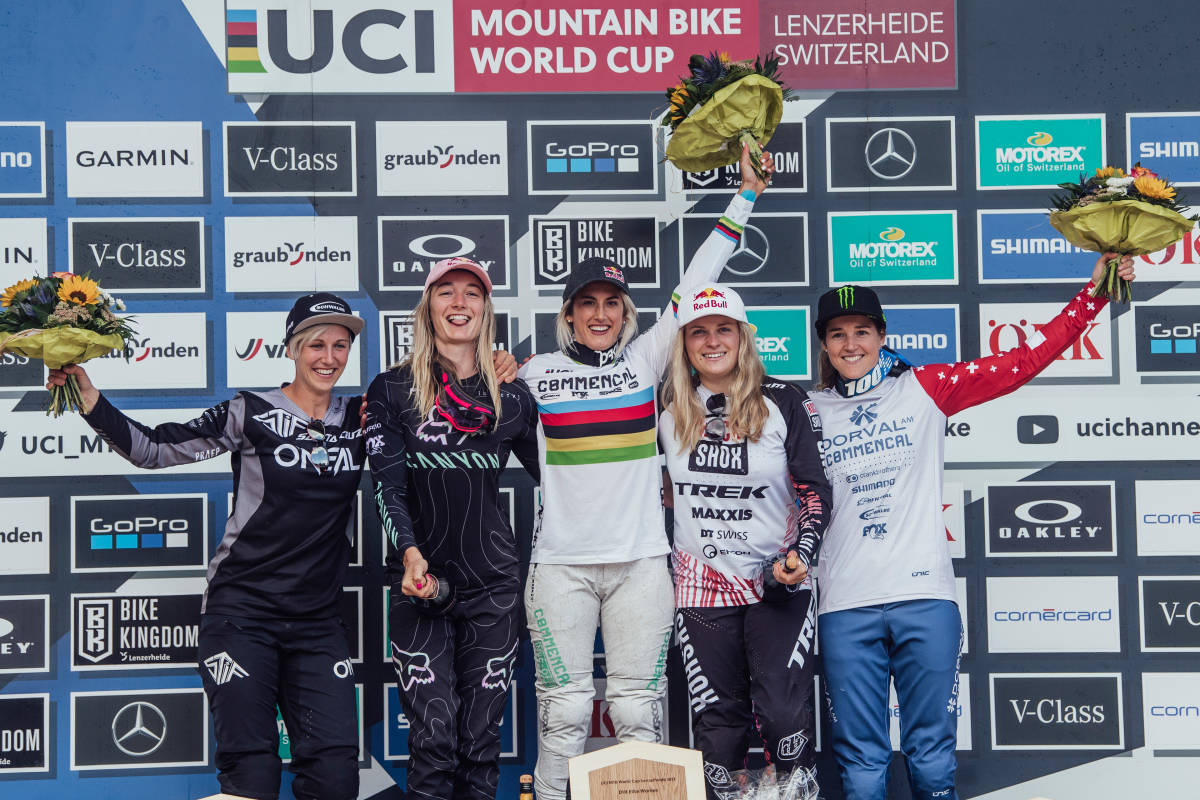 Anna Newkirk snuck into the top 10 for the Americans, landing in 9th place.

Jackson Goldstone, Junior World Champion took the win and now holds the overall lead, thanks to the victory here in Lenzerheide. Behind him Pau Menoyo-Busquets in second position and James MacDermid in third. Izabela Yankova in the female Junior category also won Lenzerheide after having conquered the world championship jersey in Val di Sole and taking the lead in the overall.

The UCI DH World Cup circuit will be back on track in Snowshoe, United States, from 14 to 18 September with a double final leg that will make up for the canceled Fort William event.