On our Italian, English and Spanish pages we’ve had a lot of requests for a test of the Giant Bicycles Reign lately. Part of this anticipation stems from the fact that Giant never released the Reign in 2014 as it was still in it’s design phase while they were fervently making the switch over to 27.5″ wheels across their entire line. Last year we saw quite a few photos and videos of Josh Carlson and Adam Craig rallying on prototype bikes throughout the year on the EWS…

Naturally we reached out to Giant to throw a leg over one for an extended test. Last week our bike showed up. We’re super excited to get some serious saddle time in over the next few months. Before we got it dirty we decided to get some lights out and get some decent pictures of it. Enjoy. 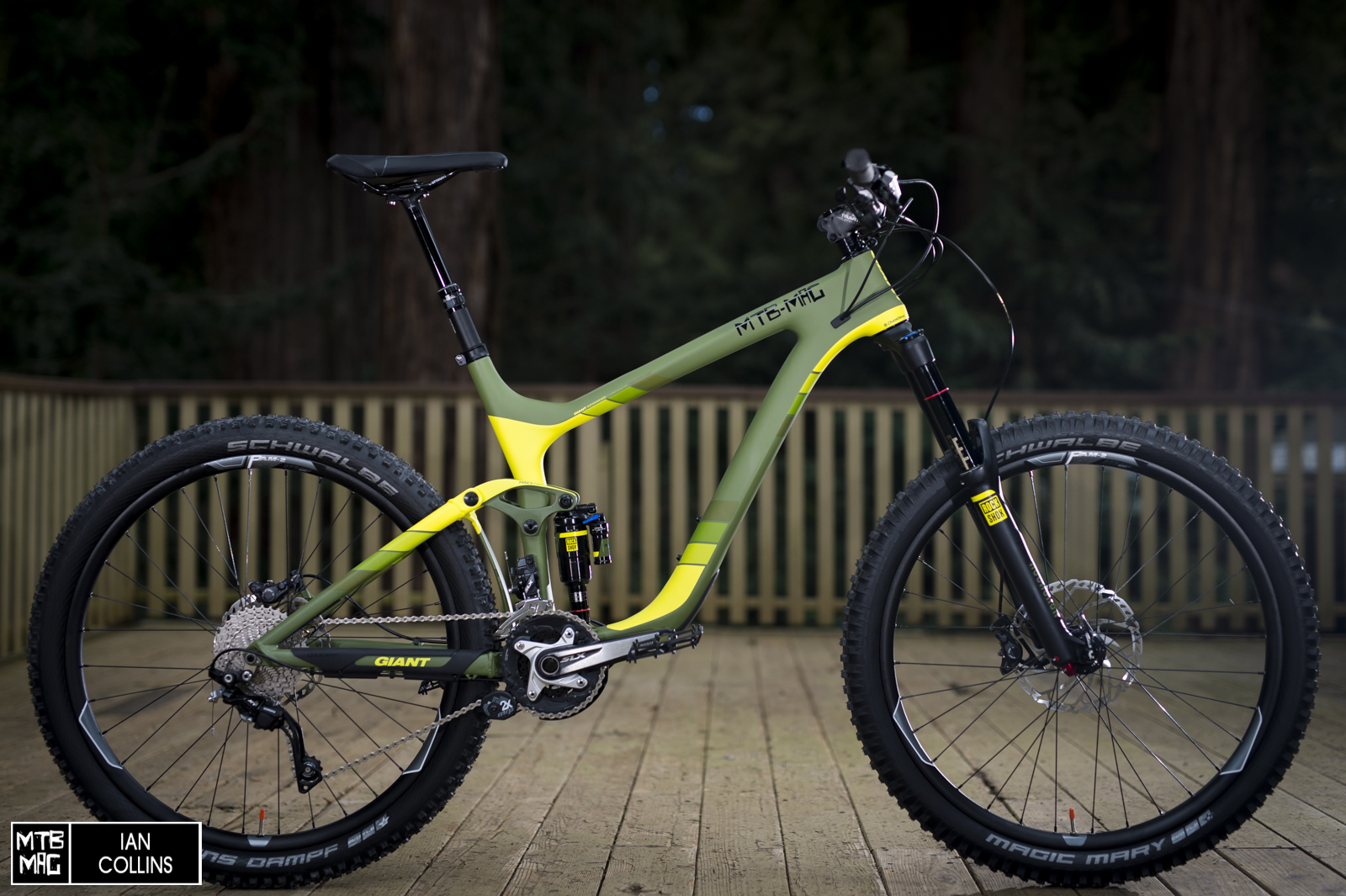 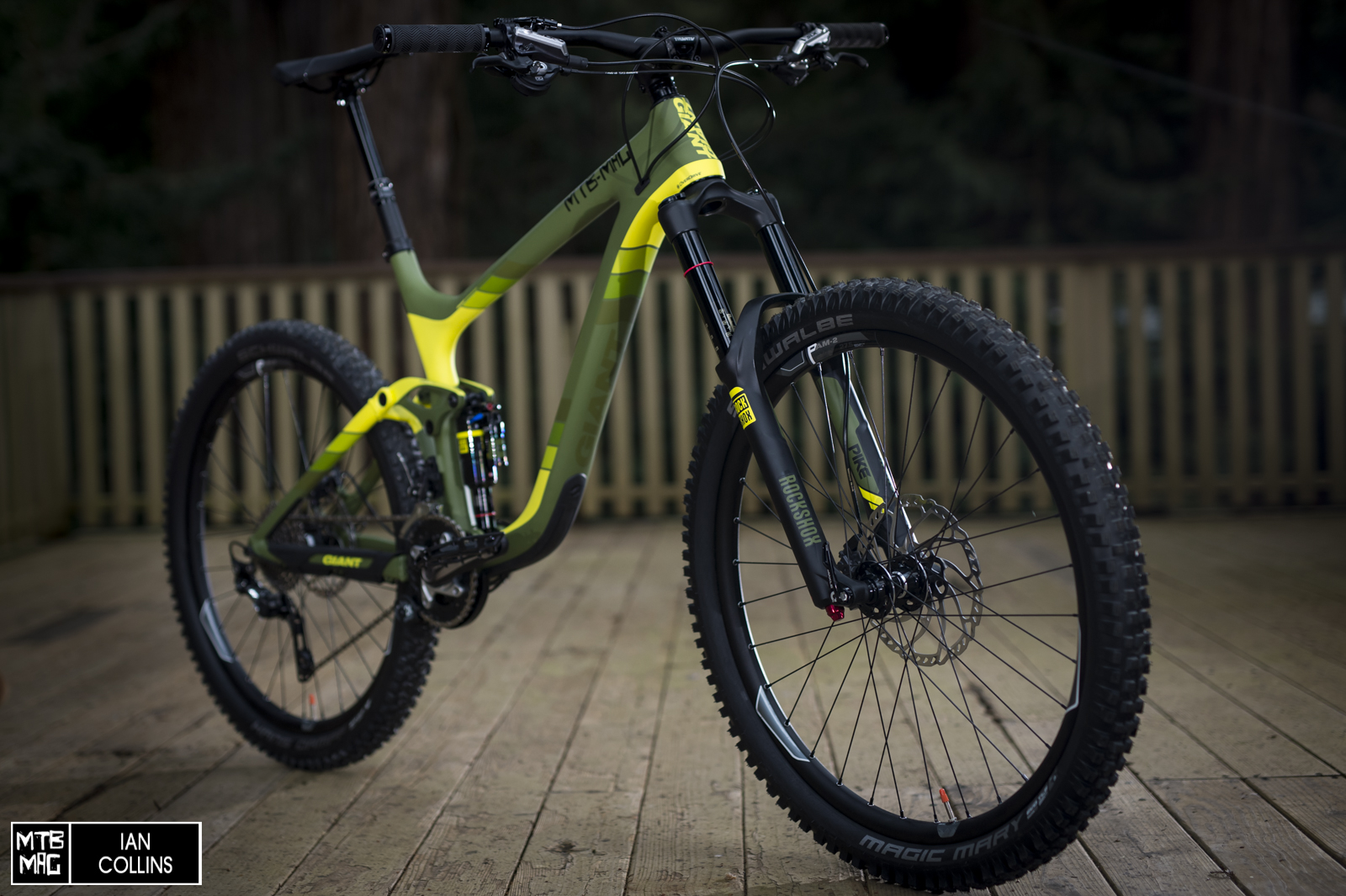 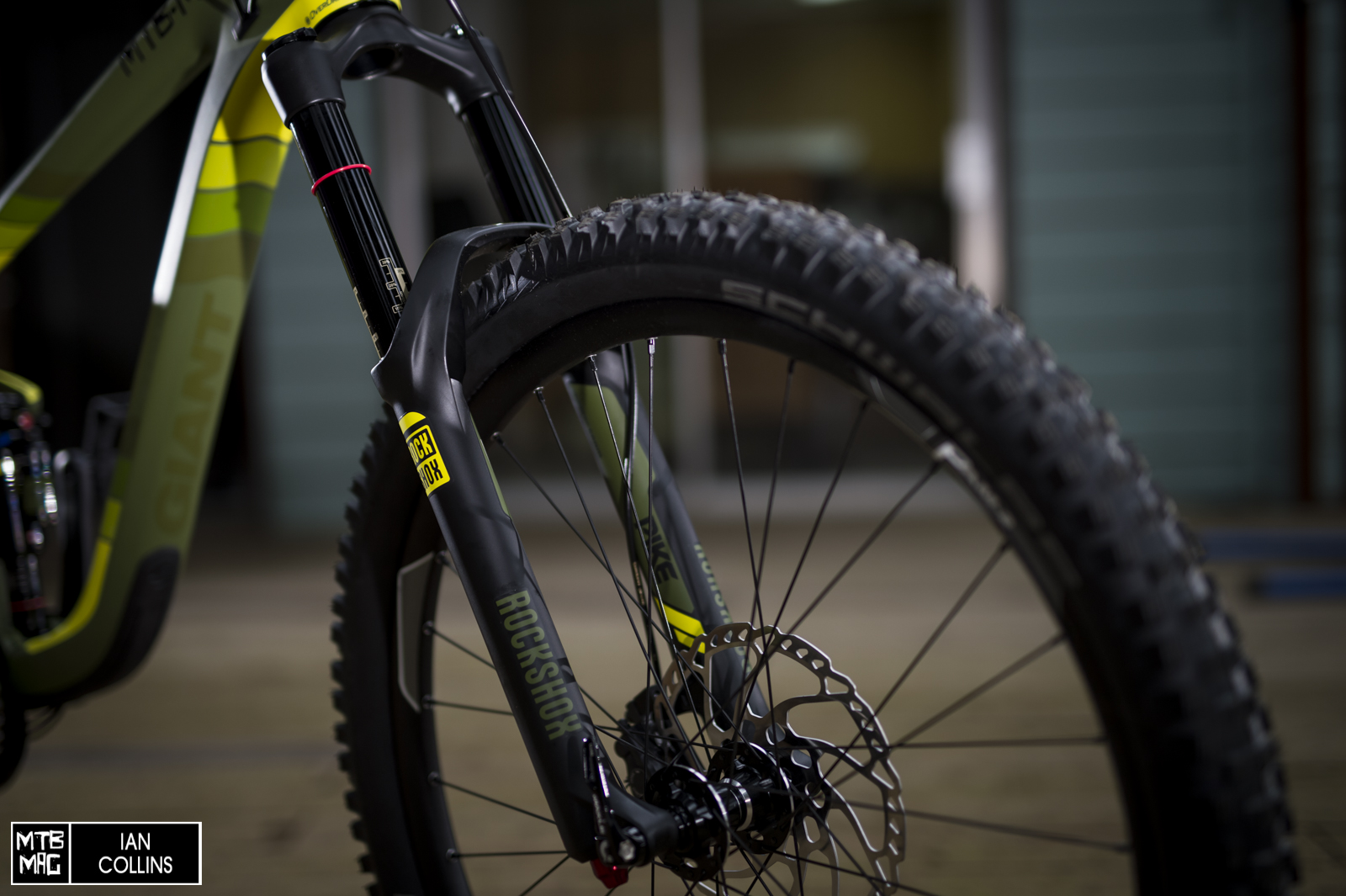 Giant spec’d every Reign with a Rock Shox Pike that features a custom 46mm offset. That’s +4mm from the standard 42mm offset for the 27.5″ Pike chassis. This added trail keeps the bike more agile. The 130/160mm travel adjust could come in handy for the long climbs. 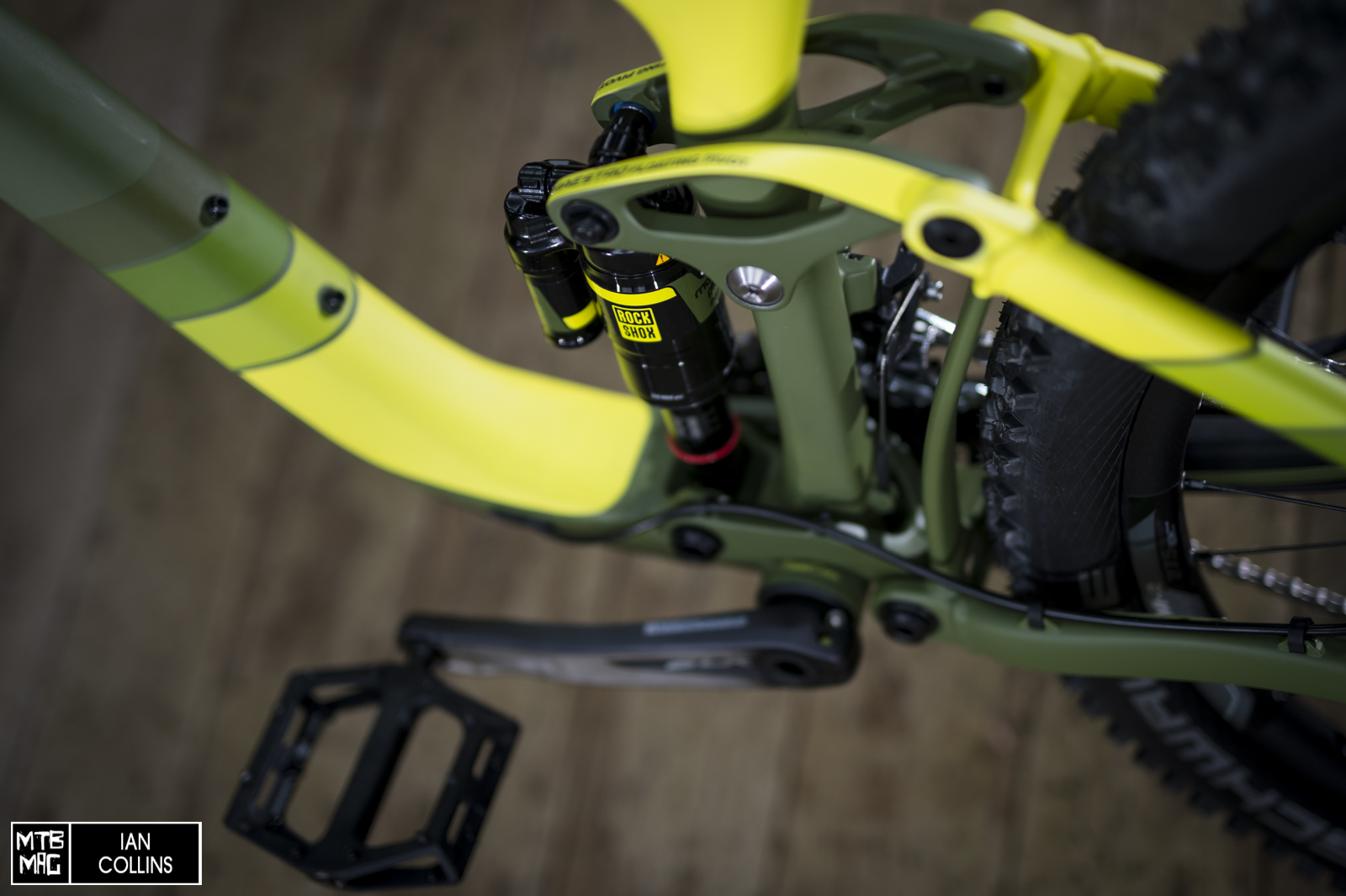 Giant’s Maestro suspension drives a Rock Shox Monarch Plus Debonair to provide 160mm of rear wheel travel. We’ll be spending some time dabbling with the volume reducers inside of the rear shock to fine tune the rear end’s feel. Although our Reign shipped with no reducers in the negative chamber, it’s possible to install up to four of them to fine to the progression of the air spring’s curve. 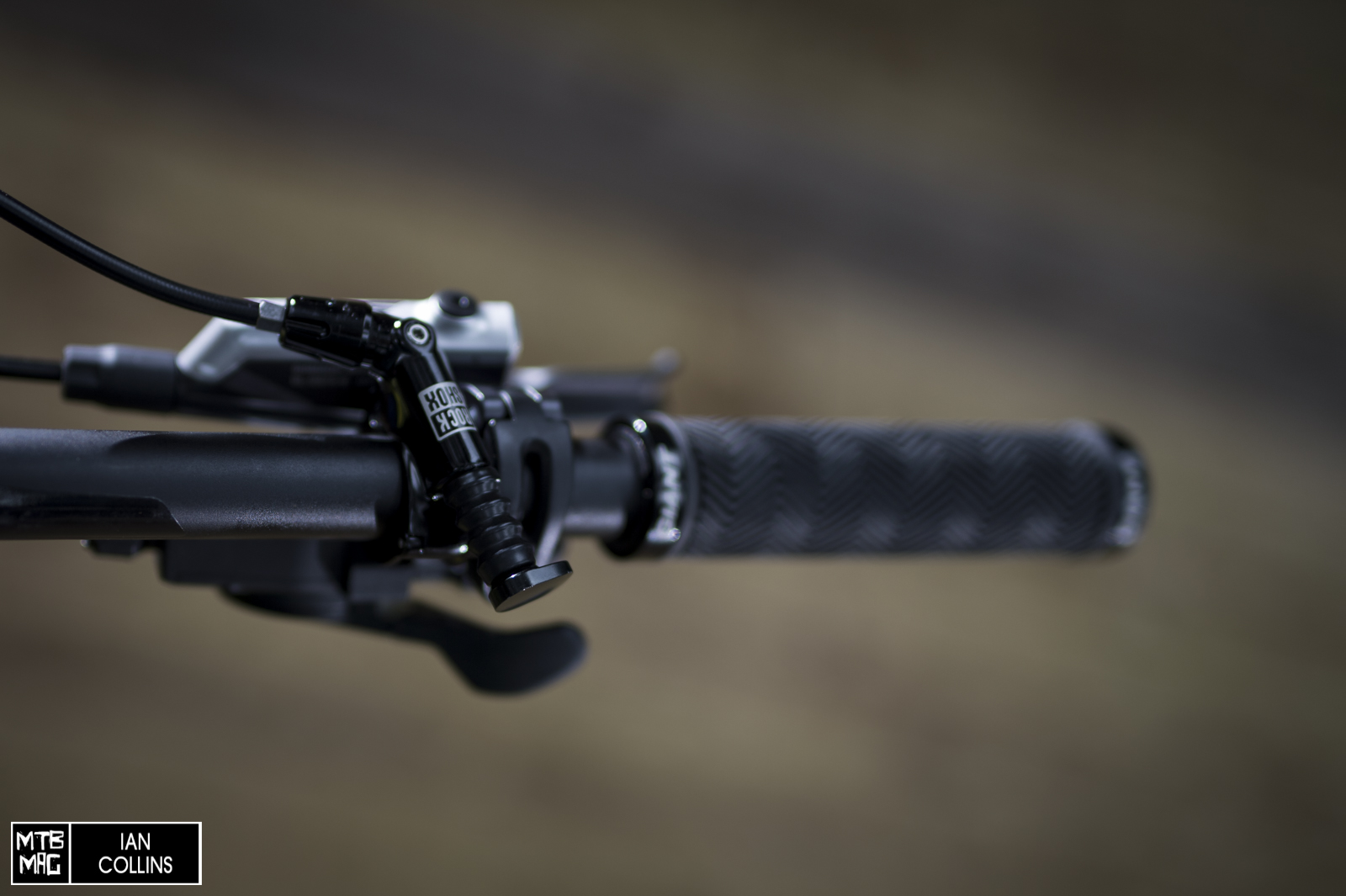 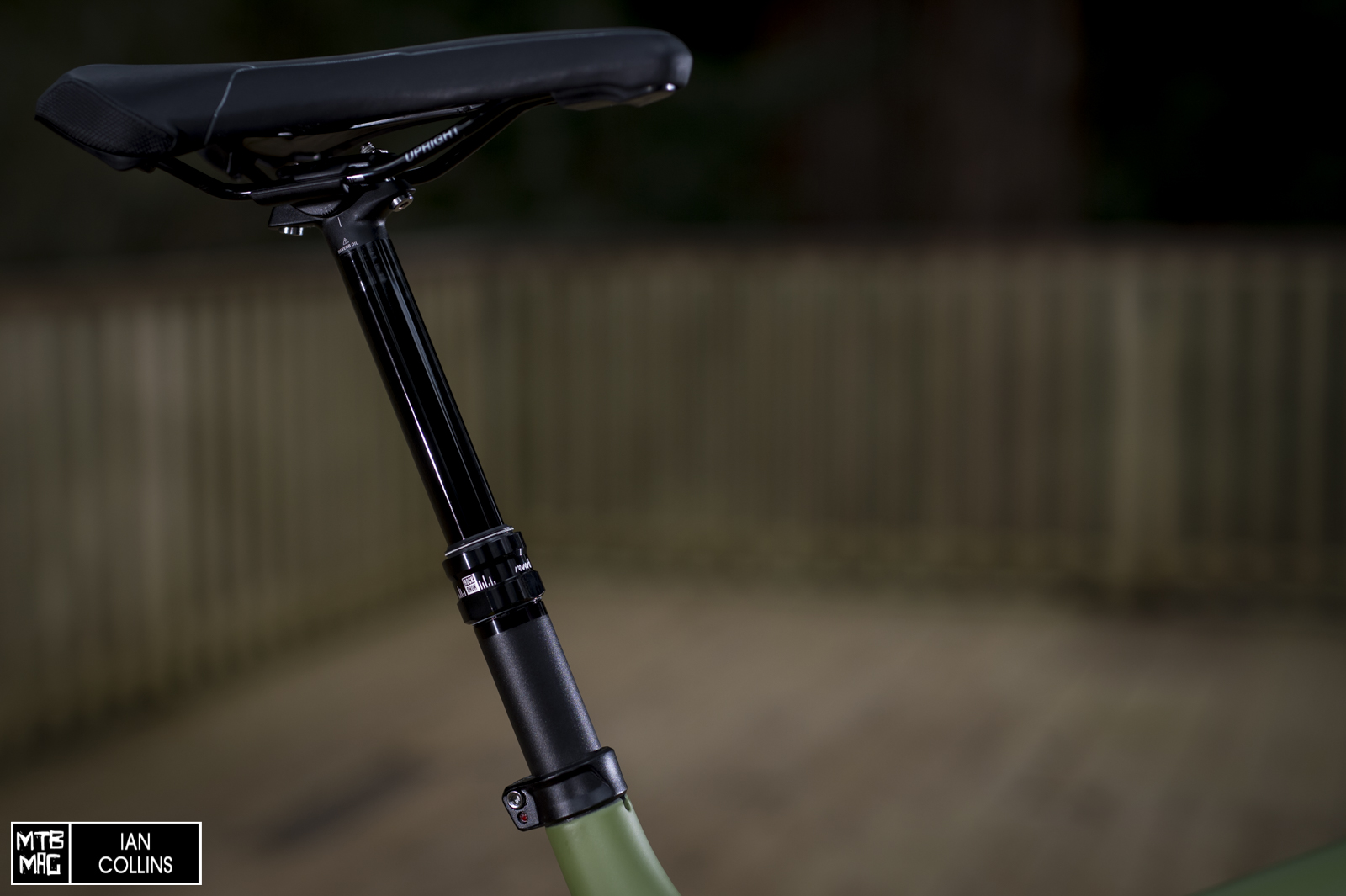 It was nice to see that even on the “budget” carbon model, Giant didn’t cut corners and spec’d a Rock Shox Reverb stealth post. Always a consistent performer. 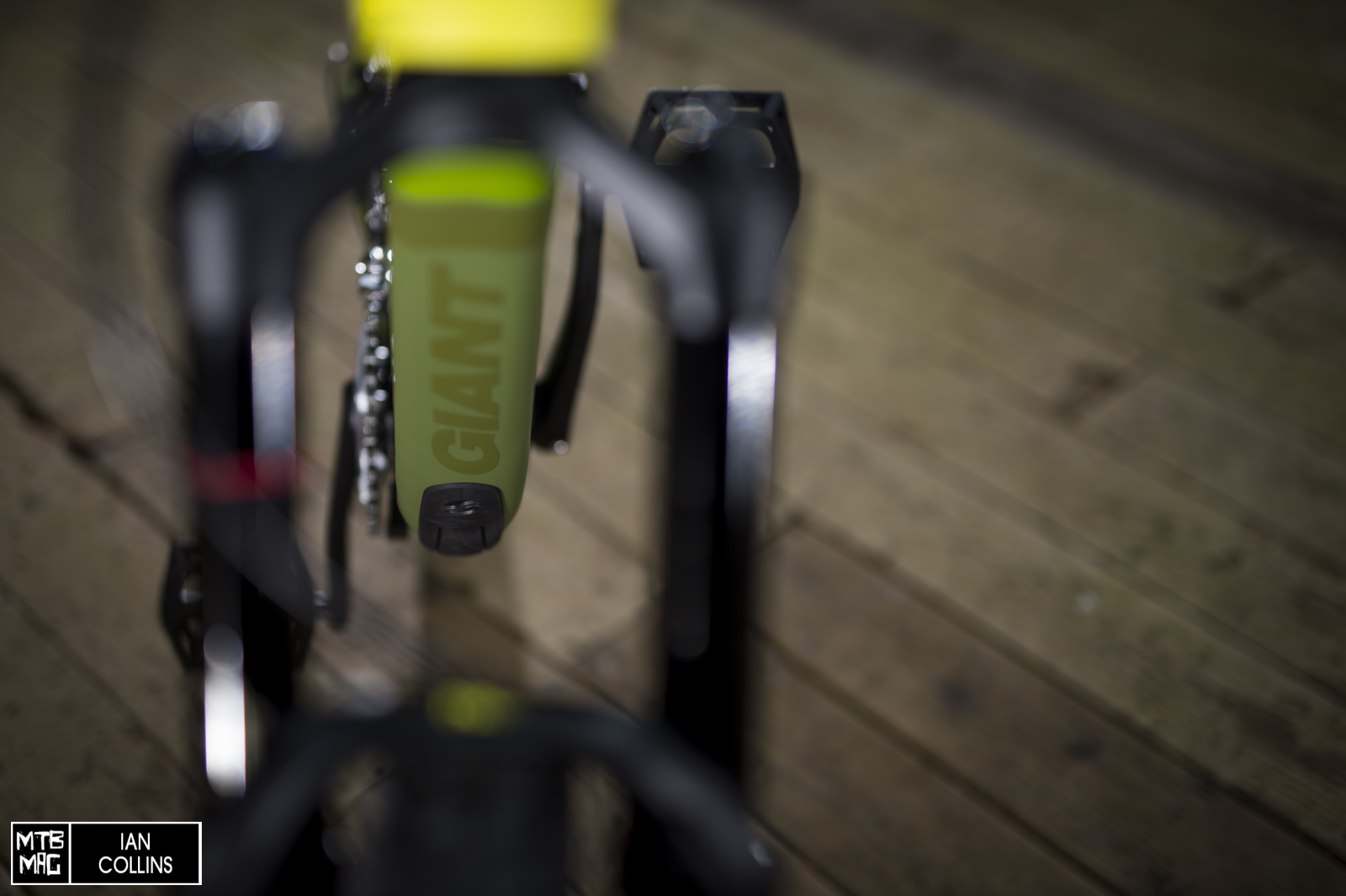 The Reign’s tube set is massive up front. We were stoked to see a downtube guard protecting all that fancy carbon from rocks flinging off the front wheel. 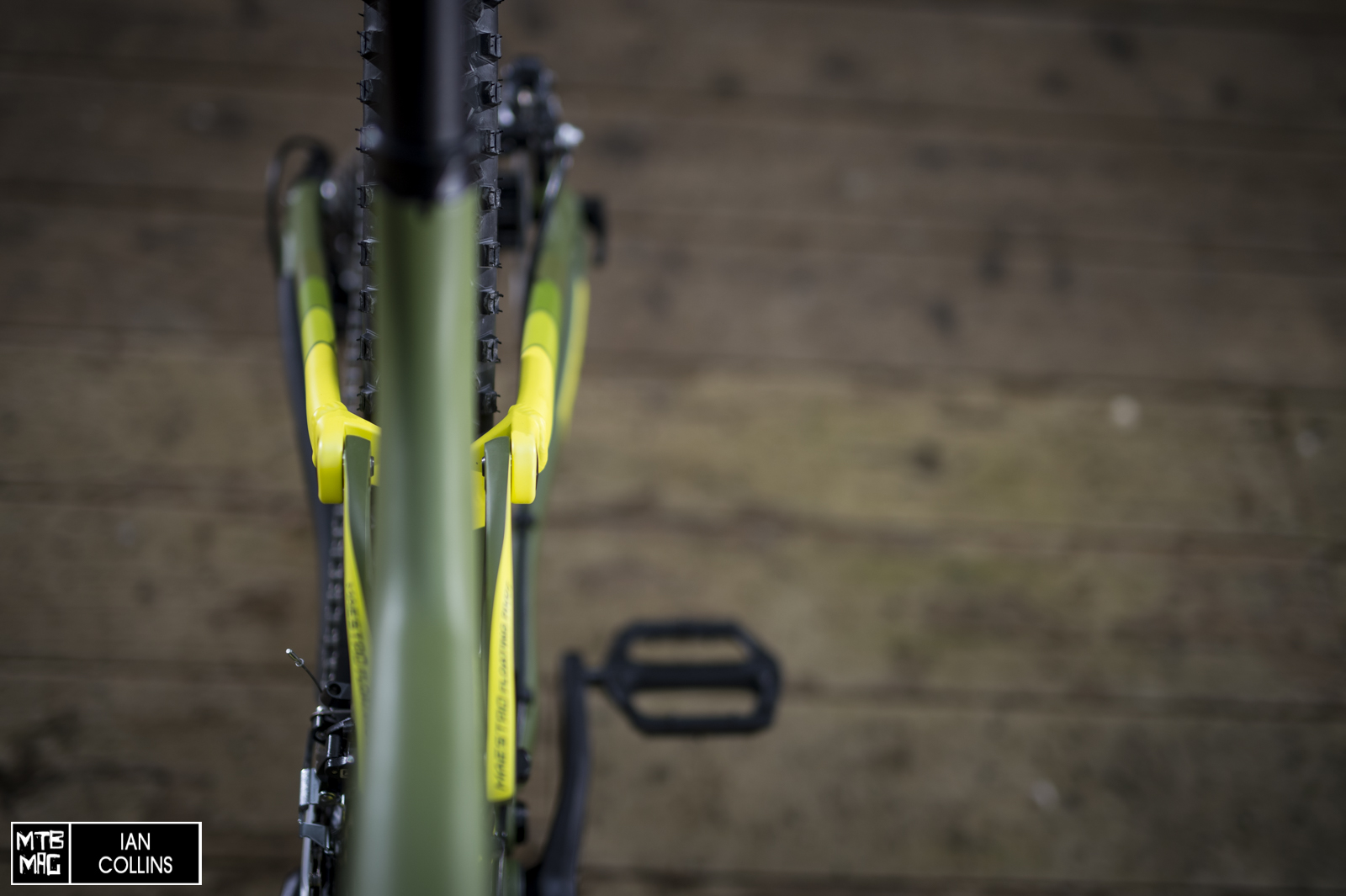 Out back – like many other manufacturer’s, Giant opted to utilize an aluminum rear end. While carbon fiber is all well and good, it isn’t always practical to apply it where a great deal of impact may occur(such as seat and chainstays)

To increase stiffness and optimize clearance, most of the rear end and linkage is asymmetrical. Plenty of tire clearance back here as well. 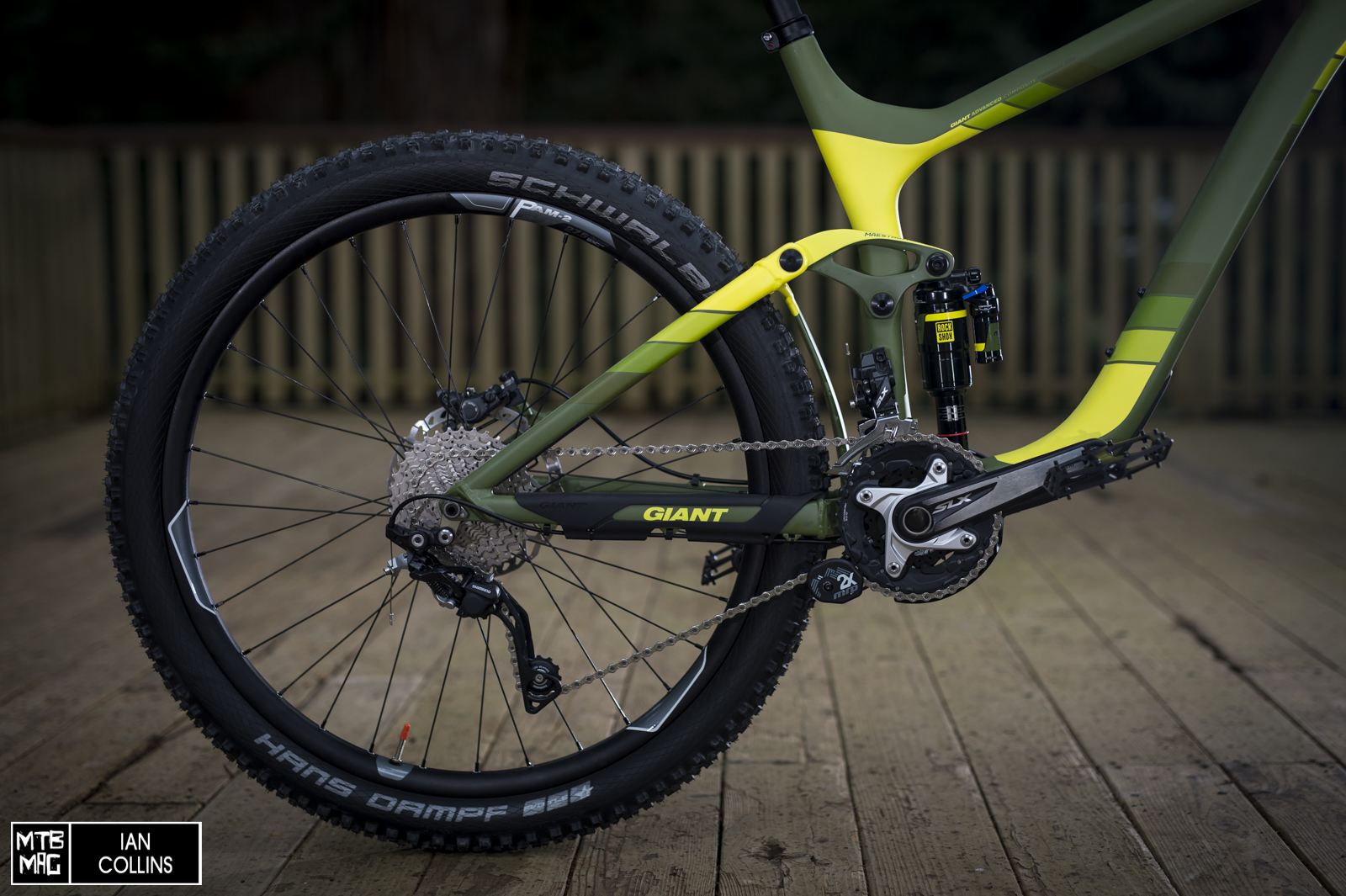 We were pleasantly surprised to see that Giant spec’d a DT Swiss 350 rear hub on this bike. While they opted to use Giant house brand rims and a front hub, they make upgrades to a 1X SRAM system much easier for consumer. It’s super easy to buy an XD driver for any DT Swiss hub and swap over. Well played. Magic Mary/Hans Dampf combination with the snakeskin casing. Beefy enough for when things get rowdy, but light enough to prevent the ascents from being too torturous. Last – but not least, Giant’s house brand lock on grips are actually quite killer. If you haven’t tried them, you should give them a squeeze.

Thanks for checking this feature out, we’ll keep you updated with our initial impressions soon. See you out on the trails.

No Italian Superenduro Series in 2015