At Mountain Bike Connection Winter last week in Massa Marittima Marin, a Californian MTB brand of presented their new aggressive all mountain model – the Mount Vision. The bike is derived from their enduro model, the Wolf Ridge. It’s from that bike that  it inherited the R3ACT 2Play suspension system. Matthew Cipes, Marin’s product manager, shows us the main features with a very real enthusiasm for this new model. 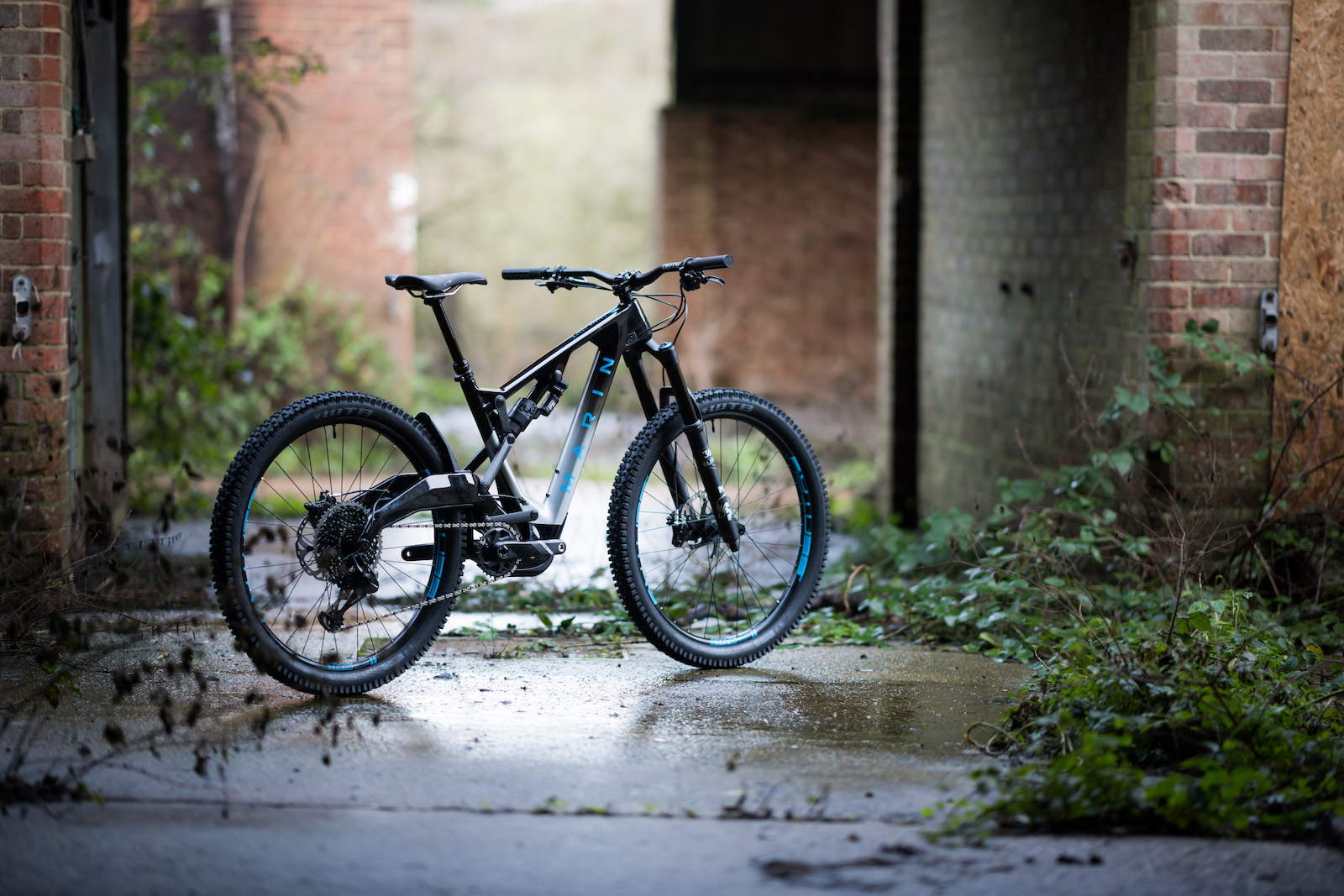 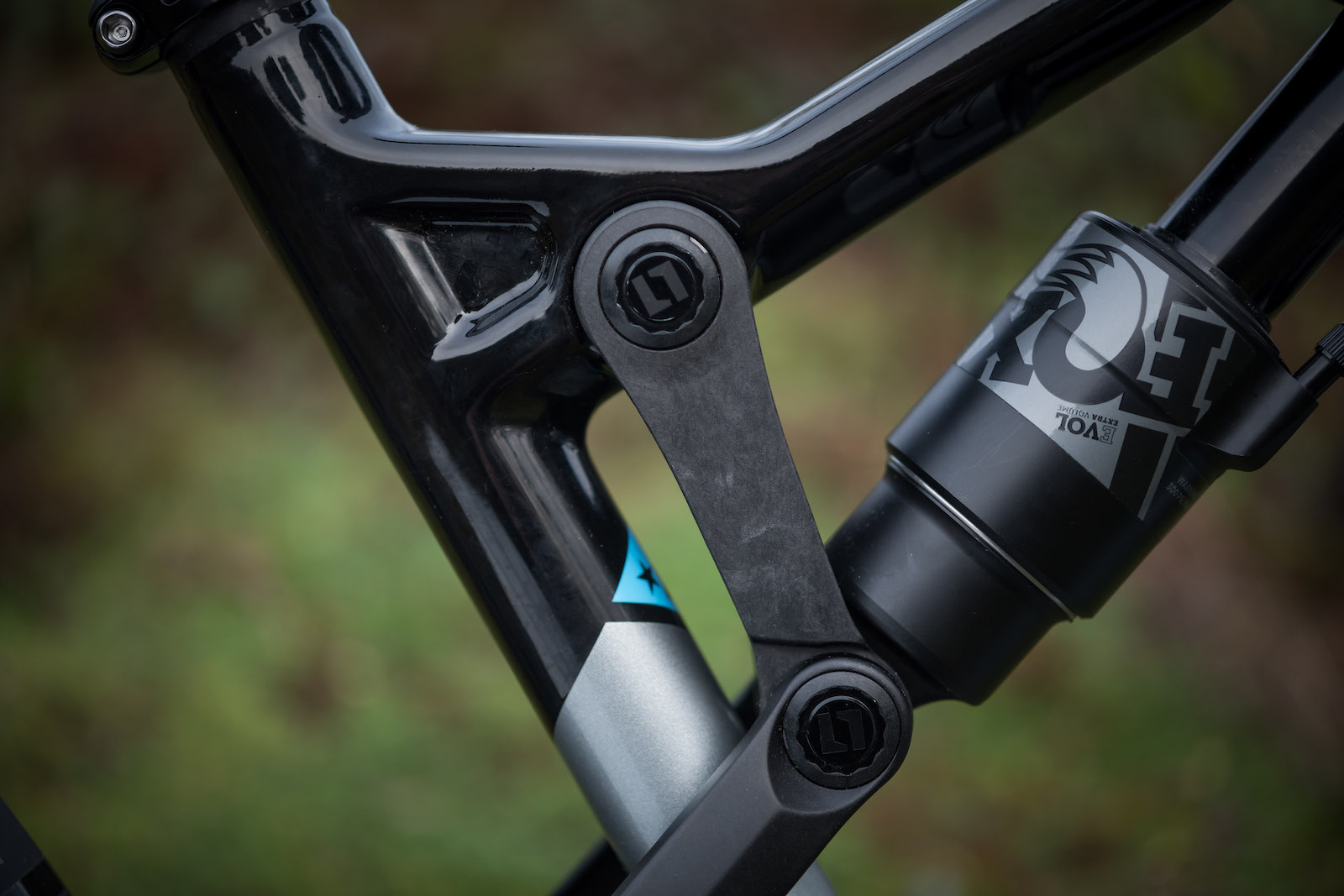 The Naild R3ACT 2Play kinematics combines a linkage suspension to a piston system that works like a sled, moving the instant center of the suspension to optimize the anti-squat, modifying the length of the swingarm along its travel so as to vary its position compared to the forces exerted by the drivetrain. In this way it is possible to minimize the interaction between drivetrain and kinematics, reducing pedal kickback and any movement of the suspension during pedaling, even when the shock damping is fully open, while at the same time maintaining shock absorption. 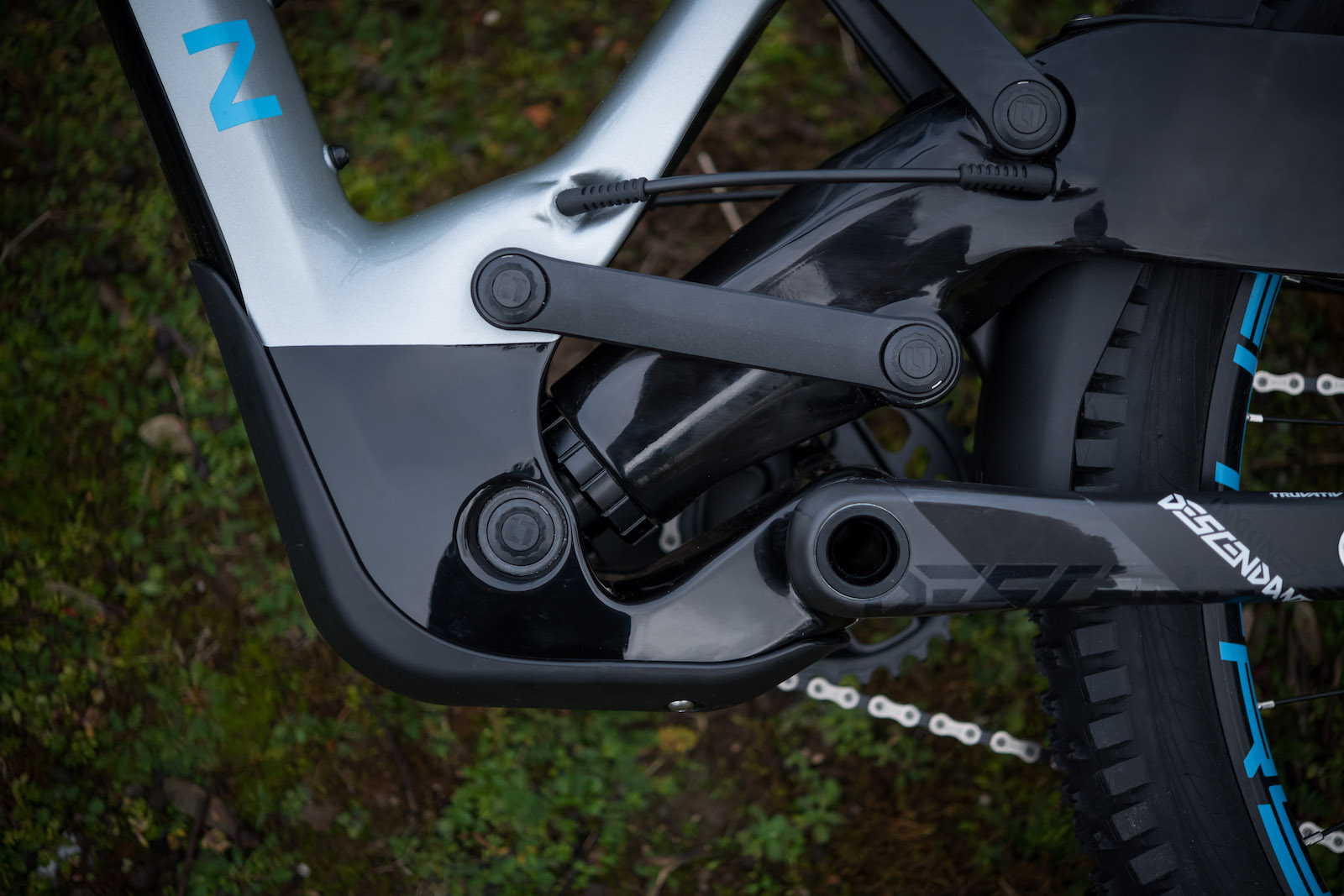 The piston of the R3ACT system has no hydraulic or pneumatic cartridge inside. It is simply a piston that runs inside a cylinder fitted with a bushing and a dust seal that keeps it sealed and clean, preventing the intrusion of water and dirt inside it. 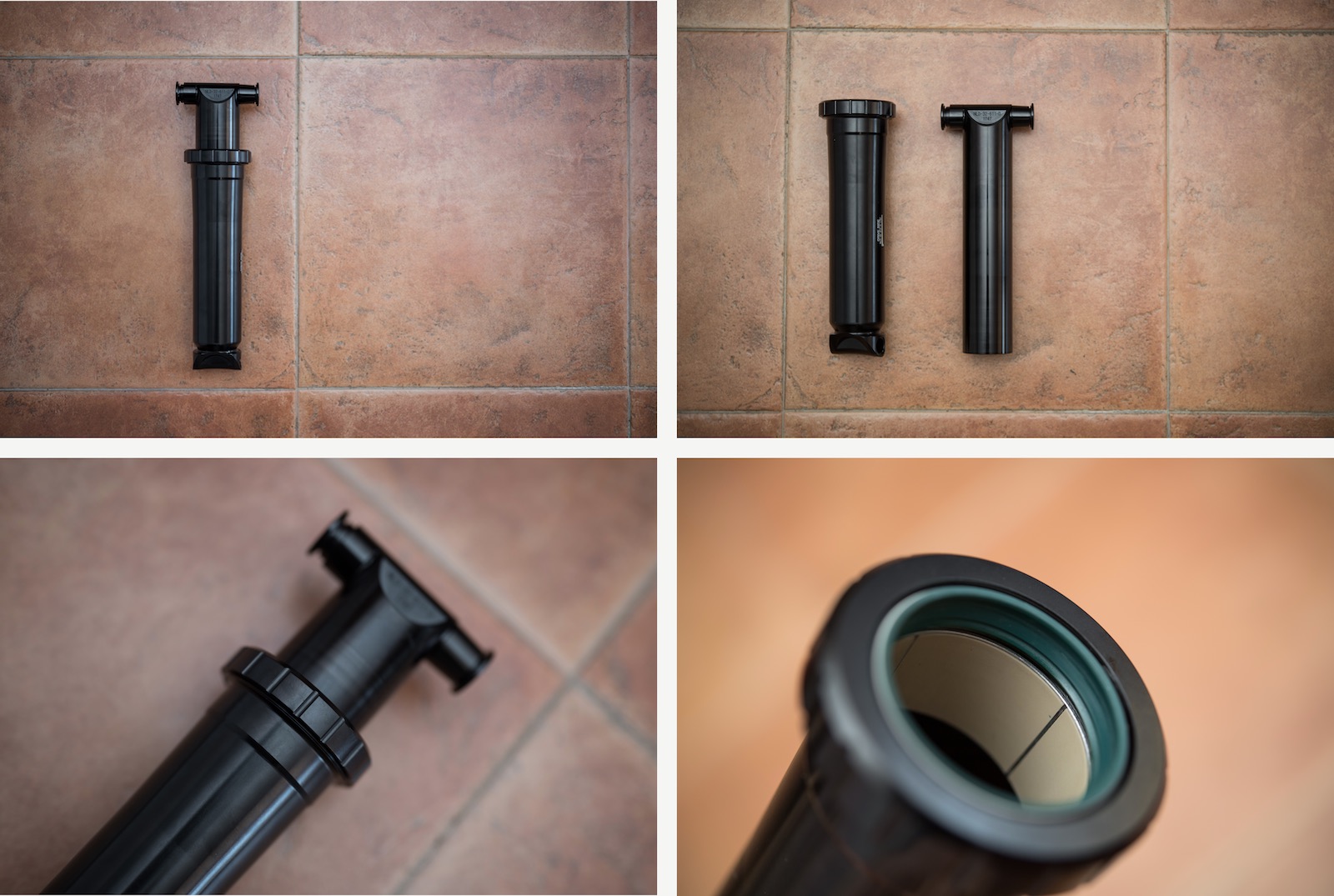 The lower part of the down tube, in front of the bottom bracket houses the large piston of the R3ACT 2Play system. It’s protected by a robust nylon shell that’s reinforced with fiberglass. 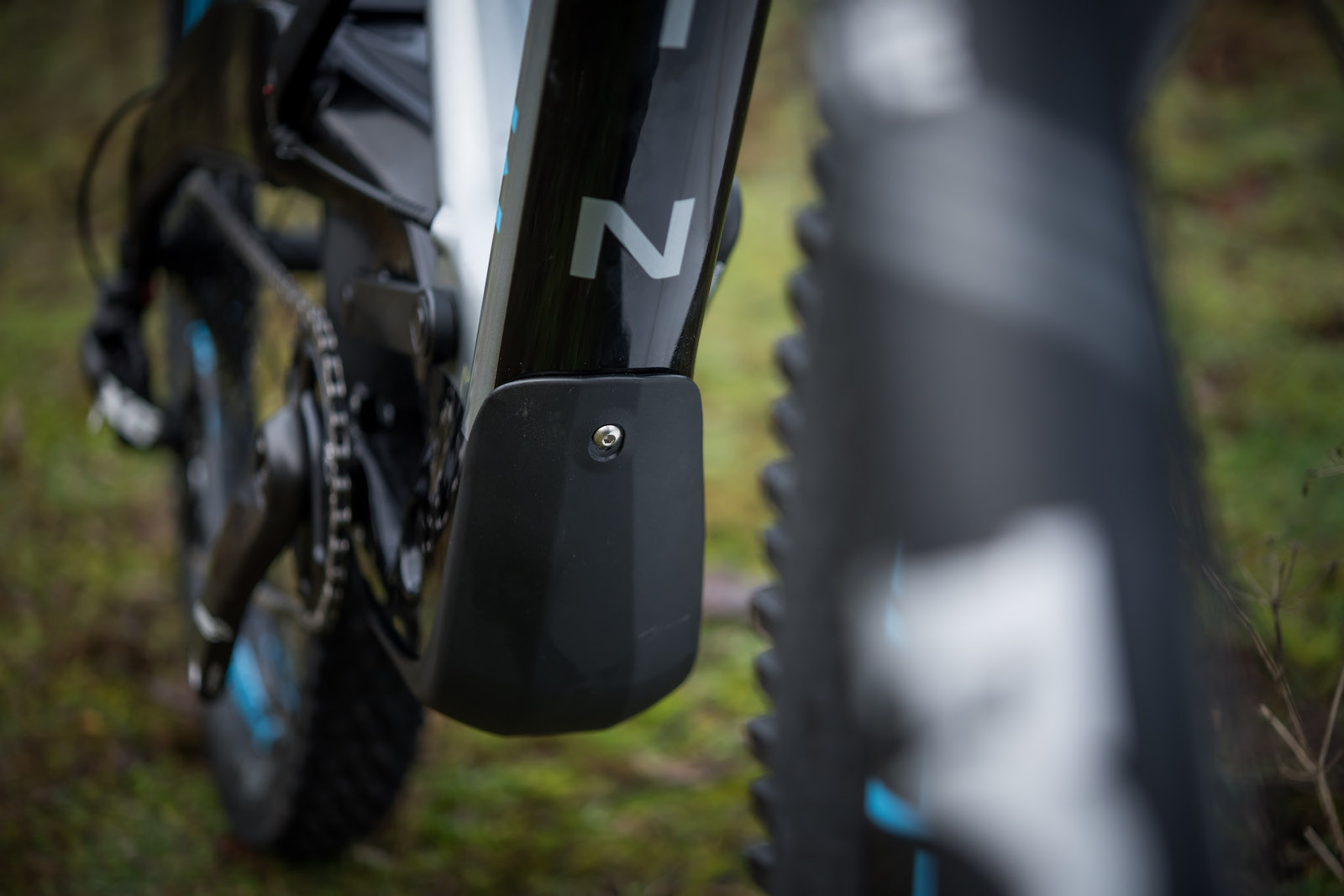 The rear end is equipped with a large-sized plastic fender covering both above and below the rear end, protecting the entire seat tube from the collar to the bottom bracket, while also keeping the suspension system from getting blasted as well. 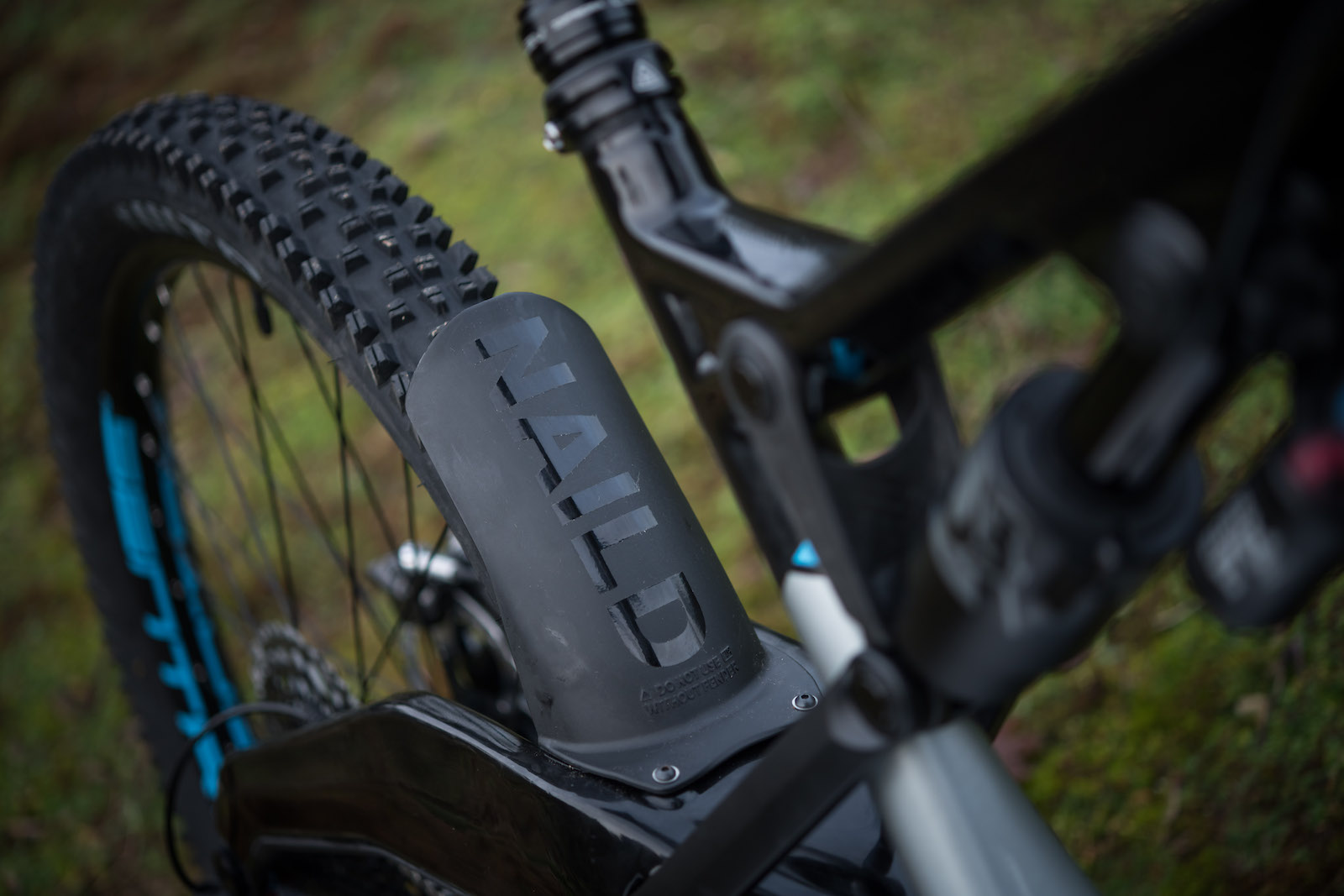 The cable routing is entirely inside the frame and the points of entry and exit are protected by hard rubber connectors that seal things off and guide the cables for a clean and functional routing. 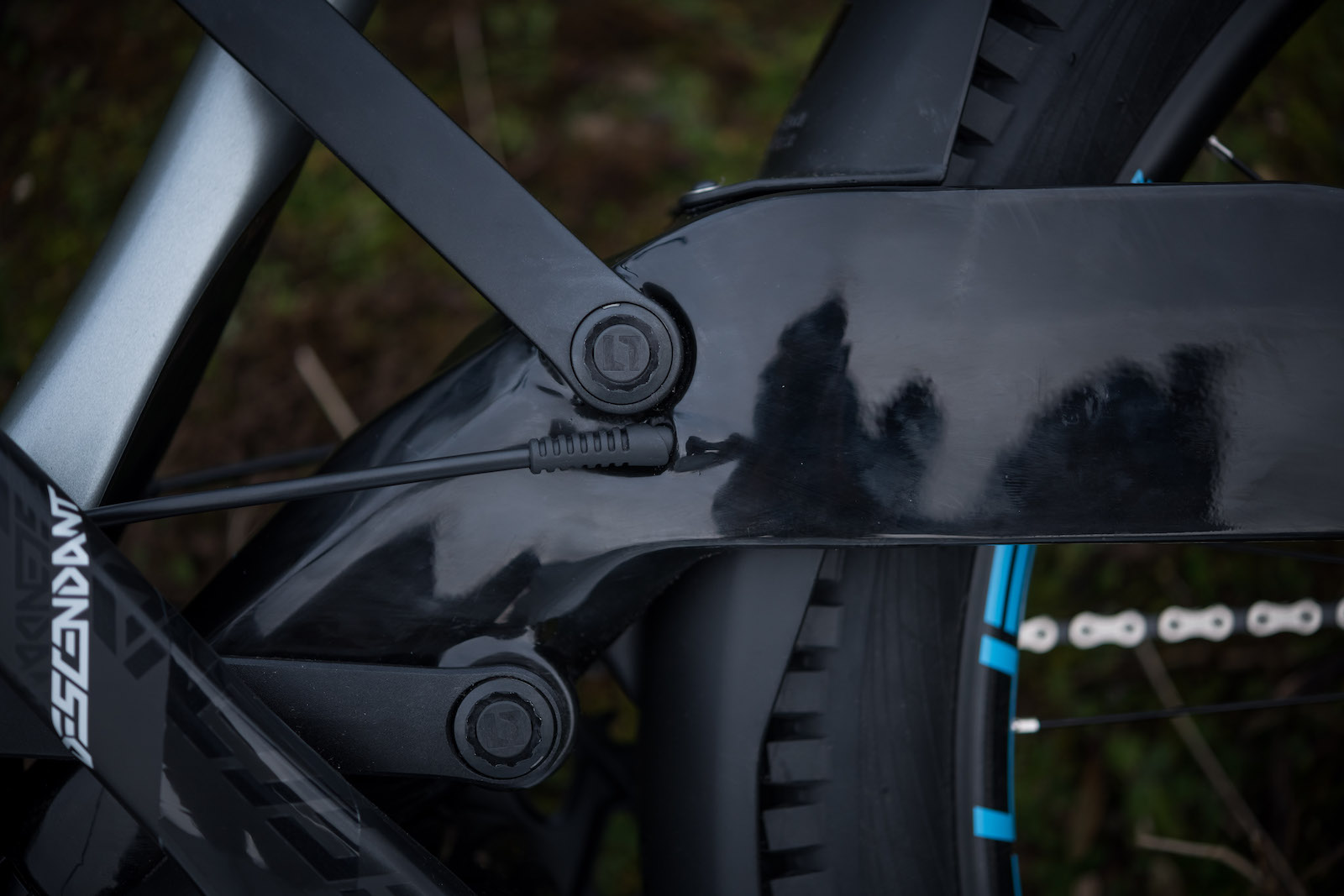 The frame in size S and size M offers plenty of space for a bottle cage, while the sizes L and XL have two supports for the bottle holder consecutive on the down tube, to choose the most ideal position between the two or to mount two bottles for the longer days, or a water bottle and one of the many new-generation tool holders that use the same two-screw connection. Since it was presented, the Naild R3ACT system has always aroused a fair amount of curiosity, as it is a very different system from the various interpretations of the traditional kinematics that we currently find on the market. The R3ACT system in fact represents the only truly new breakthrough for the last several years in suspension for MTB. It is a fundamentally new solution that in fact is not a reinterpretation of a pre-existing system, so I think it will be worth further testing following this first ride.

You do not need to get on Mount Vision to be surprised at how slack the seat angle is stretched, you can see it at first glance. To have an adequate saddle position I had to completely slam the saddle forward and sincerely, if I had space, I would have moved it even further still. Too bad because otherwise, in general the geometry is well thought out, aggressive and balanced. The R3ACT suspension is remarkably stable on climbs;  it’s worth pointing out that Marin has specifically chosen to mount shocks  without a lockout or a 2 Position lever, due to the stability of the Naild system. Another odd choice spec wise however, especially for a bike that is made to be mostly pedaled, are the oversized tires in terms of volume and weight.

The rather high anti-squat value involves an extension of the suspension which creates greater stability for the kinematics when pedaling seated but when you pedal standing on the bike, the stability is lost, and for this reason, in these situations, a lock-out or a lever to close the compression damping of the shock would surely have helped. Among other things, consider the super slack seat angle, if the terrain becomes even vaguely technical, you have to get out of the saddle. Under such conditions, the suspension which tends to extend ensures greater traction and a more aggressive geometry for climbing, however for the same reason the suspension extending often risks slipping the rear tire due to lost traction.

If the uphill test left several doubts, the downhill test was instead a pleasant surprise with a really unexpected behavior from the Mount Vision. Contrary to its somewhat clumsy appearance, the geometry, as anticipated, is aggressive and balanced so you can fully enjoy a bike that, although it is not amongst the fastest that we’ve tested, is certainly among the most manageable, fun and intuitive … a real toy! The R3ACT system increases the share of chainstay while the suspension sinks, starting from a very short (420mm) to reach 435mm in the sag area and even longer figures along the rest of the travel. The bike allows for very agile and precise cornering, followed by noticeable stability during cornering, with an increasing the footprint. The same happens in compressions. Among other things, it allows you to corner quite hard, always offering excellent grip. This helps the tires (however oversized and bulky they are in relation to the intended use of the bike) maintain incredible traction. In addition, the suspension is very responsive but at the same time is far from nervous, so it offers a dynamic and fun ride even in the most technical terrain. The 8 and 9 versions of the Marin Mount Vision are available from now, while the Pro set-up will arrive on the market at the end of spring.