After a very eventful few days leading up until finals, this year’s Red Bull Rampage went down in wilder than usual fashion – which is saying something considering it is unquestionably the heaviest event in mountain biking. With clear skies, nice weather and a consistent (read: not gusty) breeze the athletes once again pushed the limit of the sport. After crashing on a 360 nac on a step up jump toward the upper middle portion of his line, last years winner Brandon Semenuk went from going last in run one straight to going first in run two. He would clean things up nicely and put down a truly historic run which makes him the first back to back champion as well as the first athlete to take four total wins. If you’ve ever been to Rampage, you likely know that Dale Womack is the one of the nicest guys you’ll ever meet. That said, you don’t want to piss him off. Womack keeps an incredibly watchful eye on the athletes and is very much in touch with weather patterns, and course conditions. Widely trusted and revered by the riders for intel on the hill, he is an absolute gem and a mainstay of the event. After having a rather horrendous crash on this exact same flat drop flip on Thursday and bruising his lung, Cam Zink strapped up and returned for finals. He absolutely nailed the massive flip on both runs. His first run saw him casing a jump and riding it out, while his second run was much better, albeit a bit wild. Cam – who is no stranger to the top of the finish list – would finish out in 4th. 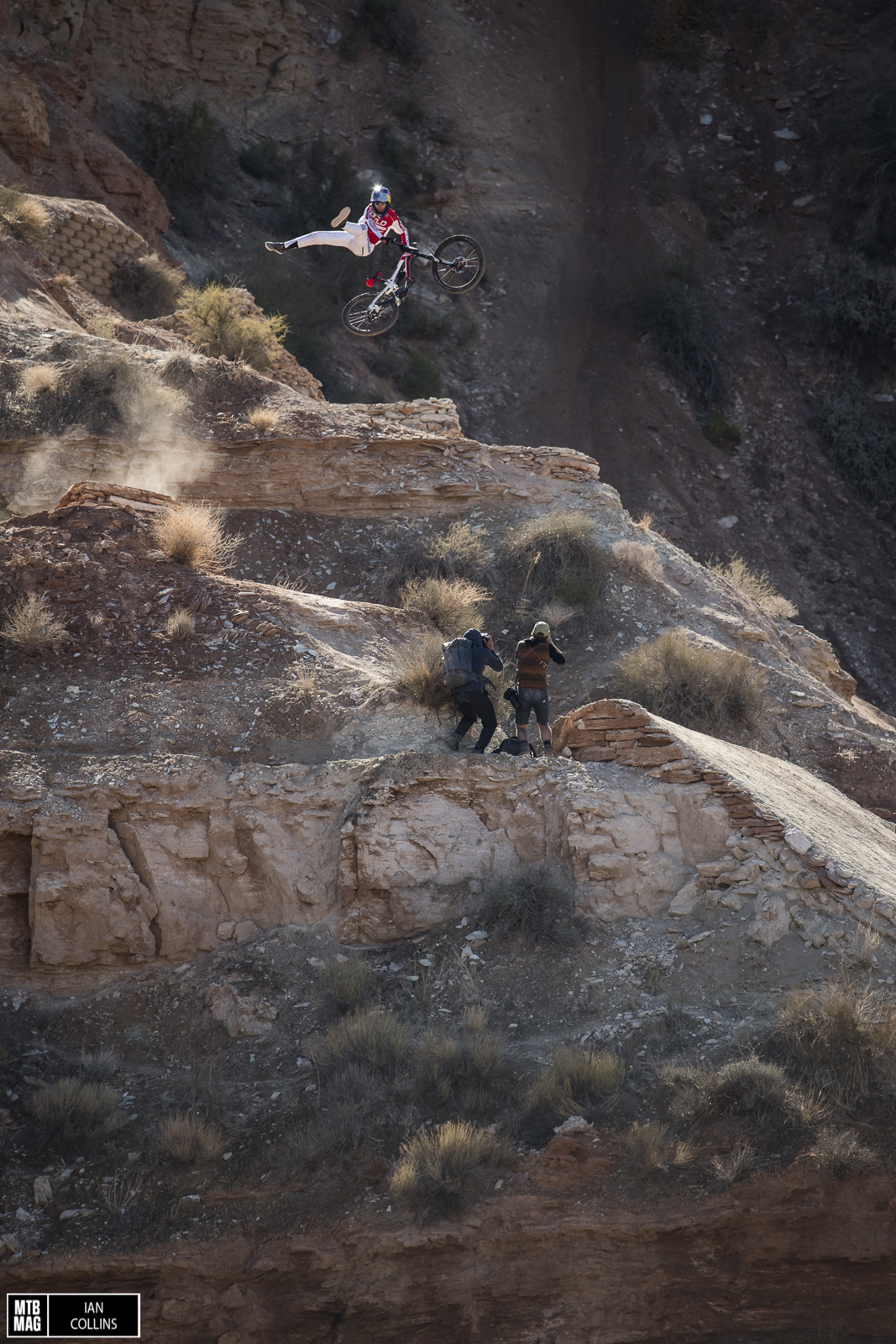 Rampage newcomer and local Jaxson Riddle dropped in after Cam and wowed the crowd with his moto inspired style. He flatted his first run, the completed his second nicely but went on to finish low on the list. Runs without any major flips and/or spins generally don’t fare quite as well with the judges. 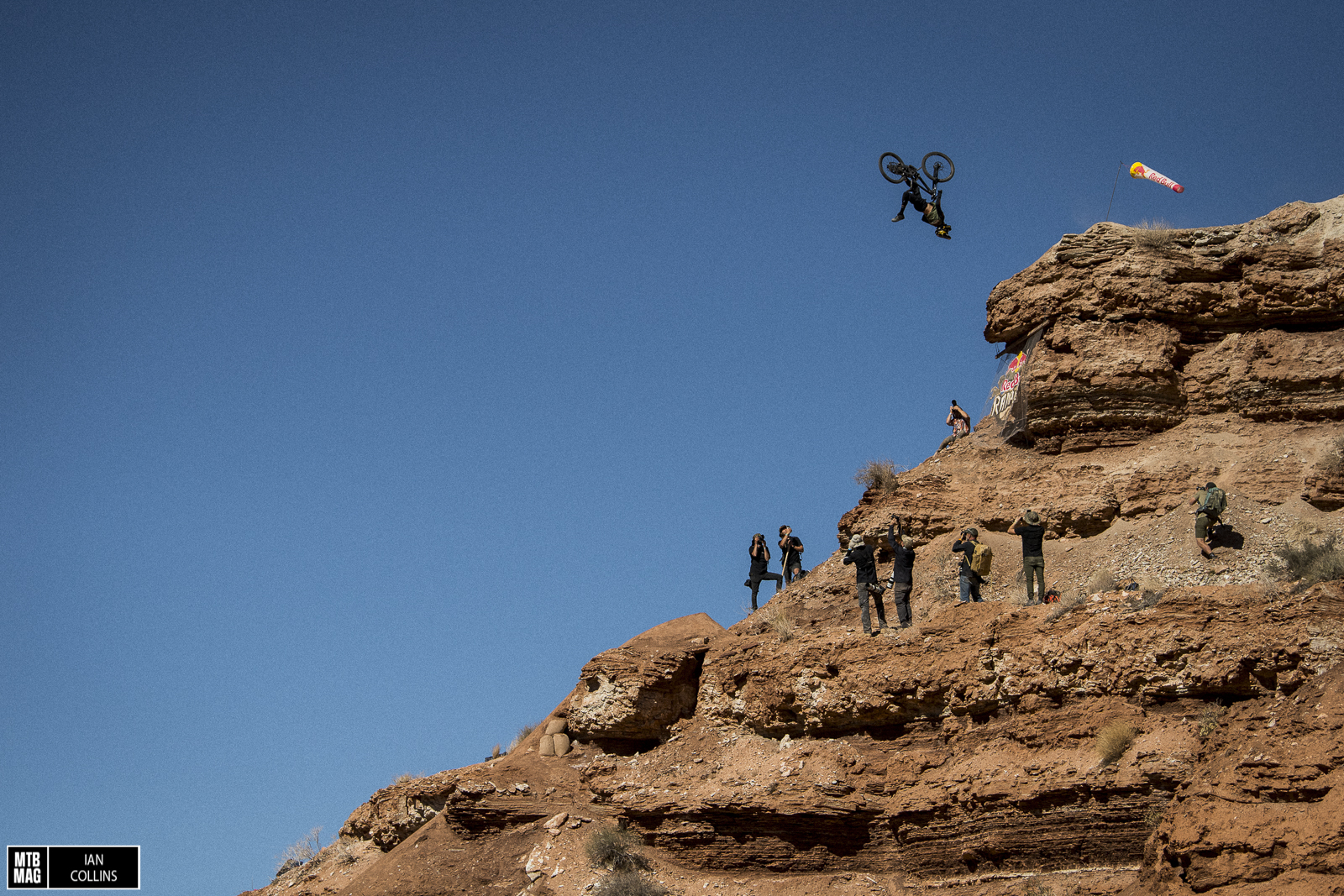 Three time winner Kurt Sorge put down an amazing first run and an even better second one. He stormed to the finish going huge on every feature. For his second run, Kurt added a nac to this backflip and squeeked out a few more points from the judges. In his first run he flatted and managed to ride it out like a boss. Notice his tire insert wrapped around his wheel. 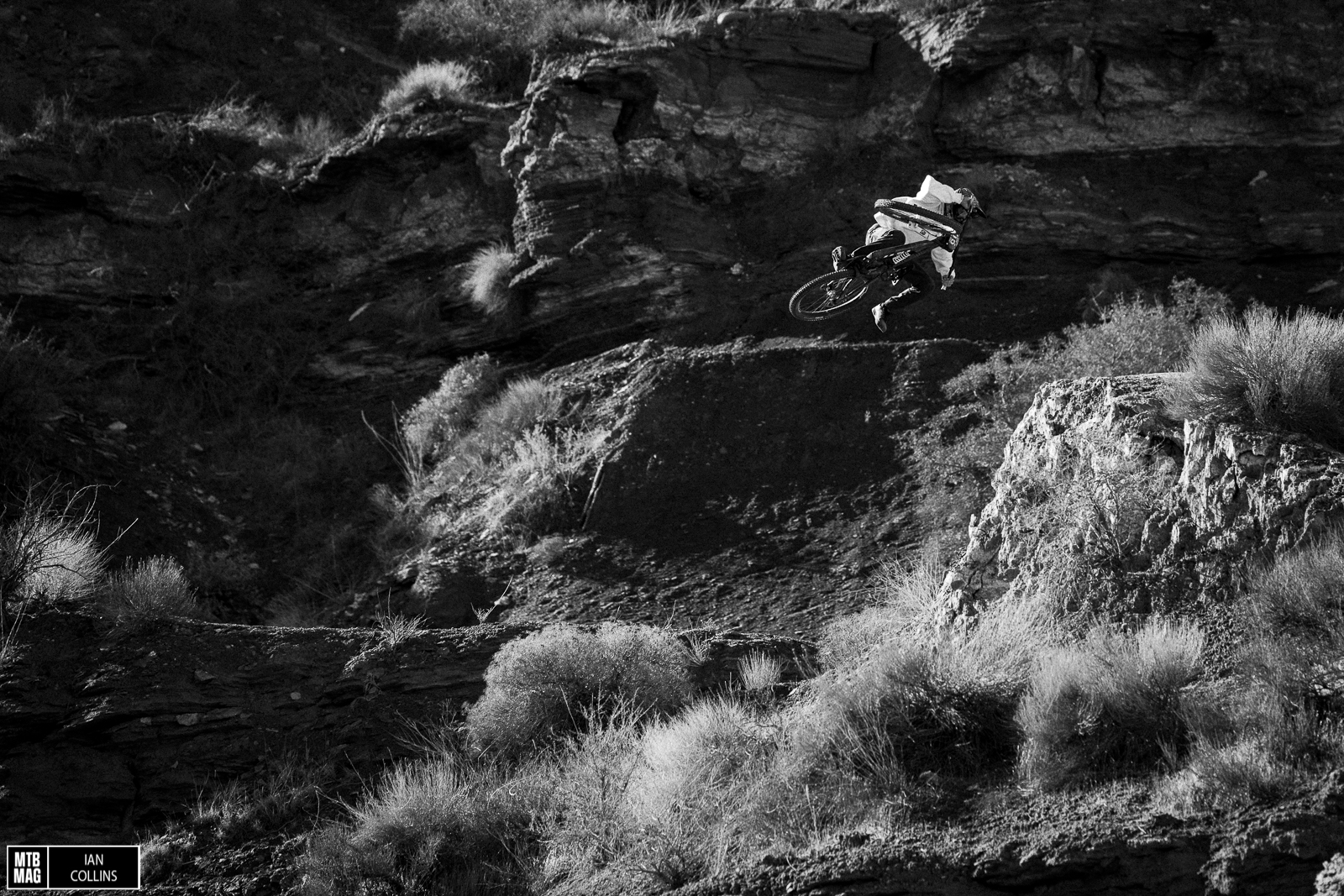 On his second run, he threw a tube in, rode even more aggressively and stomped his run. That landed him in third place achieving a lifelong goal of a Rampage podium. 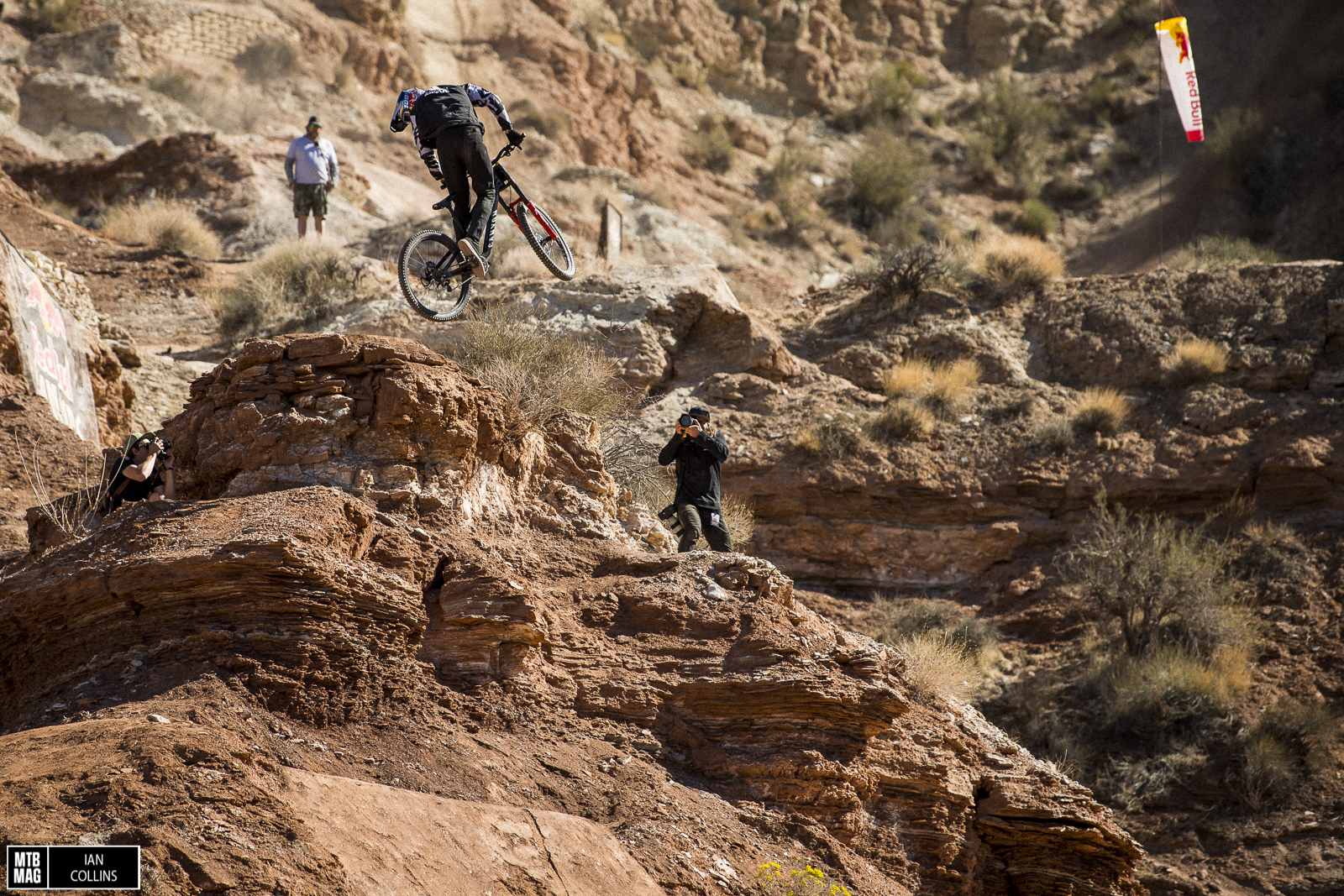 Tommy G is always a treat to watch – truly a rider’s rider. He shared a double drop with Semenuk, spun back to back drops going regular and opposite in typical fashion. He put down solid runs both times and wound up in 7th. 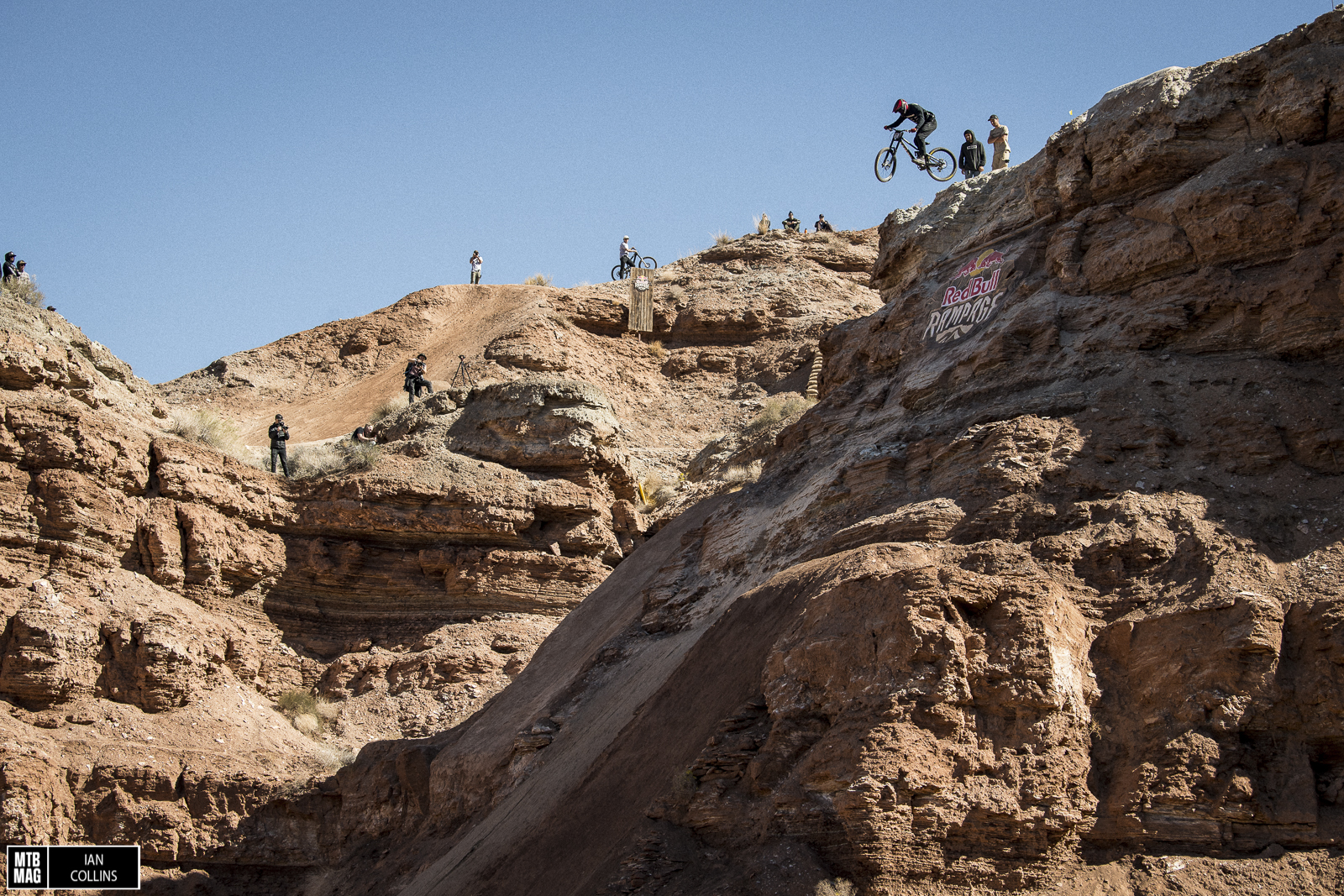 Vinny T had a surprisingly rough day in the office. His run started out amazingly well… Unfortunately, he came up just a hair short on this drop and tagged his back wheel on the rock wall butted up against the transition. He would go over the bars in a brutal way and end up pulling out. I spotted Vinny on the hill later in the day, and word is that he is alright. 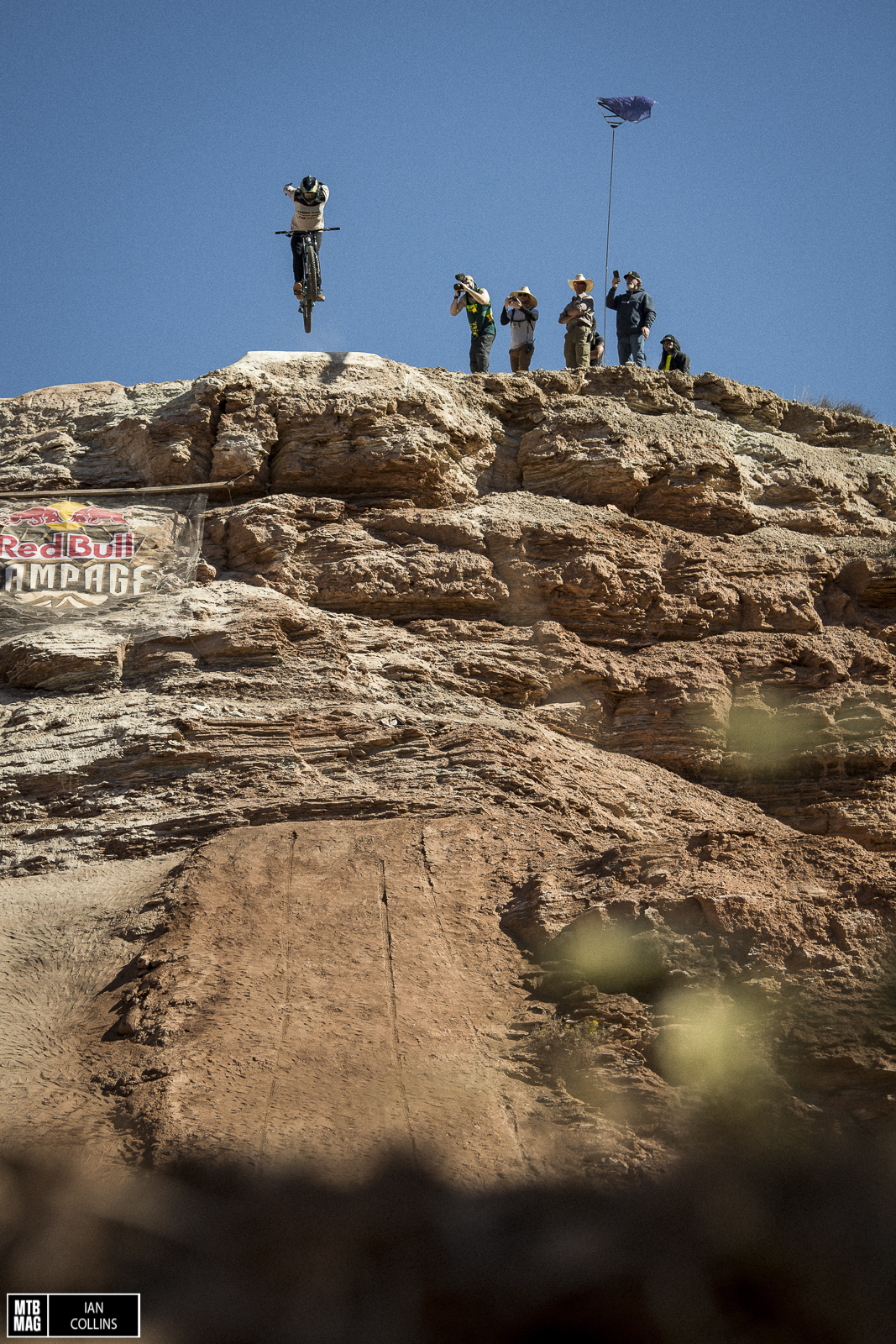 Kyle Strait had great runs both times in the day. He pulled off the classic lazy boy suicide no hander that he’s known so well for on a huge drop. Hungry for a better result, Lyle would make some improvements in his second run by flipping a step down right after this move putting him 6th place. Ethan Nell threw down a hell of a run twice and greased a huge backflip onto his double drop. He missed a couple of the tricks he had in mind for his run and would land in 8th place. Szymon Godziek was riding powerfully all week and sessioned more than anyone on the hill. All of the top riders were commenting on his style and fervor. Szymon and T-Mac cleaned up a drop that took out Conor MacFarlane a few years back. He would attempt to spin it both times in his run… And he failed, but walked away unscathed in both runs and made it to the bottom. After coming back from a really bad injury, Tyler McCaul rode like an absolute boss. He rode aggressively, stomped his tricks and put down a big suicide no hander on this drop in both runs, landing in 5th place…his best Rampage result in a while. 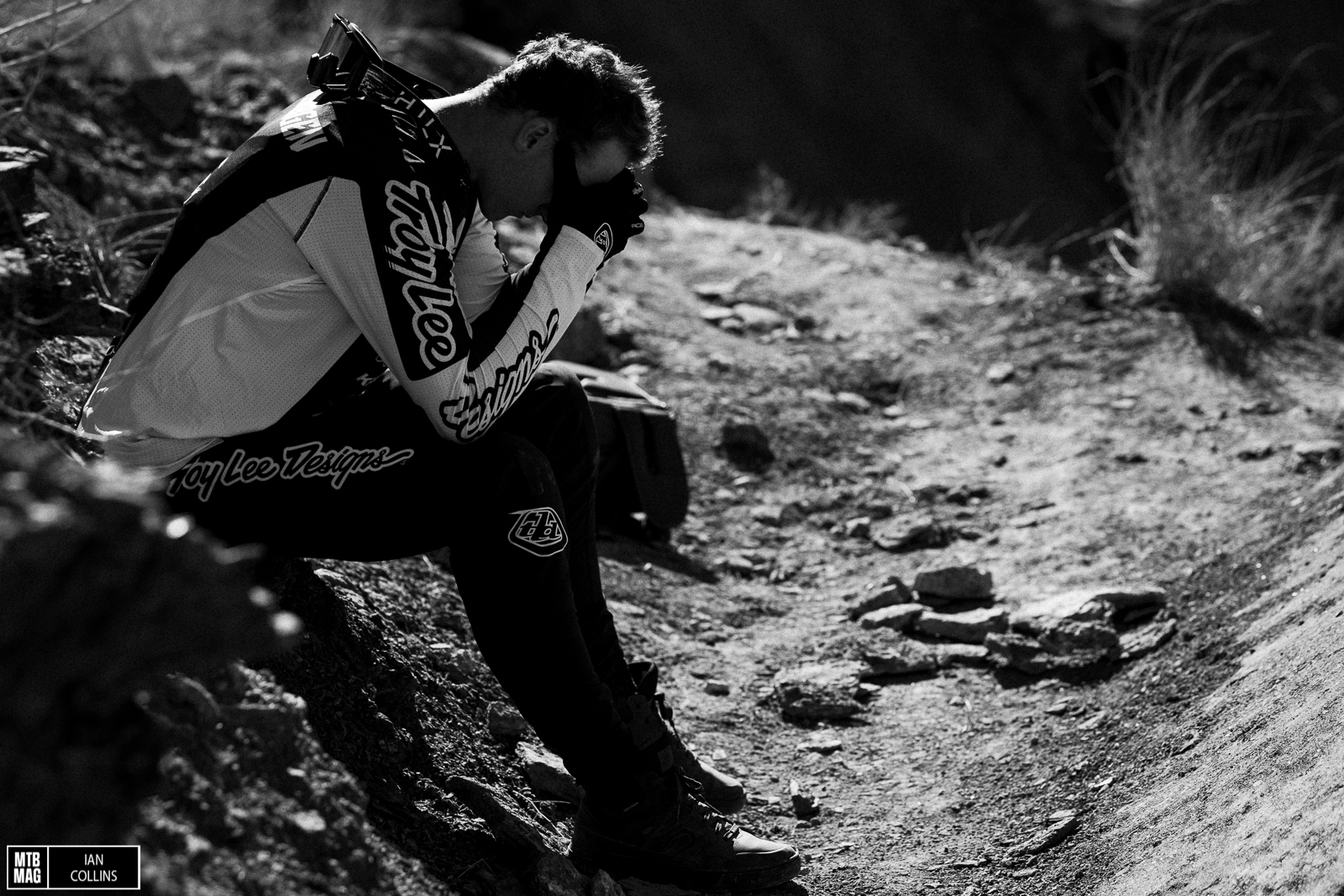 Things were stressful for Tom Van Steenbergen leading up to finals, and deservedly so as he had the biggest front flip drop in history planned. Amazingly, TVS absolutely stomped the move but would go on to botch a backflip shortly after. It sounded like the nerves and adrenaline got to him and he simply glitched out. Unfortunately his crash was disastrously consequential, but he’s on the mend. We’re all thinking of him. Immediately following Tom’s crash was last years winner Brandon Semenuk. He was stuck in the gate in high wind while Tom was cared for and attended to. On his first run he overshot a 360 nac and crashed but walked away unscathed. In his finals run, Brandon would clean things up, drop the nac and simply 360 the jump, but surgically stitched together an otherwise flawless winning run… And that flawless run put him on the top step. With 5 Joyride wins and 4 Rampage wins, he is truly the king. On another note, some riff raff arrived to spectate. And despite putting lumps in everyone’s throats, Cam Zink walked away safely and in the company of his kids. Another insane year in the books. Thanks for tuning in…