With riders and diggers still burning the midnight oil and running a bit behind on builds, practice has been somewhat limited even as of yesterday with just one more day of digging and a short practice session just before finals left. Here are a handful of shots from Wednesday… 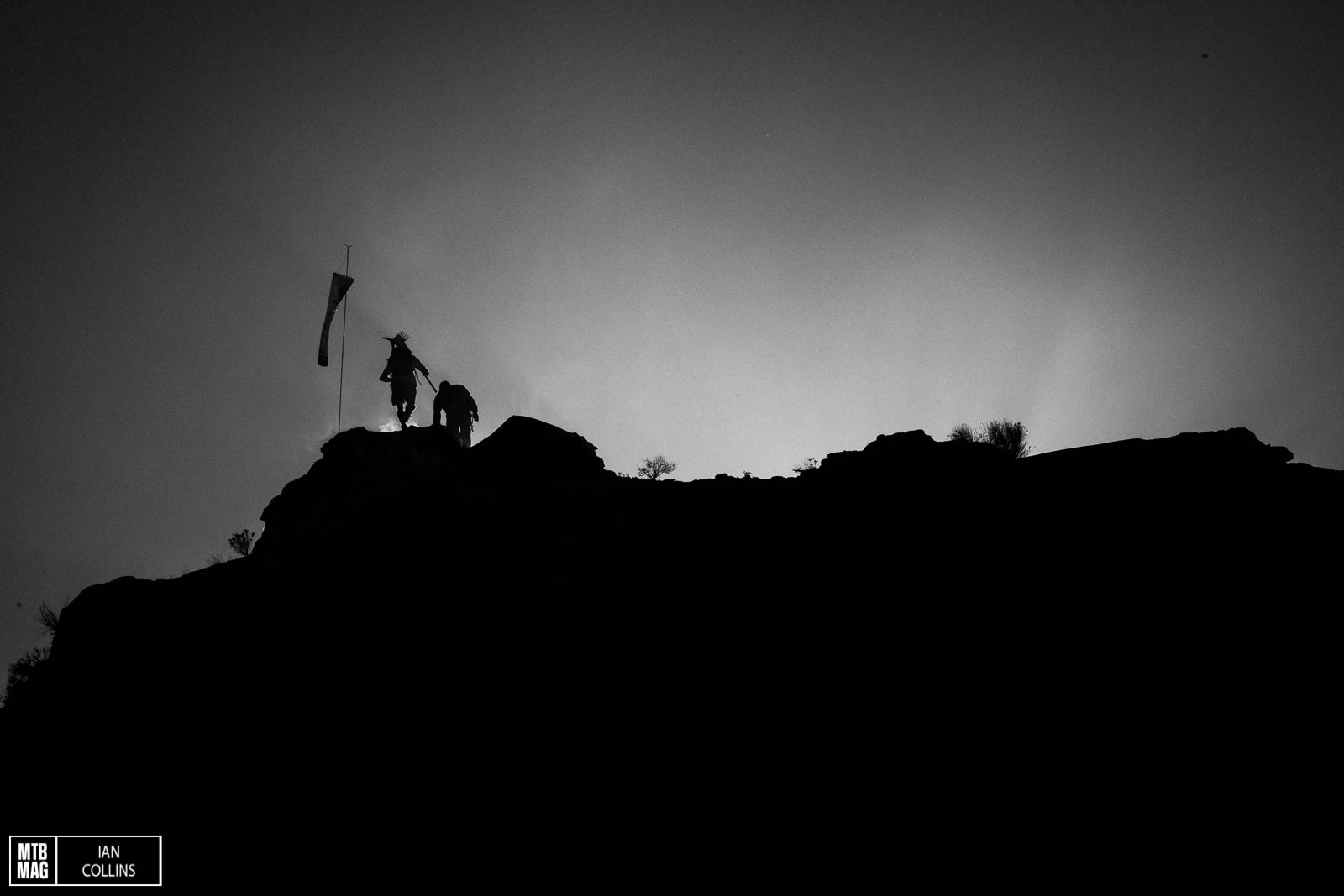 Morning commute. Sun rises behind the site, so with everything backlit for the first few hours diggers and riders alike can stay cool. 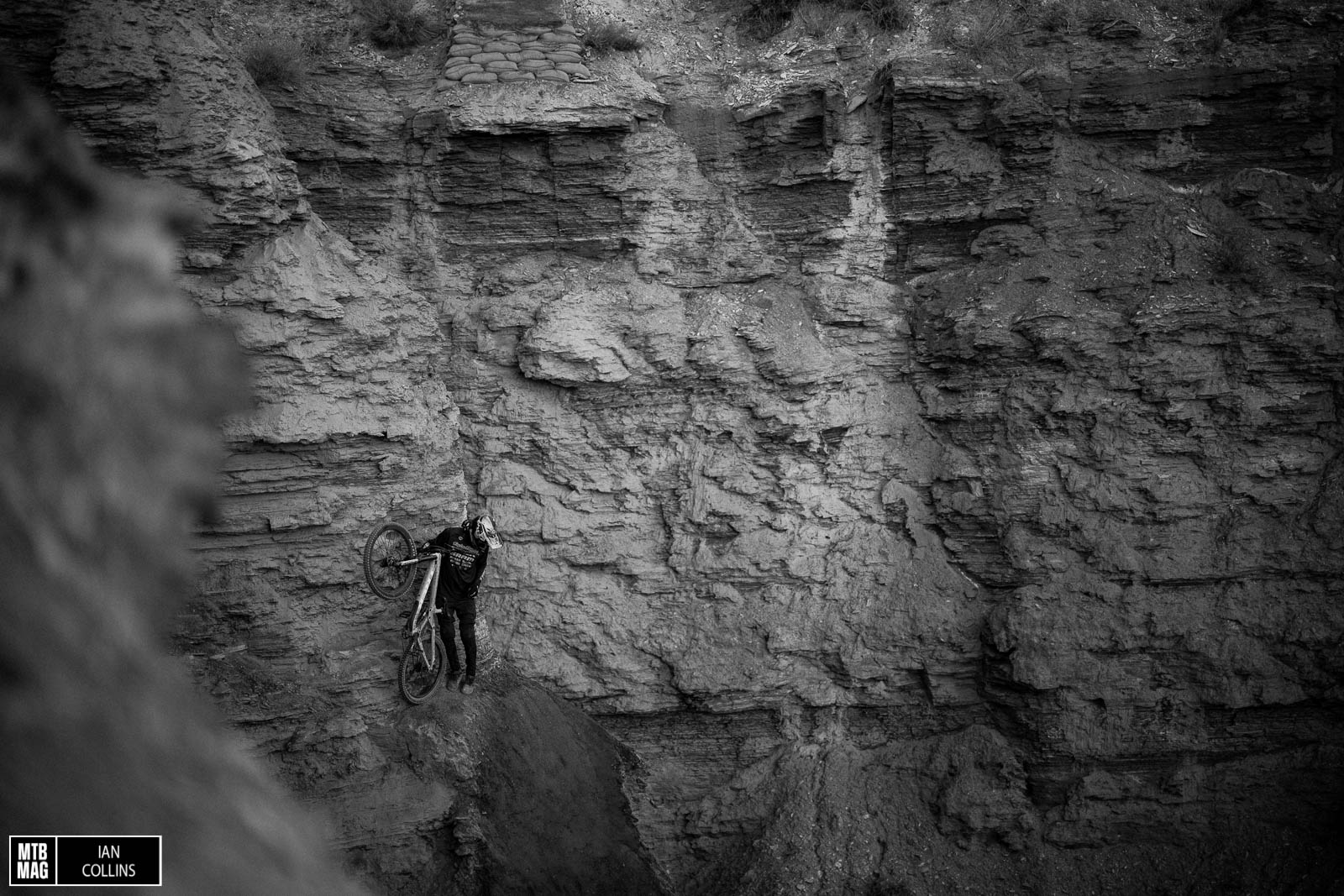 Brandon Semenuk eyes up the landing on his canyon gap transfer. 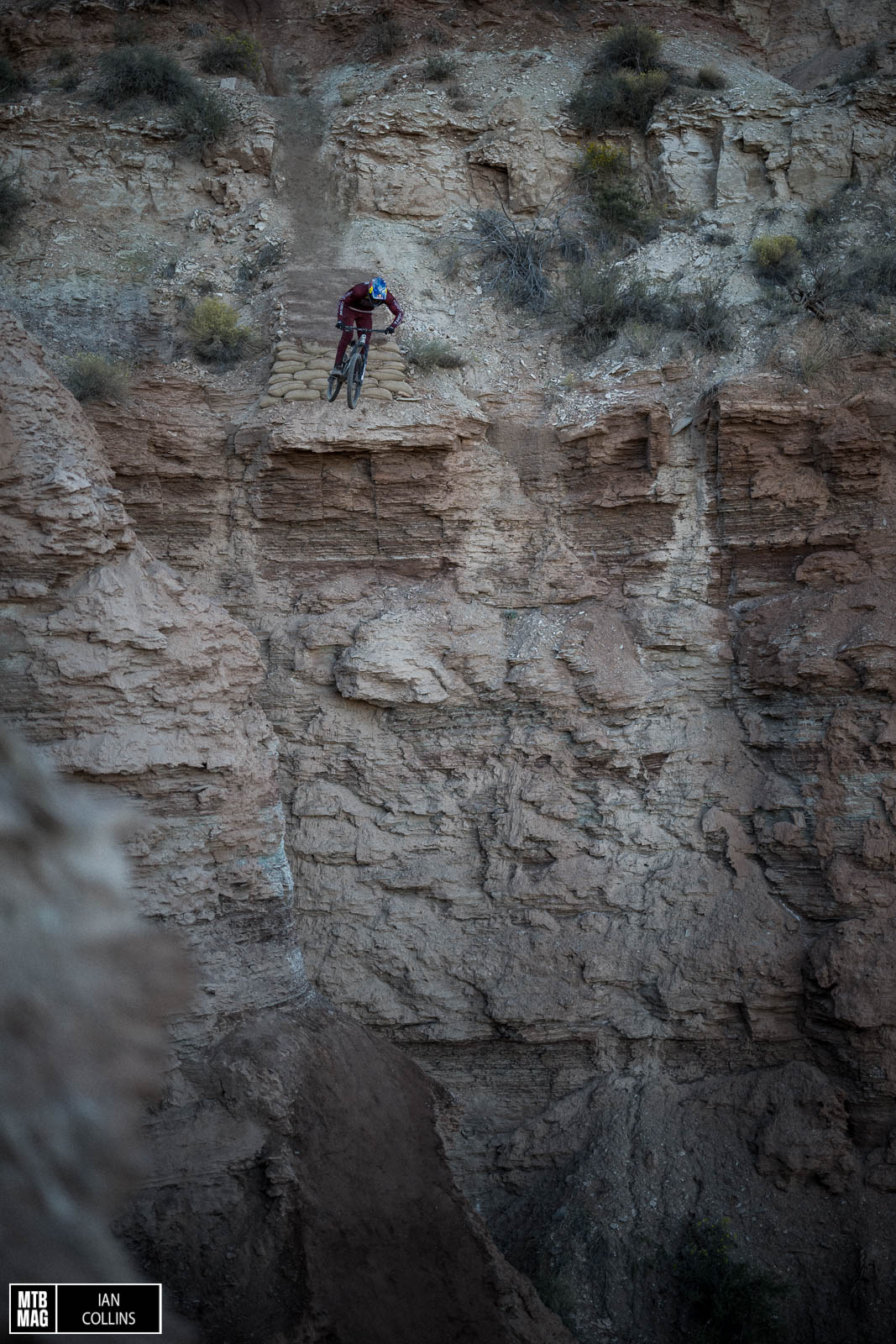 It is wild to realize that this feature is 11 years old and the bulk of it has held up and after a decent sized touch up it works nicely. 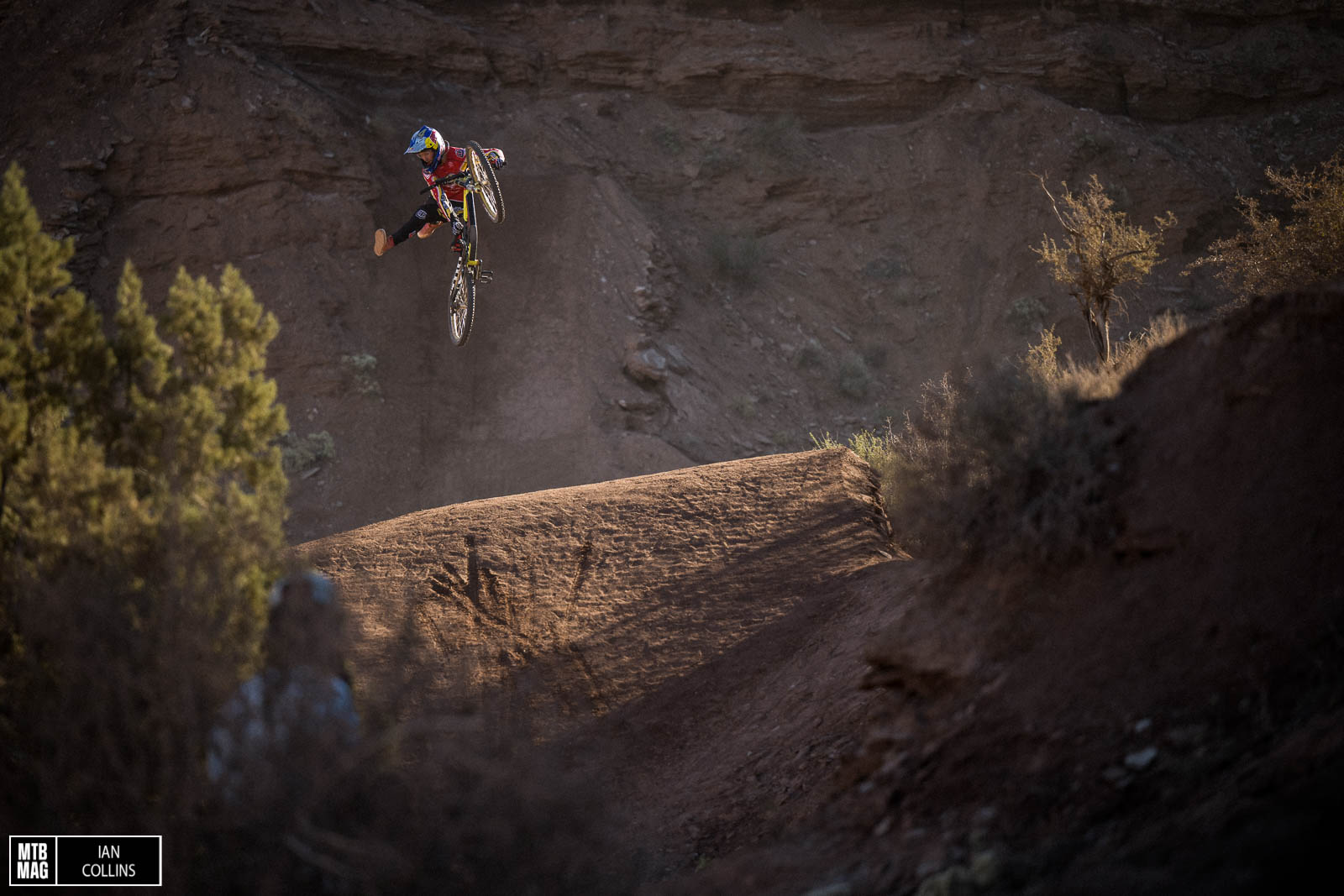 Jaxson Riddle getting his morning yoga in. 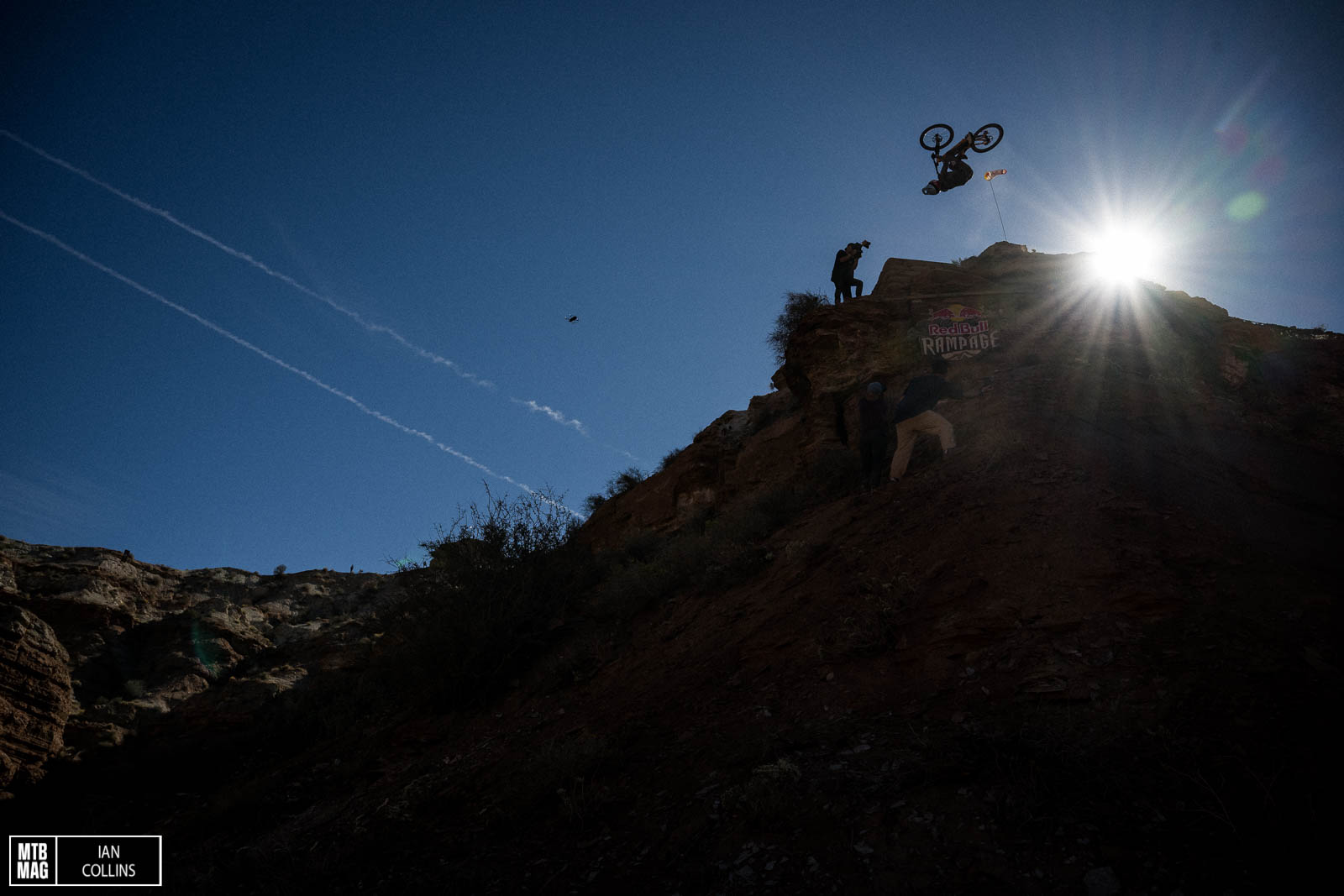 Brett Rheeder went back and forth between a 360 and a flat drop flip on this feature at the lower part of his line and handled both tricks flawlessly. 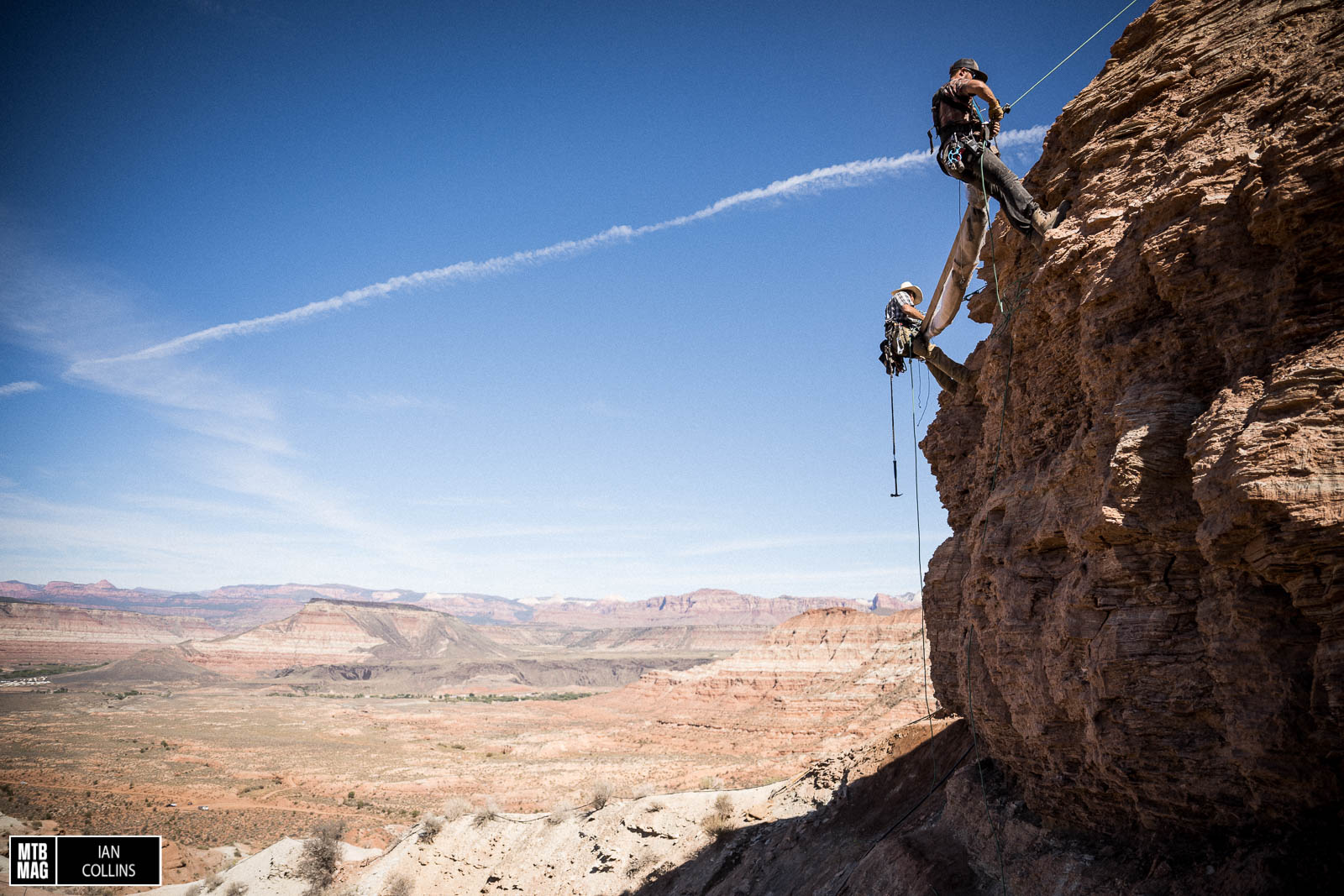 With finals approaching, the last of the signage is going up. 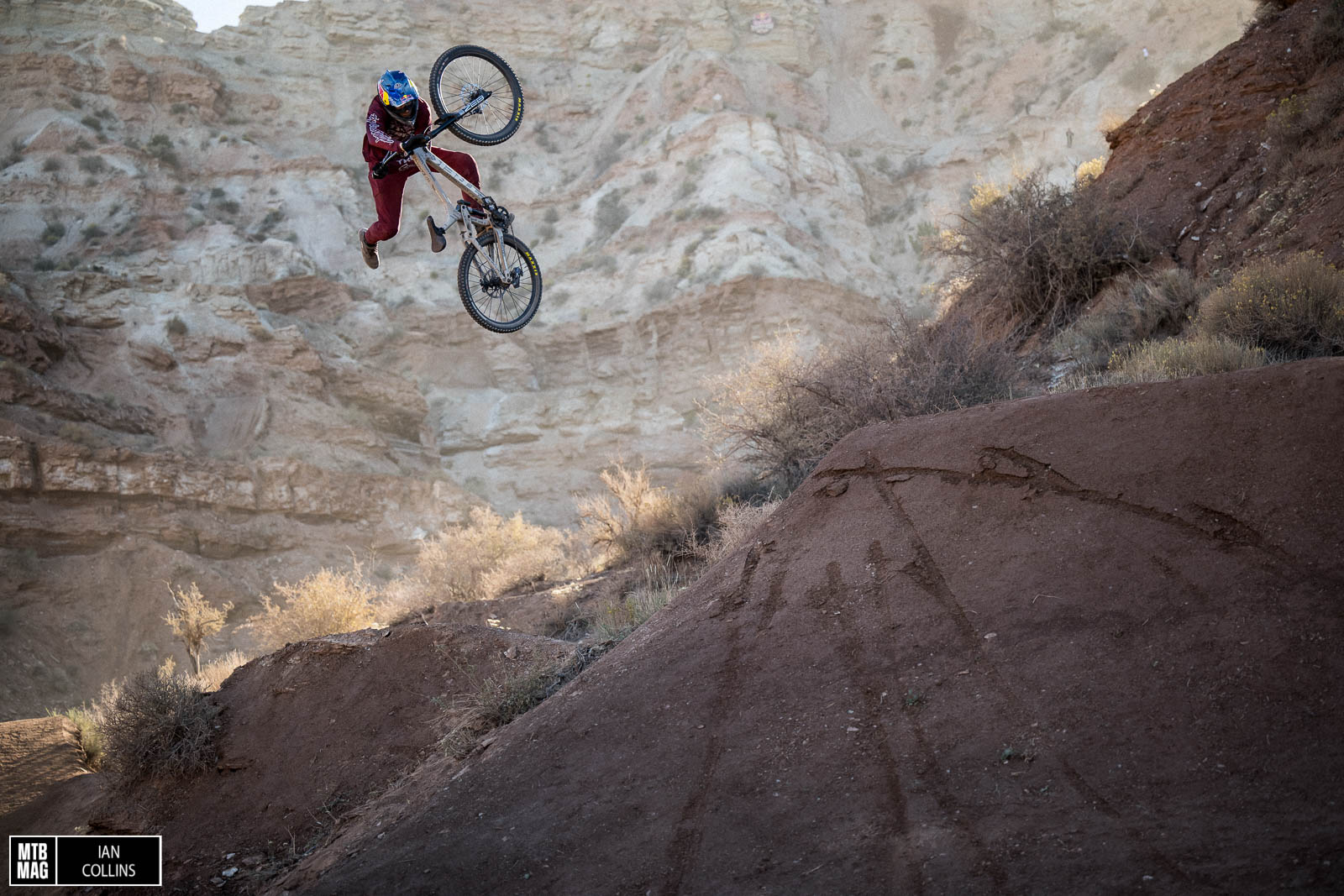 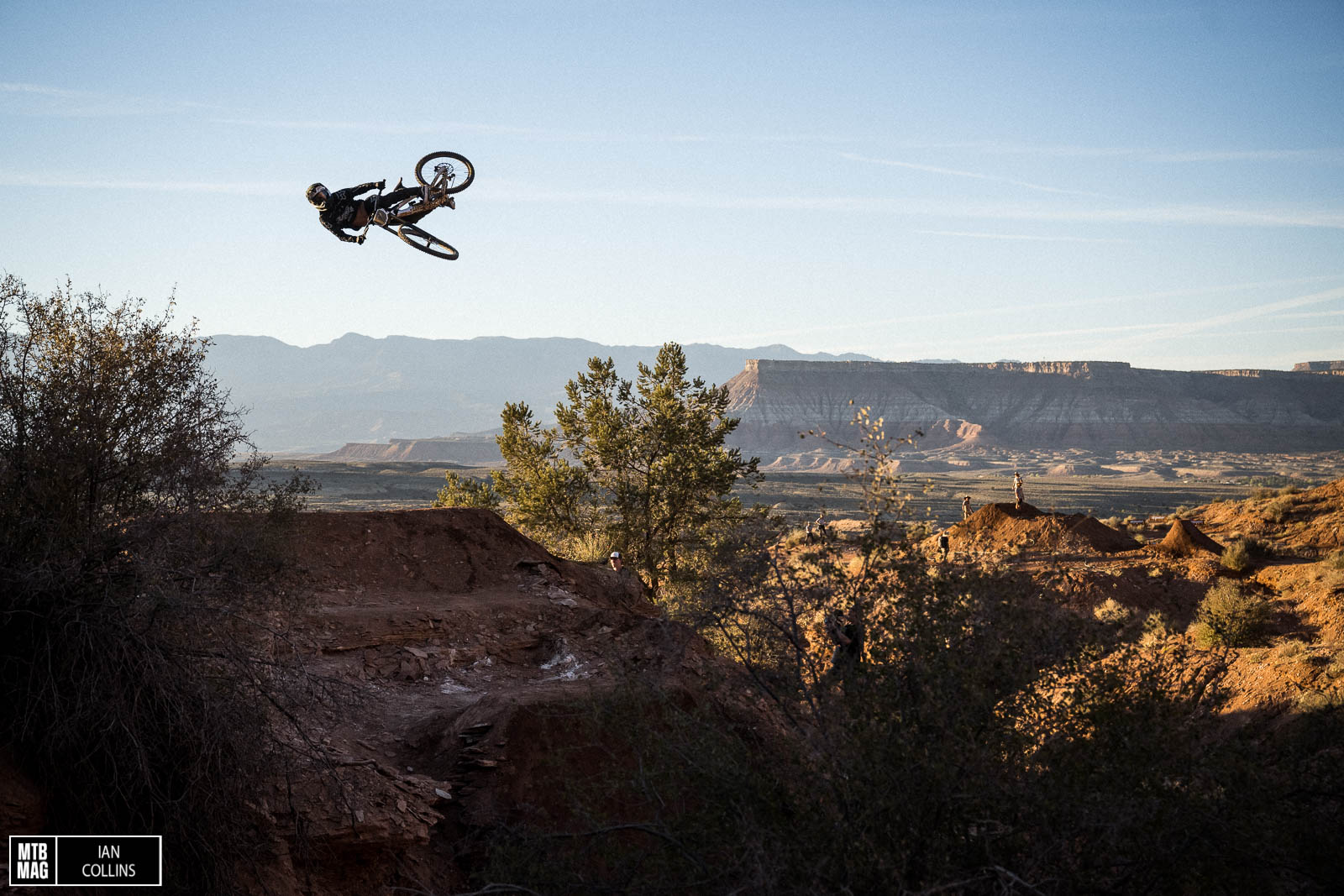 Ethan Nell with a big lookback 360 as the evening sessions kick off. 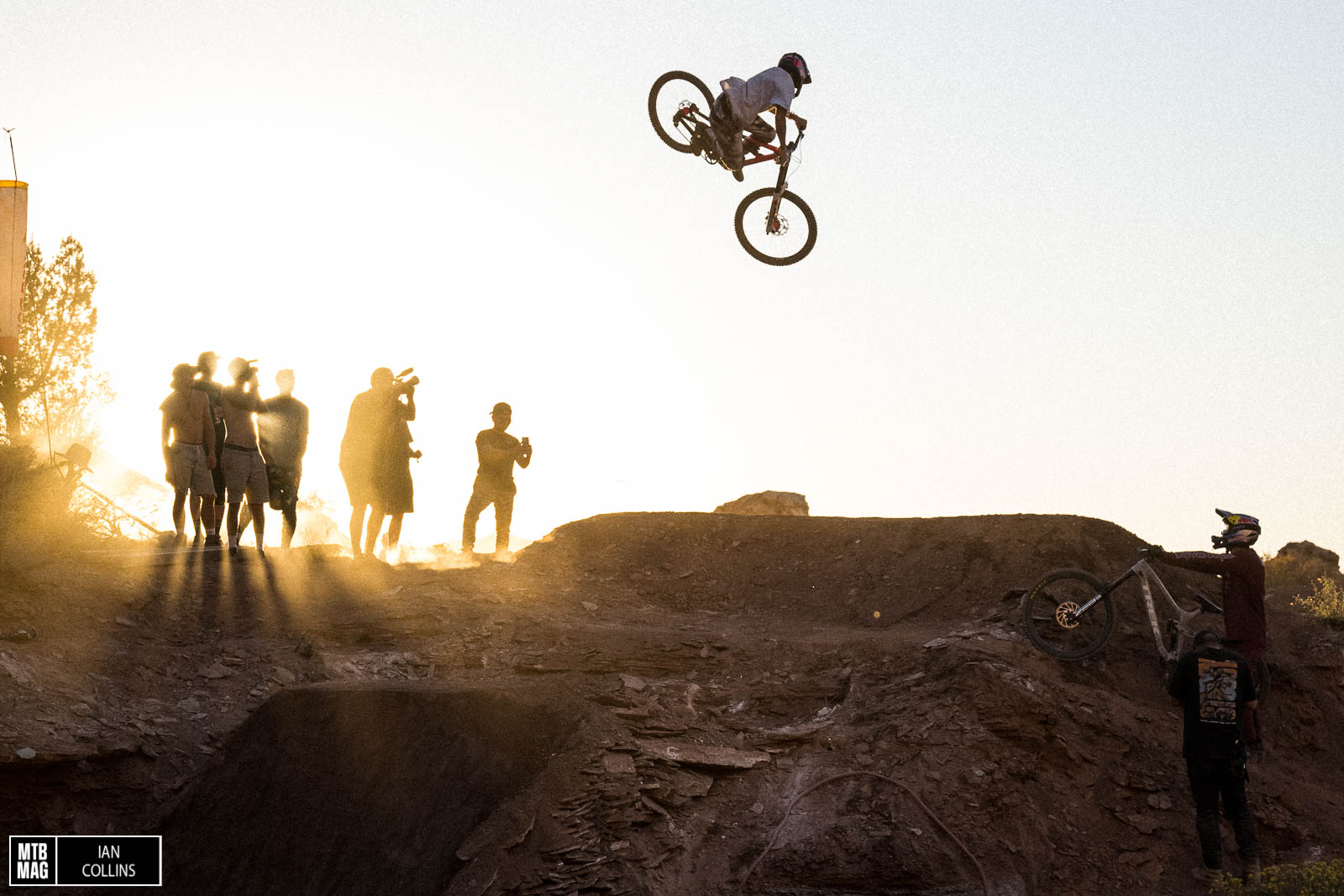 Reed Boggs easing into things with a steezy whip. 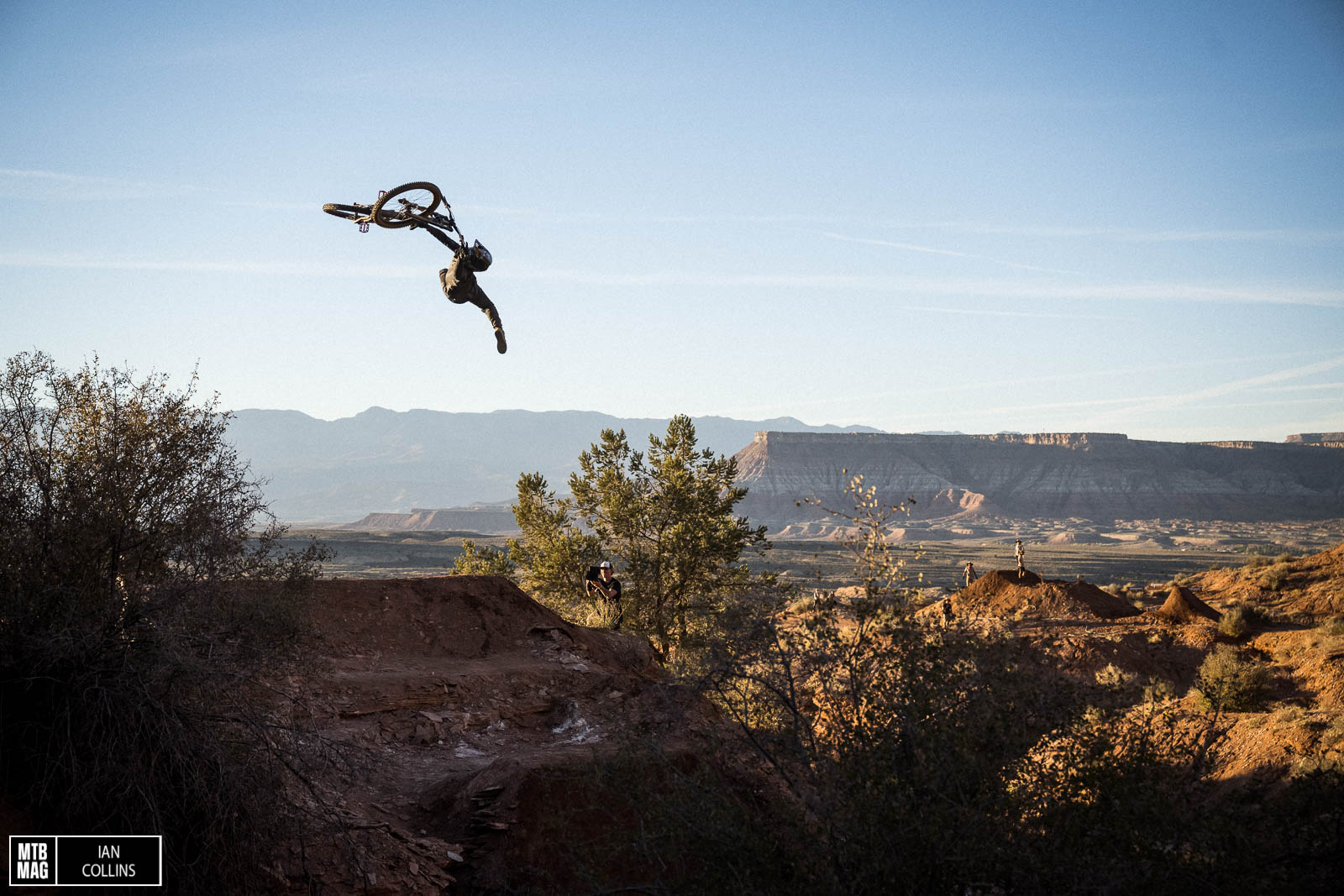 Andreu Lacondeguy giving everyone a show with a 360 Indian air. 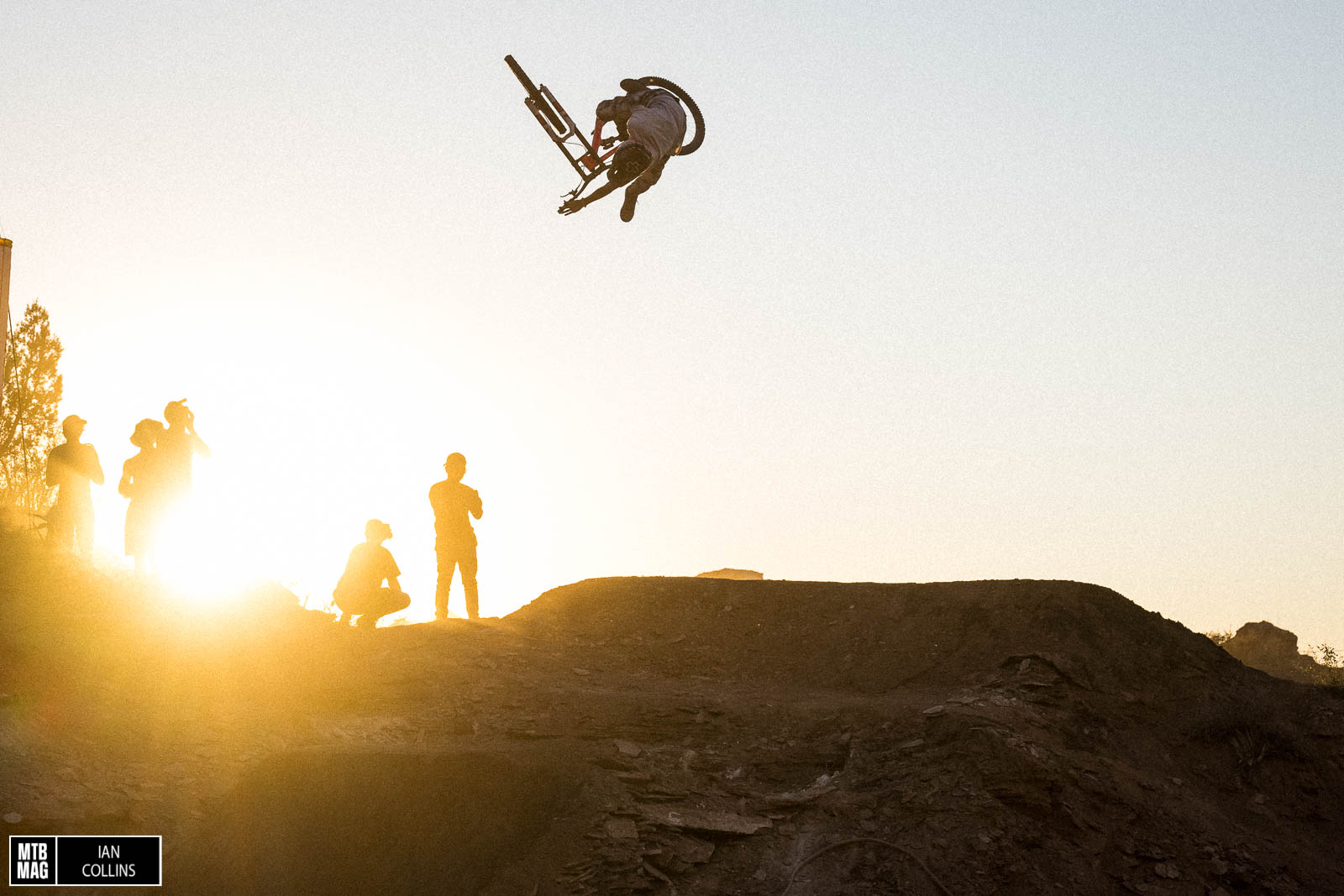 360 Bermslider from Reed Boggs, who is clearly warmed up at this point. 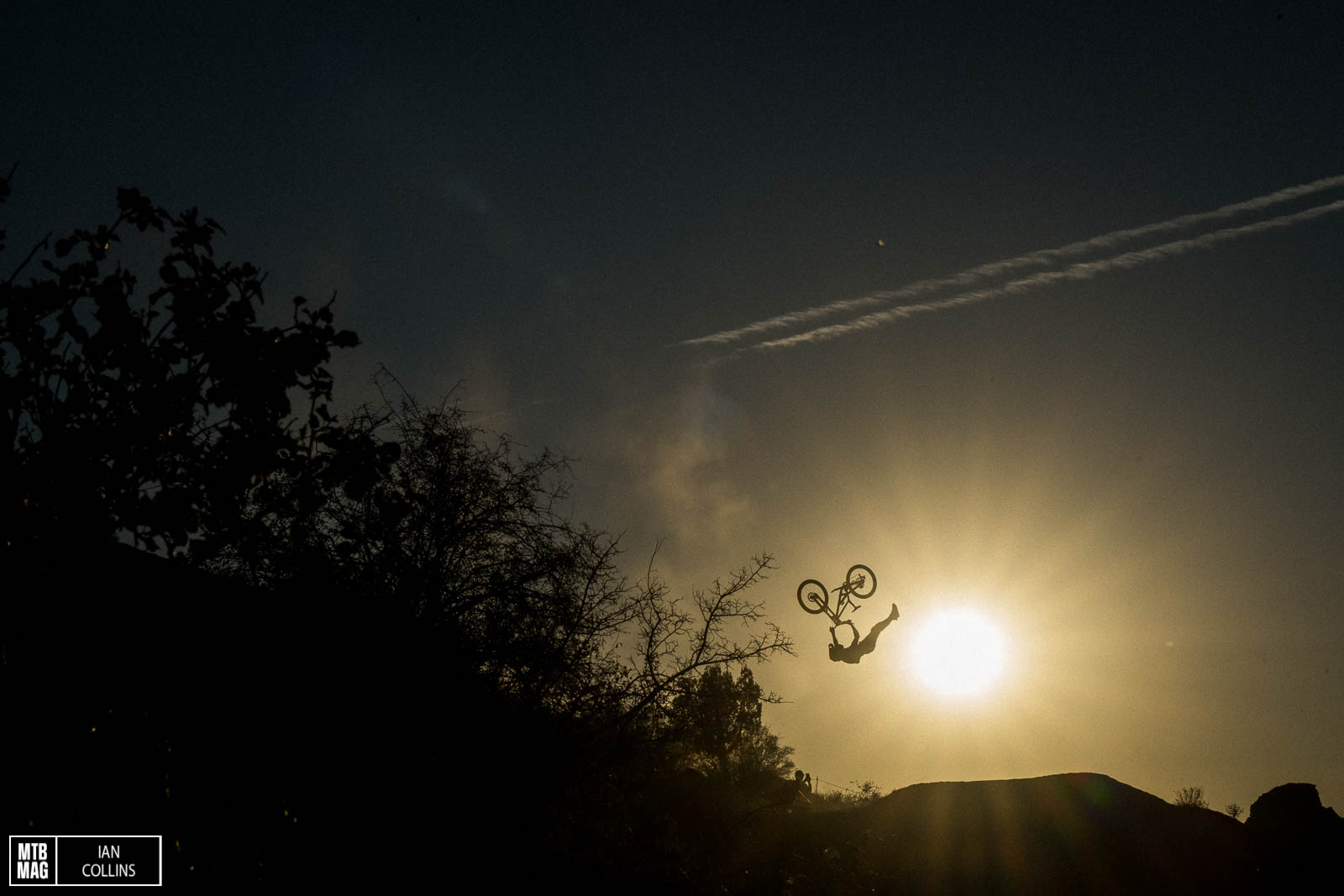 Flip superman from the longest legs on the hill – DJ Brandt. 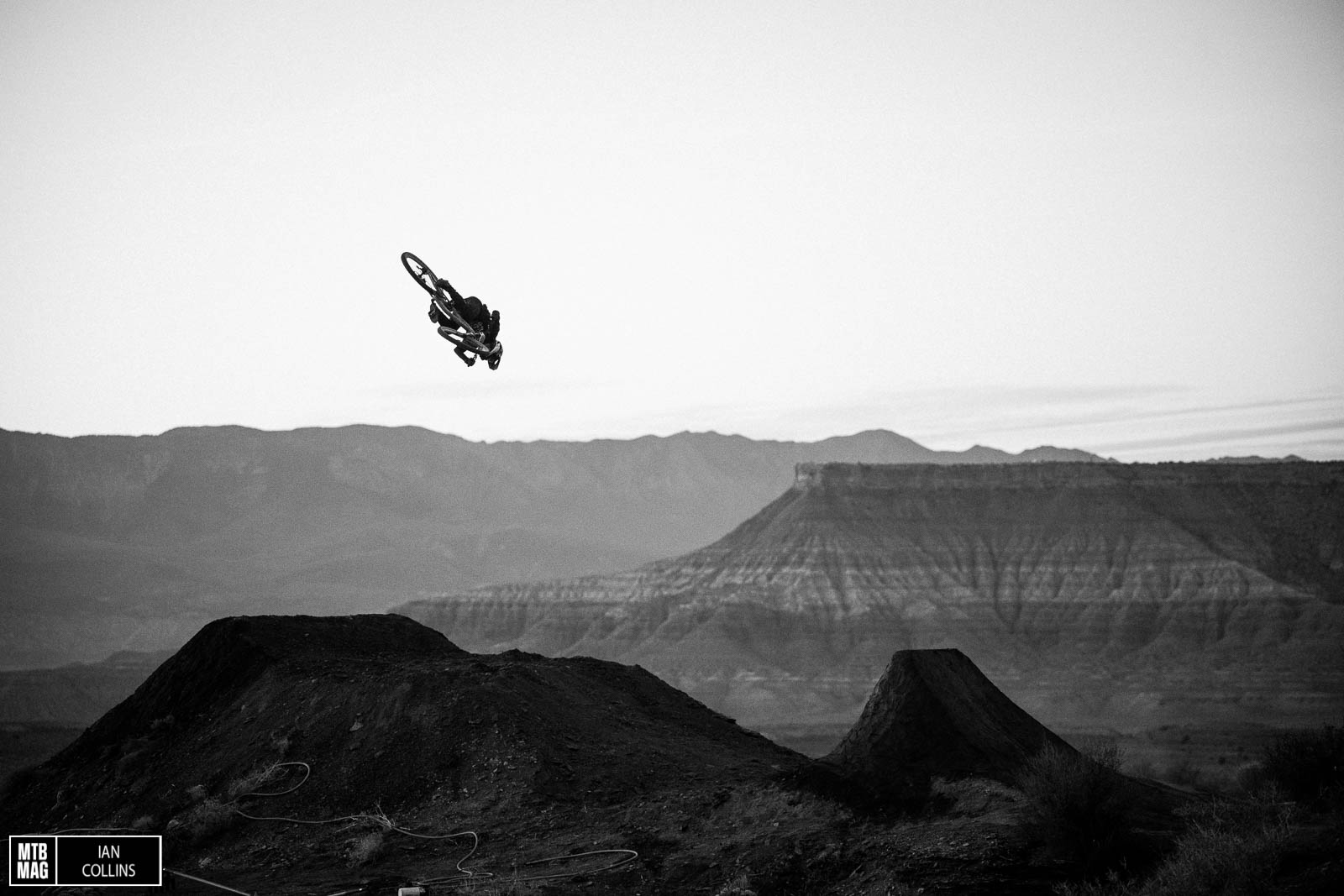 Rampage first timer William Robert with a big spin on his ridgeline jump. 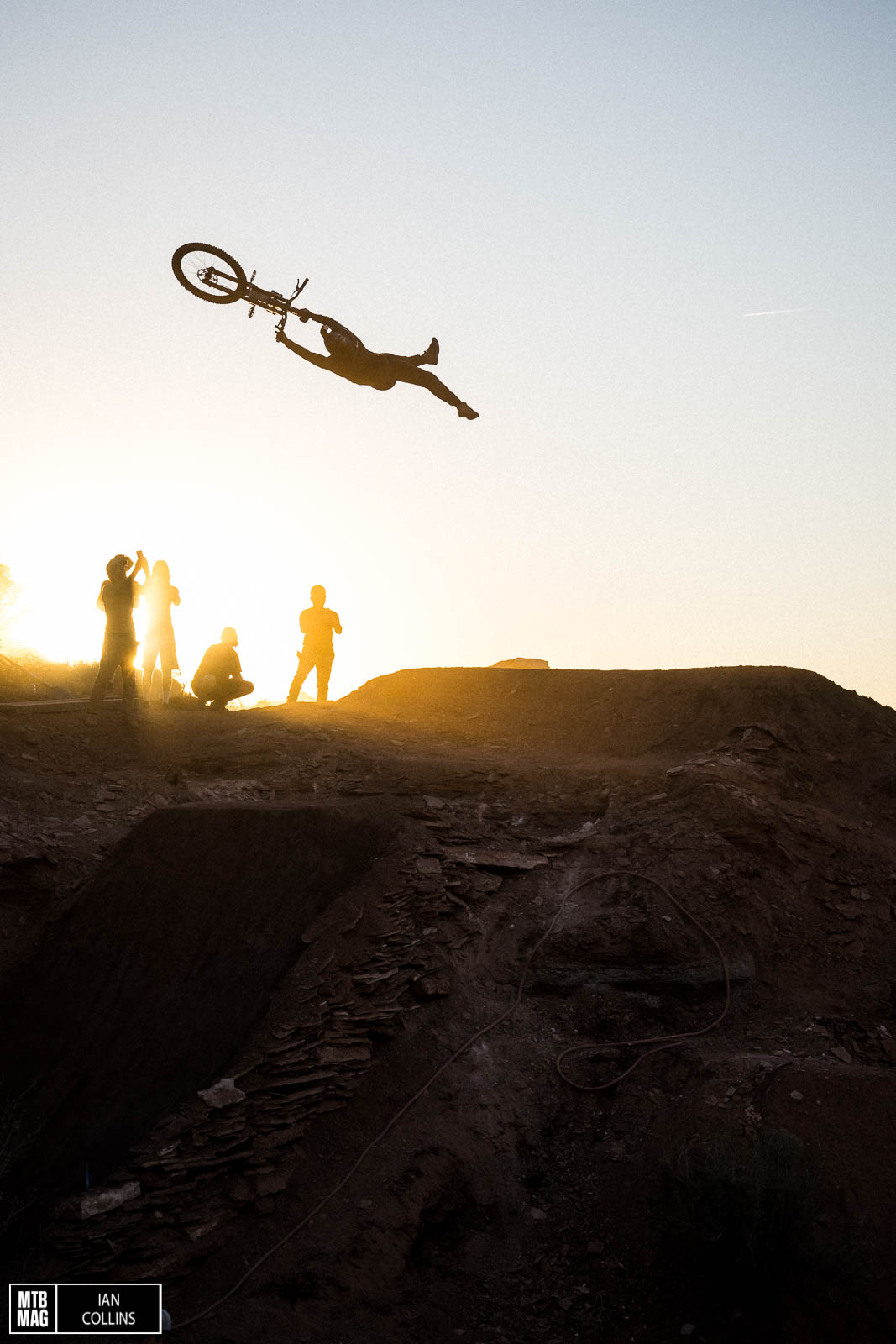 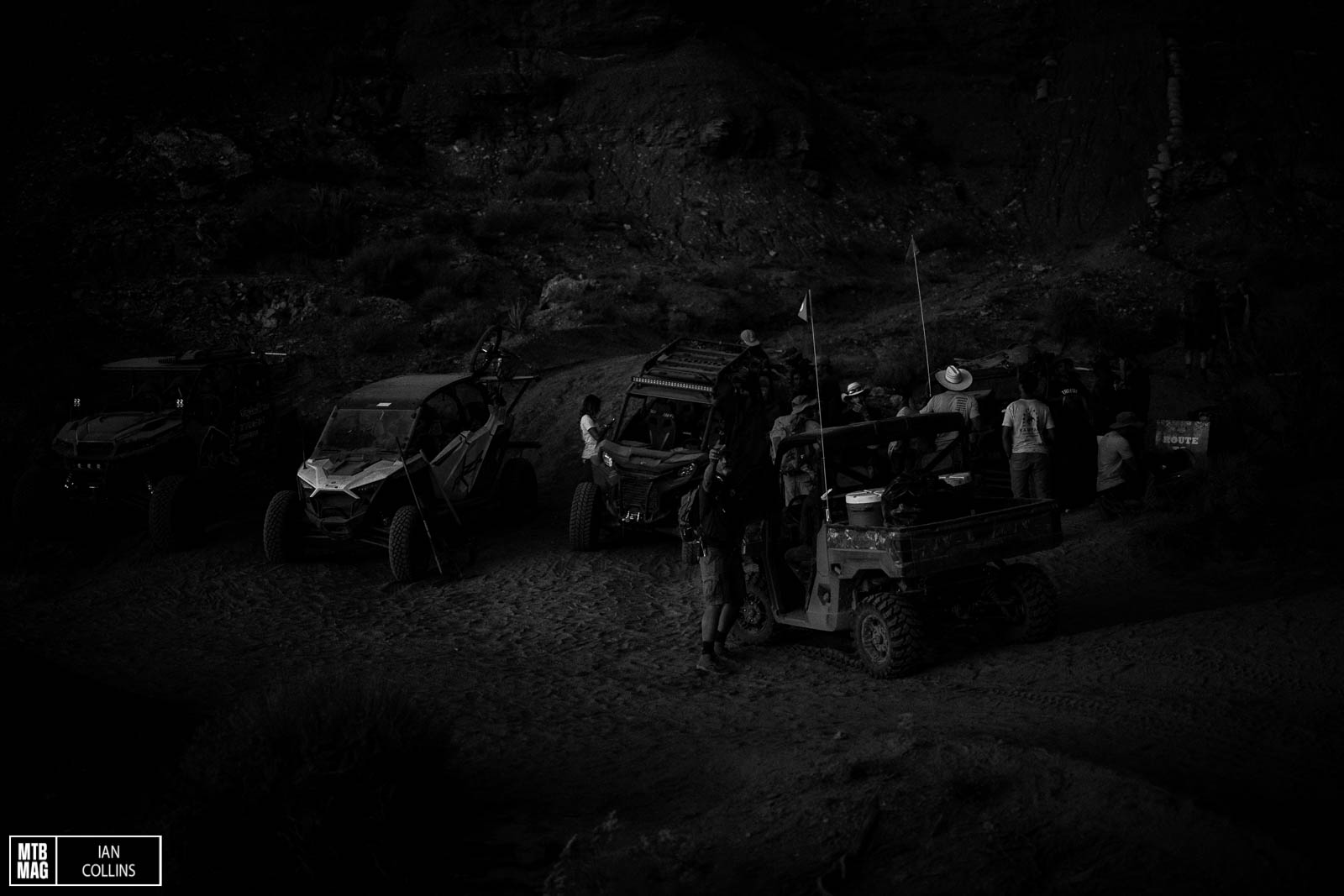 One more sleep until finals…