Total silence fell between the TV commentators and the public when Tom Van Steenbergen fell violently to the ground during the Redbull Rampage 2021. After stomping a monstrous front flip drop, he had one of the worst crashes of his life after making an error on the next feature. 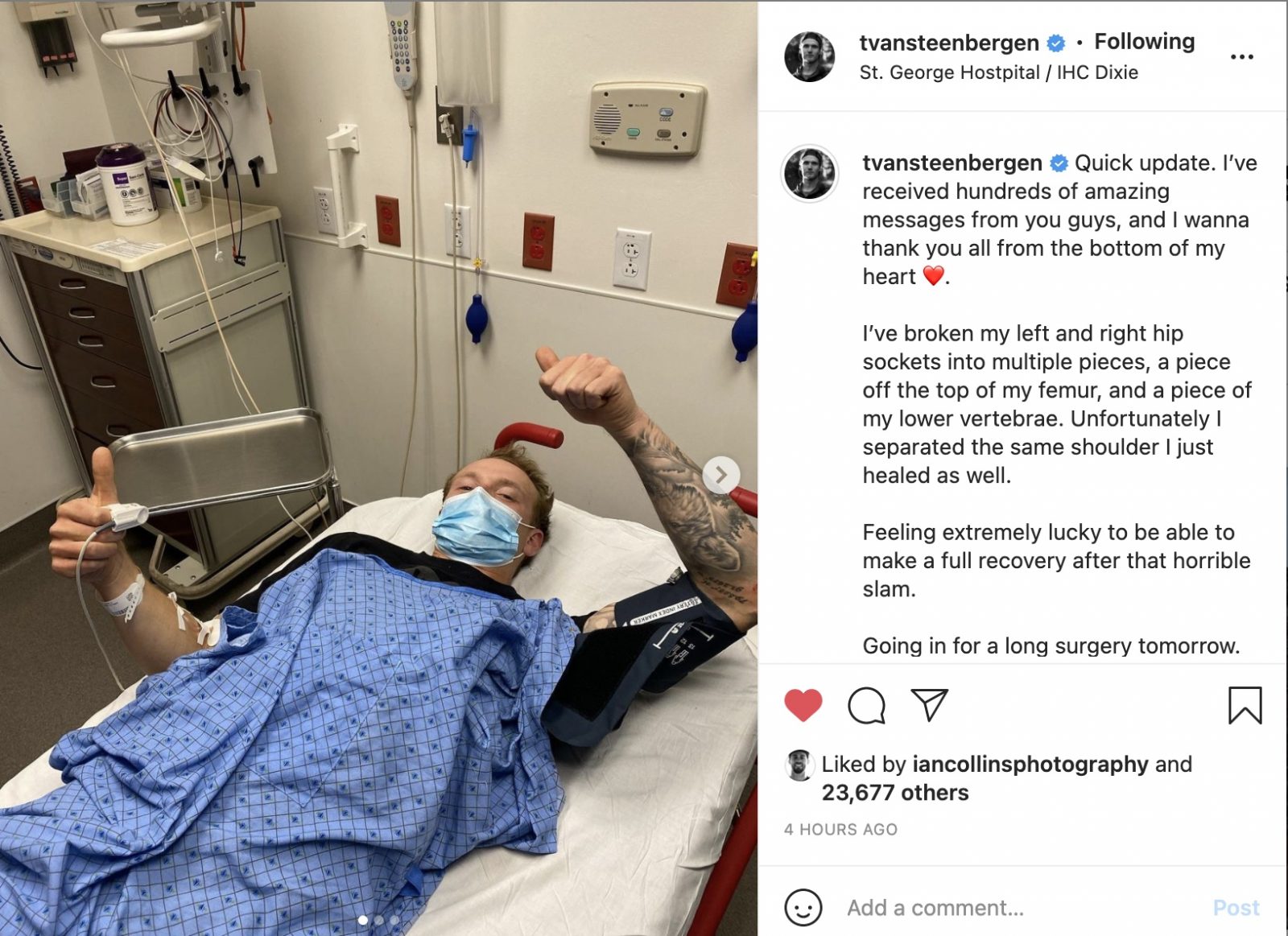 Yesterday he officially announced that he is preparing for Rampage 2022 , which will take place on October 21st. 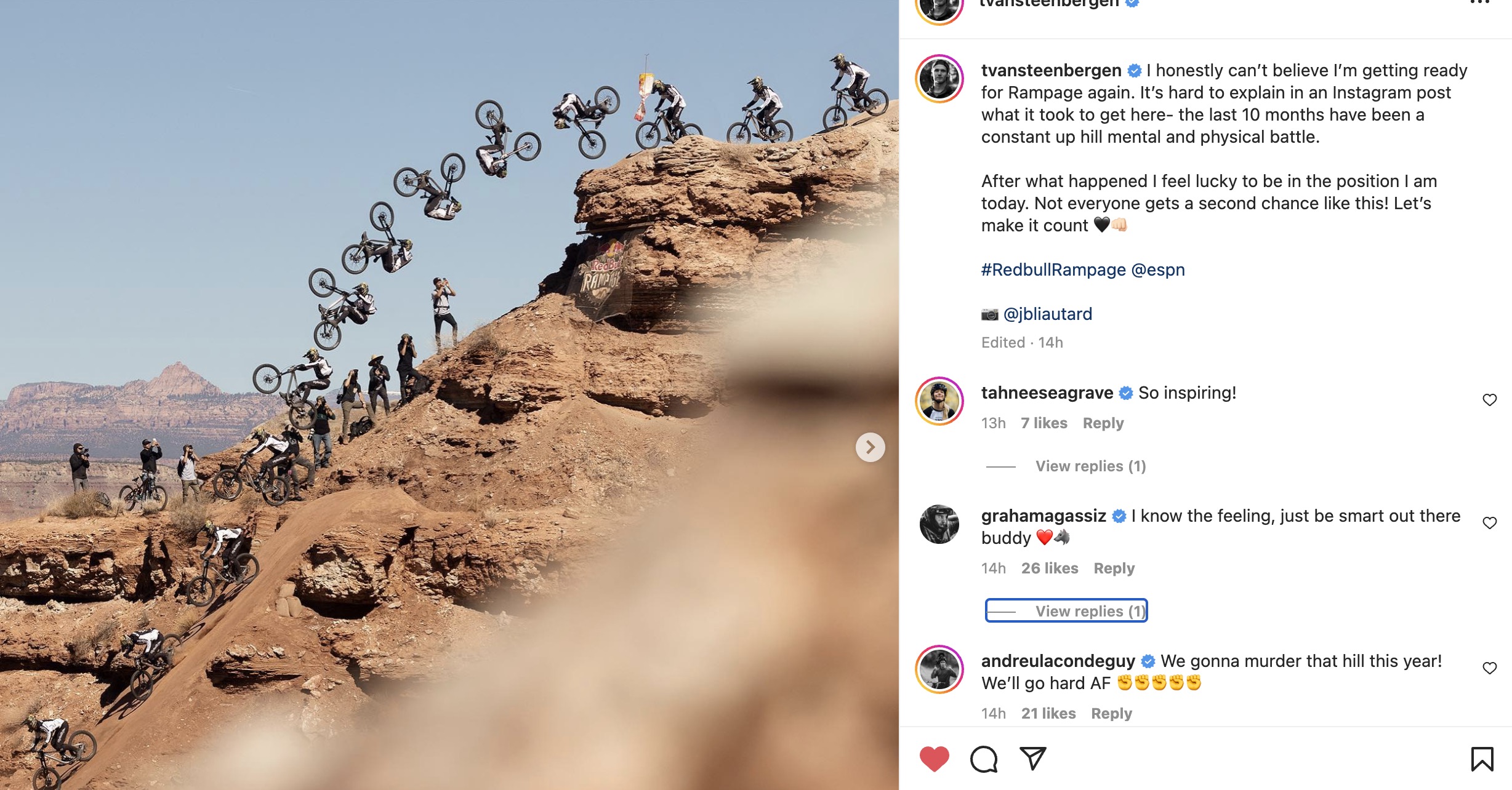 Graham Agassiz’s comment speaks volumes, he too was the victim of a bad accident at Red Bull Rampage a few years ago, an accident that made him reflect on the risks to be taken. It is not for nothing that Agassiz’s next and last participation was more of a catwalk than anything else.