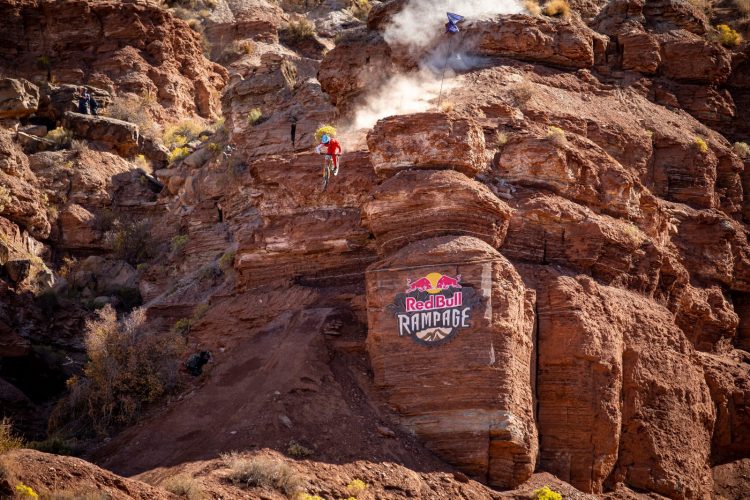 Virgin, Utah (August 11, 2022) – Red Bull is excited to announce the return of Red Bull Rampage, the world’s premier big-mountain freeride competition. On Friday, October 21st, the top 18 mountain bike athletes will descend upon the steep and rugged desert landscape of Southwest Utah as they take-on some of the biggest and baddest tricks, lines, and jumps that freeride has ever seen.

This year, the event will be streamed live exclusively on ESPN+ in the U.S., and on Red Bull TV in all other countries. In addition, the complete event will be available on-demand on both ESPN+ and Red Bull TV following the competition. Then on October 30th, viewers can also tune-in to a condensed 2.5-hour replay that will air on ESPN.

For fans looking to attend the event in-person, tickets will go on-sale via the Red Bull Rampage website with an announcement to come, so check the site for further updates and the official on-sale date in the coming weeks.

The inaugural Red Bull Rampage was held in 2001, and last year we celebrated 20 years of Red Bull Rampage. Since then, 15 different events and 9 different winners have earmarked their place in the history books. This year we’ll look to spotlight the future of freeriding – from the new crop of athletes grabbing the baton and continuing to innovate the sport, to the changemakers that drive the scene, to the mind-blowing action itself.

The competition format will remain the same, with an elite group of riders carving their ultimate lines into the side of near-vertical sandstone ridges with the help of their two-person build crews. In advance of the competition, riders and their support crew will spend four days building their lines, followed by a rest day, and then four practice days. All of the preparation will end in an epic showdown in the desert, where only one will ride away as the champion of the 2022 Red Bull Rampage.

To stay up to date on the latest Red Bull Rampage information, including confirmation of the official rider list, venue details, ESPN+ and Red Bull TV tune-in times, and spectator and ticketing info, follow @RedBullBike and visit the event website here.