This year’s World Championships would prove to be quite wild. Neko Mullaly had a legendary run after laying down a scorcher without having a chain for most of his run. Neko sat atop the hot seat for quite some time as many of the big guns like Hill and Minnaar were struck down by errors and crashes. Eventually Gee Atherton upset him and held his position. Troy Brosnan took the Bronze and Josh Bryceland ended with the silver after a dramatic finish as he blasted the finish line jump to the moon and landed well past the landing appearing to have broken his ankle right at the line. Congrats to Gee Atherton on his second World Champs win. 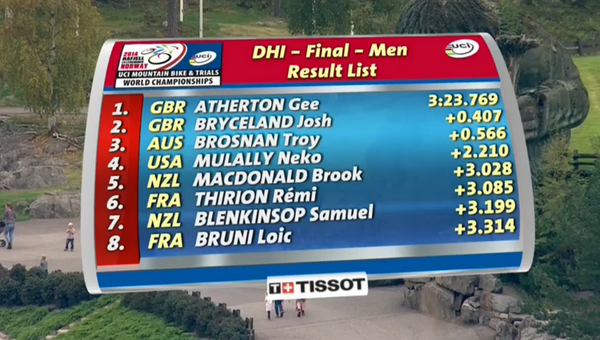 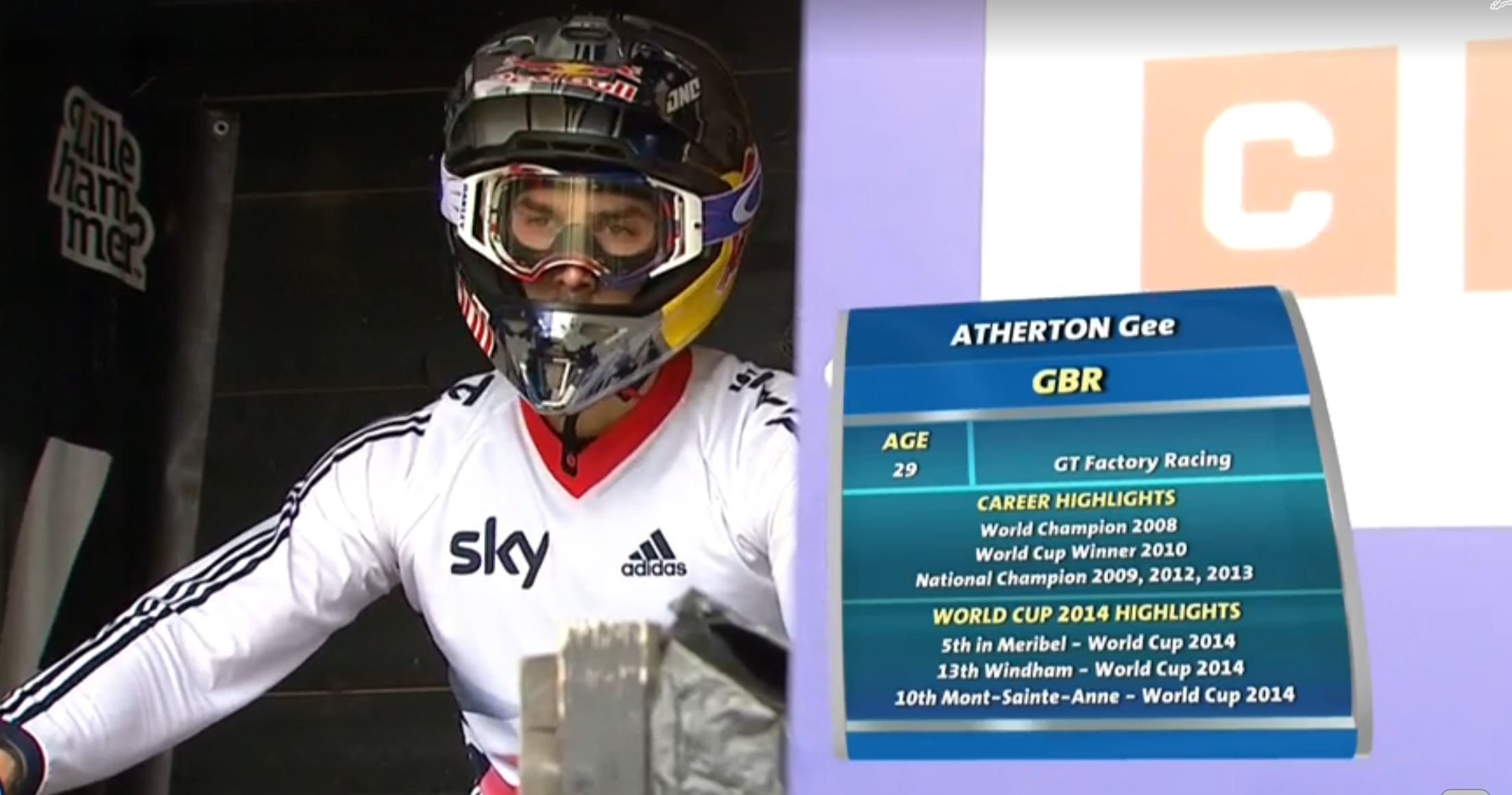 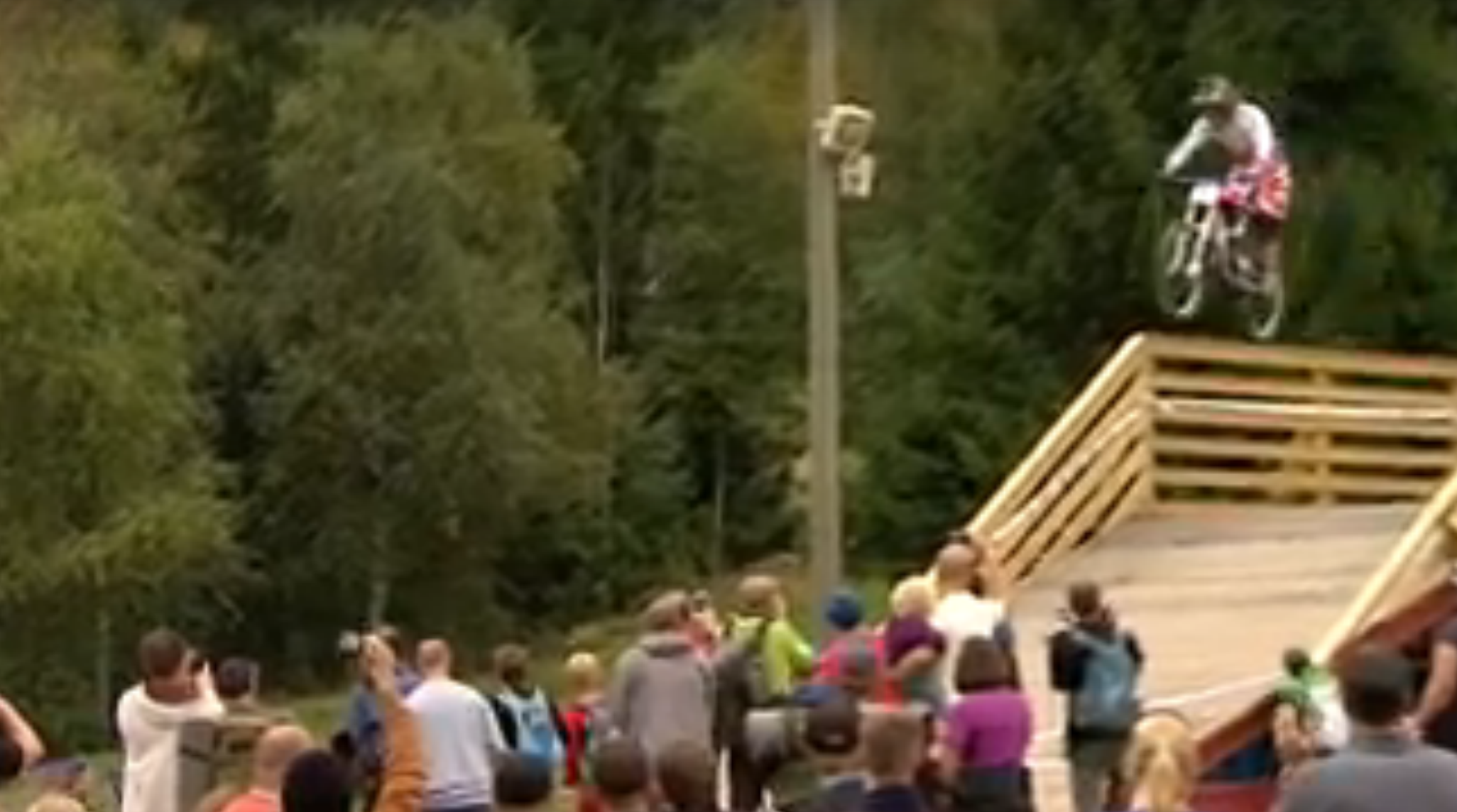 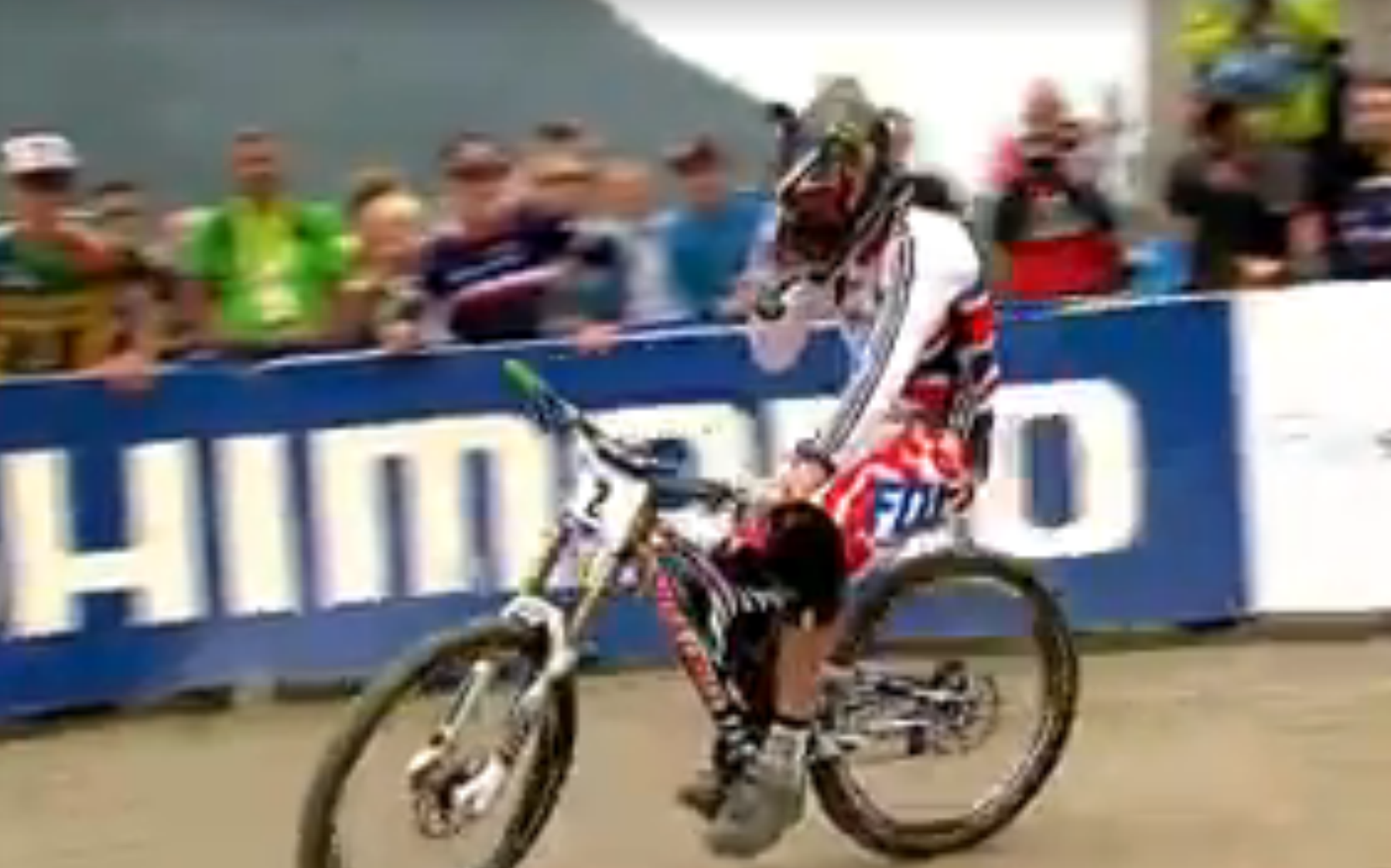 In the women’s Rachel Atherton was about a half second back, losing to Manon Carpenter as she took her first World Championships. 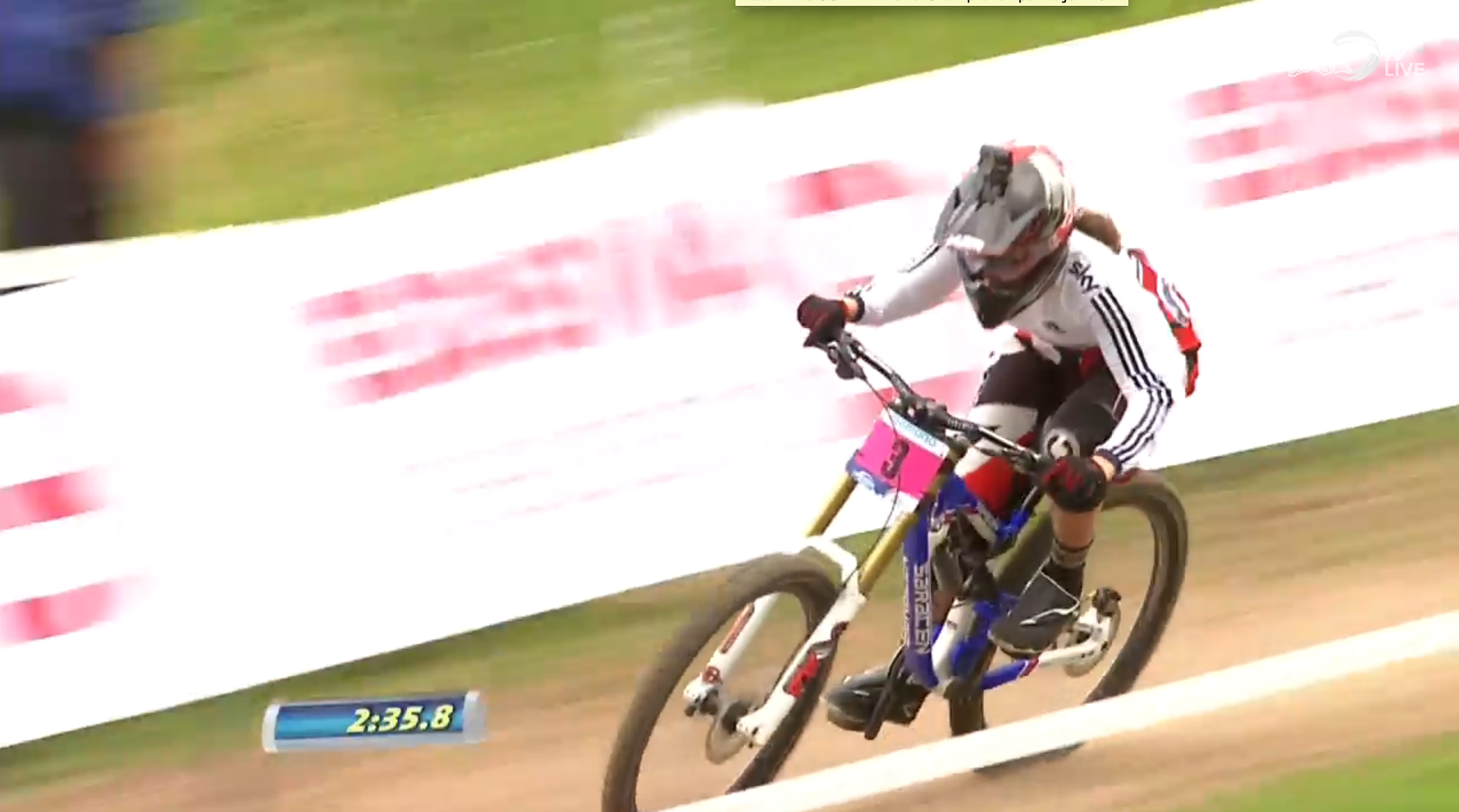 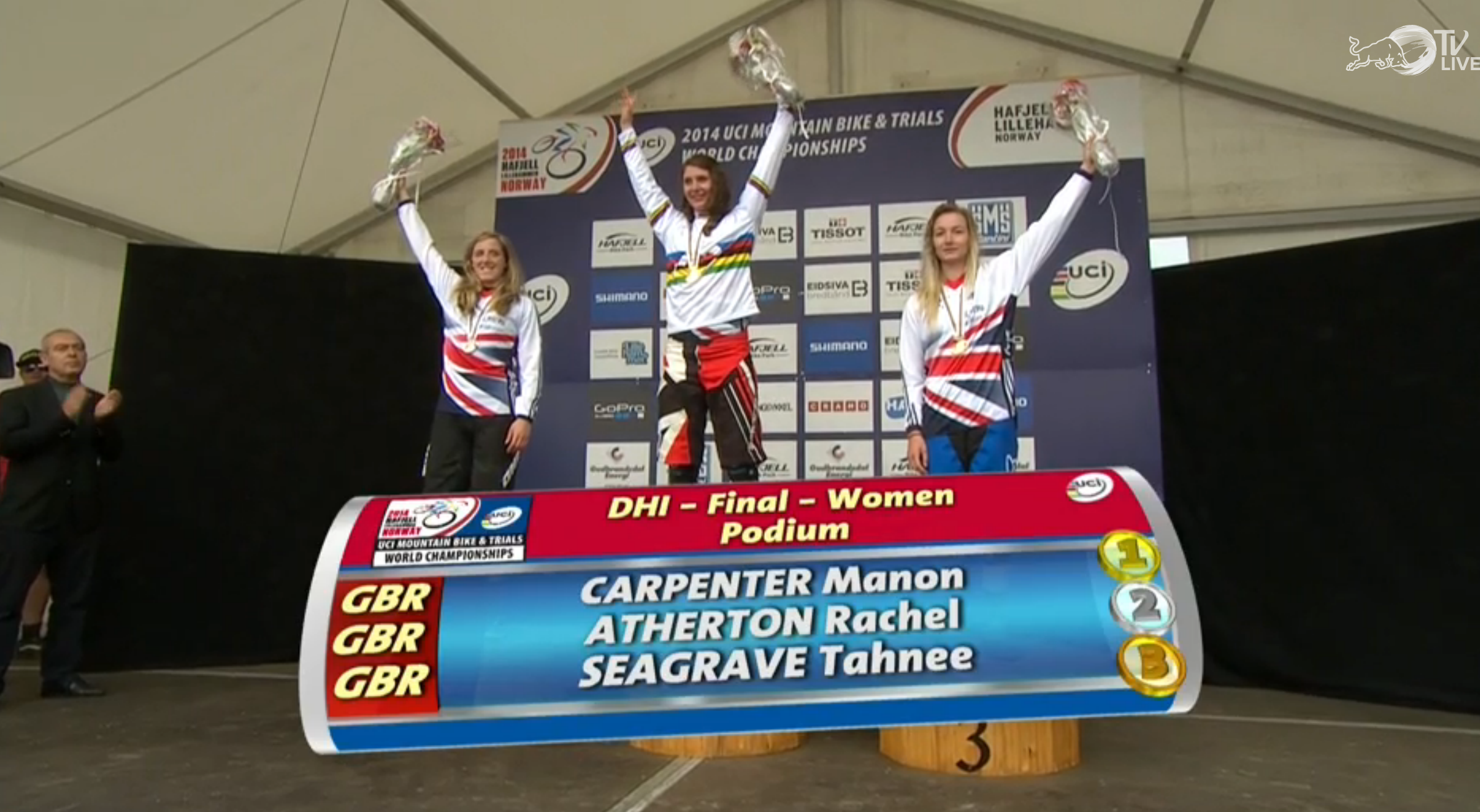 In Juniors Loris Vergier finished out his dominant season by taking the win. Laurie Greenland and Jacob Dickinson rounded out the silver and bronze.