The final results from our surveys (which closed at midnight on 12/31/2016) in which over 43,000 readers of MTB-MAG have voted for their favorite bike amongst the candidates chosen by the editors in four different disciplines. 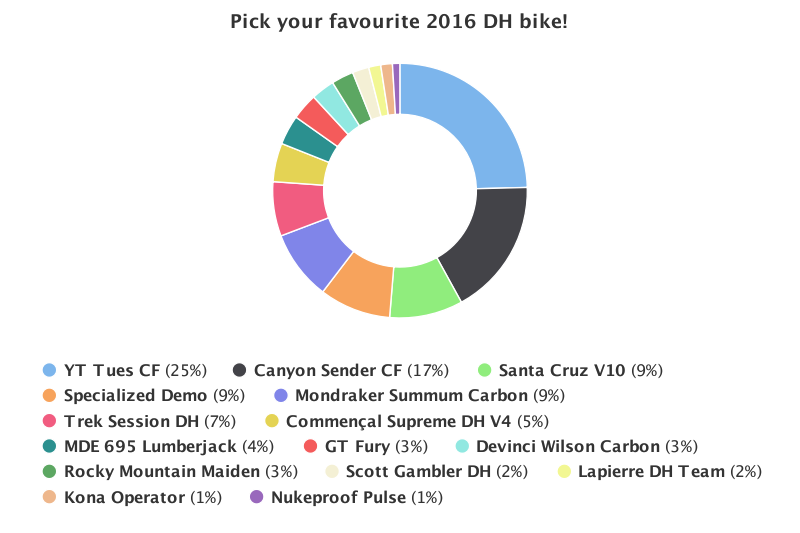 The YT Tues CF, the bike with which Aaron Gwin dominated the UCI DH World Cup, got 25% of the voter preference, with a clear advantage over competitors. In second place, with a rather large share ( 17%) of the votes, the Sender Canyon CF. The direct-selling brands have conquered, with 2 DH bike of 15 nominations, nearing almost half of the total votes. Third place went to the Santa Cruz V10 followed by the Specialized Demo and then the Mondraker Summum C. The Italian MDE has carved out an interesting position in the middle, whereas votes came from users from all around the world, thanks to the translations in English and Spanish, and not only from Italy. 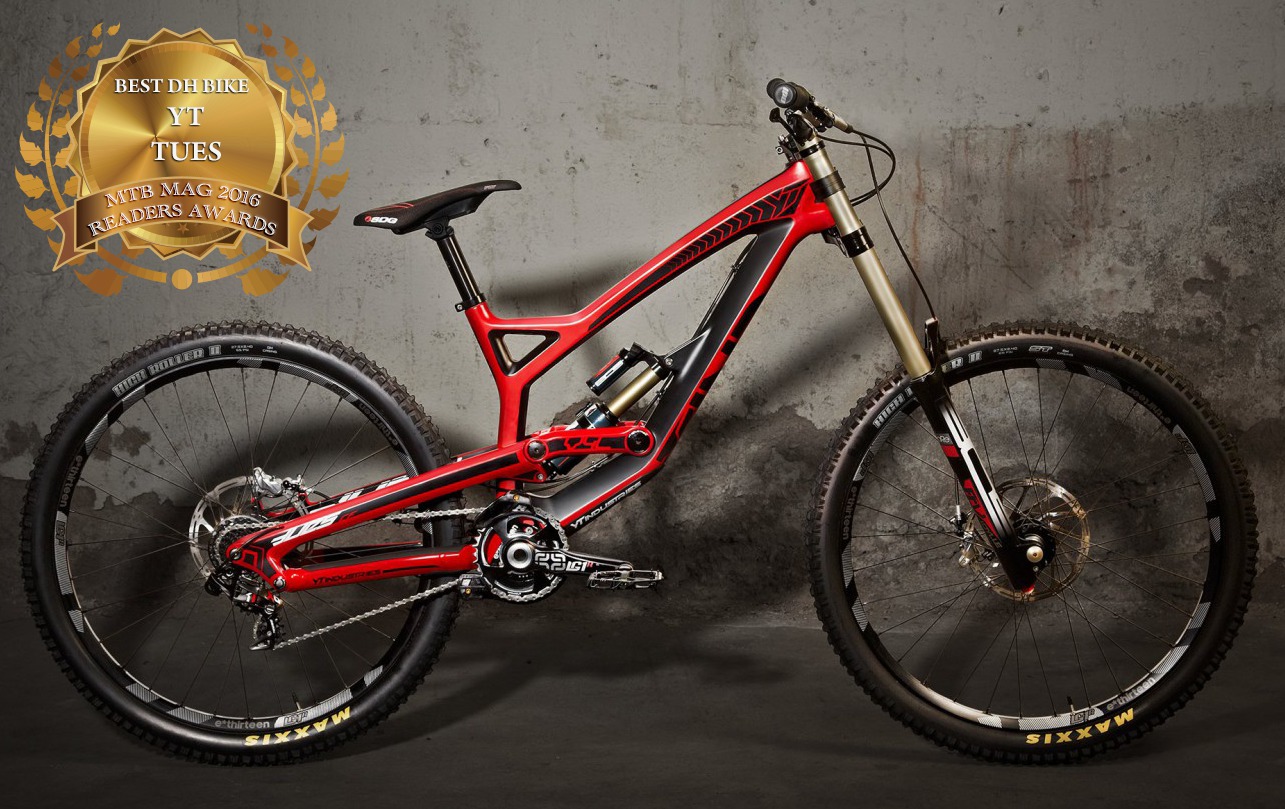