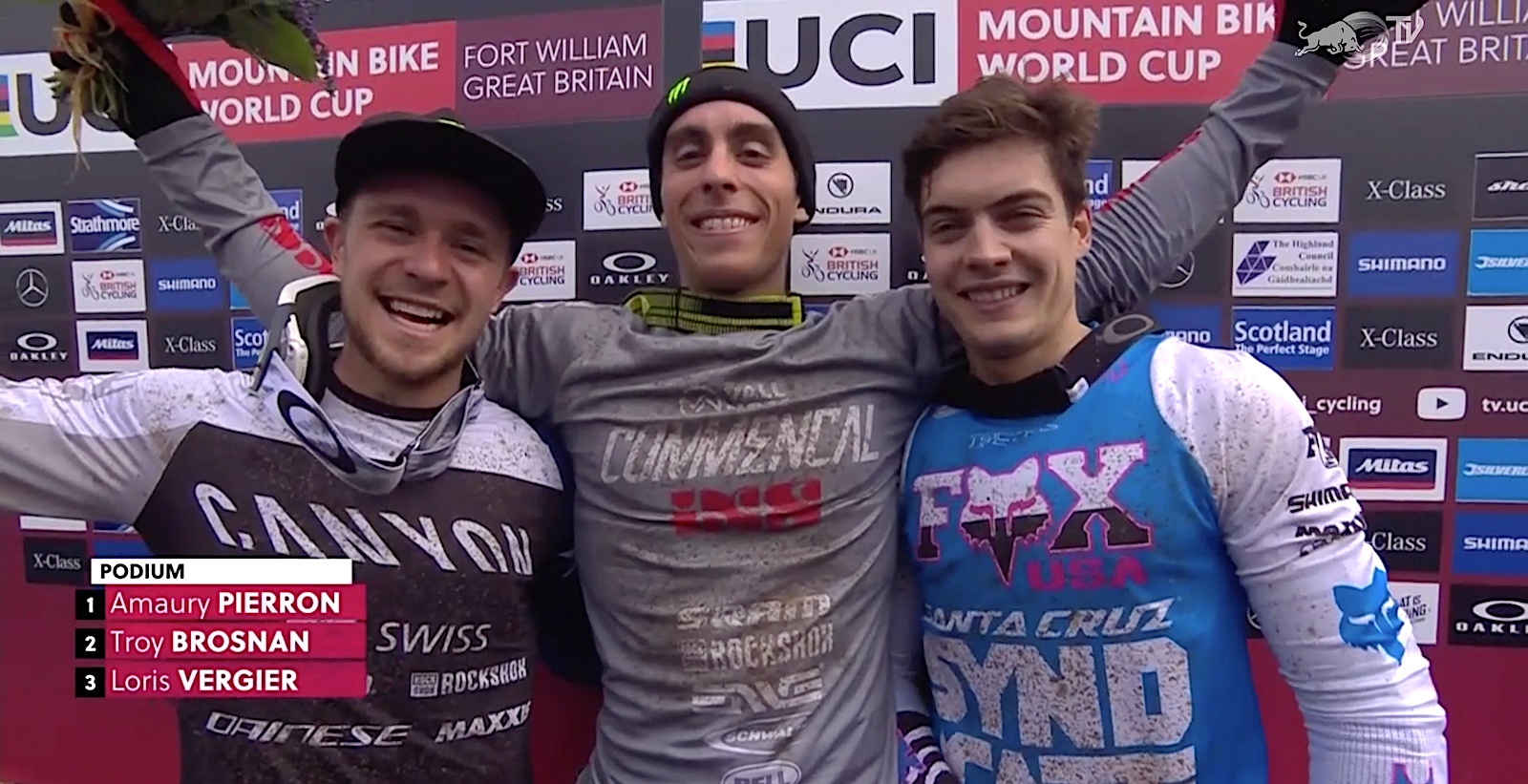 The final of the UCI DH World Cup round # 2 in Fort William was somewhat affected by the weather, with bad weather that insisted itself upon on the Scottish location throughout the day, with intermittent rain and very strong wind until the last 8 athletes left. When finally the wind calmed down and the sun came out, which started to dry the most exposed parts like the motorway – the wide final part of the track, scattered with big jumps. The race, until then was rather devoid of emotion, except for big crash from Aaron Gwin, began to heat up and become very exciting. Amaury Pierron’s descent reached peak excitement when he saved himself from going over the ‘bars right at the finish line. That run would take him back to the top step of the podium after dominating the 2018 season.

Troy Brosnan had to settle for second place behind the Frenchman despite a truly impeccable run with brilliant lines that only he dared to take. With the points earned in second place, he not sits at the top of the world cup ranking. Third place for Loris Vergier, who had the best time yesterday in qualifying, and managed his run really well, but not enough to beat the time set by Pierron and Brosnan, both of whom are particularly fit. Finn Iles was the first to take advantage of the improving terrain conditions, significantly lowering his time compared to the athletes who went off before him. He put down an aggressive and determined descent which he earned him fourth place. Danny Hart: needless to say that many would have bet on him, given the weather conditions … and most likely he himself would have preferred it to have continued to rain. Anyhow, he finished the final with an excellent fifth place, climbing to fourth place in the overall standings. 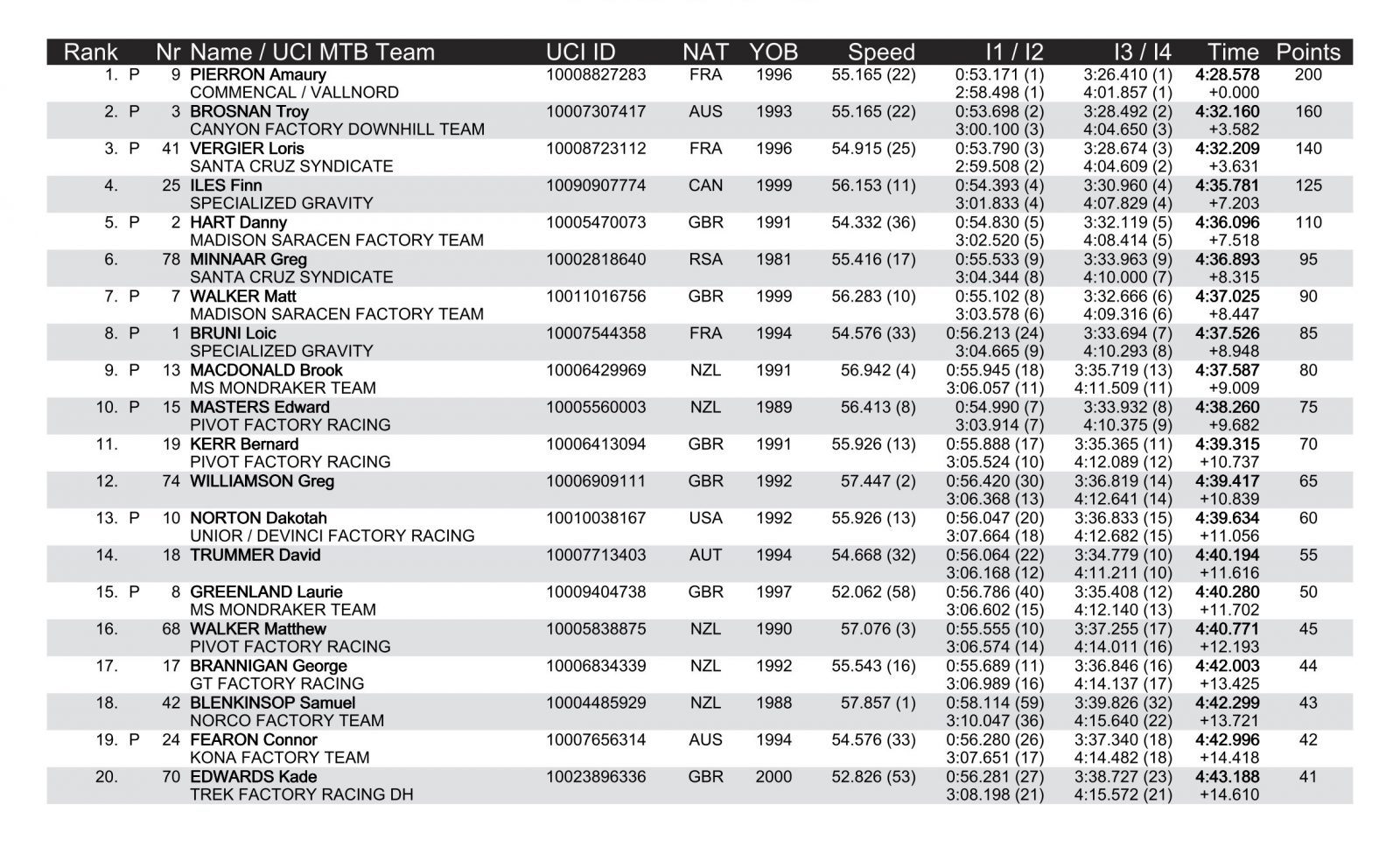 Rain and wind were inclement with the ladies instead. Rachel Atherton returned to the top step of the podium at Fort William, with a great run, although still far from her usual aggressive style and her peak form. Second place went to Tracey Hannah, winner of yesterday’s qualifying heat, which came close to the much sought-after-first-place career victory with two split times ahead of Rachel. She would end 1 second and 6 tenths behind due to time lost on the motorway section. Third position for Nina Hoffman, the German athlete who is developing a path of strong technical and athletic growth from the 2018 season. Fourth place for Marine Cabirou and fifth place for the Italian Veronika Widmann. 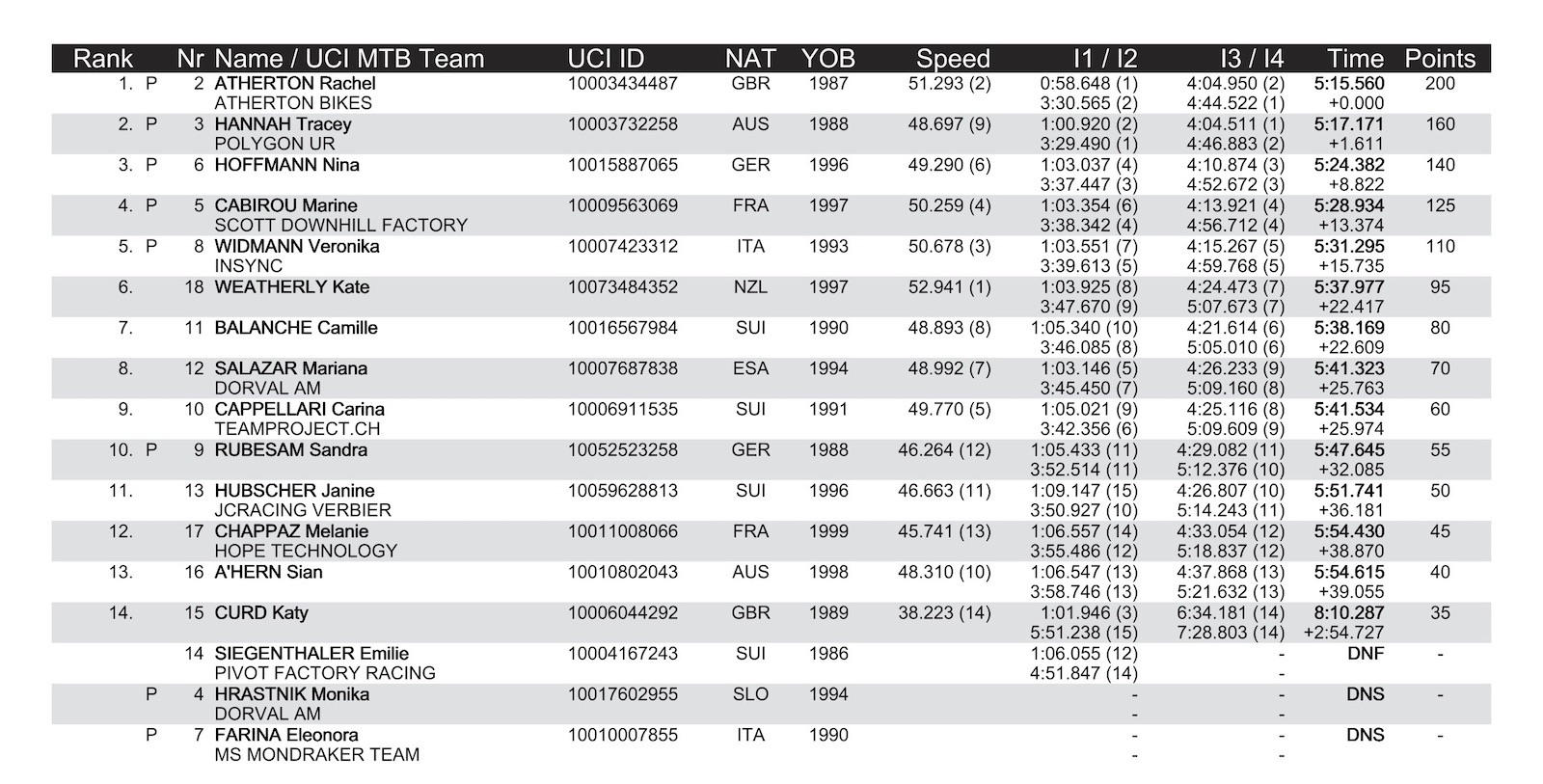 The young French athlete Thibaut Daprela continues his domination in the Junior male category, also winning the second round at Fort William. Second place for Luke Mumford, only 8 tenths off, while third place, just over 2 seconds back, goes to Patrick Laffey. There were several new names in the upper part of the ranking, with many athletes in their first year of the category, while the most famous Junior of the team factory ranks, apart from Daprela, showed to be having difficulty, closing the race quite far from the podium. 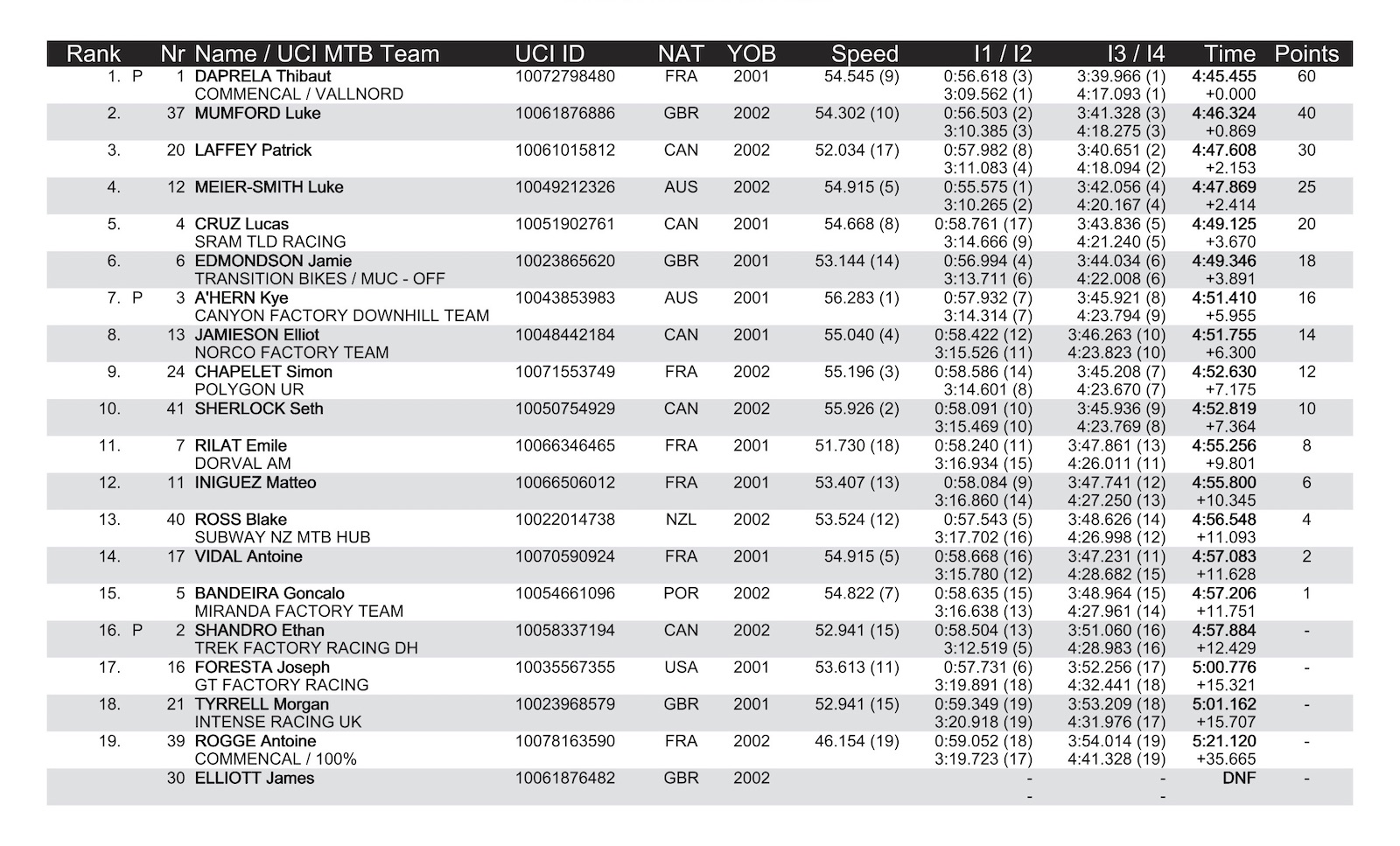 Valentina Höll, due to a crash broke her uninterrupted series of qualifying and final victories since she arrived at the World Cup circuit last year. The young Austrian arrived at the finish line about 3 and a half seconds back on Anna Newkirk, to whom she gave up the top step of the podium and the lead of the overall. Third position for Mille Johnset.

The next round of UCI DH World Cup will be held next weekend in Leogang, Austria.