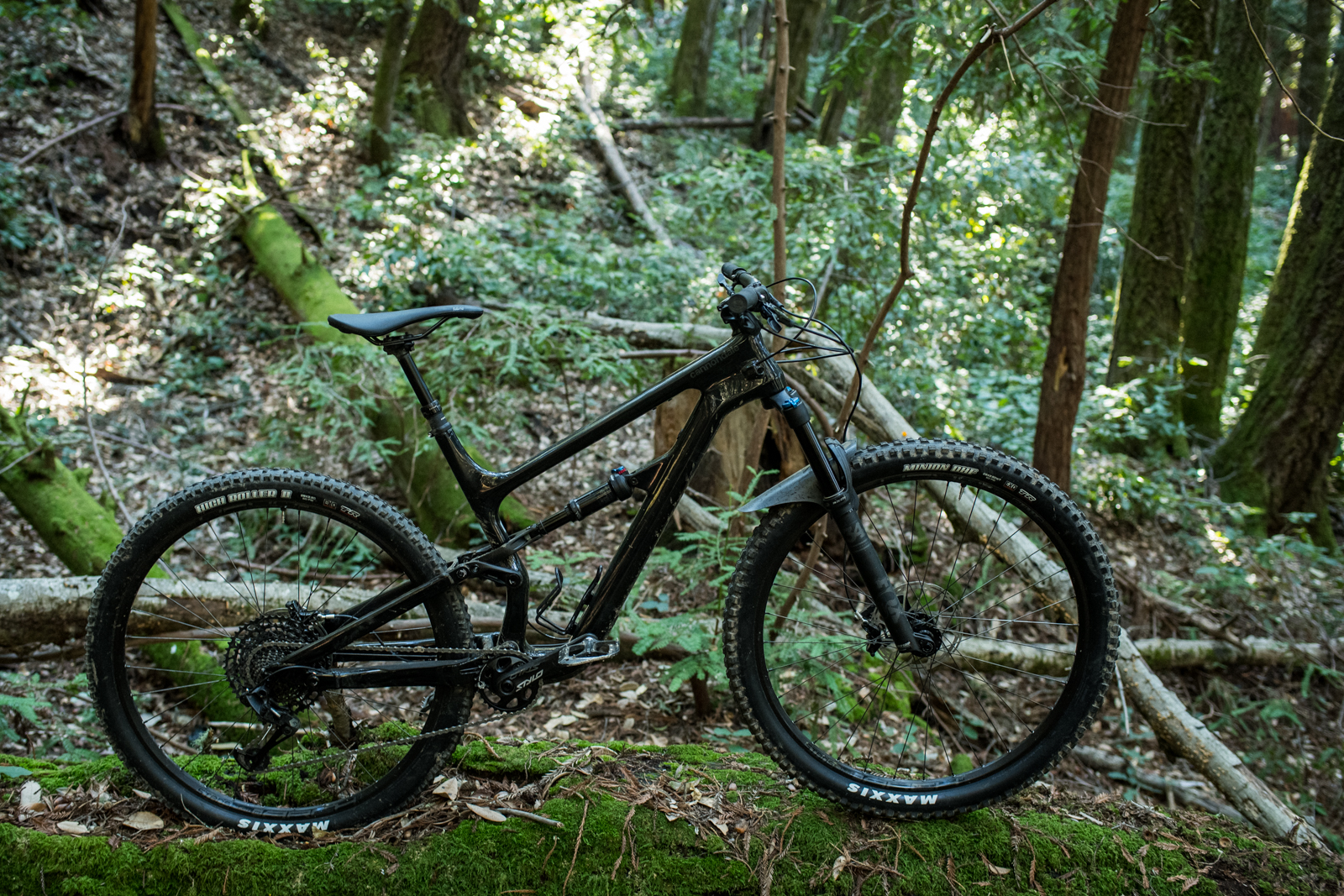 This winter we spent a good number of our rides aboard the $4,000, all black Cannondale Habit Carbon 3. You can find our summary of the bike, and some riding footage aboard the Habit in the video below. Read on for our full detailed thoughts and breakdown of the bike. 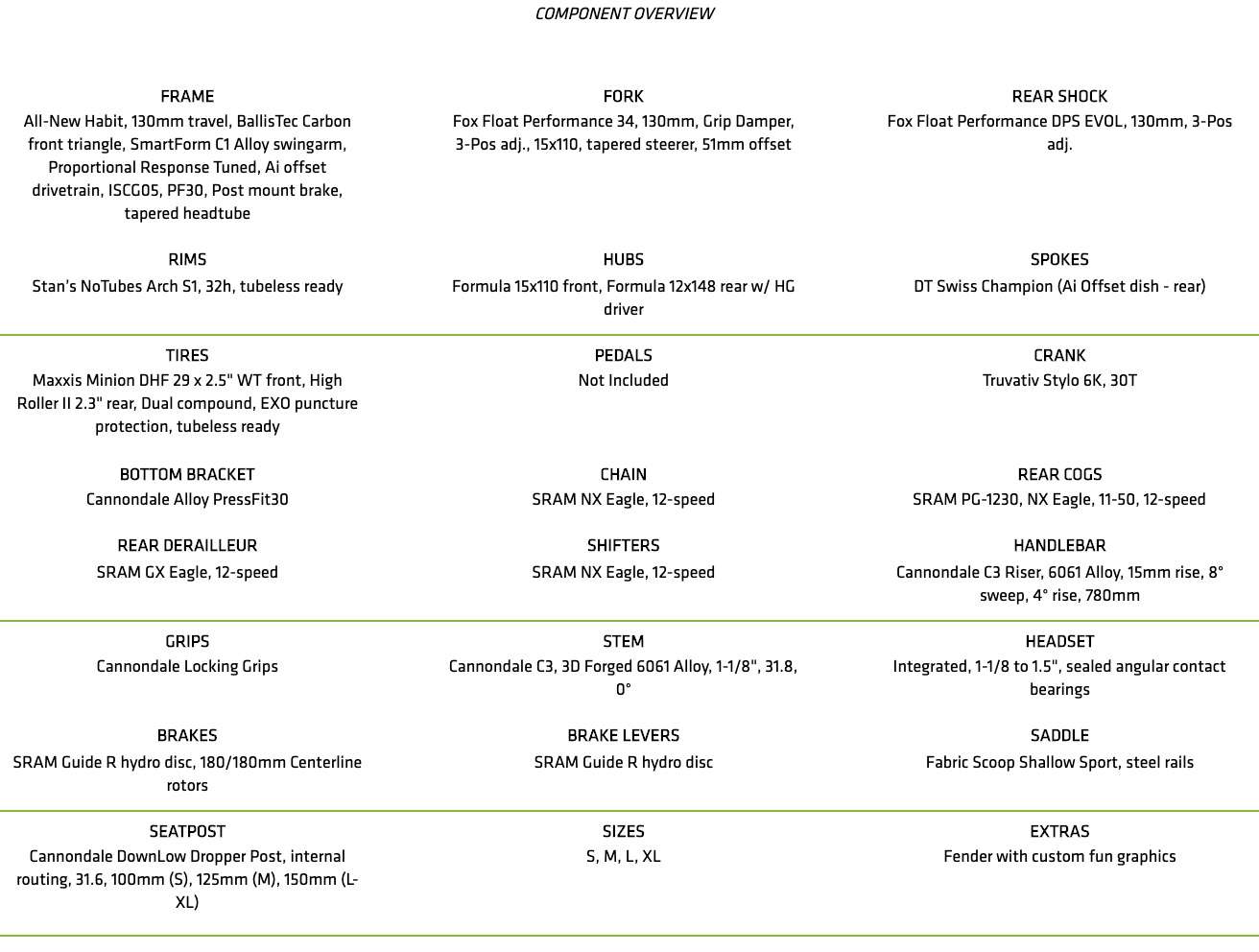 At $4,000, GX Eagle is to be expected, and we certainly wouldn’t be disappointed with the proven drivetrain, though we were a bit surprised to find that only the derailleur was GX spec, while most of the rest of the drivetrain parts were the lower tier NX. We understand the goal to bring cost savings to the consumer, but we felt the bike deserved a tad more than the lowest tier shifting components 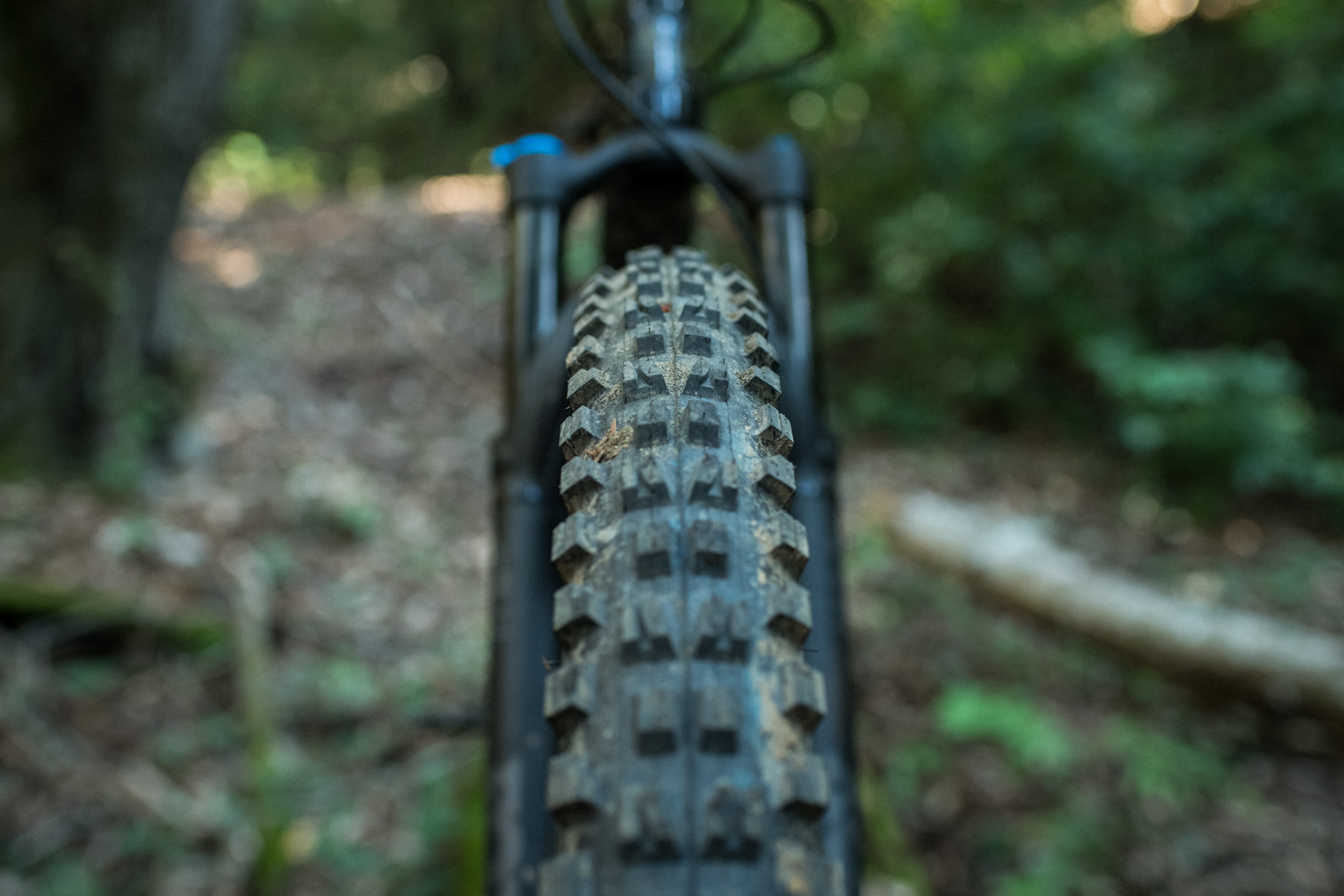 Maxxis rubber front and rear is a good choice by Cannondale, as it’s hard to go wrong with a proven Minion DHF in front (2.5 WT), followed by a  High Roller II in the rear (2.3 EXO). 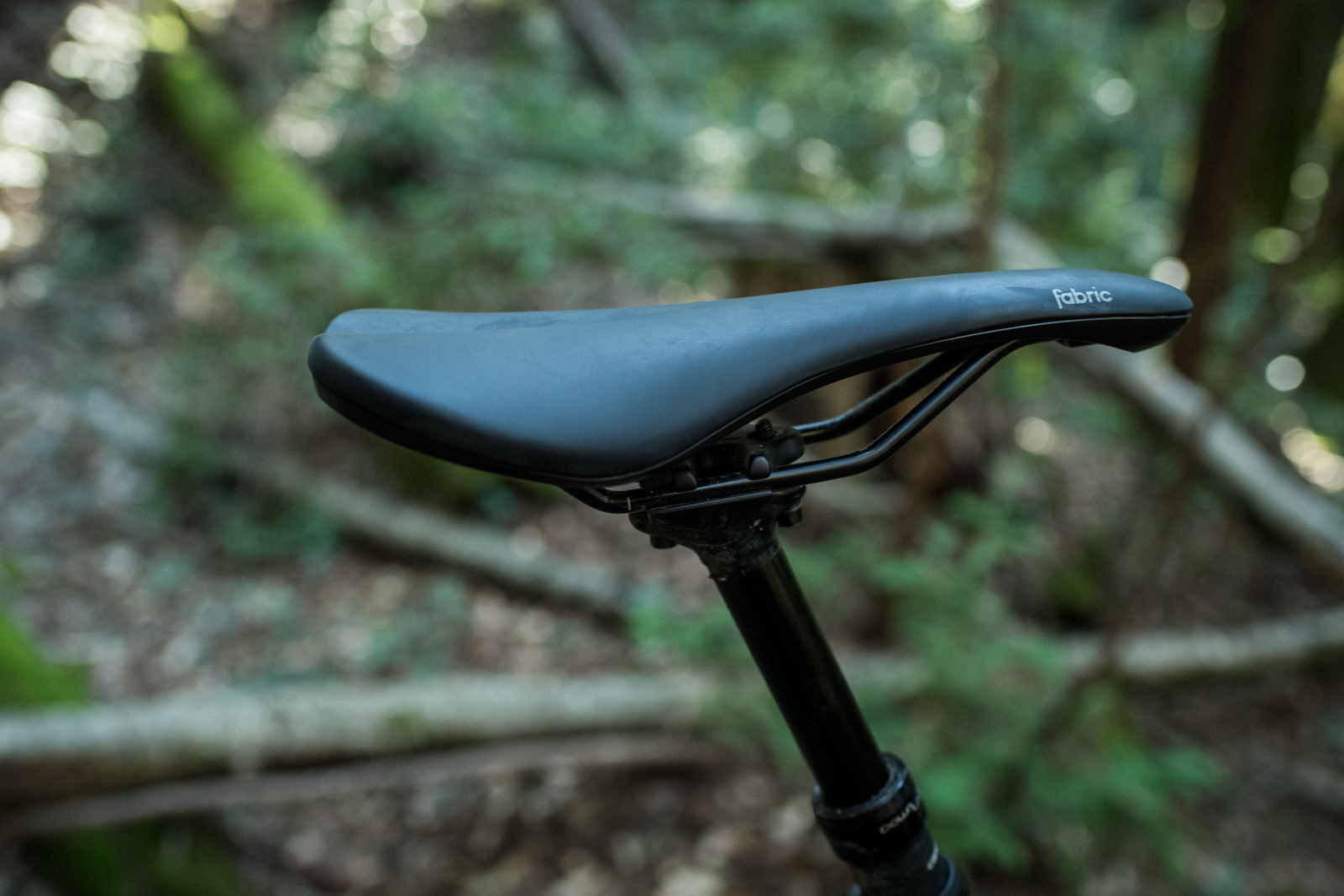 The 150mm house brand, cable actuated, dropper post left us with no complaints. As Fabric and Cannondale are under the same parent company, it’s no surprise the bike came with a Fabric Scoop Shallow seat, which proved to be quite comfortable, which all too often is not the case for stock saddles. A stock house brand cockpit isn’t anything to rave about, but served its purpose, and featured an 780mm width set of bars which worked for us. The cable routing on the head tube of the bike is quite neat and tidy, props to Cannondale for giving the frame a clean and sleek aesthetic. It’s worth noting that there is a cable routing for a bar mounted shock lockout, should one choose to opt for one. 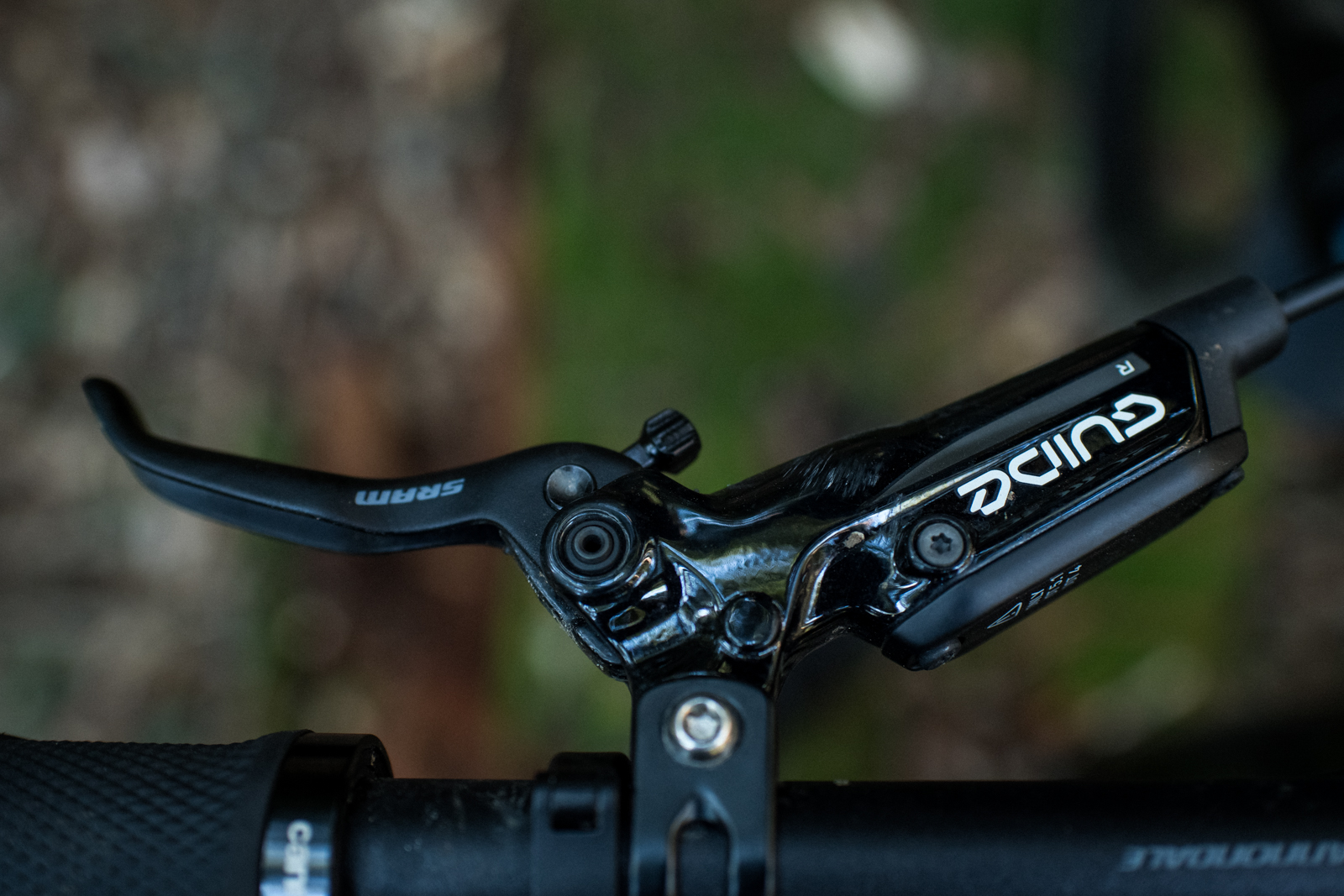 The SRAM Guide R brakes come on a huge number of trail bikes that share a similar price point to the habit, and thus we’ve ridden them on many a test bike. We have no complaints in regard to the lever feel, modulation, or design, but we certainly haven’t had the best luck with the brakes needing to be bled all too often, and sometimes (in the case of the Habit) coming out of the box with the pads a bit contaminated. That being said, if everything is clean and set up properly, the Guide is a great brake. On a bike like the Habit with an aggressive disposition and 29″ wheels,  a 200mm front rotor would have been a wiser choice.

The Fox Performance 34 fork with the Grip damper faired well, even on some of the more harsh hits, but we’d step up to a 140mm fork up front without hesitation, especially given that it’s an easy, affordable swap. A Float performance DPS Evol shock handled business in the back, though ours didn’t quite cut it on the larger impacts, as the bike is quite linear. Ideally, we’d like to see the Habit ship with some volume reducers for the fork and shock.

Touching on the idea of bringing consumers a high end bike, for a reasonable price, well that’s totally something we support, and that being said, some corners aren’t worth cutting. Wheels are a key point of contact with the terrain, and thus low tier hubs laced to fairly flexible rims certainly aren’t confidence inspiring. Having ridden this stock wheelset on another bike in the past, we found it to have a particularly noticeable affect on the Habit due to wheel size and suspension kinematics. The low level of engagement from the rear hub leaves a lot of slack in the chain while the bike is compressed, thus making things really loud and ‘slappy’ over any bumpy terrain. More demanding riders will like to see better engagement in the rear hub, if not anything else. 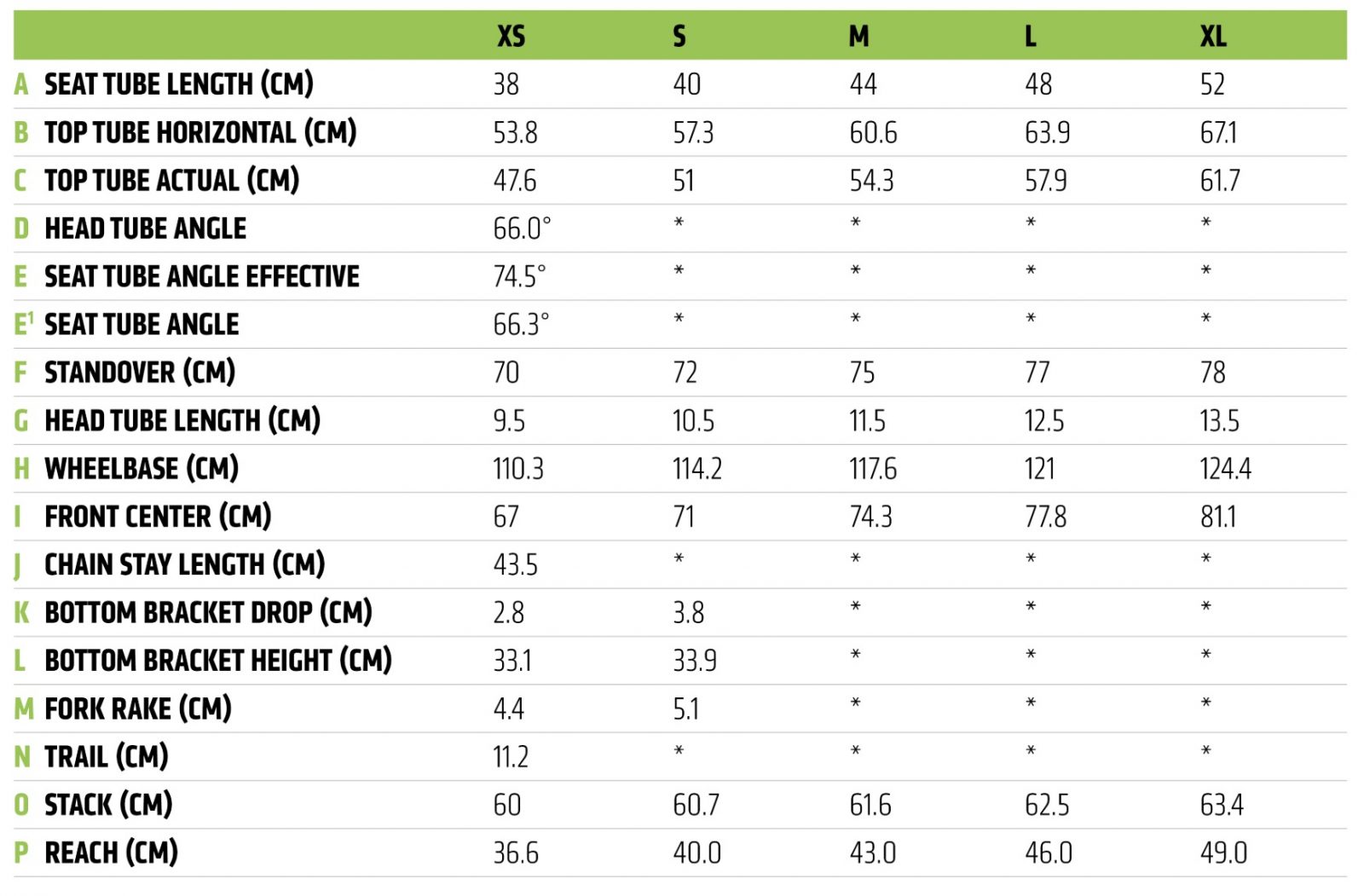 The Habit felt a bit long to our tester on the first few rides, but that’s only because he typically rides a size medium. The reach is not particularly long, at 43 cm (430mm).  A chainstay length across all frame sizes of 43.5 cm (435mm) is short-ish these days for a 29″ bike, which made for good climbing traction, and a reasonably playful feeling for a big wheeled bike. At 66° the head tube angle is fairly aggressive and well suited for even steep trails. 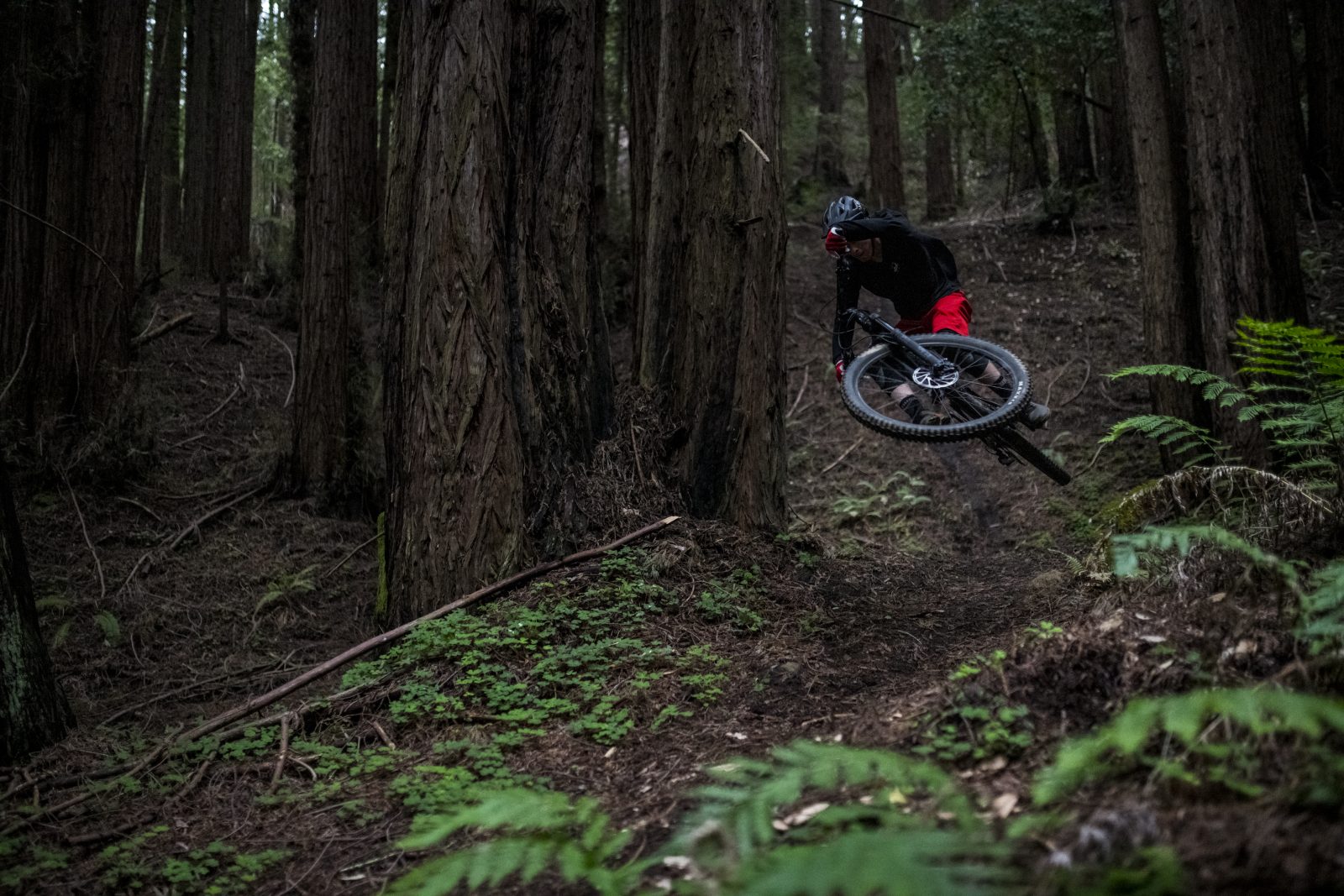 The Habit didn’t take too much time to get accustomed to, and felt quite predictable right from the start. The pedaling performance took us by surprise, and we found the bike to remain high in the travel and not sag all that much when sprinting up quick climbs. The suspension is relatively smooth in the small bumps and undulations in the trail, but we found there to be little mid-stroke support. The fairly linear suspension is something that makes the bike perform in a predictable way, but didn’t suit our tester’s style, as on many jumps and larger hits, the shock (nearly regardless of pressure) would bottom out. We’d say a volume reducer or two would help with this, and as mentioned above should likely come with the bike. 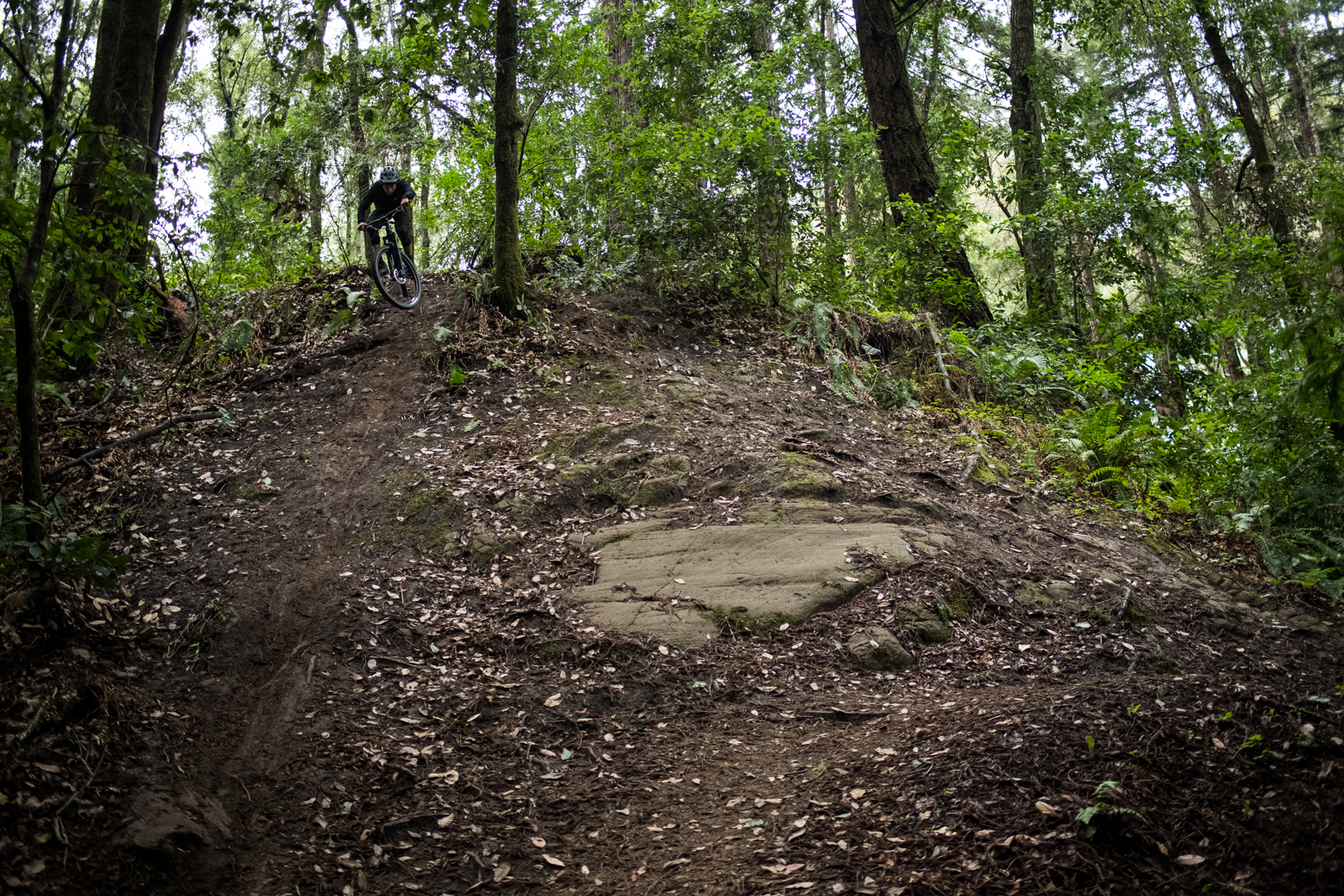 When on smoother terrain, regardless of how steep, the Habit is comfortable, and quite stable for a 130mm bike. In more rough terrain, the Habit is a bit less predictable, and is prone to getting bounced around a bit. 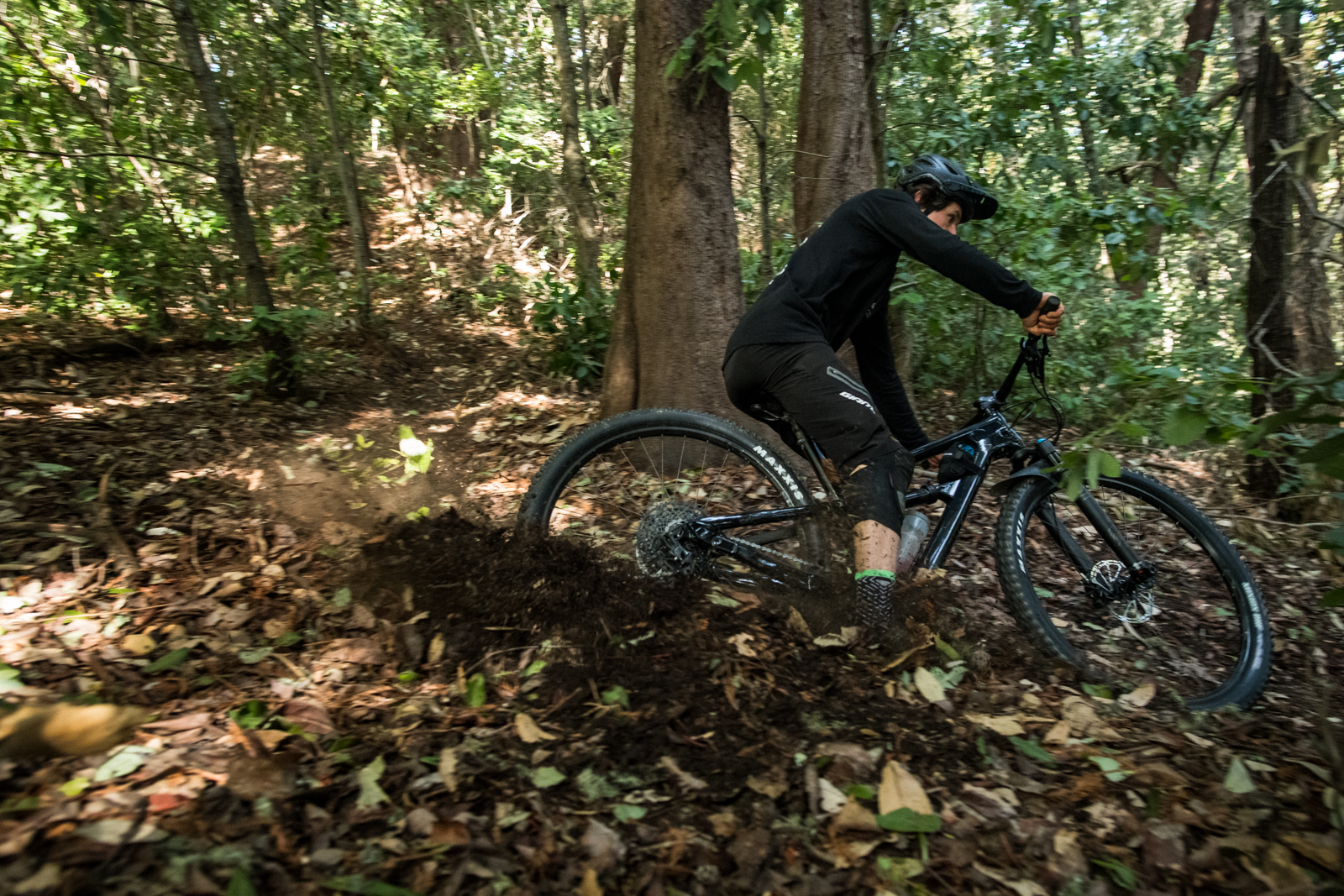 We found the Habit to feel quite fun in the corners, it’s not particularly fast around turns, but the rear end on the bike does allow you to place weight in the right areas, be it to drift into a rut, or track around a wrapping berm.

Through both the re-branding of the company, and newly designed bikes, it’s obvious Cannondale is making a dedicated and well thought out push to be a top contender again. With the Habit, we found a bike that looks very good, doesn’t scare anyone away with an alien design or geometry, and rides well in most terrain. If you’re looking to get rowdy, we might suggest looking elsewhere or to go with a higher end spec, but that being said, maybe a 130mm 29″ isn’t where you should have been looking in the first place. If you’re looking for a clean looking, well made trail bike that’s fairly well rounded at a good price, the Habit 3 undeniably fits the bill, but may need some upgrades down the road.