Fort William welcomed athletes from the UCI DH World Cup circuit with the typical Scottish climate: rain, wind and cold temperatures. Compared to yesterday’s practice, today the rain gave respite, but the track on Mount Ben Nevis remained coated with mud and predictably challenging. The most effective at navigating the treacherous terrain and the never dull track was Loris Vergier. In second place the overall winner of the 2018 season was Amaury Pierron, only 6 tenths of a behind his fellow countryman. Third place went to Troy Brosnan at over 4 and a half seconds from the best time of the day. In fourth place was Reece Wilson while Danny Hart closed out in fifth position after a spectacular comeback from 23rd place at the first split. 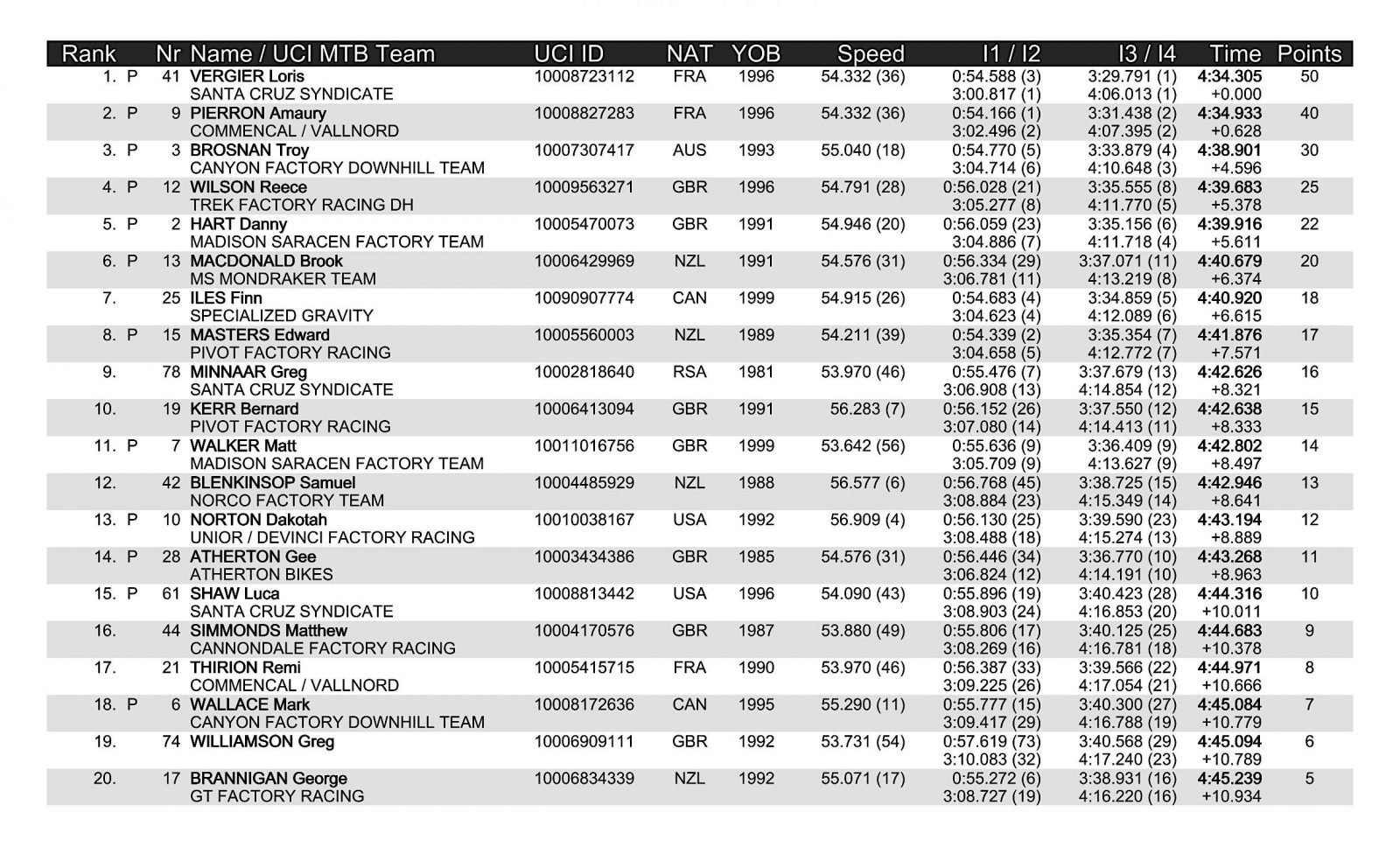 The women’s category is very special, obviously influenced by the track conditions. Tracey Hannah repeated her first place in Maribor qualifying by closing with the fastest time at Fort William, almost 4 and a half seconds ahead of Marine Cabirou. Third place for Rachel Atherton who finished her run over 10 seconds back from Hannah’s time. Tahnée Seagrave, winner of the first round of the circuit in Maribor, remains sidelined from the race and probably for the rest of the season due to a crash during practice which caused a devastating shoulder injury. 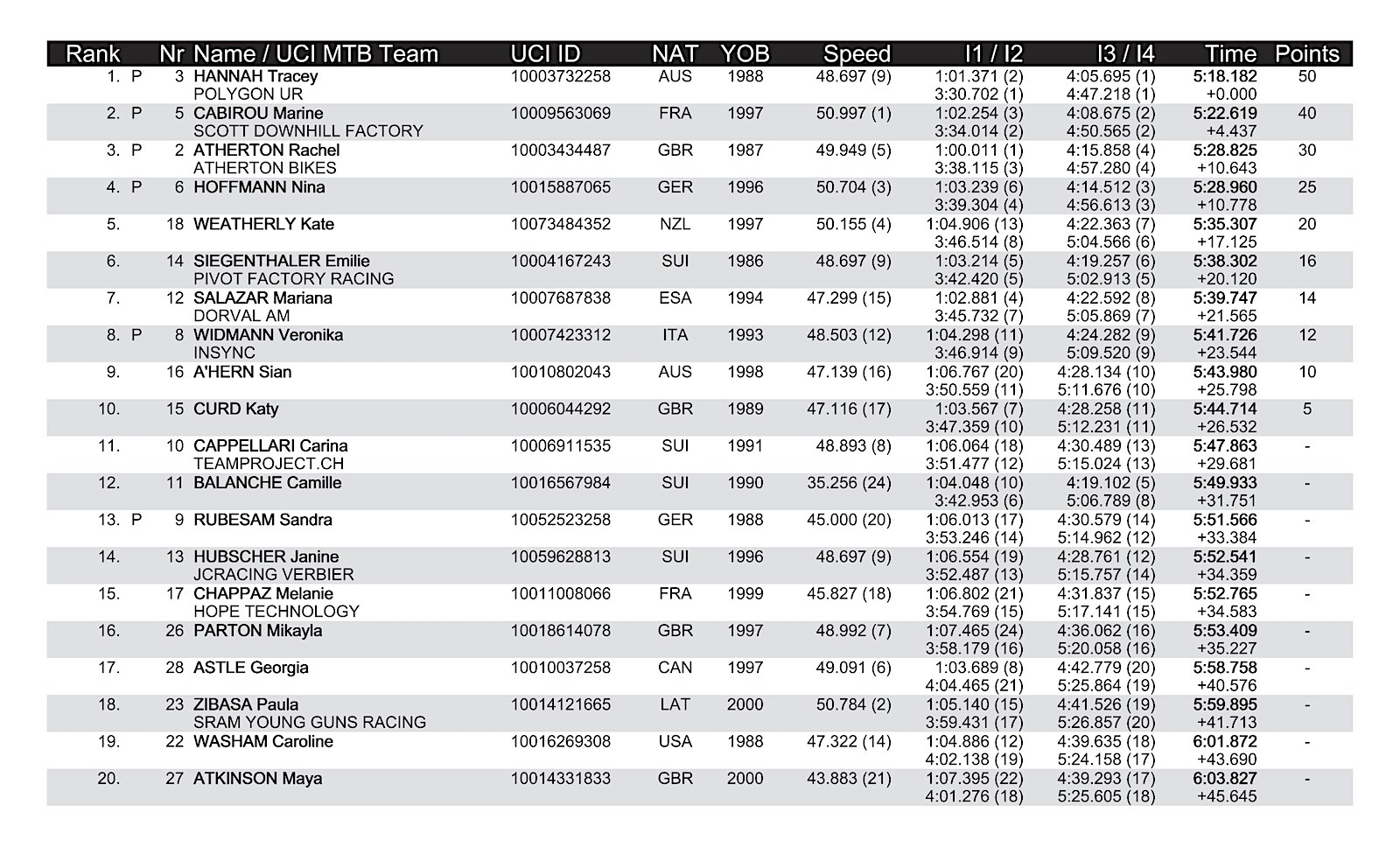 In the Junior qualifying round there are some changes compared to the usual handful of names that normally occupy the top positions, not so much for the first place, which was won by the winner of the first round Thibaut Daprela. In second and third position were two athletes racing in their first year of World Cups, Australian Luke Smith-Meier and British Luke Mumford. 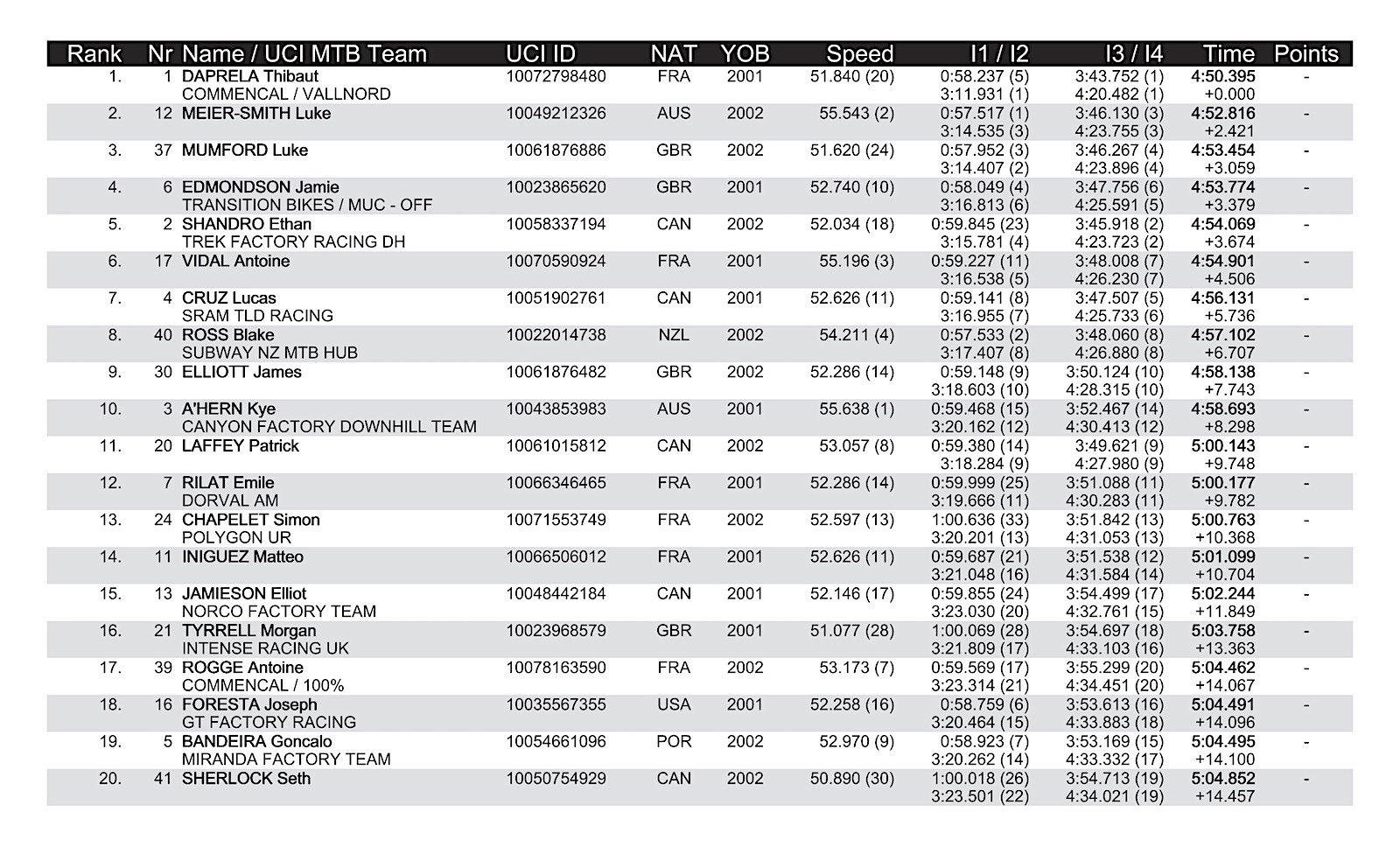 Valentina Höll keeps destroying the Junior women’s category by starting Fort William by winning the qualifying round and, as usual, with a competitive time also in the Elite Women category. She put about 16 seconds into Mille Johnset, the young Norwegian of the Atherton team, followed by an even greater lead on the American Anna Newkirk.