It was tight tight racing and the dry tires came out today…Some slick spots were still lurking about though.  Remi Thirion spent a fair bit of time in the hot seat until he was bested by Connor Fearon who threw some of the most mental scrubs we’ve ever seen. 2014 winner Ratboy had  a bobble up top and finished a ways back. Luca Shaw was up on Fearon and on form until a slick corner would take him out.  Bernard Kerr would throw down a huge run and take Fearon out by just under half a second, only to get bumped by Greg Williamson by just 7 hundredths of a second.  Troy Brosnan absolutely blew the doors off, up by just about 4.5 seconds on Williamson’s time.

Into the top 5, Minnaar would have a sloppy run, riddled with dabs – but would go into second just 2.3 back on Brosnan. Danny Hart came so close, bumped Minnaar down, but couldn’t topple Troy.  Mike Jones went down and eventually Loris Vergier would finally bump Troy down to 2nd place after besting him by just under a second with a WILD run.  It was all down to Gwin…Game over.  3 seconds up on Vergier, dashing his hopes of a win.

Well in the women’s, Rachel did it…10 races in a row.  Another race, another huge spread.5.3 seconds up this time.  Good to see Miranda Miller back in the ranks and healthy, in 3rd place.

In men’s juniors, Gaetan Vige took the win over Finn Iles by just over half of a second. Elliott Heap, who won qualifiers finished back in 5th. 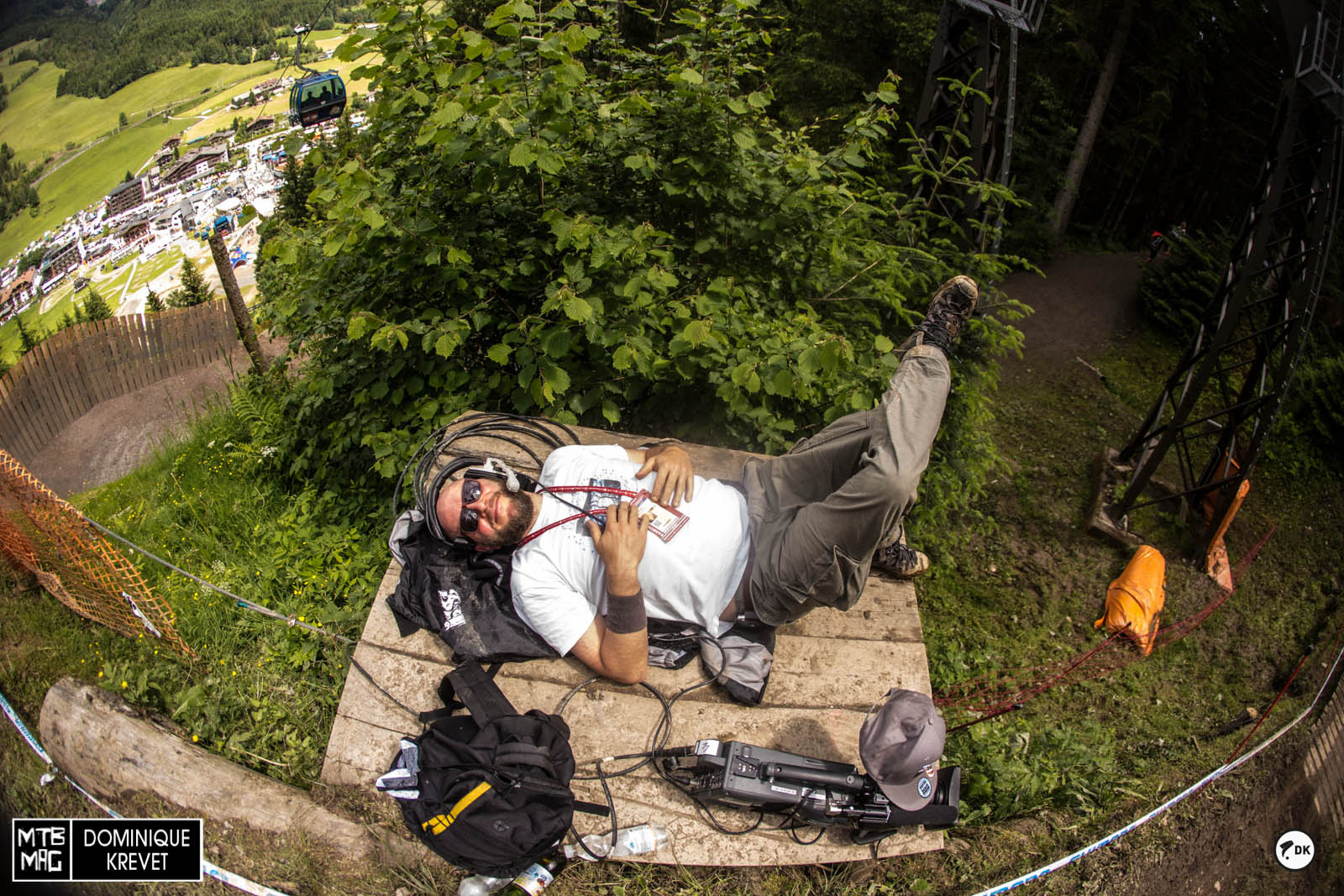 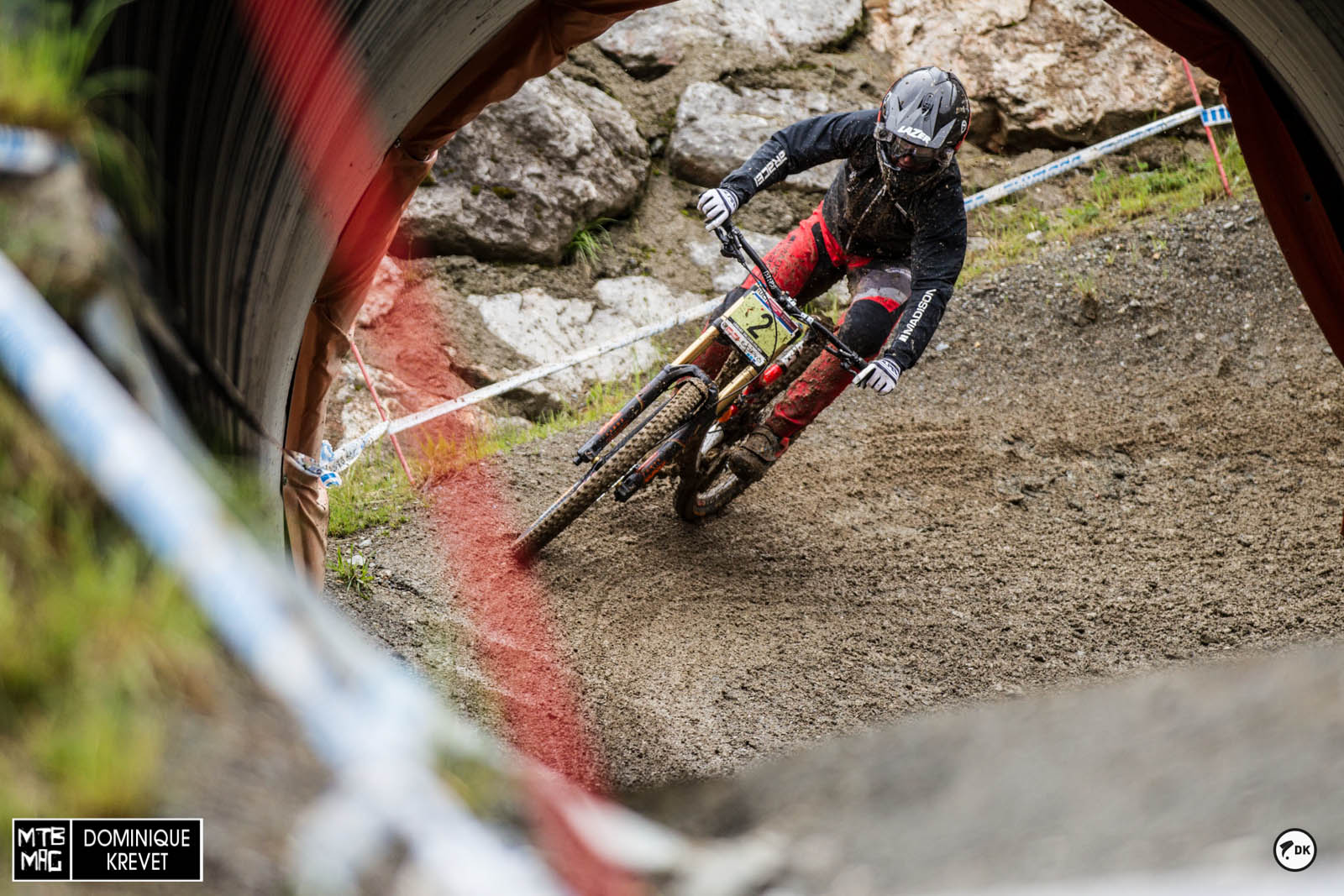 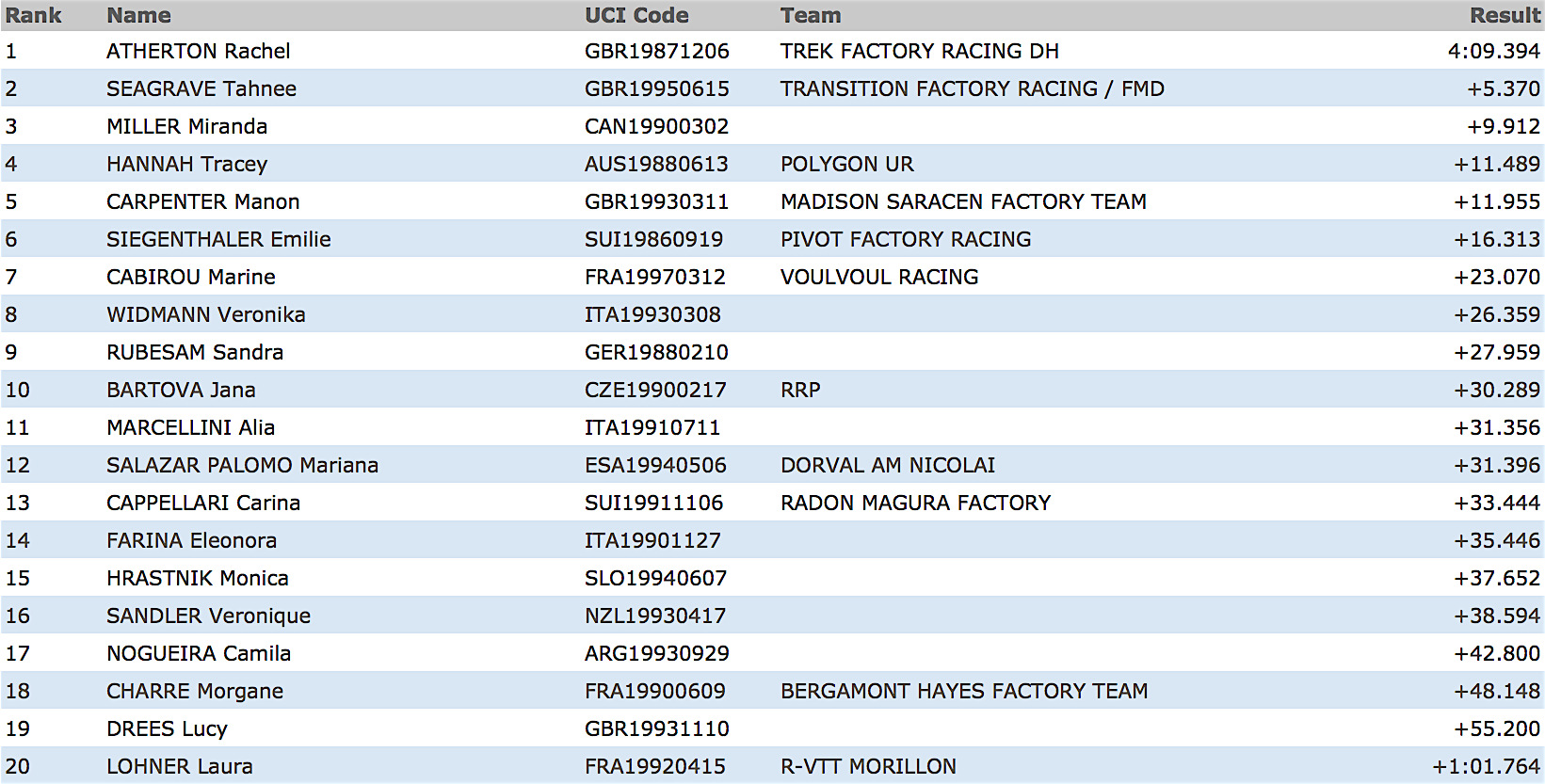 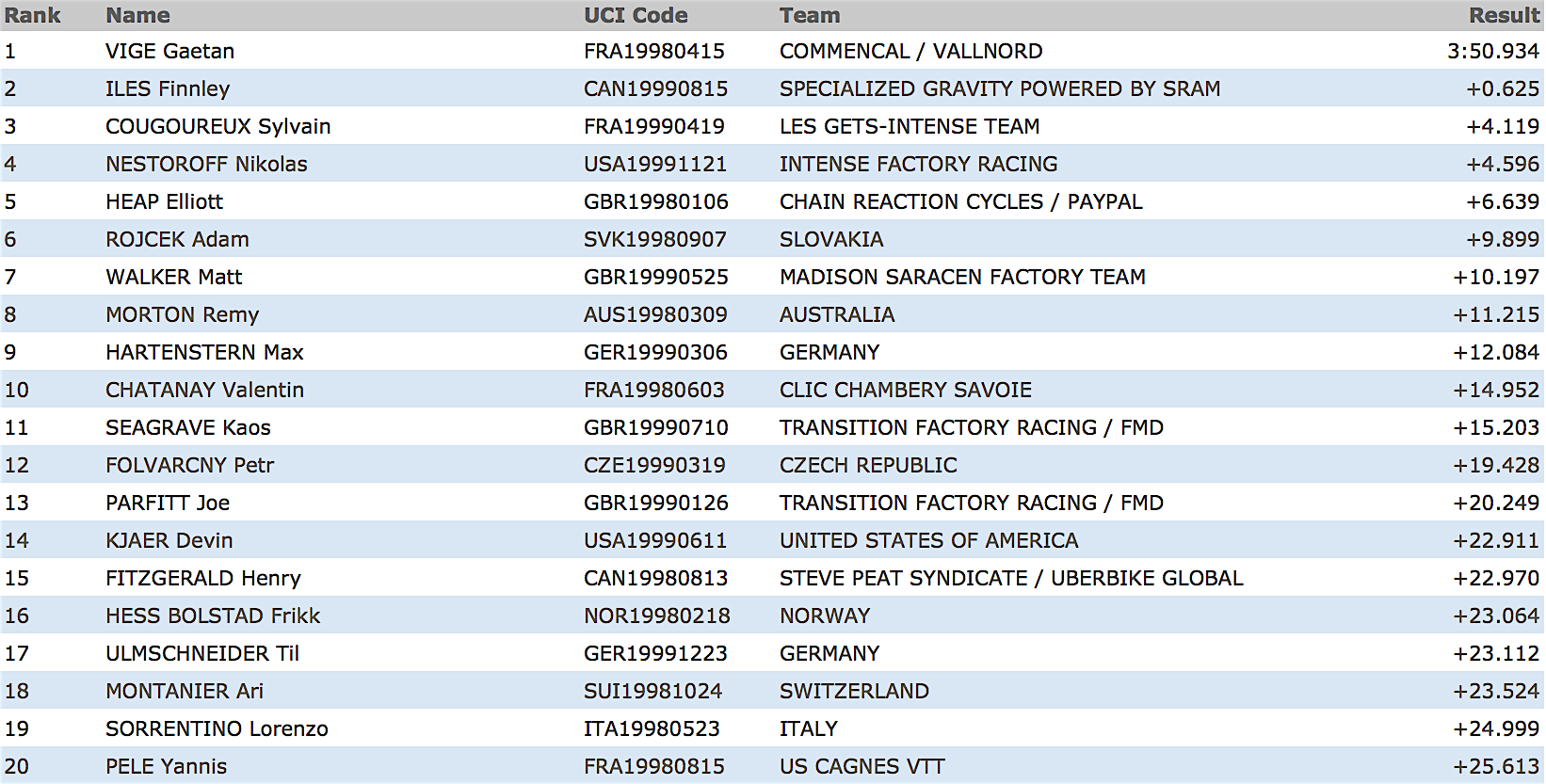