The first round of the  UCI DH World Cup is officially back in swing today, kicking off the 2019 racing season with the qualifying round in Maribor. For years, the Slovenian location has been one of the main tracks of the DH world circus, hosting the world cup from 1998 to 2010. After nine years of absence from the circuit, this year it is back in style to open the season with a track which is partly comprised of famous sections in the past, including the high speed rock garden. Here you can see it previewed by Francesco Colombo’s helmet, taking into consideration that today during the qualifying it rained so the ground was wet and very slippery due to the mud.

Mark Wallace was the best at managing the surface conditions and finished with the best time in qualifying. Almost two seconds of advantage separate him from second place Aaron Gwin, while another Canadian, young Finn Iles, took third position. Fourth place for Laurie Greenland and fifth place for Loris Vergier. After a rough year last year, it was great to see George Brannigan in the top 10. 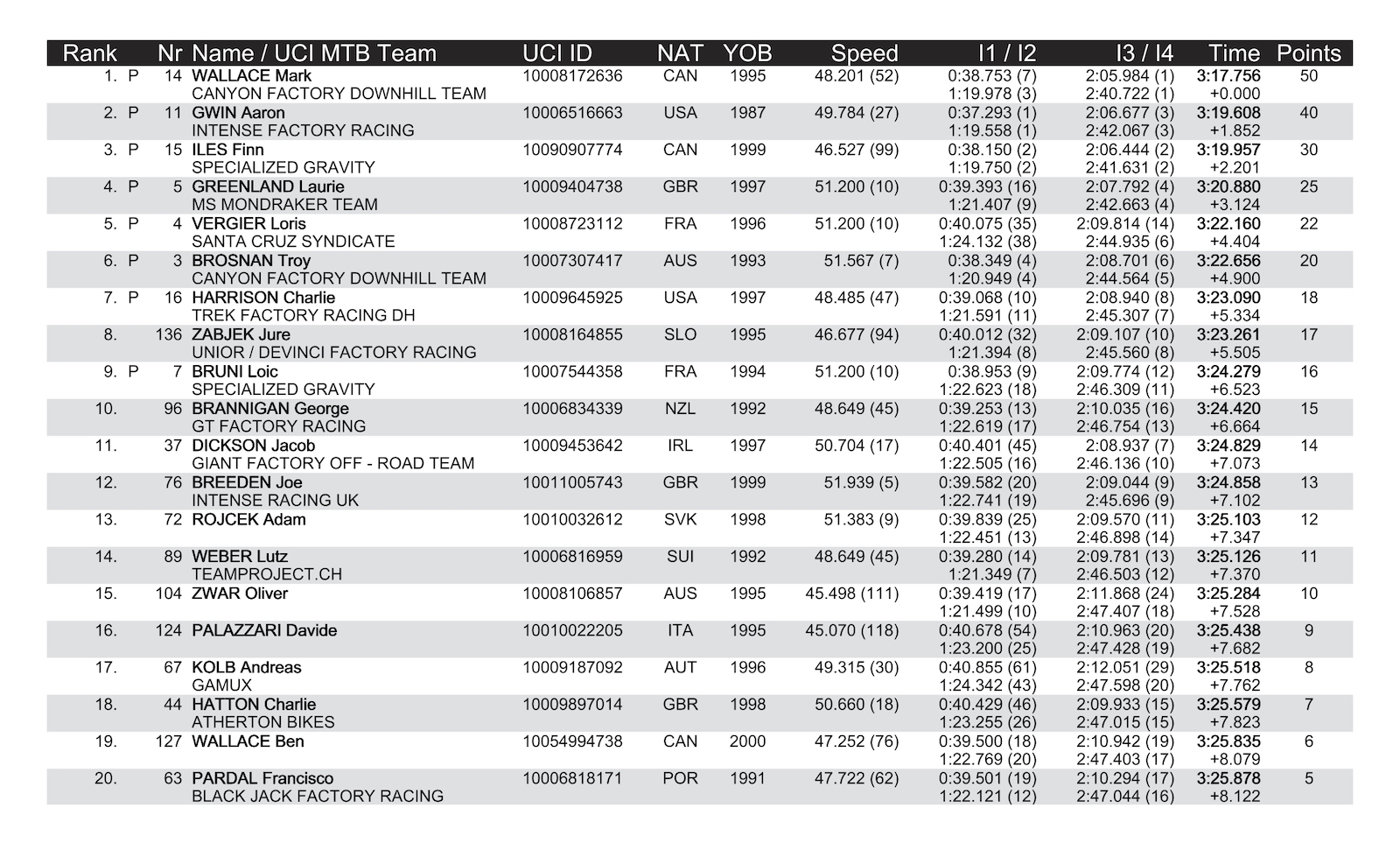 In the women’s field, Tracey Hannah took the qualifying heat of the first round of the UCI DH World Cup 2019, besting world champion Rachel Atherton by more than two seconds. Third place for Tahnée Seagrave followed in fourth place by the German outsider Nina Hoffman while the local Monika Hrastnik closed it out in fifth position. 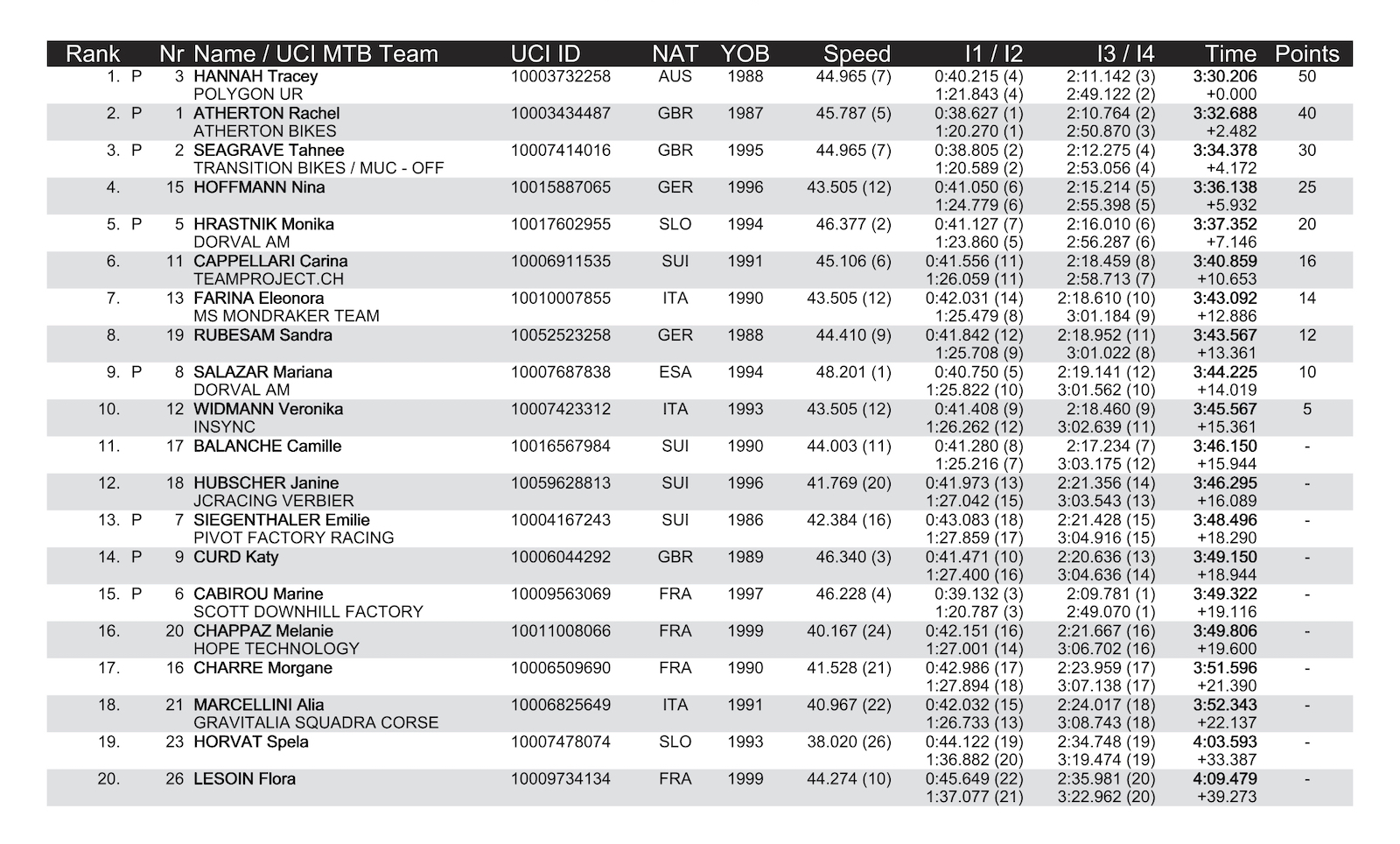 Thibaut Daprela marked the fastest time among the Juniors, with almost 3 seconds ahead of Ethan Shandro and almost 5 seconds up on the other favorite in the category, Kye A’Hern.

Nothing new in the women’s Junior category where Valentina Höll unsurprisingly took first place, but with a relatively small gap compared to what she had gotten used to last season: about 9 seconds up on Anna Newkirk and 12 seconds on Mille Johnset. Impressive is the fact that the Junior world champion has marked a time of almost 3 seconds less than that of Rachel Atherton, which would have earned her second place in qualifying among the Elite, but it must be considered that the Junior categories rode on a track that was still dry.

Tomorrow the final round will be aired on the live stream on Red Bull TV.