Albstadt 2019 proved to be a truly epic race! Schurter and Van der Poel battled it out from the first meters, blasting at a frenetic pace that only Lars Forster, Nino’s team-mate, managed to hold, but the lead was taken shortly afterwards by Mathias Flückiger and Jordan Sarrou, who took advantage of a slip on Forster’s grass to overtake him. 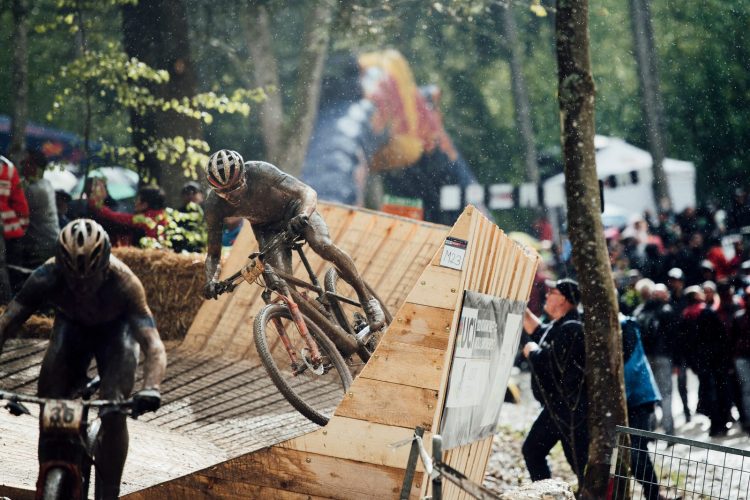 At that moment, the sky opened up and it begins to rain. Nino Schurter was not able to keep up and was quickly overtaken by Van der Poel. 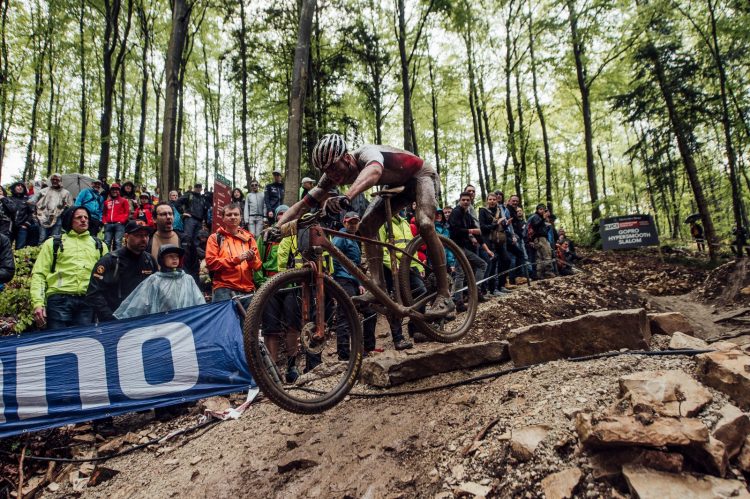 Lars Forster payed even further for his early revving in the race, with two more crashes. The last one was more definitive as he needed the help of marshalls, who brought him back to the paddocks. 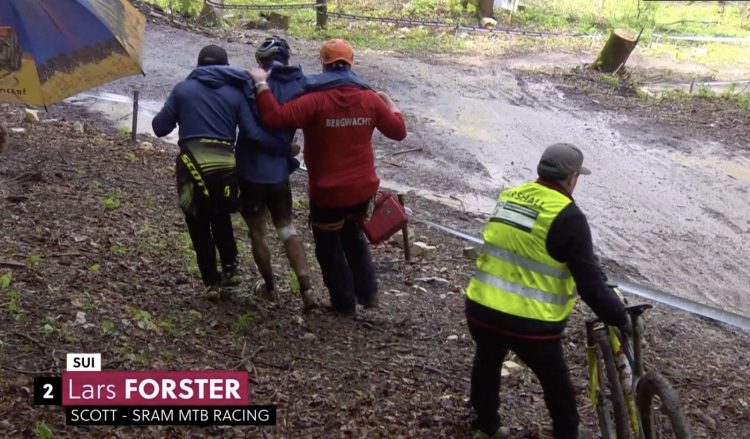 Meanwhile, Van der Poel seemed to have regained his energy and launched an attack on the top positions, breaking from  Schurter, who struggled as never before in recent years. 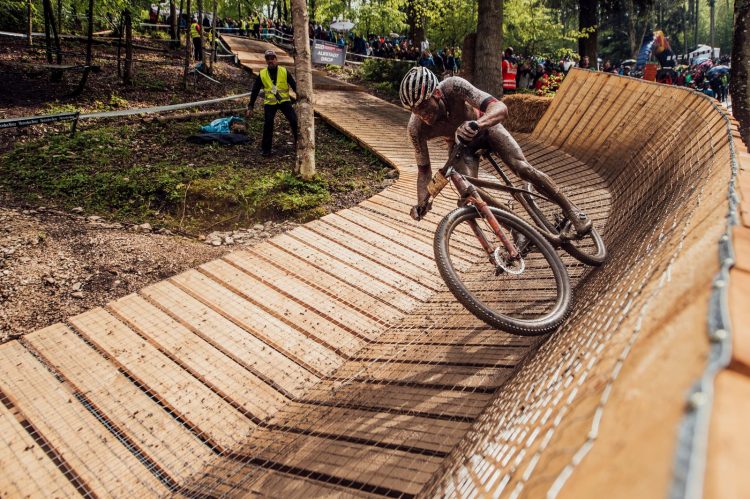 Flückiger on the fifth lap broke away from Sarrou who seemed to have a sufficient advantage on MVDP to close out the race in second position behind the Swissman, but the pulled out every bit of power during the last lap and overtook Sarrou, finishing in second place. Flückiger thus won his second world cup race, the first being in 2018 at Mont Sante Anne. Schurter ended up in sixth. 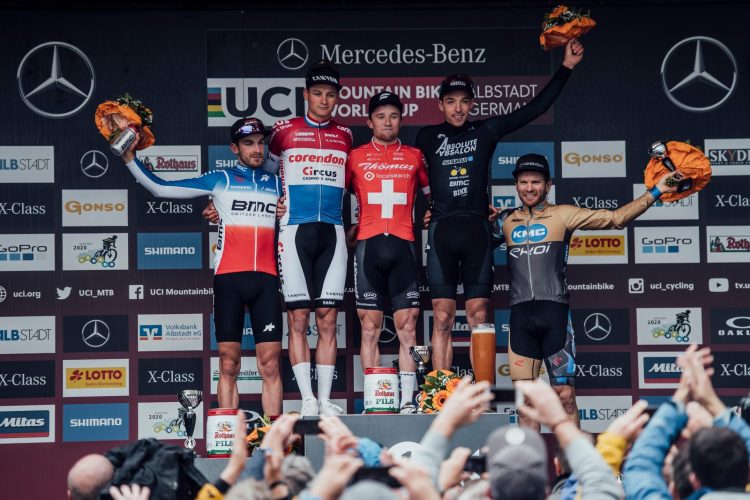 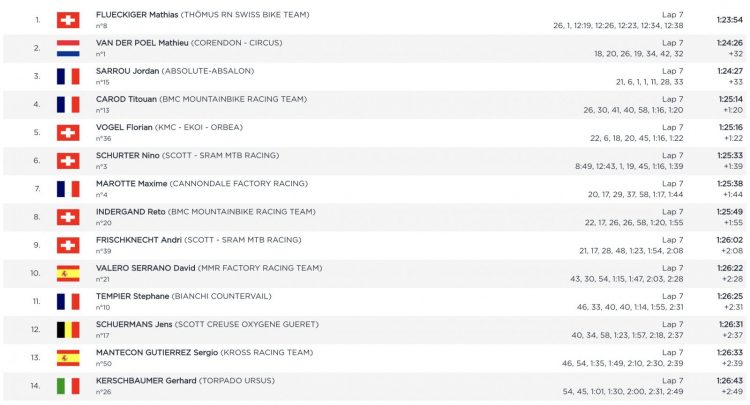 Kerschbaumer and Colledani finished in the top 20. 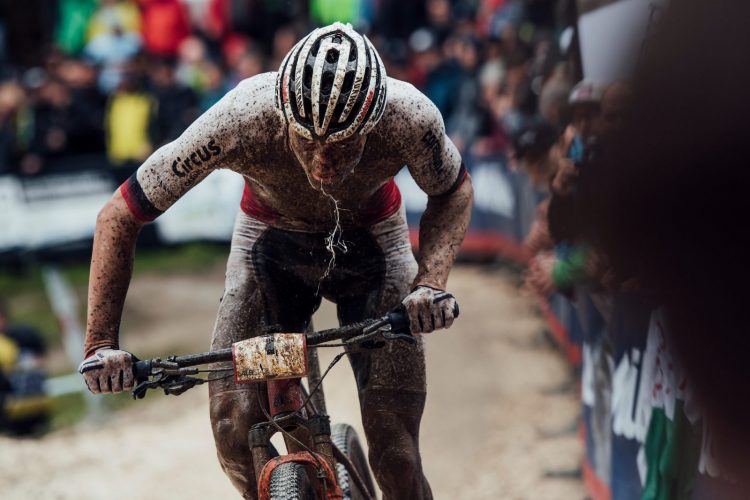 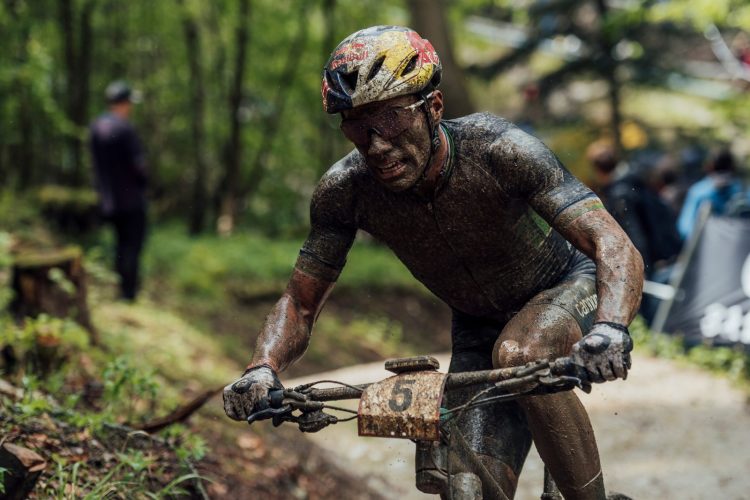 The women’s race saw the first victory in the World Cup from American 2019 World Champion, Kate Courtney. Kate recently left Specialized and was picked up by the Scott Sram Racing Team.

Despite a crash on one of the new wooden sections, made slippery by the mud, she never lost the lead of the race. A fall in the exact same spot instead cost the second position to Anne Tauber, who never really recovered from the blow. 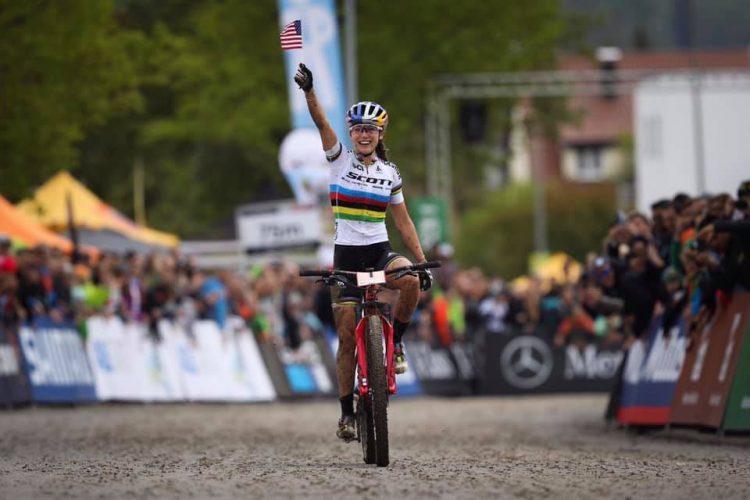 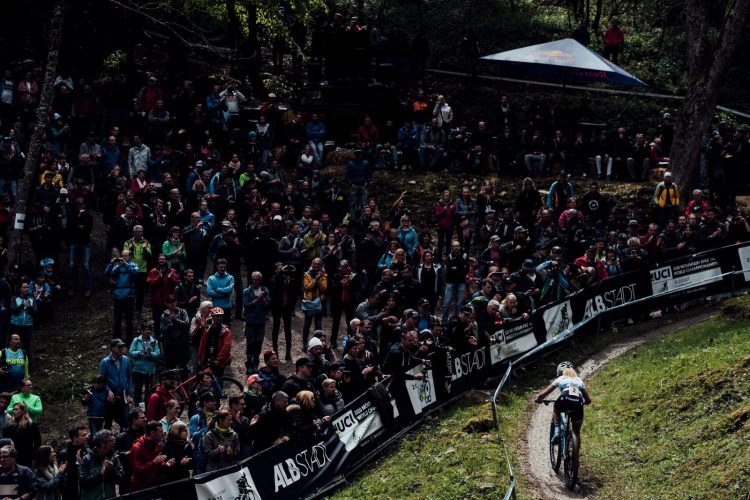 For the U23, victory went to Filippo Colombo: the BMC team rider ( bike check of his bike, here) took home his first world cup victory. 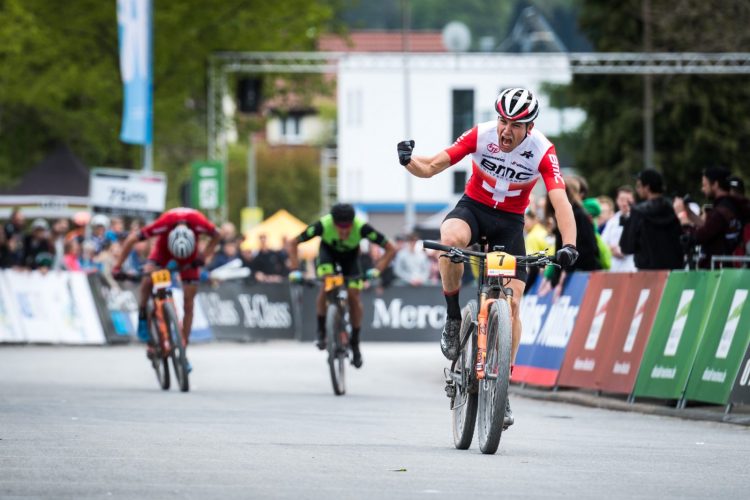 Finally, it’s worth mentioning the E-XC competition, a real success for the participants.