In 46+ minutes of racing at over 10,000 feet of altitude, the top 3 men were separated by only 8 seconds. Huge congrats to Sam Hill for taking a massive overall win in Aspen. He was followed by Martin Maes and Jared Graves. Nice to see Curtis Keene in 9th – a solid result after recovering from a broken collarbone. In the women’s, Cecile Ravanel took the win by a massive 47 seconds and continues to be unbeatable. Courdurier and Casey Brown rounded out the top 3. Top results, followed by full results and the official race report (courtesy of the EWS) can be found below…

Round six of the Enduro World Series, the Yeti Cycles Big Mountain Enduro presented by Shimano Aspen Snowmass, will go down as one of the closest fought races in EWS history. 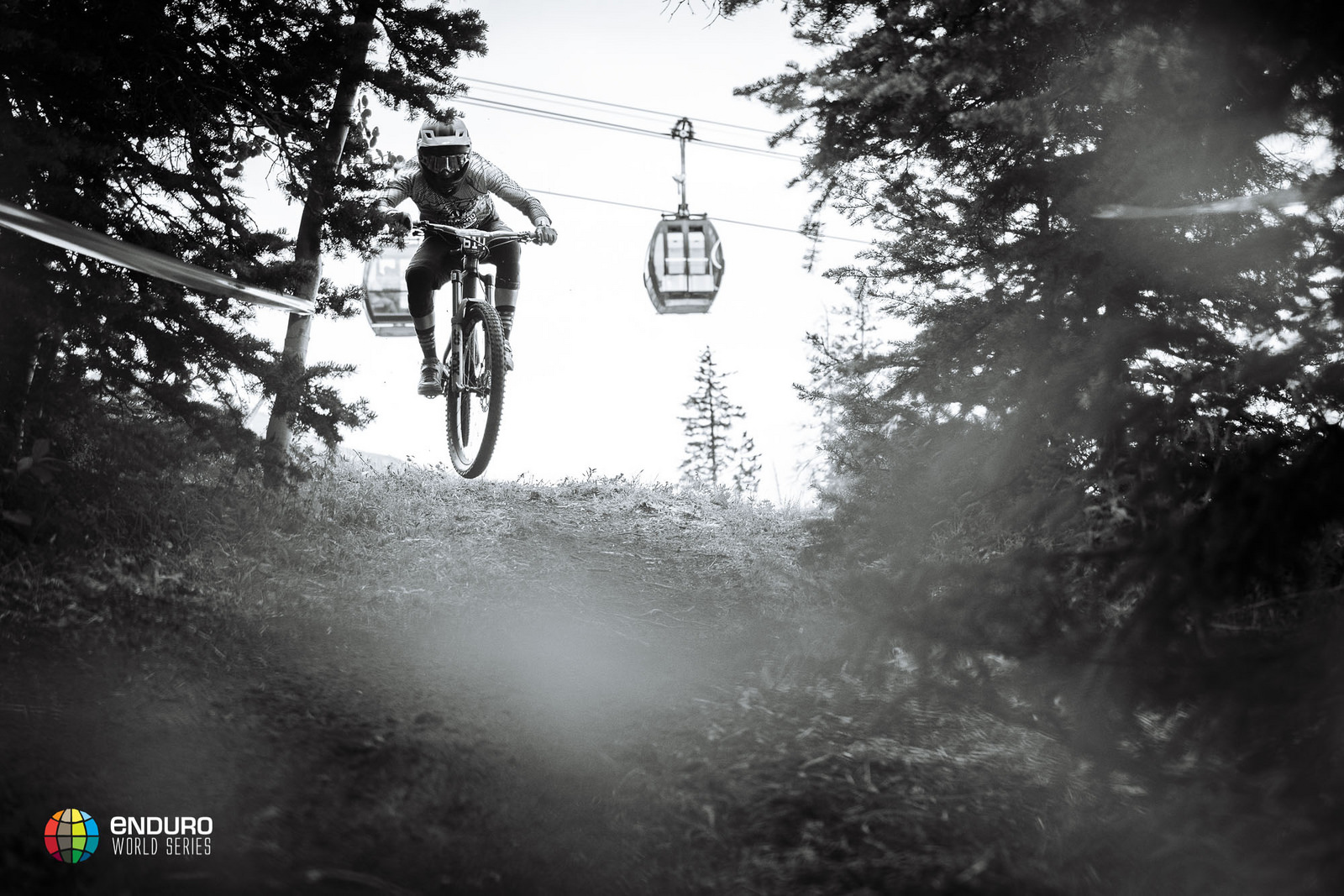 After four stages and almost 70 km of trail, Jared Graves (Specialized Racing) led Sam Hill (Chain Reaction Cycles Mavic) by just 0:00.32, but in the end the race no one could hold off Hill as he claimed the last two stages to win the race. Martin Maes (GT Factory Racing) fought back to take second place, with Graves finishing in third. Hill now leads the series rankings by 40 points, with Adrien Dailly (Lapierre) in second and Greg Callaghan (Cube Action Team) in third. 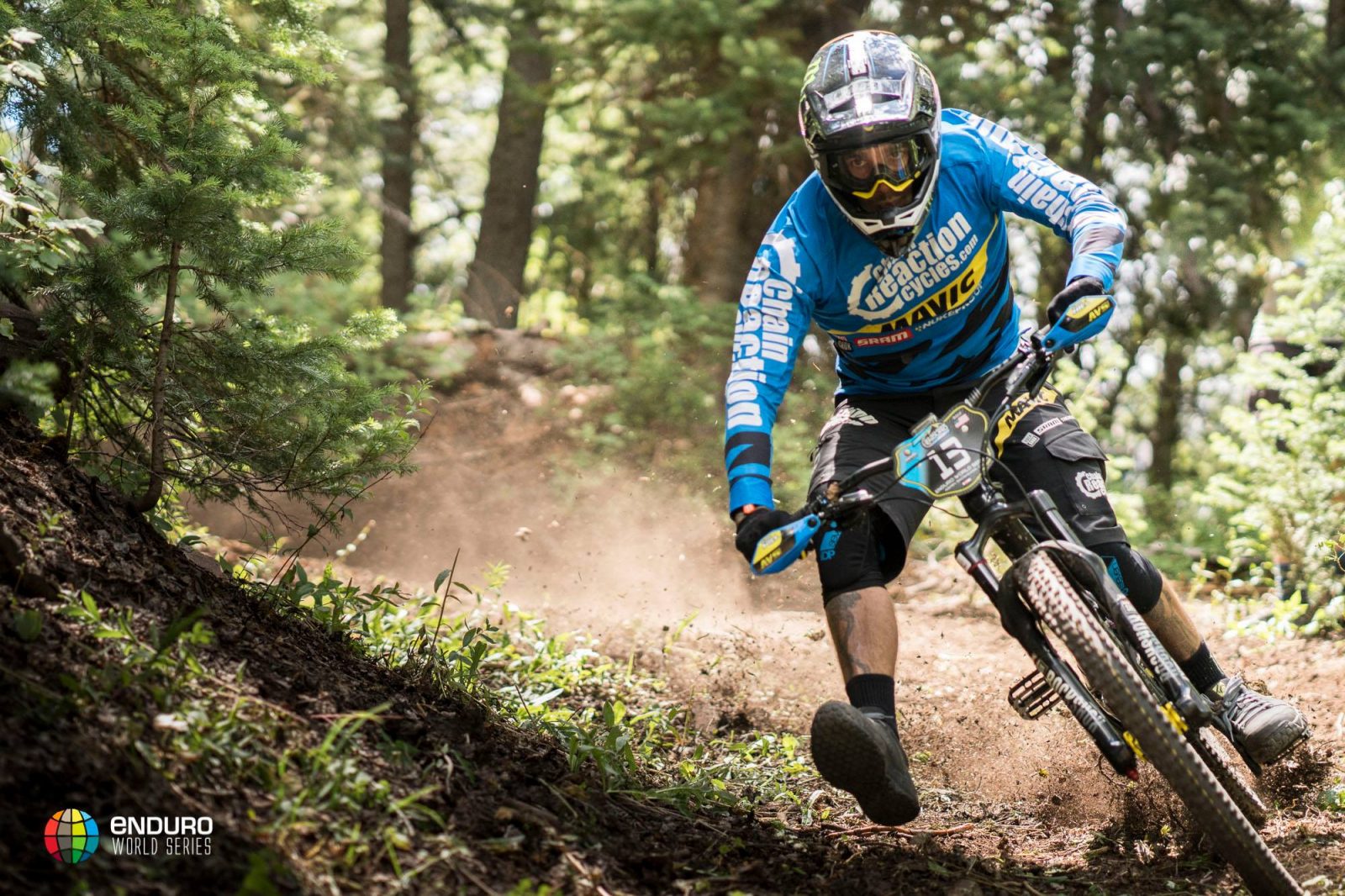 Speaking after the race, Sam said: “It was awesome, six amazing stages here in Colorado and I just had a good time and tried to stay as consistent as I could. I hadn’t raced an EWS here before so I wasn’t too sure what to expect and I wouldn’t have expected to win here. My goal now is to try and win this thing at the end of the year.”

In the women’s race Isabeau Courdurier (SUNN) took the first stage of the race, but no one could stop Cecile Ravanel (Commencal Vallnord Enduro Team) who went on to win three stages and win the race by over 47 seconds. Casey Brown’s (Trek Factory Enduro Racing Team) strong performance over both days saw her clinch third place. Ravanel cements her lead in the overall rankings, whilst Winton moves up to second place and Ines Thoma (Canyon Factory Enduro Team) moves back to third.

Cecile said: “I liked the trails a lot better than last year, much steeper and more natural and I enjoyed being here. I hope to keep going like this for the rest of the year and take the overall series win.”

In the U21 men Killian Callaghan’s lead in the series rankings was bolstered by another win, with Duncan Nason of the USA in second and Max Leyson in third. In the U21 women it was Samantha Soranio who won every stage, Lia Westermann came second and Abigale Lawton third.

Team of the day was Rocky Mountain Urge bp, which leaves them second in the overall rankings behind Ibis Cycles Enduro Race Team, with Canyon Factory Enduro Team in third.

The series returns in two weeks for round seven, the Crankworx Canadian Open Enduro presented by Specialized.

Full results can be found here.

[Racing] Rude & Ravenel On Top After Aspen Day One