The men’s race was actually rather boring this time around, because it turned out to be a challenge between the two usual riders: Nino Schurter and Mathias Van Der Poel, who was looking for his first victory in the XC world cup. 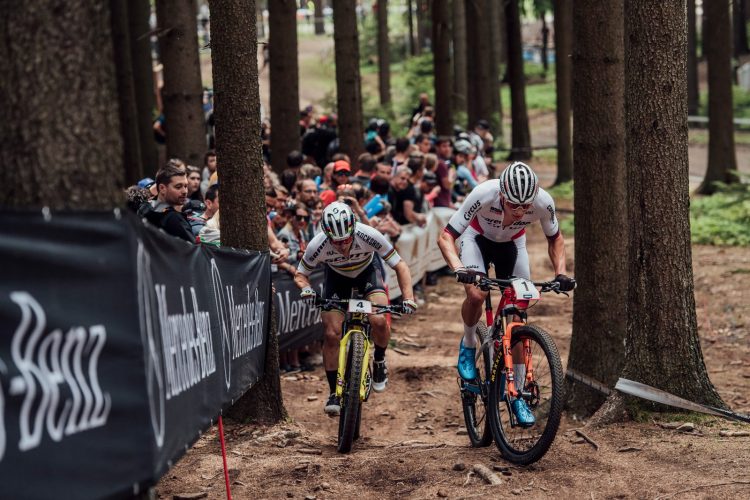 With a frantic pace, which they held throughout the entire duration, they broke away from the rest of the competitors and paced one another until the last lap, when MVDP “relaxed” during a descent to load all his energy and then literally left Schurter in the dust on the next climb with monstrous acceleration. Here you will find the replay of the race . 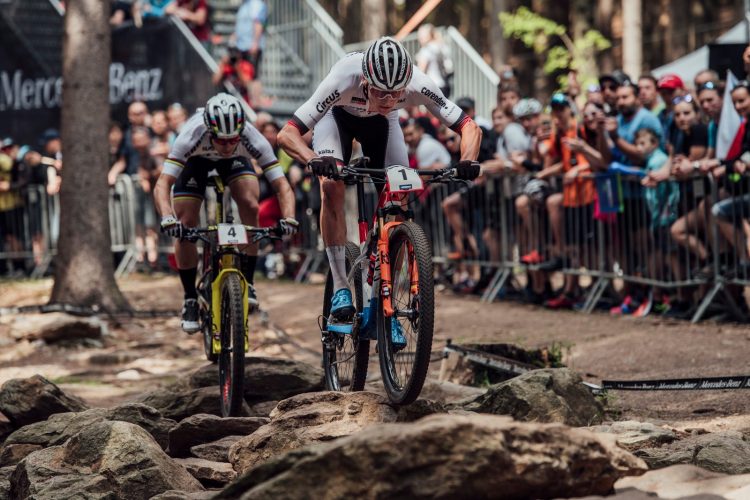 Behind them was Czech, Cynk who raced most of the track almost in solitude, but cheered by the home crowd, only then to be overtaken by Flückinger and Avancini. Further back Kerschbaumer seemed to improve compared to the summer races, a bit like his usual self after winter, during which he doesn’t touch the bike very often. 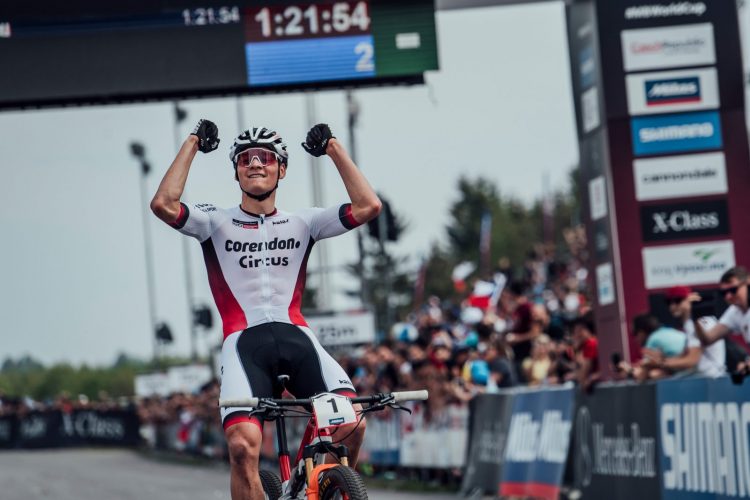 The women’s race was a succession of twists and turns during the last lap. For Anne Tauber, in the lead for almost all the competition, her chain fell off right on the steepest climb and Kate Courtney passed her on her way to conquering her second consecutive victory in the 2019 World Cup. Jolanda Neff, who at the beginning had fought at the head of the group right up against Tauber, who lost further positions in addition to what she’d lost after her initial bobble with the chain. 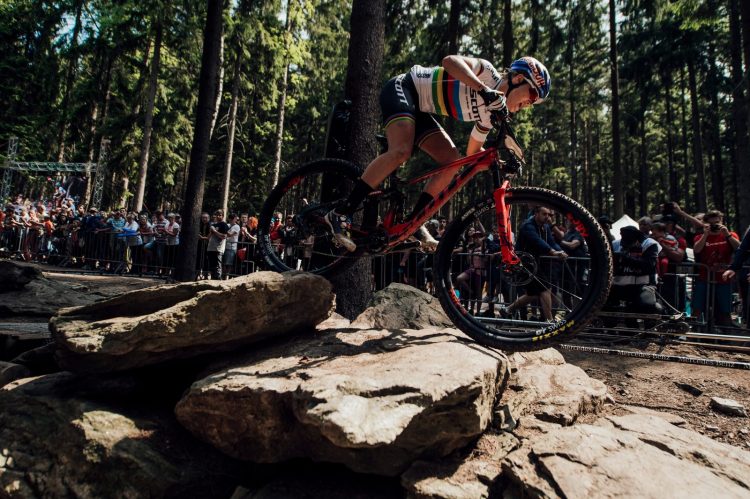 So we find ourselves with a rather new ranking, with McConnell’s second place on the new Mondraker F-Podium and Canadian Haley Smith in third. Langvad, who had won here last year and retired in Albstadt, while Emily Batty, who seems to have completely missed her winter training, closed out back in thirty-eighth position. 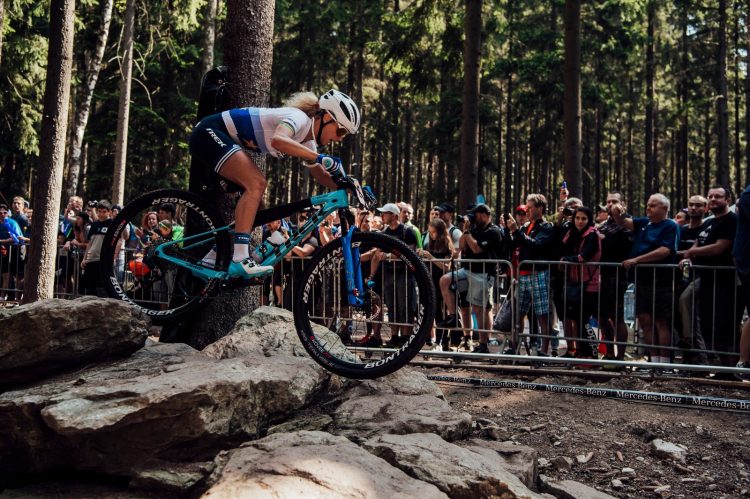 The U23 race ended at the three-point photo finish in which Filippo Colombo was beaten by Romanian Dascalu.