It’s that time of the year again…Rampage is on! When the temperatures begin to cool in the Utah desert, the world’s best freeriders make the annual pilgrimage to test their mettle on the world’s biggest, and most dangerous stage… 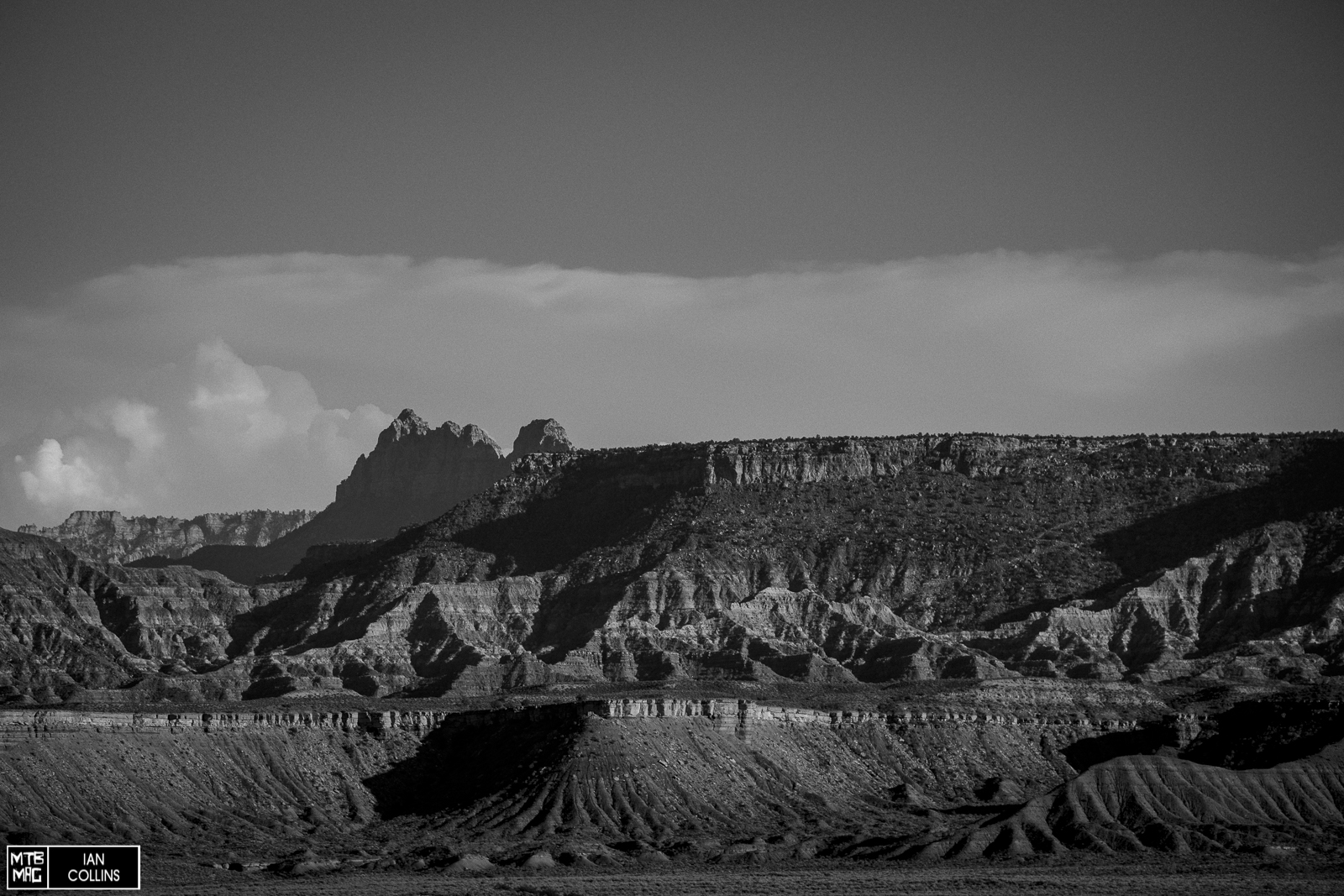 Placed just miles from the entrance from Zion National Park, the landscapes are stunning. 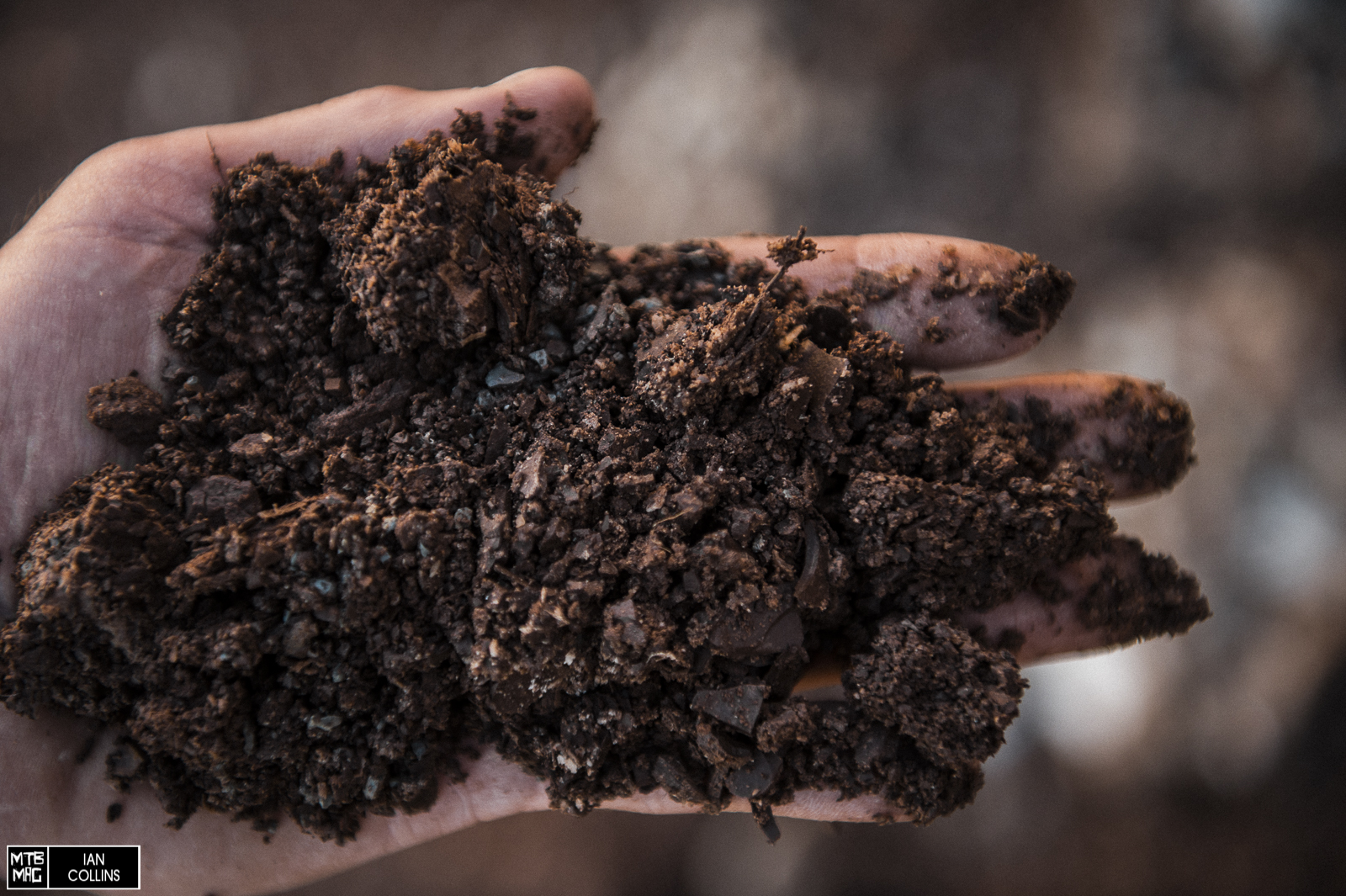 A couple of days of rain has left the riders with mixed feelings. Wet dirt makes for easier, more efficient building…But the down time left them behind schedule. 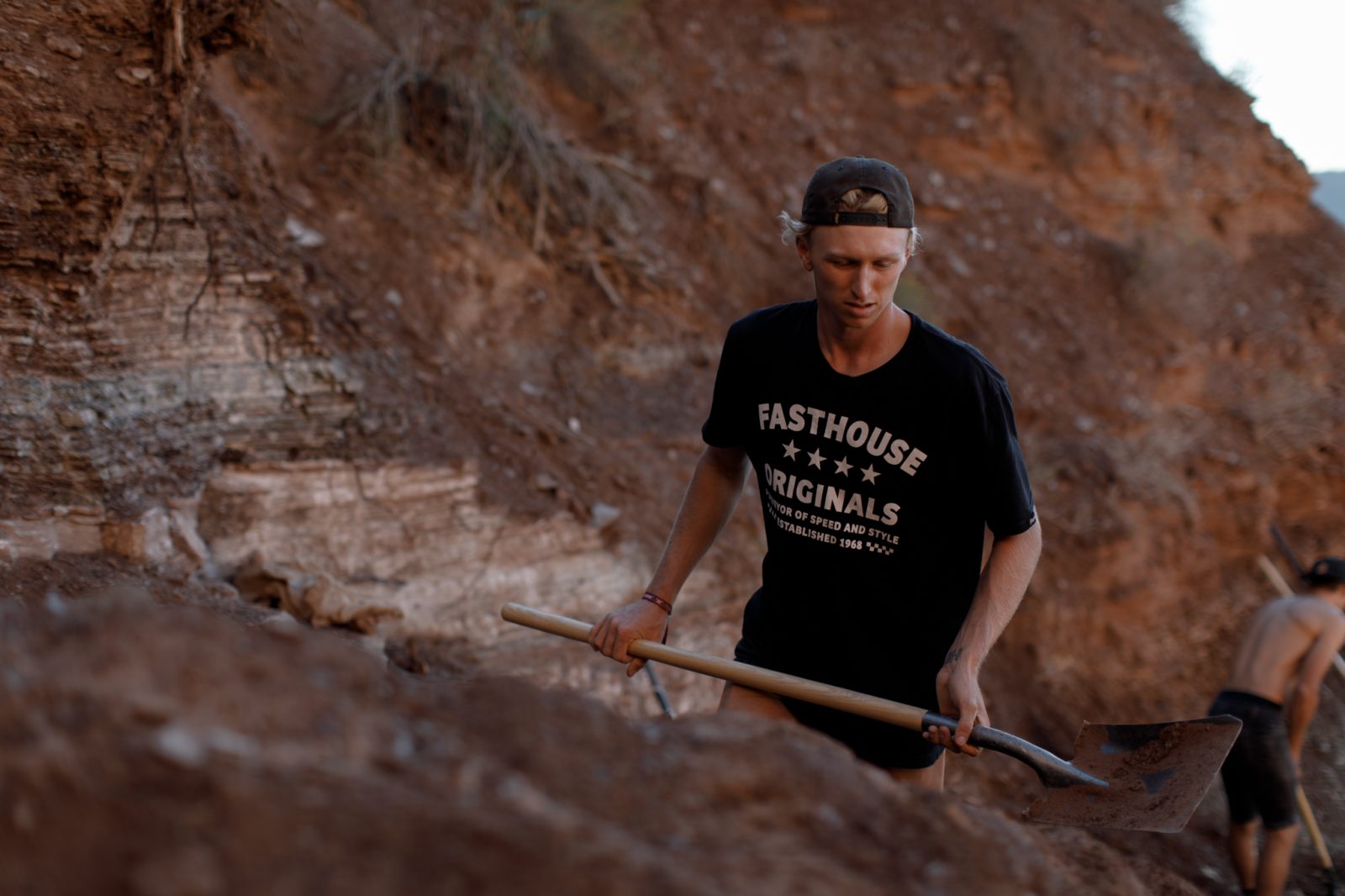 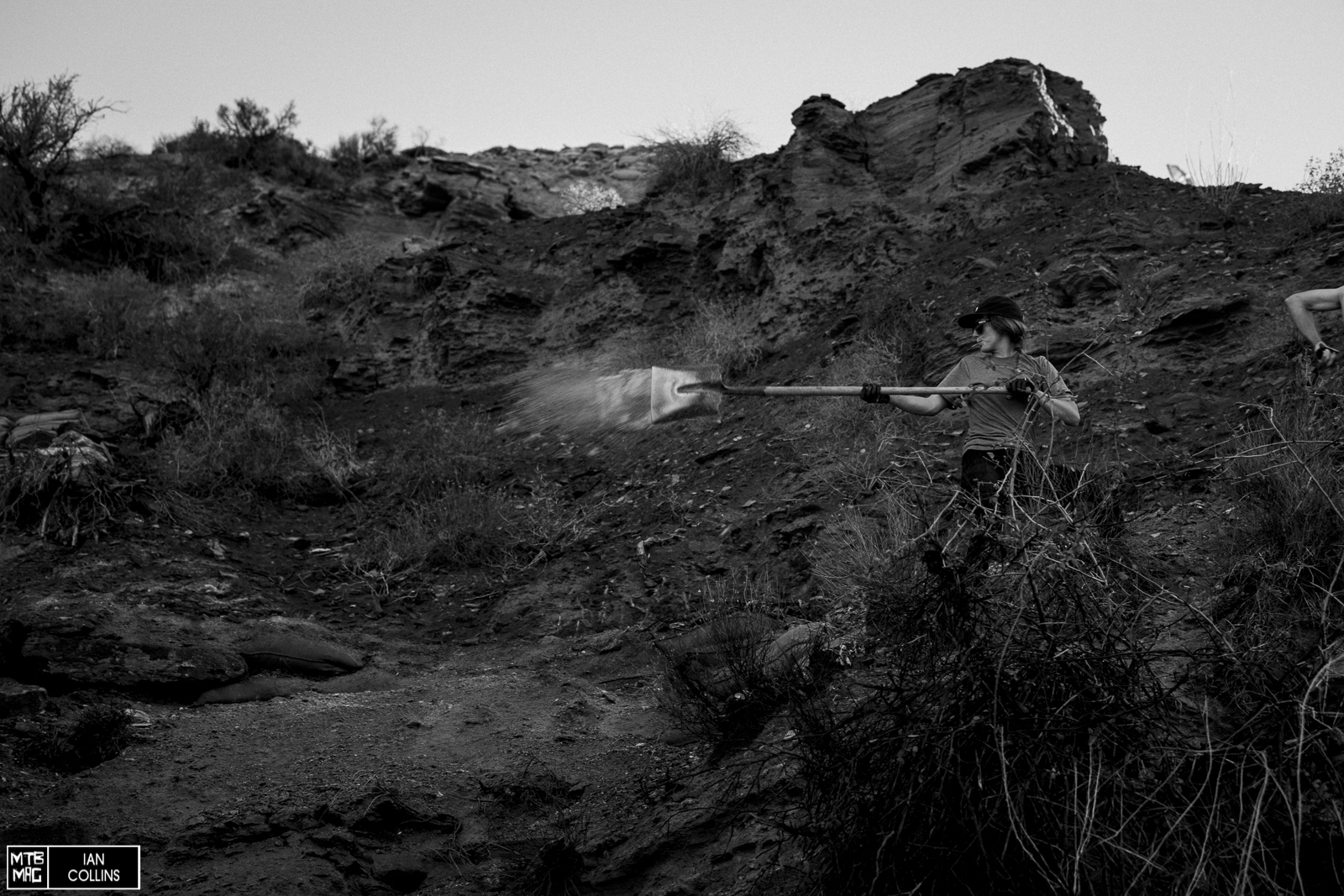 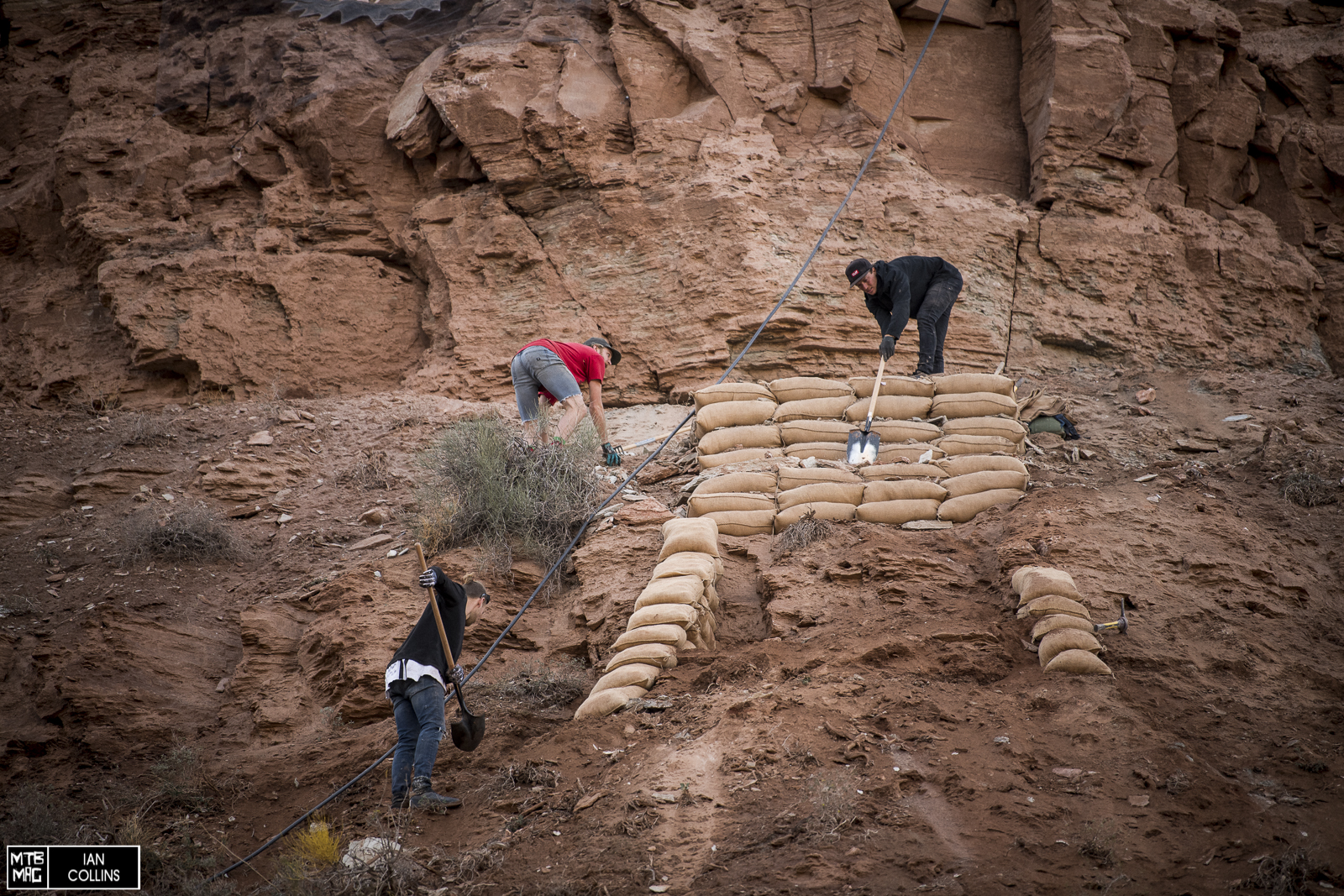 Brett Rheeder has a couple of drops lined up back to back. The landings on both are massive and require loads of work. 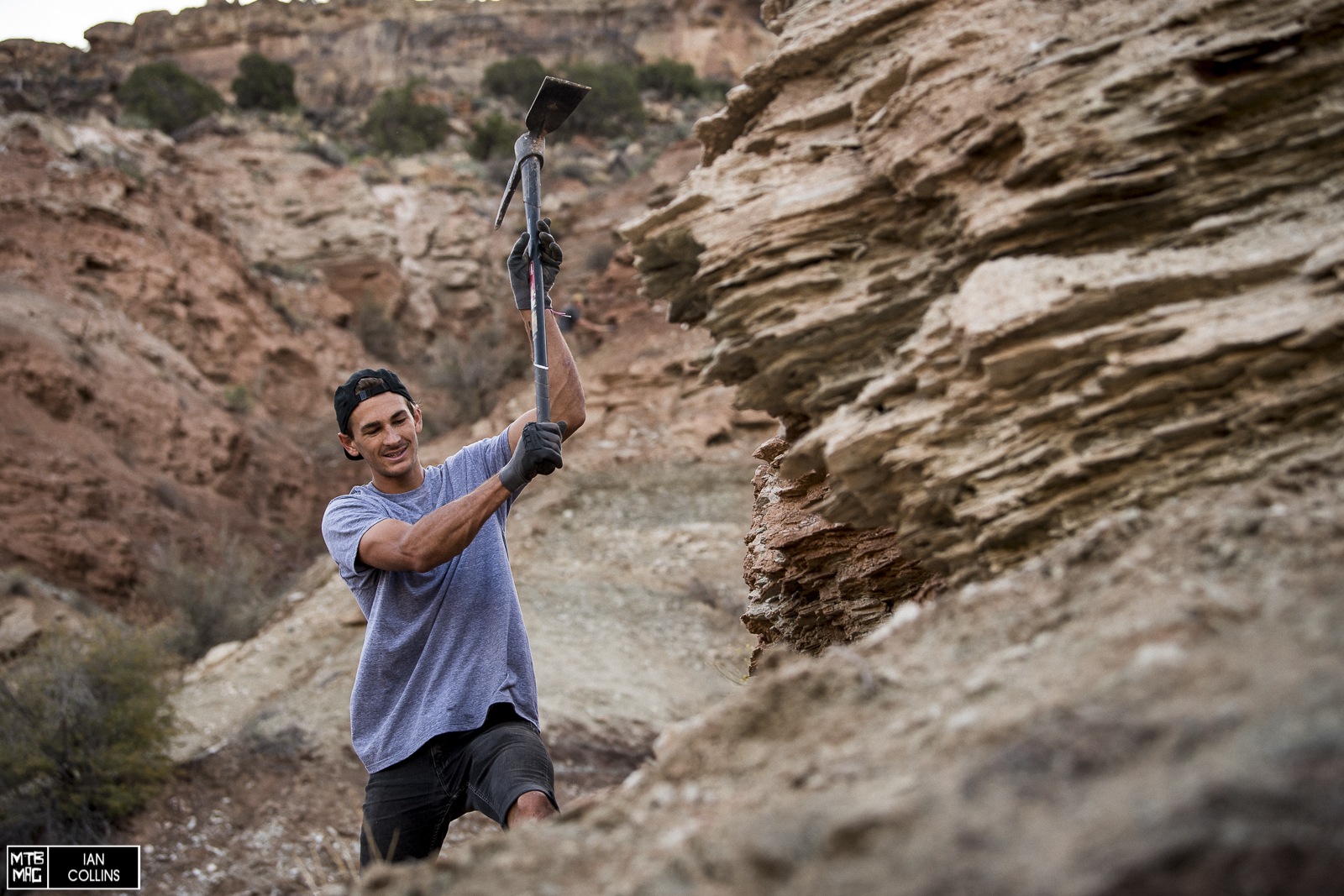 D.J. Brandt has the gnarliest chute on the hill, hands down…Which is ballsy for a first timer. He picks away at the exit of it here. 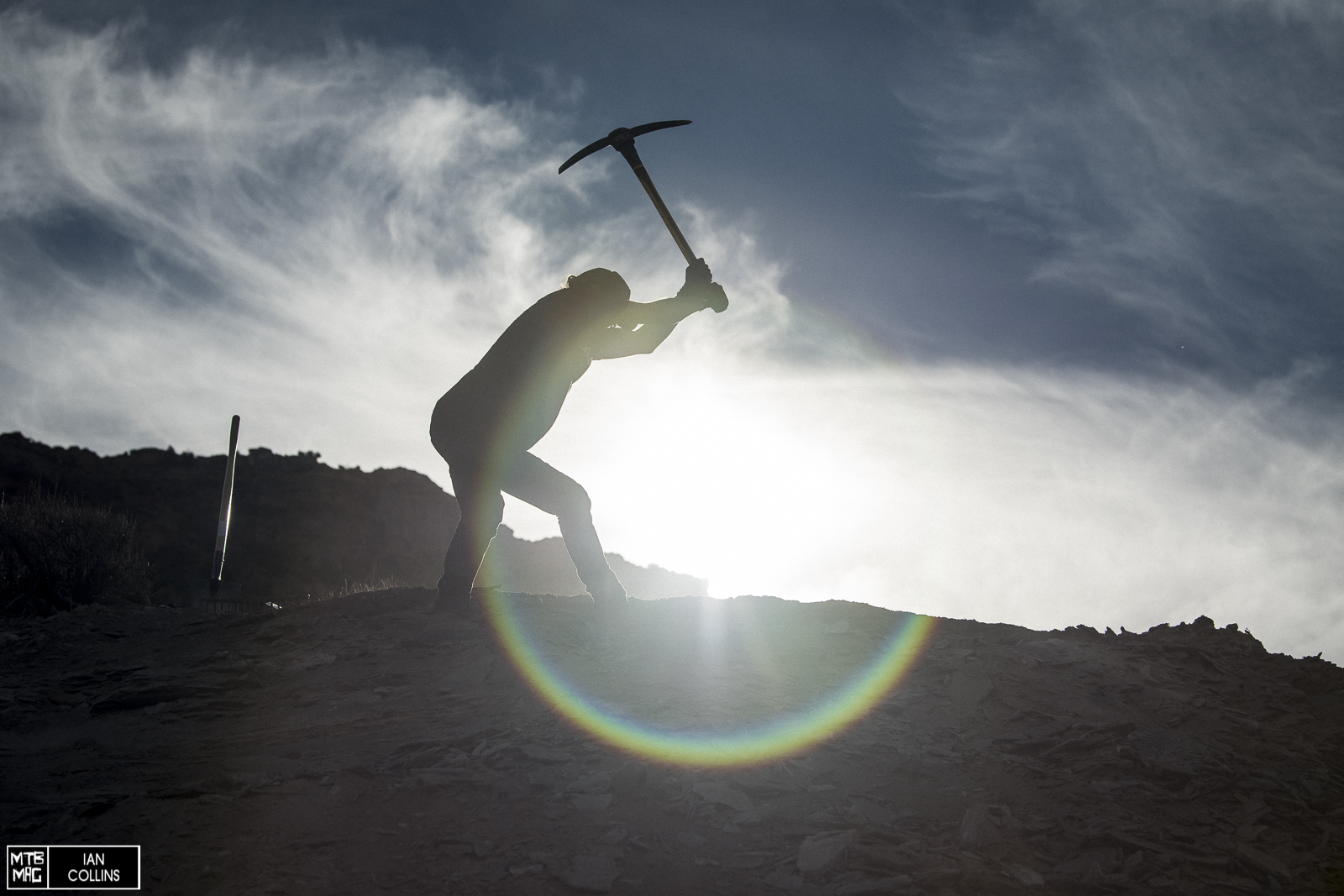 Kurt Sorge swinging away in the morning sun. 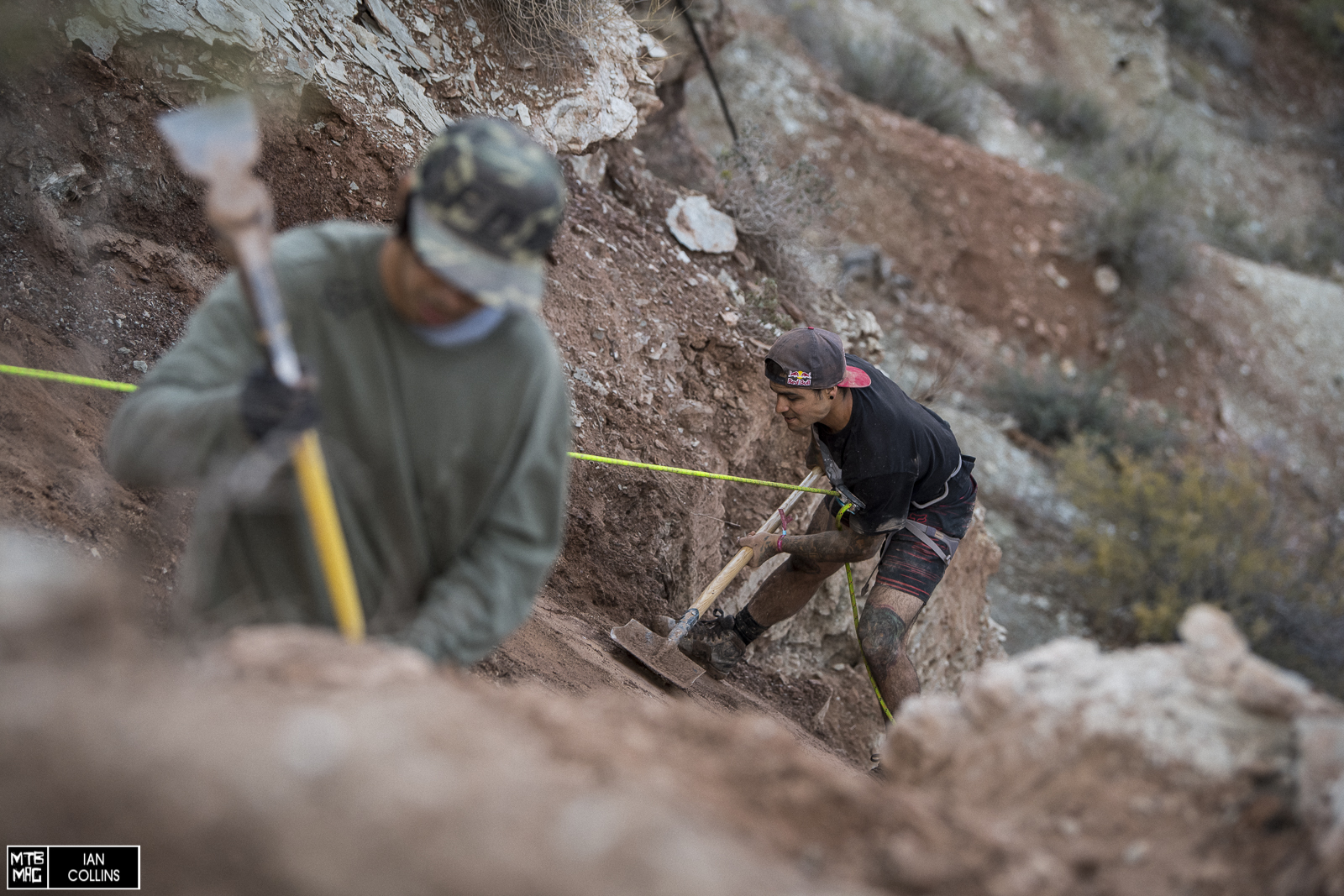 The Brothers Lacondeguy chip away at their double drop… 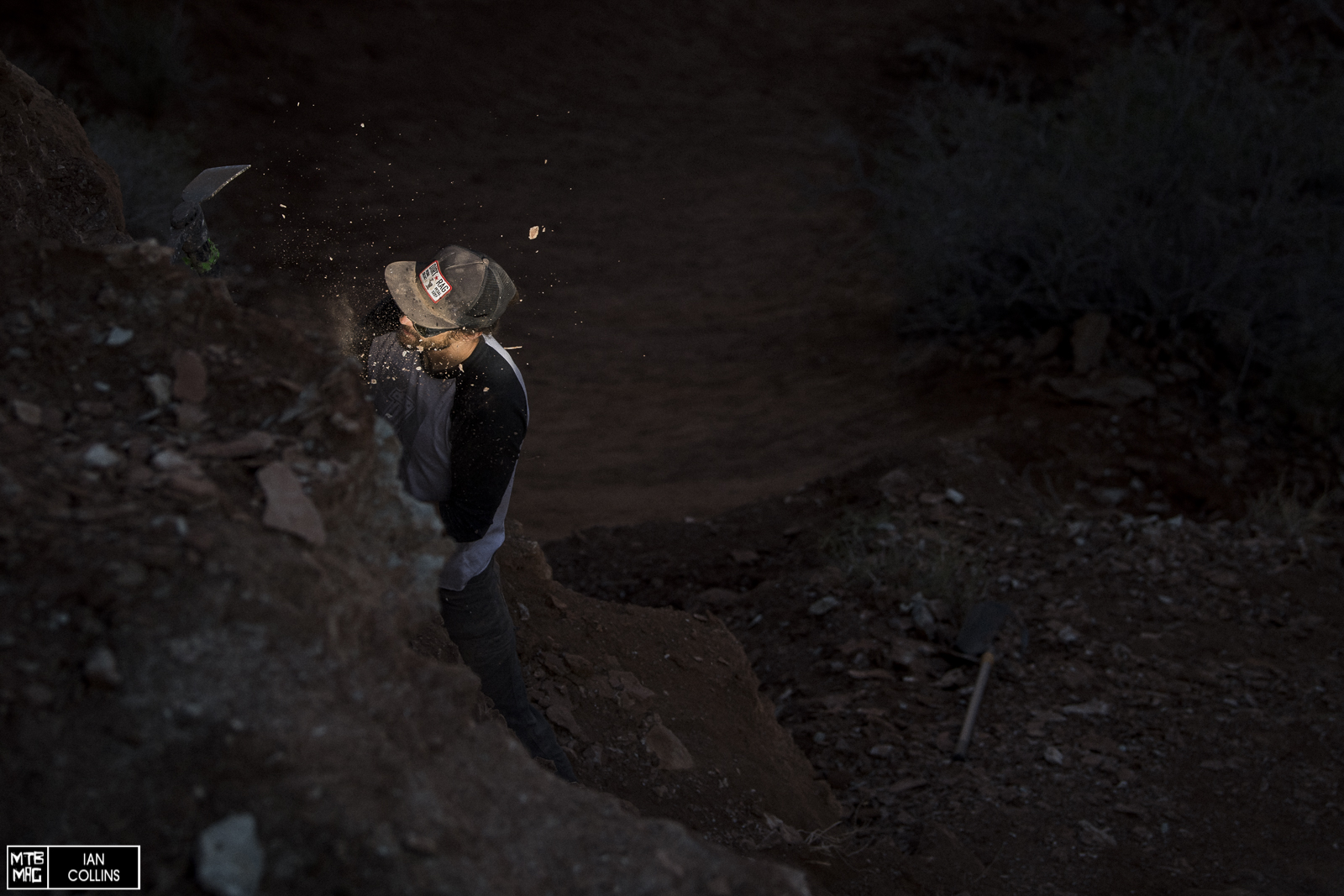 Tom Gheli is building for T-Mac again this year. He’s a machine with a pick and has no issues getting blasted in the face with rocks all day apparently. 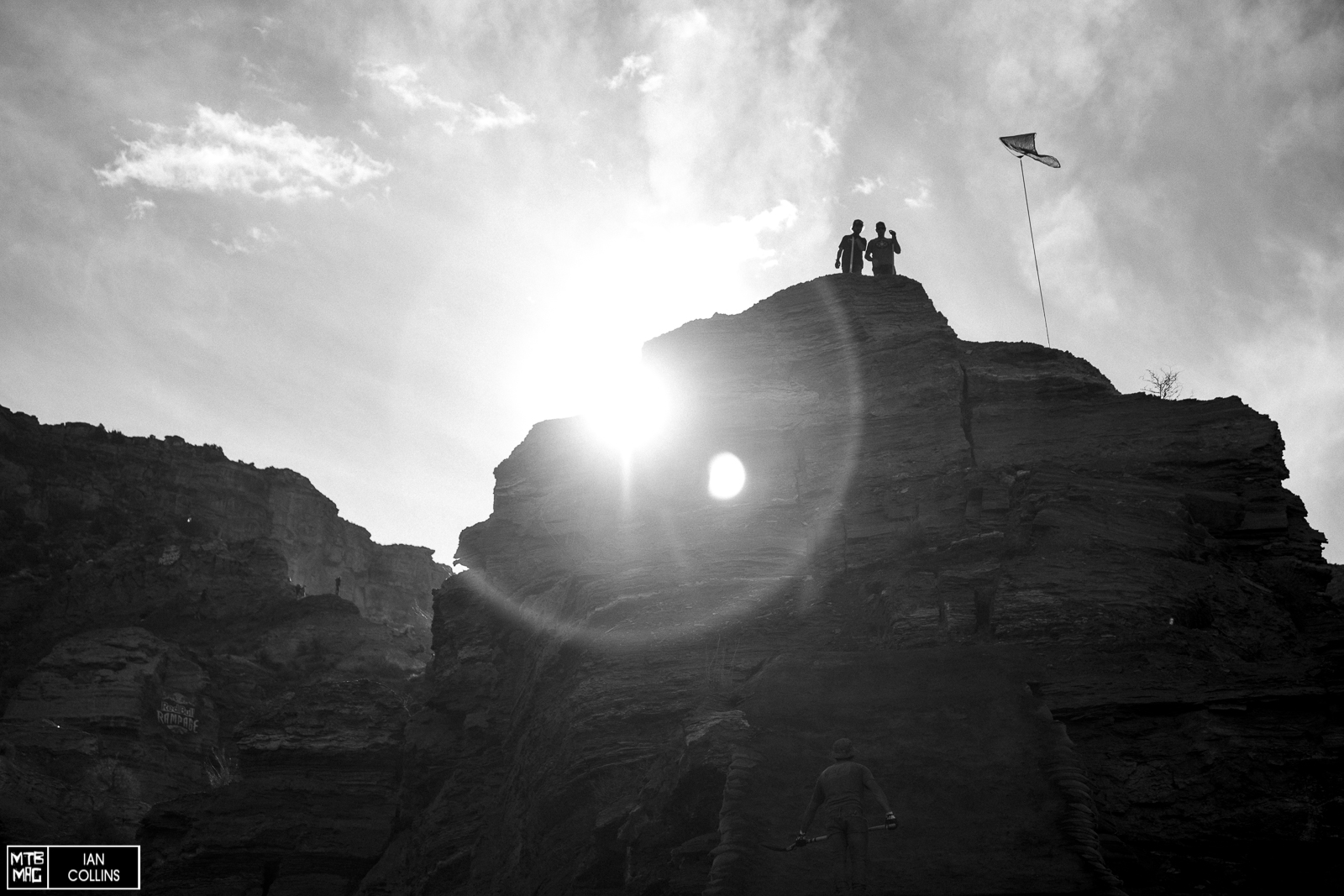 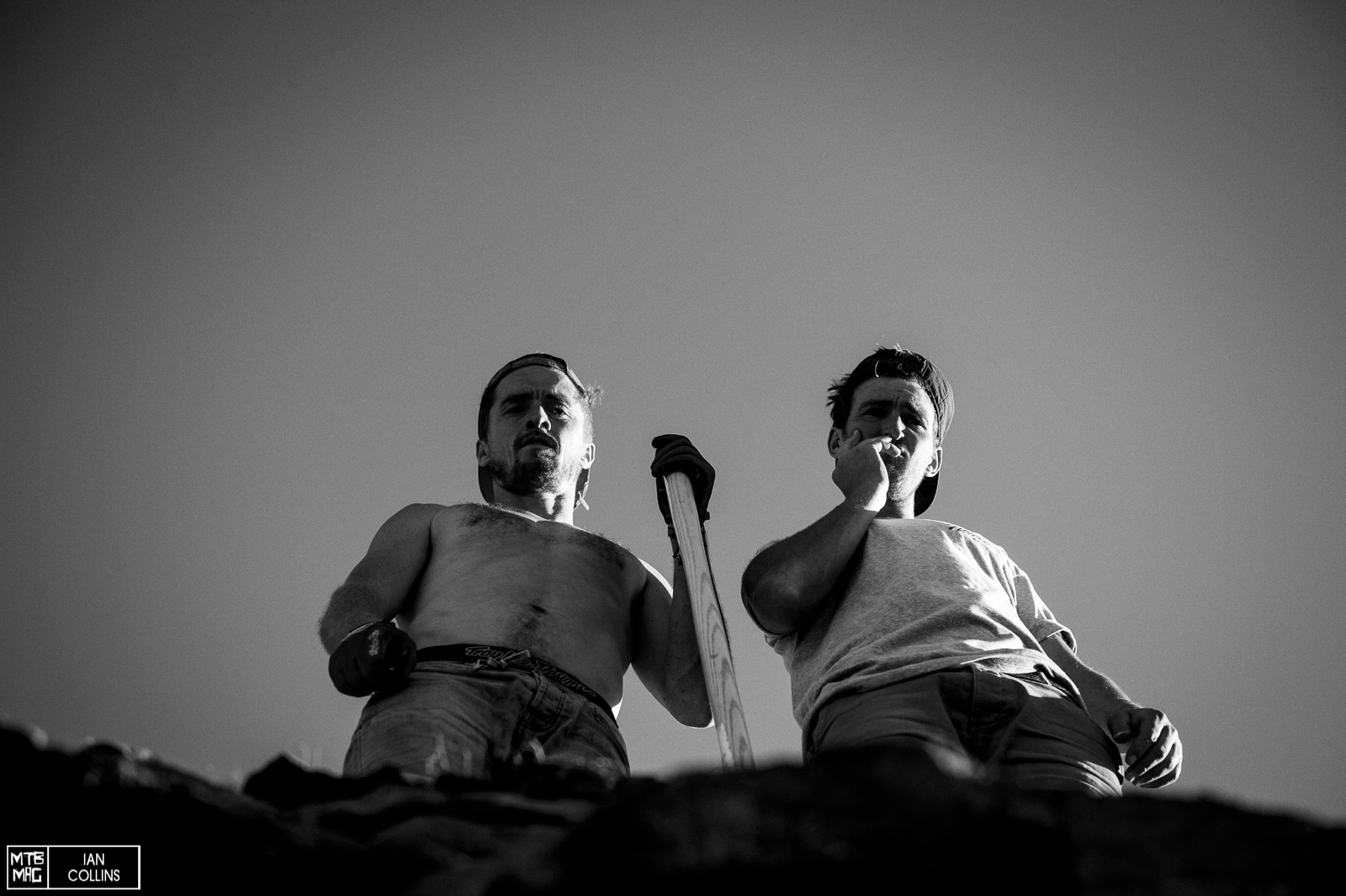 Olly Wilkins is back digging alongside Brendog after a year off. They’ve put together an insane line… 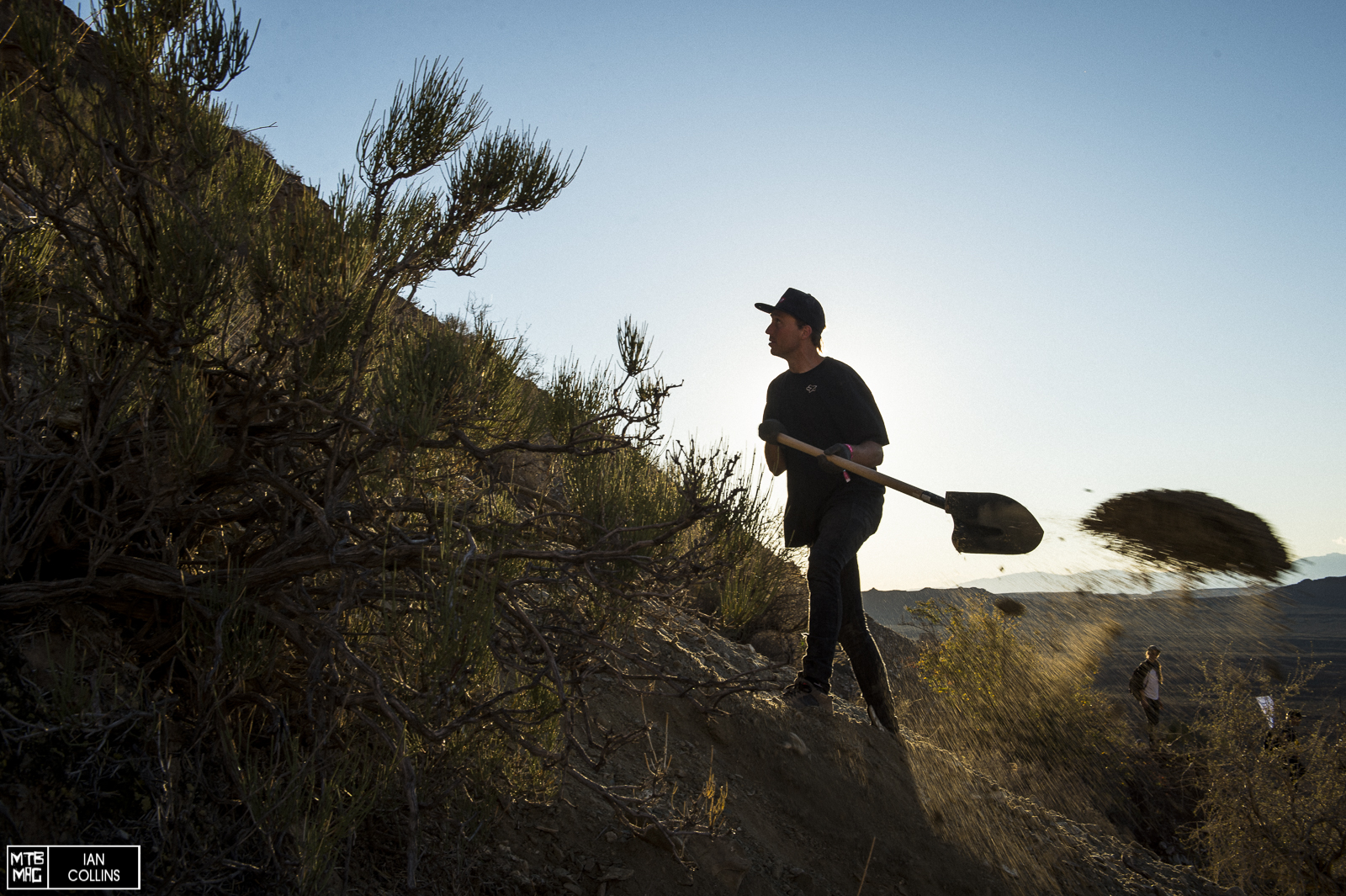 Brett Rheeder, working away at one of his landings. 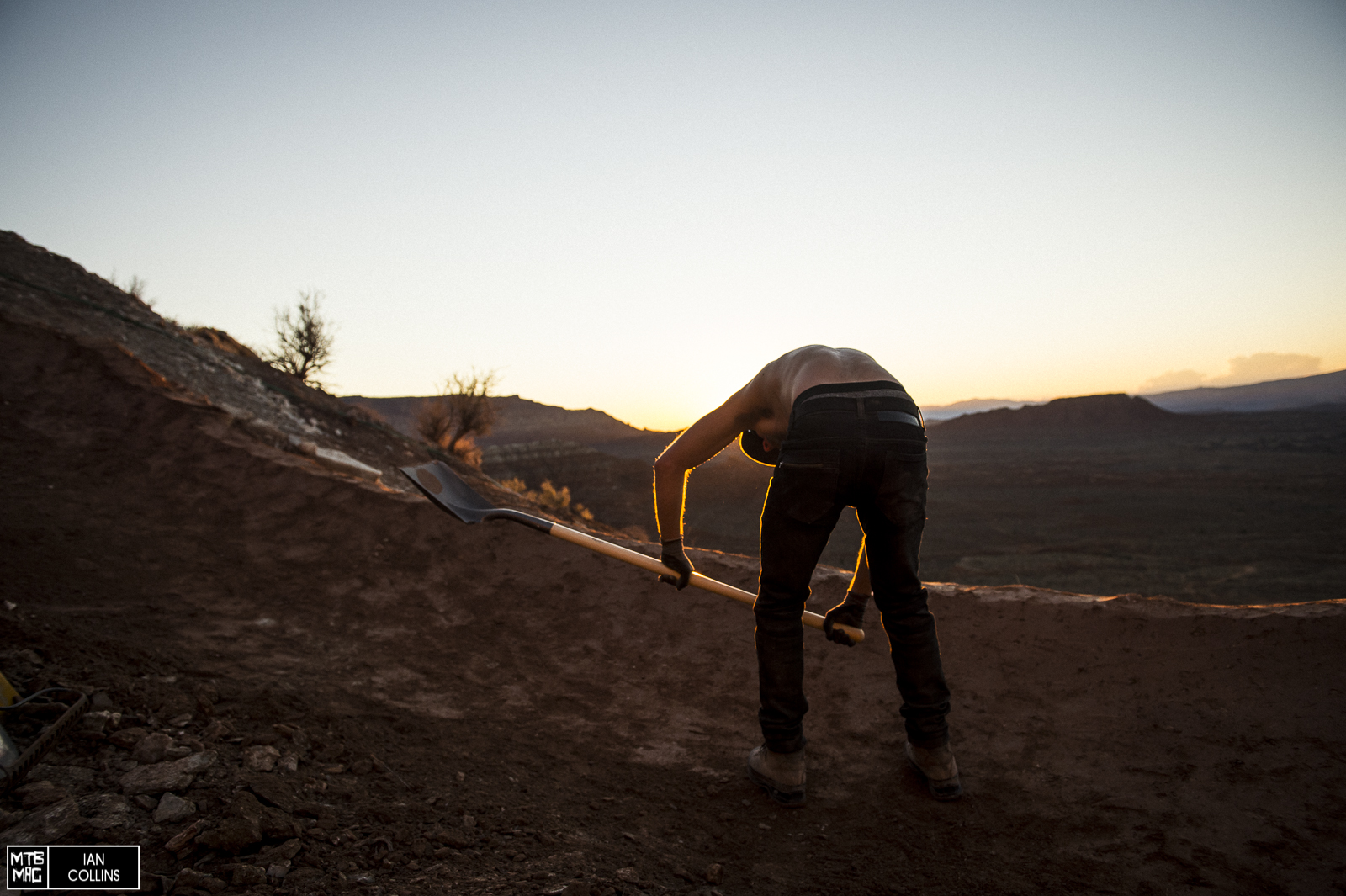 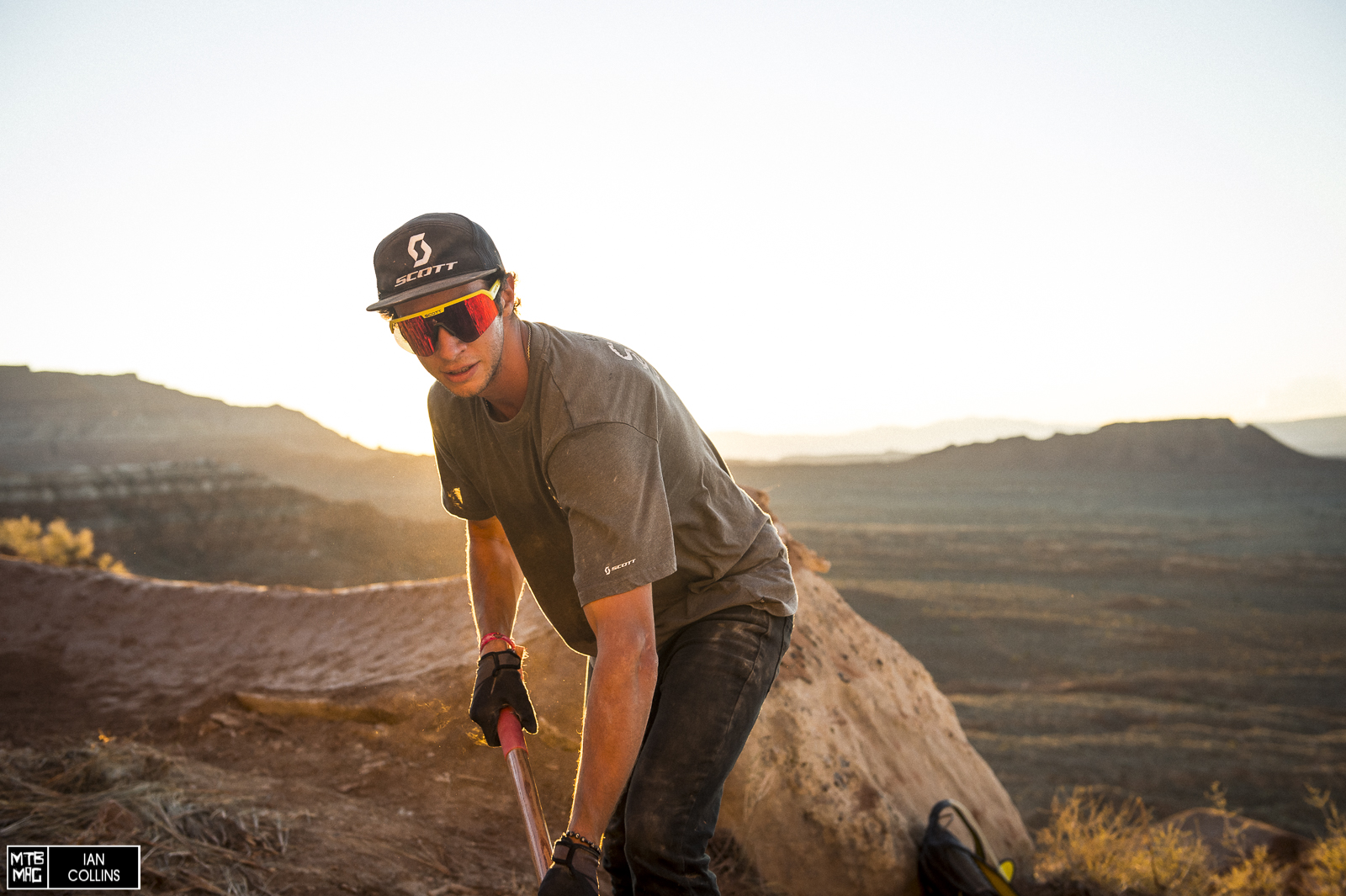 Vinny T is back again this year. His line looks well….It looks very much like a line he would build. Lots of raw, natural bits that will be extremely difficult to connect. We’re sure he’ll grease it. 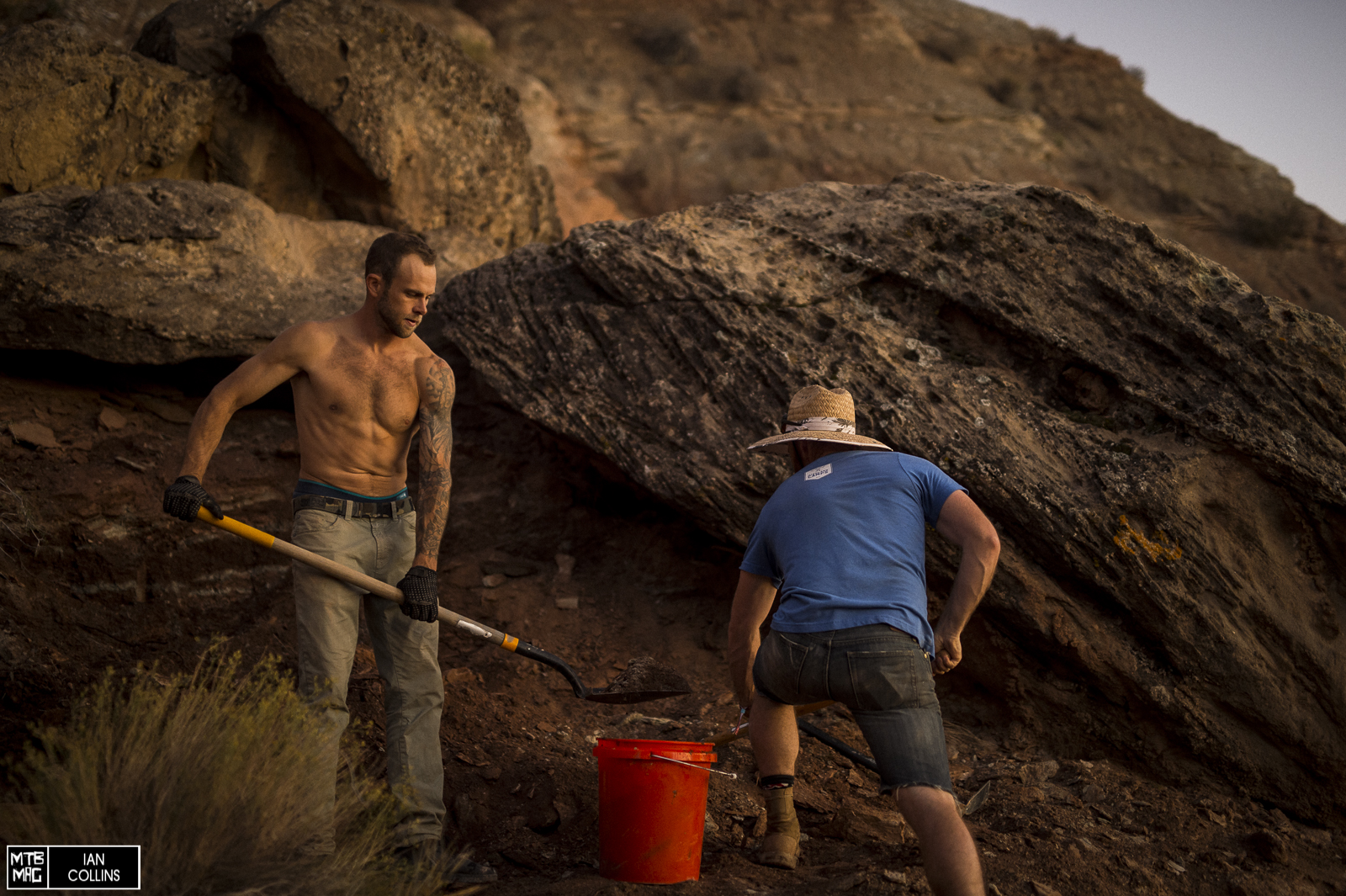 Cam Zink has had a rough go, nursing a shoulder injury. He works alongside legendary builder Adam Billinghurst in the evening light. 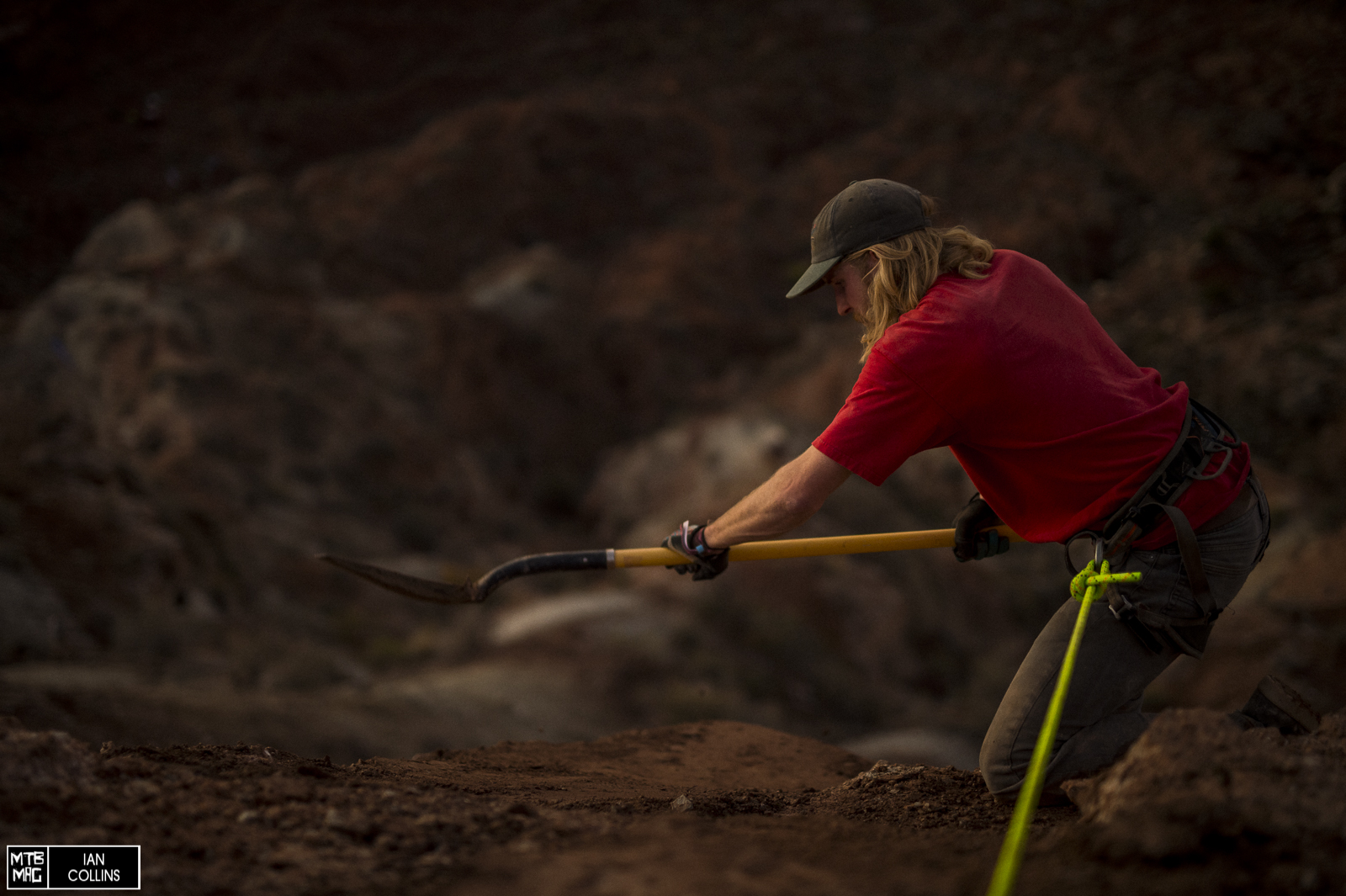 Ben Byers has been working on Rheeder’s take -off with rapelling gear for DAYS on end. 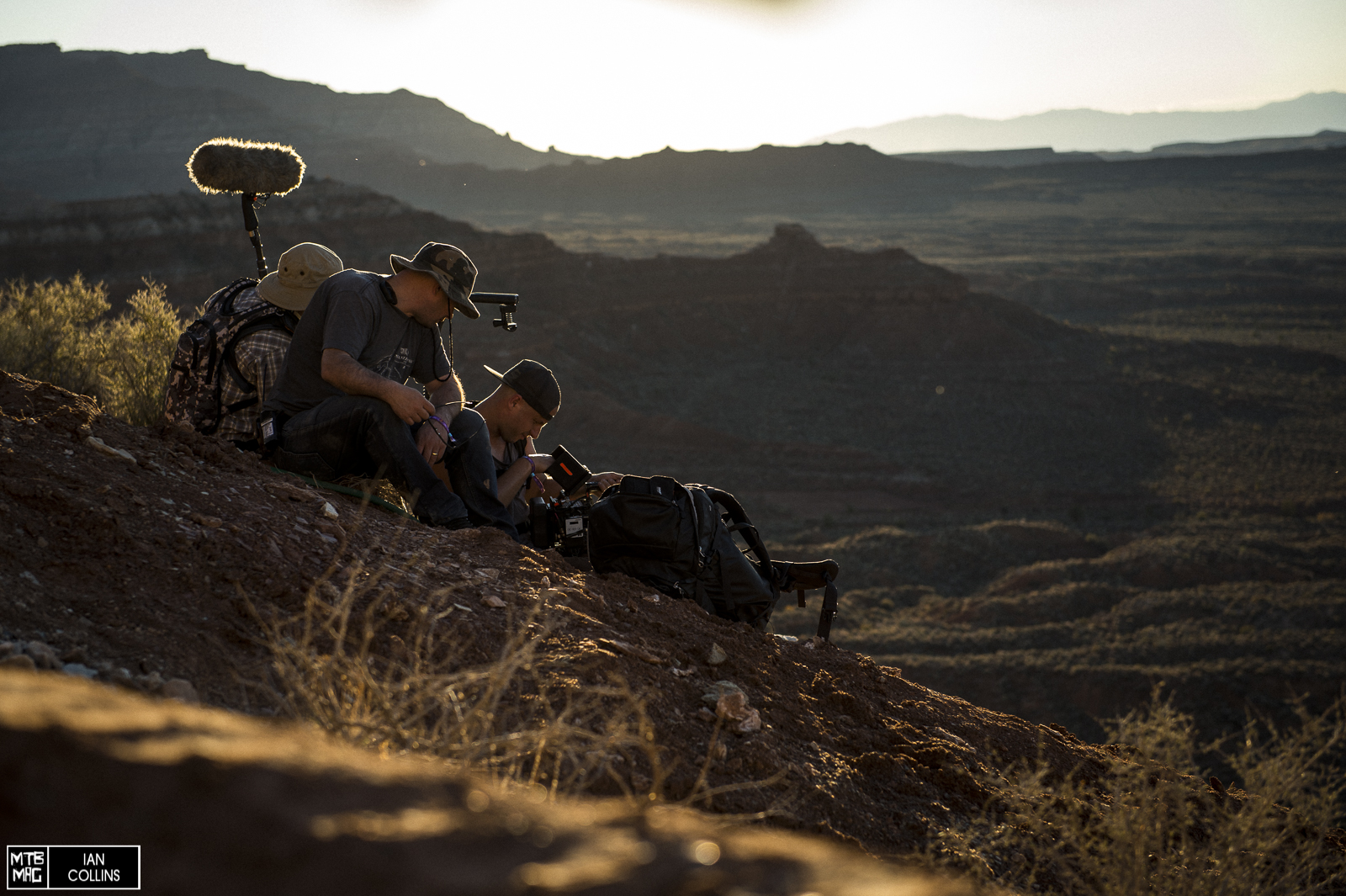 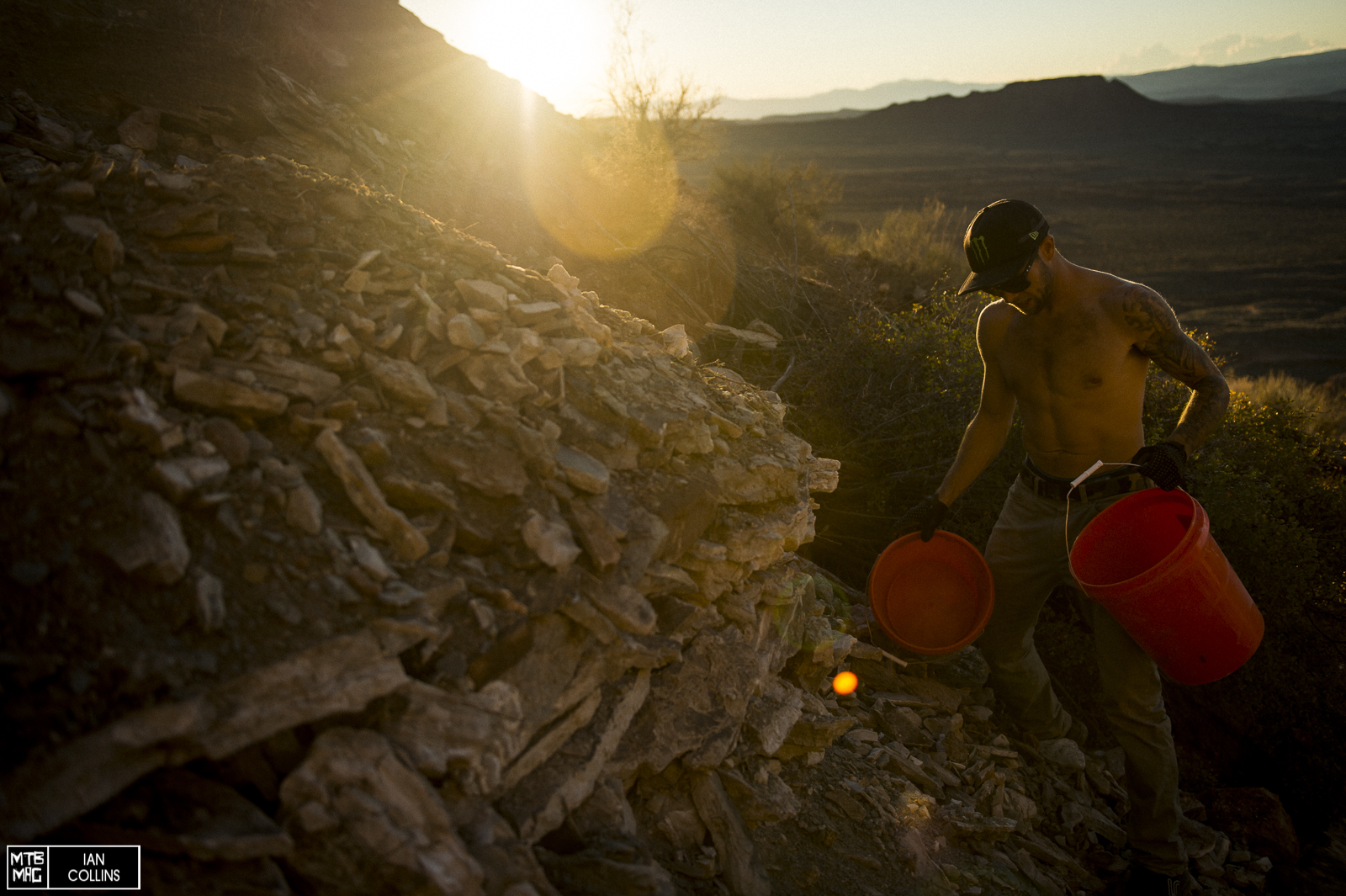 Cam Zink is a boss. That’s all. 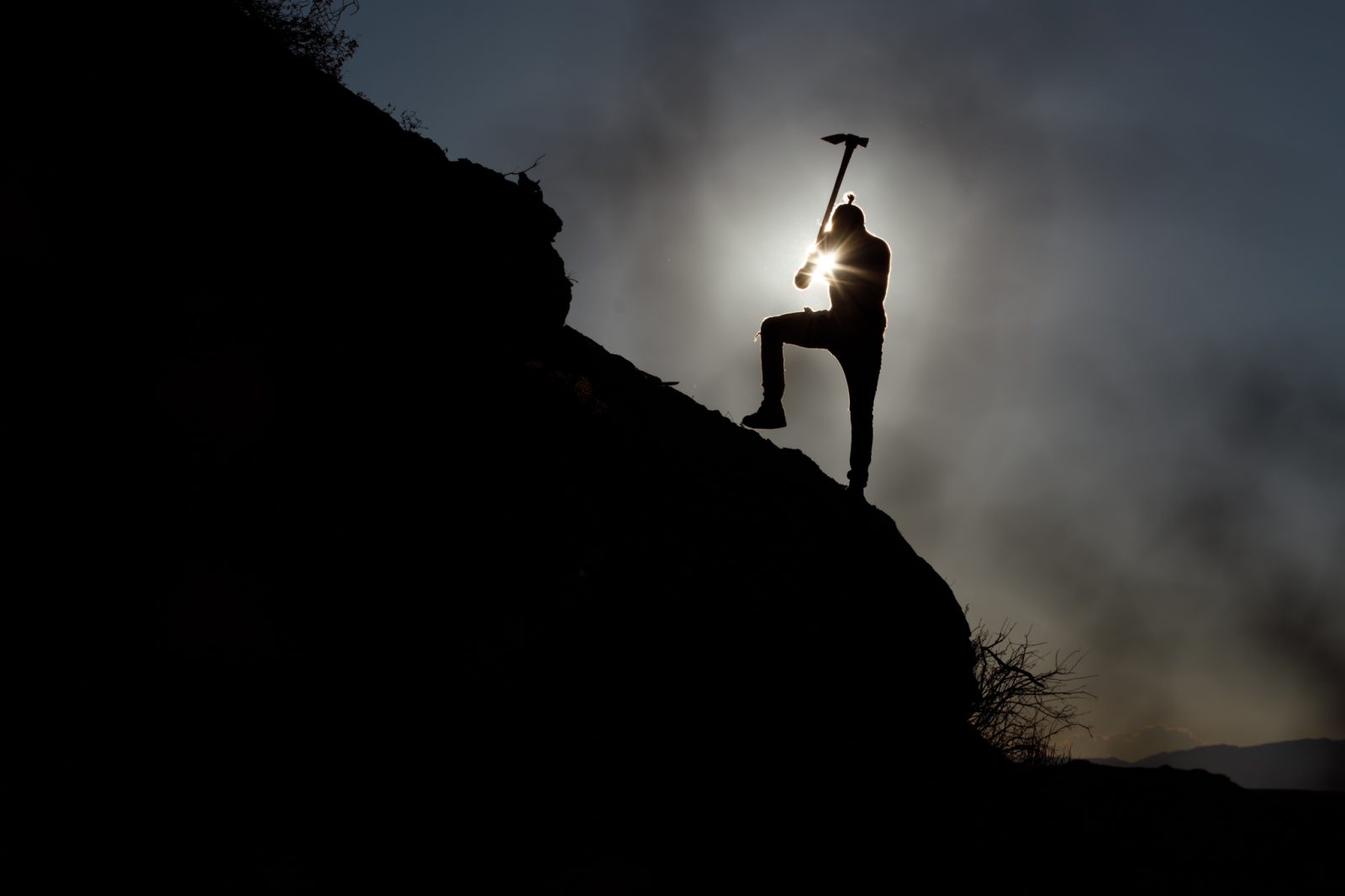 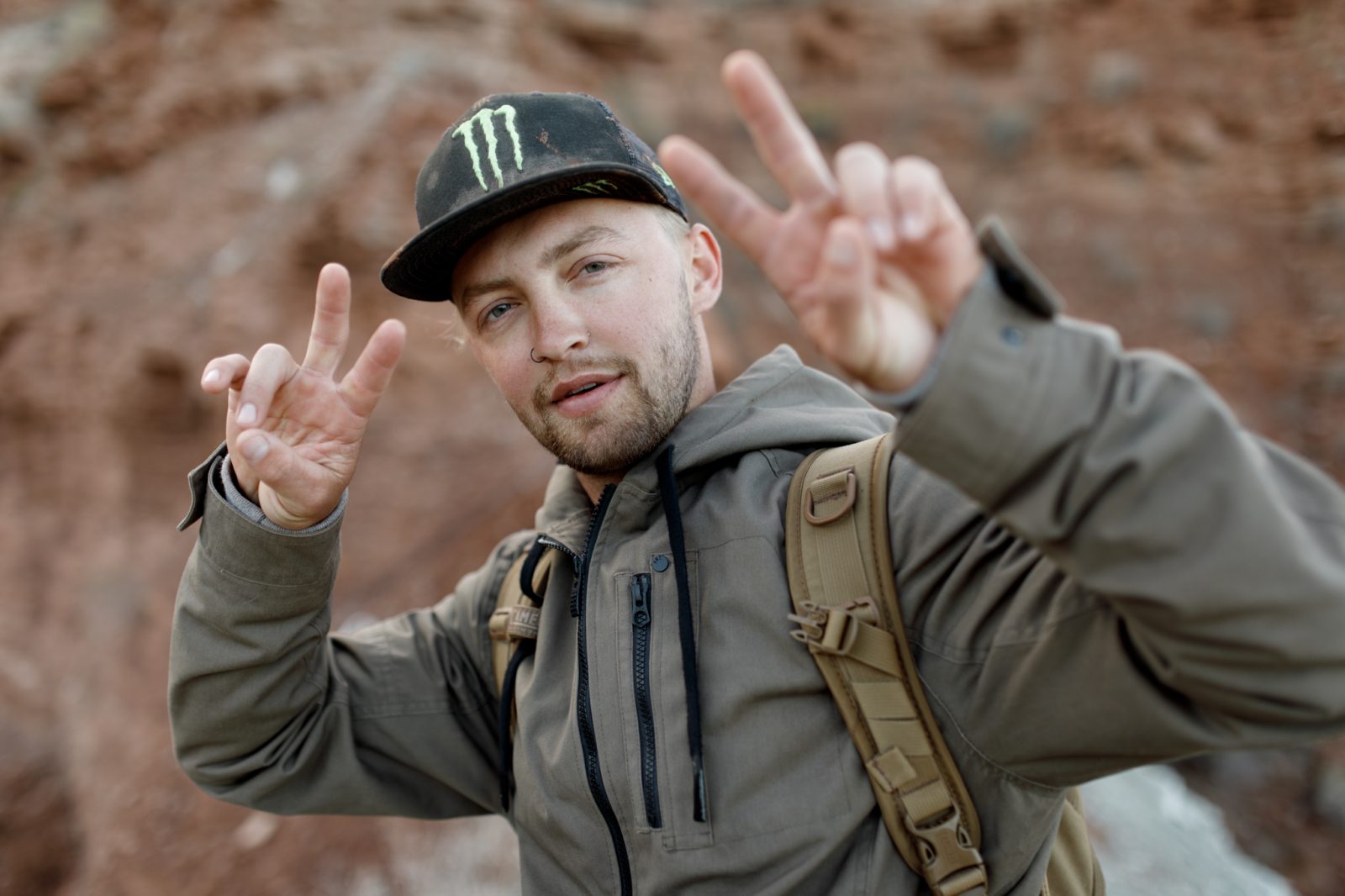 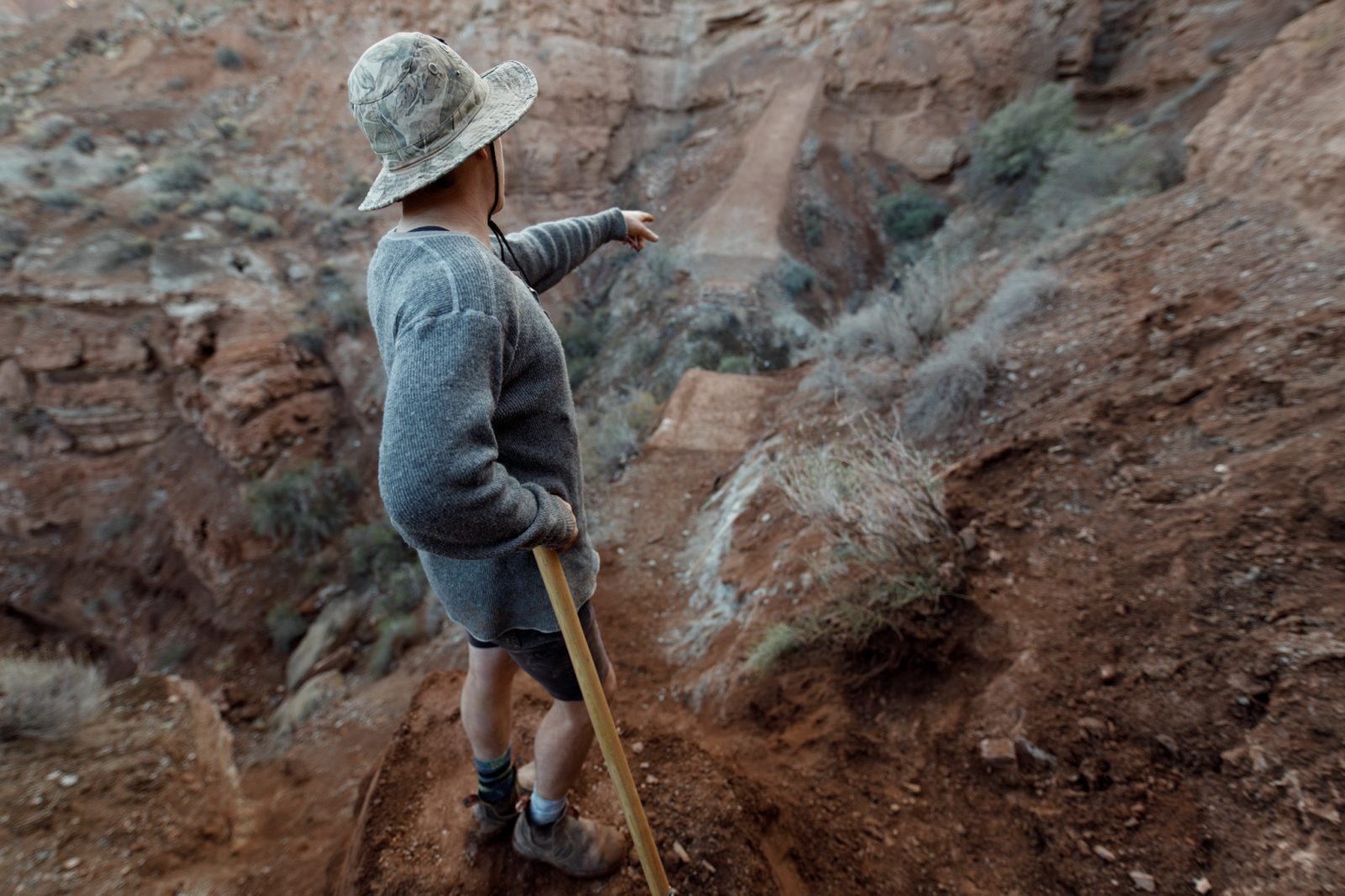 Justin Wyper eyes up a little skipper canyon gap for B 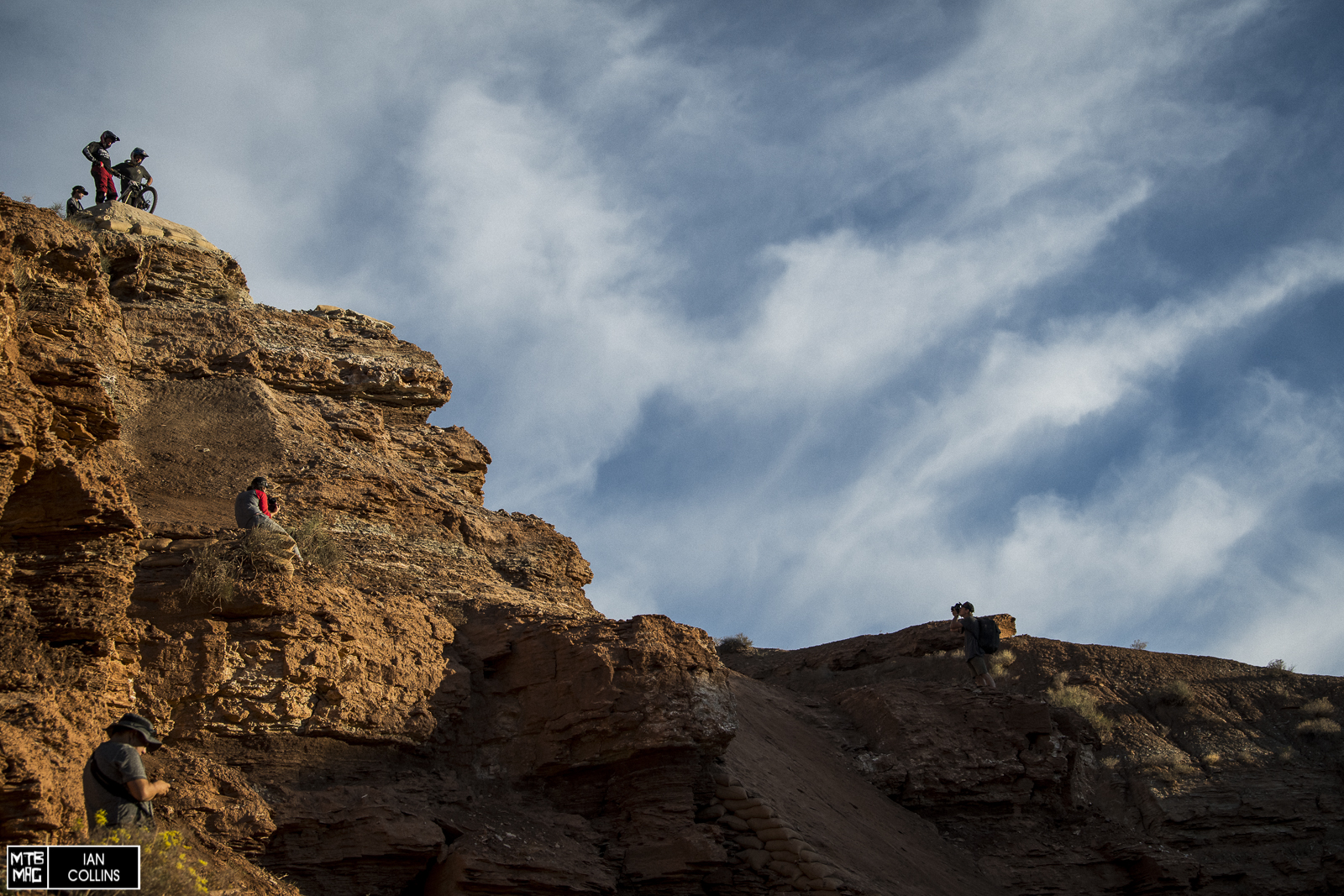 Kyle Strait and Carson Storch eye up their big drop in their lower middle section. By day’s end both would test it out successfully. 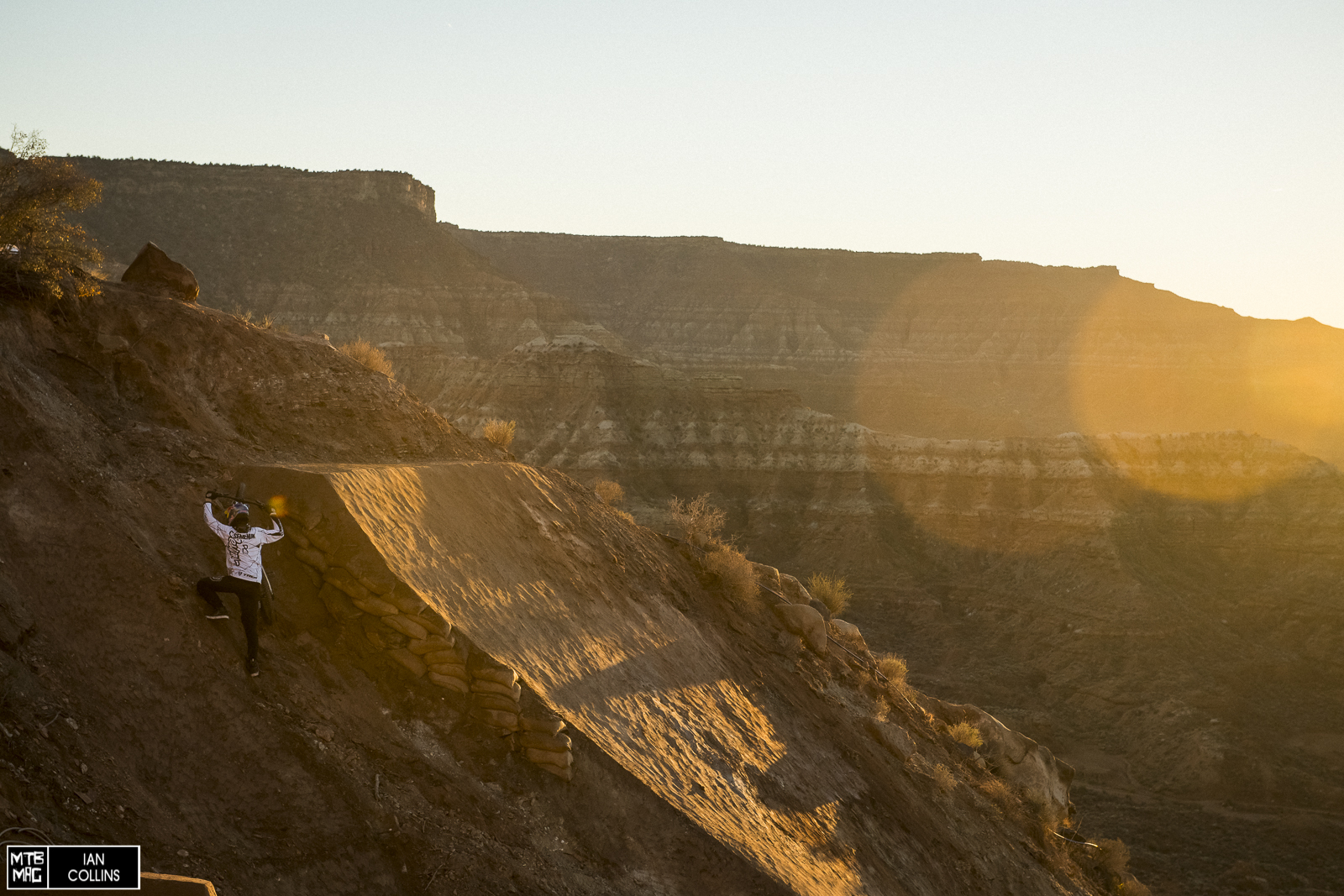 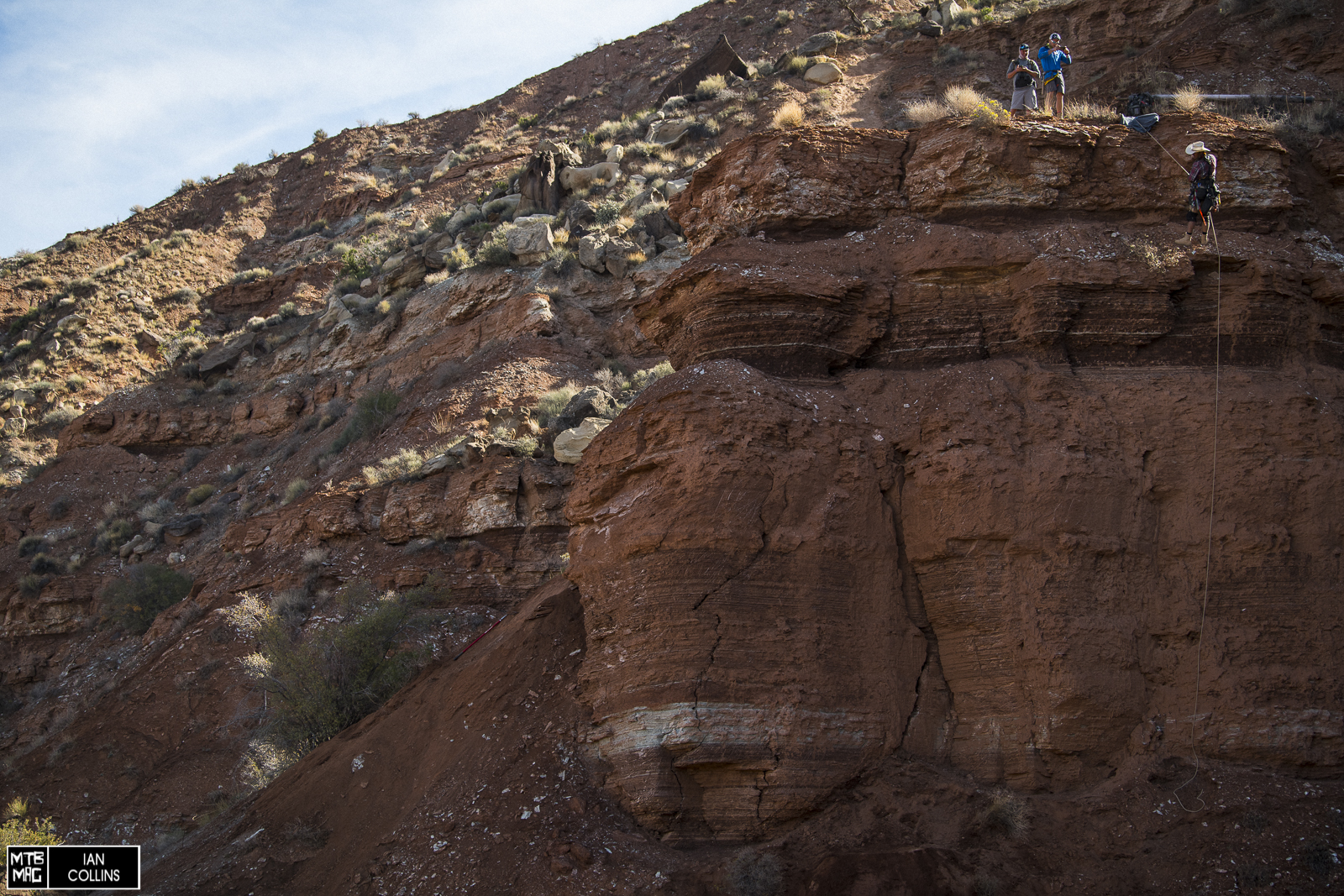 See that crack to the left of Boss man Dale Womack, with the cowboy hat? That’s Jordie Lunn’s ride line…Psychotic. 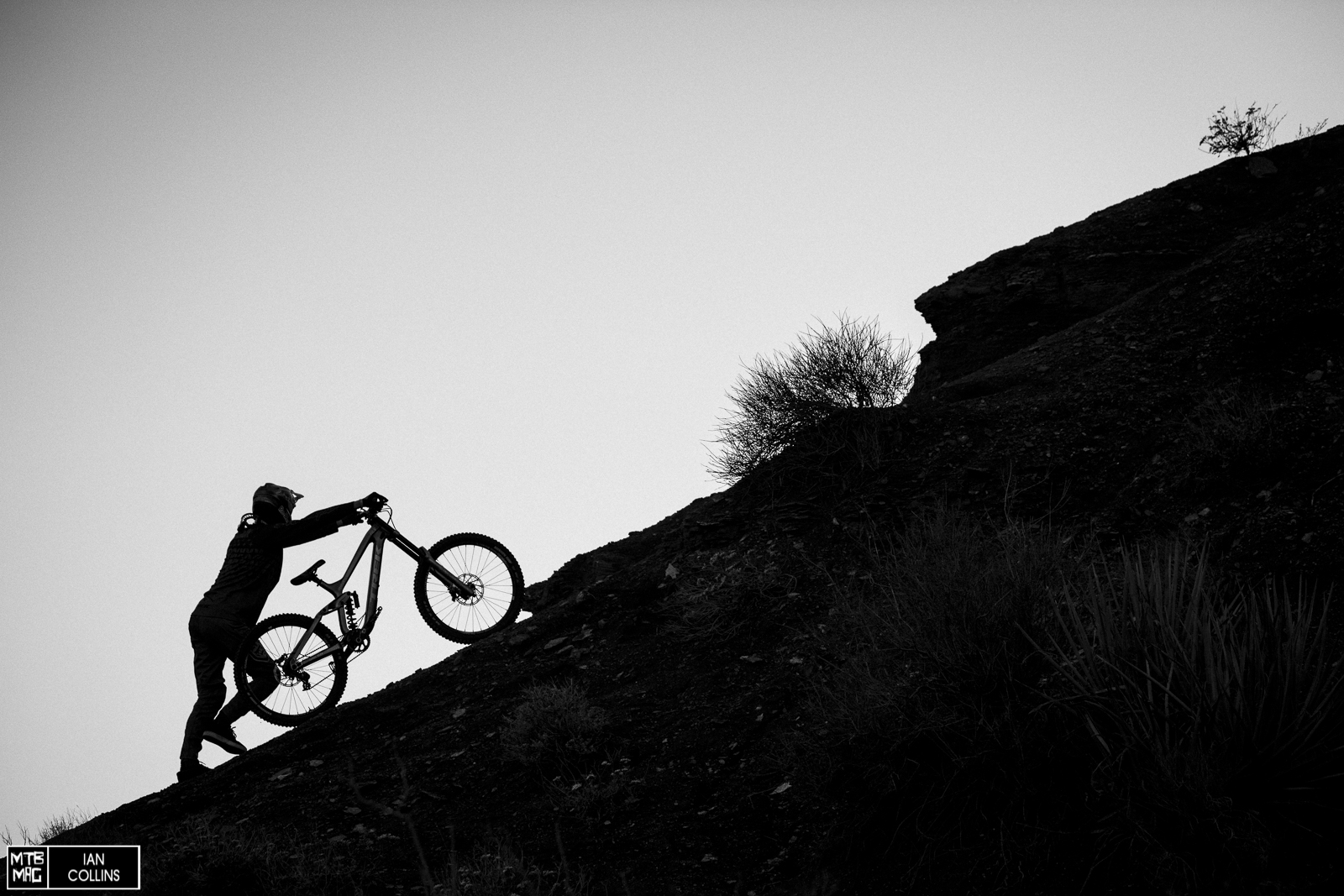 Brandon Semenuk getting some off site practice in a couple of days ago. 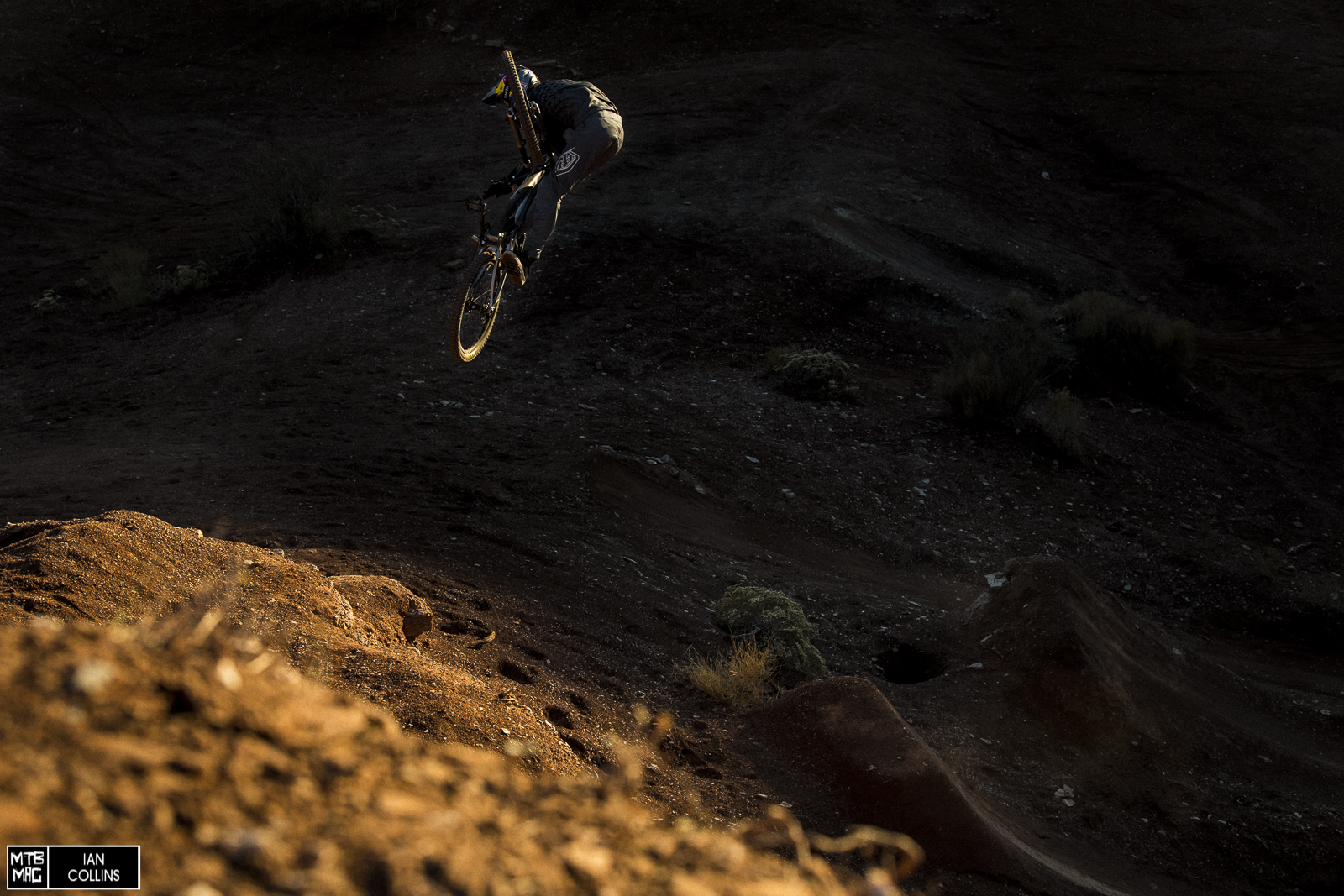 Semenuk shoulder buzzers for the win!