We presented the new Rock Shox Pike approximately one month ago. Now that we have it in our hands, it’s time to install it on one of our test bikes and ride some of our “home” trails. 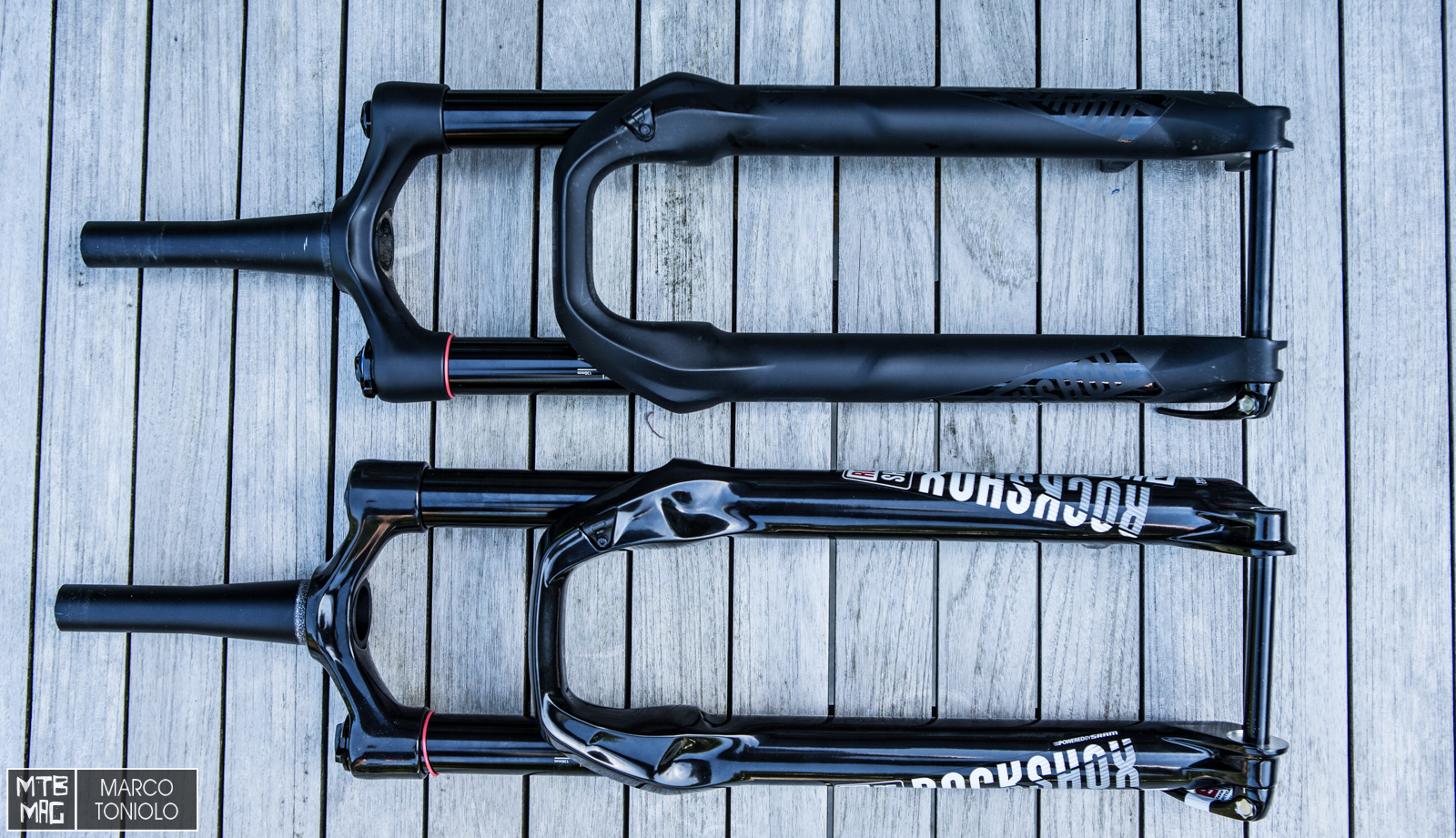 Pike used for the comparison: RCT3 Solo Air, 29, Boost.
Both forks have been installed on a Stoll T1 bike. 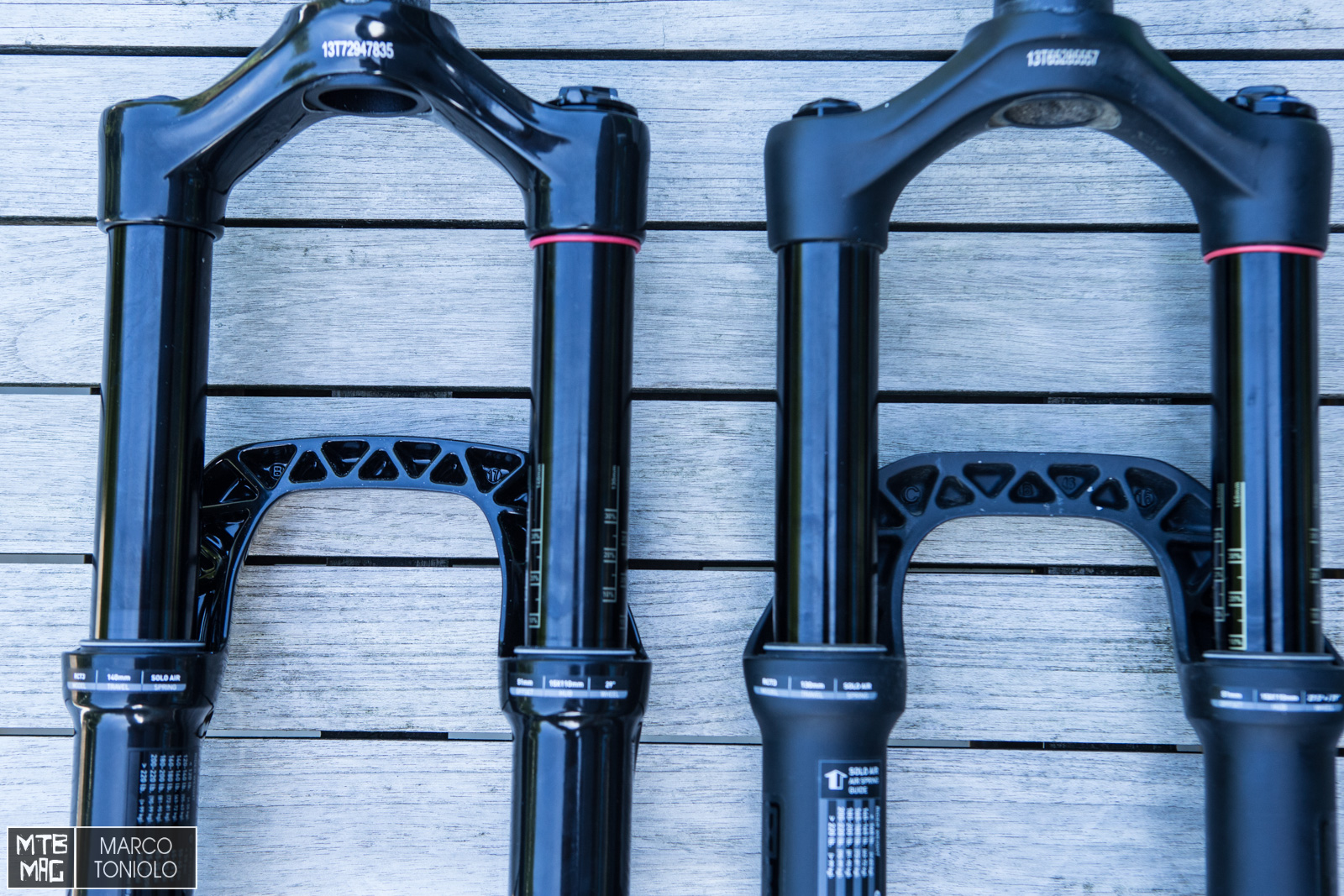 The new Pike is 160grams lighter than the old model, which weighed 2,040 grams, in the same configuration and with the same steerer tube length. In addition to this, you should also add in the few grams of weight saved by the lack of the 180mm disc adaptor and its extra hardware. As you can see in the picture, the chassis is different: where it was possible, less material has been used, in particular the arch is lighter than the previous one. 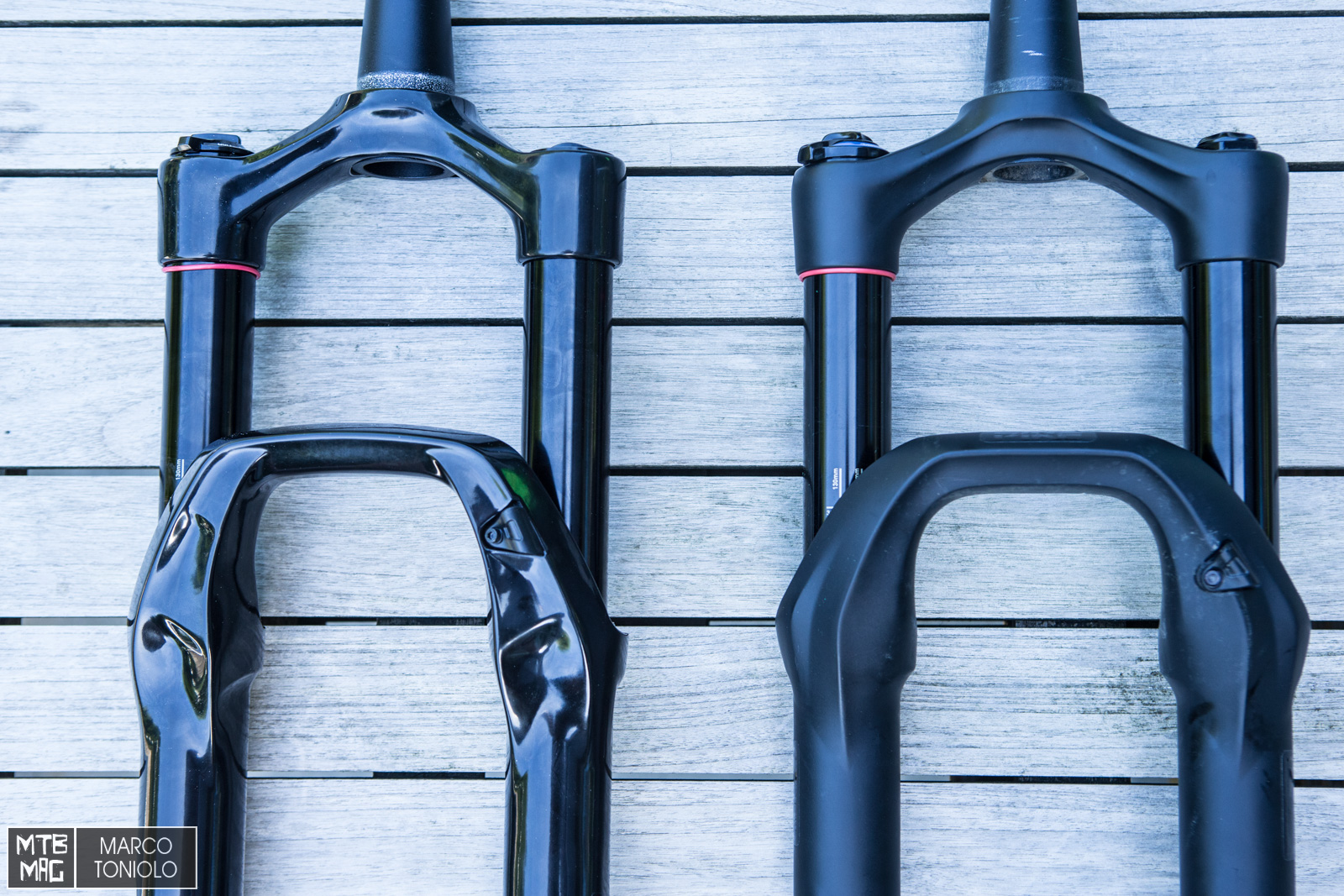 The crown and the front arch are more sculpted and chiseled away…not simply rounded off. 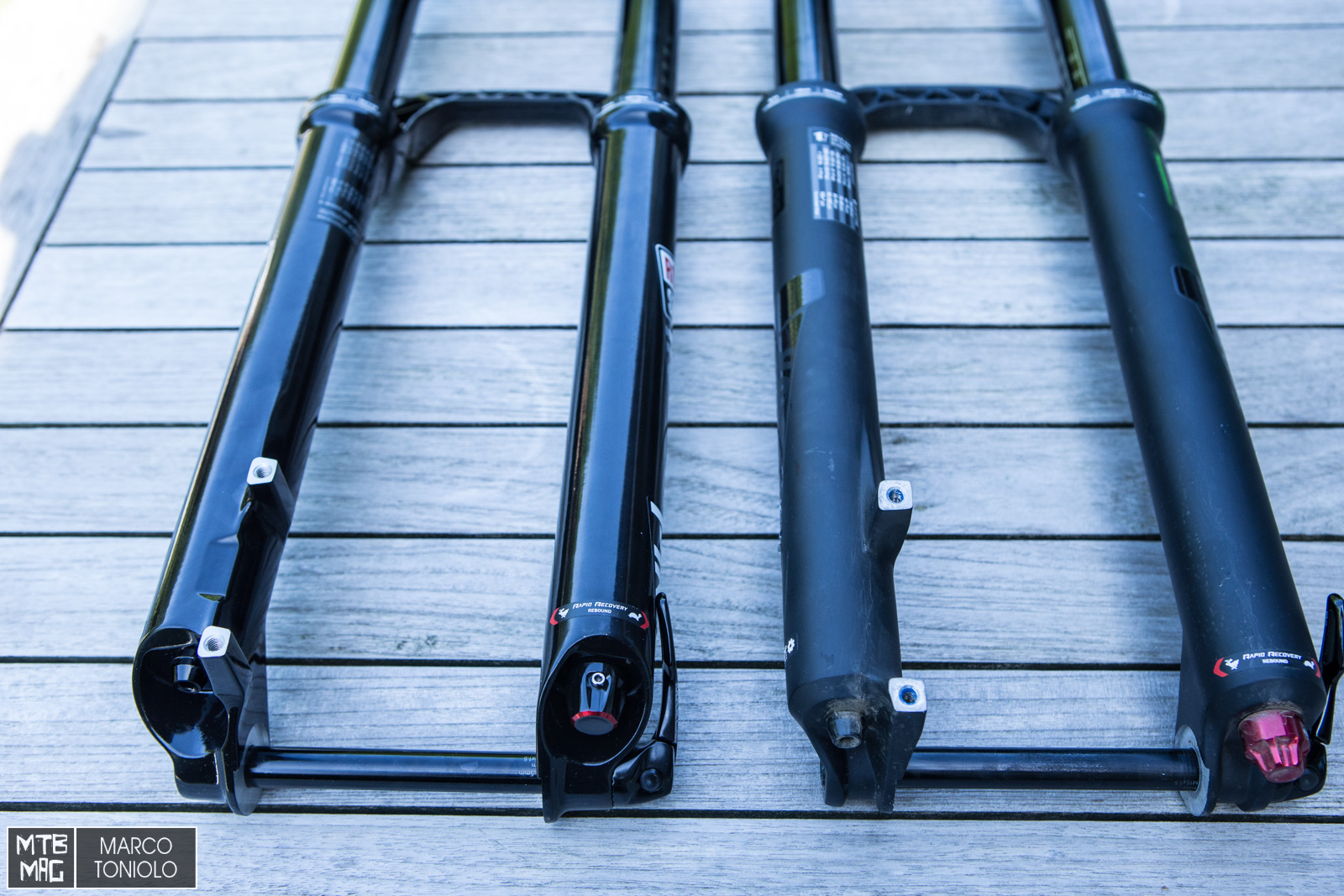 Some material has been saved in the bottom part of the lowers too. 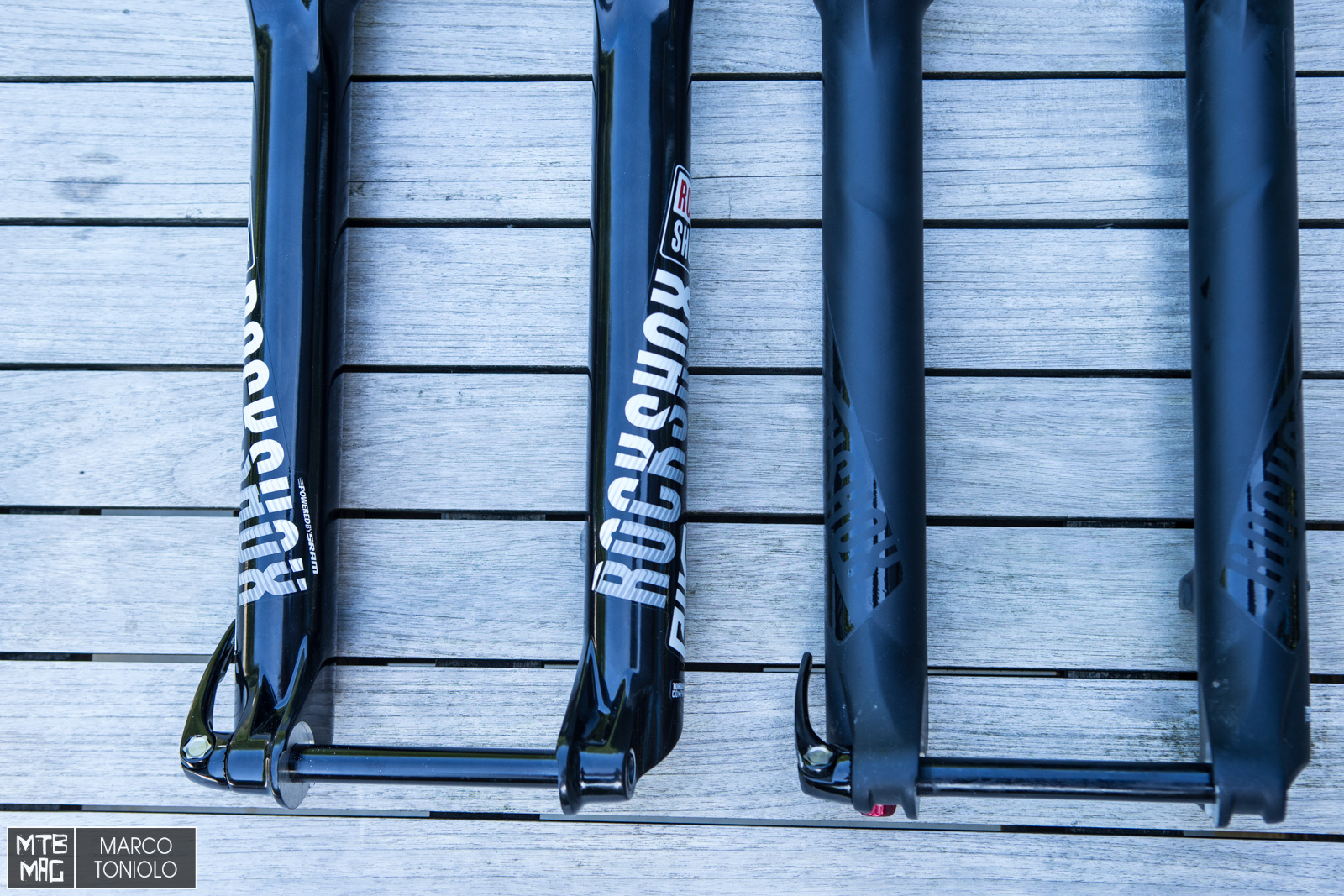 The compression adjustment knob in the three positions “open, pedal, firm” has also been redesigned/reshaped, as well as the cap which covers the air valve.

By the way, notice that with the same key you use to disassemble a cassette, you can also install the tokens, avoiding the risk of scratching the crown with an awkward spanner. 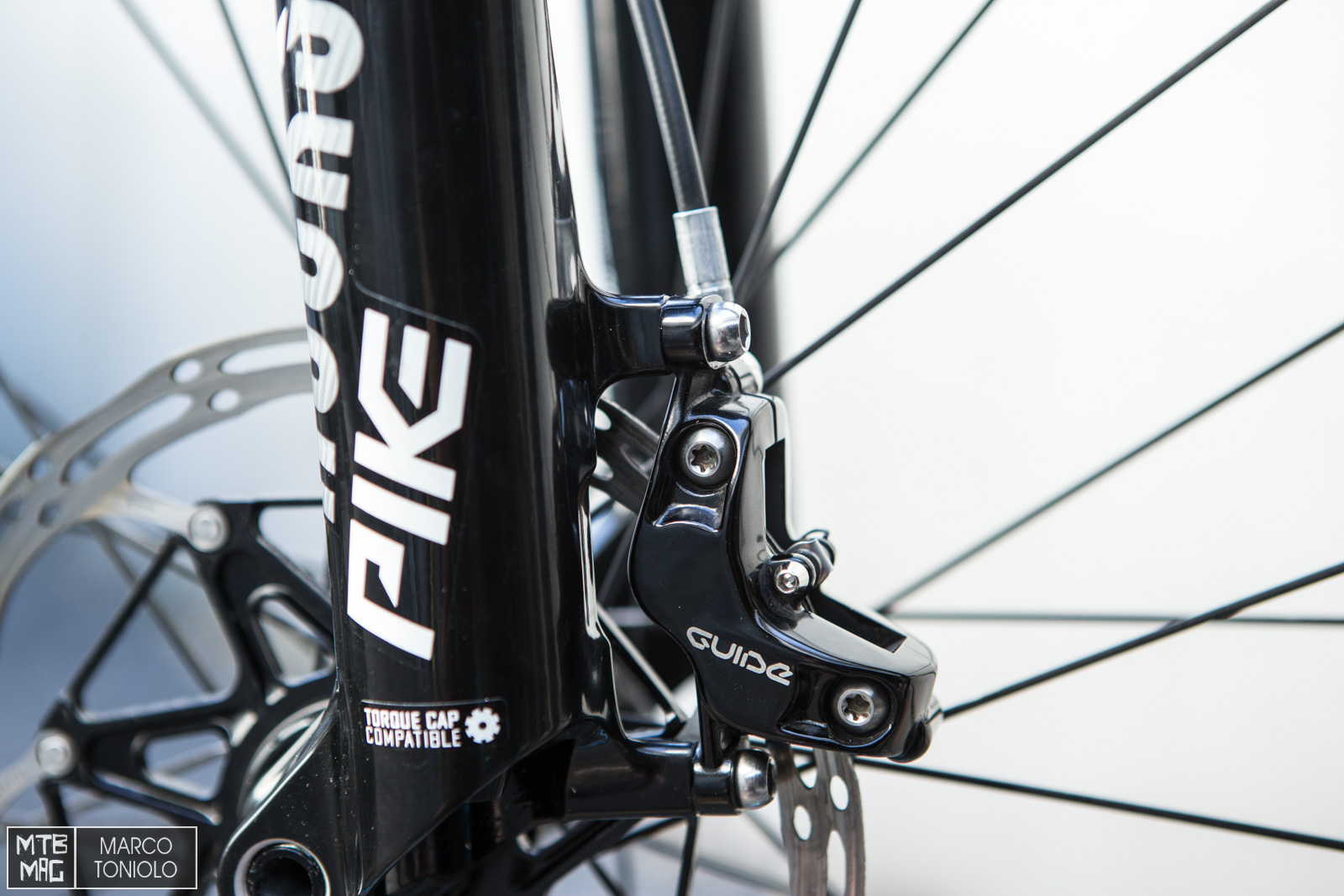 The brake caliper, for the 180mm disc, is mounted directly on the fork. It is not only lighter, but aesthetically cleaner.

The first impression is what really counts.

With this quote in mind, one morning we went out to ride one of our home trails with the Stoll T1 and the new Pike. The San Lucio – Monte Bar is a mixed trail with off-road climbs, long up and down sections and two descents which have some fast and some almost trials like sections. It is 60km long with 1,700 vertical meters. Since we rode the same trail last week with the Stoll T1 and the old Pike, it is easy to compare and contrast the feeling of the two forks. The setup has been pretty simple, also thanks to the improved, more accurate pressure charts. Our rider weighs 71kg and set 72 PSI, 12 more than with the old pike. This is due to a larger negative air spring chamber, as explained in the presentation article. Low speed compression was left fully open and we took advantage of the three positions: open, pedal, firm. The latter is not a complete lock-out but it is pretty solid and really comfortable when climbing on asphalt or on smooth surfaces.

The pedal position is interesting since it’s not as locked as it was in the old pike and it can be very useful. We used it also during the trial section of the descent, facing big steps. In this way the fork dives less. The new Pike provides more mid stroke support than the old one. The difference is not enormous since the previous version was already pretty efficient, but now the fork feels very supportive at mid travel. With one token installed, we didn’t have any bottom out issue and at the end of the day the O-ring was at approximately 1cm from the crown.

Regarding small bump sensitivity, the difference is quite noticeable. From the very first second, the fork reacted to small bumps, providing high levels confidence on fast and rough sections. Downhill, today we felt a bit safer than last week, it was not because of the 5mm more of travel. The old Pike had 135mm of travel, while the new one has 140mm. One interesting thing: the distance between the axle and the crown has been reduced by approximately 5mm, so in the end the two forks have the same overall length. This was particularly important on today’s trail since there are some difficult climbs where the front must be firmly planted to the ground so as not to lose grip. 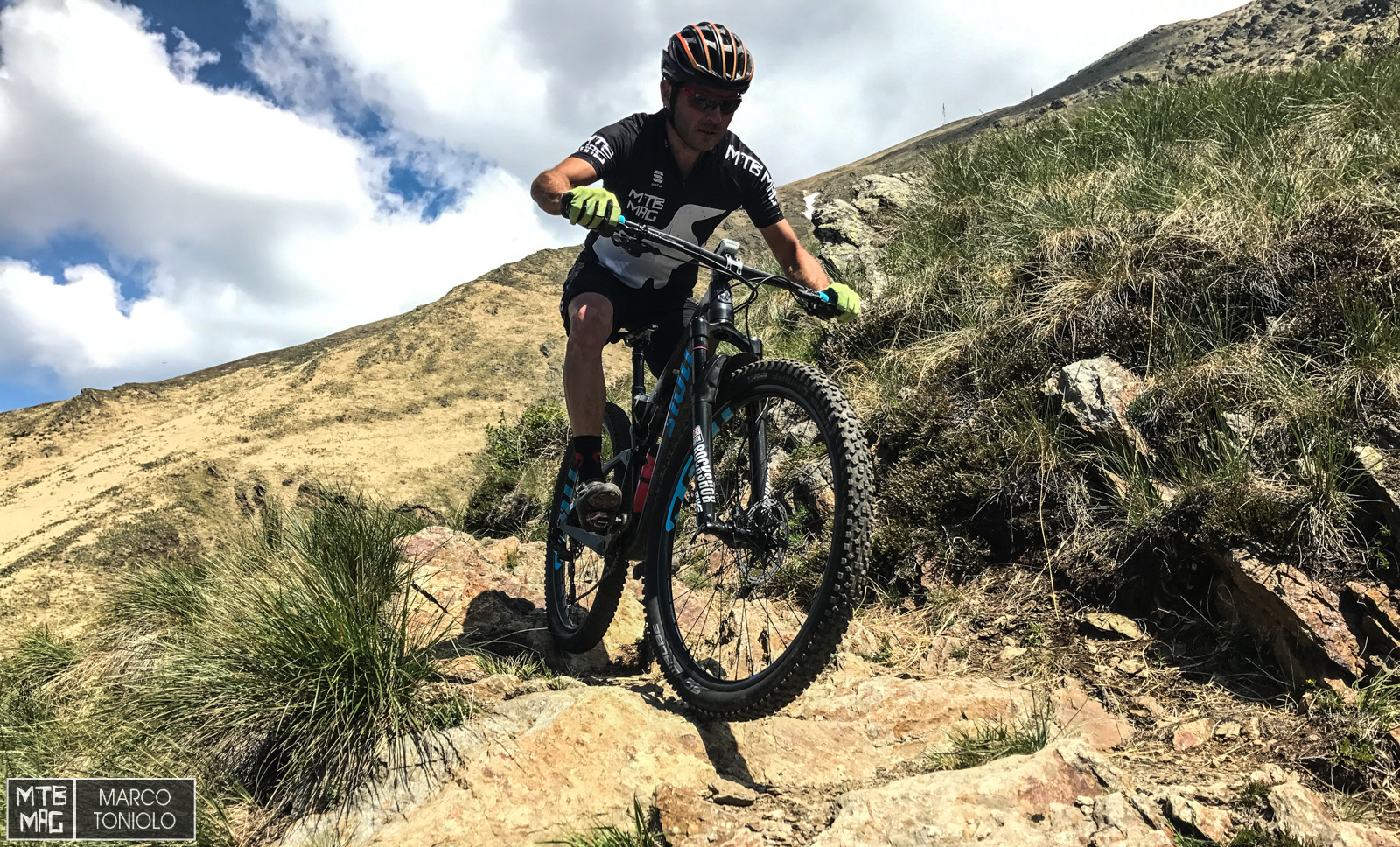 Despite being 160grams lighter, the new fork is as stiff as the old one, or at least the difference can’t be felt while riding.

RockShox did a good job improving an already excellent product as the Pike. The new version is lighter and more sensitive to small bumps, plus it provides more mid travel support than the previous version. Those last two qualities make the riding safer and more controlled on fast and steep terrain. We definitely recommend it.