Last Bikes is a German brand, and Fast Forward the name of their steel hardtail frame. It is not a “simple” frame, as it has rather extreme geometry, with a 64° head angle! That’s a big part of why we decided to give it a proper test. 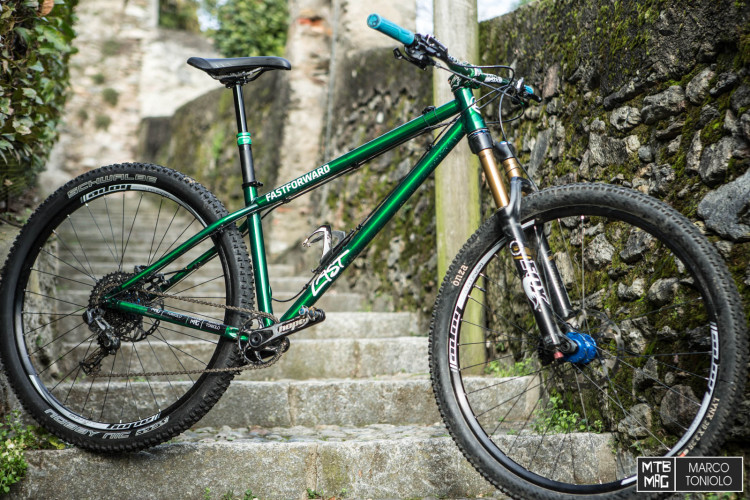 Last sent us the frame, and we chose all the specs based off of what we had available, except for the Yep Uptimizer 2.0 dropper seat post and the Hope Tech Enduro 29er wheels, which were sent to us specifically for this test.

We’ve chosen the Fox Talas 2014 fork, with 140-100mm adjustable travel and FIT4 damper, to have a smoother pedal stroke on technical steep climbing. 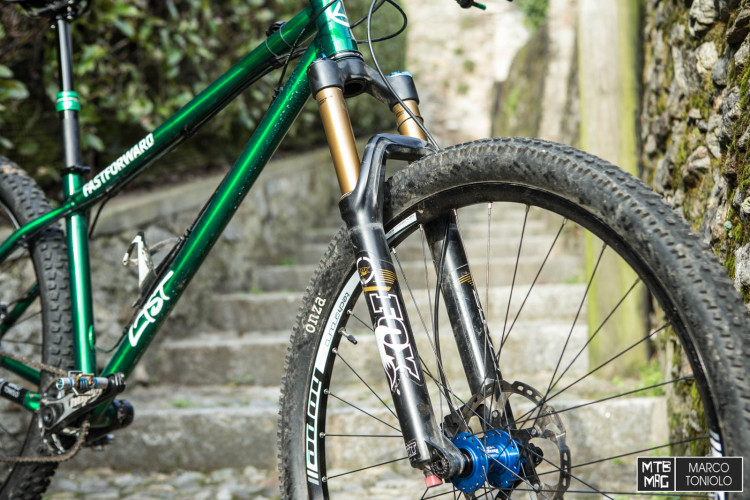 The crankset is also from Hope, details available here. SRAM XX1 drivetrain, Shimano XT 2014 brakes, Spank 777 bar and stem round out the package; s you can see, we preferred solid specs rather than lighter ones.

The wheels alone weight 2,070 grams (1,090 + 980 gr., specific test further to follow), but we weren’t afraid at all: it is better to have slightly heavier wheels on such an aggressive bike, when big hits are not mellowed out by any rear suspension. 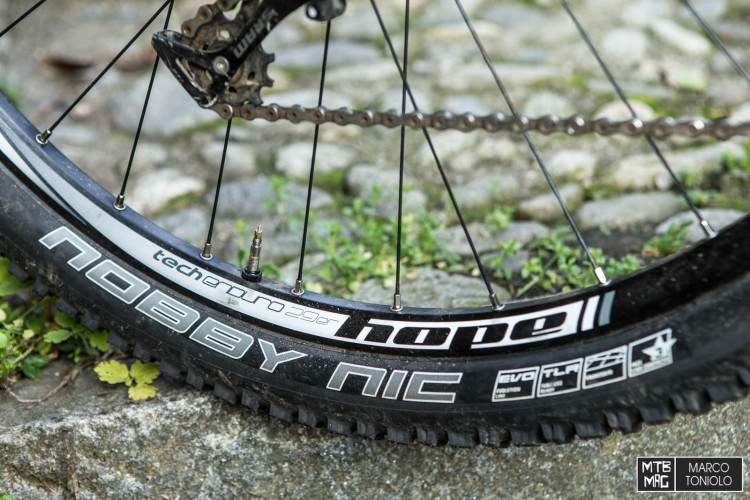 The frame is very well finished, from the welds to the cable fixing hardware. Routing is entirely external, apart from a small section inside the seat post for the dropper, resulting in easier installation and maintenance. 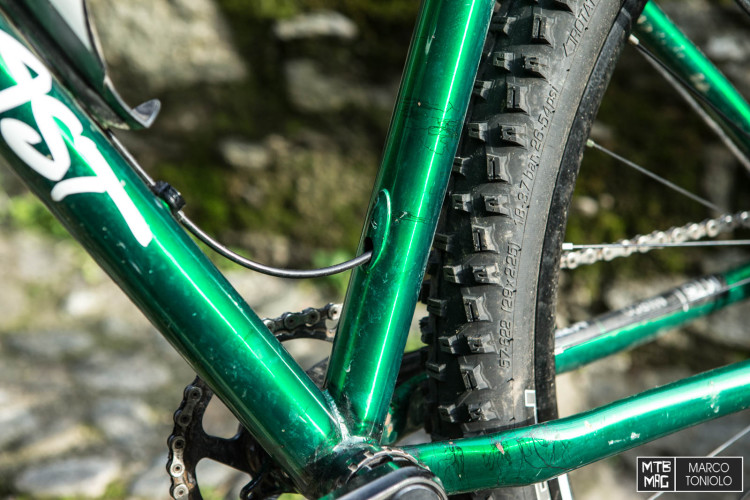 Let’s go back to the super-slack head angle. First, such a feature can’t exist without a complete adjustment of the rest of the bike’s geometry. In fact the rear chainstays are really short, and we made them even shorter, placing the wheel as close as possible to the seat tube thanks to the adjustable dropout. This choice is suggested only when on dry terrain, so that there are no issues with clearance between the tire and the frame. 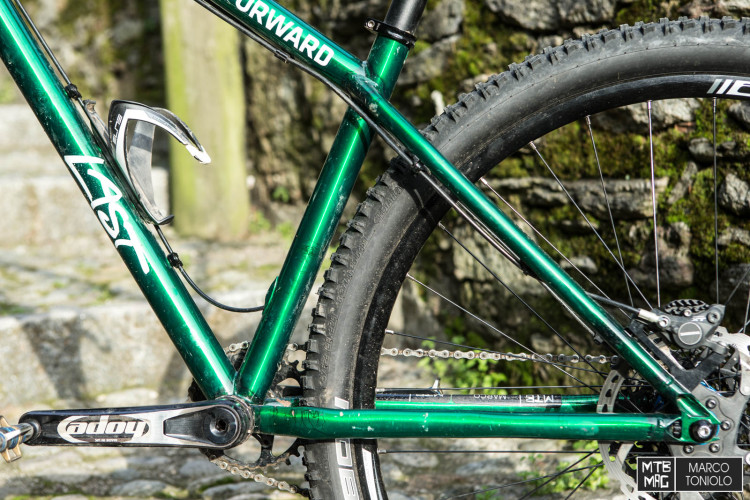 The tendency in recent years towards longer wheelbases made it possible to have slacker head angles. Without this adaptation, the bike would be a truck. The Forward geometry, launched by Mondraker years ago and adopted by a lot of brands, plays a main role. A longer  reach, together with a wide bar (780mm on the Fast Forward) and a short stem, increases the bike’s stability, while the wide bar forces the rider to keep his shoulders forward.

Increased bike stability means that a longer reach makes up for the shorter rear triangle and prevents the front wheel from lifting too easily off the ground on steep terrain. The short stem is necessary to keep the steering agile and fast.

The size of the tested bike is medium, the rider is 179cm tall, between a M and L size. 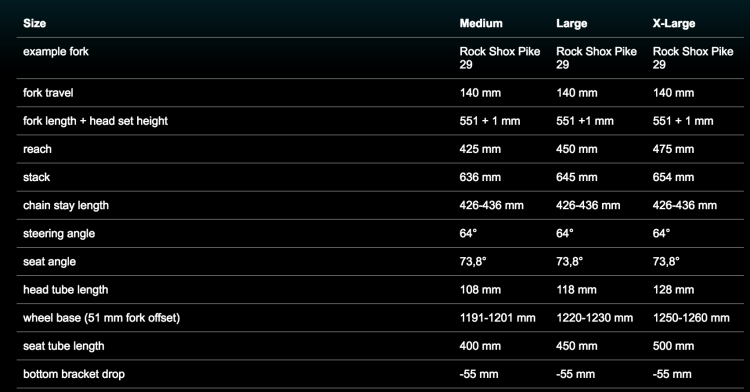 The test is focused on the frame and the geometry, a separate test of the Hope wheels will follow.

64° head angle:  The first impressions are of a very twitchy headset if the front is not loaded properly. It is noticeably hard to keep the front wheel steady when pedaling with no hands. This might seem a stupid test, but it says a lot about the character of such a bike. The confirmation was on trail, especially climbing: tight and technical turns require a big effort from the rider, a fork with adjustable trail may provide a “little help”. It is not by chance that you can see a Fox Talas 140-110mm on the FF. And it is not by chance either that Trek has chosen a Dual Position Pike on their new Slash 29. 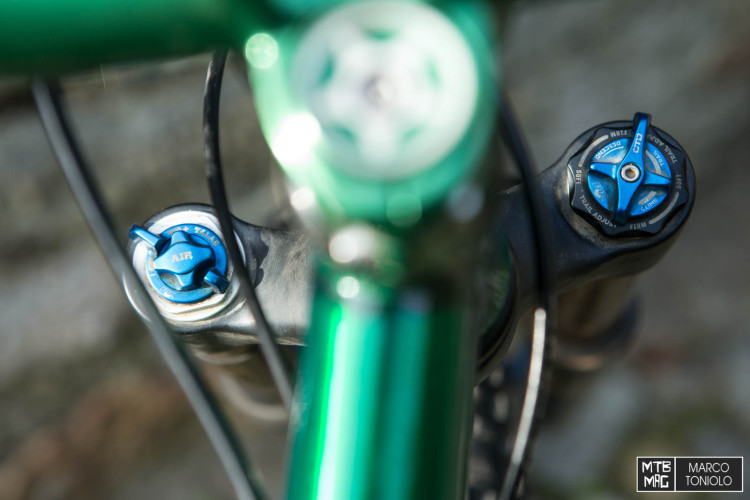 You have to get used to it, that’s for sure: on the first rides I had a hard time maneuvering the bike while climbing. Then, little by little, I’ve built up more strength in the arms and the upper body, engaging them (even more, of course). It’s fun, and good training. A rather steep seat angle helps a bit; considering that there is no sag, it doesn’t change with the weight distribution.

Downhill, things don’t change that much: you have to constantly load the front to initiate turns. The advantage is great stability at higher speeds and the ability to hold the line easily, even on bumpy rough sections (not bad for a hardtail). Don’t trust the numbers: thanks to the really short triangle, the bike is easy to turn even on tight bends. A trail like “The Guardian”, that was an EWS Punta Ala race trail in 2013, is perfectly suited, with a tight, curvy upper section followed by high speed jumps. 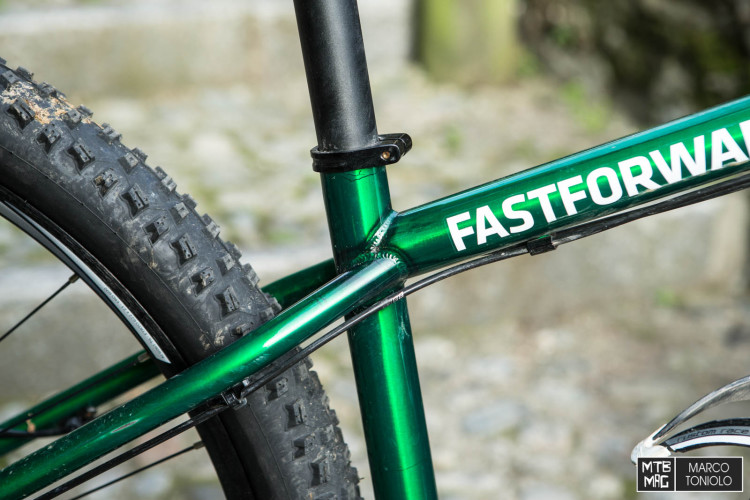 I’ve found little difficulties on slow steep terrain, where one could expect the opposite (example: high part of the “Tre dita trail” which has bee ruined by motorbikes). It is easy to guide the bike because the weight is already placed on the front, and the 1-2cm longer wheelbase could hardly be a concern, even on nose presses. The negative aspect of this bike is the relative difficulty to lift it up, most of all to lift the front. In this case the forward geometry and the slack head angle, as already said, keep the bike attached to the ground, and it takes a lot of energy to lift it.

The Fast Forward is definitely an unusual trail bike, but in the end, thanks to the 29” wheels and their traction, it is not too hard to ride and not overly aggressive, even on long trails. The weight is not feather-like, especially considering that it is a hardtail, and the steel frame is a big part of it. The price puts things in a new light: at 599 Euro one can get a frame on which to built a customized bike with unique and modern features. 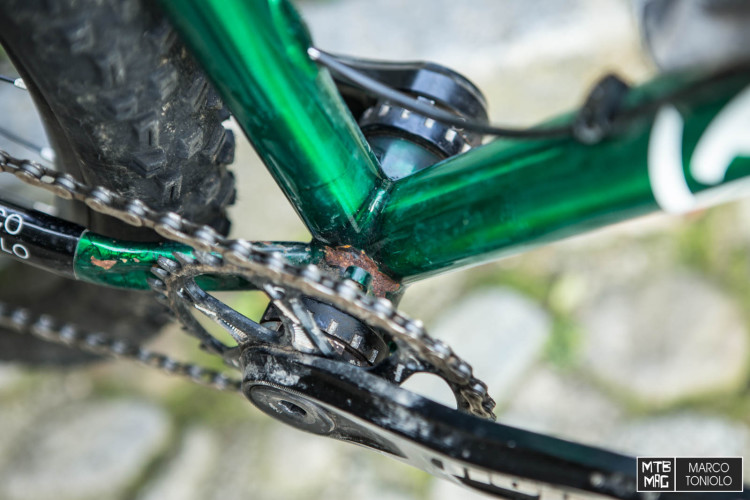 The painting deserves its own specific paragraph. The FF V2 is available in 5 colors, 4 of which are transparent, like the green of the tested bike. There has been an oxidation issue, as noticeable from the pictures. We called the guys from Last Bikes, and they told us that some bikes with transparent paint (green, red, blue and raw) were damaged by oxidation. To avoid any problems it is better to buy it painted in black, the only non-transparent color available. All in all, one can have fun even with such a slack head angle. It demands a different and more physical style of riding, but it will not let down the more open-minded riders. The Fast Forward has a clear goal:  Make an efficient bike that is fun to ride and doesn’t break the bank. The transparent paint is not recommended at the moment. To play it safe, go for the black model.