It’s been a few years since I’d last tested a set of Enve wheels/rims and the Ogden, Utah brand has overhauled their wheel lineup not once, but twice since. They have stuck to their guns with a couple of key design elements, but have also managed to add some new features and tweaks. Doing their manufacturing stateside has earned Enve a reputation for being on the pricier side of things, but it was nice to see them announce a lower price point wheelset as well as a much improved warranty. Lo and behold, I found myself aboard the new M730’s for most of this past Summer, Fall and now in the early phase of Winter. Here’s what they’re all about… 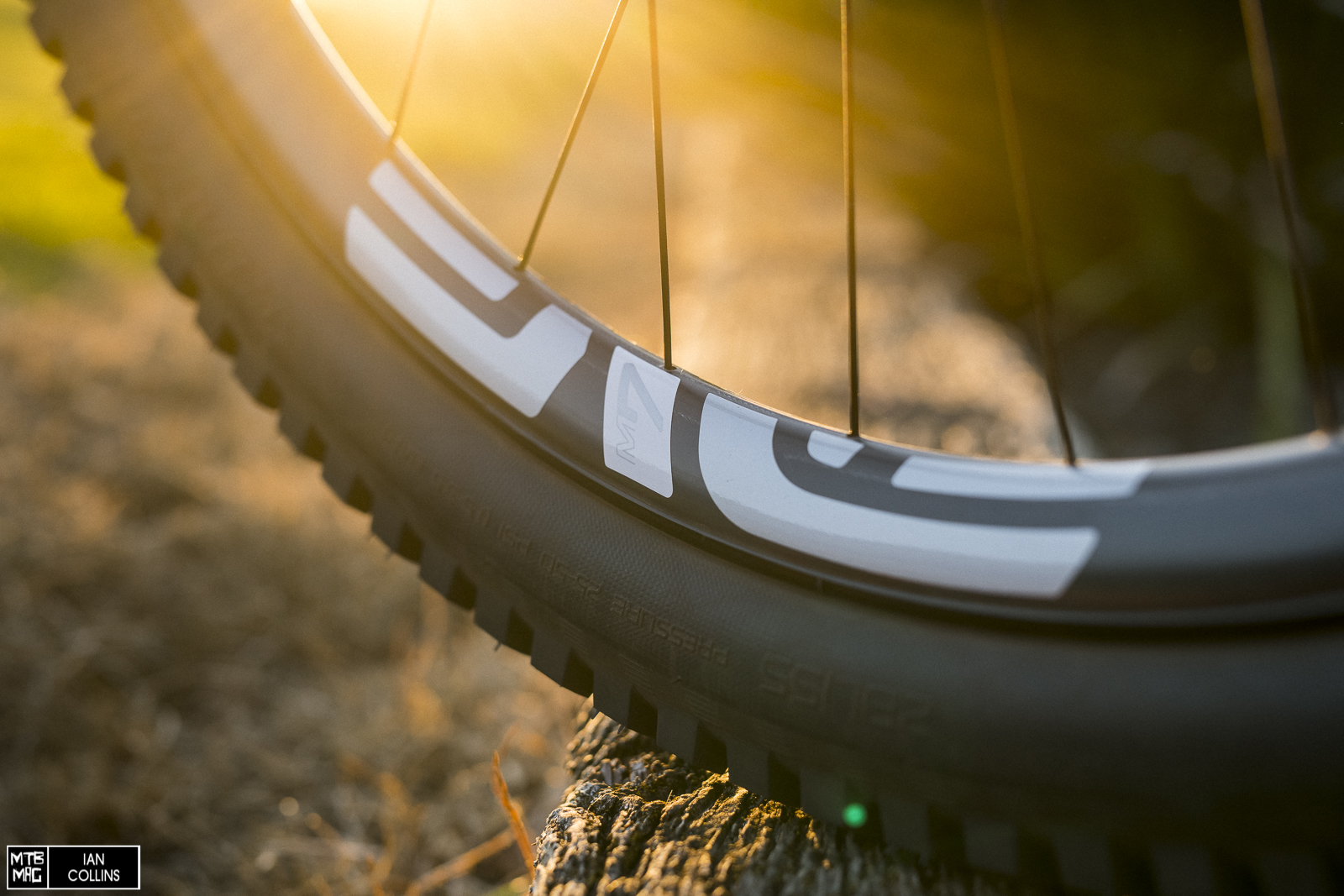 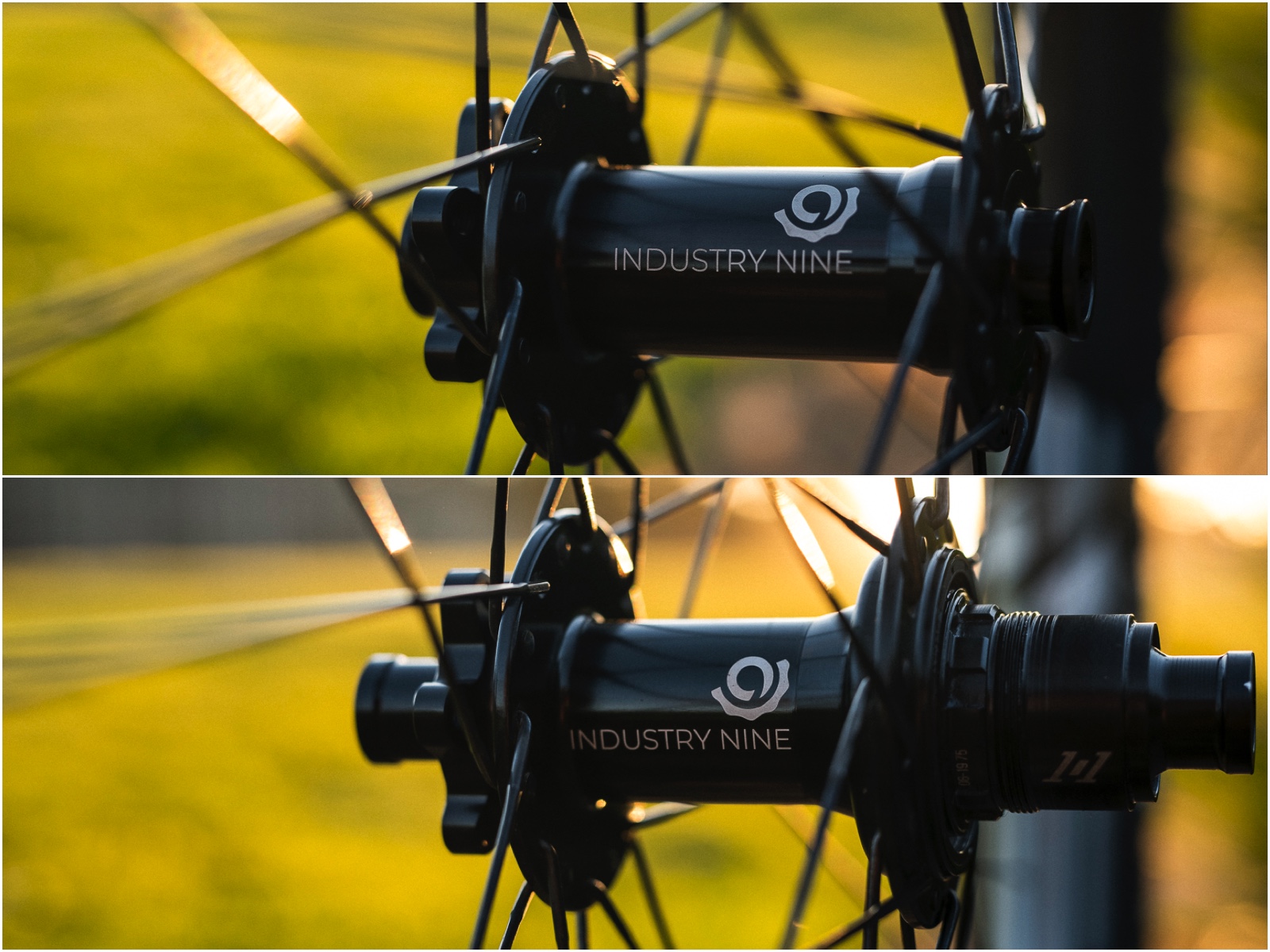 At the heart of the wheels are Industry Nine’s more affordable offering, the 1/1 hubs – which also happen to be made in the USA. Simple and foolproof operation, tool free serviceability and reasonably light weights made the 1/1 hubs a no brainer for Enve when they wanted to bring in some new wheels at a lower pricepoint. 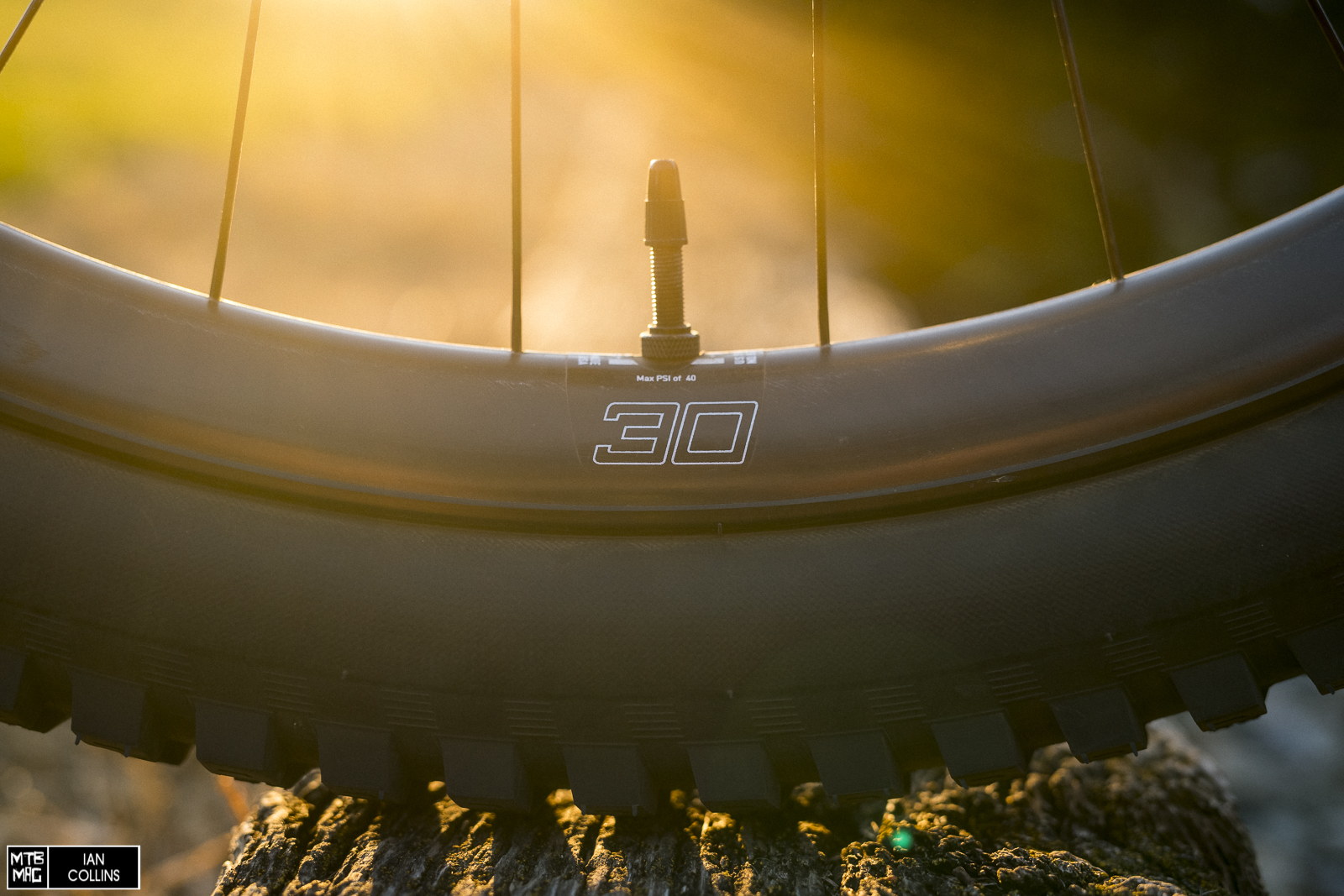 The latest rims from Enve come in a broad array of widths and duties based on intended usage. Most platforms offer a standard width, as tested here, as well as a wider width to support meatier tires. In the case of the 7 series rims, should you want to run 2.6″ and wider tires, the M735 might better suit your needs. Either way, you’re covered. 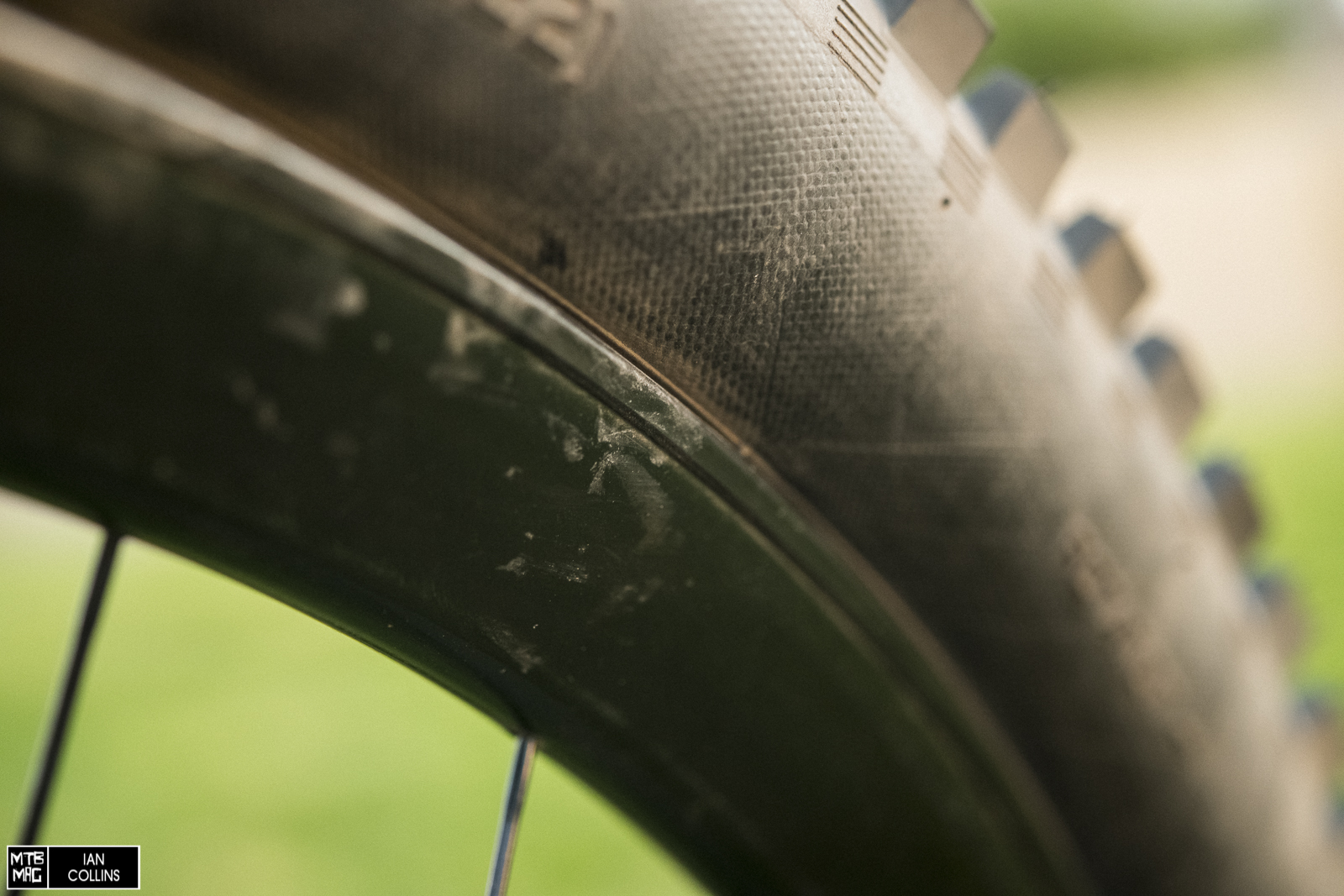 One new feature with the latest wave of rims from Enve is their new protective rim strips. Essentially it is a shaped and molded dense plastic strip that’s formed to the contours of the rim. Its job is to protect the carbon rims and serve to help prevent pinch flats as well. 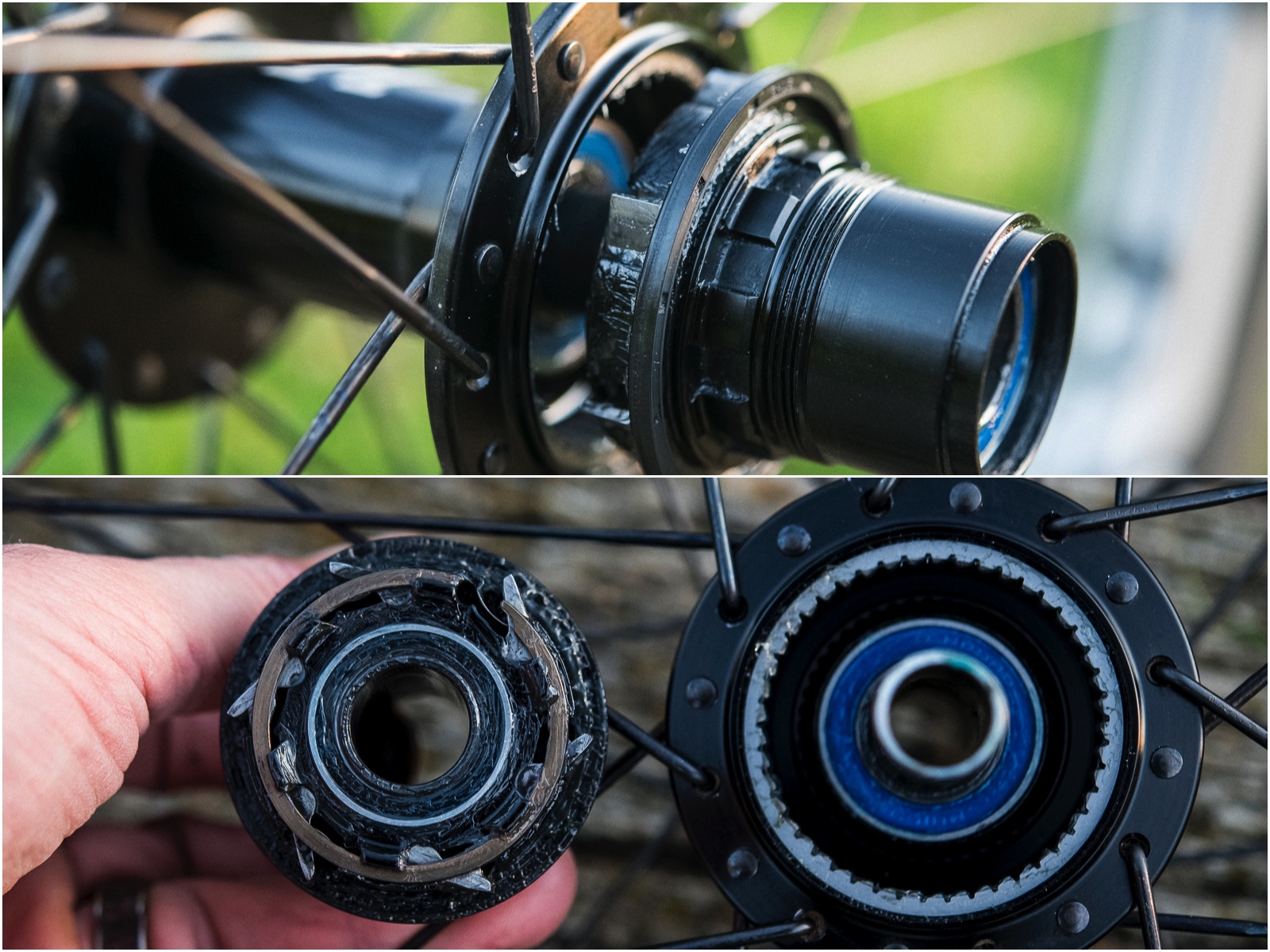 The 1/1 hubs have 6 pawls and a “dual phase” 45 tooth drive ring, making for 90 points of engagement. This makes for a speedy 4º engagement. 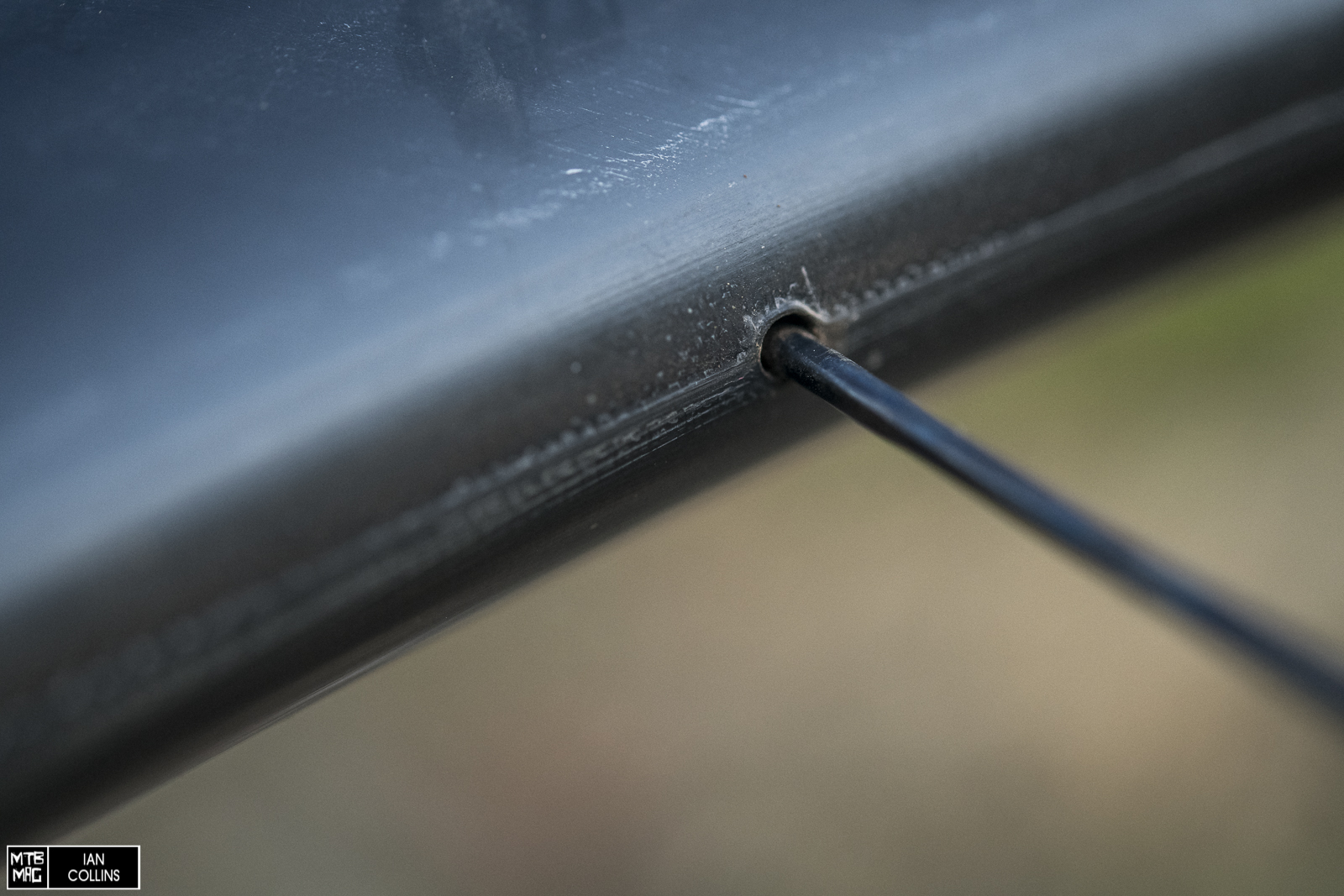 One thing that Enve has not changed since way back in their “Edge Composites” days are the hidden nipples. Although they claim this makes for a stronger overall wheel, it does mean you’ll need to take your tire off in the event that you need to tend to some loose spokes. For what it’s worth, the M730s never even needed a re-tension or required truing throughout their entire test duration thus far. One nice thing about the new protective strip is that you will no longer need to remove, throw out and reapply rim tape after truing the wheel. 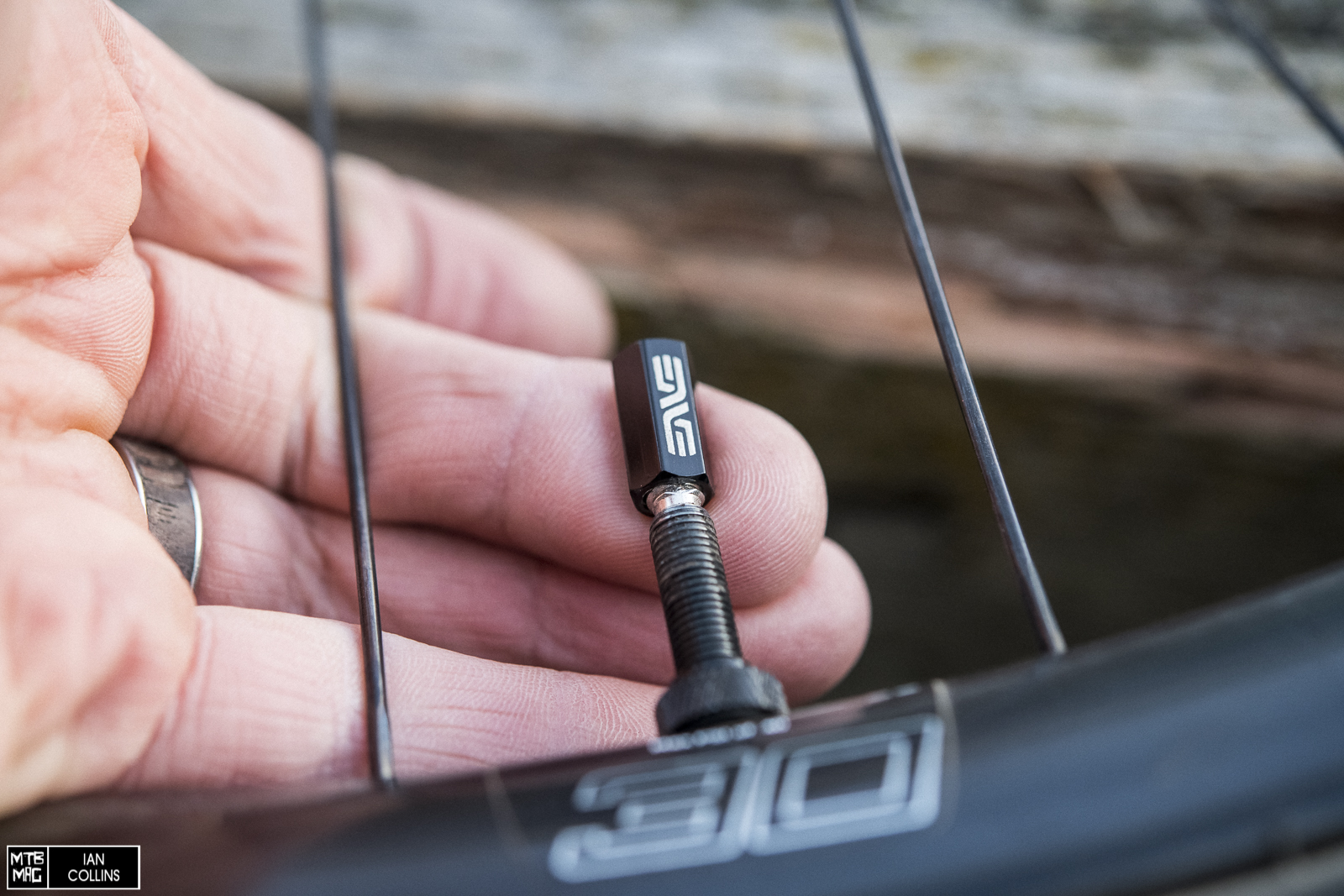 Last, but not least – I love small details like this. One of the valve caps is threaded on one end and fitted to cinch down your presta valve cores on the other. Genius.

While mounting the tires was slightly difficult due to a snug fit on the rims, that did mean that inflating the tires was a breeze with a floor pump. With proper technique, it was a fairly straight forward setup, and provided me with some confidence that no burping would ensue. From the beginning, the M730 rims were all business on the trail with serious side to side stiffness and thus pinpoint handling accuracy. In comparison to some of the other rims that I’ve been riding which boast the latest trend of a shallower rim profile, they did prove to be less forgiving. I’d rate them as riding on the rougher side in comparison after doing some back to back testing. In terms of the tire footprint they provided, I think 30mm is the perfect inner diameter for heavy duty riding with a 2.3″ to 2.5″ tire. As the M730 rims are rated for up to 180mm travel bikes, they are Enve’s burliest offering for bikes that you power up the hill yourself, only to be out-beefed by their M930, which is aimed at DH racing. For what it’s worth, they’ve spent their test time on my Evil Offering, which is a 140mm 29″ bike geared toward aggressive riding. 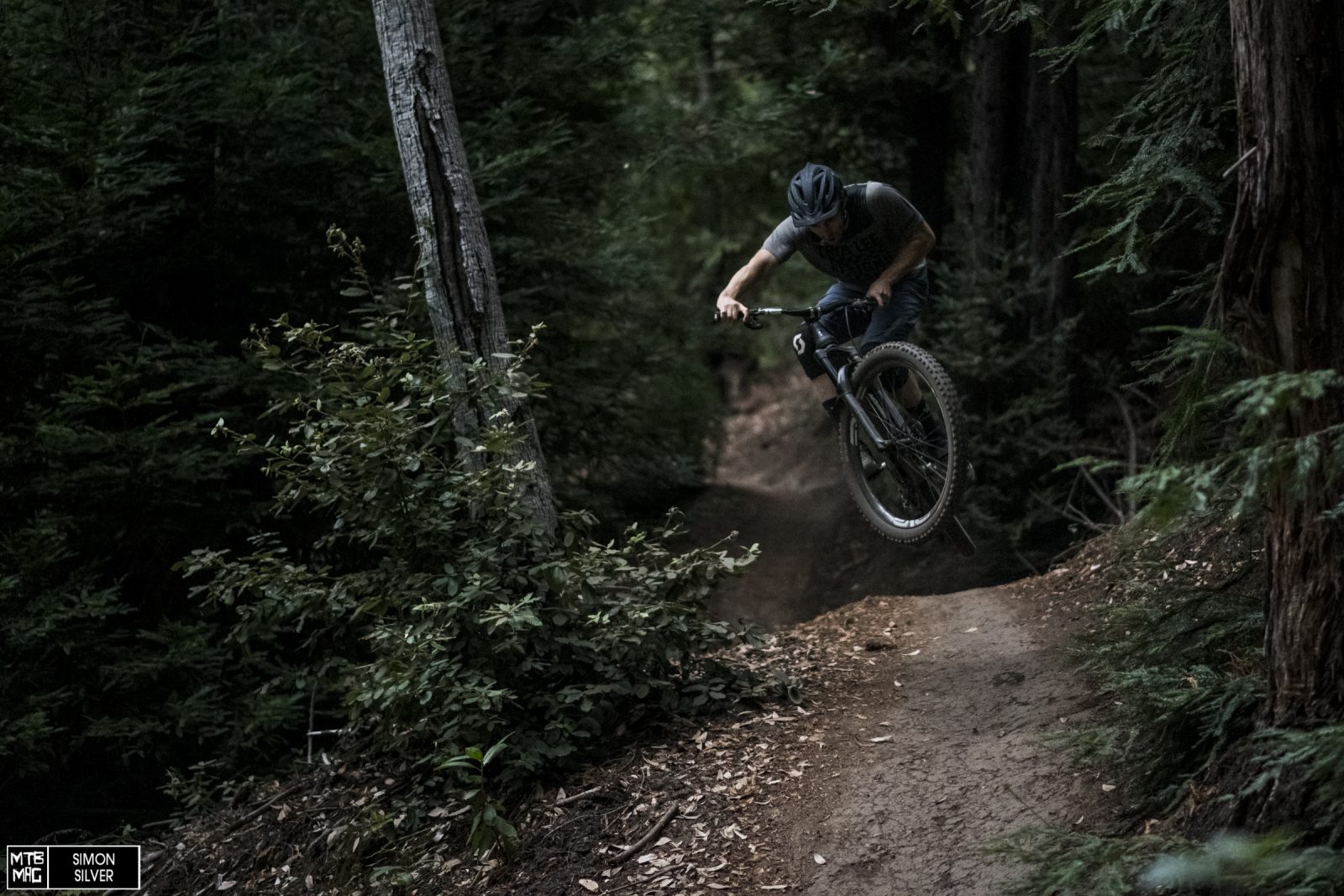 In terms of engagement, I found the 1/1 hubs to be plenty quick. Industry Nine also offer their over the top, freakishly fast Hydra hubs if you’re flat out obsessed with instant engagement. Enve sells wheelsets with those hubs as well, but they’ll coast you a bit more. While I mostly found the hubs to be smooth operators, after a few months I did notice some drag in the freehub. Incidentally, that served as a nice reminder that they were due for some love. A yank of the end cap and then another yank of the freehub body reveals the engagement mechanism. After a quick wipedown and some fresh grease we were back to rolling as smoothly as ever. No tools and about 10 minutes was all it took. 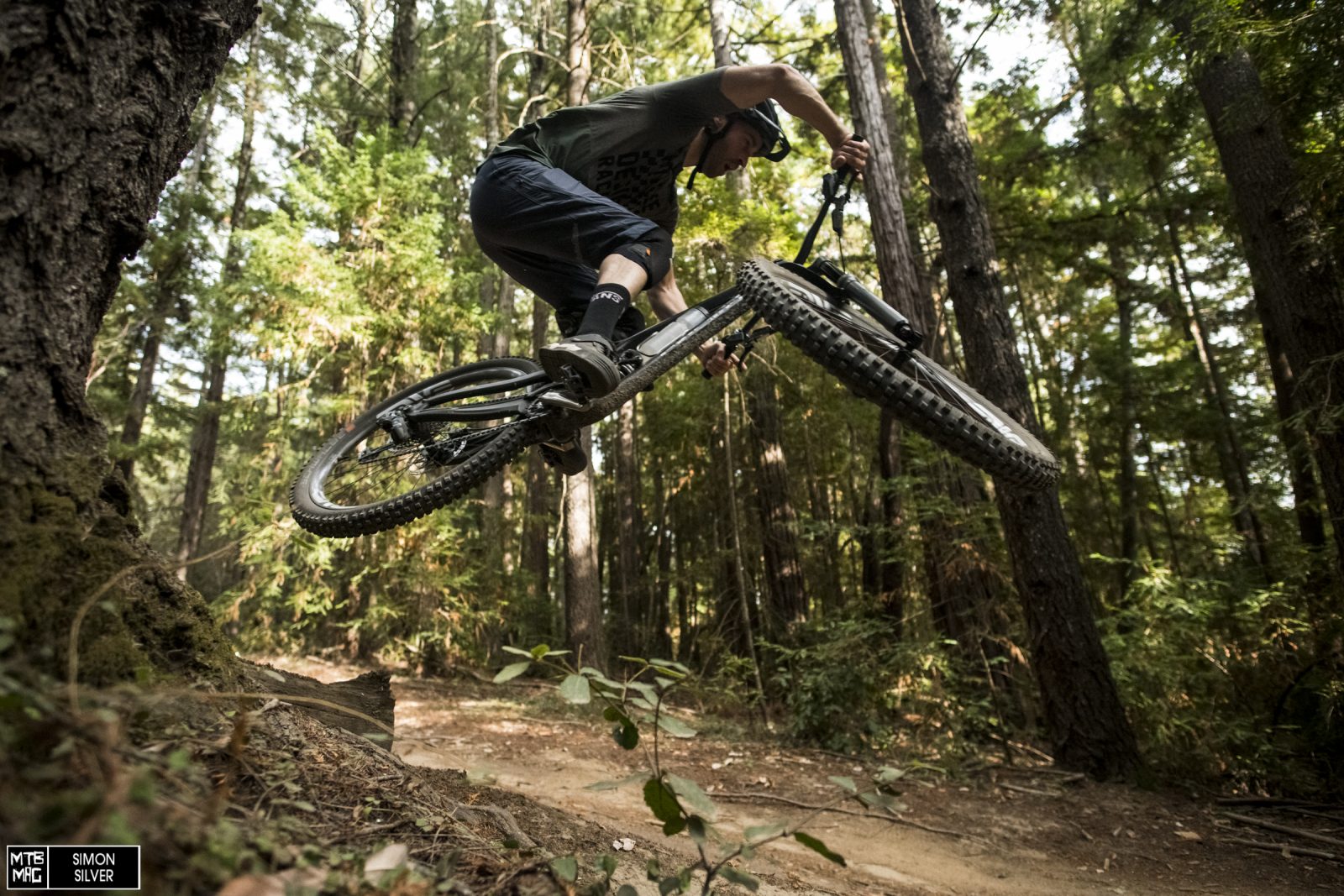 I tend to ride a bit light on my bike, and the Santa Cruz area isn’t known to be the rockiest place on earth, but I did have a trip to Downieville where I found myself pinging off of rocks at higher than normal speeds. In an effort to put the wheels to the test, I rode from Third Divide onward with sub 20 pressures and made a point to aim right at larger rocks. As I typically am not a fan of lower pressures, that made for some sketchy moments in the corners, but the M730 rims emerged from both laps unscathed, even with fairly light duty tire casings and a handful of heavy impacts. Speaking of impacts, while I doubt that the protective rim strips are as effective as actual foam tire inserts, on some dings, I could feel that they did subdue things a bit, so they’re likely worth the slight increase in weight that comes along with them. Personally, I feel that flats are generally either more likely caused by the wrong casing, low pressures and just straight up bad luck. In the few months that I’ve been riding these wheels though, I haven’t flatted once. As far as strength goes, so far in my experience, the M730’s have been tough as nails.

A while back, Enve received some criticism on a particular mountain bike website that I think was a bit over the top. It’s not my place to get into the details, but I will say this:

While $2,100 isn’t cheap for any set of wheels, when you consider the fact that both the hubs and the rims are hand made in the USA, Enve has stepped up their value, especially if you factor in that they now carry an excellent warranty. A particular friend of mine who races World Cup DH recently switched to Enve and drastically reduced the number of rear wheels he went through last year, down from dozens to the same number of eyeballs in my skull in fact. That same person also 50/50 cased a 40 foot canyon gap at Rampage and his wheels remained unscathed and that same wheelset went on to flip that same gap in finals. The point being, Enve rims are a lot tougher than you might think based on comments from the message boards.

As for the wheels that I personally tested, I found them to be well up to the task. The M730 rims were lively as could be and provided excellent handling, especially in the corners. Their hubs’ engagement was excellent as was their easy serviceability. The deep rim section did however leave the wheels lacking a bit in the compliance department, so I’d say that if you intend to push your wheels hard, these aren’t for the faint of heart. All in all though, an excellent set of wheels.