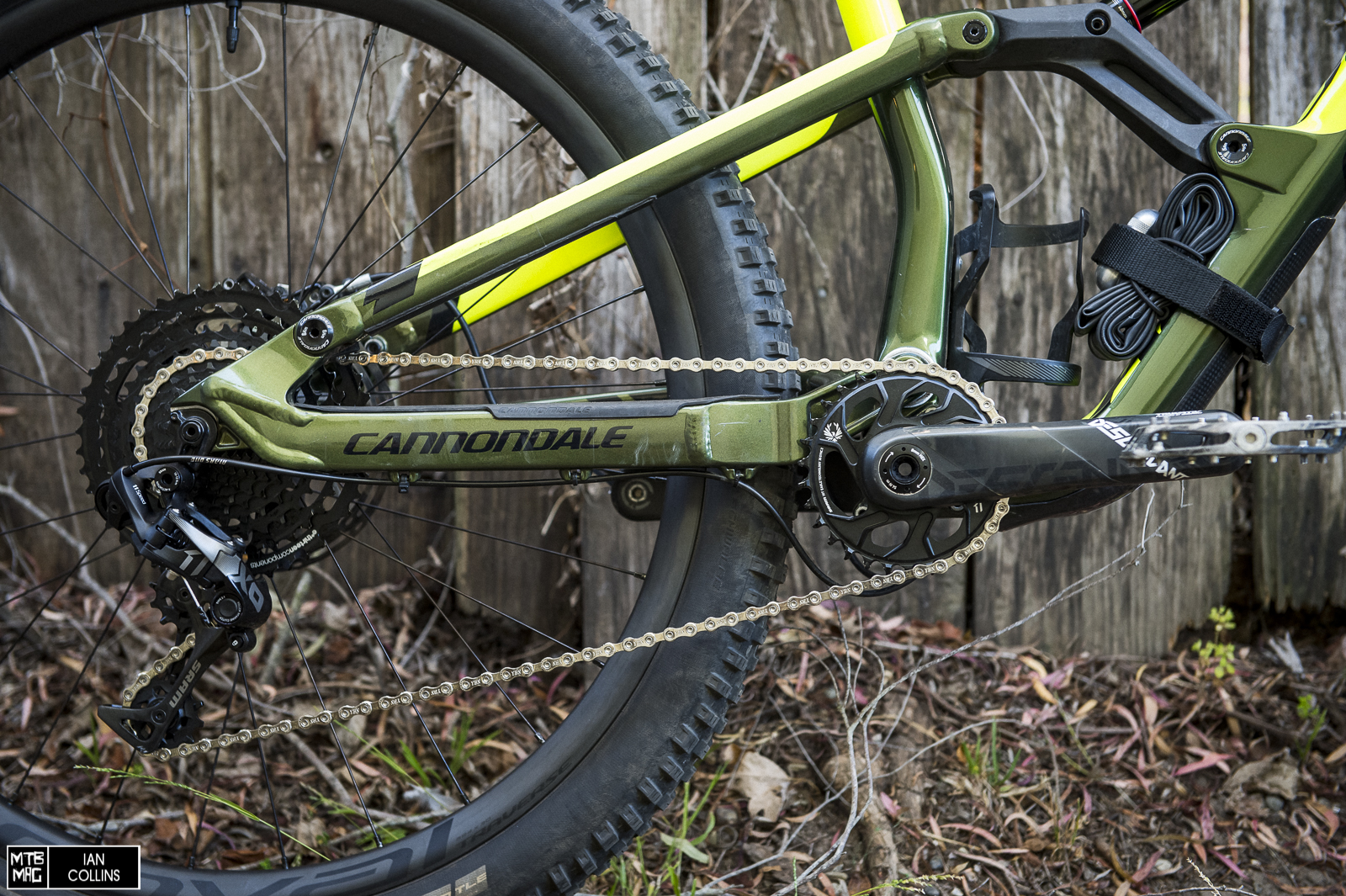 A while back, we first threw a leg over the E*thirteen 12-Speed conversion kit. At the time that we’d published that story, we’d only had a few riding days aboard the setup, but after another 5 months of frequent riding, we’re concluding our thoughts here. What is this conversion kit? Basically, it consists of a 12 speed cassette (with 511% range) and chain from E*Thirteen, as well as a spool to swap your shifter from 11 to 12 speed. It also comes with all of the necessary tools and only works with 11 speed SRAM groups (sorry – no Shimano). In short, for $300 you can take an 11 speed SRAM group, add a gear and extend its range to  511% – which is more than Eagle 12 speed groups offer. 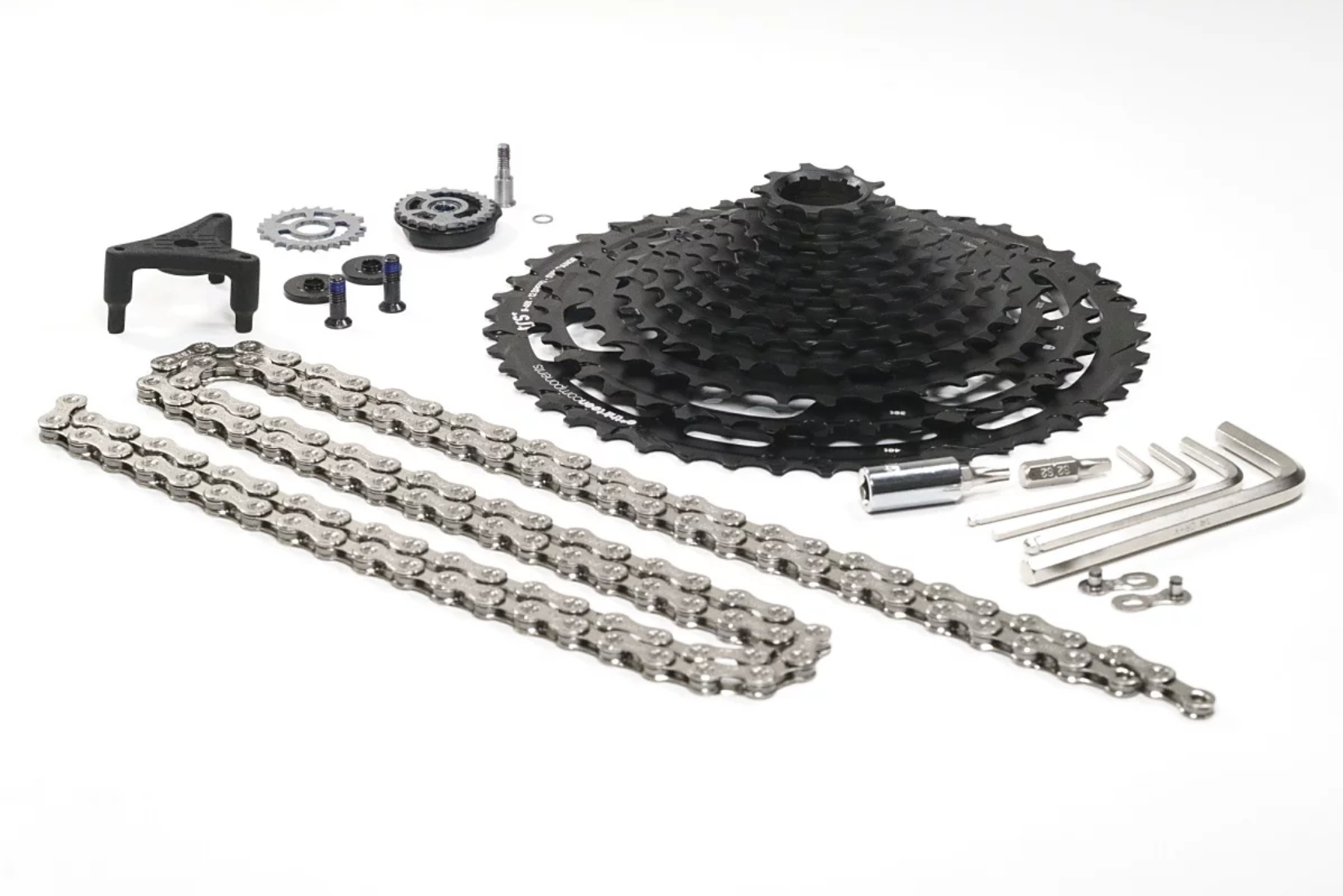 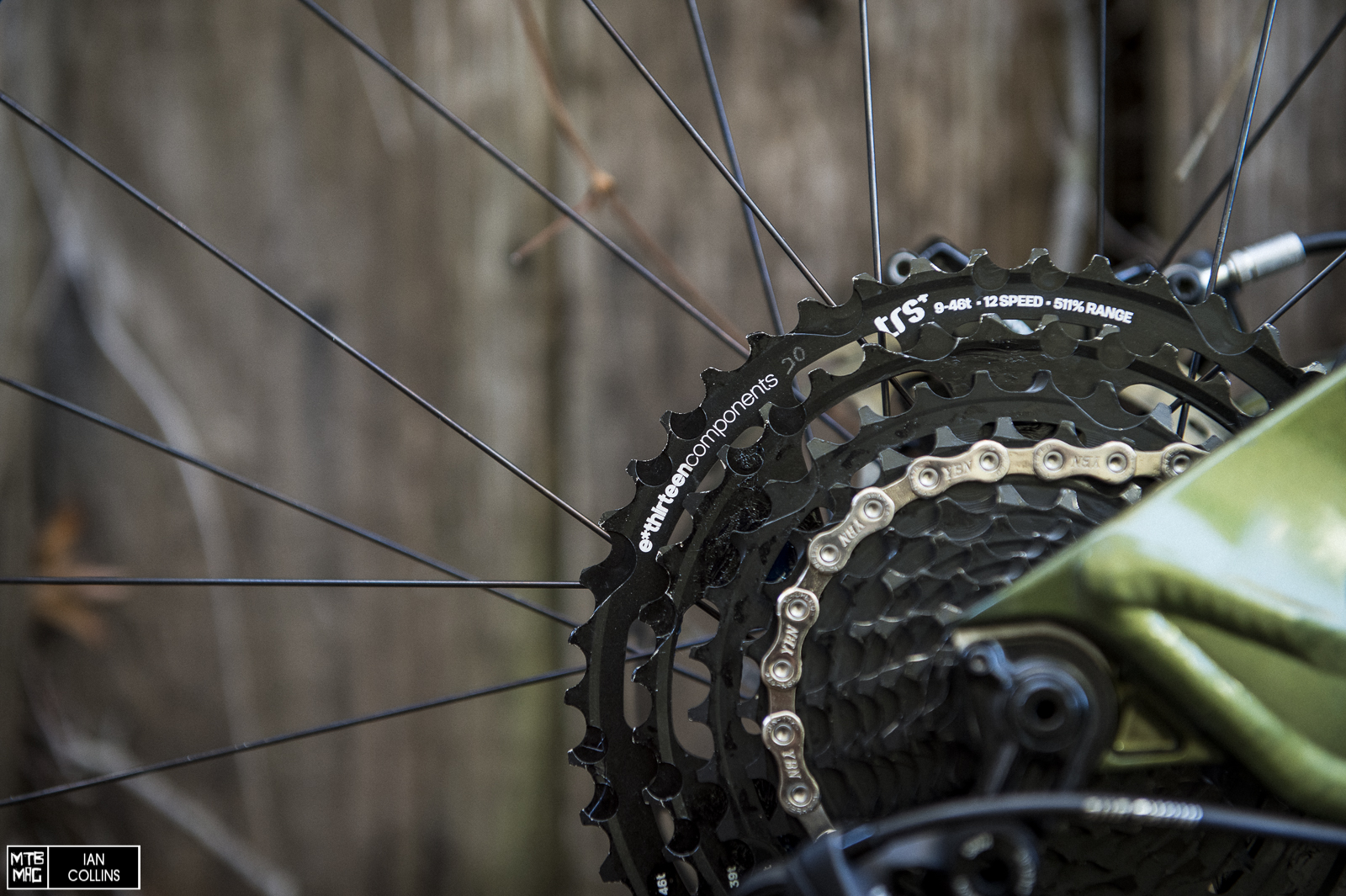 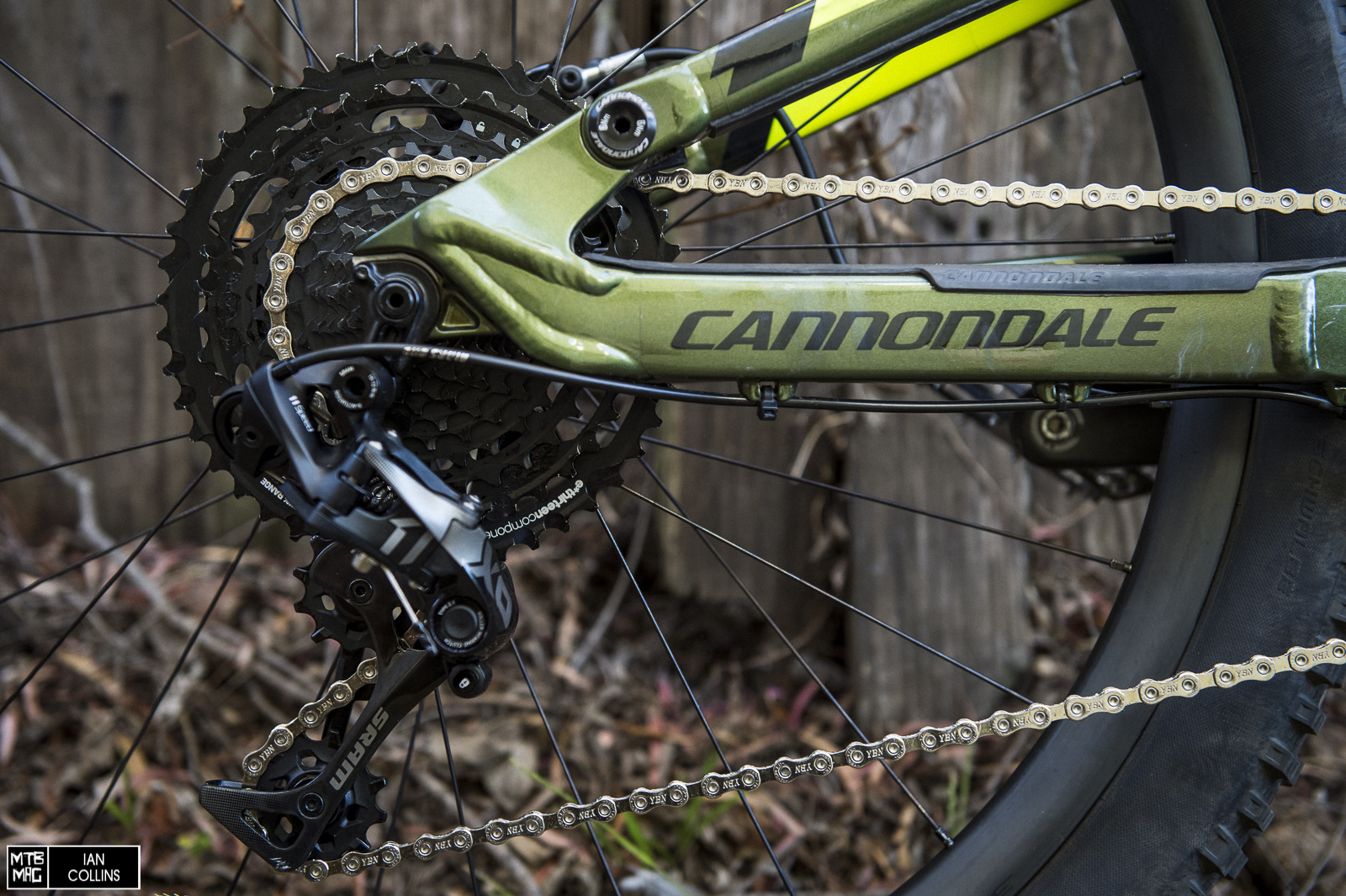 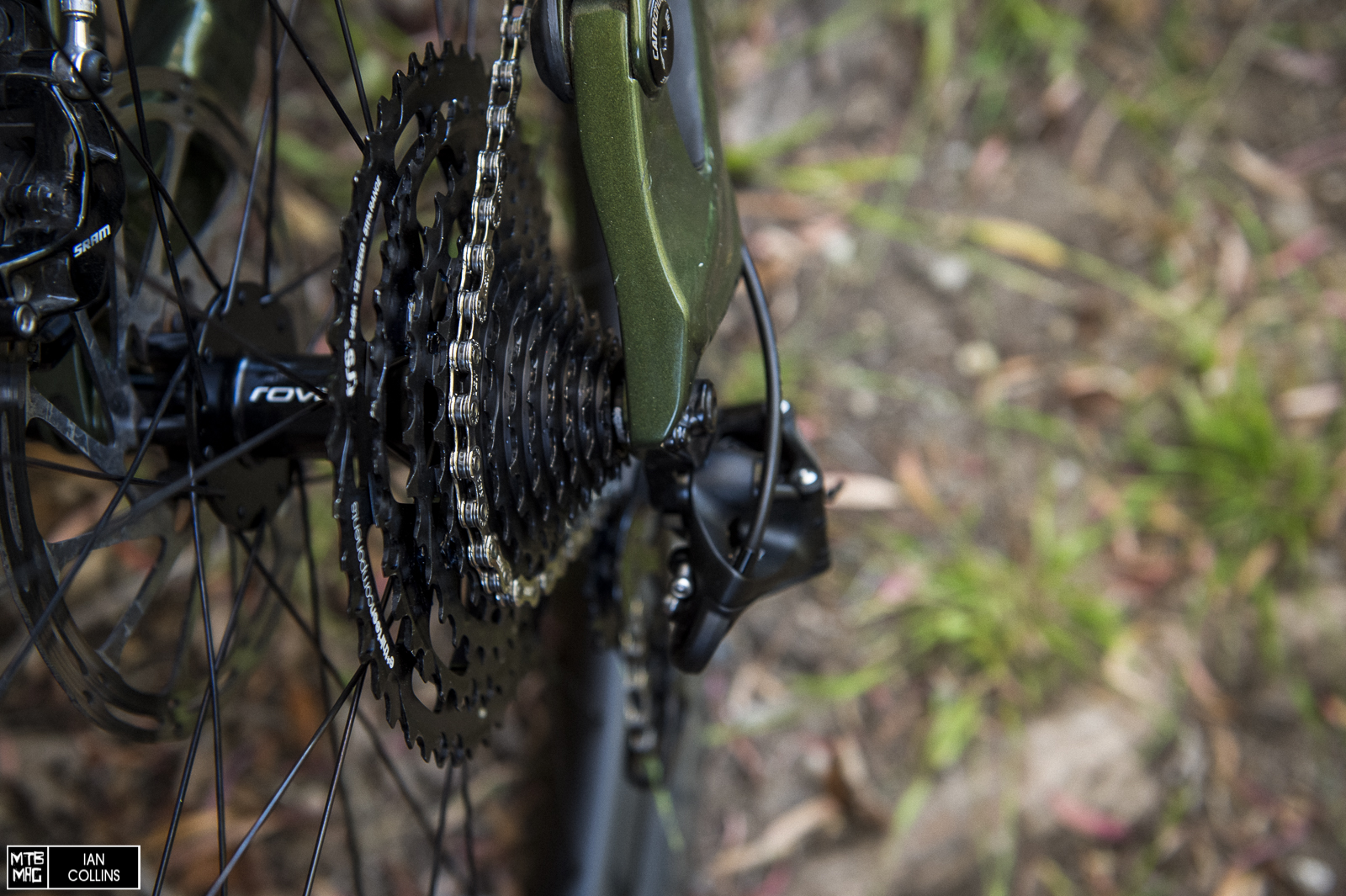 Once you’re past the installation/swap phase, which we focus on more here, you’ll have to go through a bit more fine tuning than you would on an 11 speed drivetrain – this is the same story with Eagle though. On the positive side, since you have an 11 speed derailleur and less chain – you have better clearance and less chain slap. If you’re running 27.5″ wheels, this kit will be of greater benefit on the clearance side than on 29″ wheels. How beneficial this is ultimately depends on your riding style and local terrain. In Santa Cruz, some extra clearance is nice as there are lots of raw trails with sticks and debris. However, those nuisances don’t usually take out your derailleur, but rocks will. There’s also the fact that you can get away with a smaller front chainring and get some additional clearance in the middle of the bike as well. 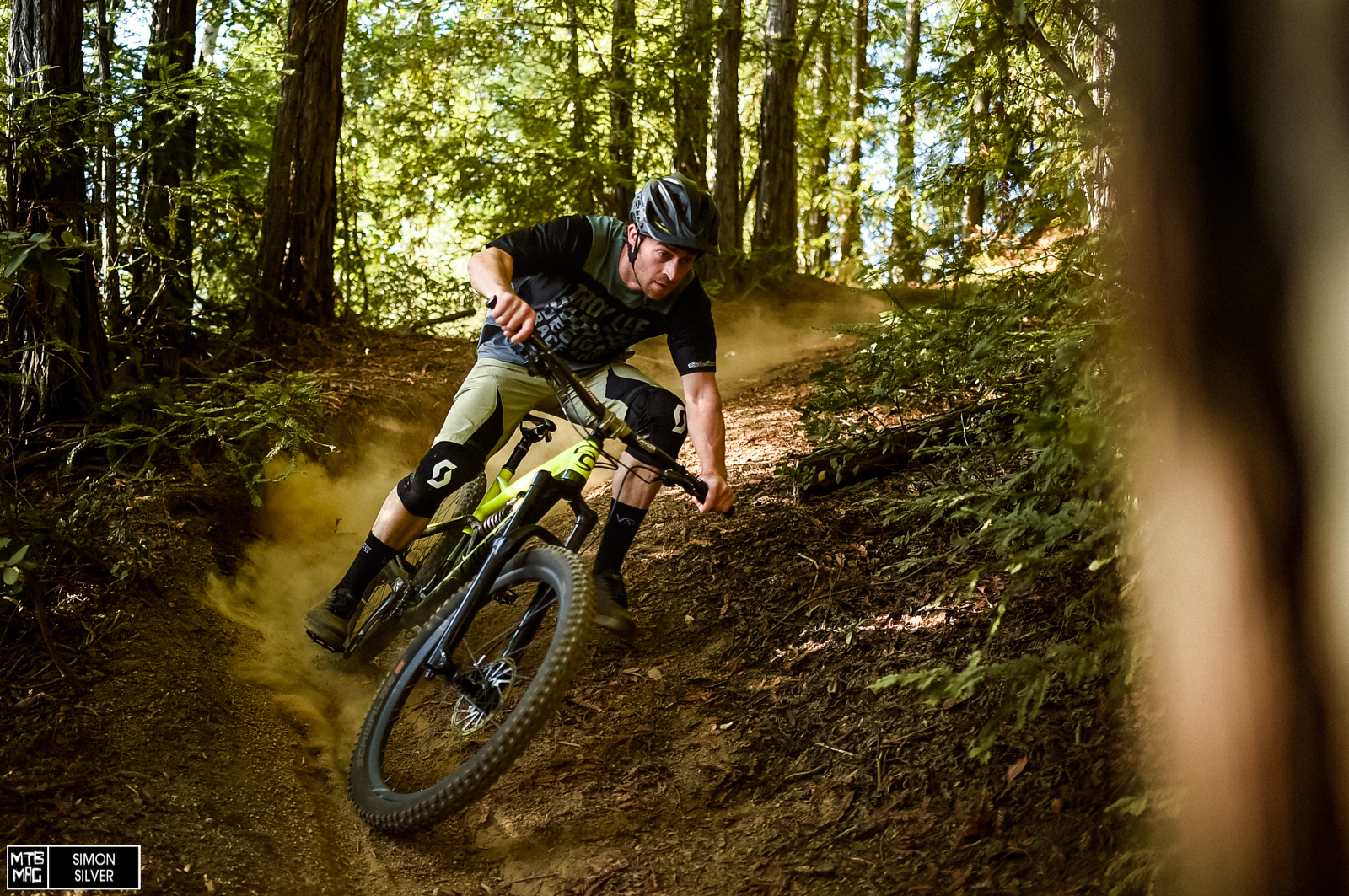 On the climbs, having 511% range is quite nice, although it doesn’t seem drastically different from Eagle. Despite all that range, as we noted in our “first look” article, the shifting isn’t quite as fast and snappy as Eagle. One interesting caveat was that the shifts at the thumb paddle have a different feel to them with the 12 speed E*Thirteen spool is in there. It’s difficult to finger on (no pun intended), but doesn’t really affect functionality. The top two cogs are aluminum and the upper block is independently replaceable through E*Thirteen should it wear out. With such massive range, even on long days, the bulk of climbing is spent in the top couple of gears on the steel portion of the cassette, so wear wasn’t really that much of an issue. The way that the cassette mounts to an XD driver is a massive update to past efforts from E*13 as it clamps onto the body and is secures with a grub screw. 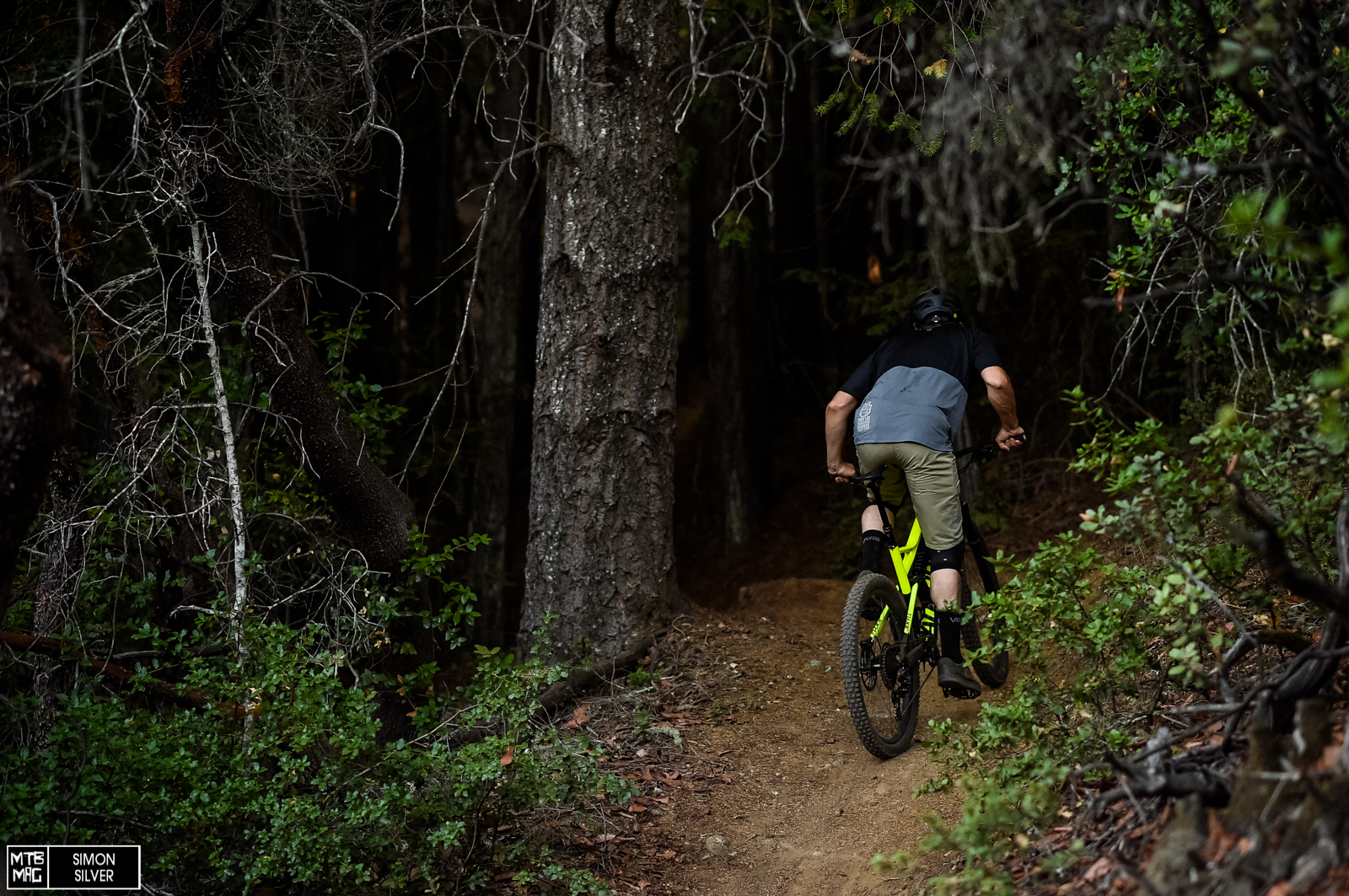 In our time of testing, the chain held up surprisingly well, despite appearing to be quite no-frills and low budget. While we initially has some issues shifting between the 9T and 10T, that got better as things broke in, but was never quite perfect and lagged a bit in those two gears. The clear advantage to this hop up kit as opposed to a simple wide range cassette is that you’ll have more incremental steps between your gears. The 9-46T 11 speed E*Thirteen cassette has the same range (and likely improved shifting), but you might often find yourself in between gears. The longer your day is in the saddle, the more you’ll appreciate having smaller gaps between each gear.

While this kit isn’t quite as fast or crispy as Eagle in terms of shifting, it does come in at a very reasonable price and offers a touch more range along with better clearance and less chainslap. If you’ve got an aging 11 speed SRAM drivetrain and are looking to breathe new life into it with an affordable update, it’s worth a look. You can replace the wear parts (cassette/chain) of your current drivetrain and get more range in the process. Anything that sounds too good to be true usually is, so just know that the shifting won’t be quite as bang on, but it’ll still be pretty darn good. Pound for pound, for the right person, this kit is money well spent.