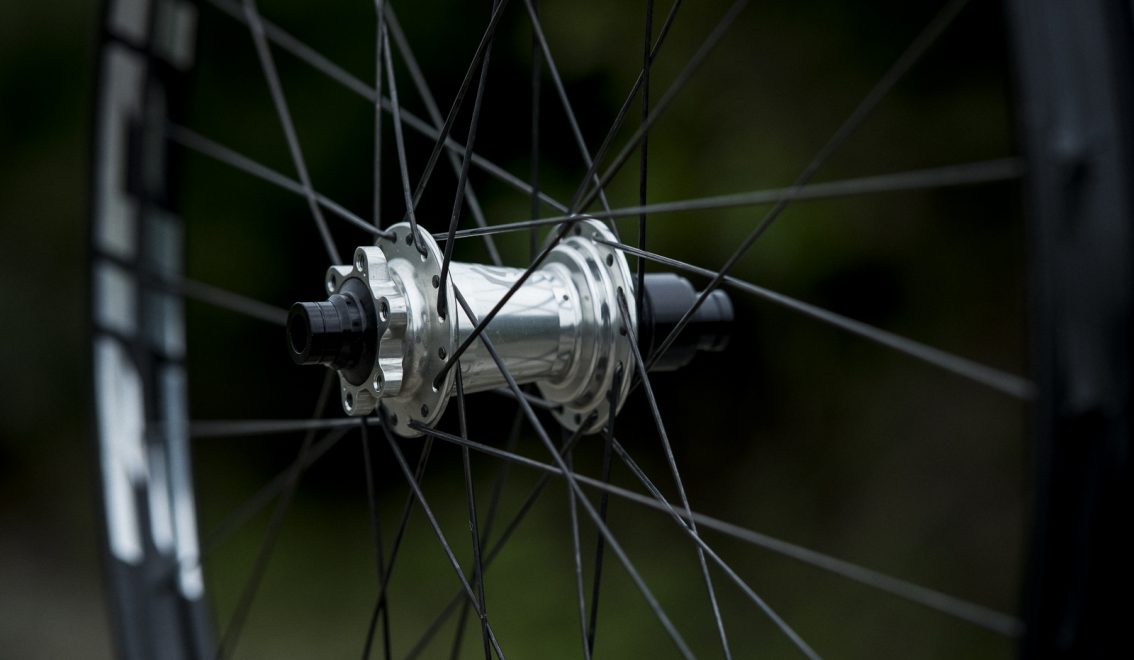 Industry Nine have made some noise, literally, in the industry for the last few years with their hubs. Known for high end machine work and proprietary complete wheels centered around fast engagement hubs, the Asheville, North Carolina brand recently revamped their flagship offering. In 2019 the Hydra hubs, which are being reviewed here, replaced the Torch hubs of old and brought about improved bearing life, decreased resistance and a freakishly fast. 52º engagement through their mind boggling 690 points of engagement. While these are clearly a boutique offering, if you’re curious about the performance of I9’s more accessible 1/1 hubset, you can find some information here. Regardless, follow along for our thoughts on the hubs that make bike bells obsolete … 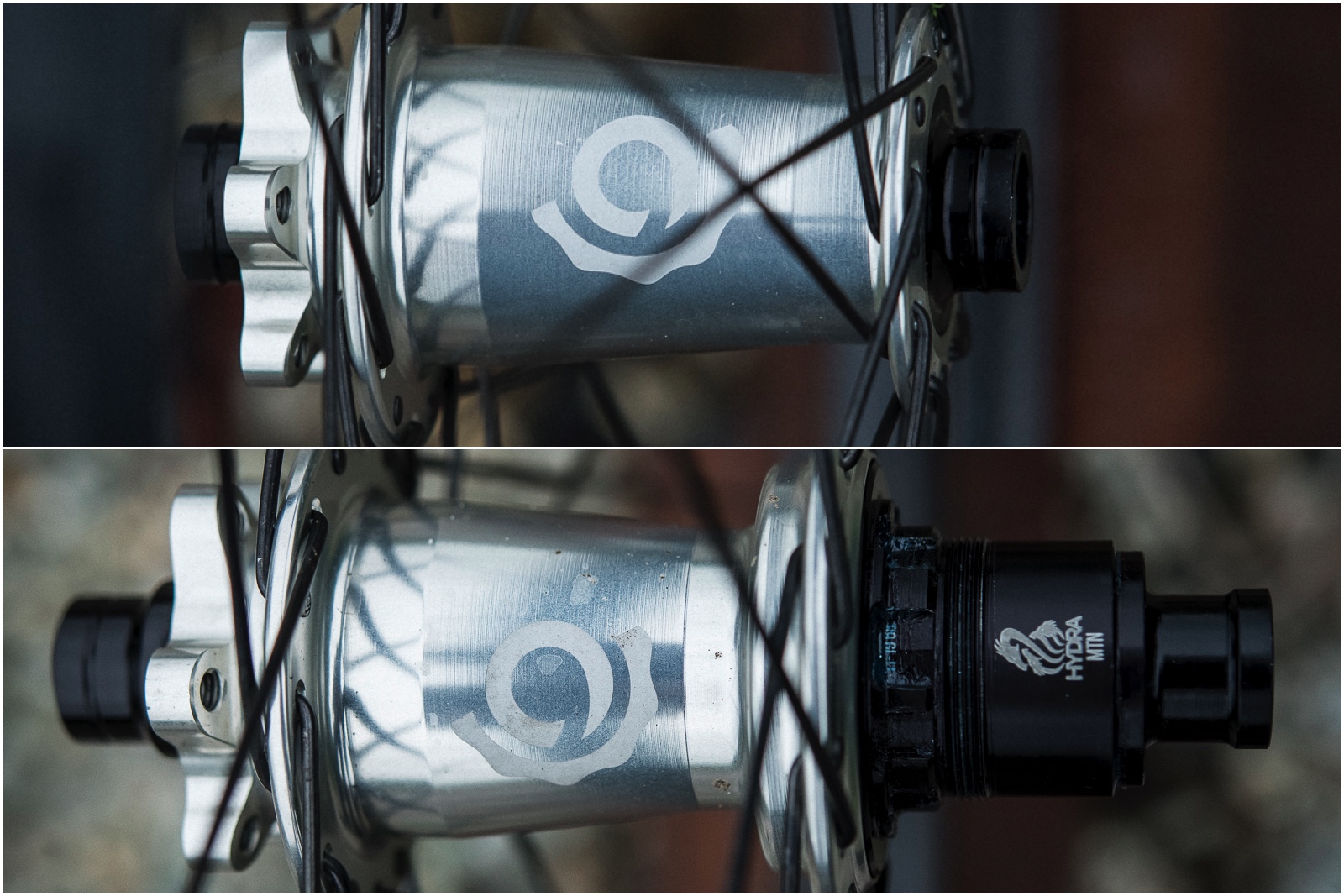 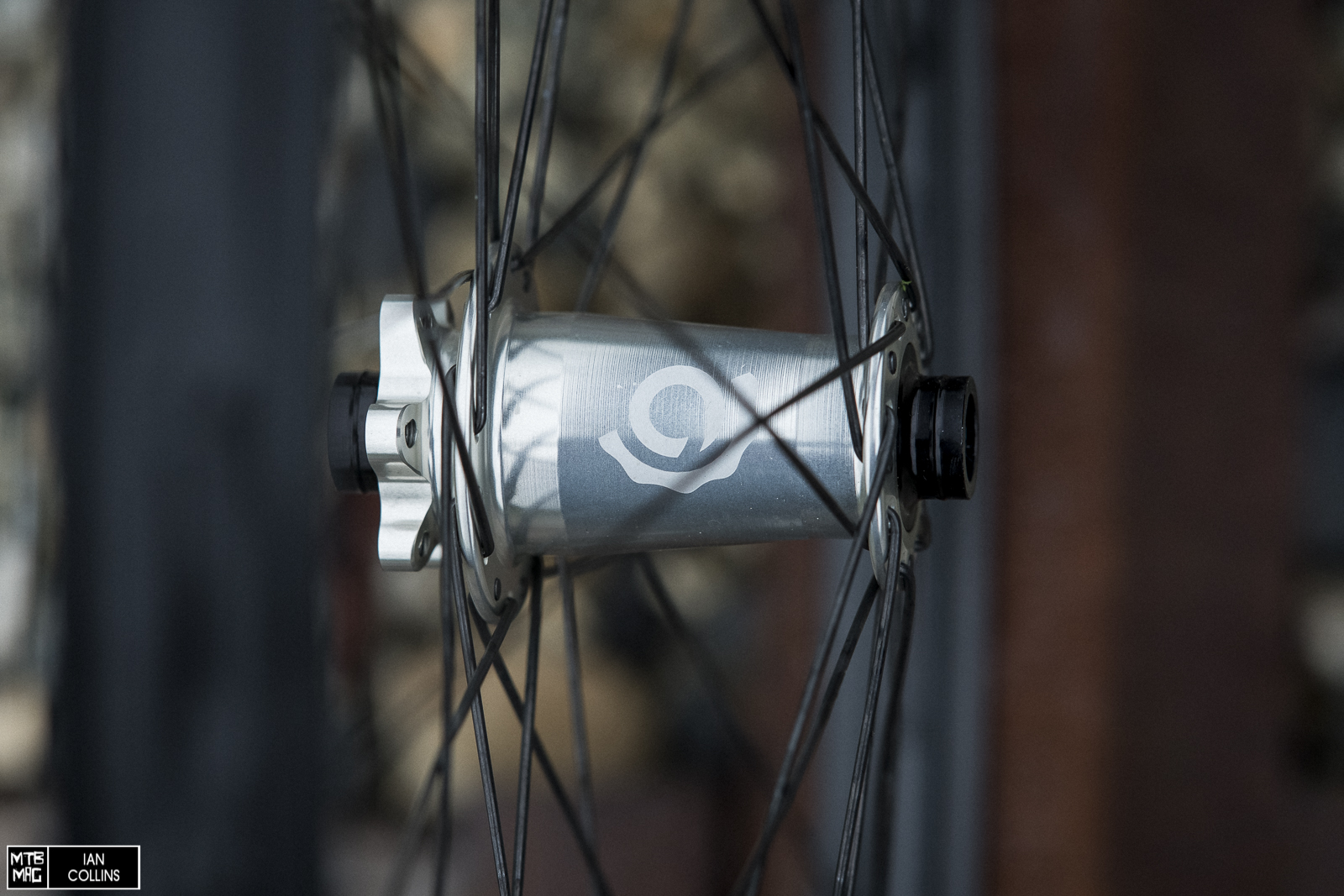 Aside from bearings, pawls and driverings, the main hub parts are machined from 7075-T6 aluminum. The bright glowing hubshell shown above is silver anodized. There are 11 colors available at the moment. 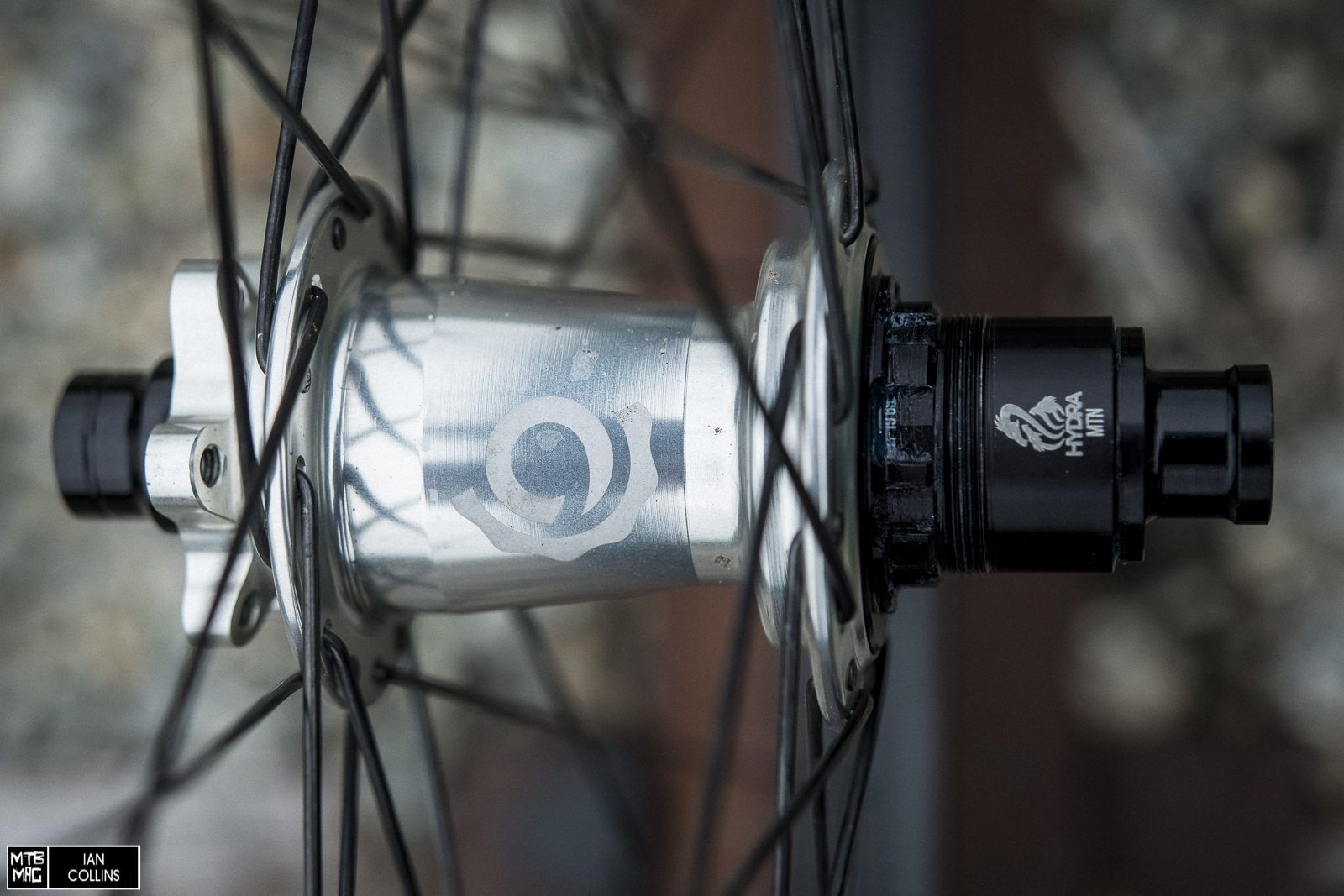 The XD driver shown above is one of 3 available bodies, with HG and MicroSpline also being options. It was nice that the end cap had a lip on it, which made servicing a bit easier. 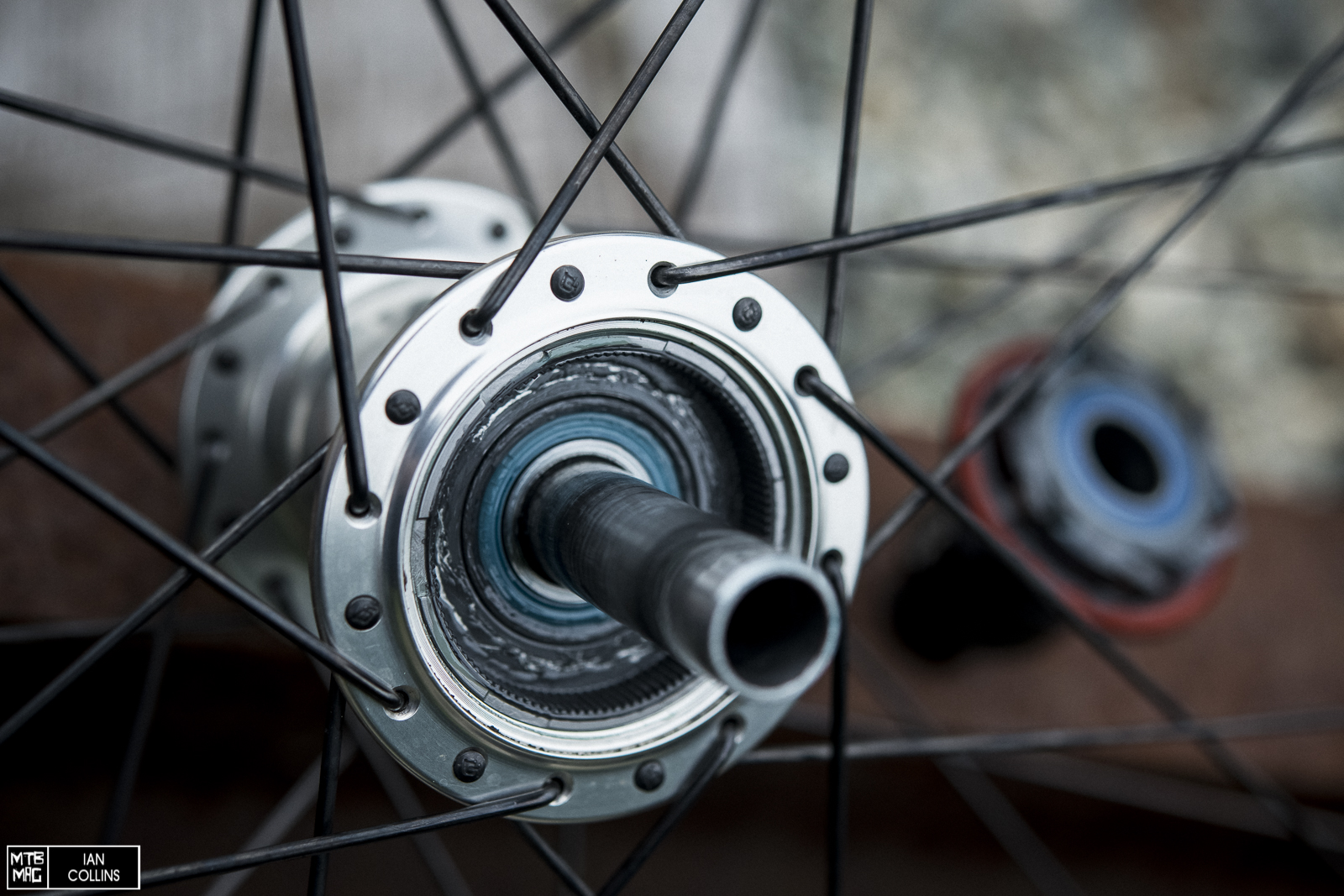 Industry Nine hubs are 100% designed and machined in house in Asheville, NC. Axles, drive rings, hub shells and all. 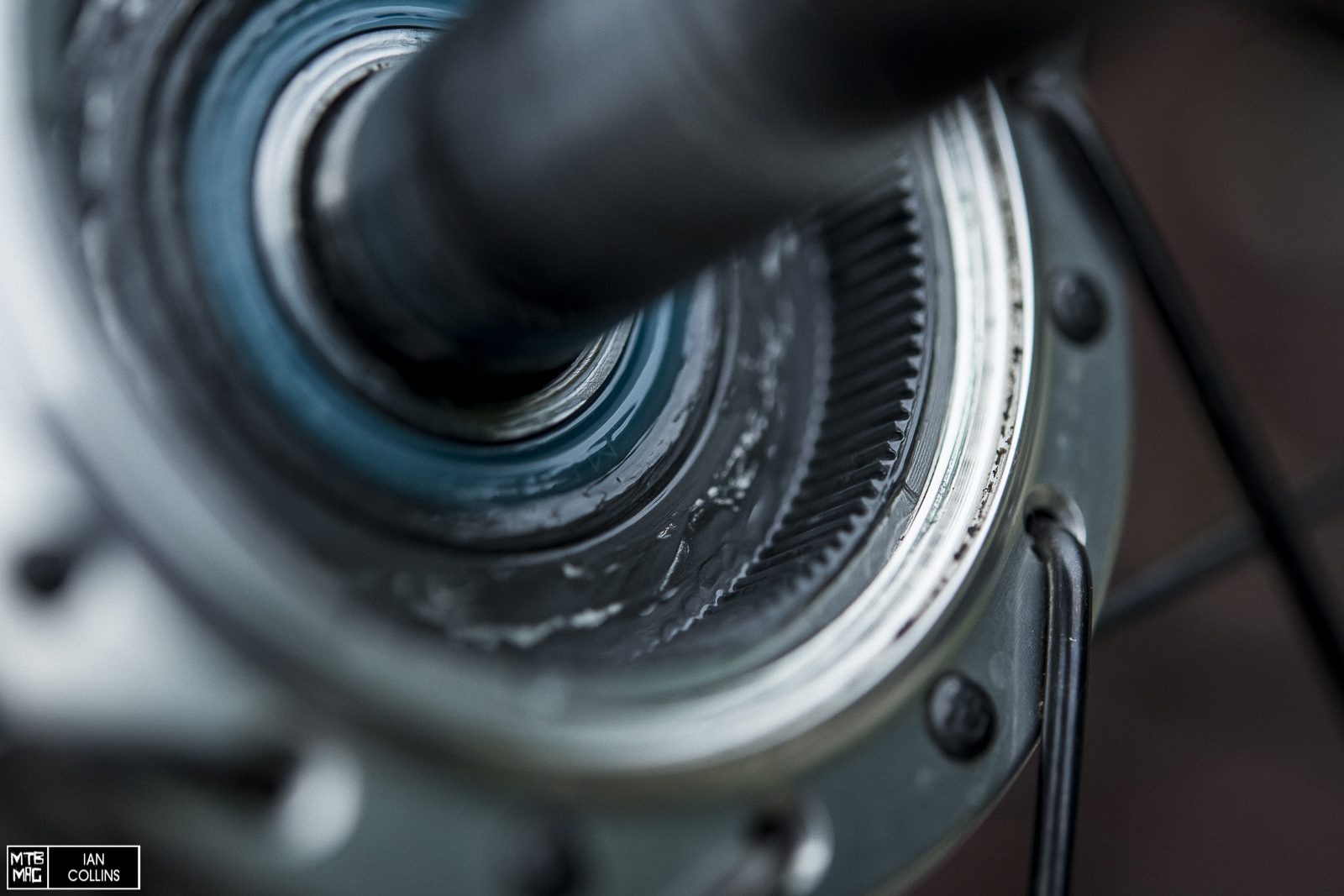 A closer look at the 115 tooth drive ring that is partially responsible for the near instant engagement. 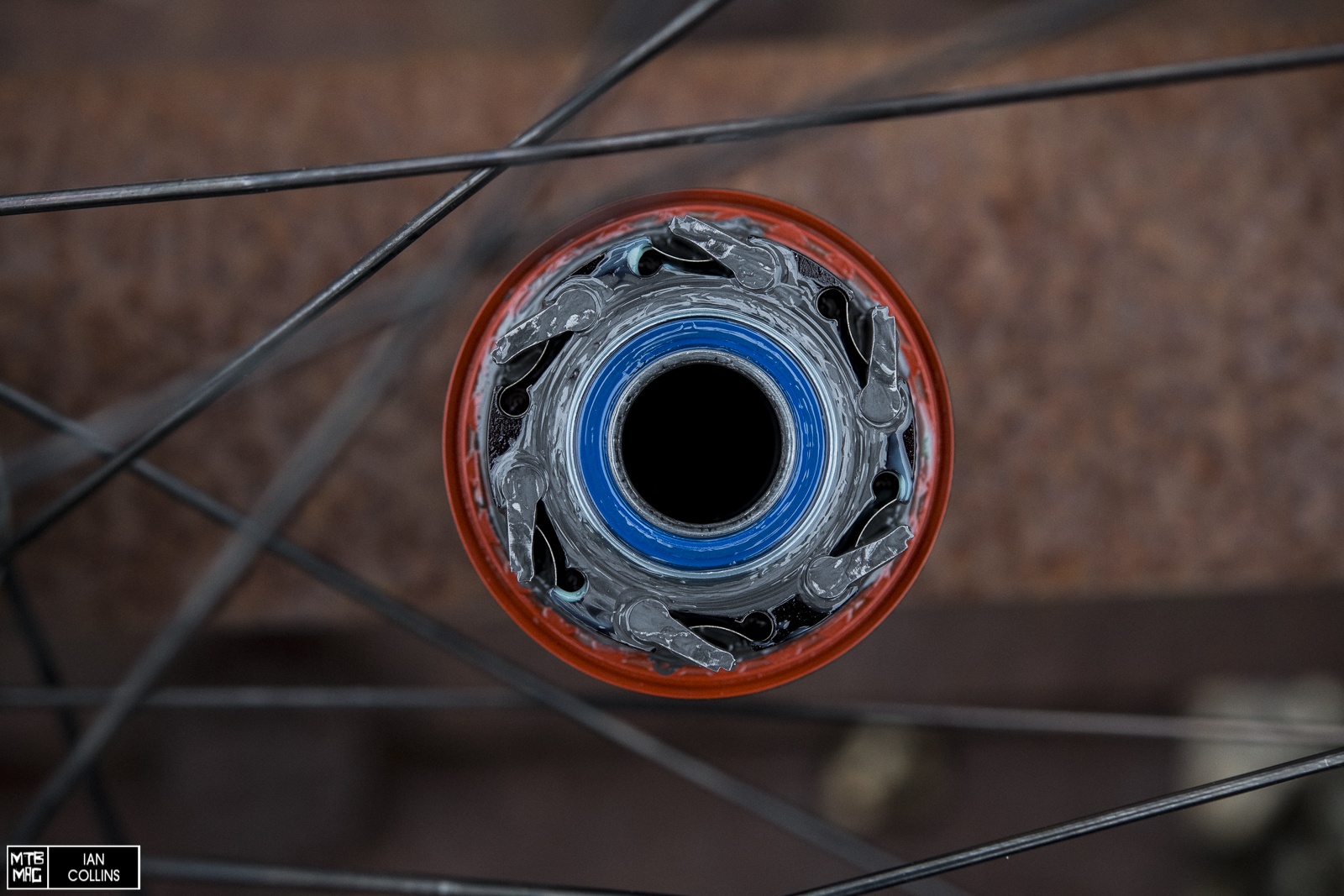 The other part of the formula – 6 pawls working in lockstep with two lips per pawl biting into notches in the drive ring. If it wasn’t obvious, the pawls and drive ring are drawn from steel and also made in house. 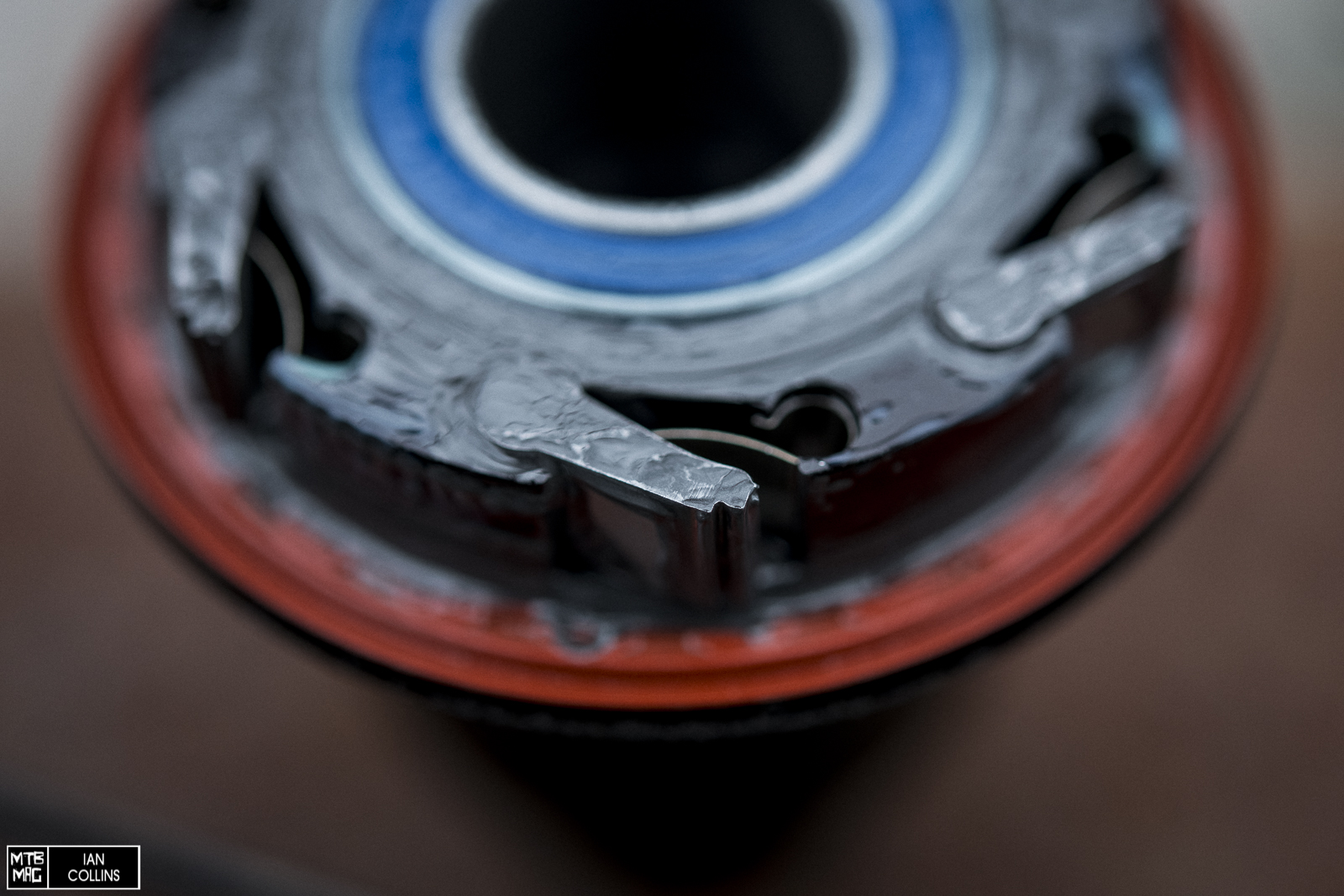 A closer look at a pawl. A stainless steel leaf spring applies pressure and the entire system is completely rebuildable by hand.

To start, I laced these hubs to Zipp’s 3ZeroMoto rims myself, as part of a review that’s coming in the next couple of weeks. As expected, everything lined up admirably and the wheel build went nicely. Out of the gate, the engagement, which we may as well refer to as instant was impressive to say the least. Realistically, you don’t notice a half degree “lag” at the pedals at any point in time on the trail. Rather, you get instant power to the pedals out of corners and during those frantic quick cranks on technical climbs. Loosely speaking, I’m generally happy with anything around DT Swiss’s 54 tooth star ratchet system or faster, but definitely do loathe hubs with very slow, lagging engagement. Prior to this, I’ve never extensively ridden a hub that bites this quickly, nor have I been on a personal quest for one per se. The point being, I have a loose minimum requirement but I’m not obsessed with having the fastest engagement out there. 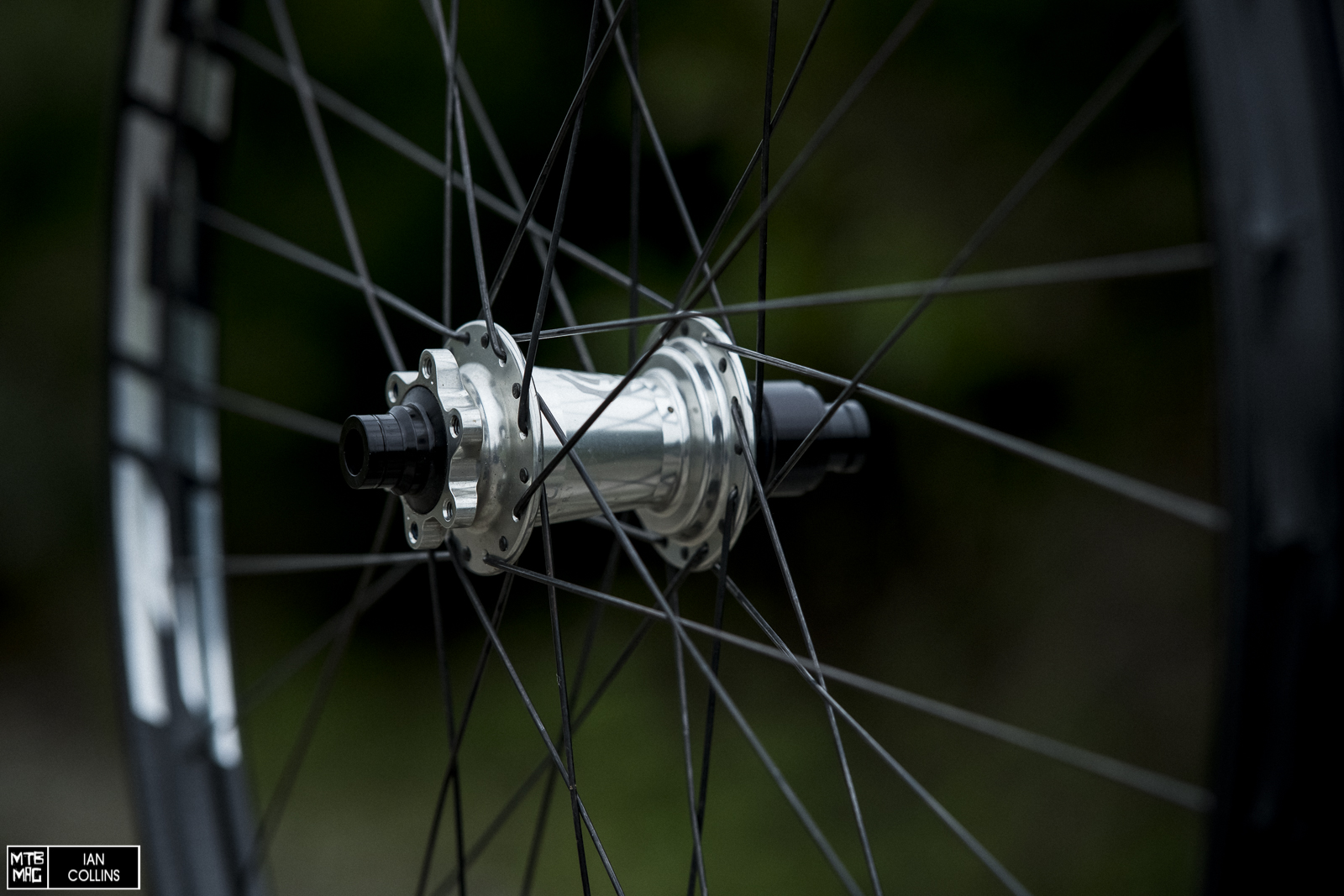 To be quite honest, I actually anticipated that the Hydras would exhibit a little bit of inherent lag, figuring with that many pawls dragging over that many teeth, there would have to be some sort of added resistance. Wrong. They just spin and spin and spin with miraculous smoothness. Most of the testing time aboard these hubs took place in the dead of winter in Santa Cruz where the Hydras saw frequent hosings and managed to shake it off nicely. I cleaned and rebuilt them just once and while the grease was fairly dirty in color, no water or grit made its way inside the hubs and everything was still running ultra smooth. As far as noise is concerned, yes they are loud, and perhaps it’s me, but I barely noticed on trail as the noise was behind me trailing off. I’m sure hikers down trail can hear them, which is a win in my mind, and I’m also certain anyone riding behind me hears the buzzing as well. Interestingly, after stumbling on a container of about 2005 freehub lube from Hadley, I did notice that the noise coming from the freehub was a bit more subdued after a fresh repack. So, if you are one of the people complaining about the noise in Brandon Semenuk’s last RAW100 – or even worse, one of the nutters claiming the noise was fake – know that a tool free rebuild is mindlessly easy, and you could frequently just slap some fresh grease in to keep them running on the quieter side.

Well – at roughly $650 a set, these hubs are a premium product for sure. With that in mind, they’re brilliantly thought out, freakishly smooth, durable and blazing fast. It’s also worth mentioning that Industry Nine supports their products in earnest with all of the small parts and bearings you’ll ever need. While the bearing in our hubs on test are still running as good as new, it’s nice that no special tools are required for bearing swaps, and nothing but your hands are required for a freehub overhaul. Add in the fact that you have endless color and spacing options the Hydras are tough to beat… 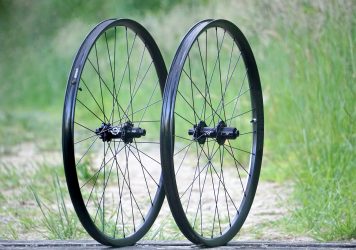 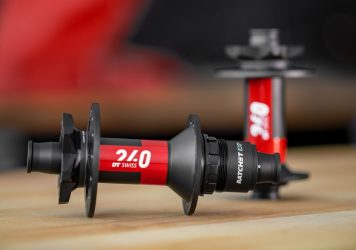 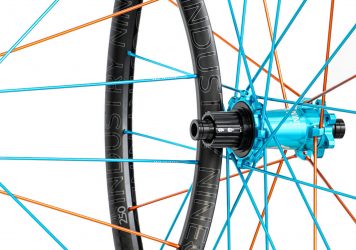