We saw it in the hands of team Devinci pro riders, Greg Callaghan and Keegan Wright, during the 2021 Enduro World Series season and now it officially goes into production. It is the new Devinci Spartan Carbon HP, where the acronym HP indicates the high pivot suspension system that is depopulating among the new enduro bikes, recently adopted by many companies including Devinci who initially, and wisely, chose to put it at the test on the competition fields to refine its development before placing it on sale. The frame of the new Spartan is entirely made of carbon fiber and the design abandons that of the previous model to embrace the sinuous lines, especially as regards the front triangle, of the new range of Devinci such as the Troy and the Django . 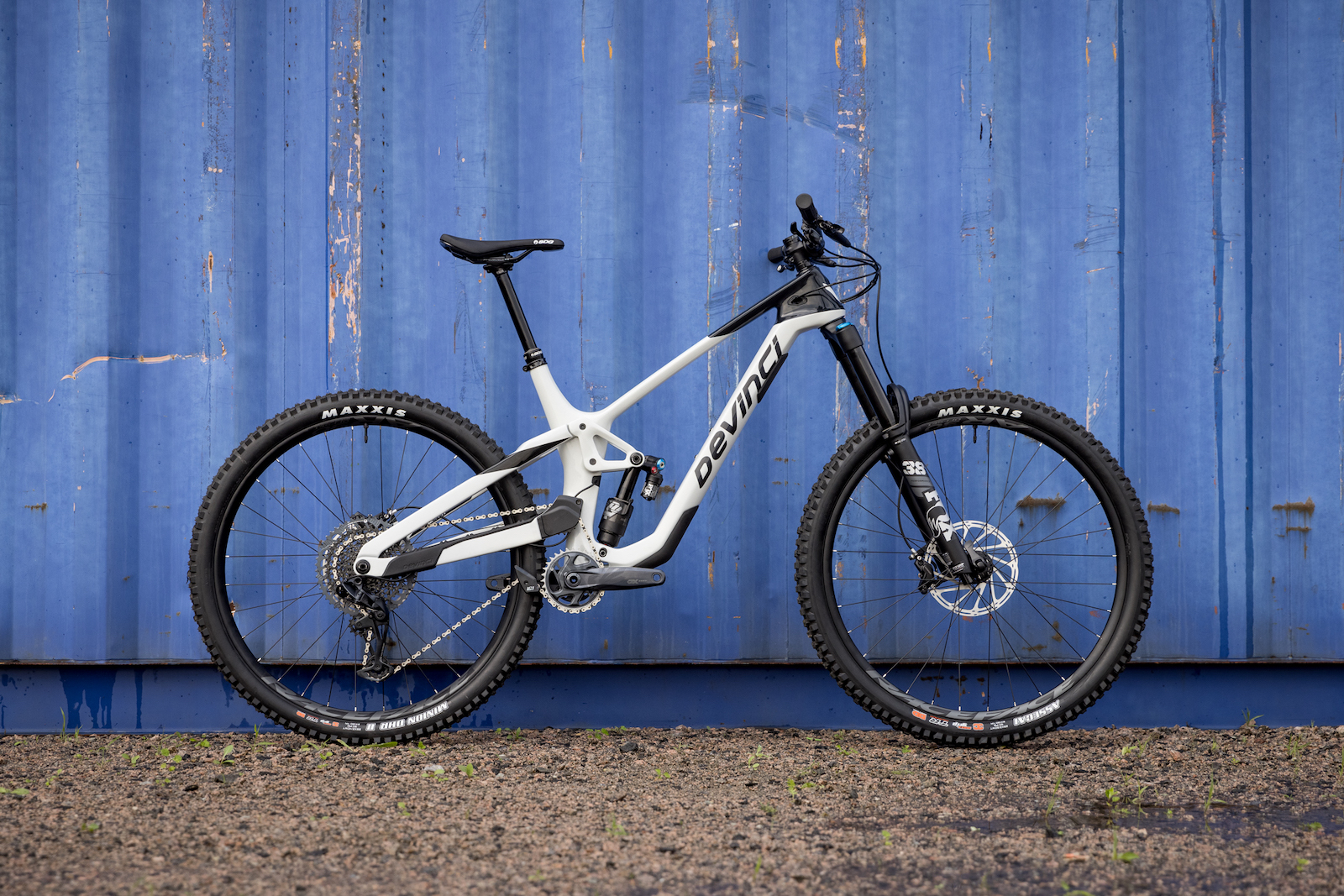 The suspension system remains the Split Pivot that characterizes the entire Devinci range, with the rear joint coaxial with the wheel pin, a system capable of obtaining excellent results in terms of anti-rise, i.e. to release the braking effect in an appreciable way. the operation of the rear suspension. 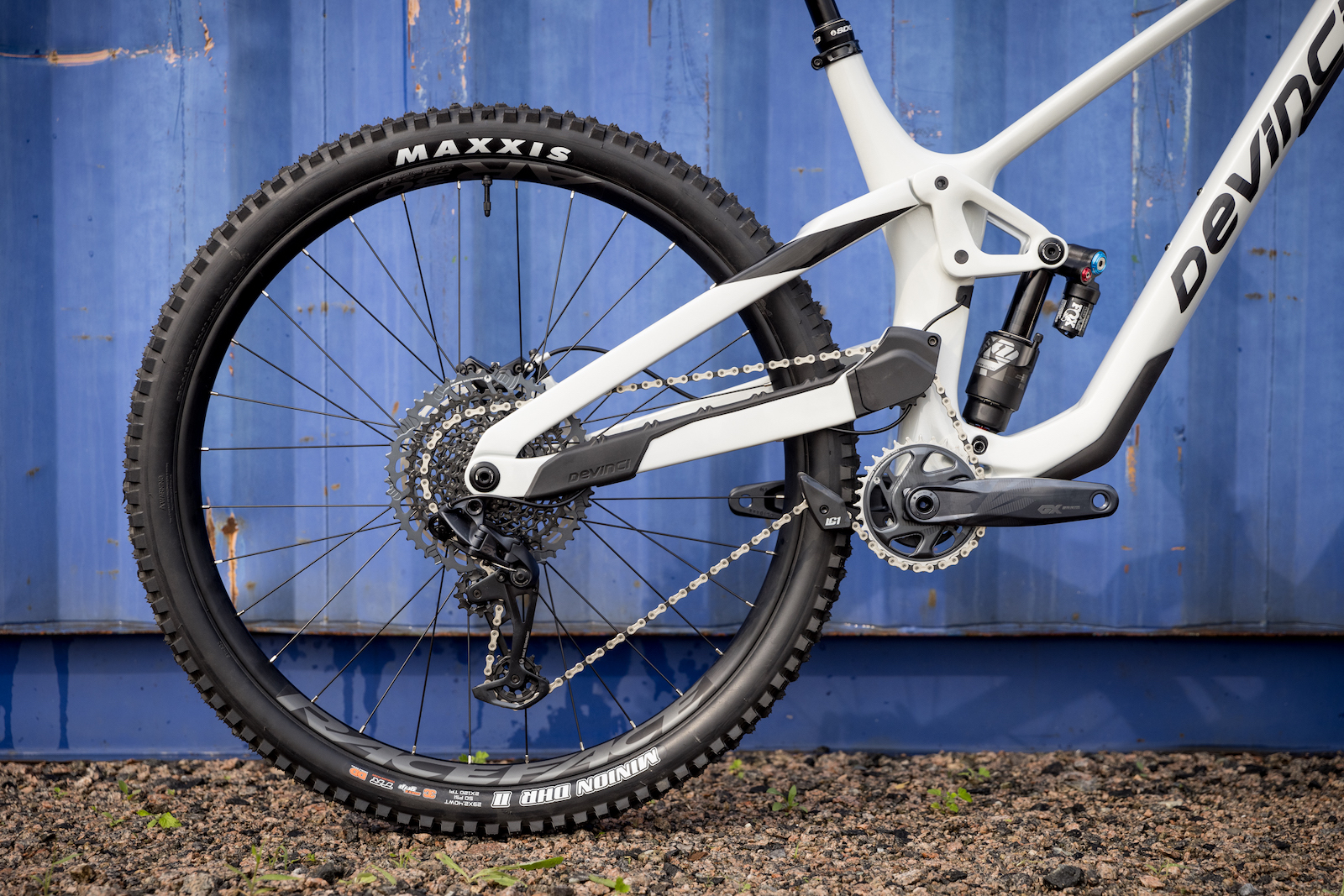 The most evident novelty compared to the previous model and the other models in the range, as anticipated and as clearly visible, consists in the adoption of the high pivot of the suspension, which allows a wheel path more towards the rear during the sinking of the suspension. for an advantage in terms of absorption, stability and maintenance of speed in dealing with obstacles.

A suspension system of this type requires a chain return to ensure that the anti-squat and pedal kickback rates are optimized with respect to the wheel path. Put simply, it ensures that the operation of the transmission does not affect that of the suspension and vice versa. To do this it was necessary to equip the carriage, near the pivot, with an “idler”, the now well-known pulley that modifies the passage of the chain. 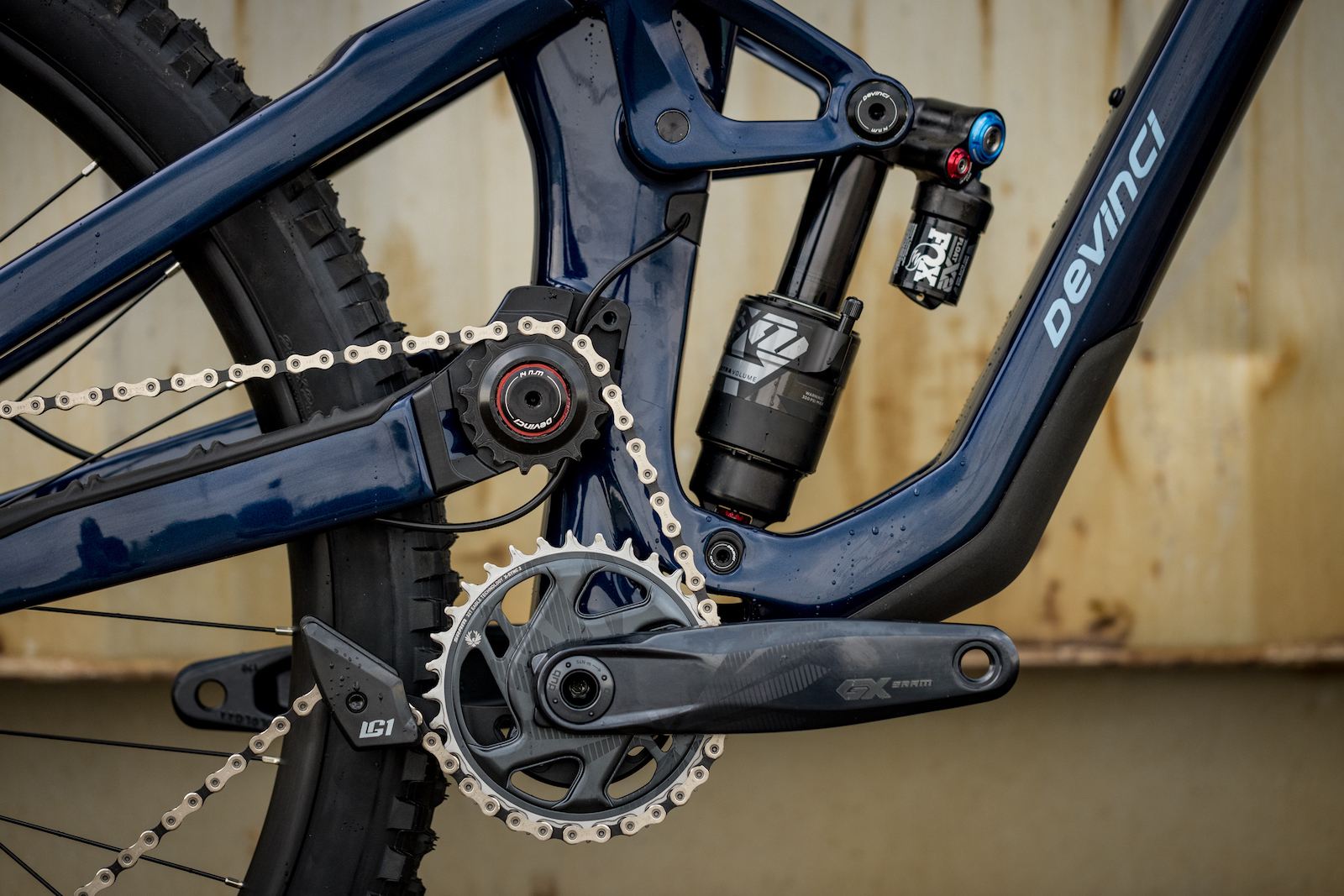 Devinci’s engineers did not just place a pulley in the necessary place but carried out a very long series of tests to maximize performance, silence and durability, choosing materials, sizes, shapes and types of bearings. The following photo is just one of dozens of photos they sent us to testify to the enormous work done in this regard, with dozens of pulley models put to the test both on the bench and on the trails. 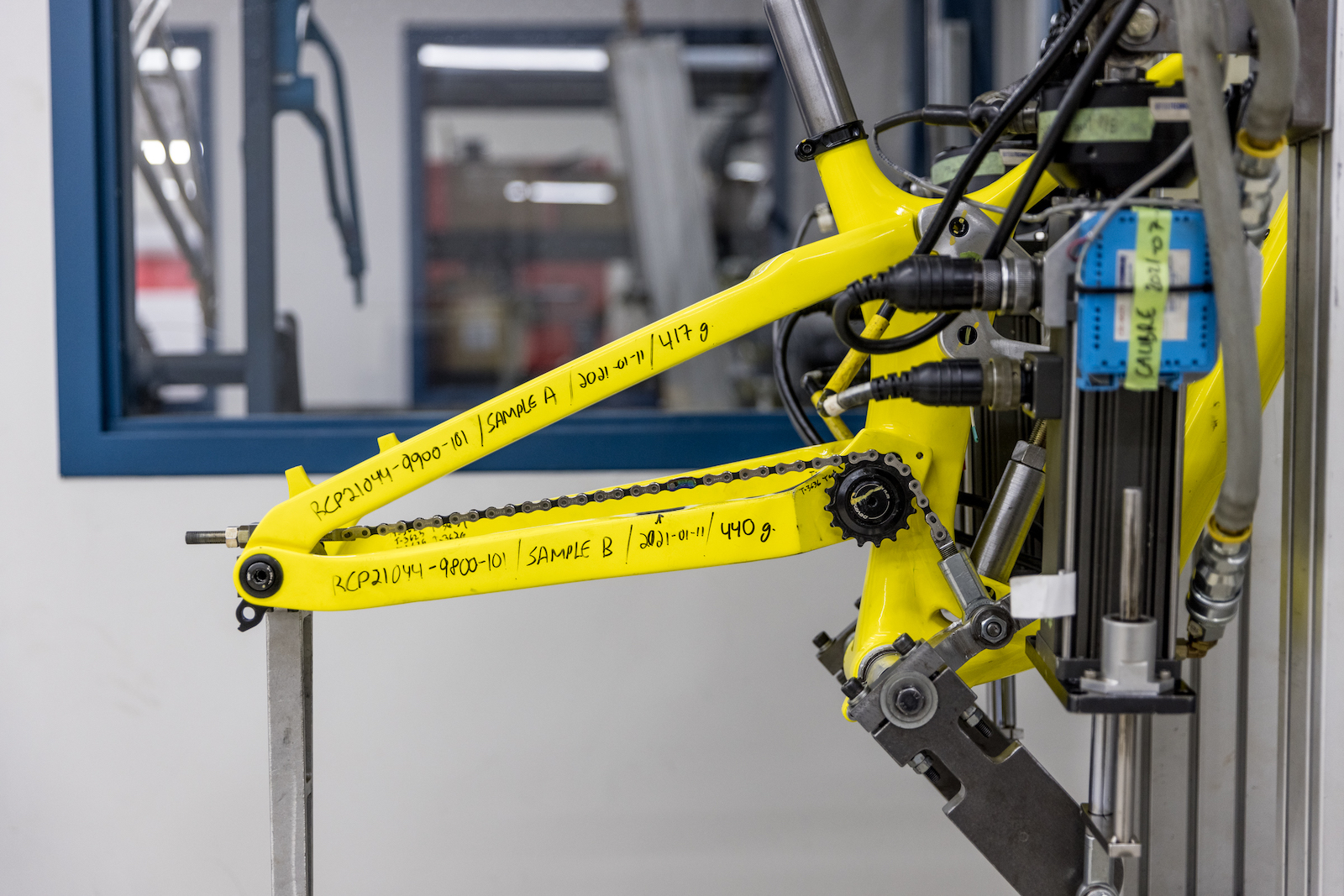 The final pulley has 16 wide-narrow profile teeth and rotates on low friction bearings. To protect the pulley from dirt and to preserve it from wear, to soundproof it and to prevent the chain from falling, to also protect the rider from the possible risk of the pants getting caught between the pulley and the chain as well as for an aesthetic factor, Devinci has equipped with a cover made of thermo-plastic material, integrated with the frame. 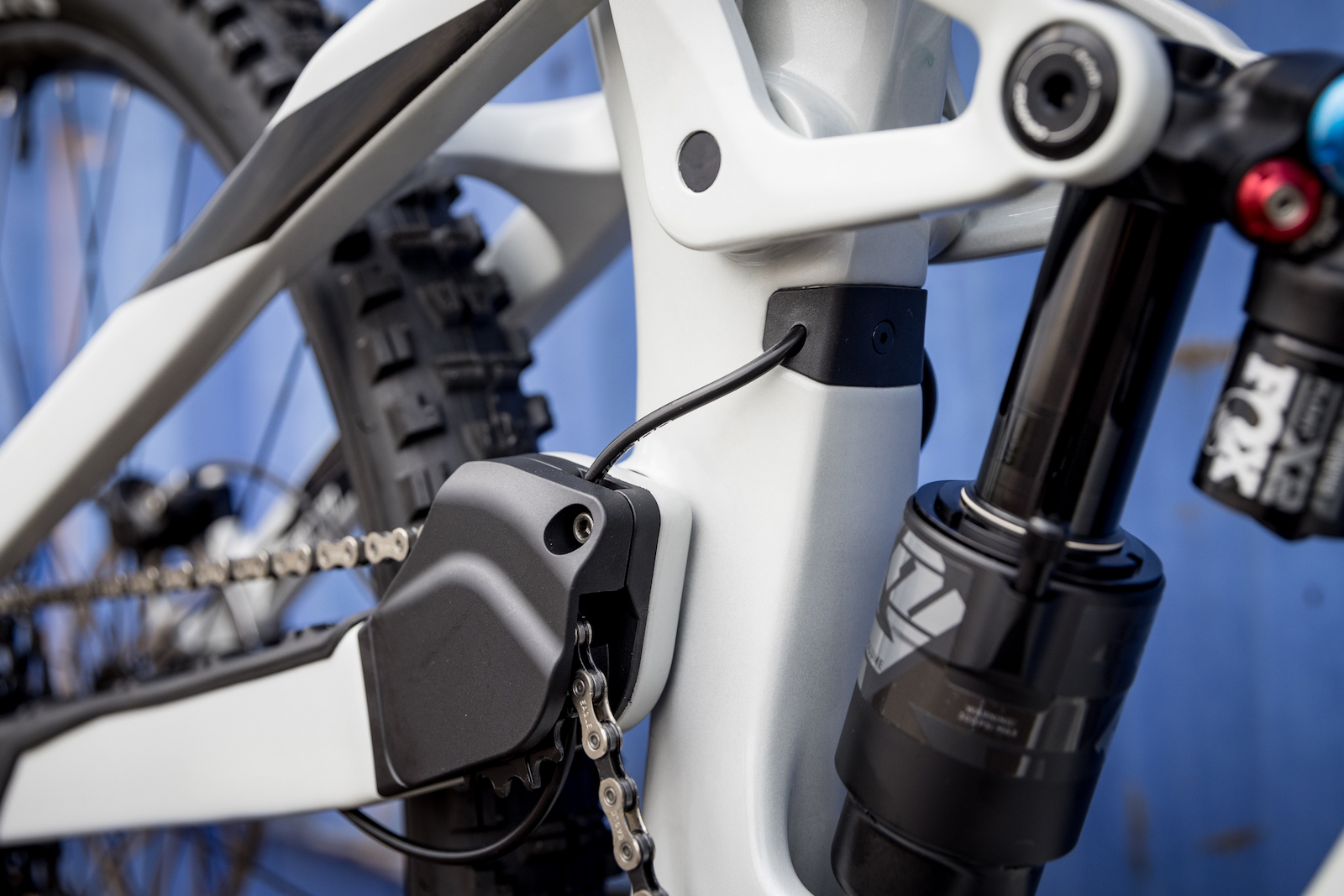 The progressive compression curve is optimized to be able to mount both air and spring shock absorbers. Devinci opted for trunnion mount shock absorbers to save space in favor of an appropriate seat for the bottle cage. 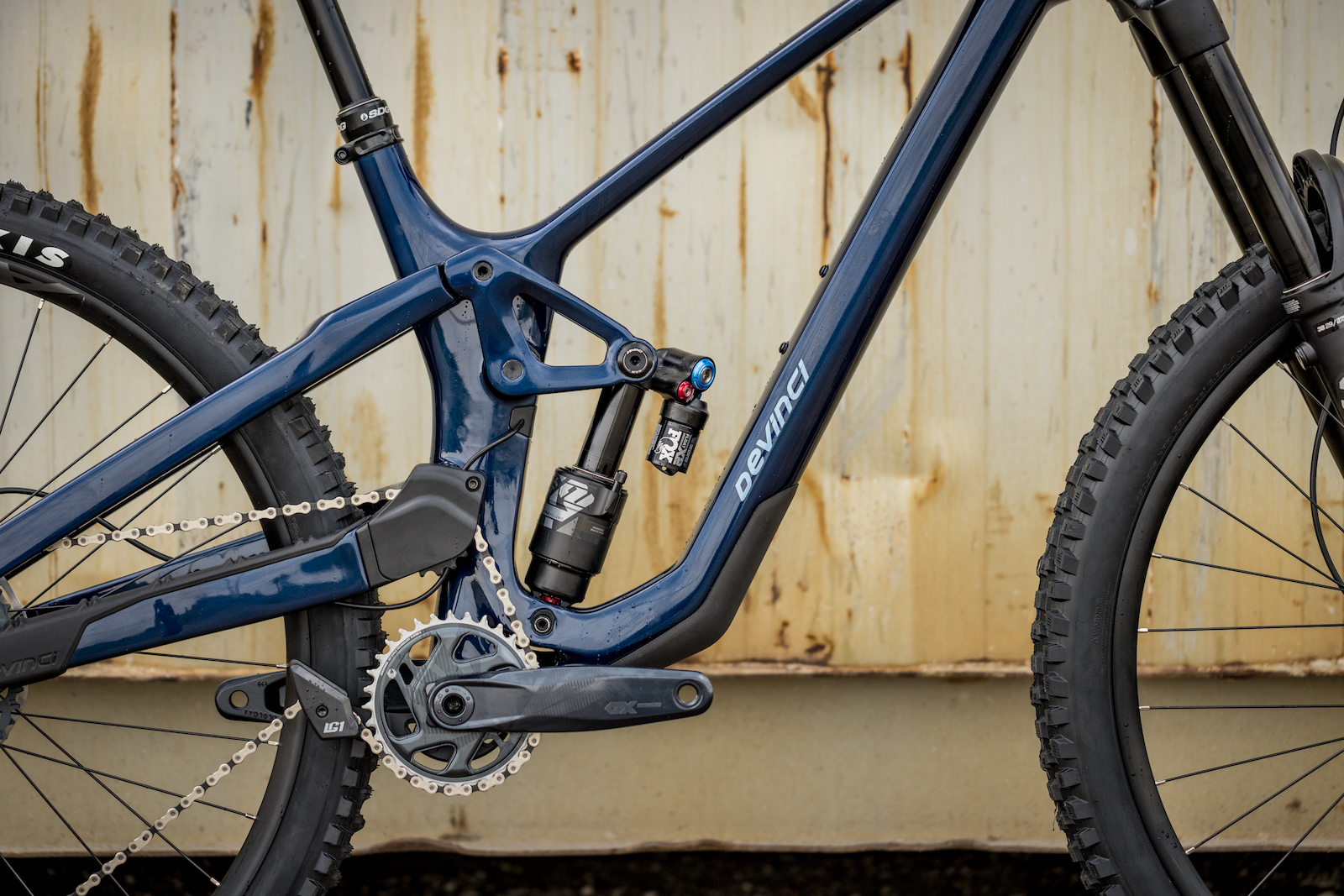 As per Devinci tradition, the geometries are adjustable in two positions via a flip chip, positioned on the seat of the lower shock absorber pin. Modern but not extreme geometries for the new Spartan, which diversifies the share of chainstay on each size, except for small and medium which are the same. 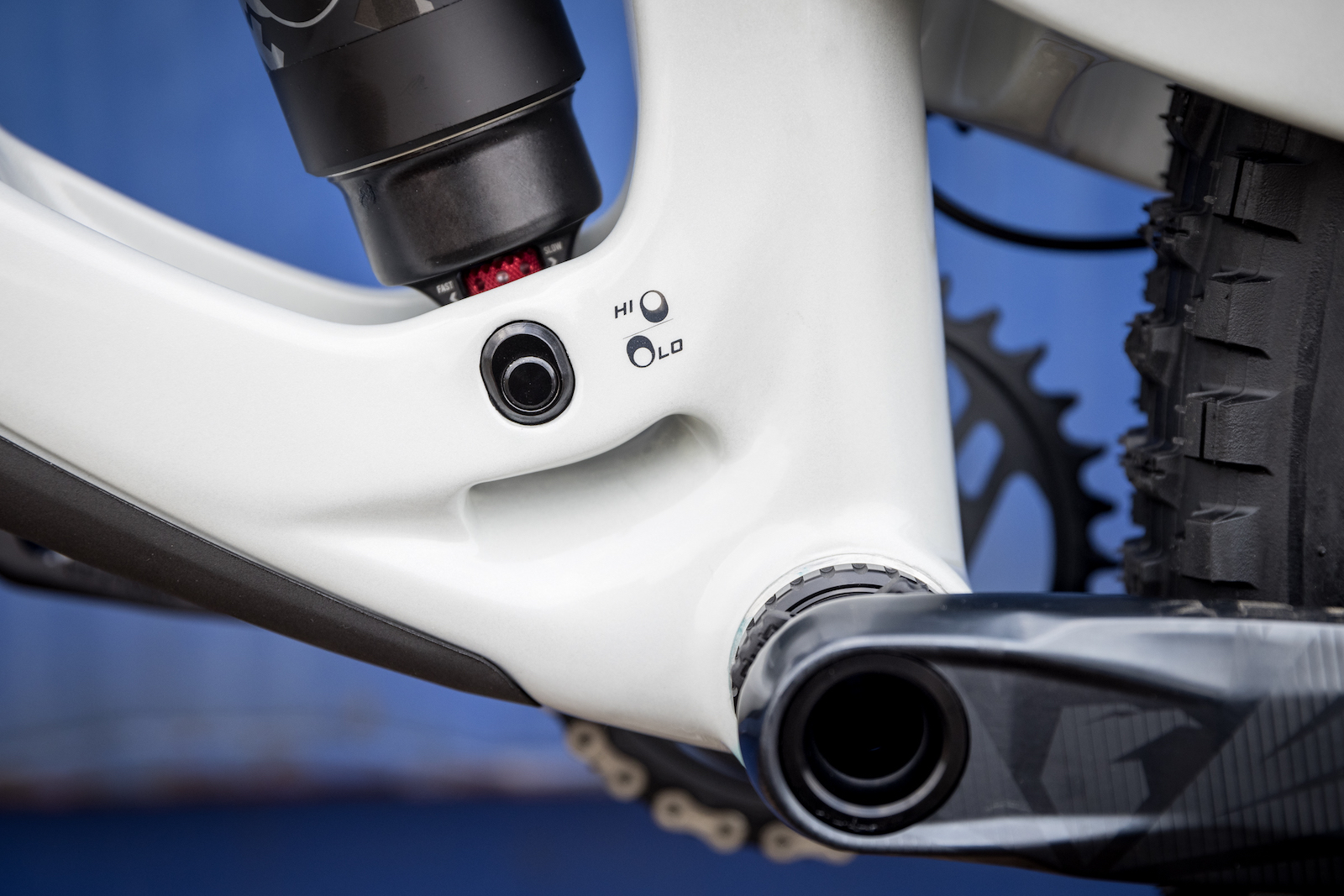 The internal diameter of the seat tube is 34.9mm to increase stiffness and improve the longevity of the dropper post. The rebate of the hub is Super Boost 157 and allows you to mount tires up to 2.5 “wide while keeping the chainstay very short. The cable routing is only partially inside the frame, in the front triangle, where the cables are guided for easy maintenance. High density polyurethane protections on the chain side chainstay and on the down tube, both near the bottom bracket shell and at the top, to protect the pickup side. 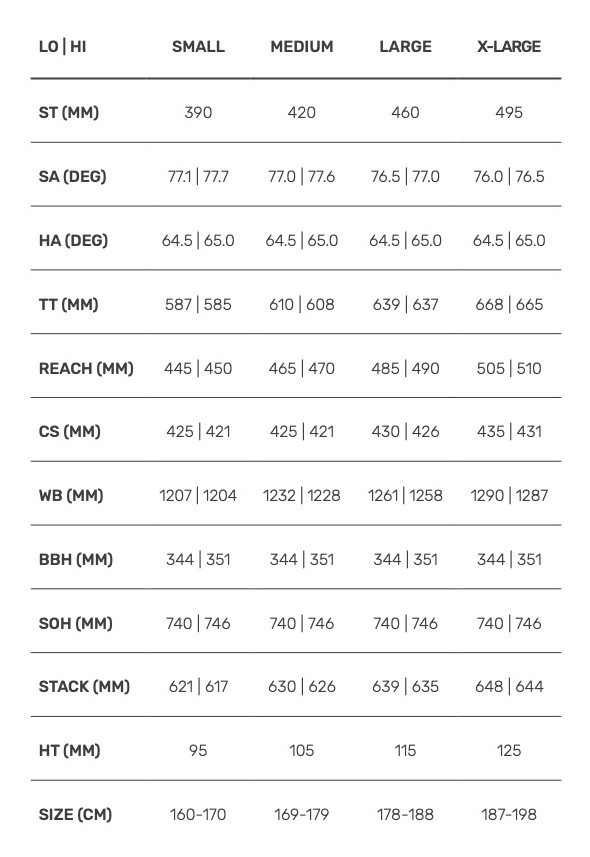 Three set-ups made available by Devinci, each of which available in two colors with a glossy finish, the Skyscraper Silver and the Secret Blue. 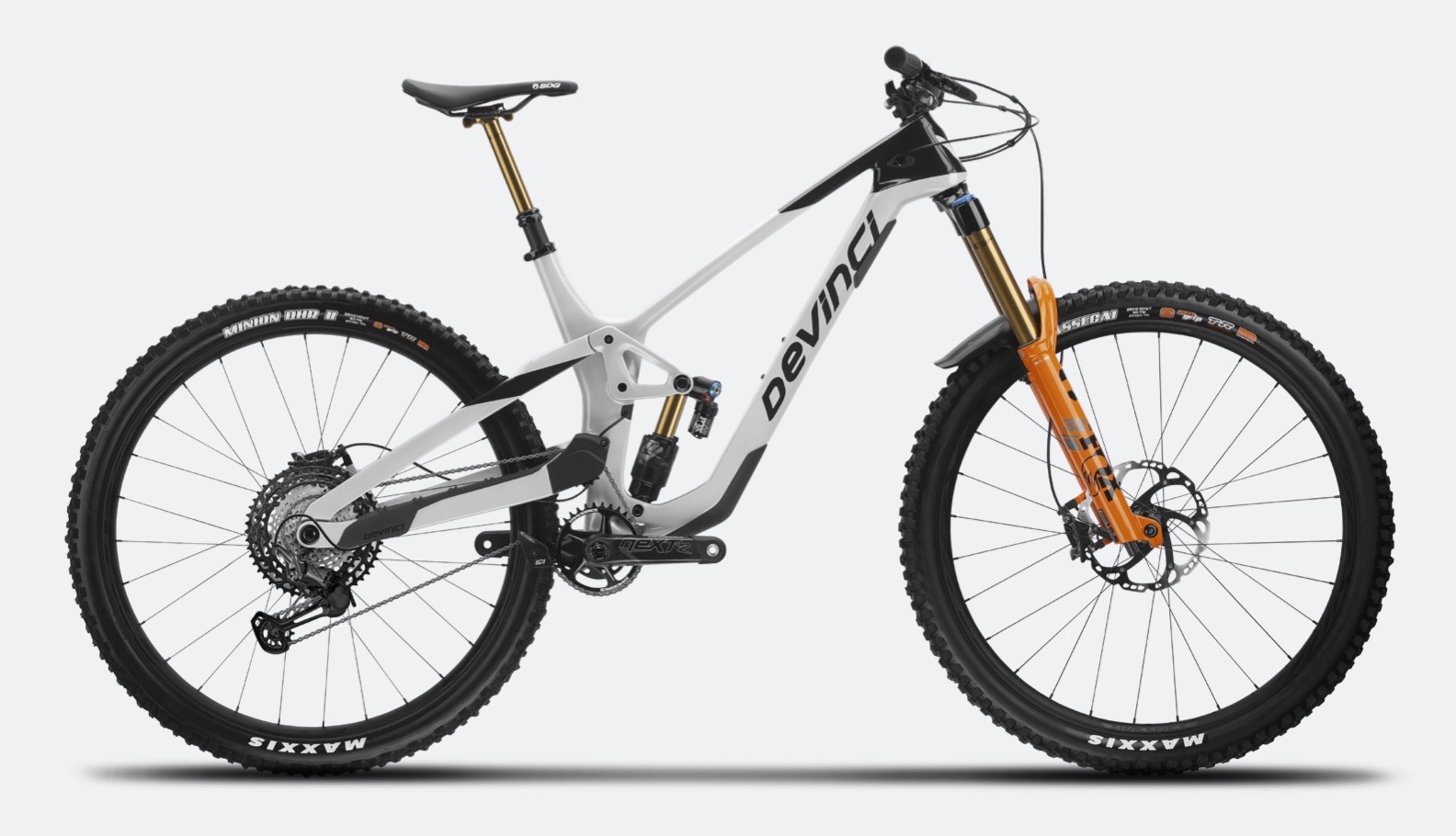 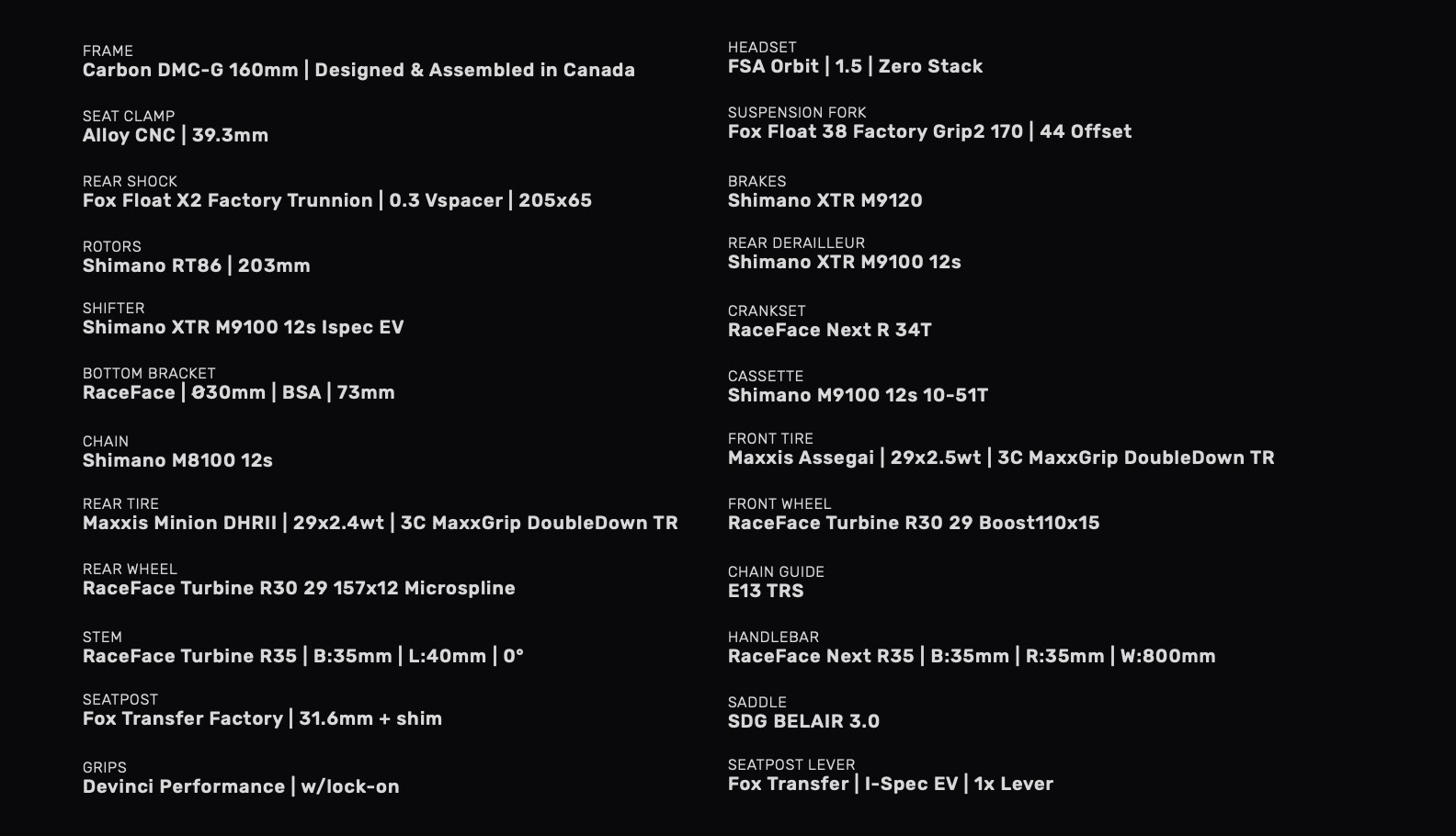 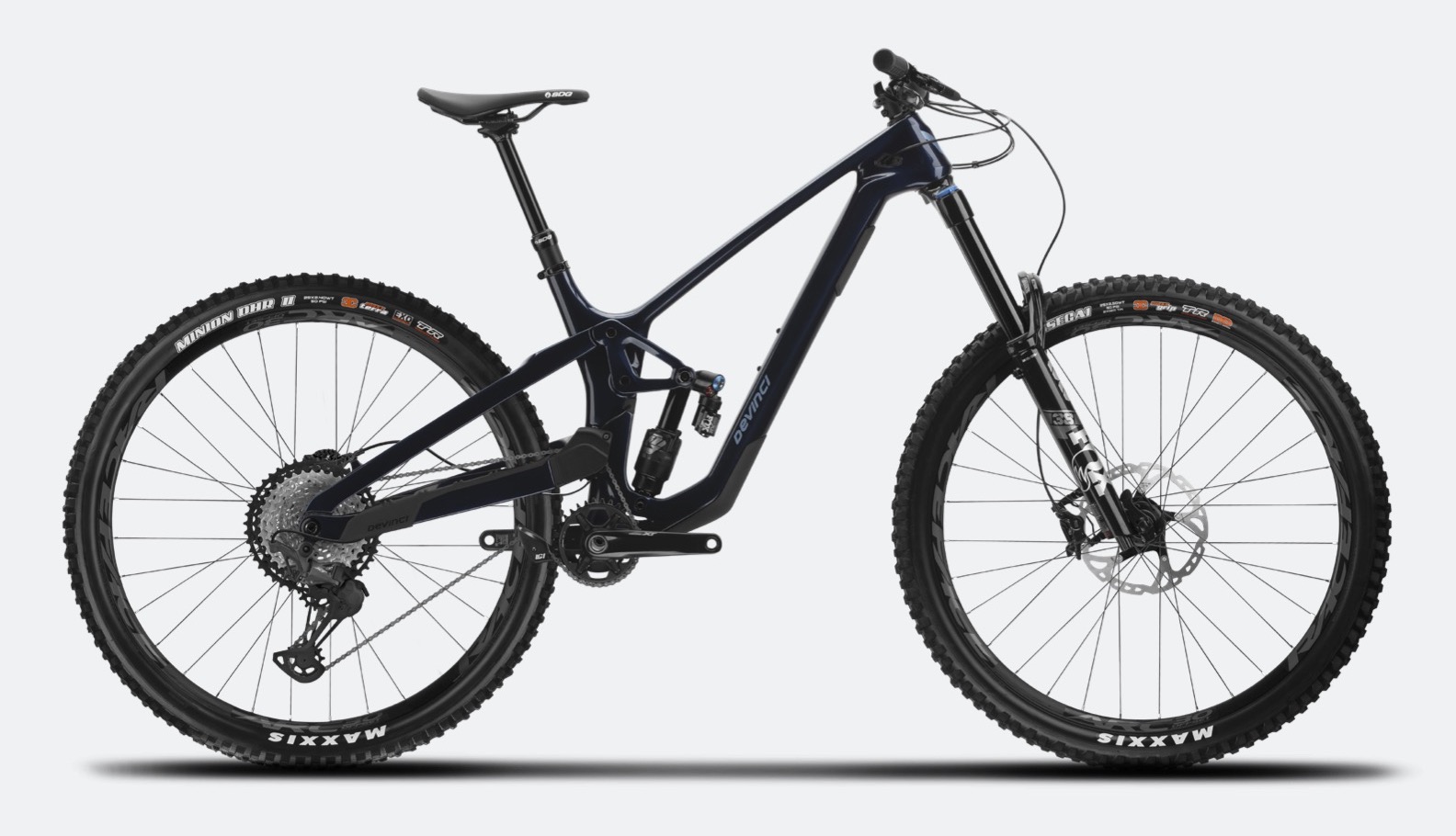 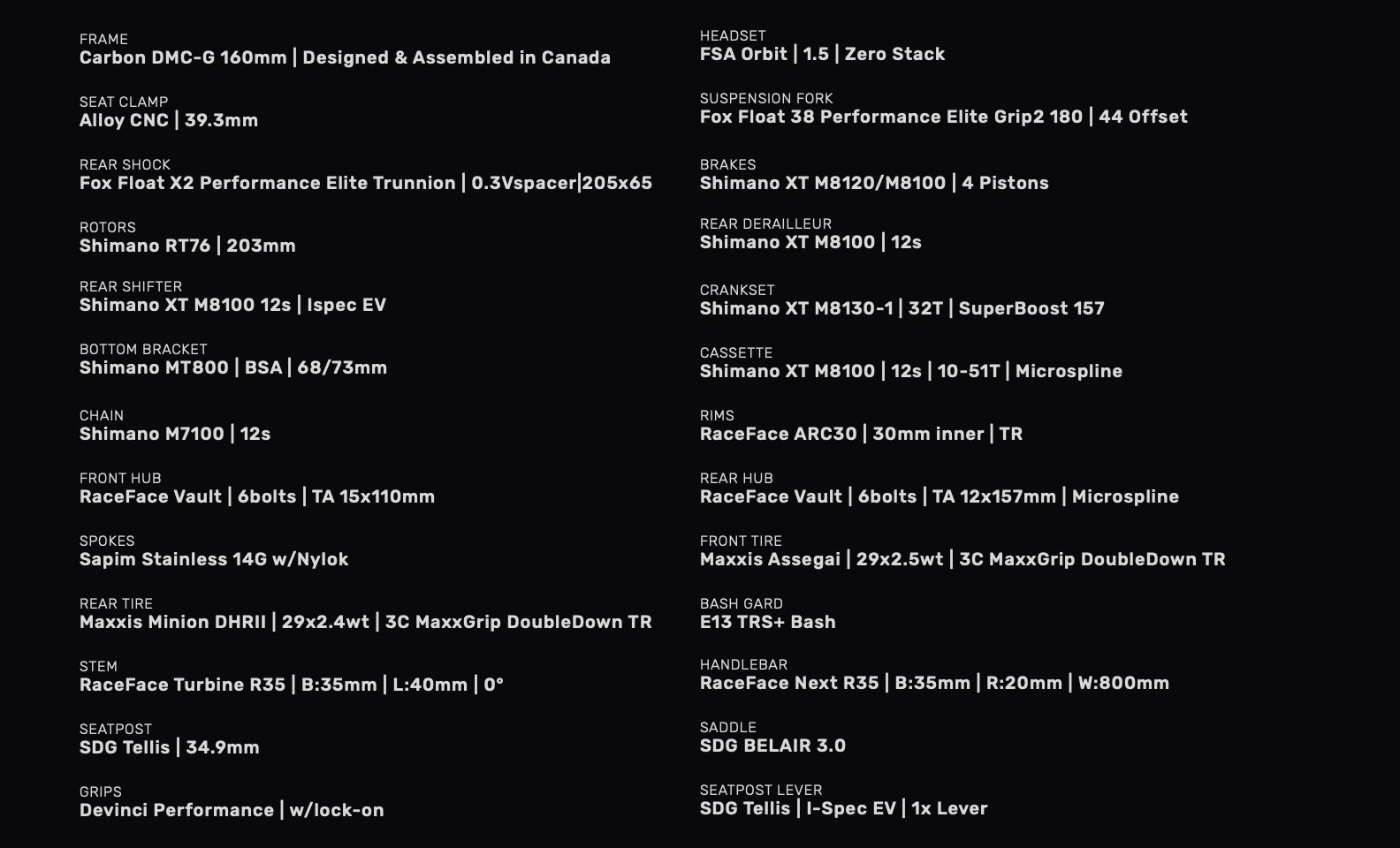 Payson McElveen Crosses Iceland in One Day with Human Power Only