The DH circuits next stop is in the United States for the only non-European location of this 2021 UCI DH World Cup season which will see athletes engaged for two consecutive stages in the same week. Today the qualifying heats of race 1 were run, setting the stage for this intense week of competition on the US track which, in terms of technical sections, proves to be up to par with the rest of the circuit, which is particularly demanding this year.

Finn Iles climbs to the top of the rankings – a spot he has not reached since he was in the Junior category, an excellent result despite being only the qualifying rounds, but still useful for earning points for the overall. Second position for Benoit Coulanges while Luca Shaw and Dakotah Norton, third and fourth respectively, benefit from the home air. Fifth position for Amaury Pierron. 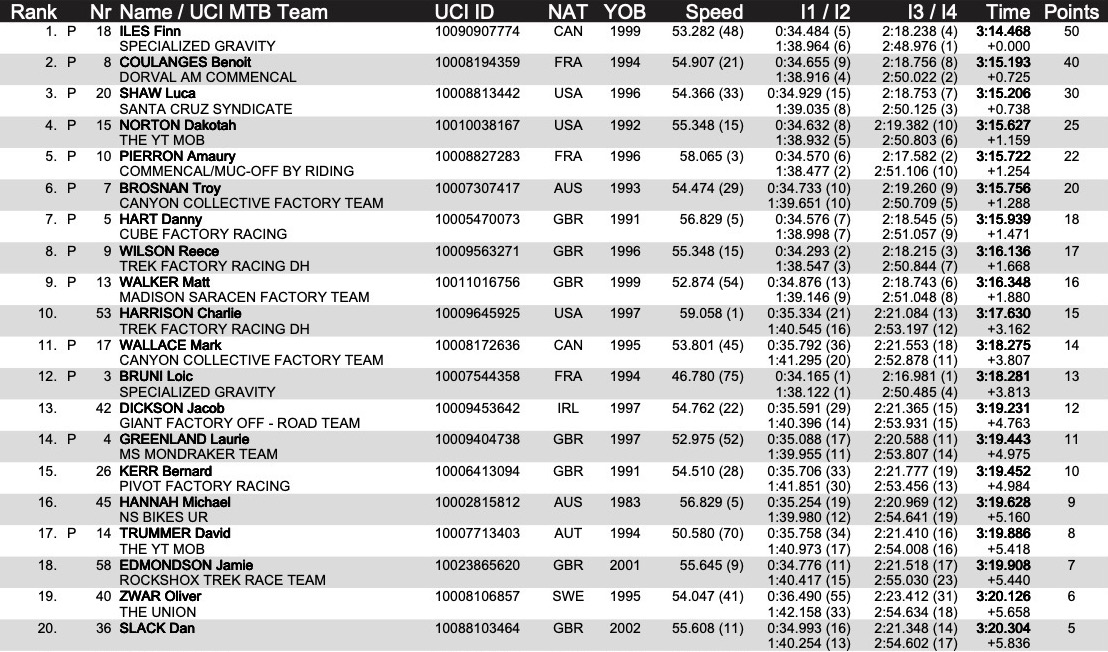 The world champion Myriam Nicole continues in her excellent form and takes first place with an impressive gap of more than 7 and a half seconds over her first pursuer, Camille Balanche. Third place for Valentina Höll shortly after the Swiss athlete. Nina Hoffmann conquers an excellent fourth position followed by Marine Cabirou.

Confirmations of the world champs jerseys were also seen in the youth categories with world champs Jackson Goldstone and Izabela Yankova both at the top of the standings of this qualifying round and both with a rather large margin on their direct persuants.

Tomorrow the final heat will take place, broadcast on Red Bull TV at 6.30 pm for women and at 7.45 pm for men.