After spending much time on the Mondraker Foxy 29, the Italian distributor sent us a Yeti SB150 frame for long term test. It’s a bike of the same type and with the versatility necessary to be able to do loads of bike park laps as well as long human powered days. Here’s a look at the build and assembly, even if over time it will change because we’ll use the frame to conduct different tests of various new components. 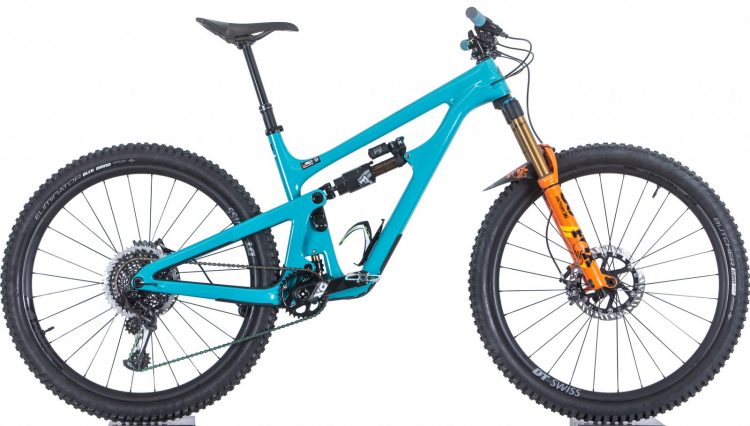 The SB150 is a 29-inch bike with 150mm of travel at the rear, managed by a Fox Float X2 with a lever for quick compression lockout. I have combined it with a Fox 36 Factory Grip2 fork with 160mm travel and 37mm of offset. 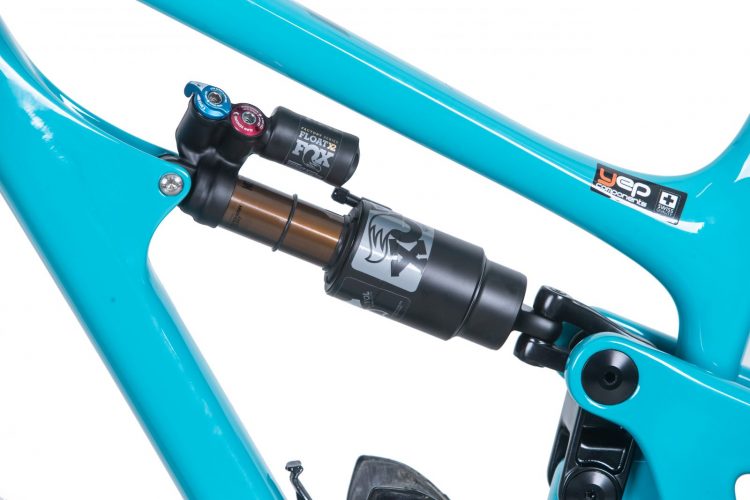 The suspension system is the Infinity Switch, which has been the go to on all Yetis for yearsnow. Compared to the first version, it is now better protected from dirt thrown by the rear wheel because it is recessed into the frame. 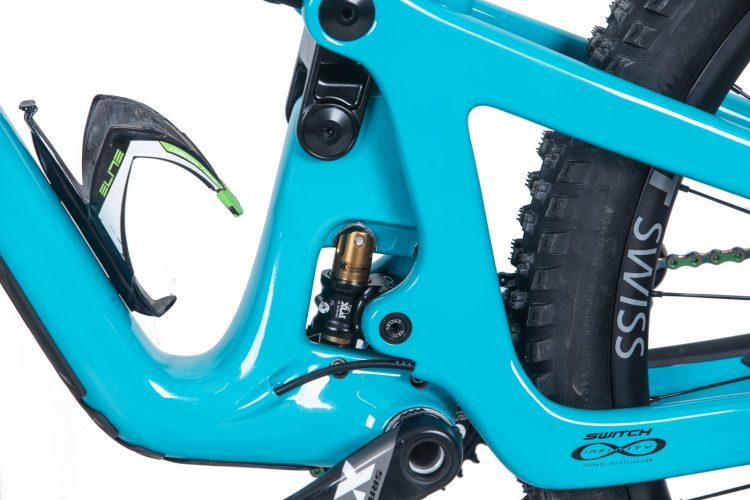 An absolute novelty is the new Yep Components Uptimizer 3.0, in an advanced prototype phase. What you see in these photos has 155mm of travel and is by far the most sensitive and plush I’ve ever tried. You can immediately feel it even lowering the saddle with your hand when you are off the bike – it takes very little pressure to actuate it. It also has no side-to-side play, we’ll see how it fares long term, at the end of the test.

The standover is very low, even for me on a size Large frame for me at 179cm tall with a 74cm saddle to bottom bracket length. 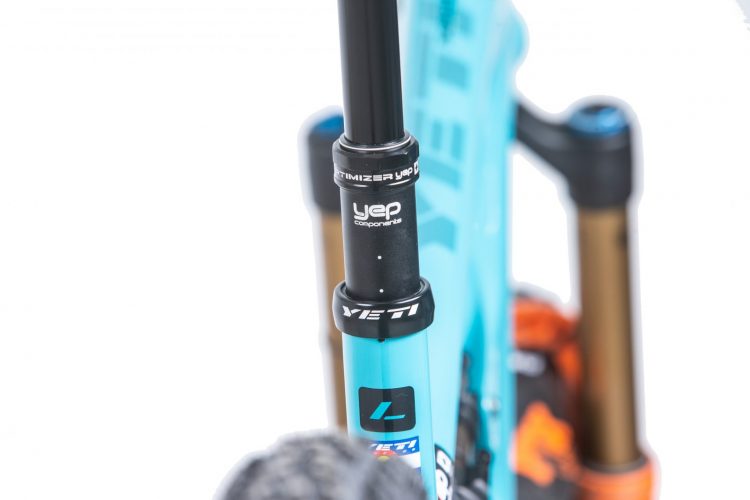 What makes the Yep post very interesting is being able to do maintenance yourself, without the need for special tools. The bleed port located at the top (under the saddle) allows the air entering the system to be removed. Another gem, which is not seen, are the tokens that increase the progressivity at the end of the stroke, making the impact less abrupt when the saddle is completely lowered. In this there are two that will be present in the package. 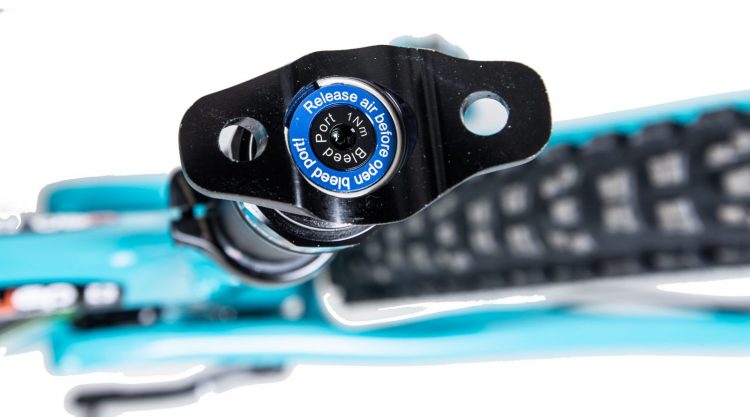 The details are very accurate, like the minimum and maximum pressure to insert (click on the photo to enlarge). The Uptimizer 3.0 will be on the market from the beginning of 2020, if you have any questions posted here in the comments, @church will answer. 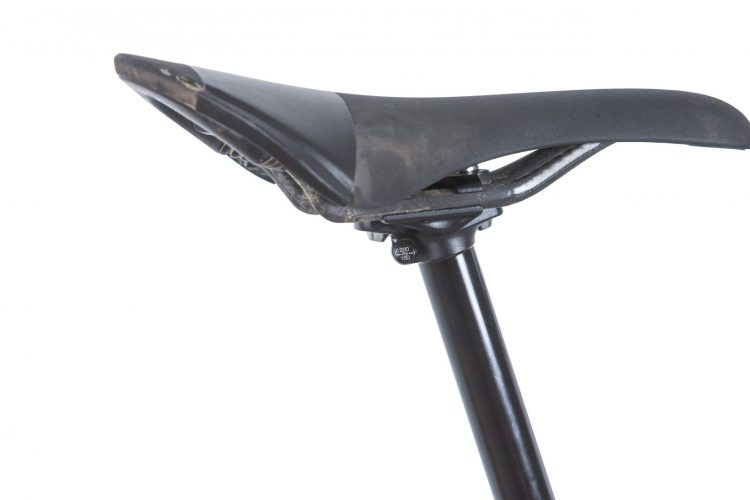 The wheels are the new DT Swiss EXC 1200 Spline 30 , with the new Ratchet EXP that we presented here . The rims are carbon, with a 30mm internal diameter. The detected weight is 810 grams at the front and 930 grams at the rear, which is quite light for a 29″ wheelset.

Also the rubber coating is new, these are the Specialized Butcher (front) and Eliminator (rear) 2.3 “and with the new Grid Trail carcass, lighter than the Black Diamond but more puncture resistant than the Grid. The weight is 1,028 and 1,075 grams.

The braking system is a Magura MT7 with new MDR-P discs, both in 200mm. These discs are designed for heavy duty use and are even available in a 220mm diameter. They do not exist under 200mm. 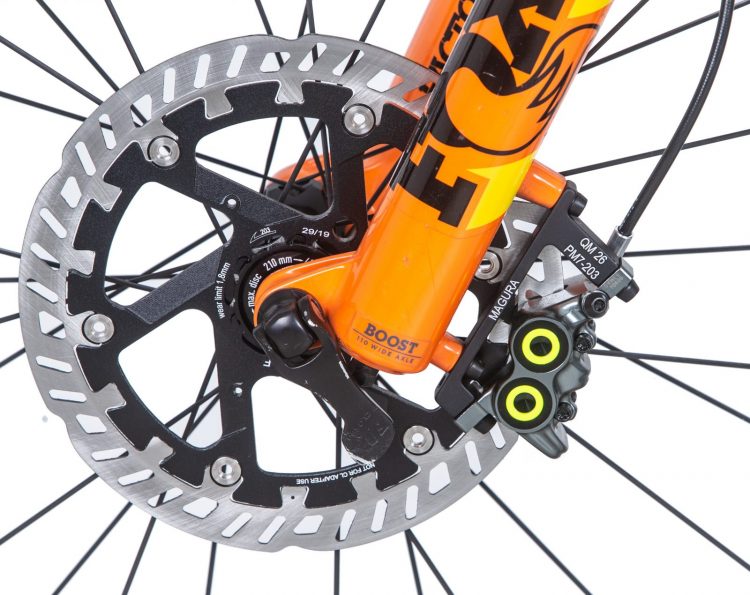 The MT7s are very powerful and will be compared to the Trickstuff Direttissima in a comparative test. Magura also sent us various levers, interchangeable with those fitted as standard, as well as pads with different compounds.

Another novelty is found in the caps of the Fabric 50:01 grips. They are the Mariposa Stopgap, meaning that they are used to store plugs in the handlebar for repairing tubeless tires. One cap has a 1.5mm thick fork, the other has a larger 3.5mm one.

Here they are extracted and ready for use. The plugs are standard fare that can be purchased almost anywhere. 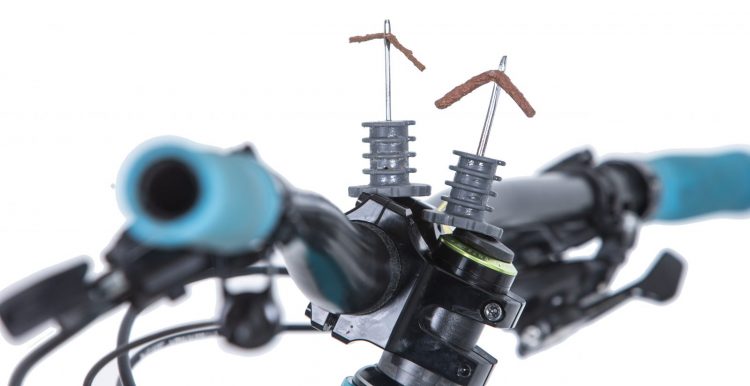 Speaking of handlebars and relative 35mm connection, this is the Pro Taper 800mm, in carbon fiber. 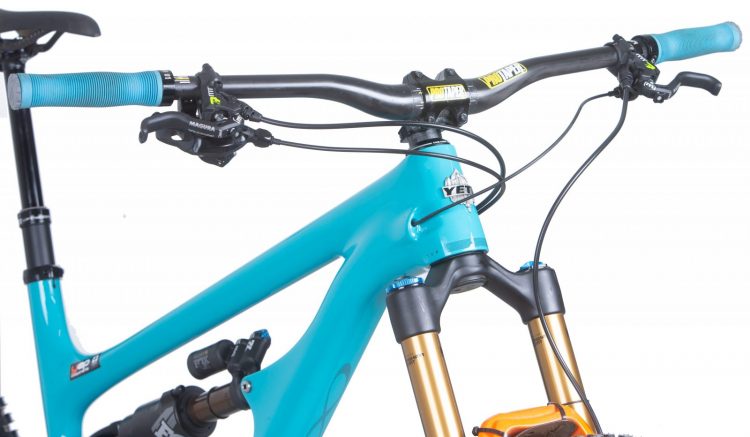 The more attentive will have noticed a thinner cable than most others: it is the one that comes with the remote for the Uptimizer 3.0. The lever remains unchanged, but the cable is thinner and should work better. 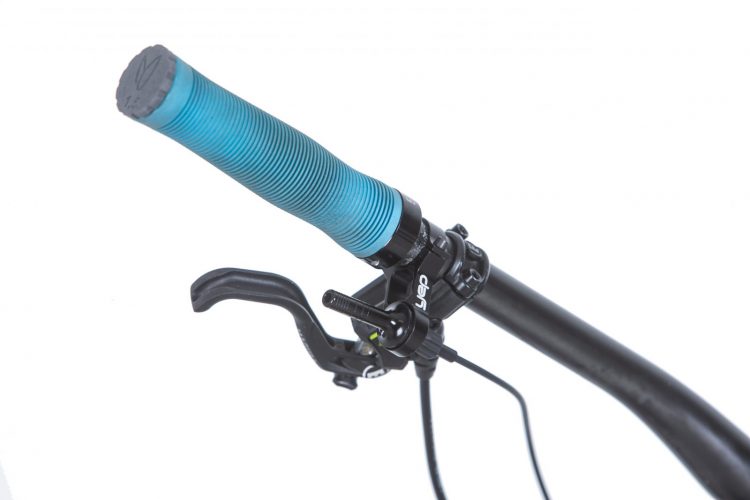 In the head tube I couldn’t miss out on the One Up Components EDC Tool, now inevitable on the bikes I ride long term. In the extension I put some spare plubs. 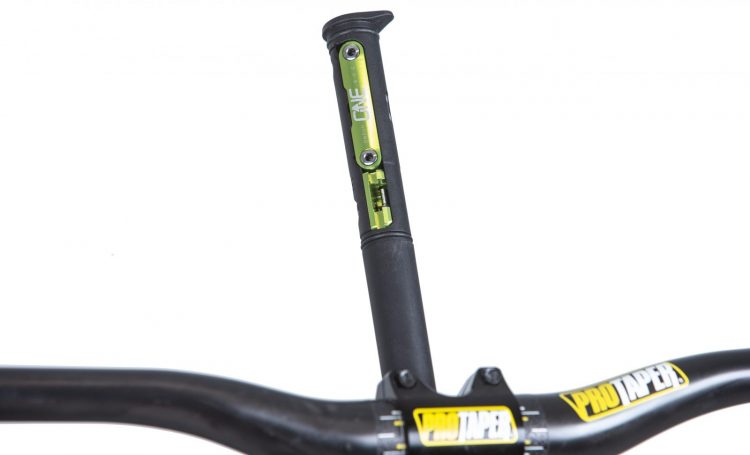 As you may have noticed, I didn’t say much about the drivetrain, a 1×12 SRAM Eagle. My AXS wireless derailleur and shifter are missing, lost for about a month around Europe in a package that should arrive in the coming days. I will update the photos as soon as I have mounted them.

Finally it is worth mentioning that mounting the SB150 was very easy to build, thanks to the sleeved internal routing, which also makes it very quiet on the trails. The passage of the dropper seat post is also well thought out, because there is a small door under the bottom bracket that allows the hose to be directed around from the seat tube to the down tube.

The weight of the bike without pedals is 13.75 kg. 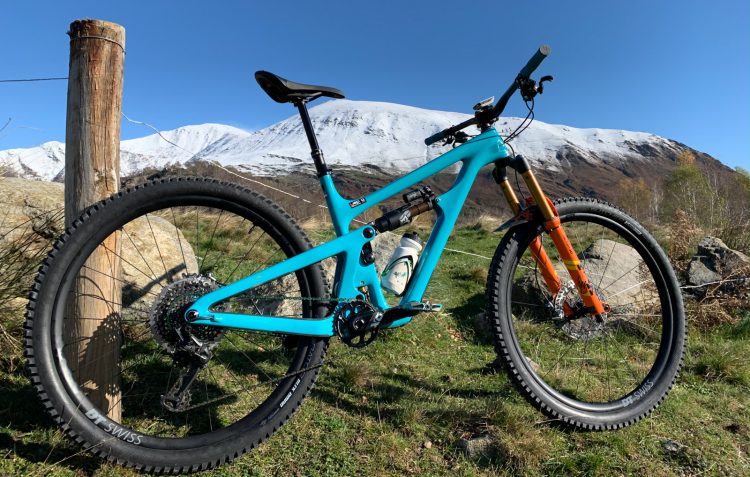