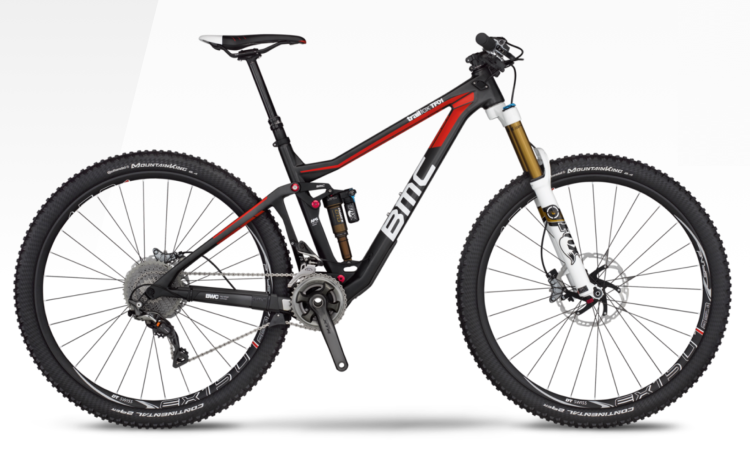 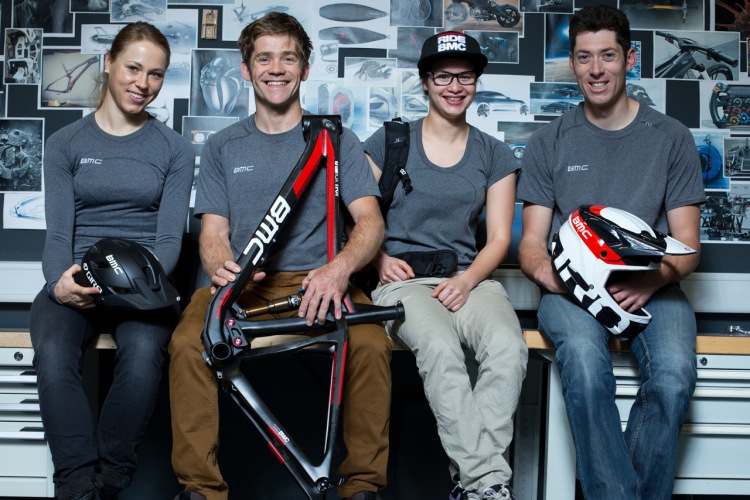 This year sees BMC Switzerland entering its third season on the Enduro scene with a brand new name; the BMC Factory Trailcrew. Four riders, two male and two female, will be defending the BMC colors at the EWS Series and at some other events on the fast growing Enduro calendar of events. The team will be led by François Bailly-Maître. The Frenchman had a great season last year, scoring a second place at the EWS in La Thuile and winning Trans-Provence.

François has been with the BMC team since 2013, the first dip the premium Swiss cycling brand took into the muddy Enduro scene. He has been very active in the development of BMC’s Enduro mountain bike line, and saw the collaboration paying off last season. In 2015, he wants to keep “having fun on the bike” which, according to him is a “key to success”. He will be racing the entire EWS series with the objective of winning at least one of them.

New to the BMC Factory Trailcrew, Lorraine Truong is in the starting blocks. What the Swiss female rider lacks in size, she makes up for in character, enthusiasm and aggressive riding. She is very keen to display her talent on the very bike that she helped to develop in her part-time role as a bike construction engineer at the BMC headquarters in Grenchen. Last year, Lorraine rode independently and was not only a rider but also a mechanic, a cook, and a manager. It is now time for a change. “BMC Switzerland gives me the opportunity to work and race. How great is that? I really want to capitalize on what is offered to me – dream material, a professional structure and ideal training conditions – to keep improving”. Lorraine achieved a 6th place at the EWS in Whistler last year and she intends to get up on the podium box this season. She will also take part to a few DHI events including the UCI Mountain Bike World Cup in Lenzerheide, Switzerland.

Florian Golay from Switzerland and Kerstin Kögler from Germany have extended their contracts with the BMC Factory Trailcrew. They finished 1st and 2nd respectively of the inaugural Shimano Epic in 2014. No doubt they want to win there again this season. They will also be focusing on the European rounds of the EWS and some other regional events.

The BMC Factory Trailcrew will be riding the Trailfox TF01 29: “It has a concentration of technology that allows me to ride clean and fast” says François. “Some riders don’t believe in the 29’’ wheel size but I am convinced it is a great asset. The sensation of speed is not the greatest, but the reality is different and the clock speaks for itself”.

According to David Zurcher, BMC Switzerland CEO: “Enduro has been the fastest growing cycling discipline for the last three years. It is an evolving platform that pushes bike manufacturers to develop performance mountain bikes that answer the needs of these particular riders. We count on the continued feedback from our athletes to develop new bikes and their solid performances to verify them and we have some very exciting developments in the pipe-line for next season.”