The Dutch-Portuguese pairing of Hans Becking and José Dias, riding in the colours of Buff Scott MTB, rode a flawless race to win Stage 4 of the Absa Cape Epic. The stage was a 73km rapid-fire race from Saronsberg, Tulbagh to Goudini Spa in the Slanghoek Valley.

Overall leaders Matt Beers and Jordan Sarrou (NinetyOne-songo-Specialized) claimed second on the day, extending their overall lead through skill and circumstance – their nearest rivals, Canyon Northwave MTB, abandoned the stage before the start due to stomach complaints for Martin Stošek. Andreas Seewald continued as a solo rider but is out of the racing.

The BULLS rider Simon Schneller was also ill overnight but opted to start regardless. Despite the illness, he managed to complete the stage. That leaves Beers and Sarrou with a 00:06:42 lead over Martin Frey and Simon Stiebjahn (BULLS 2). Samuele Porro and Fabian Rabensteiner (Trek-Pirelli) now move into third on the general classification. 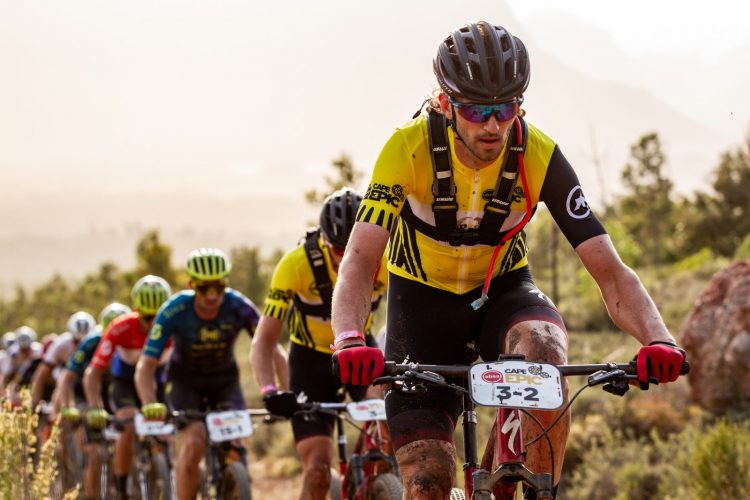 The men’s field started like they were racing for the last Woolworths chocolate milk, with the entire bunch scorching out of the Saronsberg start chute.

A short trail section followed that start, then a portion of tar before another trail took the riders towards a rocky and rough climb through a game reserve (obligatory buck scenery followed).

At this stage of the racing, Phil Buys and Pieter du Toit (Pyga Euro Steel 2 and Absa African Men’s Jersey leaders) were putting the hammer, screwdriver, and monkey wrench down. It was an all-out attack with everything in the toolbox from the South African duo and they led the race for approximately half the stage. 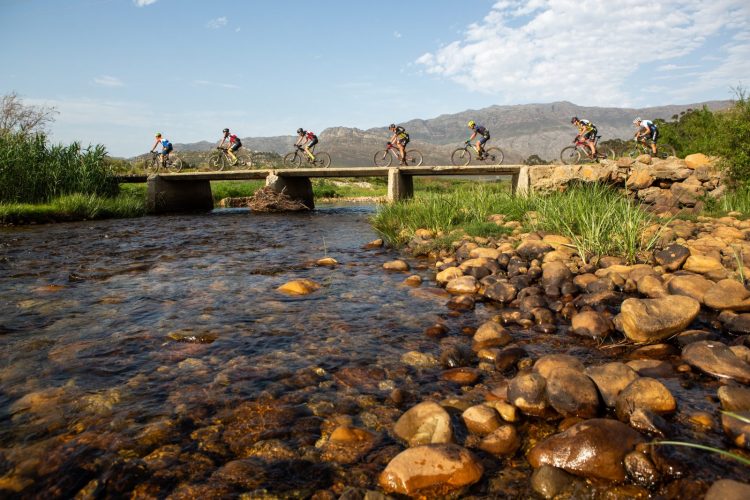 The early pace-setting took its toll, though, with Becking and Dias making their move around the 45km mark on the flattish middle section of the day and then again on the steep climb towards the Slanghoek Trails.

Beers and Sarrou, BULLS 2 and Trek-Pirelli attempted to hang with the leaders, but once onto the Slanghoek Trails, Buff Scott MTB were able to further extend their lead. The eventual winners had no trouble on the twisty, technical trails, and were able to ride home to the Goudini Spa finish with uninterrupted views of the stunning Slanghoek Valley.

“We take every stage day-by-day,” said Hans Becking. “You wake up and you ask your legs how they are doing, then you wait to see how you feel. Coming into the event we had focussed on the second half of the race, and today we just had super legs. We felt good right from the start, so we knew it was go-time today.” 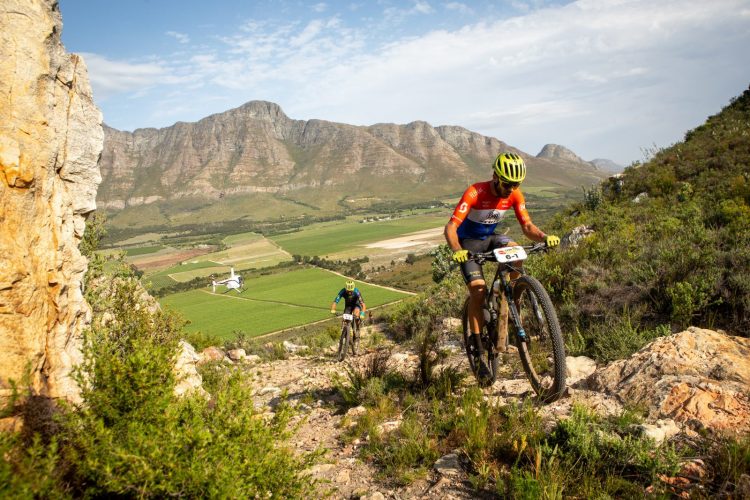 José Dias added that the singletrack trails made it a pleasant finish. “There were some really fast parts in the beginning. Then there was some sand, then rocks, a bit of everything. The trails at the end were really nice and the bikes handled very well. I enjoyed the ride a lot today and the bonus was the stage win.”

The weather forecast promises heavy rain over the next two days, something that doesn’t bother Dias. “I am from Portugal and Hans is from Holland; it rains a lot there. So we say ‘bring it on’.”

In the race for the yellow jersey, Beers and Sarrou were happy to play second fiddle on the stage. “I’ve really enjoyed the week so far,” said Sarrou. “The trails were really good today. We just rode consistently and worked nicely as a team. I’m very happy with the result for us today.”

Stage 5 is an 84km trail-riding festival with 2900m of climbing in and around the trails of Wellington. The first climb of the day is aptly named ‘Heavy Legs’, a section of the ride that could set the tone for the day.

Early on the stage, it looked like their 2021 Cape Epic domination might be broken. The Computer Mania MTB duo of Cherie Redecker and Adelheid Morath burst into life right from the start. Seemingly startled by the early pace-setters, Salusmed responded, as did the overall leaders NinetyOne-songo-Specialized. The three teams formed the lead bunch, with Luthi and De Groot looking in great form. 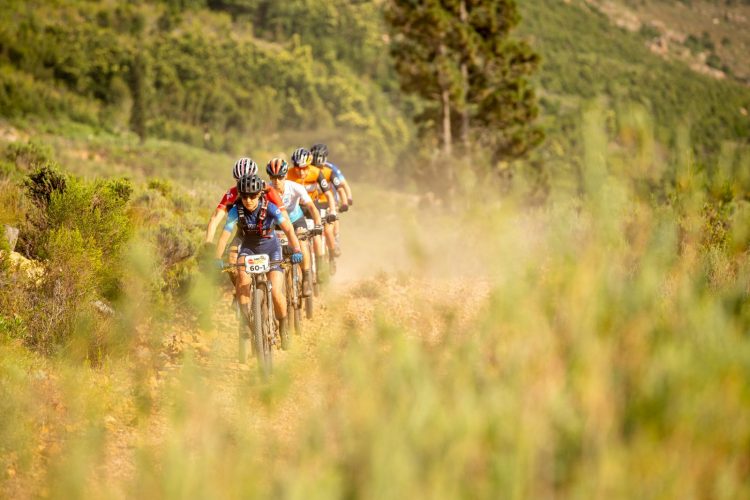 After a sluggish start, Faces CST’s Candice Lill and Mariske Strauss then hauled in the leading riders – not long after the racing led to a bad crash for Luthi. At the finish, she made her way straight to the medics.

“We were going really well and feeling good,” said Luthi. “Candice and Mariske were putting the pressure on – then I am not sure what actually happened. I hit something, went down, and landed on a rock. It was incredibly painful. I gathered my bottle, but I think I was in a bit of shock from the crash and it took me a while to get going again.”

By now, Frei and Stigger had pulled away but Faces CST was able to claim second place on the day. “After four crashes on four stages of the race my body was kind of in survival mode today,” said Mariske Strauss. “But we pushed through to the end and were glad to take second.” 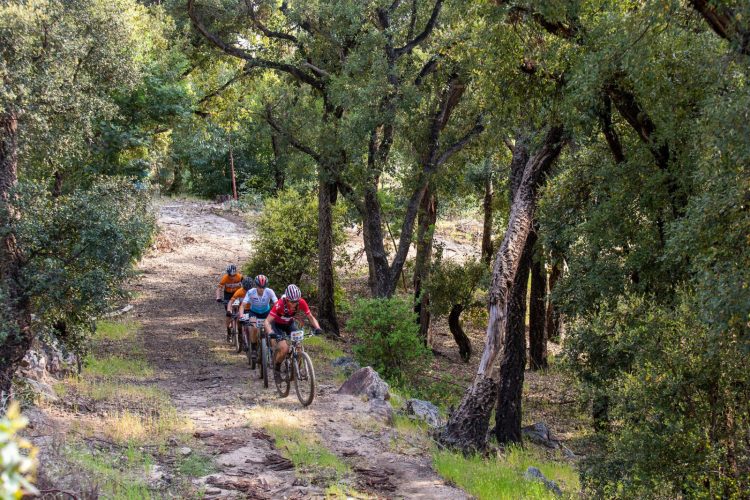 Lill added, “It wasn’t the perfect day for us and we had some struggles early on but we came back strongly and had a solid finish.”

For Stigger and Frei, the comfortable lead meant they could take the time to enjoy the trails – even if the toll of five days of racing is starting to tell. “Every day is a little bit tougher,” said Stigger. “The body is definitely feeling it. But there were amazing trails today and we really enjoyed riding them; that makes it easy to get up in the morning when you know you are going to ride good trails.”

Stigger added that teamwork has been crucial to their successful ride so far. “We’ve had good teamwork. We race together in Europe, we are friends, so that makes it easier to ride and race together.” 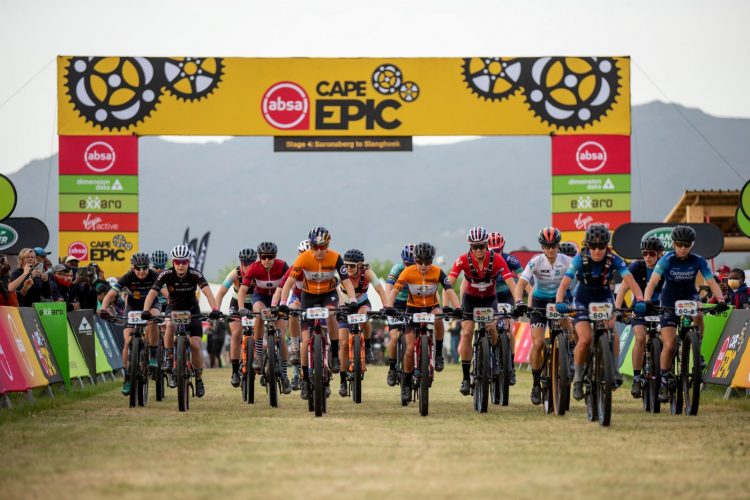 Stage 5 of the Absa Cape Epic will take riders on a route that embraces Wellington’s trail network. Pre-ride homework and teamwork will be crucial.