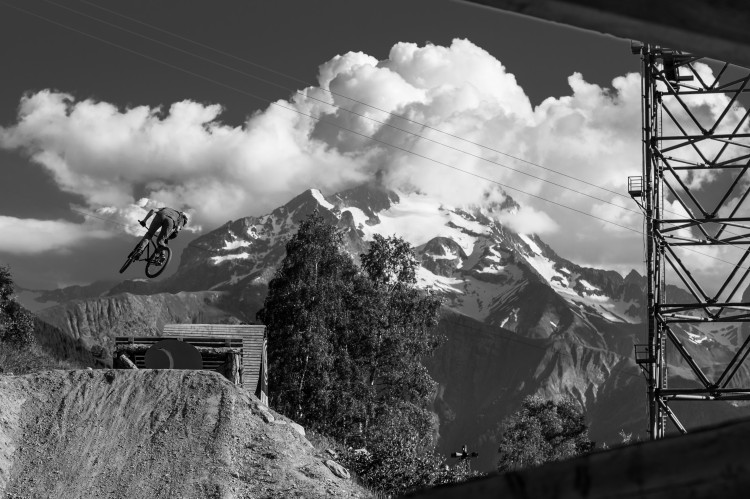 The beauty of this event is there are no rules!  Developed by Sven Martin, a mountain bike photographer who knows his whips, this event will bring the racers and the freeriders together to end the argument once and for all – who has the best style? You can’t buy it and while you might not pick up a factory ride for winning, you will get the respect of every single rider in Les 2 Alpes.

Document to present for the registration on place
– FFC / UCI licence code or medical certificate (available under 3 months)
– Parental form consent for under 18YO.

NO REGISTRATION ONLINE POSSIBLE. ONLY ON PLACE. 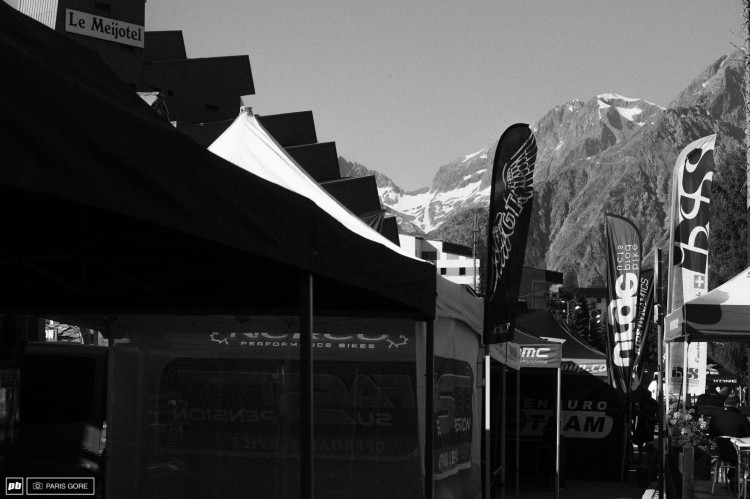 A rare opportunity for those without UCI points to go head to head against the best downhill bikers in the world!  The iXS European Downhill Cup will roll into the Les 2 Alpes valley this July for the only French round of Europe’s premier downhill mountain bike race series. After having held a stage of the World Cup and the coupe de France VTT descente, Les 2 Alpes has decided to modify the 2012 course to make it shorter with more accessible jumps, but just as spectacular!

This year promises more accessible features alongside big gap features and an added double track so that everyone can enjoy the course: a plan always committed but made more accessible in 2014 with some big gaps with double trajectories so that everybody can take advantage completely of the event. The world’s top ranked downhillers will be present and it will be a great opportunity for amateur riders to compete against the best.

The best world downhill riders will be present as well as lots of foreign competitors who follow this famous IXS European Cup and it will be an once-in-a-lifetime opportunity for those who have no point UCI (amateur descenders) to confront with the best descenders of the world!?

RATE: 50€ including 3 day MTB pass (access from Diable Chairlift ONLY) and 1 pedestrian pass for Thursday 3rd. 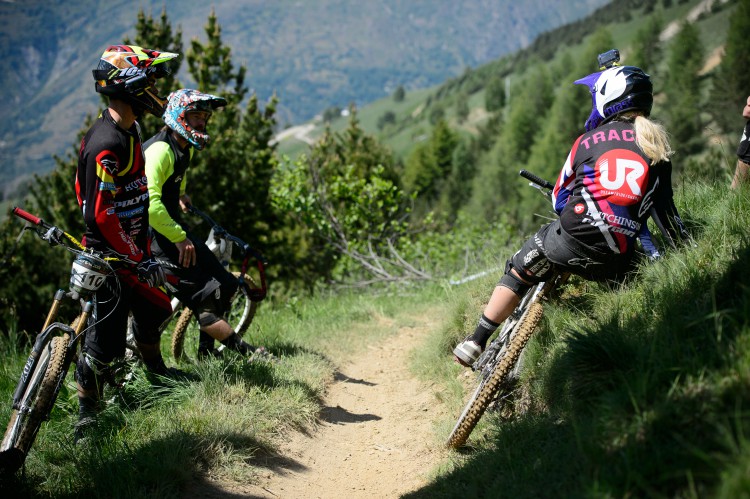 Huge success of Crankworx Les 2 Alpes 2012 & 2013  .  An innovative Dual course located in the heart of the Bike Park. Riders will compete « in battle » on the dual. While this is a head to head battle, style will be the ultimate deciding factor on the final results of this event.  Riders will be attributed a time bonus (in seconds) based on the tricks and style they show on the 2 jumps. Action and adrenaline merge to create a competition open to all (pros and amateurs) but registration is limited to the first 100 people entered. An original concept designed and directed by Pierre-Edouard Ferry and Ayton Concept. 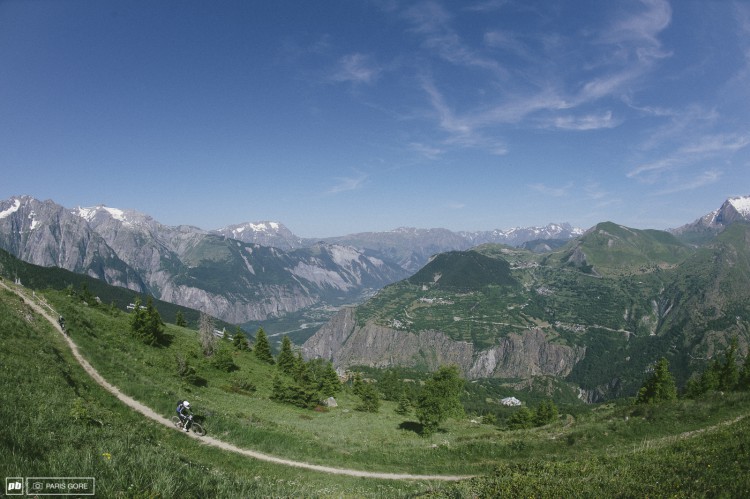 Riders are pitted head-to-head in this BMX inspired dual race format. Pump tracks have been popping up in riding communities all over the world. This race on a small, flat, handbuilt track features rollers, berms and jumps that favour neither downhill racers nor slopestyle ninjas. A crowd favourite at Crankworx Whistler and Crankworx Les 2 Alpes, the Rock Shox Pump Track Challenge is a must-see on the festival agenda!

Programme:
From 6pm to 8pm: training
From 8pm to 8.30pm: qualification
From 8.30pm to 9pm: training for qualified riders
From 9pm to 10pm: final 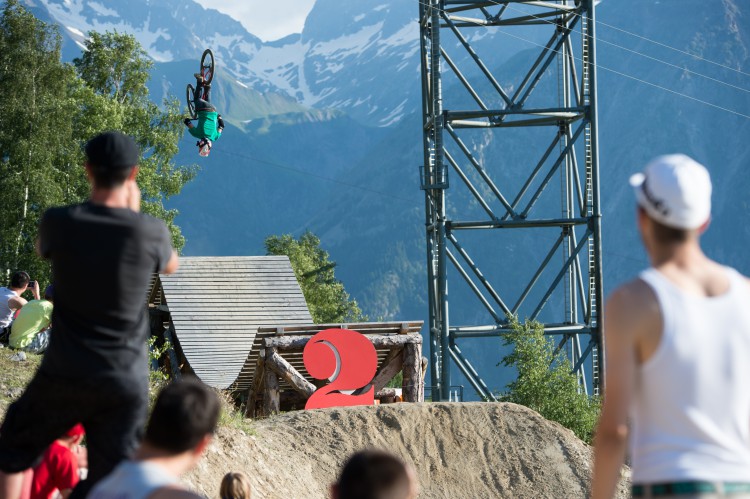 The climax event of these Crankworx Les 2 Alpes 2014 which was in 2012 and in 2013 a Gold event of the world tour FMB World Tour. Thanks to its success becomes this year a DIAMOND one in the same way as the other most prestigious world stages as Red Bull Joy Ride des Crankworx Whistler, Red Bull Rampage, Red Bull District Ride either still Bearclaw Invitational!

ONLY BY INVITATION (on presentation FMB licence code)