Brandon Semenuk doesn’t release trail bike videos, but when he does they’re always unique and that requires a special bike. For “Cascade”, he opted for the custom built Trek Fuel EX that you’ll see below. 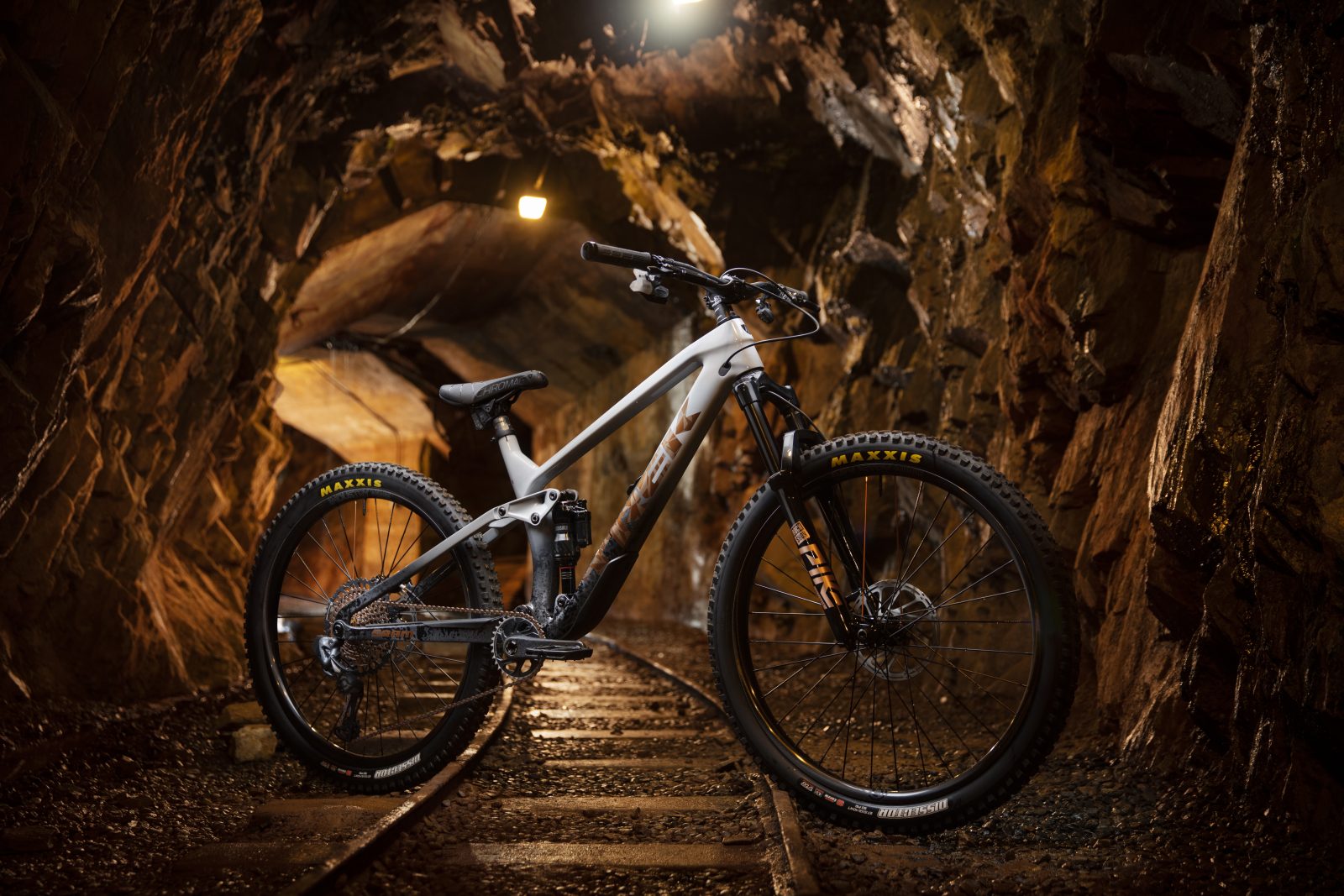 SRAM’s new Eagle colorway features copper coloring, so what better place to shoot the bike than in a copper mine in B.C.? 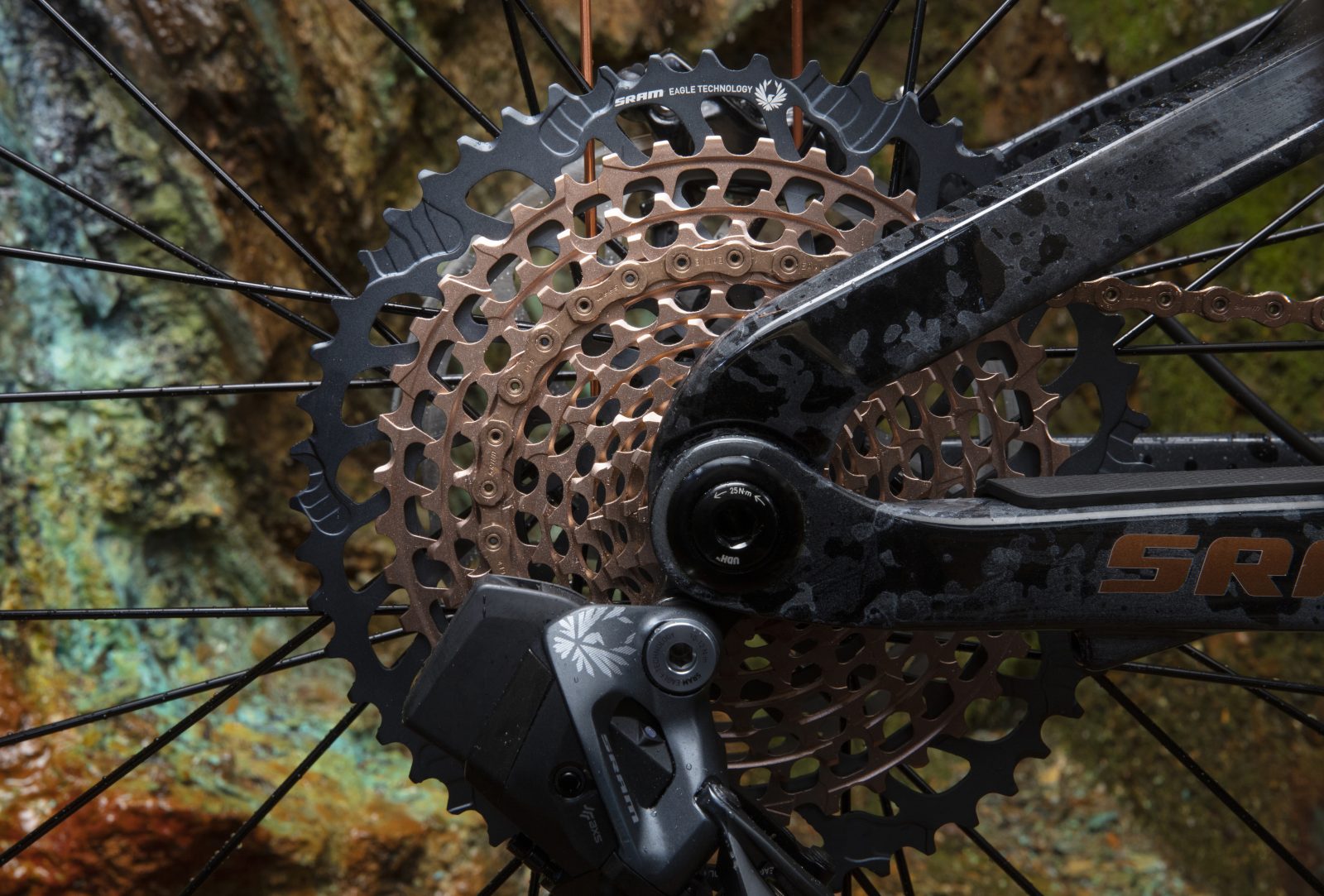 Integral to the video was SRAM’s Eagle AXS wireless electronic drivetrain. This allowed Brandon to do barspins and tricks like a double truckdriver without the hassle of having to run an extra long shifter cable. 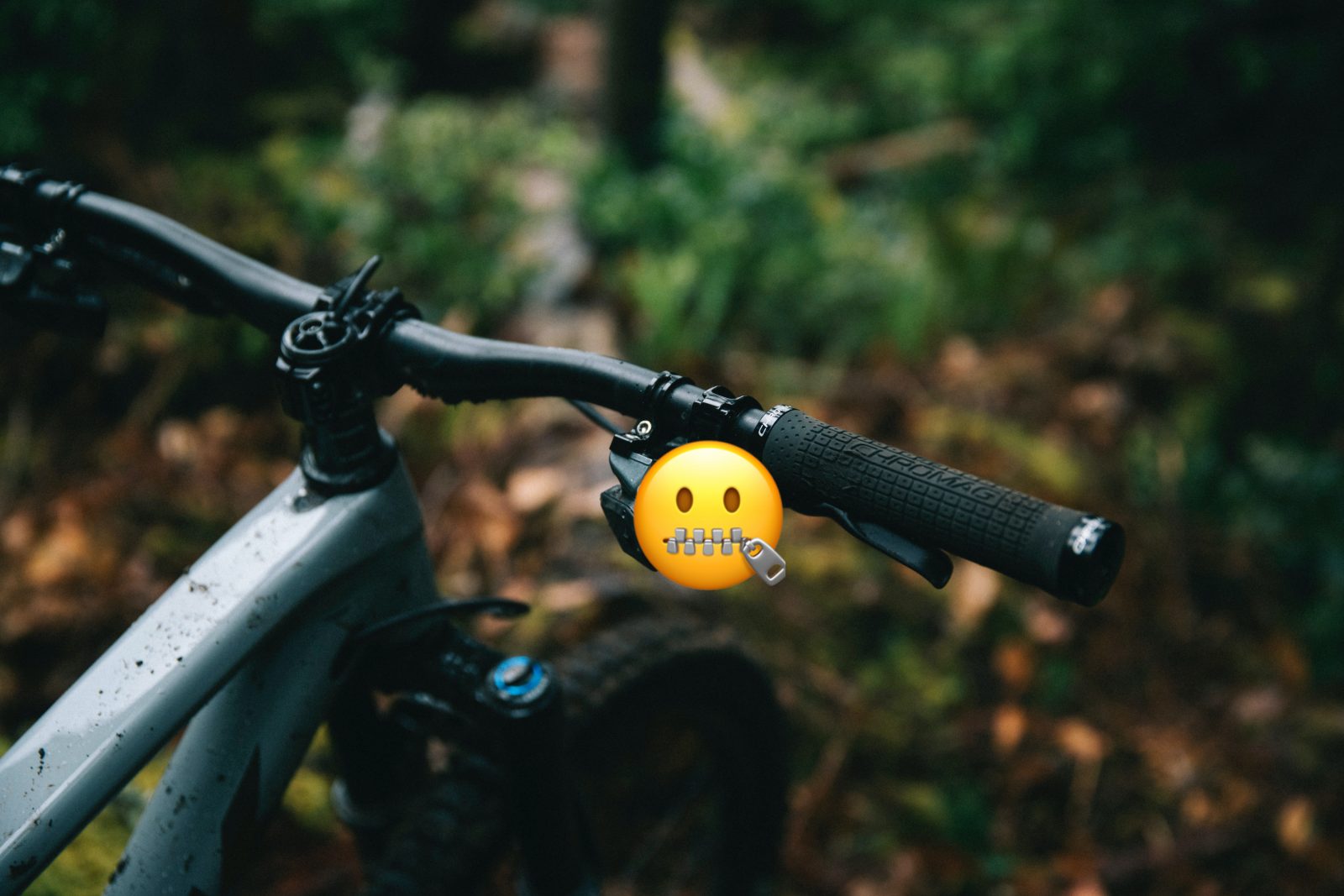 Semenuk was able to run the front brake hose through the steerer tube and just use a longer than normal rear brake hose to let things rip. SRAM Code brakes are the weapon of choice in that regard. A Chromag athlete it’s no surprise to see him running their “Clutch” grips. He also runs their plastic “Synth” pedals and of course his signature “Overture” saddle. 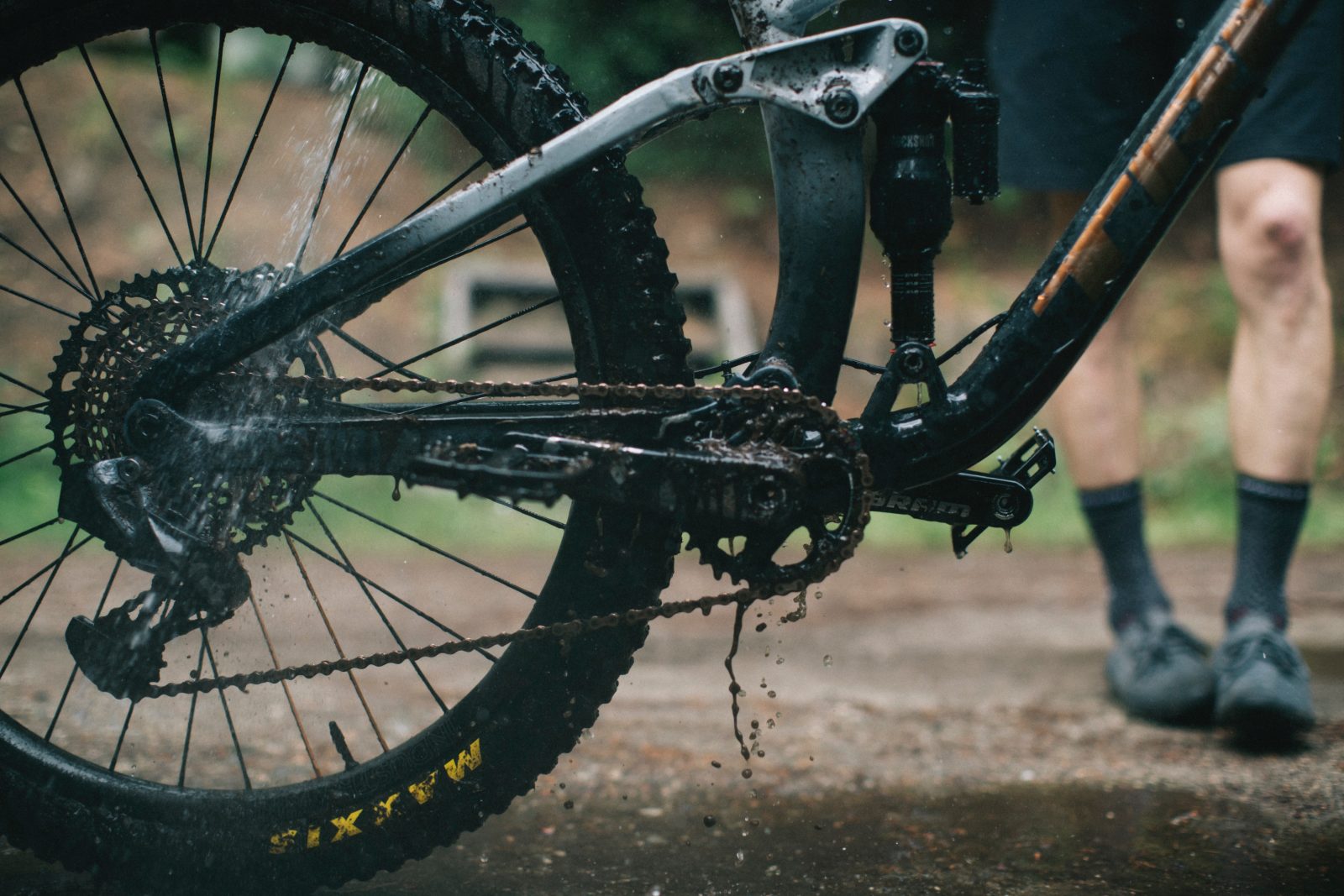 Brandon runs a MegNeg air can on his RockShox Super Deluxe rear shock which provides added support in the beginning of the stroke as well as extra bottoming resistance. 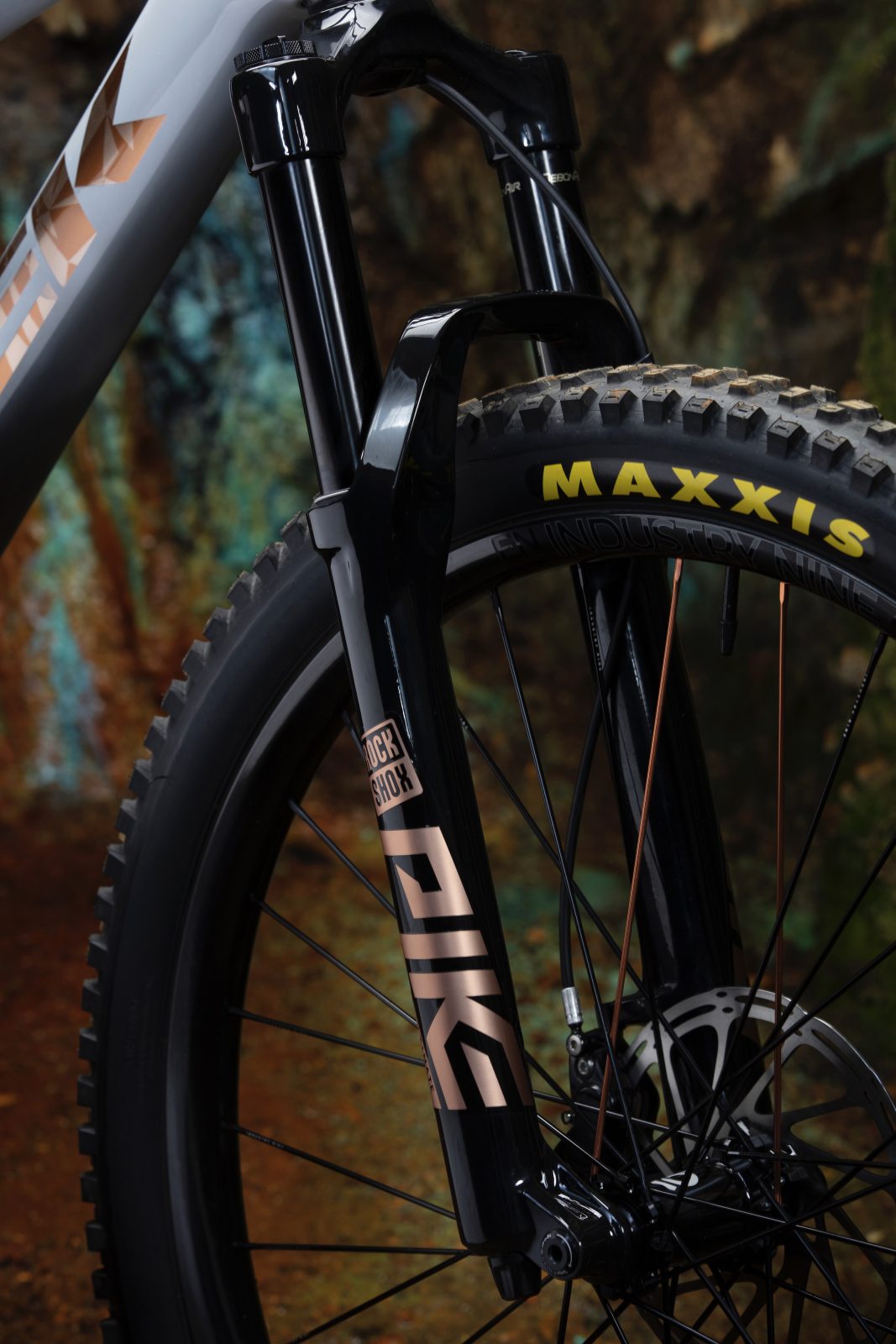 Handling suspension duties up front is a RockShox Pike Ultimate RC2 with 150mm travel and a short offset. Maxxis’ new Dissector tires work as a nice fast rolling option sitting between slope and DH, which is mainly what Brandon rides. 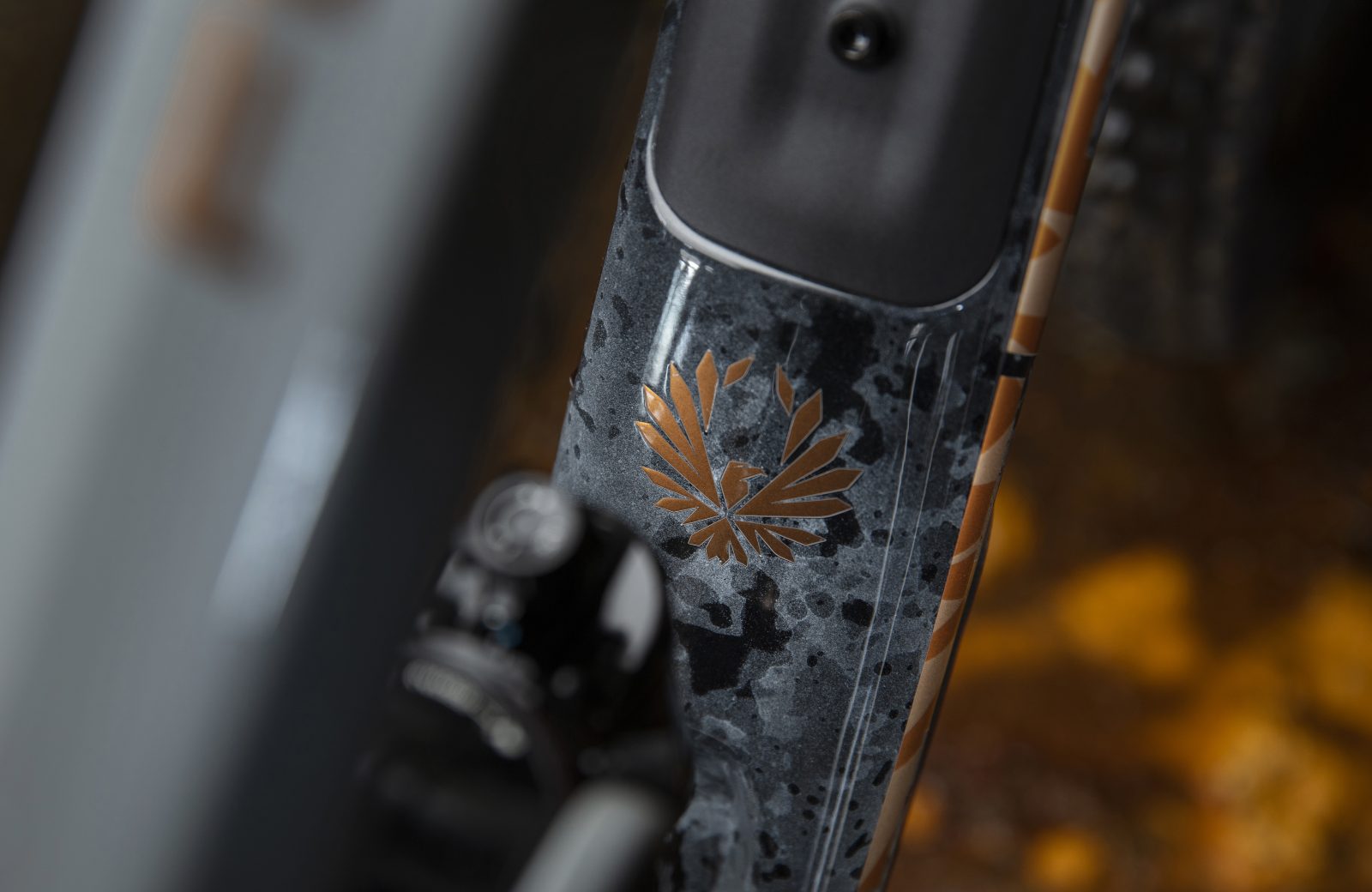 Custom details from the paint shop with the copper colored Eagle hit. Although the type of riding doesn’t necessitate any sort of storage for spares, you can see the trap door sneaking into the photo above for keeping snacks and bits in the downtube. 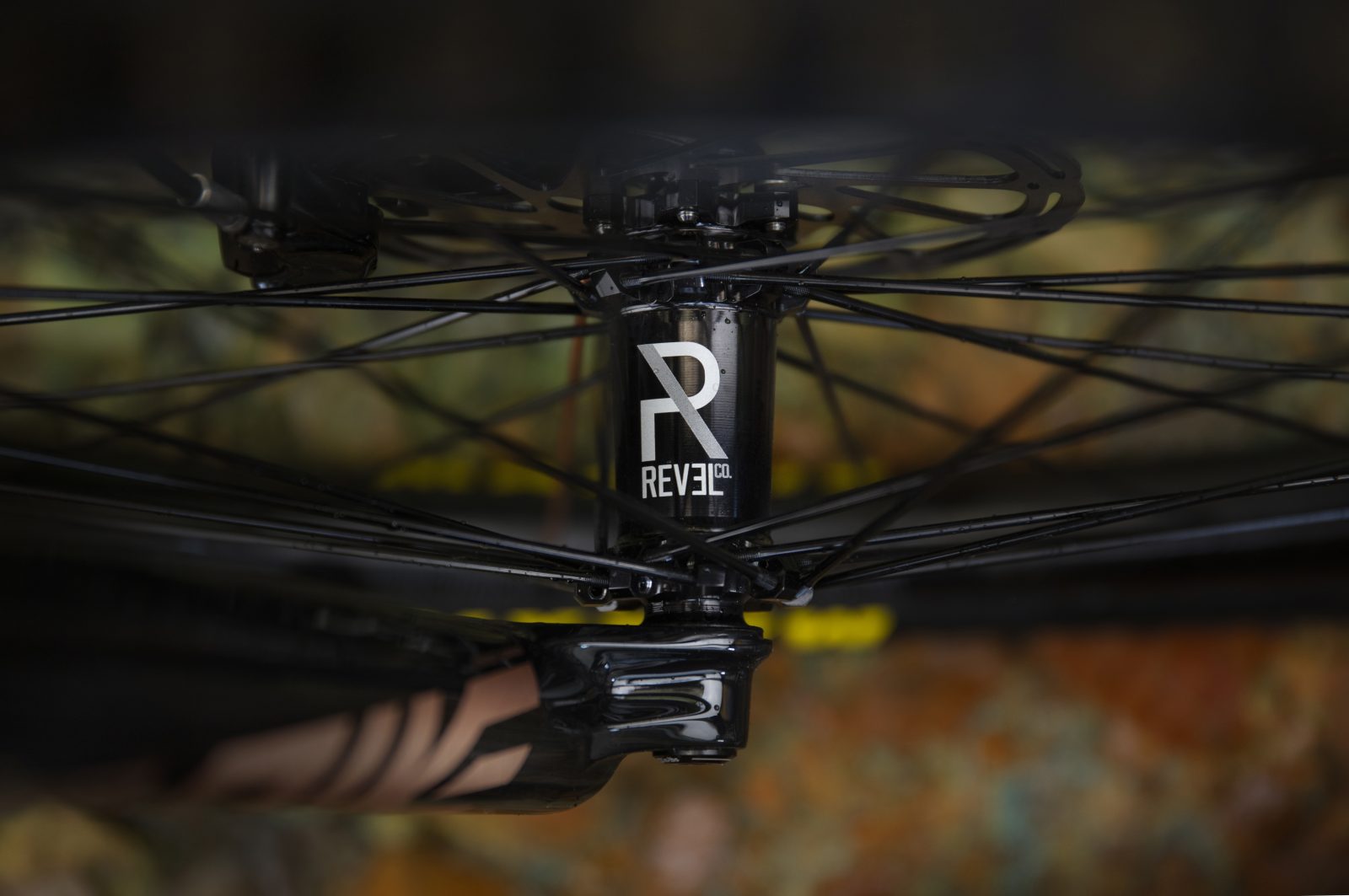 Also receiving the custom treatment were the Industry Nine Hydra hubs. This is the first bike we’ve seen Brandon running carbon fiber wheels on, which is likely indicative of their strength. At some point we’ll work on testing out a set. 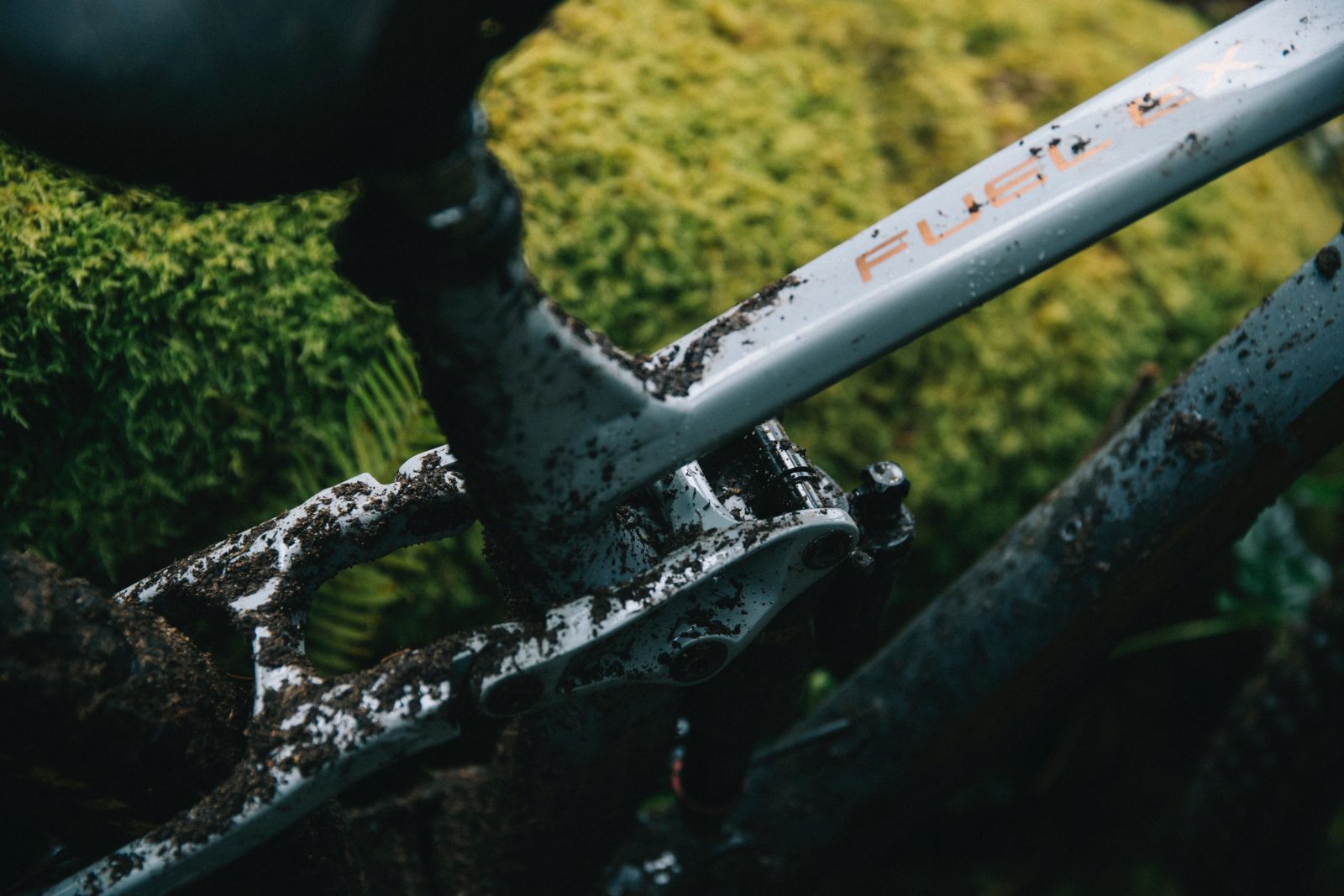 Dirty and happy, as a mountain bike should be…